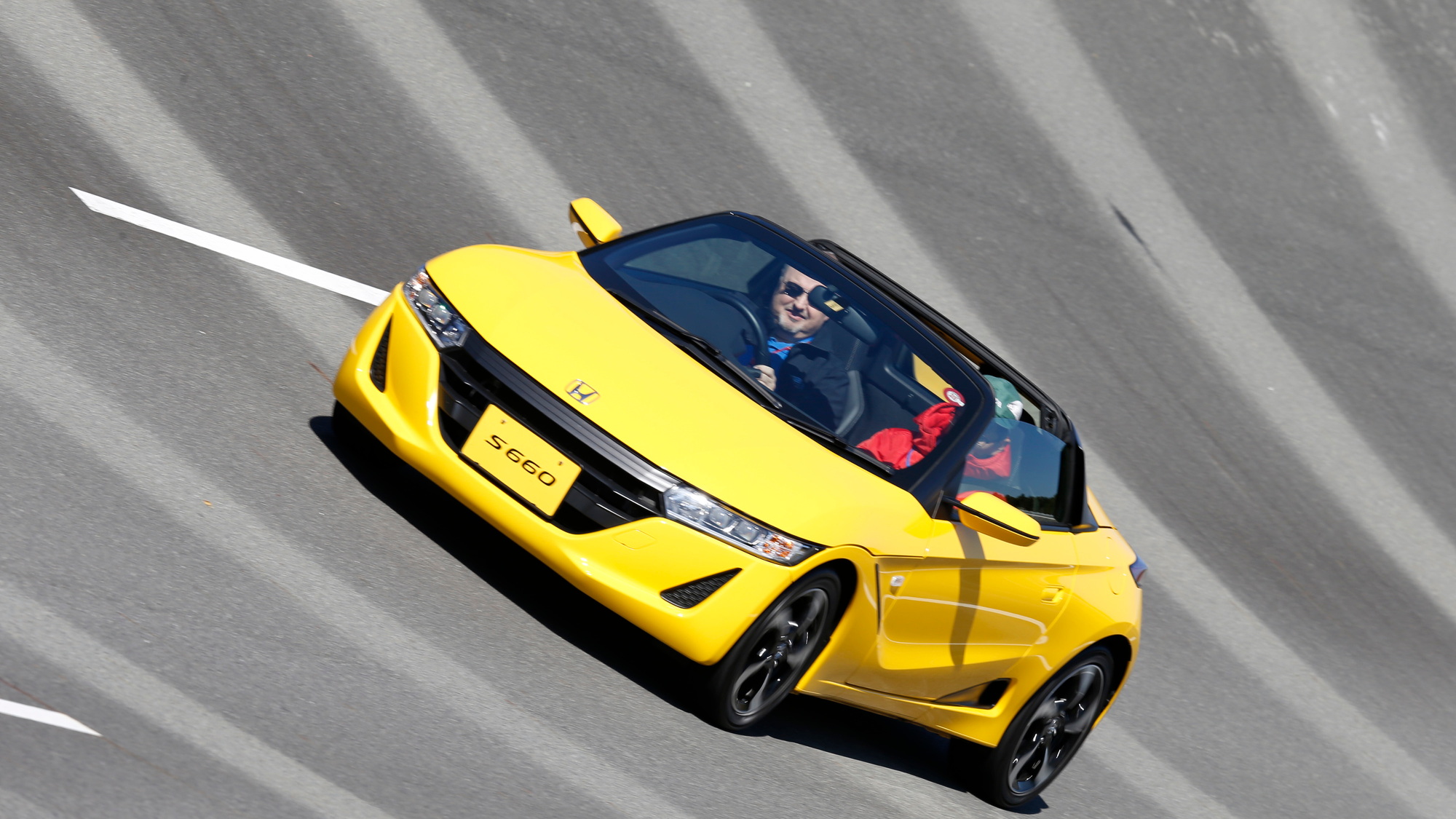 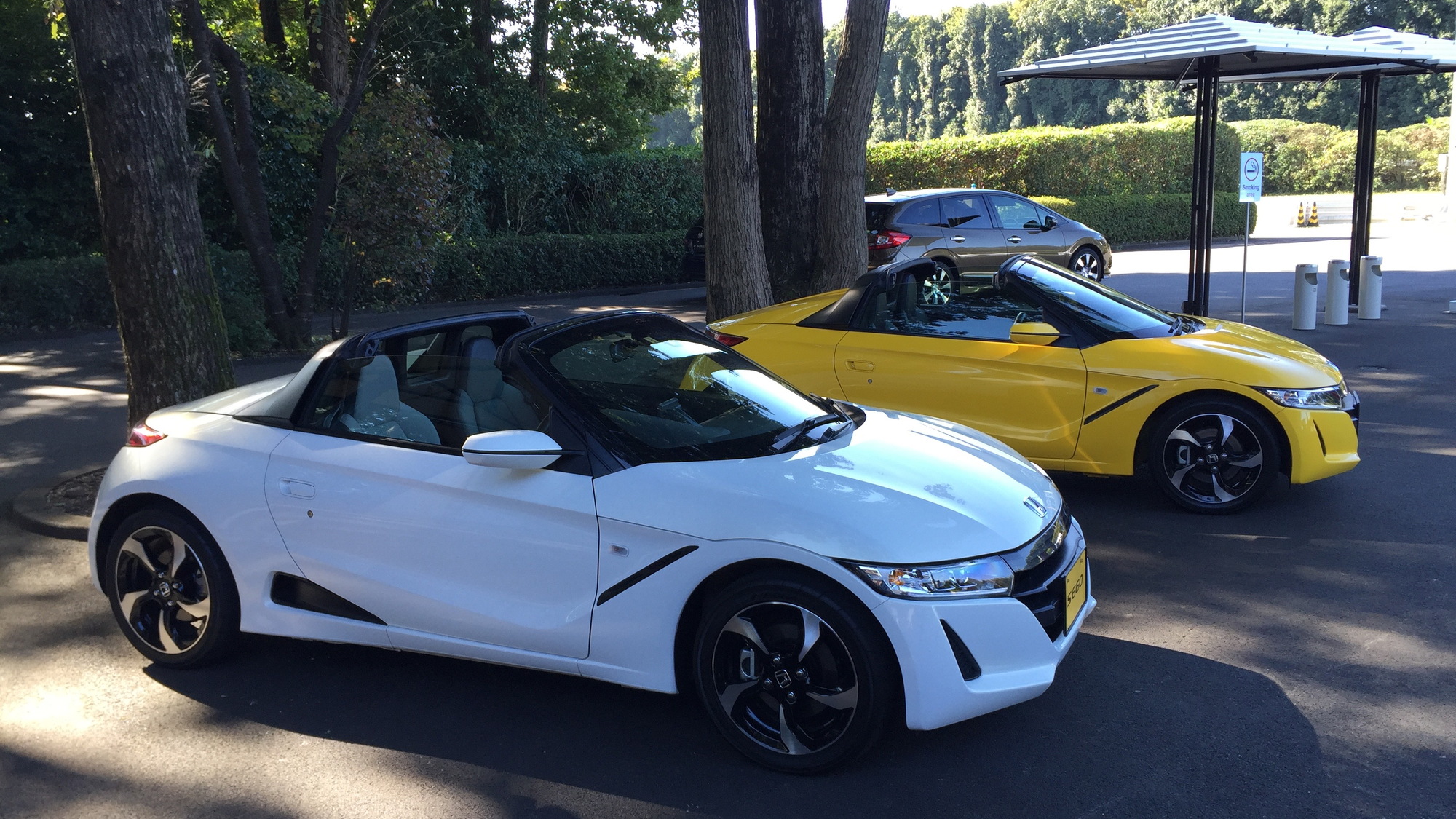 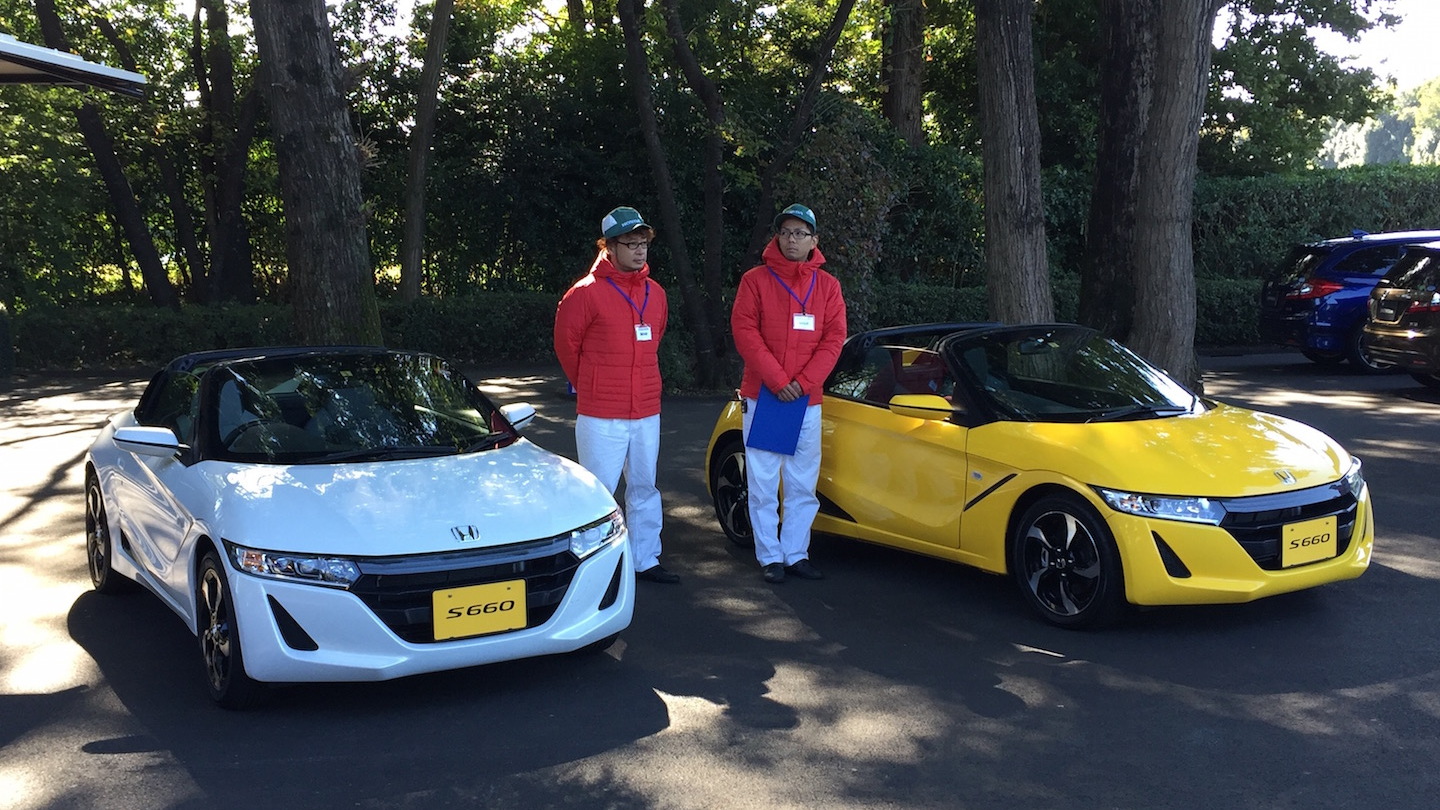 Not many Americans know about it, but Japanese domestic market (JDM) enthusiasts are hoping Honda will bring its tiny new S660 roadster to the United States.

Classified as a kei (micro) car in Japan, this lightweight roadster is powered by a turbocharged 0.66-liter three-cylinder engine that puts out a rather mild 63 horsepower. However, at just 1,840 pounds, it has the ingredients to be a fun little runabout. But is it? I had the chance to get a few minutes behind the wheel during a visit to the Honda R&D Center in Tochigi, Japan to find out.

My time in the S660 consisted of a couple laps around the R&D Center's high-speed oval. Yes, that it somewhat ironic as this low-power two-seater is only capable of reaching a top speed of 134 kph (83 mph) and the relatively straight lines of the track can only mask the agile handling this car is sure to offer.

Upon hopping into the cockpit it quickly became clear this isn't a car meant to come to the U.S. The tiny cabin isn't configured for the full-figured gentleman, and I found my right shoulder rubbing against the driver's side door. My test car was a right-hand drive model with the available six-speed manual transmission, so I had to shift--rather awkwardly--with my left hand.

One underway, the ride quality reminded me of the Civic SI. While the SI is sporty, it's always been softly damped and sprung, resulting in a bit more body lean and a more comfortable ride is than the norm for a car in its class. The same applies to the S660. Though I couldn't toss the car into tight corners, it did seem quite responsive, though with a little more body lean than expected.

The painfully slow acceleration also showed that this car wasn't built with the U.S. in mind. Zero to 60 mph takes a leisurely 12.4 seconds, which is even slower than the Mitsubishi Mirage. On a positive note, the shifter has the nice positive feel that Honda manuals are known for.

DON'T MISS: Keno brothers get into the classic car business

As I rounded the track, I had to move over to allow a Civic fitted with Honda's new 1.0-liter turbocharged three-cylinder to blow by me at 180 kph (111 mph). That engine produces 122 horsepower, almost twice as much as is offered in the S660. According to Car and Driver, the 1.0-liter could find its way into the S660 (S1000, anyone?) and make it to our shores. While the S660 is just too slow for a U.S. buyer, the idea of a 122-horspower version of this car is almost intoxicating. Let's hope Car and Driver is right and we can buy an S1000 in the next year or two.