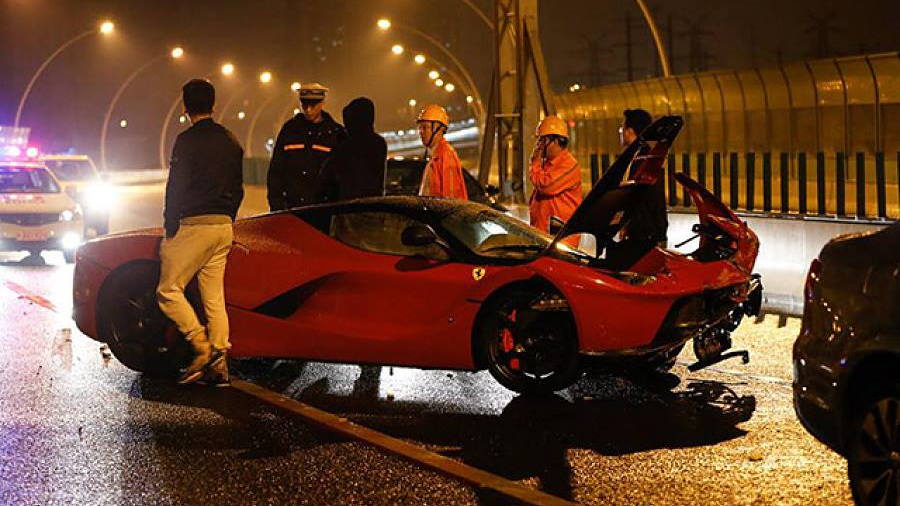 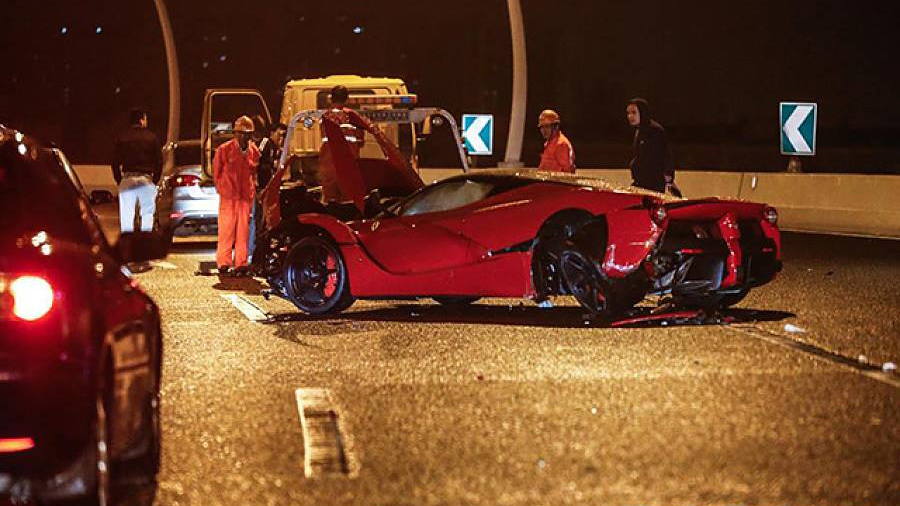 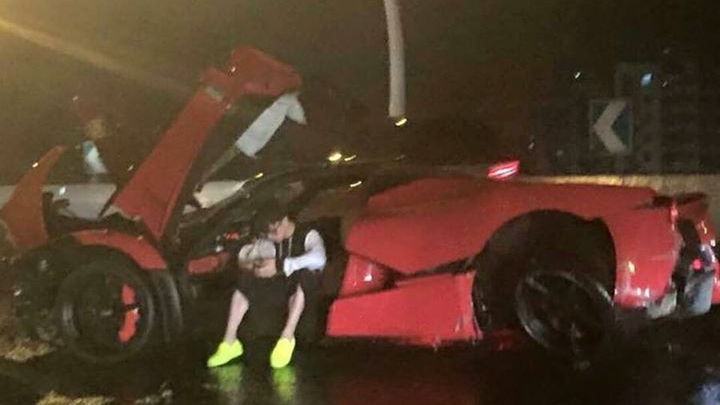 The LaFerrari is—by any account—an exceptional, glorious incarnation of the automobile. But it's not an exception to one cruel fact of life—supercars are going to get wrecked. On that note, WreckedExotics has just received a new photo of Ferrari's latest halo car post-shunt, and the damage appears extensive.

While the first LaFerrari crash occurred in July of last year in Monaco, in that case everything appeared mostly cosmetic. The second incident—where the 950 horsepower rocket wound up stuffed into a ditch off southern France's Route Napoléon—saw some injury to the rear diffuser and bumper, but looked to be easily repairable.

Not so in this latest case.

Looking at the pictures, it's hard to find an area not marred by the—undoubtedly high-speed—crash, and the crazy angle of the rear wheel indicates the pricey powertrain probably didn't escape the encounter with the wall unscathed.

It’s now thought that the driver wasn’t a teen but rather 27-year-old Qin Fen, chairman of Shanghai Feirong Investment Co. The single-vehicle crash took place last Thursday on a wet stretch of road in Shanghai, China, and fortunately no one was injured.

According to Hong Kong-based news agency EJ Insight, Fen has a number of other exotics including a McLaren P1 and a Koenigsegg. With only 499 LaFerraris destined to be built, we're sure he'll do whatever it takes to get this one back in his collection.