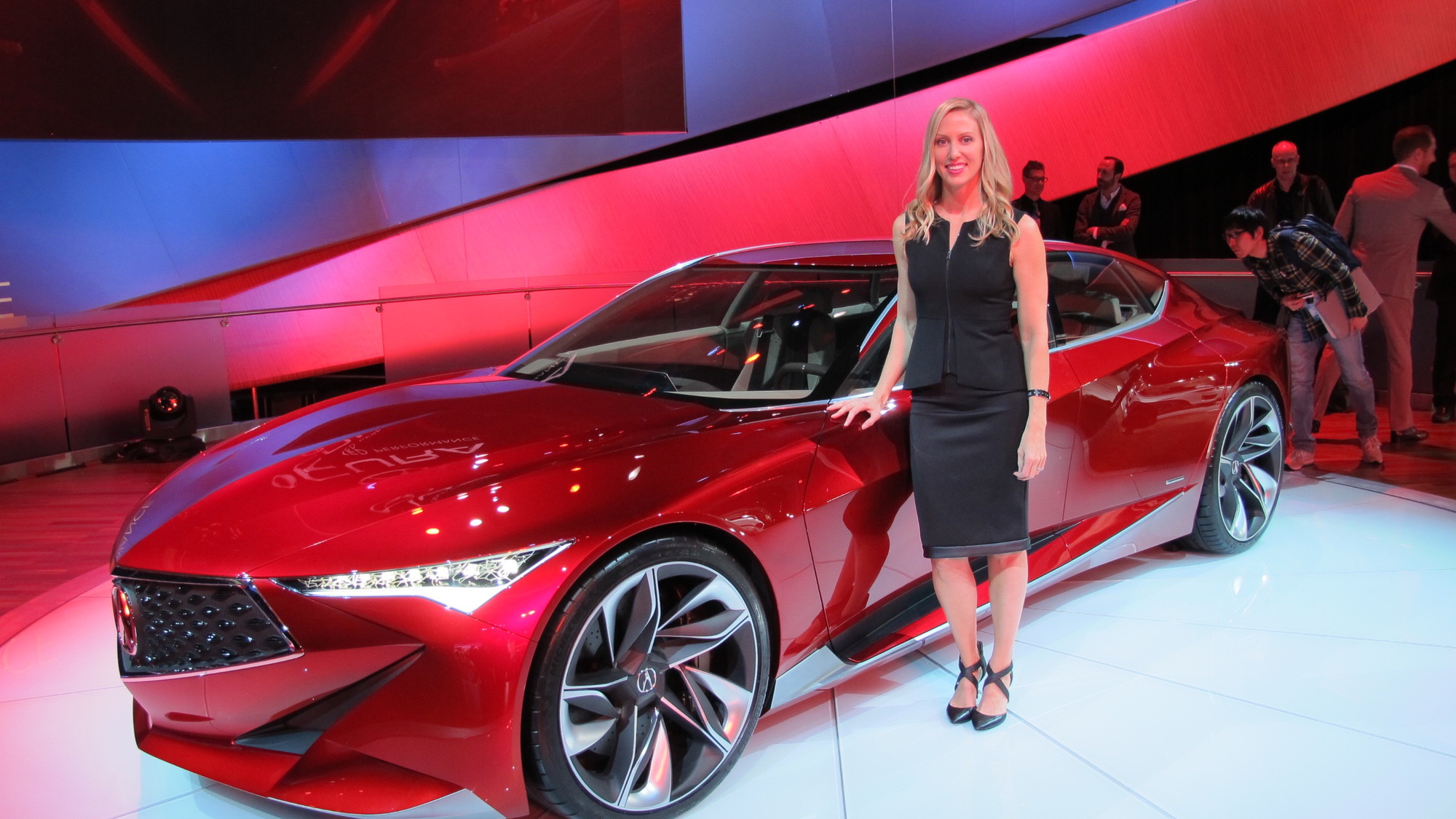 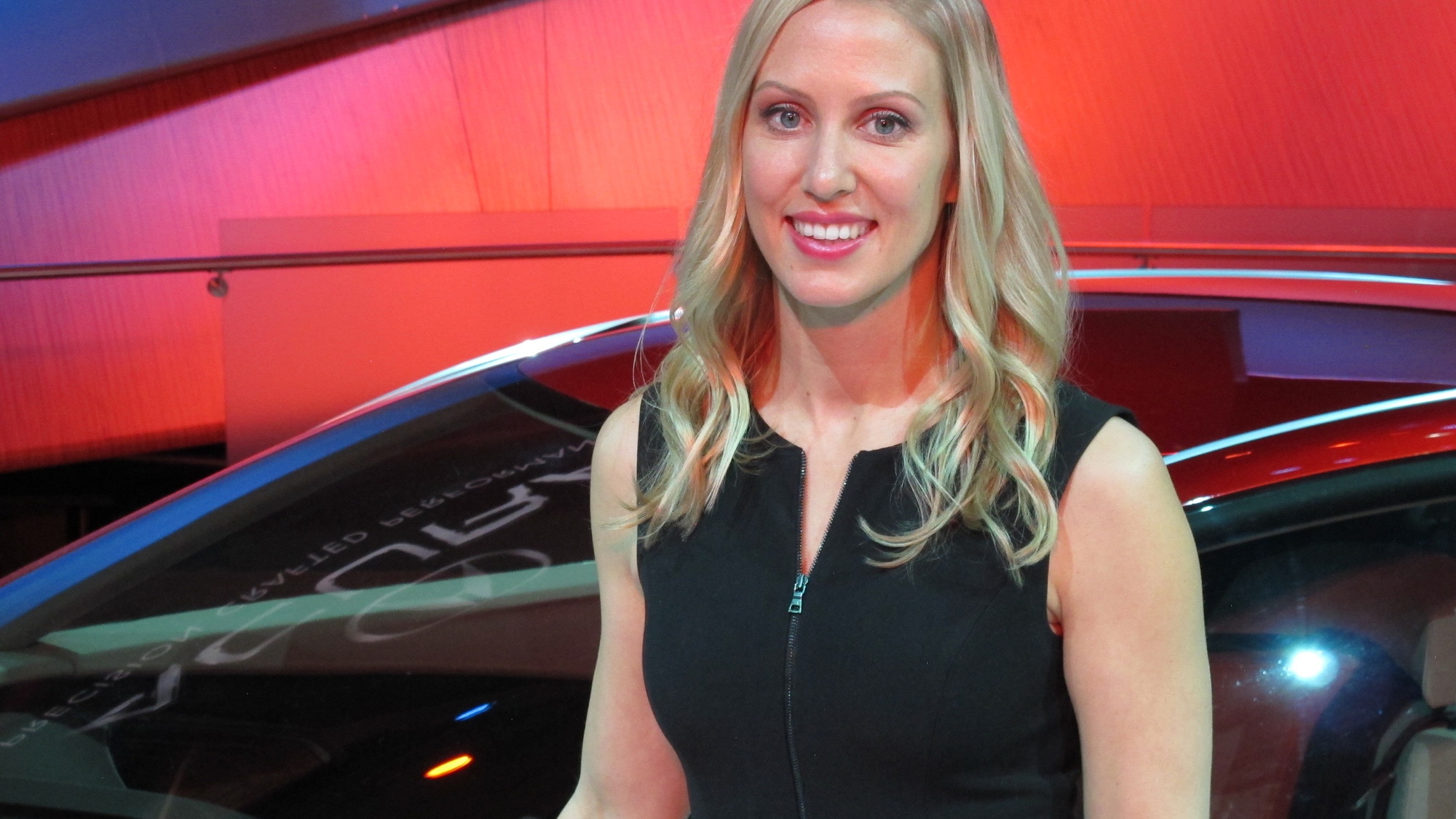 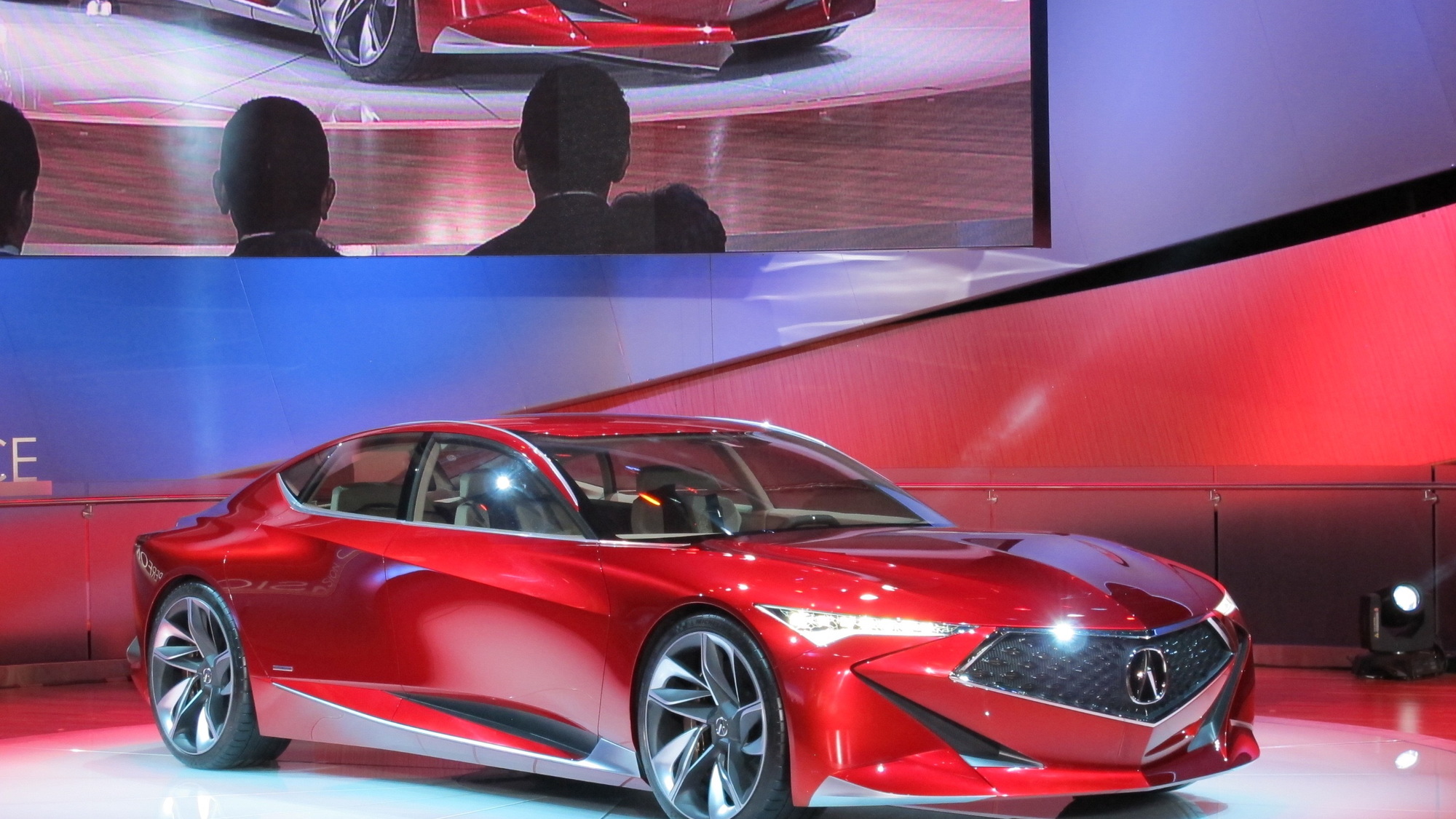 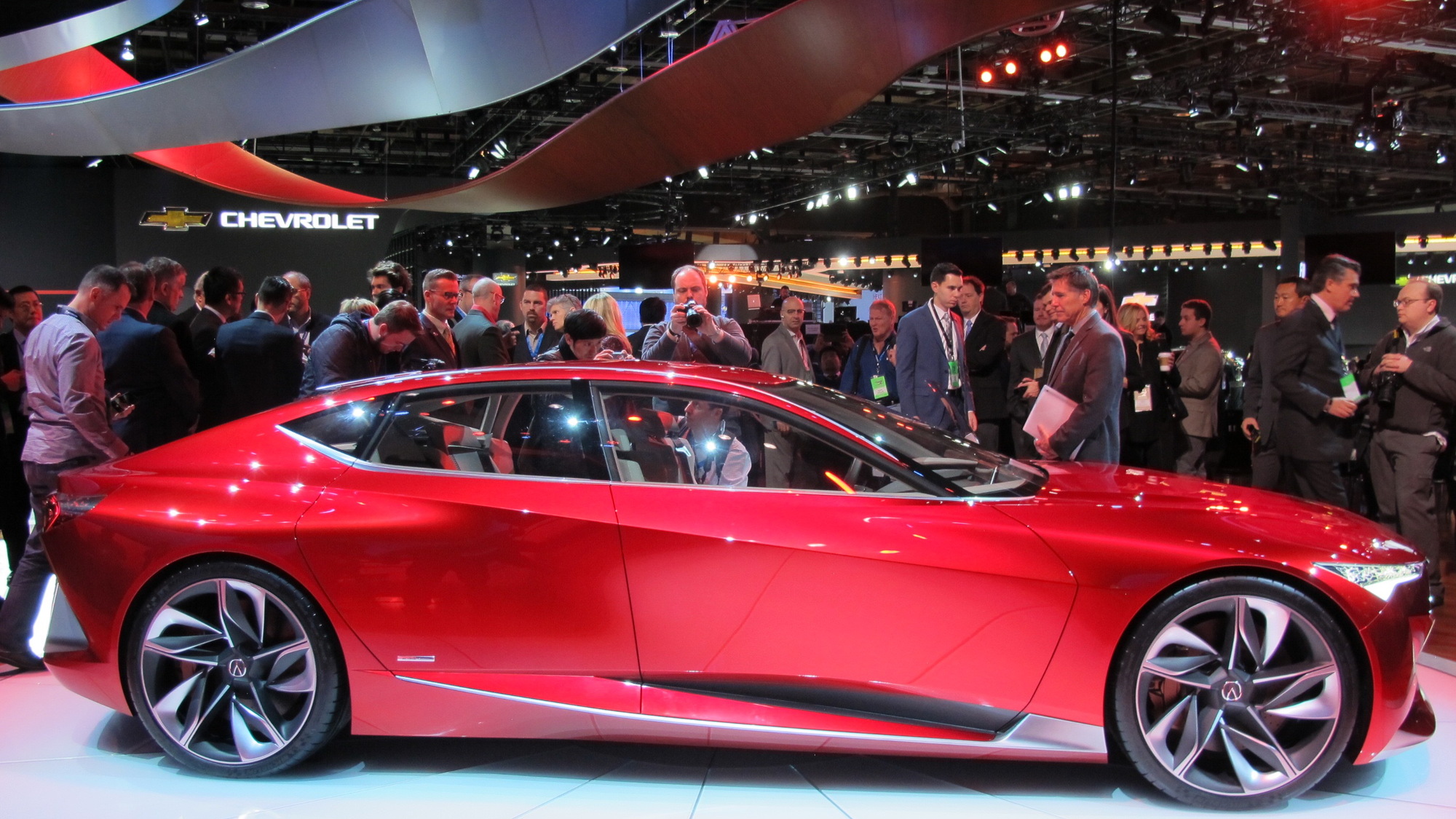 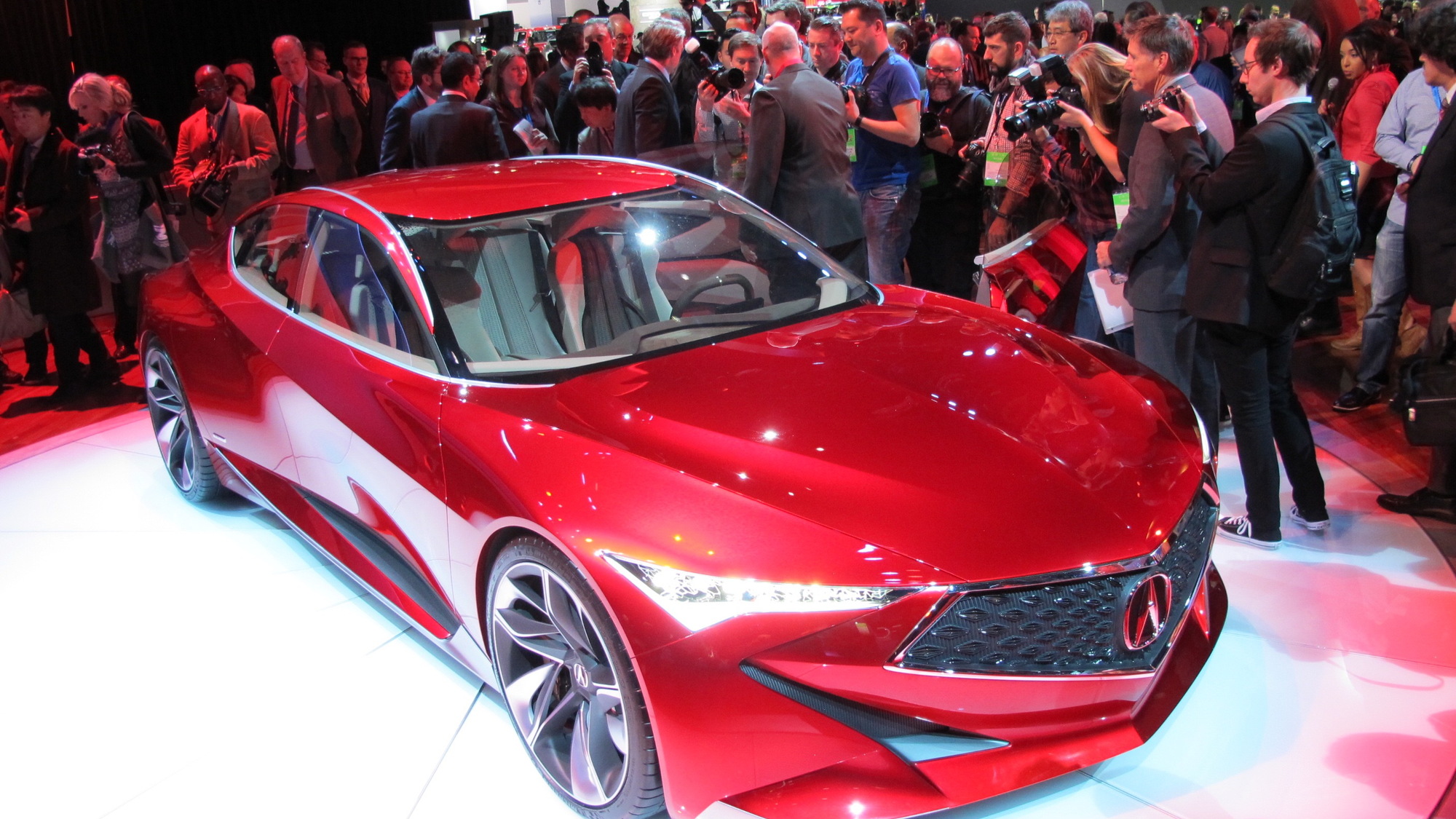 One of the highlights of the 2016 Detroit Auto Show was the Acura Precision Concept. A design study for future Acura sedans, the car debuts the company's new Precision Crafted Performance mantra and points to a more adventurous and stylish future for Honda's upscale brand.

The car's aggressive outward appearance was created by exterior project leader Michelle Christensen at the company's Torrance, California, design studio, where Christensen also acts as the principal design leader. In Detroit, I sat down with Christensen to discuss the Precision Concept and how it will affect the future of Acura styling.

The Precision Concept is sized like an RLX. Could it be your idea for a replacement for that model?

This car is basically our vision model. Coming off the momentum of the NSX and this Precision Crafted Performance [idea], we really wanted something not just to show the world, but to inspire our studio internally, what we're going to do with the future lineup of sedans. You will see elements of this inspiring all of our future sedans. So, it's not any one model in particular. It's a lot lower and wider than the current RLX for sure. Our Acura exterior mantra is Alluring Modern Edge. And the alluring part is all about proportion. We know that that's extremely important to luxury buyers, so we really pushed our limits with this car to really inspire low and wide proportions, and a nice stance, a nice emphasis on all the wheels, and convey performance through design. 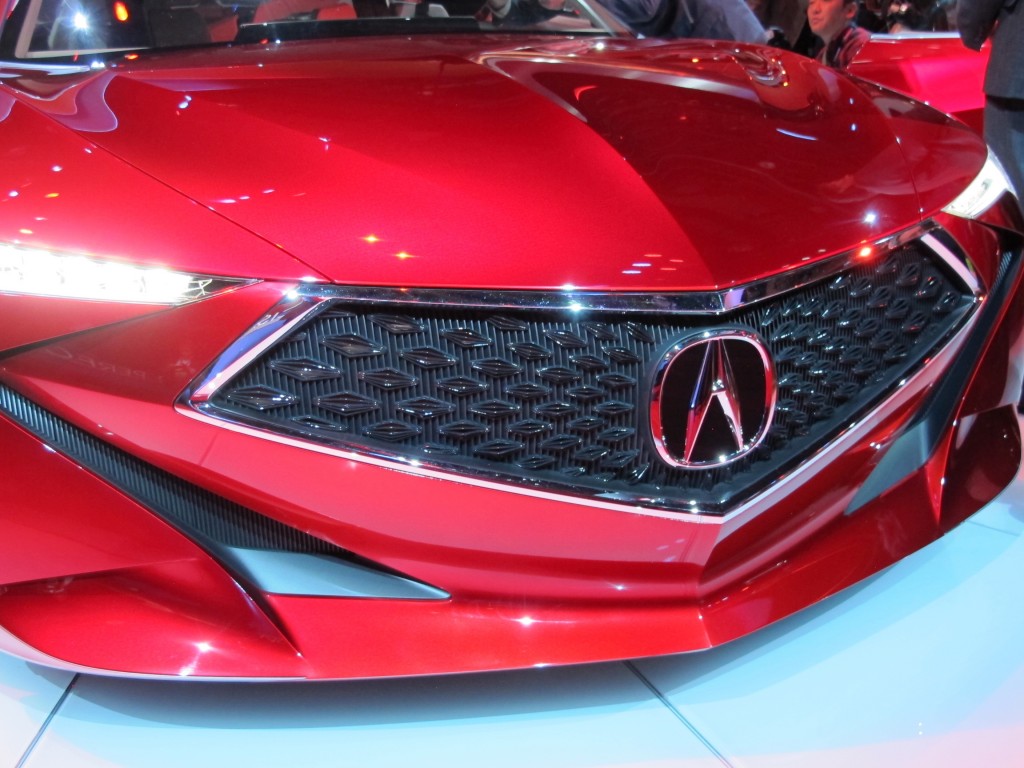 The most noticeable aspect of the car is the grille, and it appears that the notorious Acura "beak" will be gone.

I know it was somewhat controversial at some point, but I think everybody started to really recognize it [the 'beak"] as distinctive. I think a lot of people started to relate to it and appreciate it. But once we had this momentum of the Precision Crafted Performance direction, we wanted to go back in and reevaluate. Does everything match Precision Crafted Performance? When we looked at the grille, it didn't match. We wanted something that conveyed more of a performance image. We had the plenum in the front that looks like it's blocking what is normally an air intake. That started the conversation of, OK we need to redo the grille. So, we went through hundreds of proposals and this one seemed every Acura--it's still kind of a pentagon so it's a nod to what we've already established--but it just has a nice clean shape to it and it really conveys performance by letting air in through the grille.

The grille has a pointed three-dimensional shape to it. How hard would it be to put that into production?

I think it depends on the vehicle, especially as you work your way up to the light trucks you would want a less aggressive point to it. But that center line break has always been an Acura characteristic. This car is a little bit more of a caricature of everything. We still want to work that into all of our vehicles, so we are working with engineering to develop the underlying components to help us achieve that on the outside.

It doesn't look like there is room for airflow in this grille. It is pretty much closed with numerous diamond-shaped elements to it.

We want to lure you in so there are all these details up close. All those diamonds are actually opened inside and the vertical slats are open as well. There are also two lower side intakes. Again, it's little bit of a caricature because we really want to inspire the designers internally. So we had a lot of fun with it, and there are a lot of third-read details in there. The intent is to be able to have all of that open for performance.

What other elements of the design do you see making it to production?

You could close your eyes and point. It might not be a copy-paste literal translation. Some of this is also coming from the NSX. One of the things we're pushing on this car is our new surface language, which is part of Alluring Modern Edge. We really wanted this contrast in the surfaces. Usually, you have one surface treatment all around the car. But for Acuras we want more contrast so he have these very sheer surfaces. For instance, the body sides, it's very sheer and kind of twisted sheetmetal, but as you go out to the tires it becomes more of this melted mercury, more organic look. It's almost like two different surface languages put together. That contrast surfacing, we're using on all of the models that we are working on now. 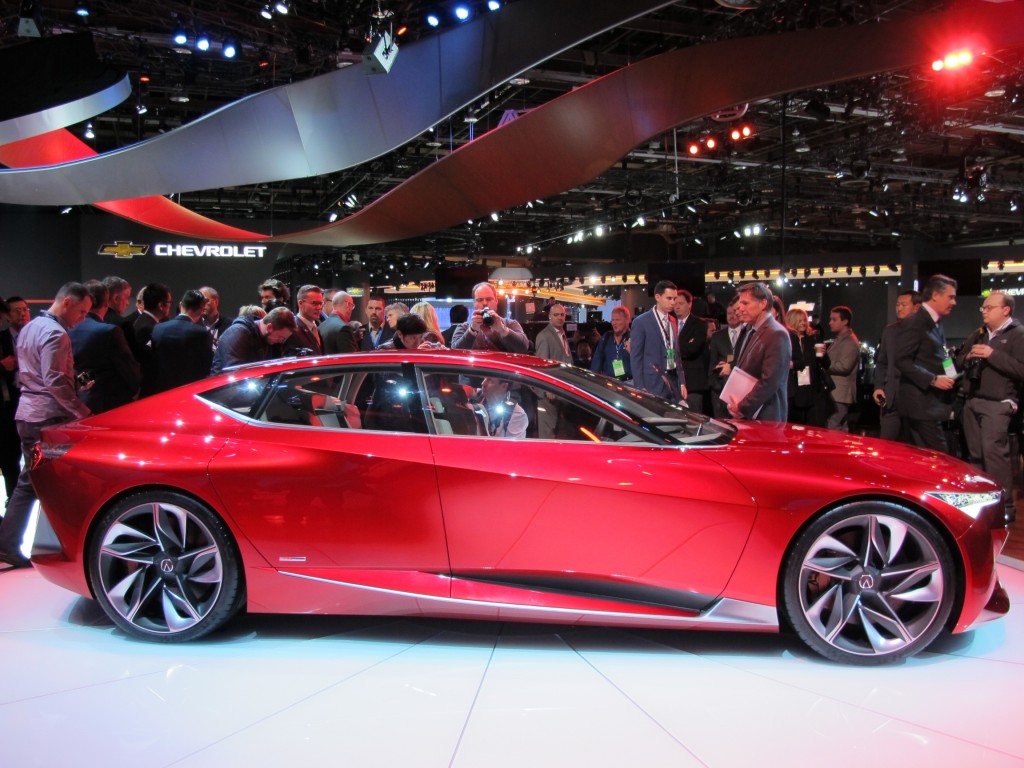 One of other things that was inspired by NSX and then taken to another level on this car is this lightweight, floating feeling. If you look at the Precision Concept, you'll notice that the A-pillars are floating and they just end in a little point, so it looks very lightweight. The taillights also look like they are suspended. You could put your hand through behind the taillight, which is coming from the NSX floating C-pillar. We want to keep that lightweight performance look, where it looks like it's windswept and constantly in motion. 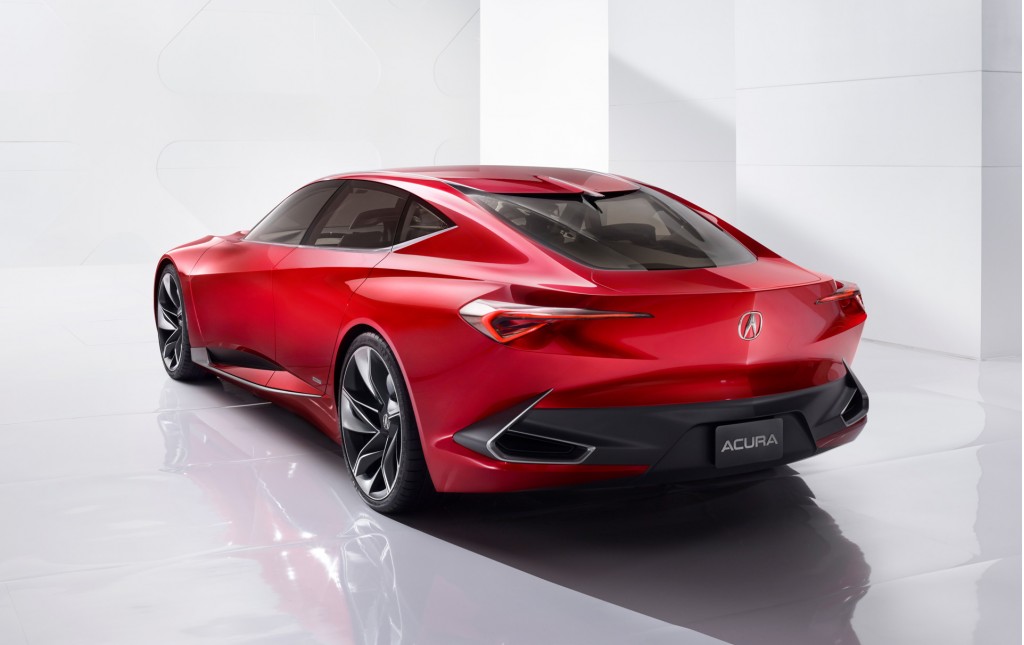 This car is a four-door with no B-pillar, and it has suicide-style rear doors and a flying buttress style rear end. Could those elements make it into production?

Everything's possible. It depends on the vehicle and the needs of the buyer. Everything on this vehicle we are looking into. I think the suicide doors would be possible. It all depends on things like the testing, and crash, and structure.

Acura design has been panned in the last decade or so, at first for being too bland and later for being too out there. Do you recognize that and are you trying to find a new, more accepted direction?

Precision Crafted Performance has been in our DNA since the beginning. I think over the last couple of years it's been there but maybe it hasn't been as consistent or as loud or as potent as it should have. The great thing about Honda and Acura is that we always focus on the customer. We're always making products based on what we think they want and what buyers are telling us they want. Some of the reason for the undulation is that we are really focusing on the buyer and what they want. The Precision Crafted Performance direction I think is going to be very strong.

What do you want people to know about this car that we haven't covered?

We're just excited to share this concept with the world, and show everybody our secrets, what we are working on, and where Acura is going.

For the rest of our Detroit Auto Show coverage, head to our dedicated hub.