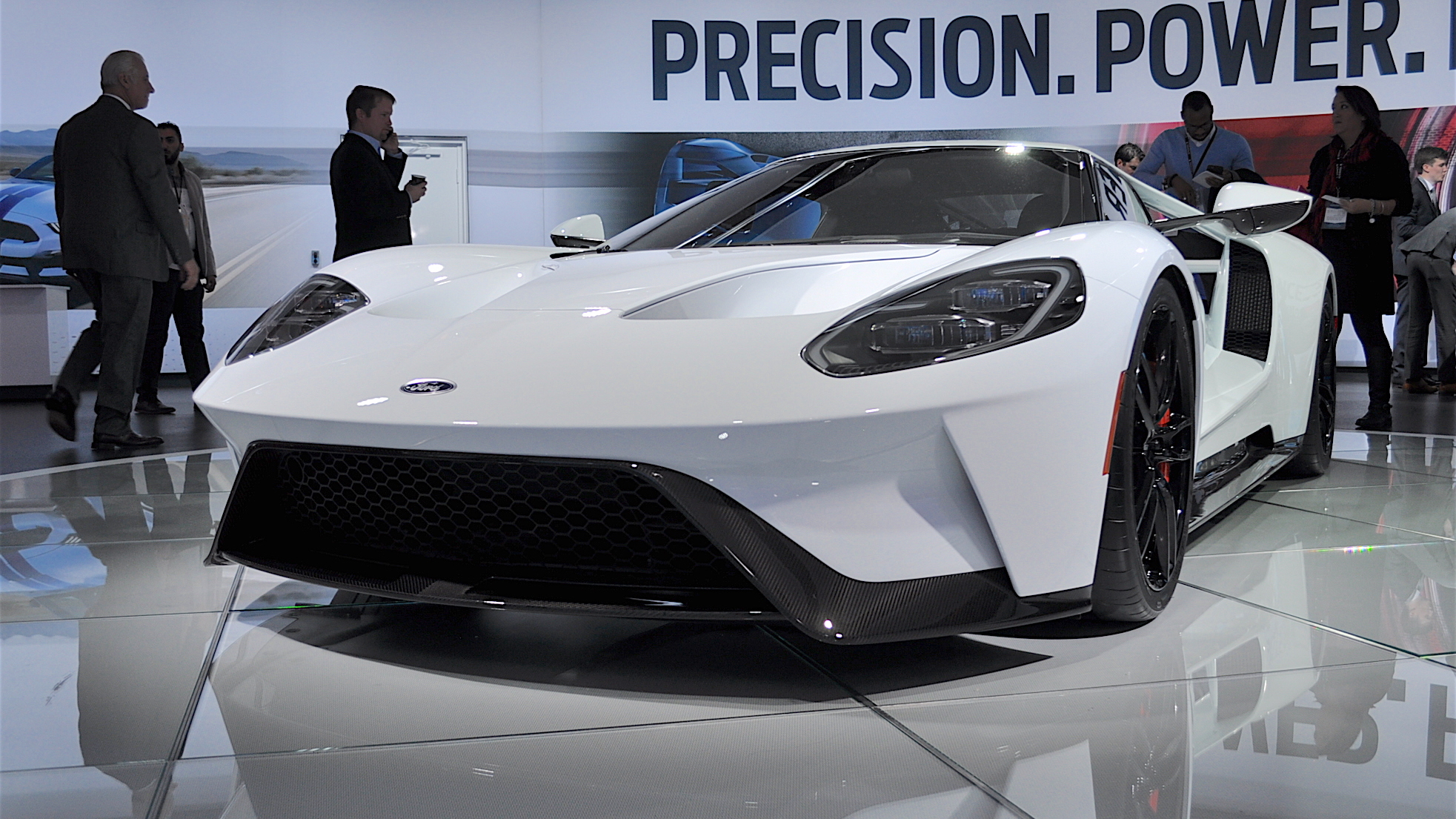 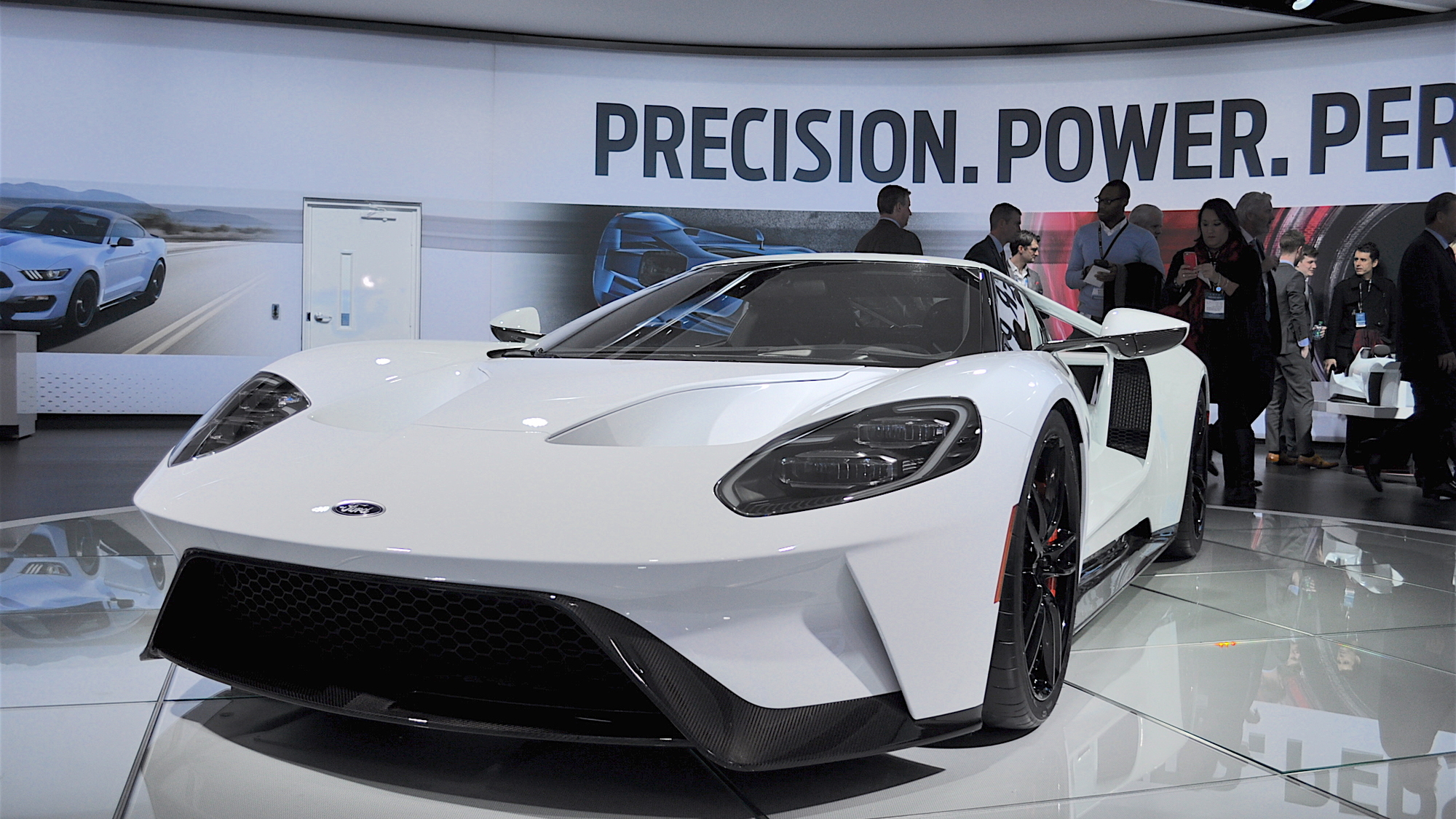 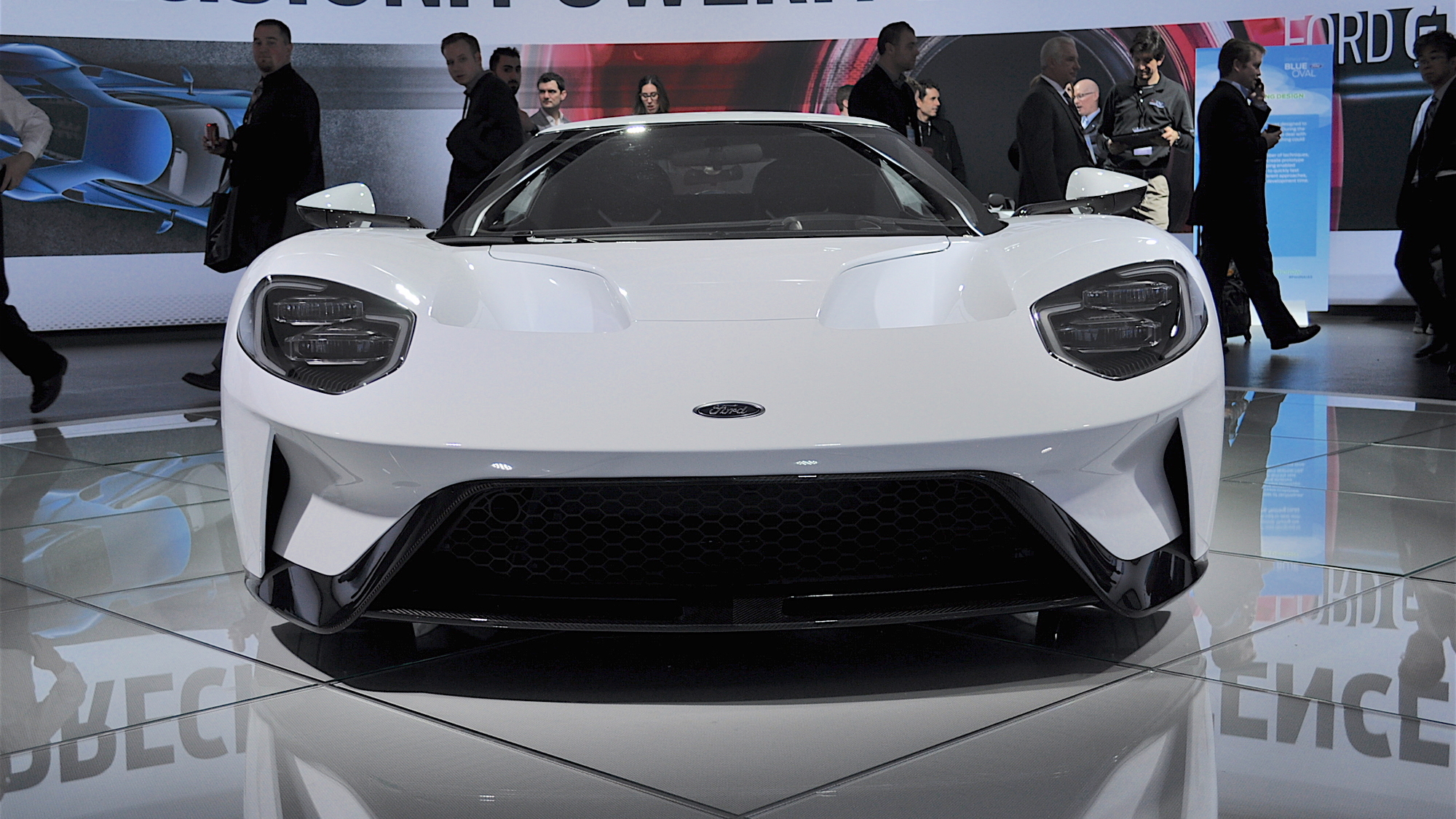 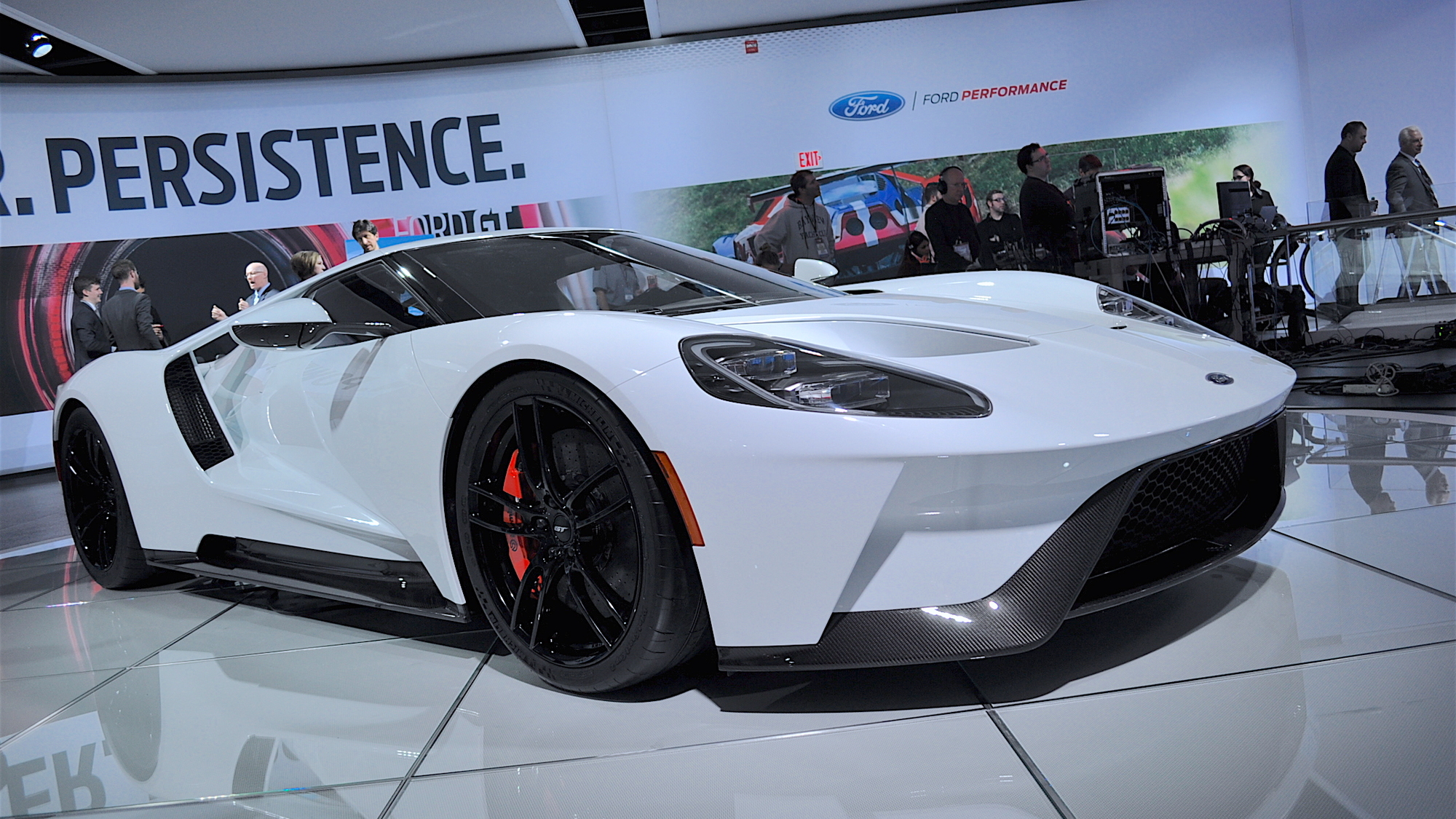 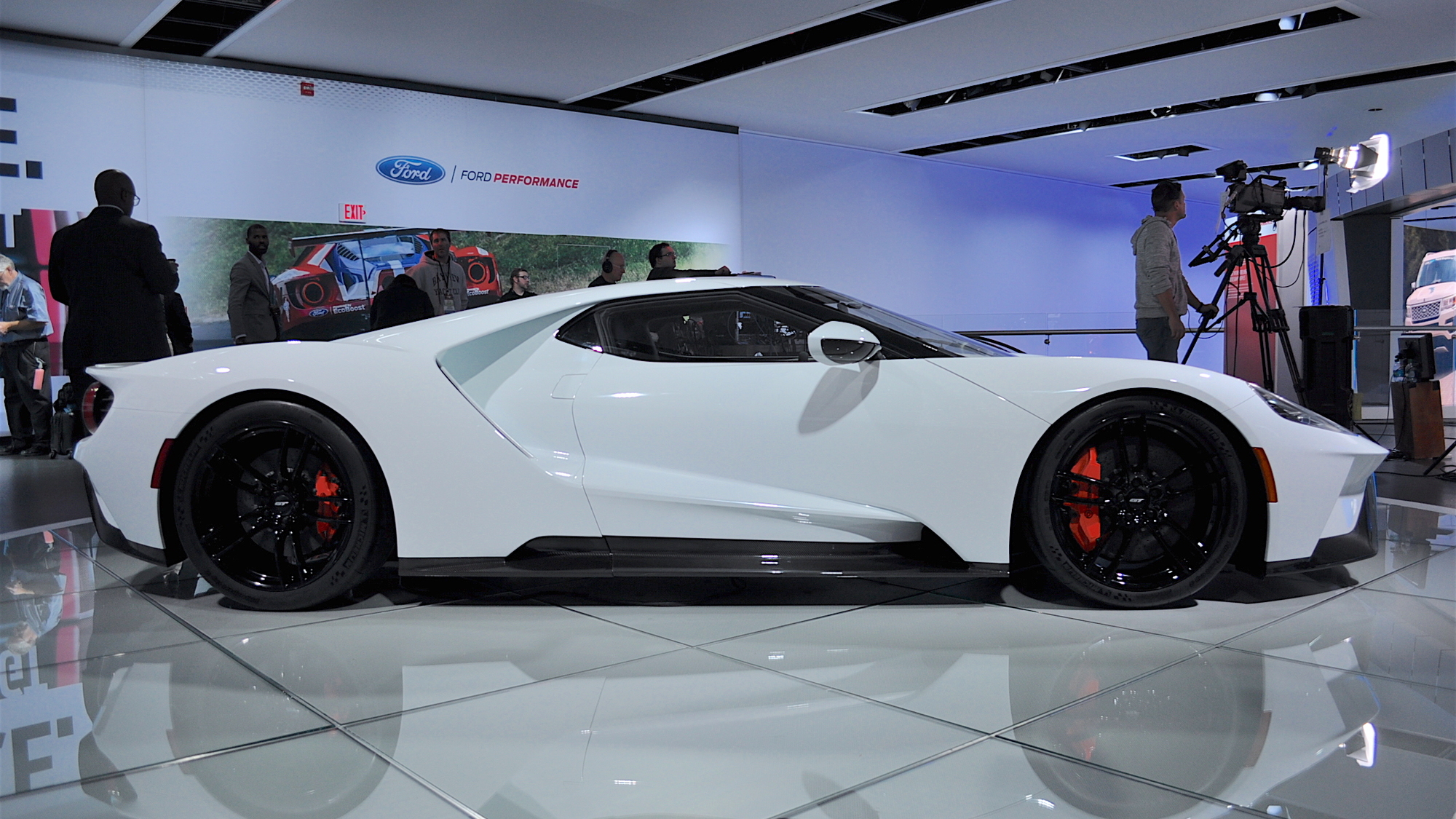 Last month a photo of what was supposedly a production-intent Ford GT surfaced on the Internet. Turns out, that photo was of a production-intent GT buck. As in, it wasn't a real car, just a design buck. That was then, this is now. Ford Motor Company [NYSE:F] quietly placed a real working GT that is, for all intents purposes, ready for production in its booth at the 2016 Detroit Auto Show.

To be more specific, a source told us this white-on-red example is supposedly the first VP1 prototype complete with production-ready design and equipment. We've reached out to Ford for comment and confirmation. Ford confirmed the car is production intent, but said it's still a development vehicle and as such, things are subject to change. Ford was unwilling to confirm what level of build it is, whether it is a VP1, or even what VP1 officially stands for.

Matt Leaver from Ford Performance Communications told us this white-on-red GT is fully street legal and could be driven right off the show floor. Though, he quickly followed that by saying the final calibrations, tuning, and software are still in development.

So what's changed from the car we were shown last year in Detroit?

We asked this very question to Jamal Hameedi, Ford Performance chief vehicle engineer. In a few words, not a ton has changed.

It's the small details that add up. The side view mirrors are now larger, and legal. There are reflectors on the front fenders, and the headlights have changed slightly. You'll never notice the changes to the headlights as the design itself is the same. The fans that sit below the mesh grilles in the scooped out hood are larger, and now actually function properly. The front splitter now has two air inlets in the center to help direct airflow, and the rear diffuser has been updated for better downforce at speed. The rear taillights look the same, but they are now street legal, and the housings no longer have GT etched into them. Lastly, the engine now sports a plastic cover that proudly reads "EcoBoost." 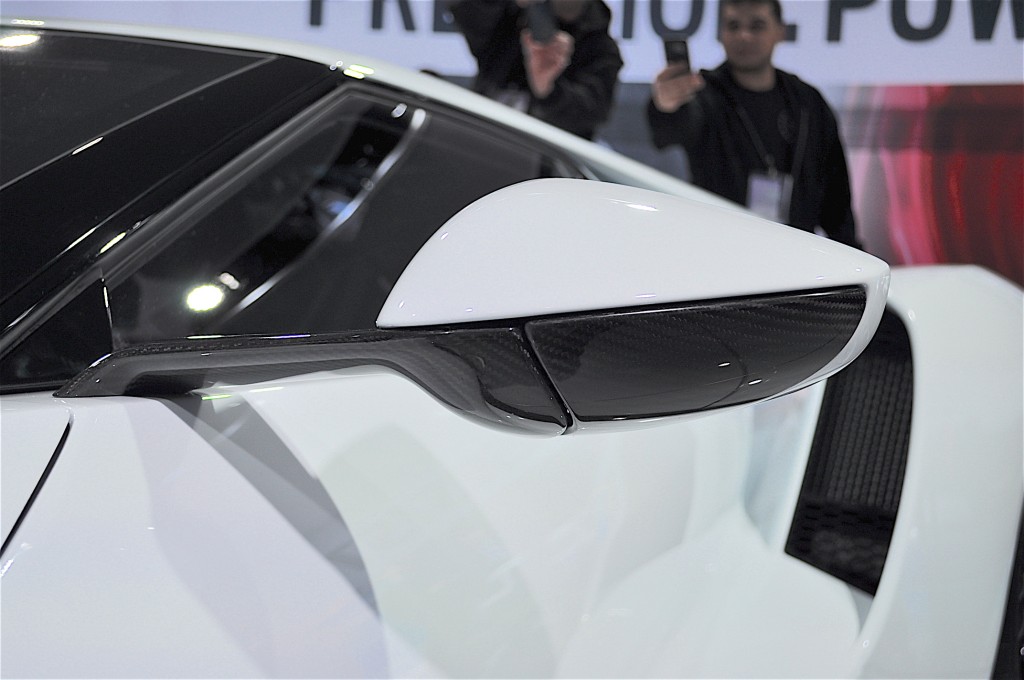 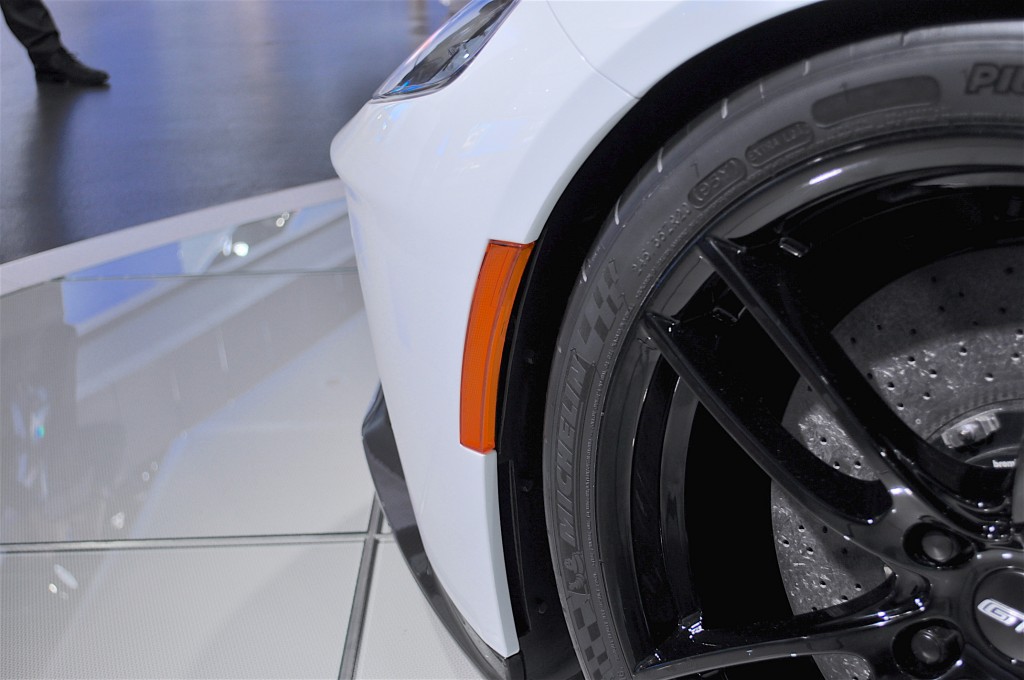 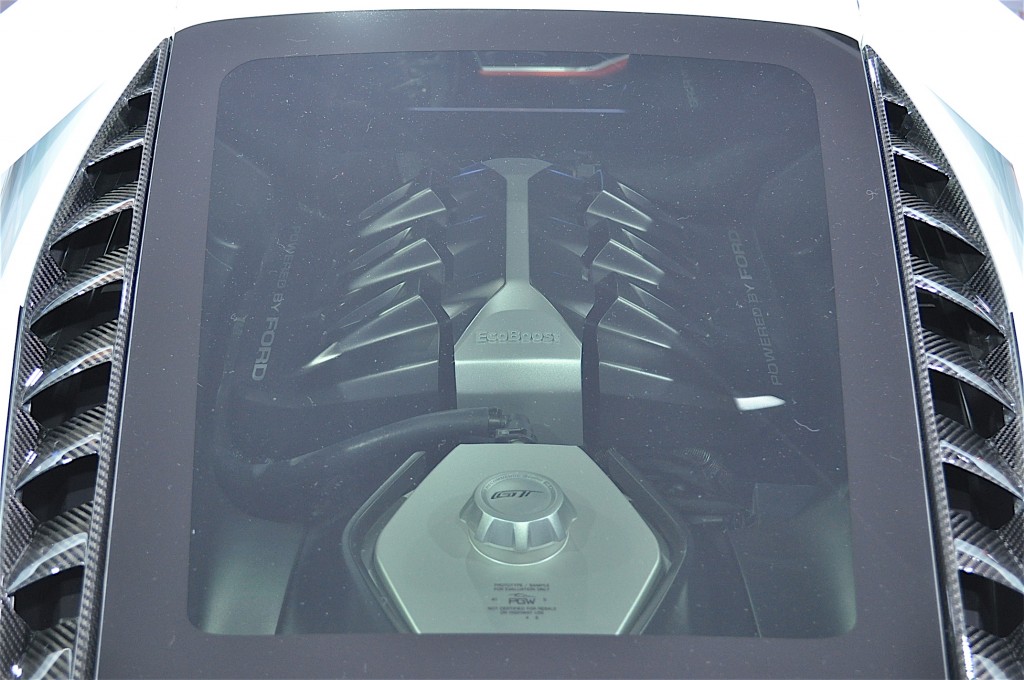 For those who might have forgotten, the new GT will be powered by a twin-turbocharged V-6 that will likely have about 630 horsepower and 539 pound-feet of torque. Power will be sent to the rear wheels through a seven-speed dual-clutch transmission.

Enthusiasts are excited the GT is coming back, and it's no secret why given the legendary status of the GT40s of the 1960s and the reborn Ford GT of a decade ago.

Stay tuned for more updates as we near the GT's on-sale date later this year.