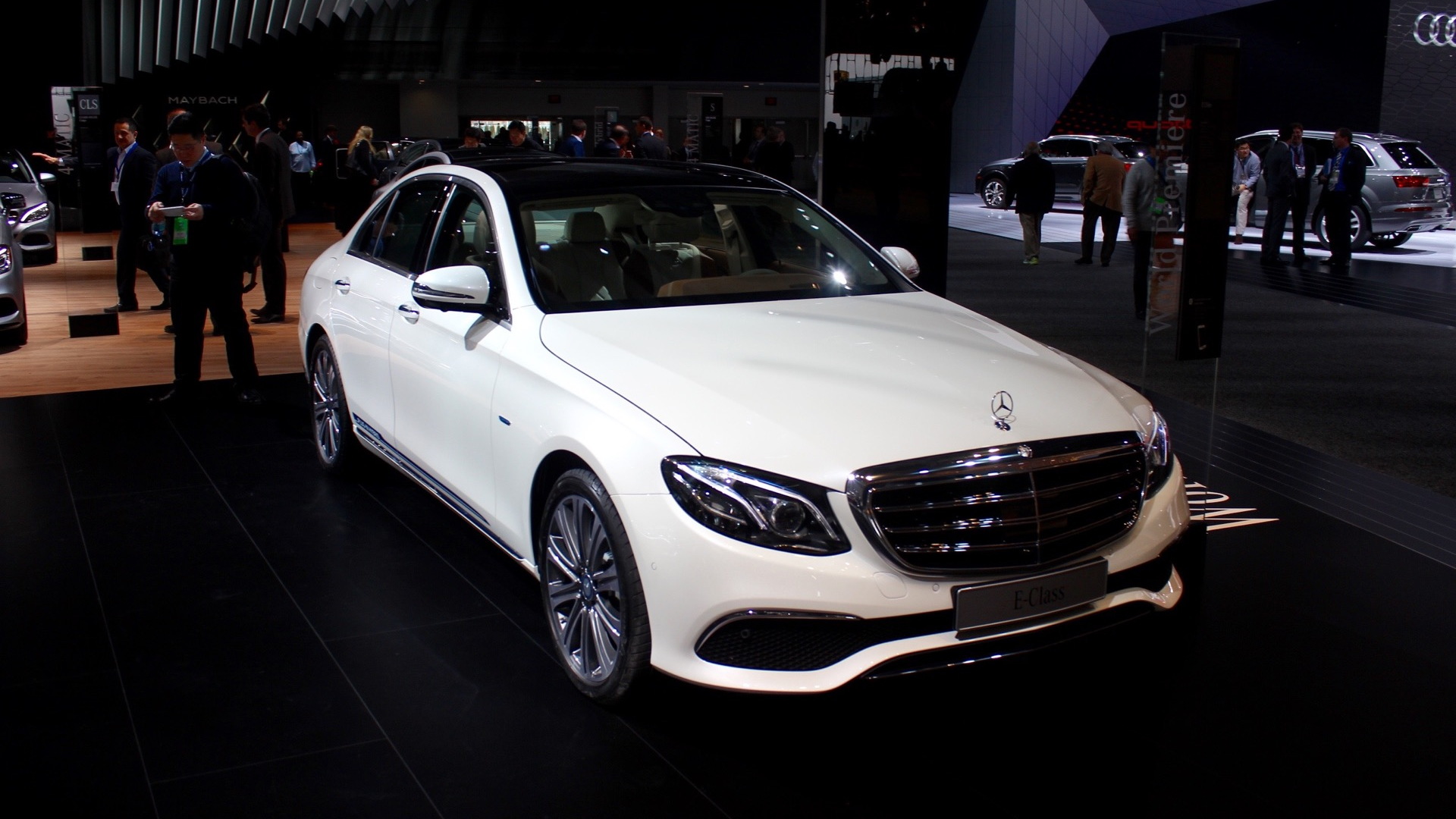 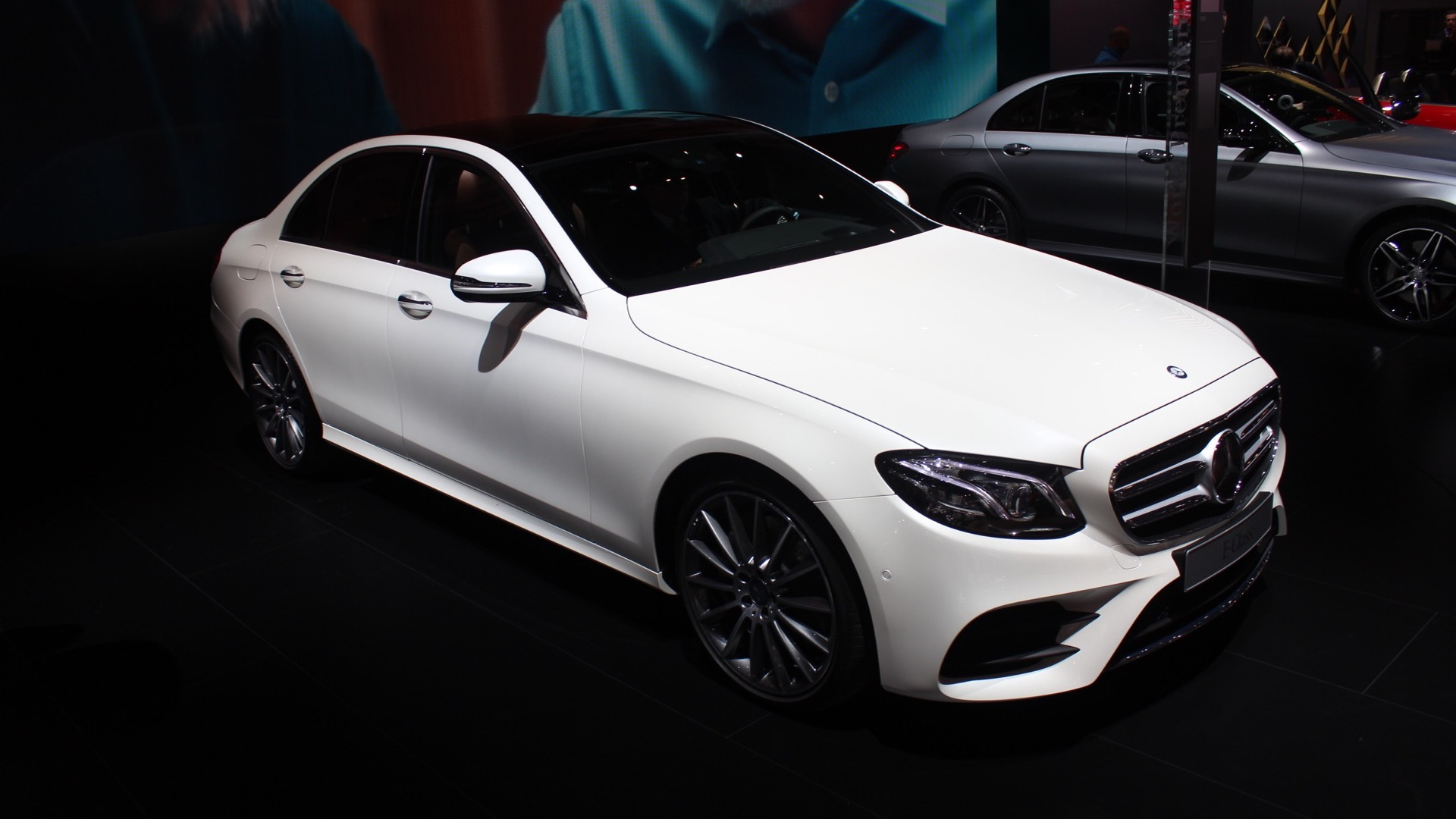 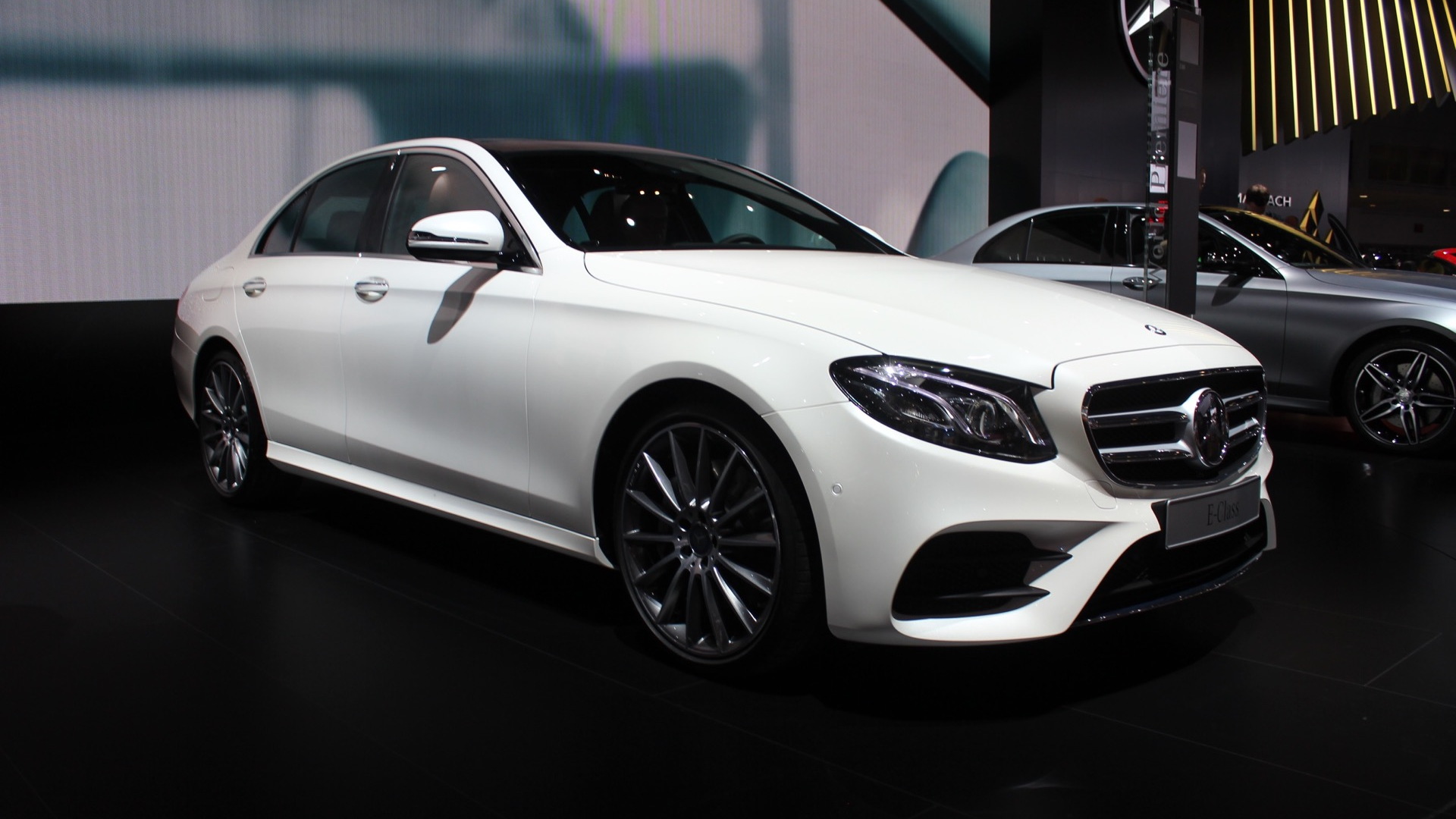 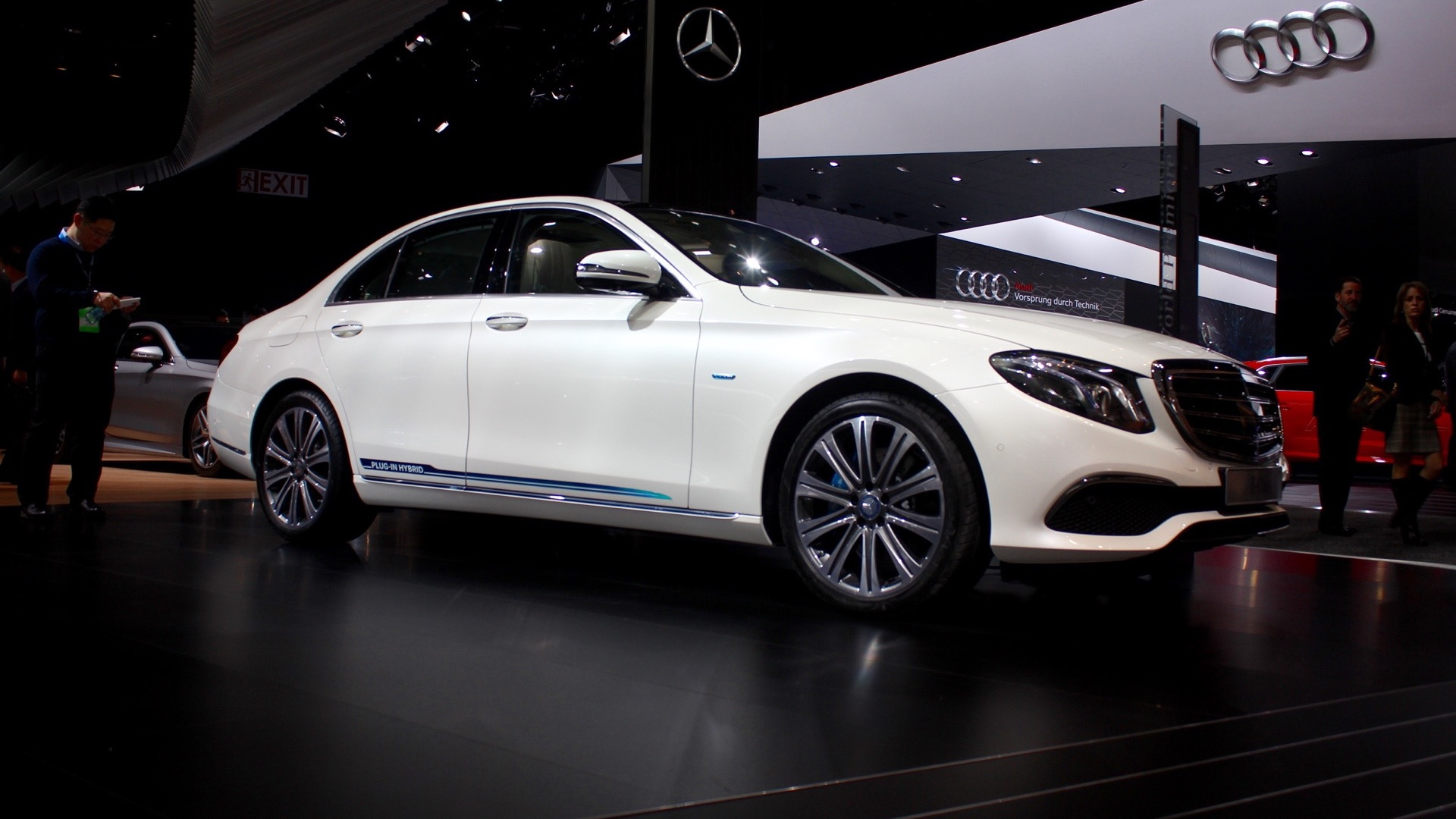 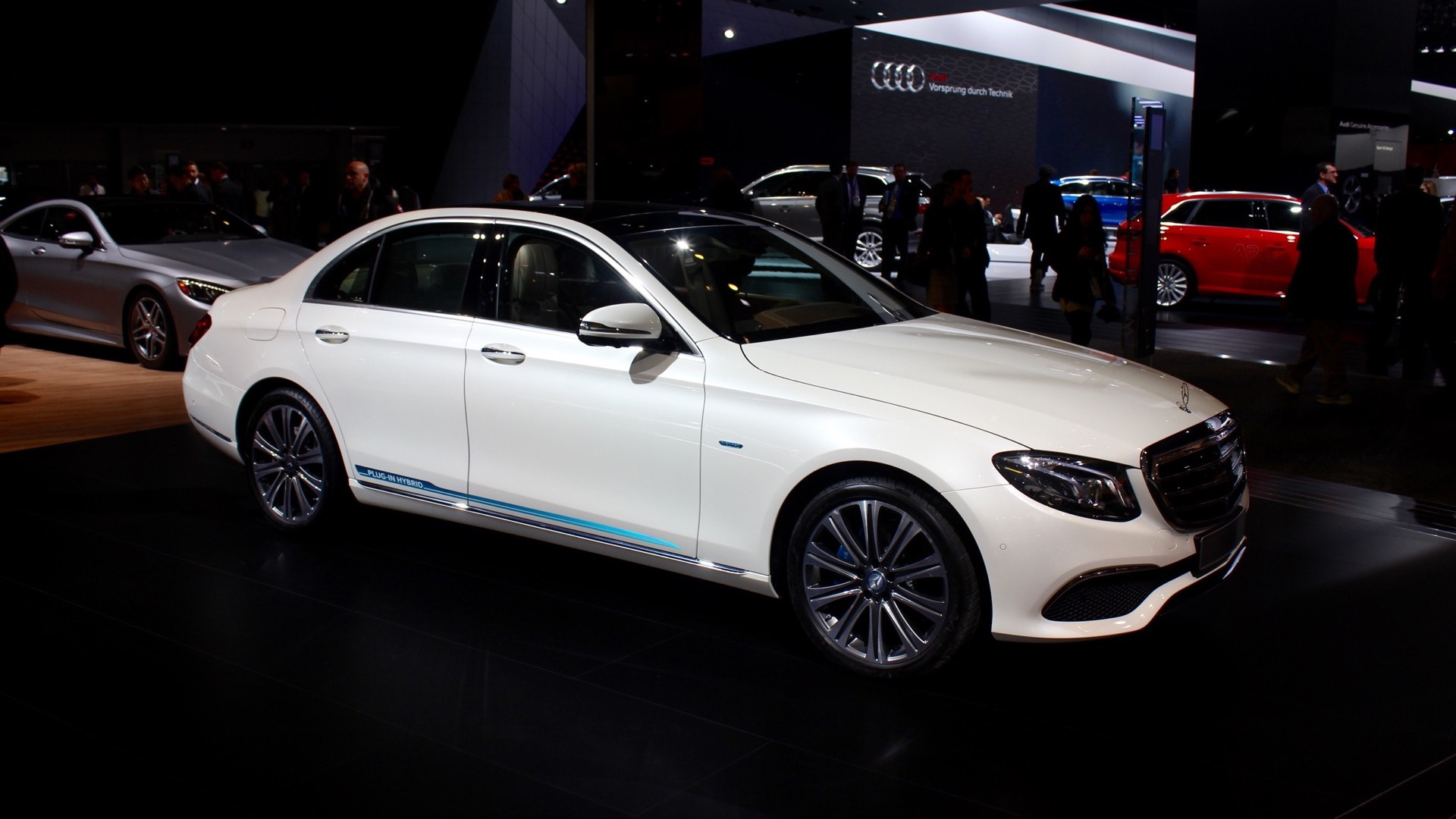 Mercedes-Benz’s E-Class is described by the automaker as the “core” of its brand, and with the current model enjoying sales of almost 50,000 units last year in the United States alone it’s easy to understand why. Now there’s a new generation, one that’s more luxurious, more feature-packed and better built than ever before.

The new E-Class made its world debut this week at the 2016 Detroit Auto Show and will be in local showrooms in the summer, as a 2017 model. We’ve already seen the car thanks to several leaks but along with these new photos there’s also plenty of info to divulge.

The mid-size luxury sedan segment is one of the most hotly contested in the industry and the new E-Class will have its work cut out for it considering all the new rivals. Jaguar just renewed its XF while BMW will soon unveil a new 5-Series. Other new players include the Volvo S90 as well as the Lincoln Continental.

Size, luxury are up

So what does the new E-Class bring to the table? The design is a familiar one, as we’ve already seen it on the S-Class and C-Class models that the E-Class sits between. The new car is slightly longer than the one it replaces, measuring in at 193.8 inches, or about 1.7 in longer than the predecessor. The wheelbase is also up by 2.6 in over the predecessor to a new length of 115.7 in.

The real star here is the cabin, though. The interior design looks like it’s been lifted straight out of the pricier S-Class. Sitting at the top of the dash are a pair of horizontal 12.3-in LCD displays that butt together, one to serve as the instrument cluster and the other for the infotainment system. Also new are Touch Control surfaces, located on the steering wheel. Like on a smartphone, these surfaces respond precisely to horizontal and vertical swiping movements, allowing the driver to control the entire infotainment system without having to take their hands off the steering wheel.

Further controls for the infotainment system are provided by a touchpad with a controller which can recognize handwriting in the center console and a voice control system, accessible at the push of a button. For critical systems such as the various electronic driver aids and air conditioner, there is direct-access buttons located on the center stack.

We’ve already had an early look at some of the driver aids. They are grouped under the new Drive Pilot heading and include some autonomous modes. The adaptive cruise control known as Distronic in Mercedes-speak allows the car to follow another vehicle at speeds of up to 130 mph. The autonomous Steering Assist feature also works up to 130 mph, when conditions are ideal, and can actively intervene to prevent an accident at up to 81 mph, even if road lines are unclear or non-existent, such as at a construction site.  Finally, automatic lane changing for highway driving has also been included.

Buyers of the new E-Class also get a remote parking function where they can control from outside using a smartphone app, for instance when a spot is very tight. There is also a vehicle-to-object (V2X) communications system that exchanges information via a built-in mobile-phone transponder with other vehicles that are appropriately equipped, giving drivers earlier warning about hazardous situations ahead that are not yet visible. Two examples would be an accident ahead or the tail end of a line of stopped traffic.

In the suspension department, you’ll find steel springs as standard. You can swap these with two types of air suspension, though. One comes with adaptive damping only and the other adds a multi-chamber setup for optimal body control. Three chambers of different sizes in the spring struts of the rear axle and two in the spring struts of the front axle make it possible to control, in three stages, how firmly the suspension reacts to the road. In this way, the occupants enjoy soft, comfy base suspension, together with a stiffer feeling and good handling stability as speed increases. This can be controlled using the Dynamic Select system.

Right now, only one powertrain has been confirmed for the U.S. market. That powertrain is the familiar turbocharged 2.0-liter four-cylinder found in a handful of other Mercedes products. It will feature in a base E300 delivering 241 horsepower and 273 pound-feet of torque. A nine-speed automatic and rear-wheel drive are standard, though all-wheel drive will be available.

Mercedes says more details, including info on additional variants such as a plug-in hybrid and eventual high-performance Mercedes-AMG E63, will be announced closer to the market launch this summer. Pricing for the range will start at $53,075, including destination.

And for more on the Mercedes E-Class, read the in-depth reviews over at The Car Connection.