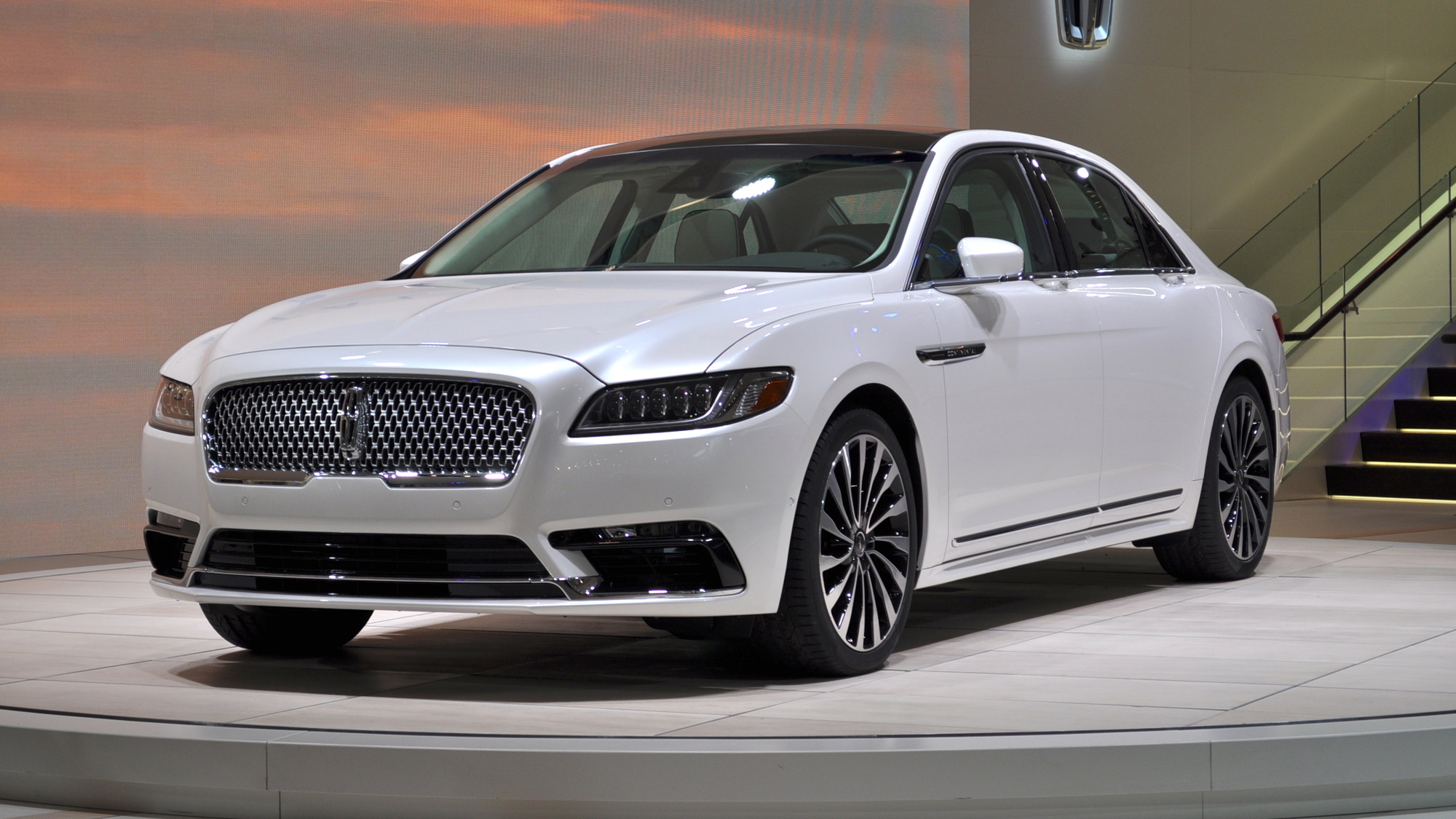 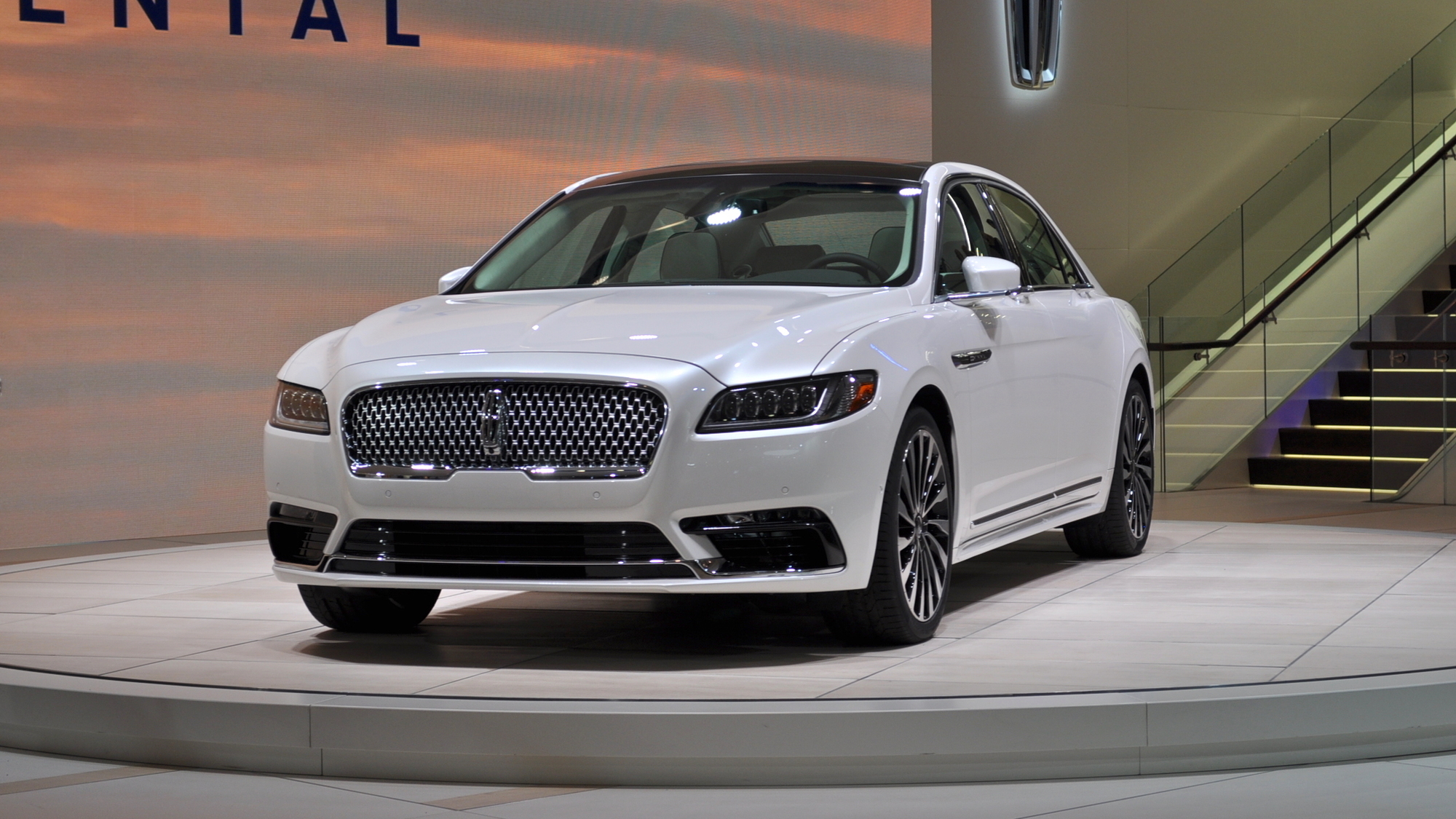 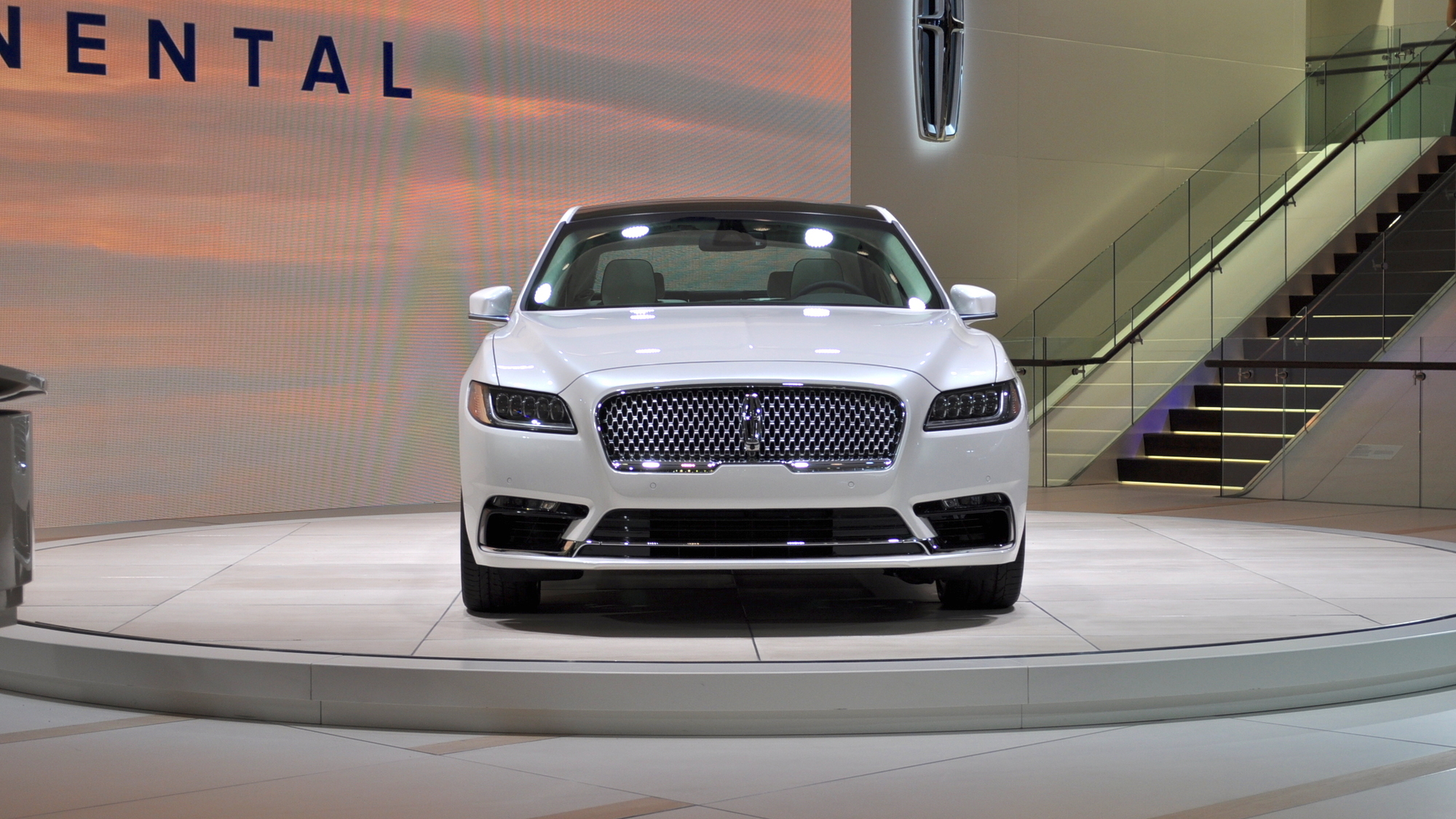 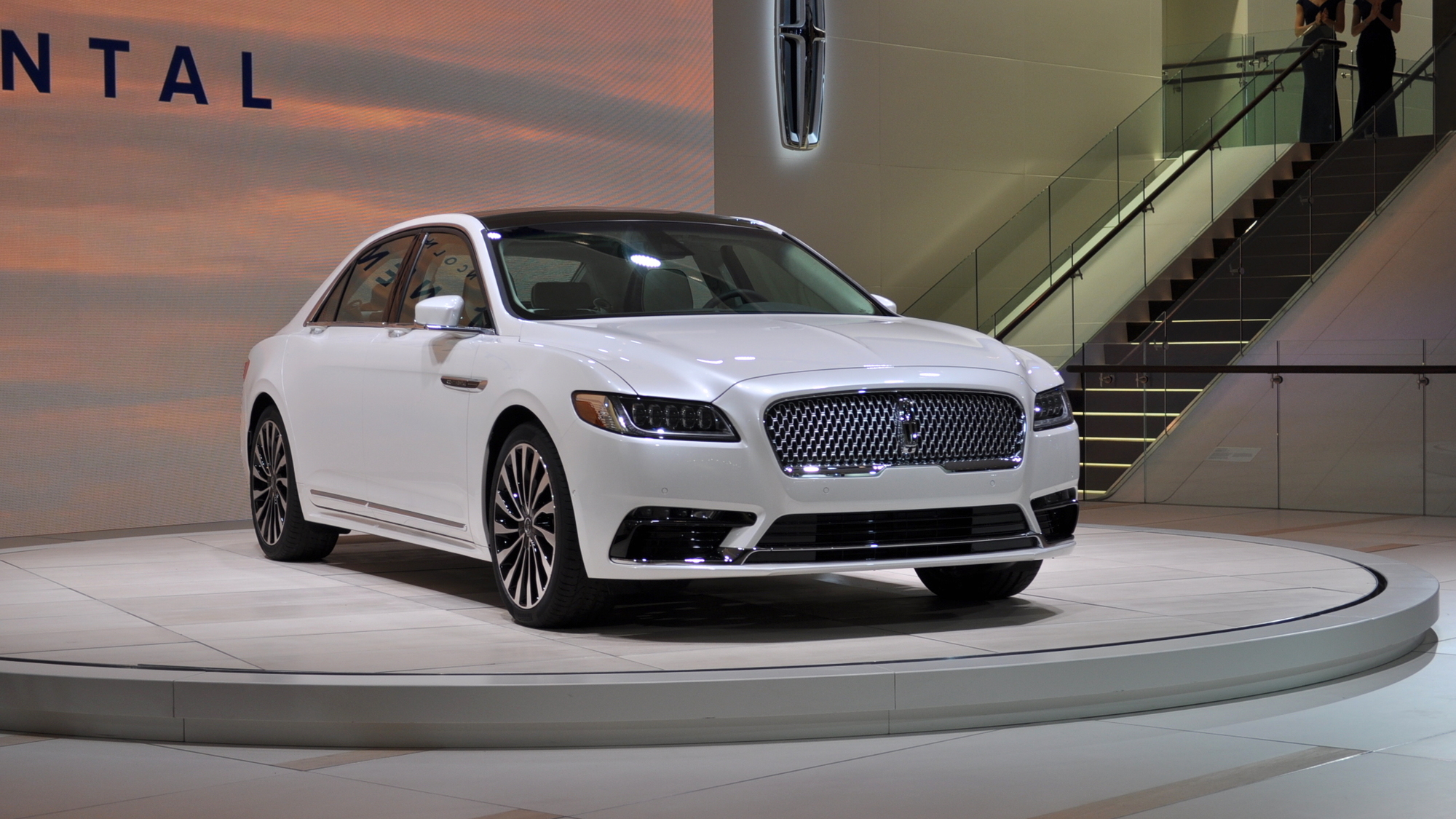 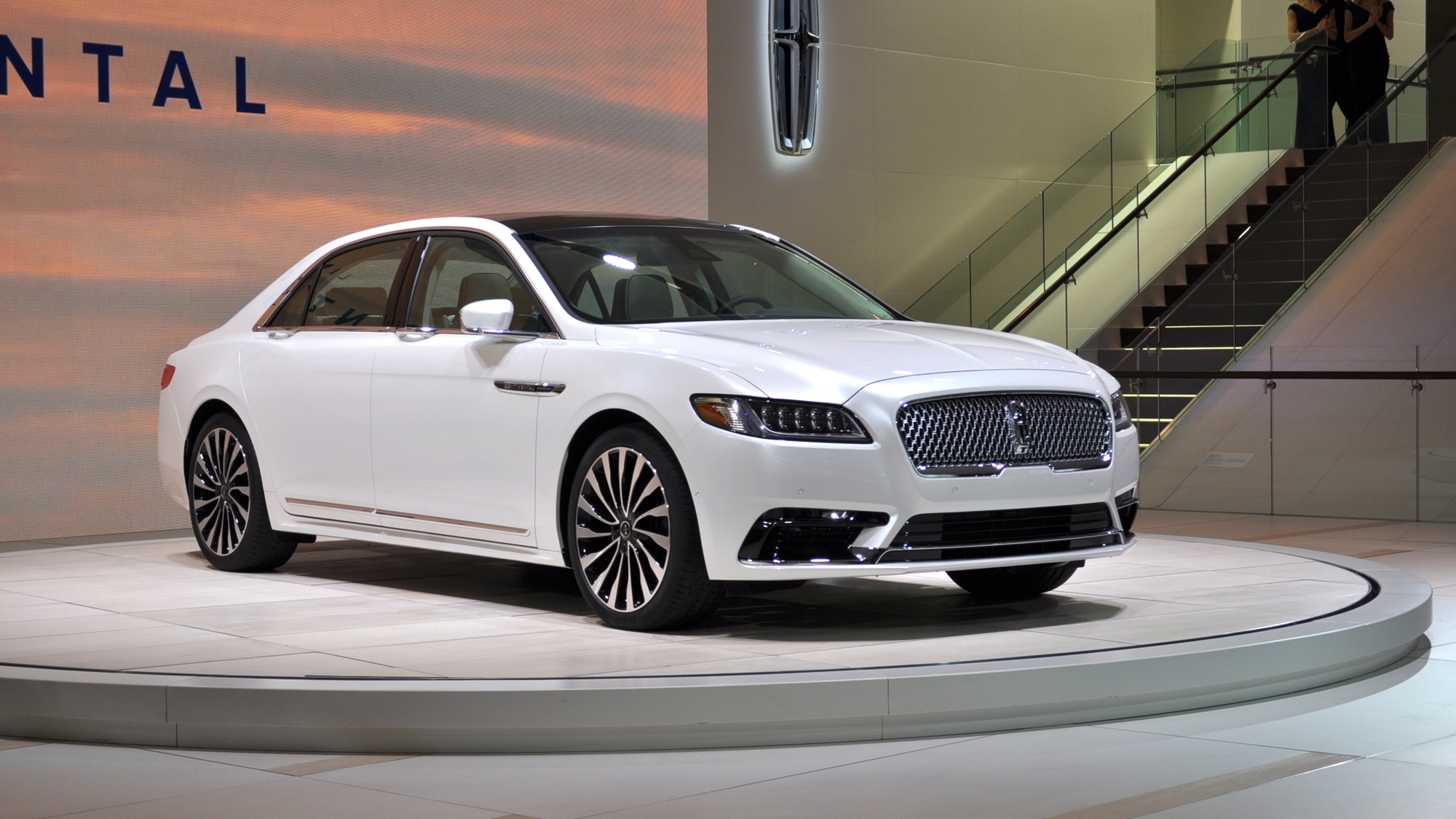 Say goodbye to the MKS and hello to the all-new 2017 Lincoln Continental. The big, comfy cruiser is on show this week at the 2016 Detroit Auto Show and will be sailing into showrooms this fall.

With its arrival, Lincoln finally gets a proper flagship, one that is forward looking and signaling of the future trends that will eventually envelop the entire lineup. We’re talking elegance, effortless performance and a cosseting experience.

Welcome to the new Lincoln.

The design you're seeing isn’t exactly new. We first saw it on a Continental concept a year ago and more recently it’s been utilized for an update for the MKZ. However, on the 2017 Continental, the look is more refined.

Up front is Lincoln’s new grille, which comes flanked by LED headlights.  Moving to the side, the door handle releases are integrated within the beltline, leaving the body side clean. And on the roof, an available panoramic sunroof covers nearly the entire surface. At the rear, the look is almost identical to the one on the concept.

Only one powertrain has been announced: a twin-turbocharged 3.0-liter V-6 delivering an estimated 400 horsepower and 400 pound-feet of torque.

The platform underpinning the car is a stretched version of Ford Motor Company’s [NYSE:F] front-wheel-drive CD4 architecture, which is found in a variety of existing models such as the Fusion, Edge crossover and aforementioned MKZ. An available all-wheel-drive system sends torque rearwards and even allows the torque to be split between the rear wheels for improved dynamics. Adaptive steering and suspension further aids the handling.

The interior is probably the biggest departure from the original concept. Much of the chrome is gone but there are still opulent materials include leather seating, a leather-wrapped console and instrument panel, contrast stitching, and genuine wood or aluminum surfaces. Things can be further personalized using Lincoln’s Black Label service.

As with most modern cars, there are electronic driver aids, too. These include things such as collision warning and pedestrian detection systems, adaptive cruise control with a traffic jam assistant, and 360-degree camera monitoring.

Rear passengers can enjoy some amenities, too, with such available features as audio and climate controls, sunshades, and reclining, heated, cooled and massaging seats. Premium options that should definitely be checked out include the Revel sound system and seats with up to 30-way adjustment.

Production of the Continental for North American markets will take place at Ford’s Flat Rock Assembly Plant in Michigan. Per Lincoln, key rivals will be the Audi A6 and Mercedes-Benz E-Class. We also suspect a few potential buyers for the new Cadillac CT6 might also want to check out the Lincoln.

More details, including pricing information, will be released closer to the market launch.