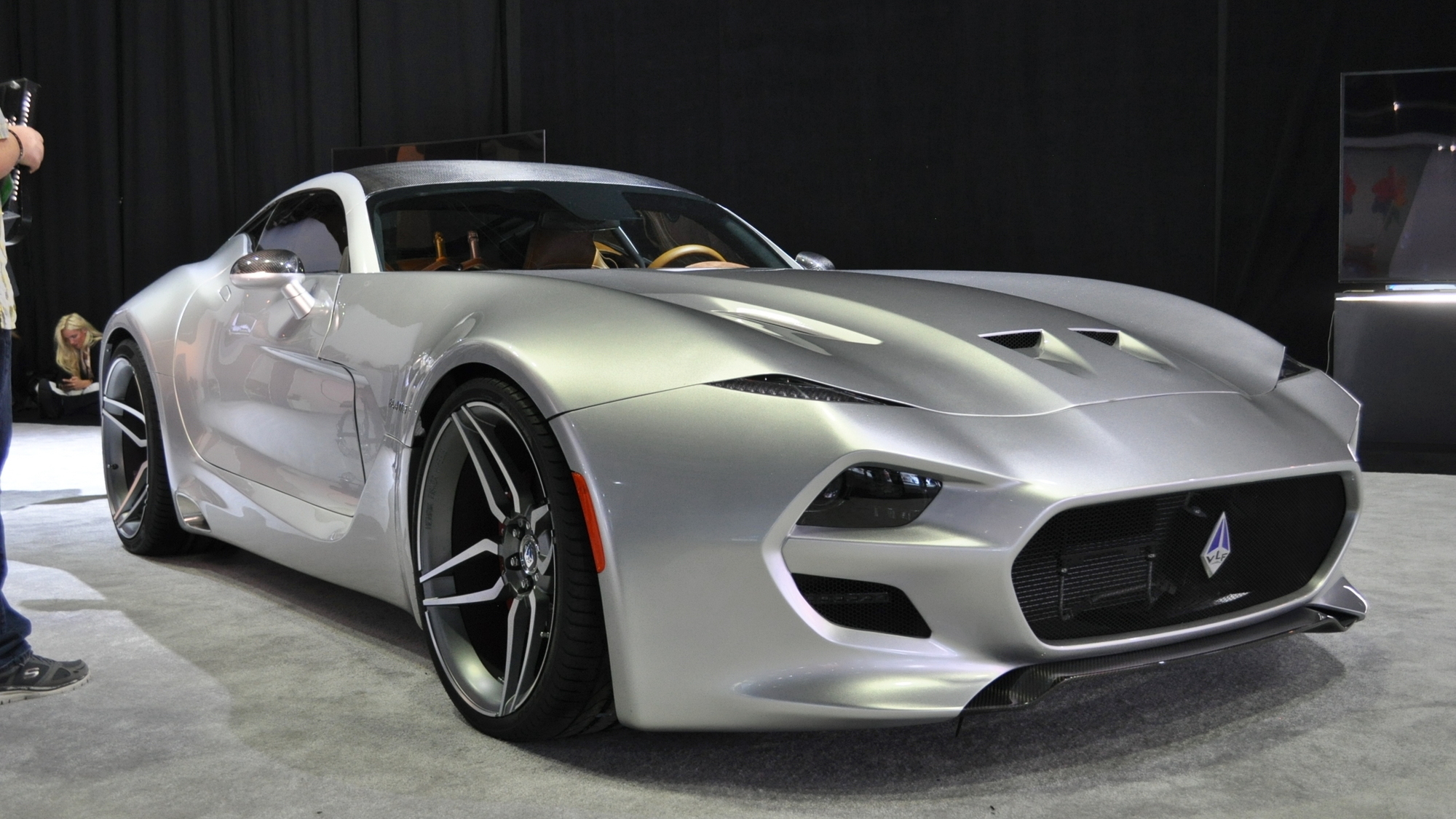 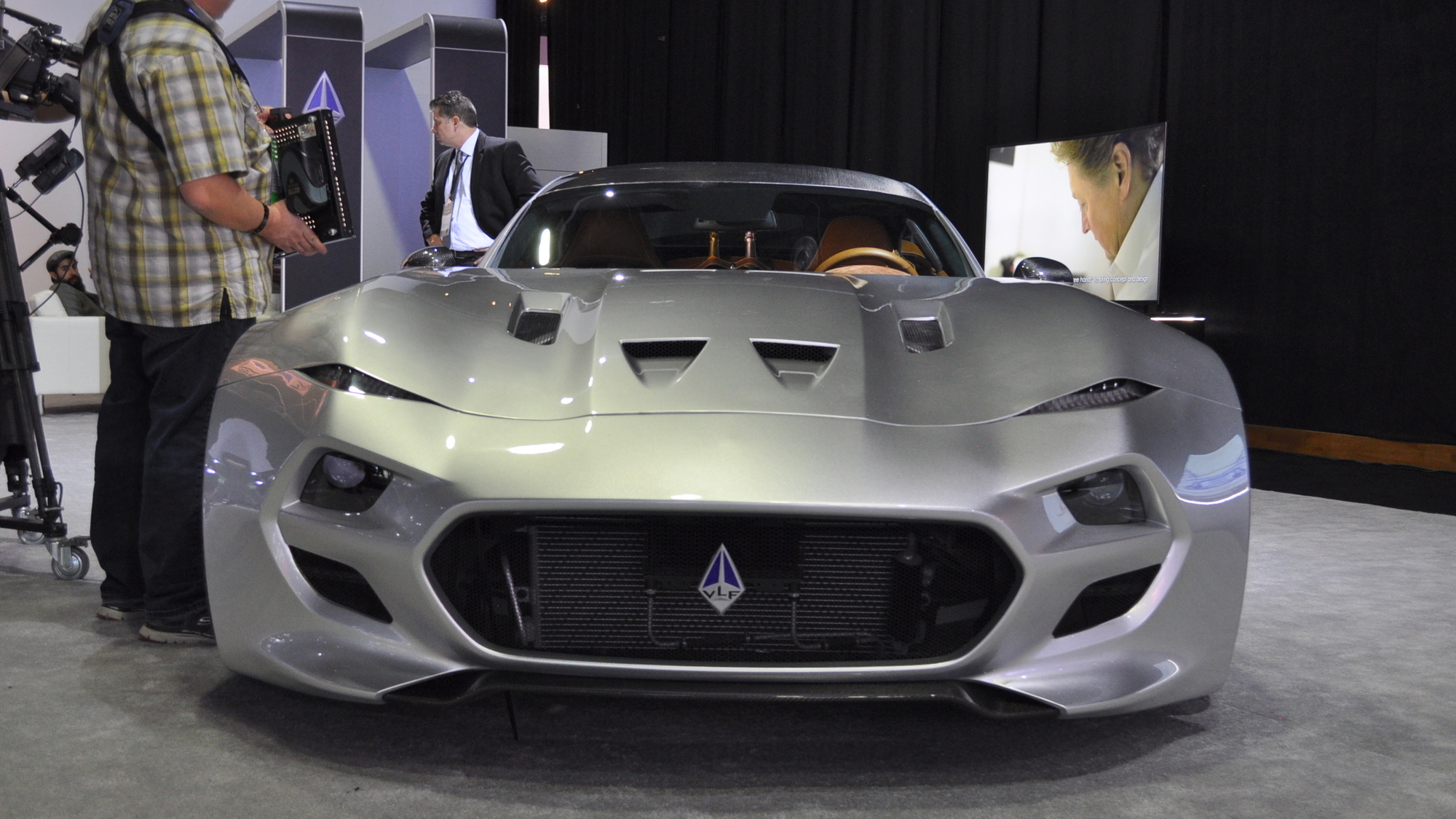 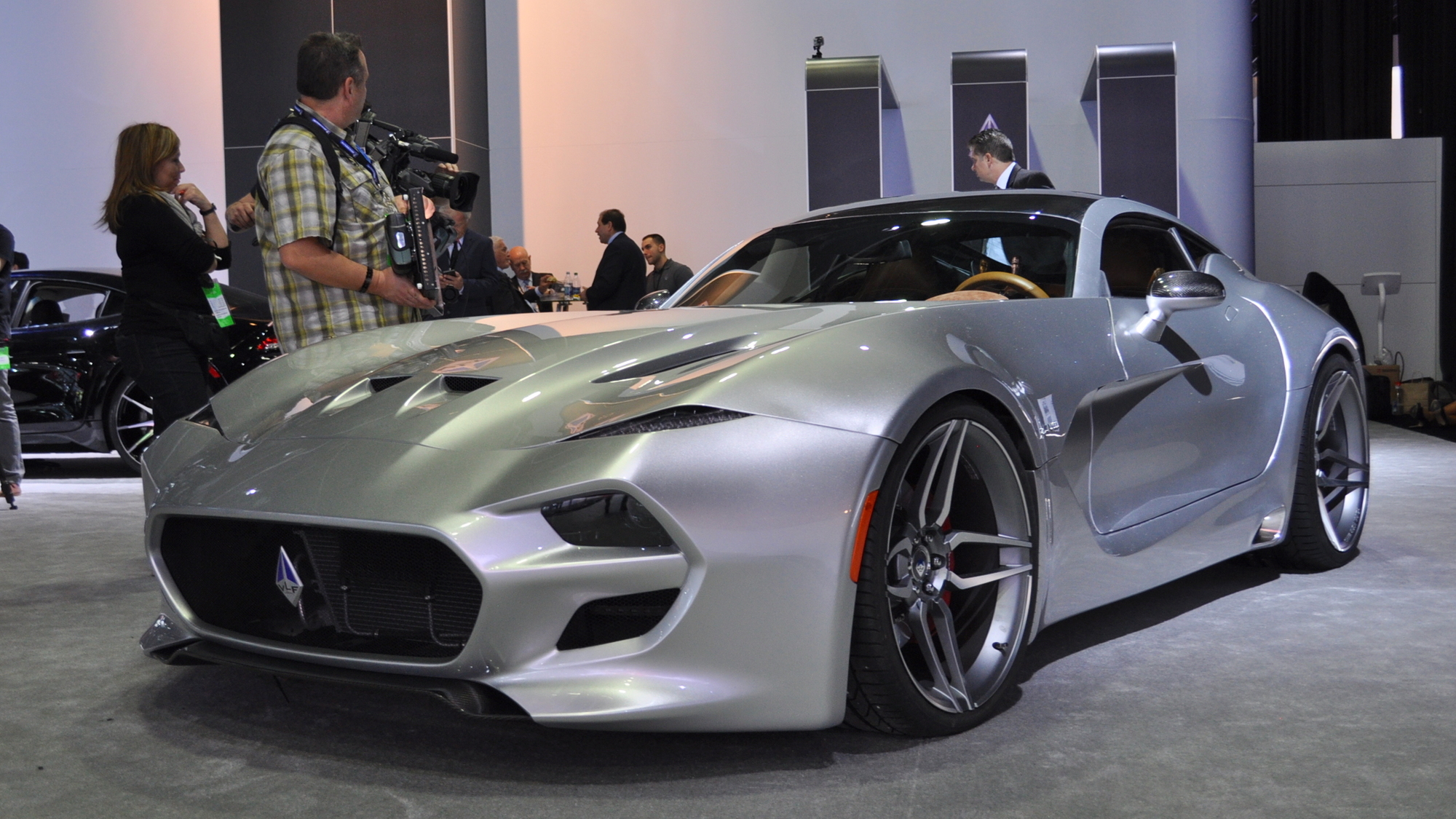 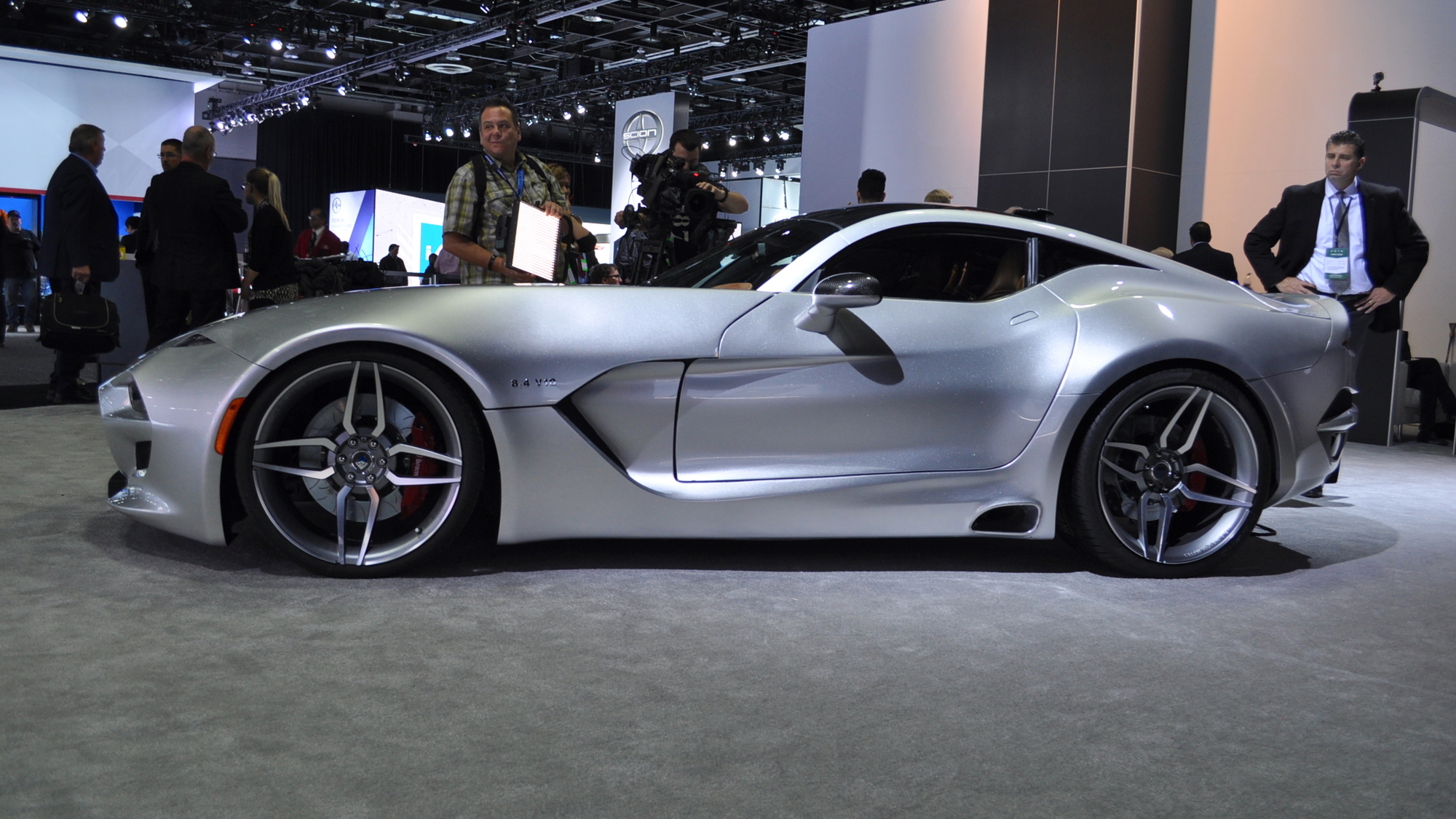 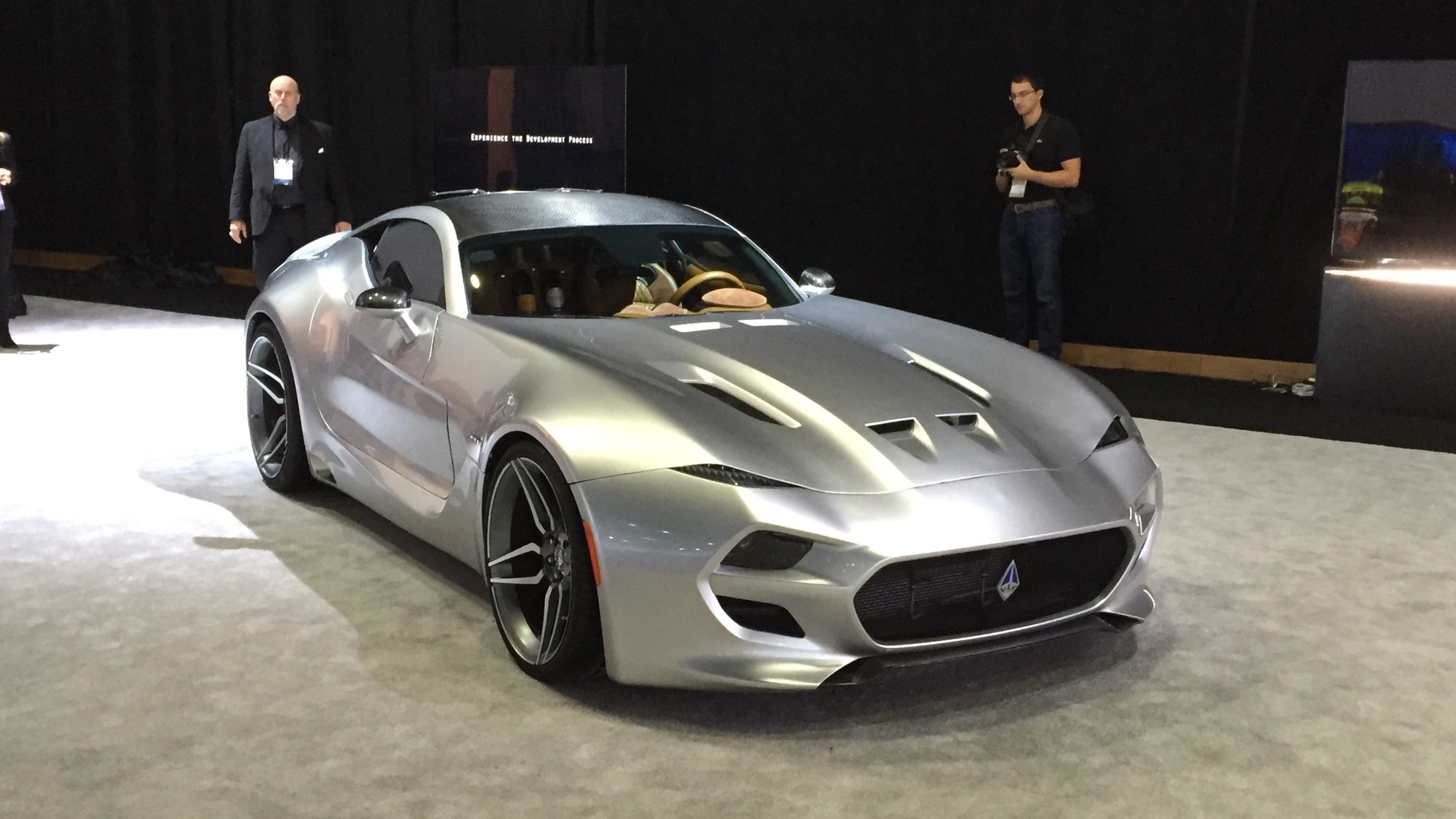 The Force 1 supercar designed by Henrik Fisker and developed together with VLF Automotive (formerly VL) has been unveiled at the Detroit Auto Show, and it turned out the car is based on a donor Dodge Viper.

You’d be hard pressed to guess the two are related, though, thanks to the Force 1’s all-new body which is composed completely of carbon fiber. This helps get the curb weight pegged at 3,395 pounds. The interior has also been dressed up with some tasteful quilted leather and enhanced with a handful of amenities, one of which is wine holder.

The Force 1 will also likely leave the Viper in its dust as its version of the familiar 8.4-liter V-10 has been tuned to deliver 745 horsepower and 638 pound-feet of torque (output in the Viper stands at only 645 hp). The car also offers a paddle-shifted, six-speed automatic as an alternative to the standard manual transmission.

The Force 1 incorporates downforce elements such as the deep front spoiler and aggressive rear diffusor in pure visible carbon fiber. At the top of the rear glass sits a unique rear wing spoiler that also houses the antenna. The wheels are a 21-inch set and at the rear they’re wrapped in massive 355/25-size rubber. Pirelli P Zeros are used.

The goal of the design of the Force 1 was a car that was fully capable at the track yet also easy to live with on a daily basis. That certainly appears to be the case given the comfort features it boasts over its donor Viper. In addition to the aforementioned wine holder, the car also comes with a Wi-Fi hotspot, a carbon fiber sunglass holder, satellite navigation and electric adjustment for the seats.

Production is scheduled to start in late April at the same Auburn Hills, Michigan facility where VLF is assembling its Fisker Karma-based Destino sports sedans. The company hopes to build around 50 examples and if you’re interested in one the starting price is set at $268,500.

Note, there’s been some controversy surrounding the reveal. In the lead up to today’s unveiling, Aston Martin attempted to prevent the car being unveiled on the grounds that the design, based on a teaser sketched, looked too much like one of its own sports cars.

For more from the Detroit auto Show, head to our dedicated hub.