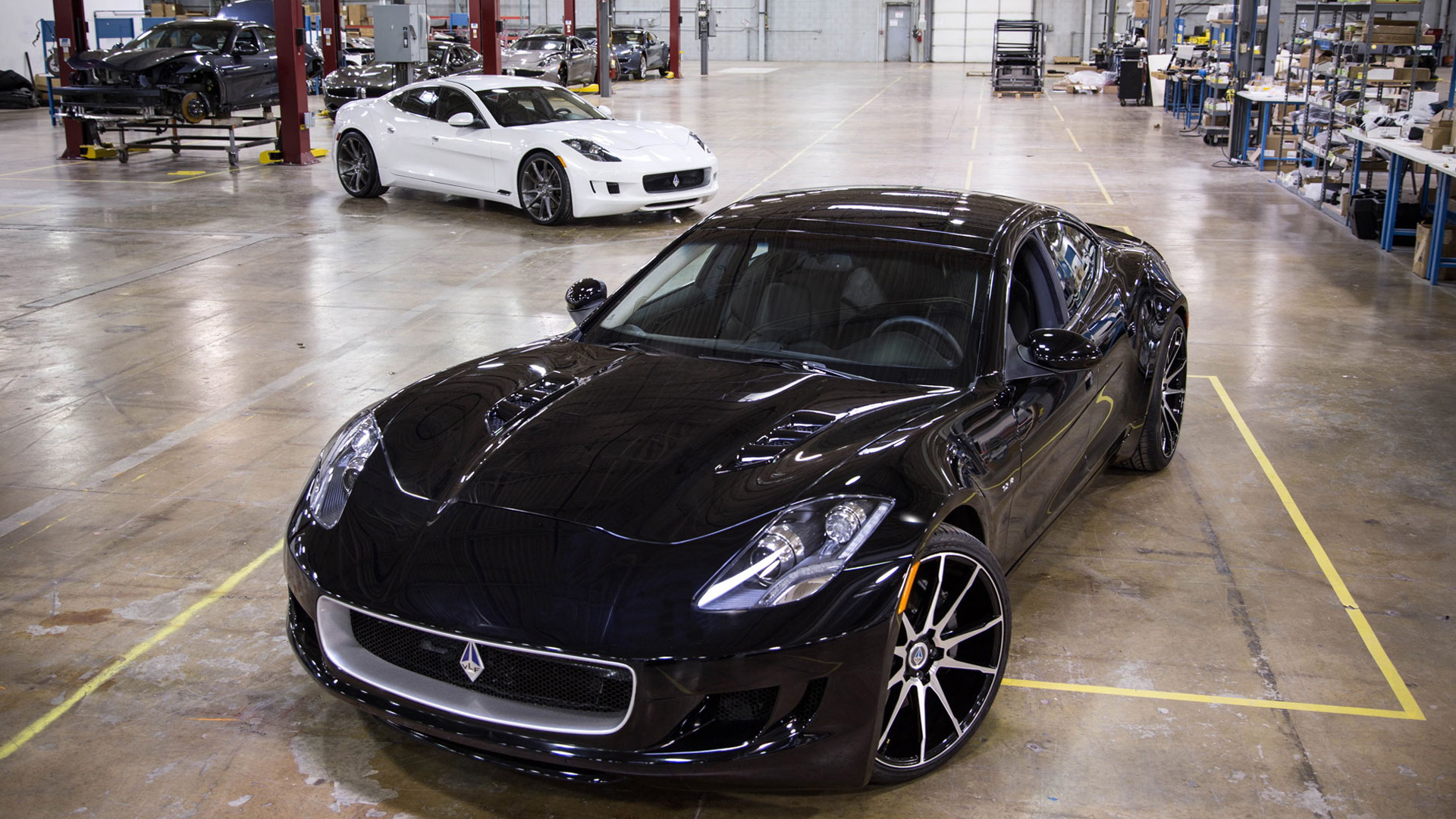 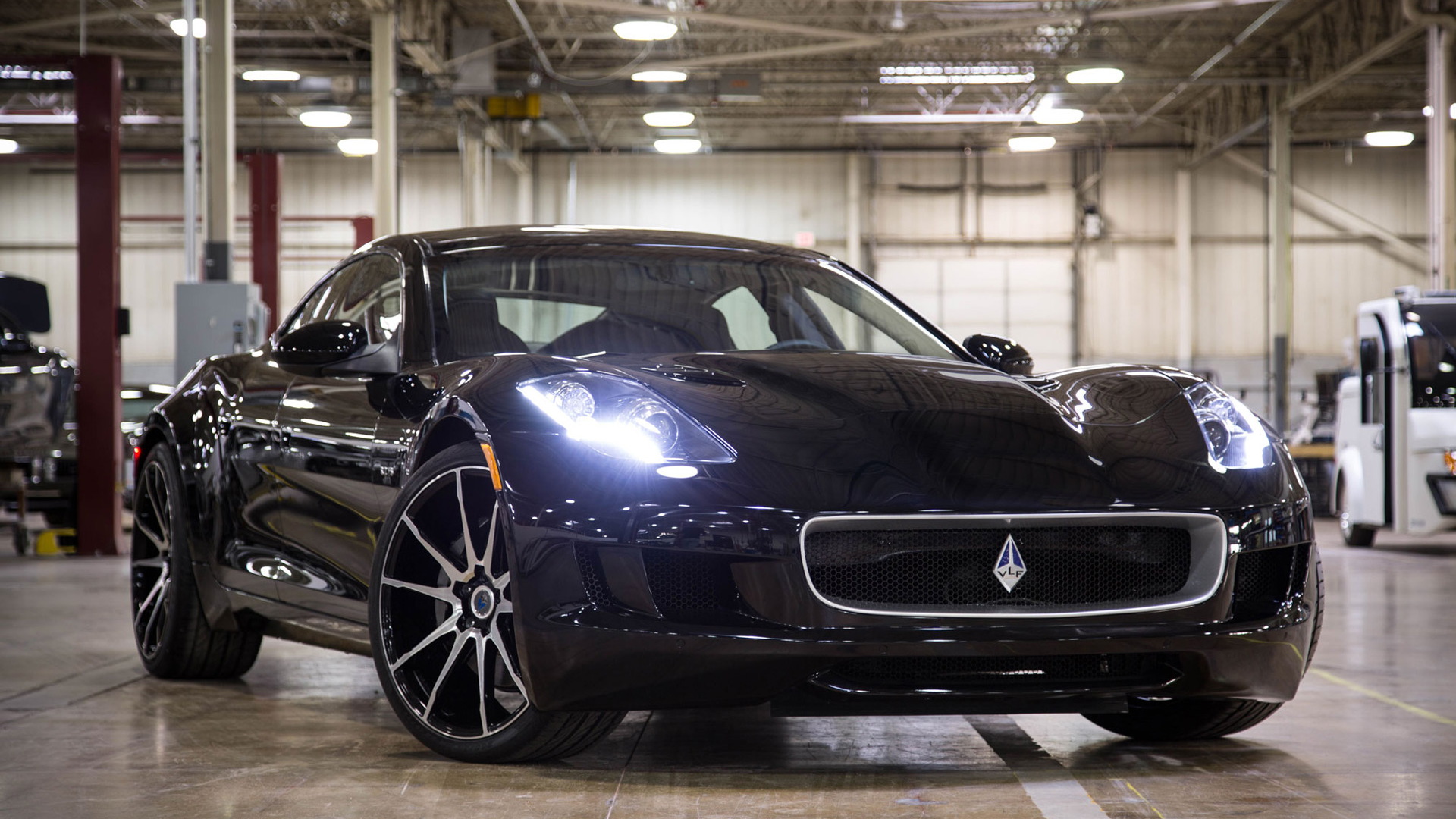 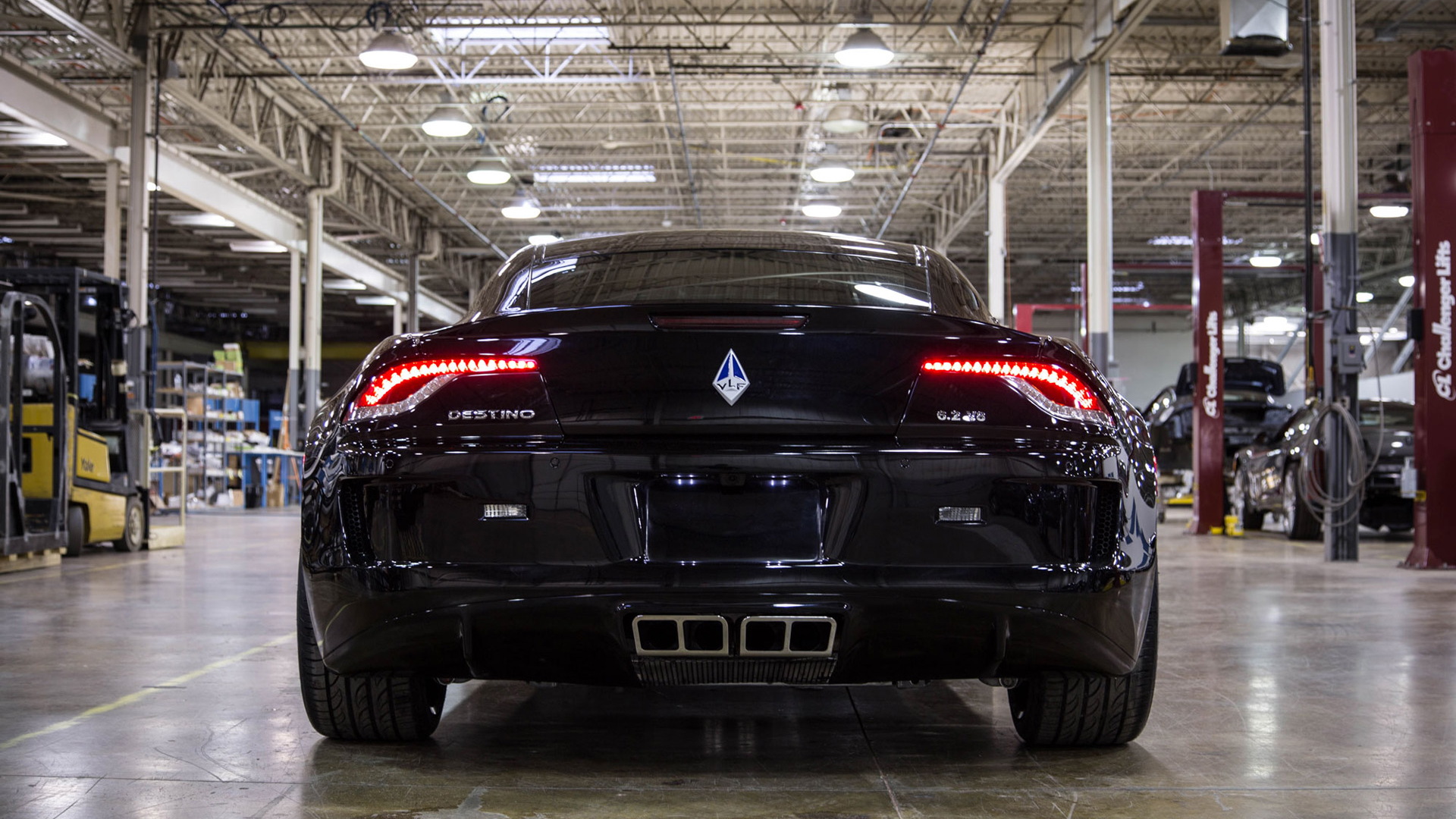 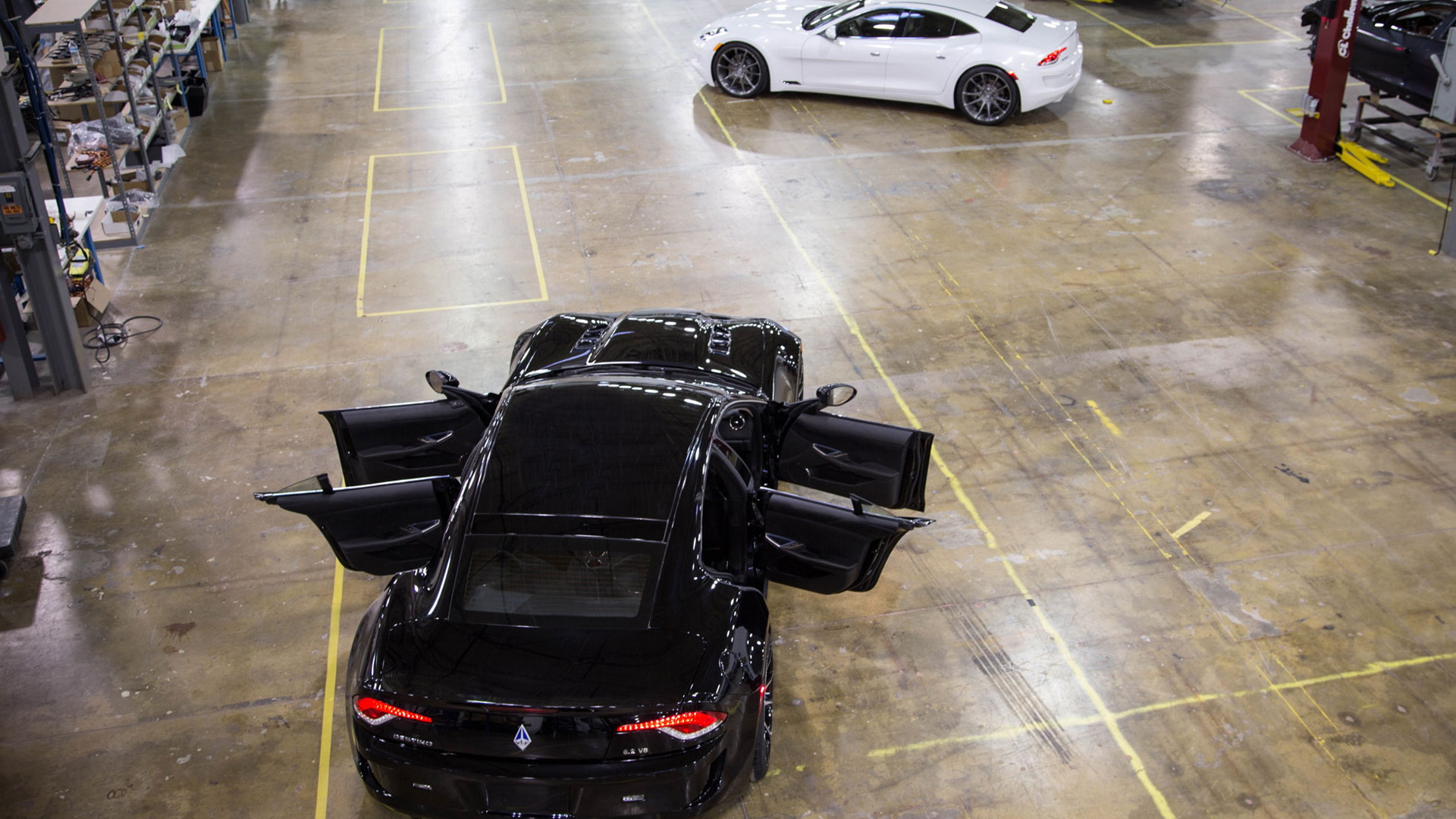 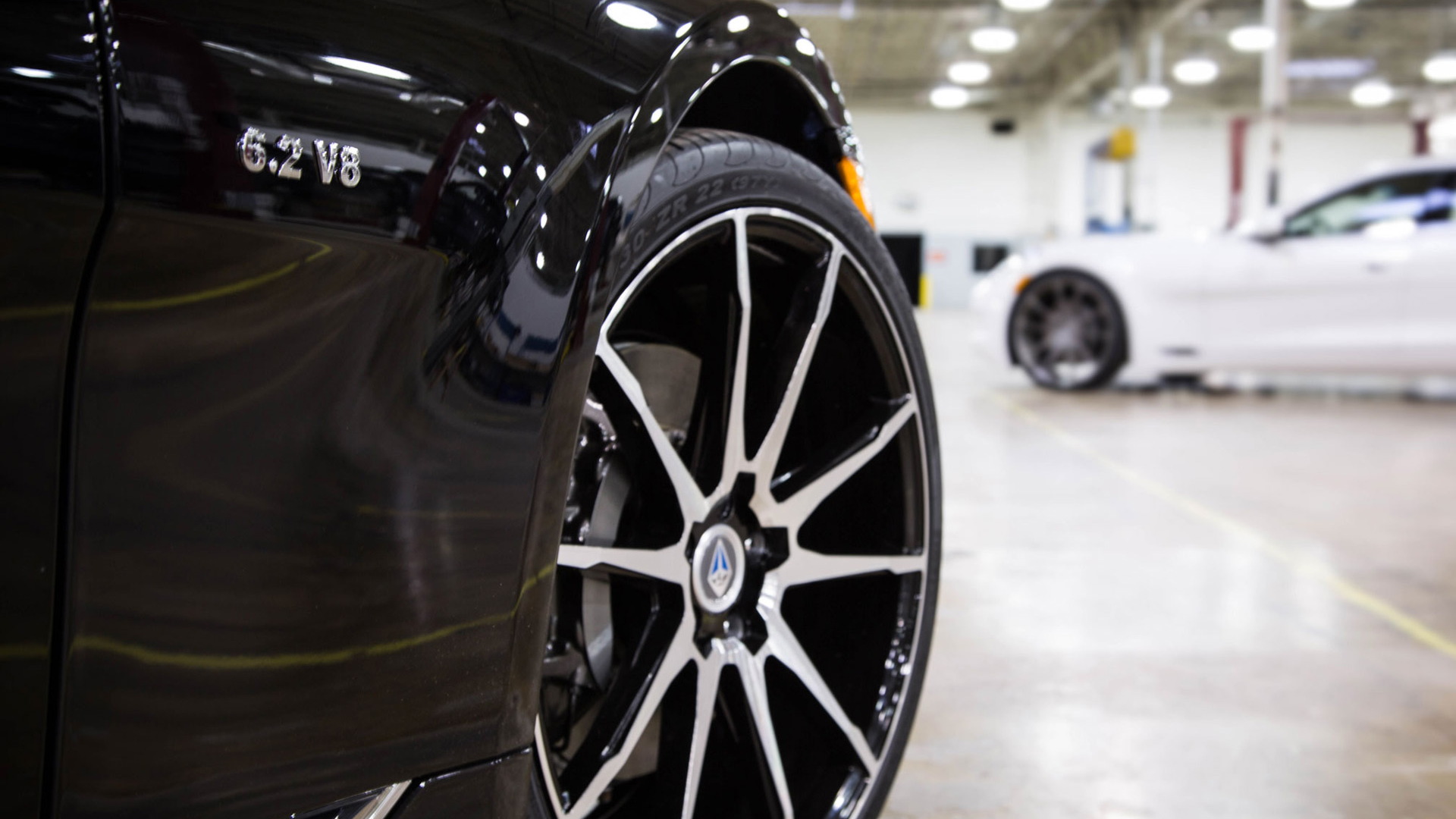 It’s been almost three and a half years since industry veteran Bob Lutz showed up at the Detroit Auto Show with a Fisker Karma sedan whose extended-range electric drivetrain was stripped out and replaced by a supercharged V-8 engine normally found in the C6 Corvette ZR1 supercar.

Lutz is now selling the V-8-powered Karmas, which he has renamed the Destino. He’s offering the cars under the new brand VLF, which he started in partnership with designer Henrik Fisker and entrepreneur Gilbert Villereal. Fisker of course was the designer of the original Karma.

The first of the Destinos was delivered to Lutz himself. Photos of the car, which Lutz supplied to The Detroit News, reveals the 84-year-old chose a silver exterior and tan leather in the cabin.

Another VLF buyer is described as a famous musician, with rumors suggesting it’s Carlos Santana. The legendary guitarist is a Karma owner so perhaps he simply had his car converted.

Anyone looking to buy a Destino will need at least $229,000. That gets you a handsome albeit relatively cramped luxury sedan with 638 horsepower and 604 pound-feet of torque. VLF is only offering an automatic transmission at this point, though the unit comes with paddle shifters for pseudo-manual control.

VLF quotes a 0-60 mph time of 3.9 seconds and a top speed of 200 mph for the Destino. Unfortunately, even without the batteries of the Karma the Destino is still a heavyweight at 4,300 lb. Those looking for even more performance can opt for VLF's Dodge Viper-based Force 1 supercar.