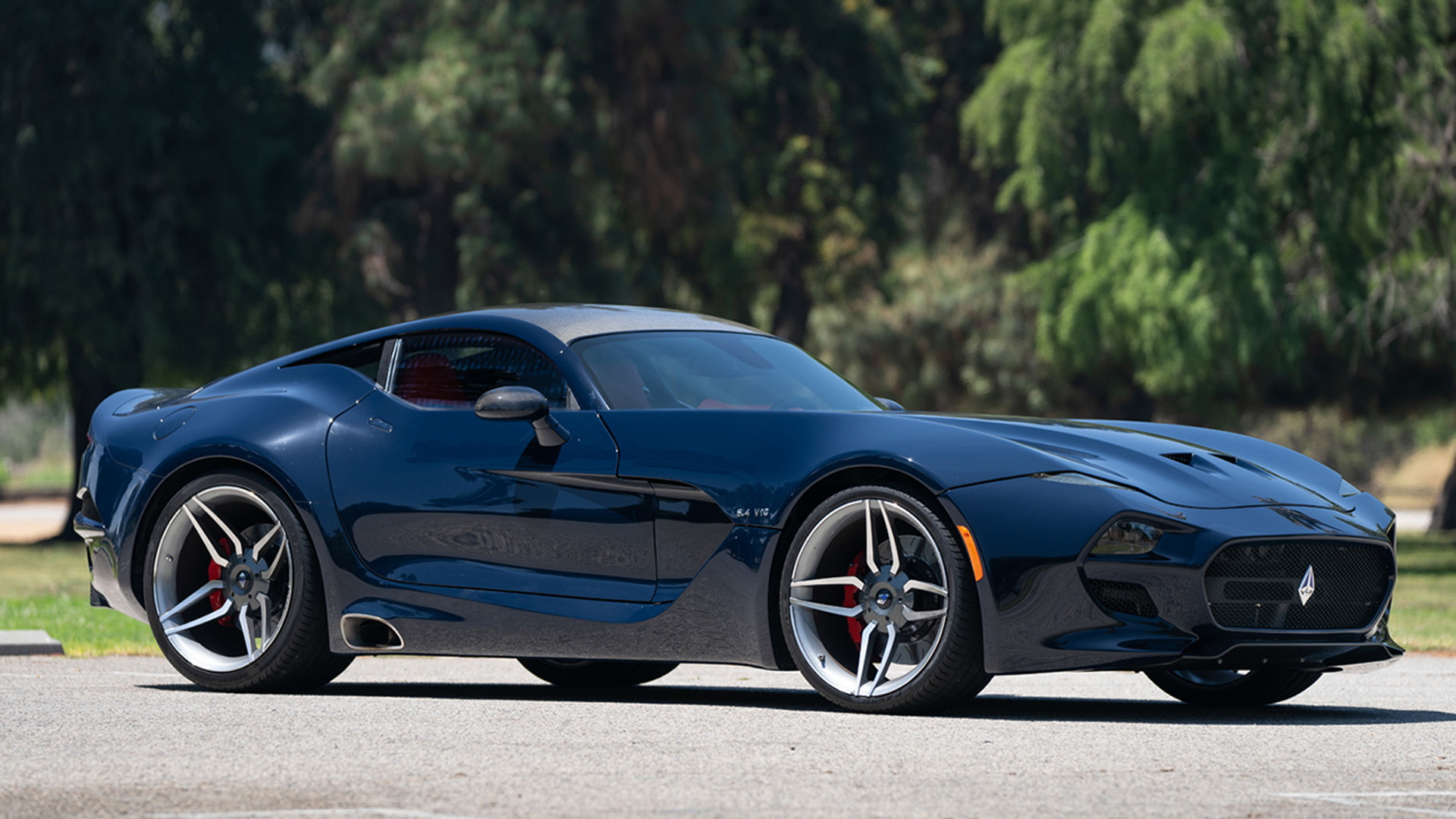 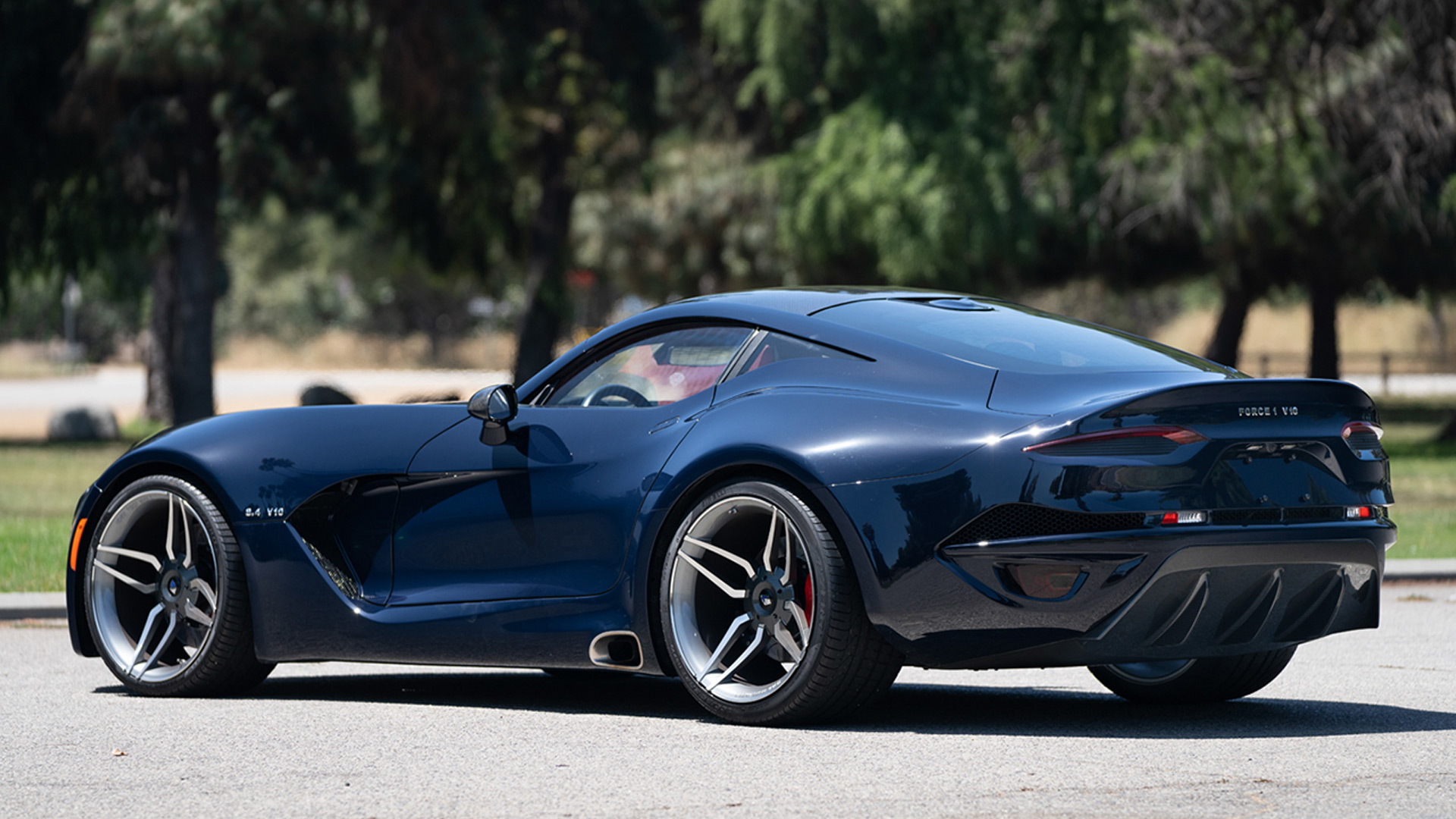 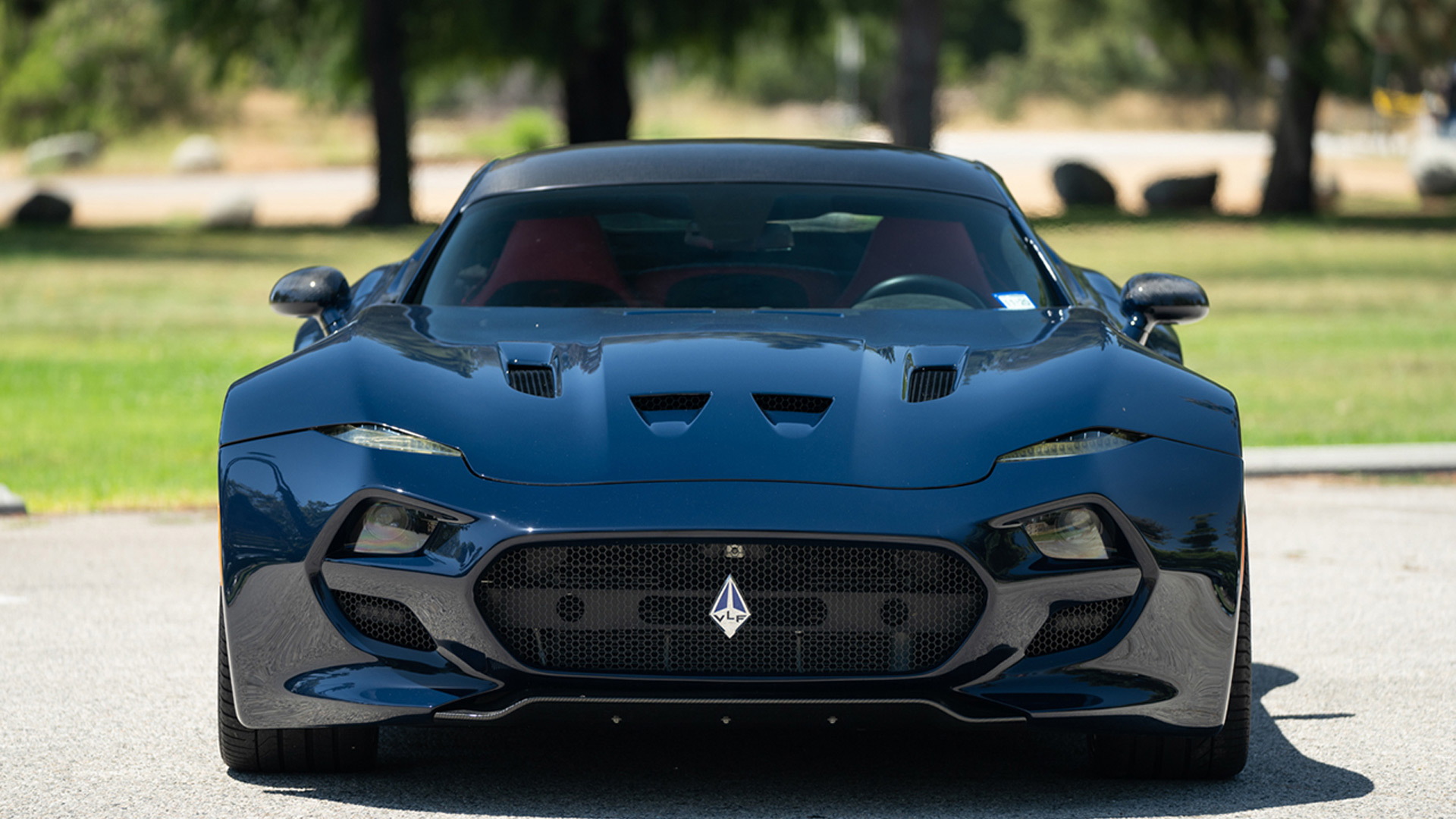 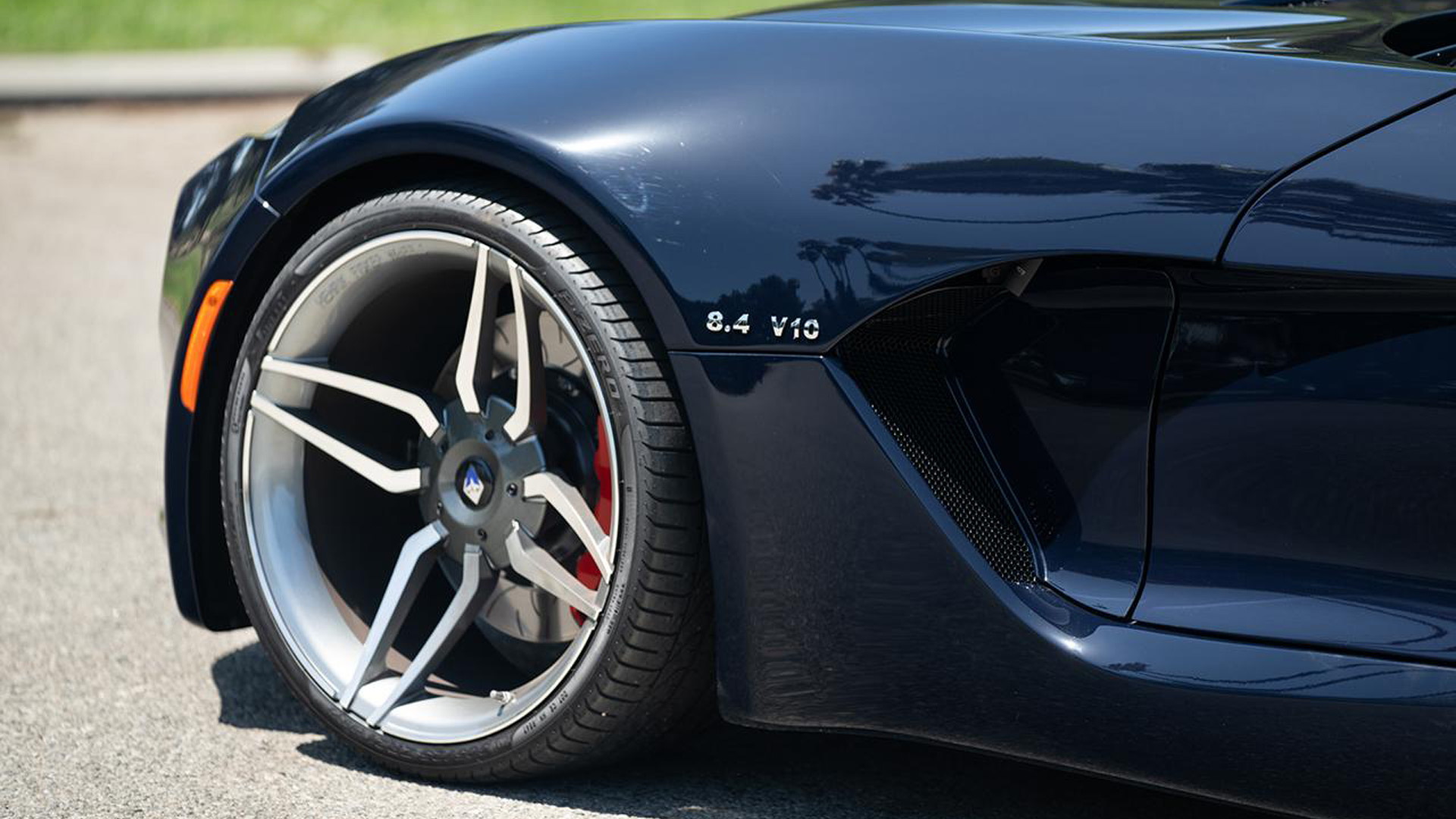 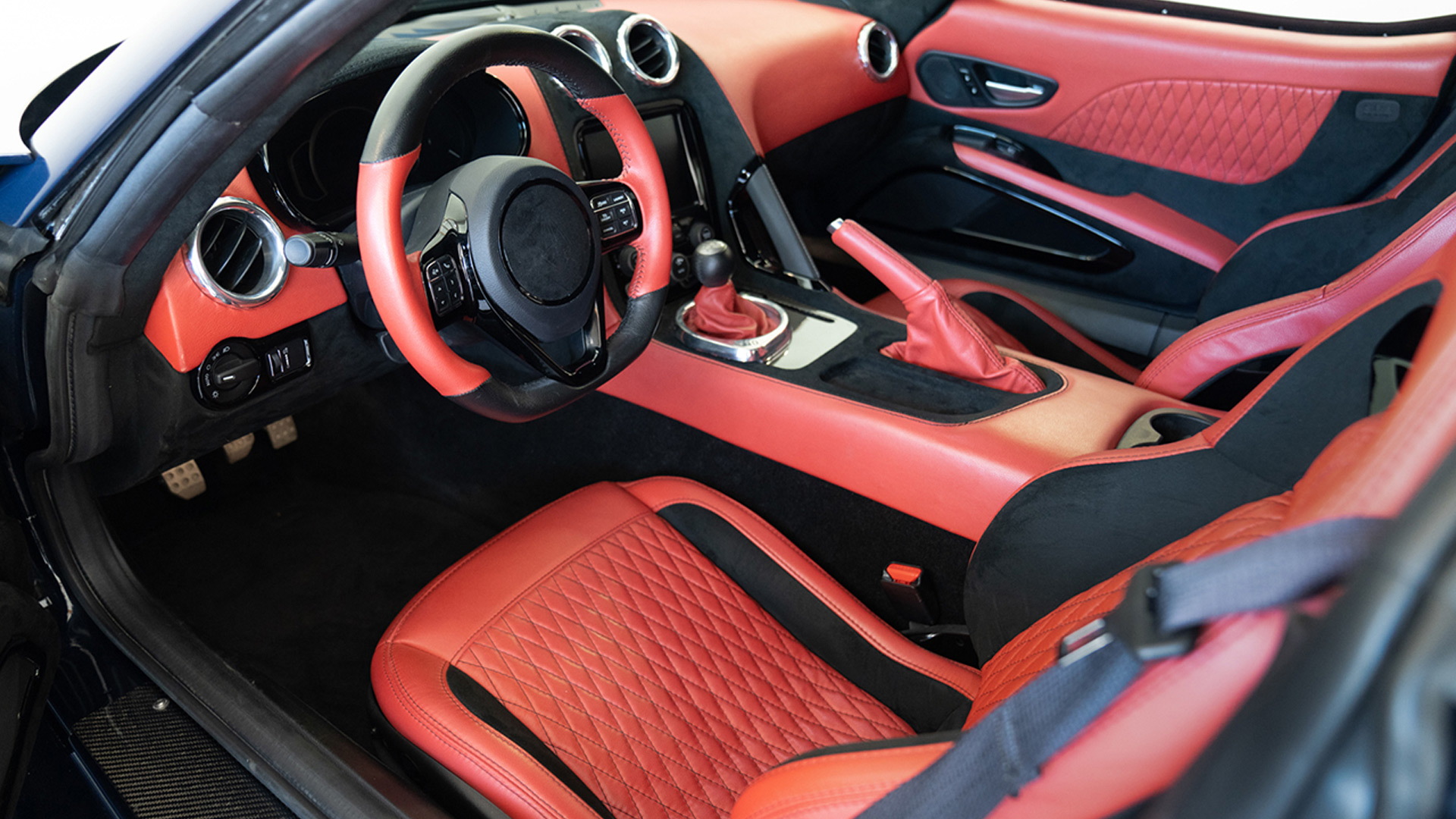 A few years ago, a company co-founded by Bob Lutz unveiled a supercar based on the Dodge Viper and featuring styling by Henrik Fisker.

It was called the Force 1 V10, and just five were made by VLF based in Auburn Hills, Michigan. Now one of those five cars can be yours as it's listed for sale in Gooding & Company's Geared Online auction.

The car, finished in dark blue and with a red and black interior, is the first of the five Force 1 V10 supercars made. The original buyer raced a Viper GT3R and was an early supporter of the Force 1 V10 project, which ensured he received build number one. He's put just 1,370 miles on the odometer.

The Force 1 V10 made its debut in Detroit at the 2016 North American International Auto Show. A roadster body style was shown two years later, but it isn't clear if any of these were actually sold. Although VLF intended to build up to 50 Force 1 V10s, it appears there weren't enough takers.

The Force 1 V10 kept the Viper’s 8.4-liter V-10 but saw output dialed to 745 horsepower, up from 645 in the Dodge. The car also featured carbon-fiber body panels and was available with a paddle-shifted, 6-speed automatic as an alternative to the Viper’s standard 6-speed manual transmission (this one's got the manual). Performance estimates included a 0-60 mph time of 3.0 seconds and a top speed of 218 mph.

In related news, VLF filed a lawsuit in June against EV startup Karma Automotive. As outlined in a Bloomberg report published Wednesday, the suit alleges VLF proposed a partnership with Karma to sell civilian versions of the Humvee in China, after which Karma used information from the proposals to contact suppliers and cut VLF out of the deal.

VLF is seeking 18.5 million in damages from Karma, to cover its investment in the Humvee project and share of projected profits.