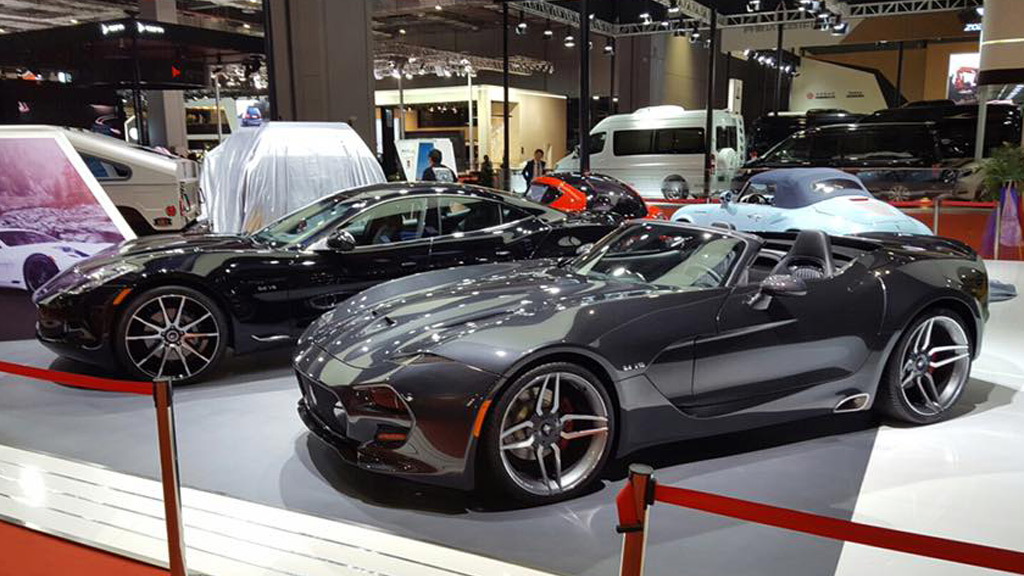 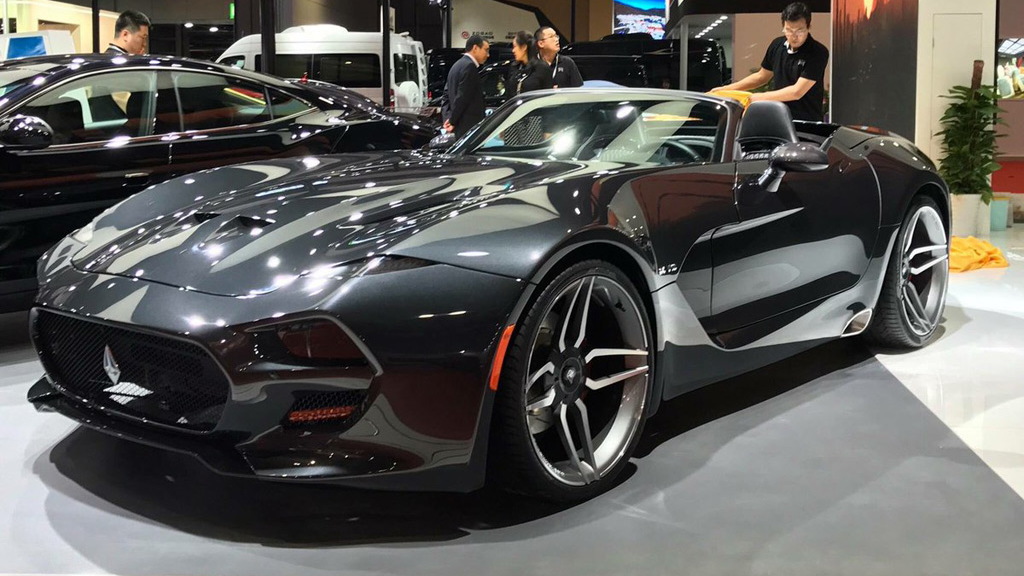 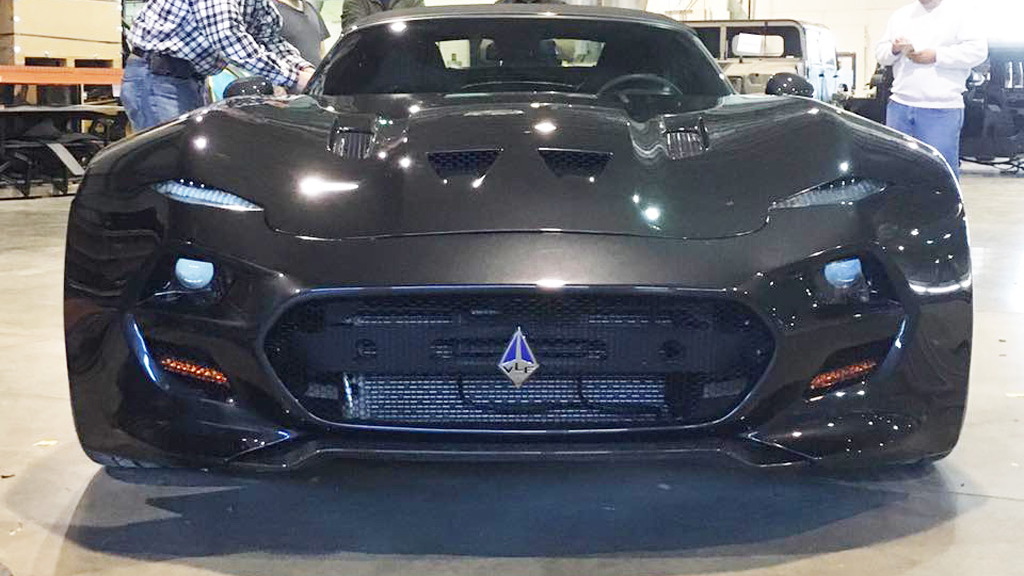 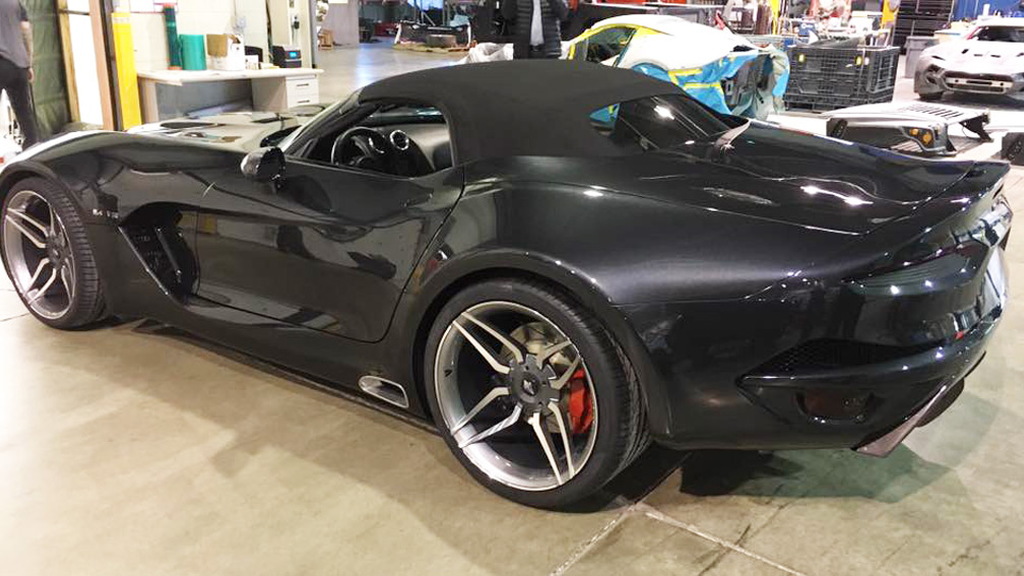 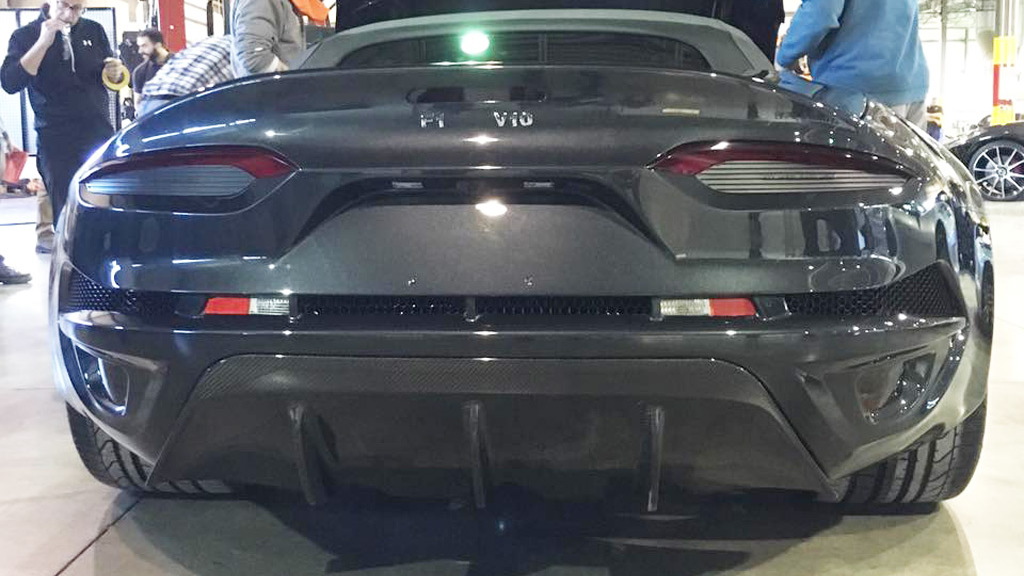 Dodge never released an open-top version of the current Viper, and soon the car will be out of production—this time for good.

However, you can now place an order for a car very similar to what an open-top fifth-generation Viper might have been like.

The car is the VLF Force 1 V10 Roadster, the open-top version of VLF's Force 1 V10 coupe unveiled at the 2016 Detroit auto show and based on the Dodge Viper. The open-top car made its debut during last week’s 2017 Shanghai auto show.

The Force 1 V10 Roadster looks identical to the coupe apart from the soft-top roof which is designed to fold away in seconds. Describing the look, VLF design boss Henrik Fisker said he was especially pleased with the low front windscreen and the powerful rear haunches.

Another highlight is the four-spoke aluminum wheel design. The wheel measures 21 inches across and has a concave internal design to improve strength and thus also reduce required mass. Each of the wheels are shod in Pirelli P Zero tires and house a Brembo brake package.

The body of the Force 1 V10 Roadster, like the coupe, is all carbon fiber and inside you’ll find a mix of Alcantara, leather and suede trim. VLF is also offering an infotainment package complete with navigation and Wi-Fi.

The Force 1 V10 Roadster features the same mechanical package as the coupe. This means an 8.4-liter V-10 mounted up front and delivering 745 horsepower and 638 pound-feet of torque to the rear wheels. Buyers can choose between a 6-speed manual or 6-speed automatic with paddle shifters for the transmission.

Performance estimates include a 0-60 mph time of 3.0 seconds or less and a top speed in excess of 200 mph, though it's not stated with which transmission these figures were achieved.

Pricing is also yet to be announced but should start higher than the $268,500 starting price of the coupe. Production will be handled at VLF’s plant in Auburn Hills, Michigan.