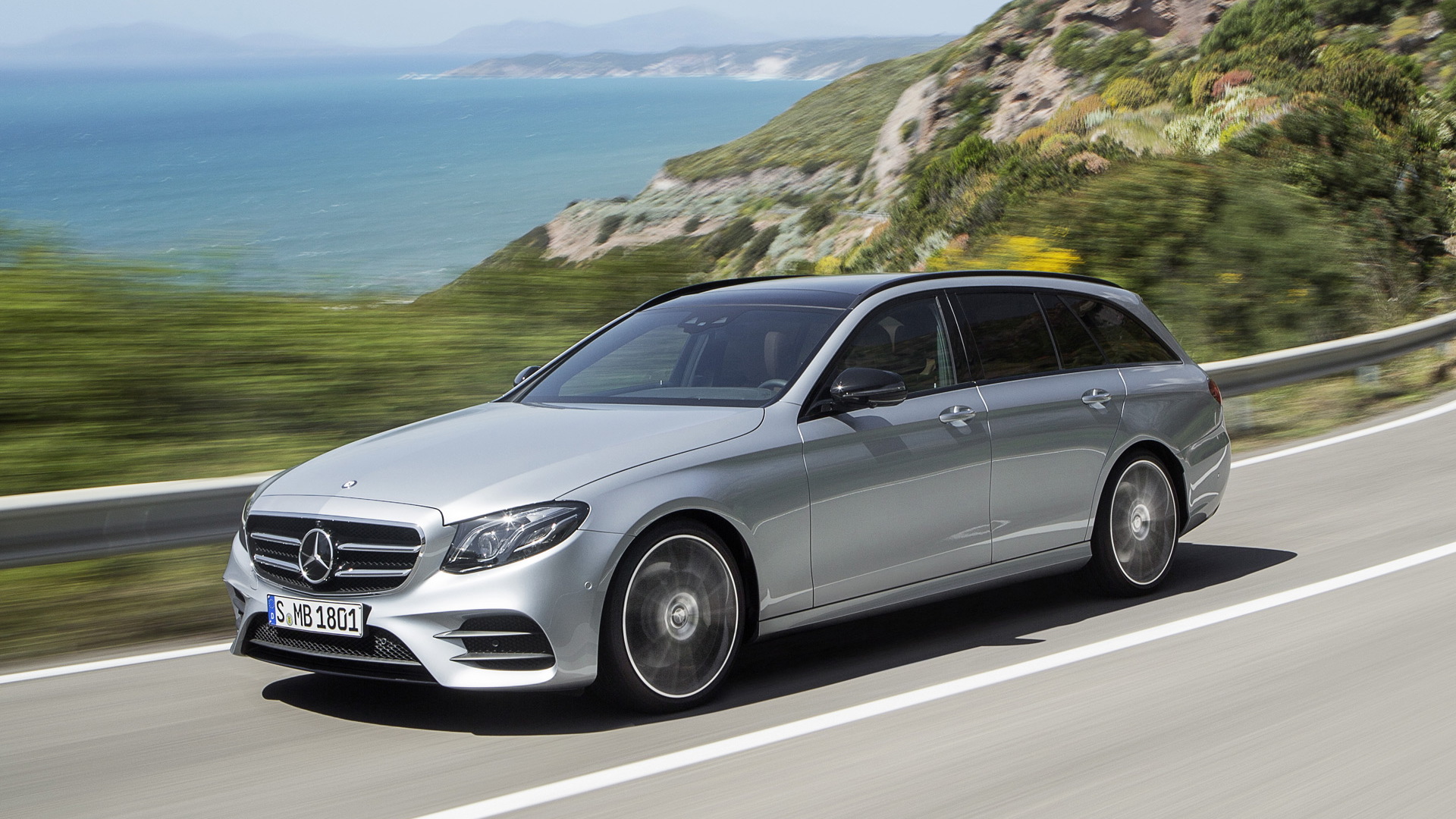 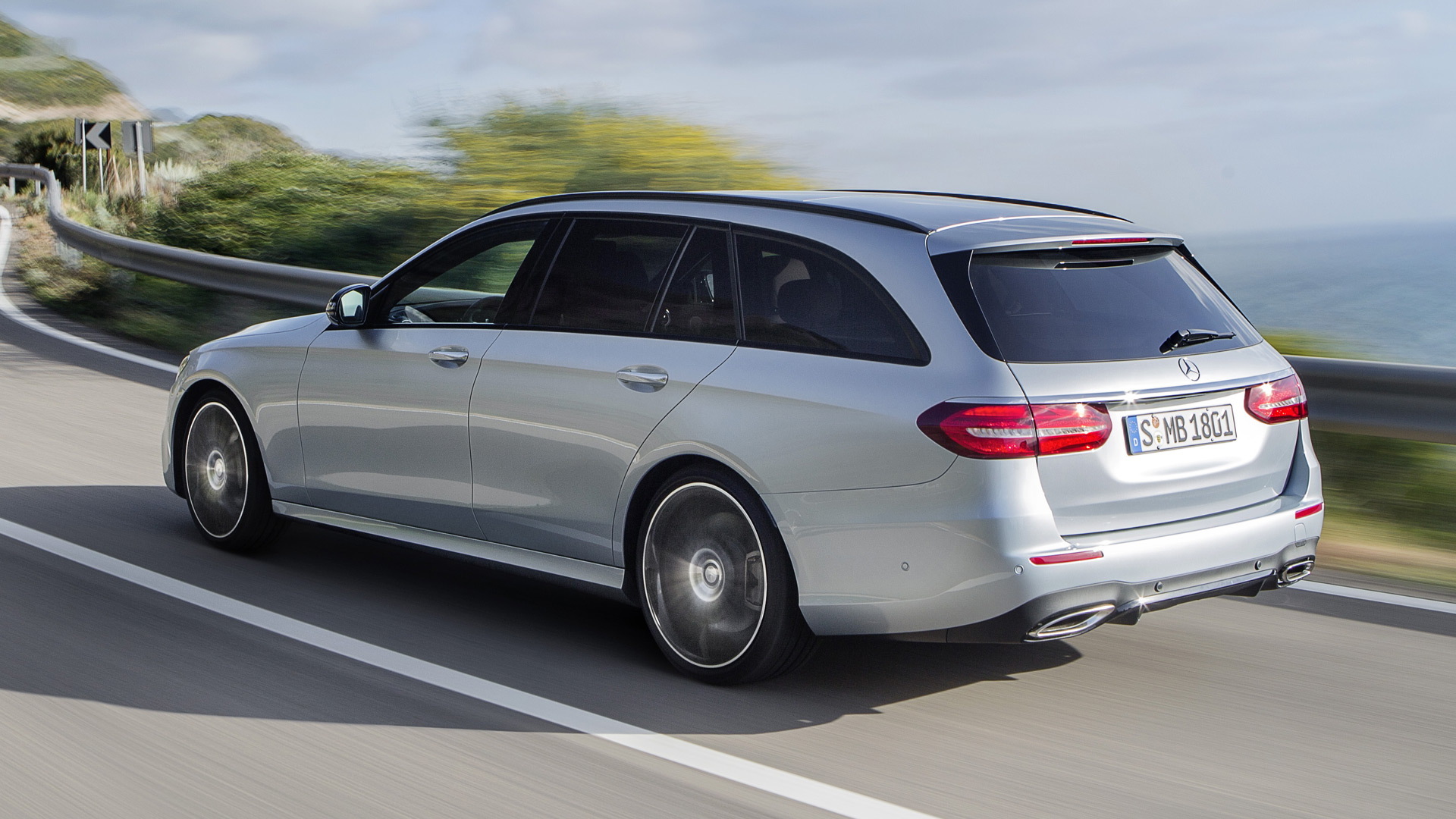 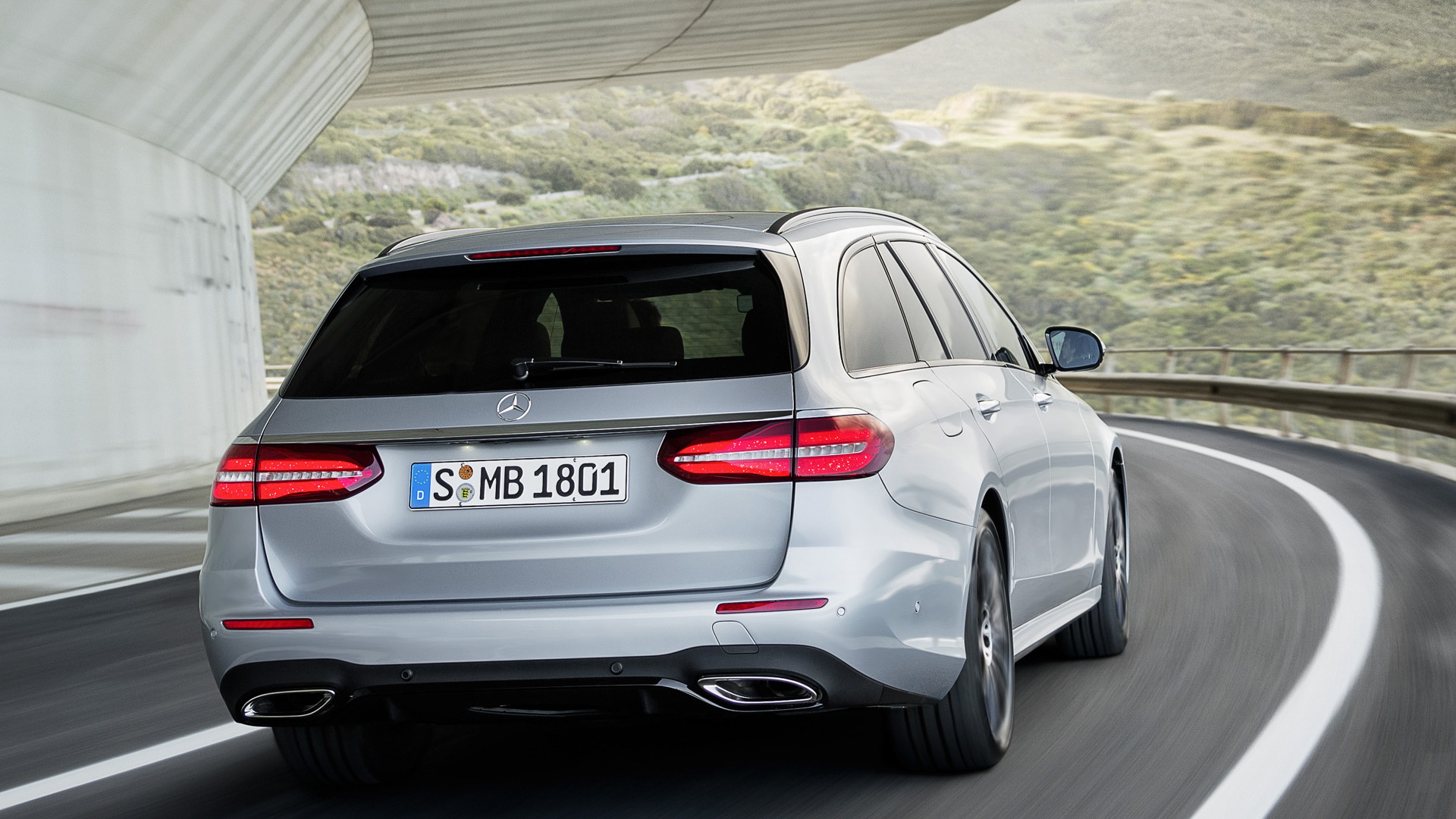 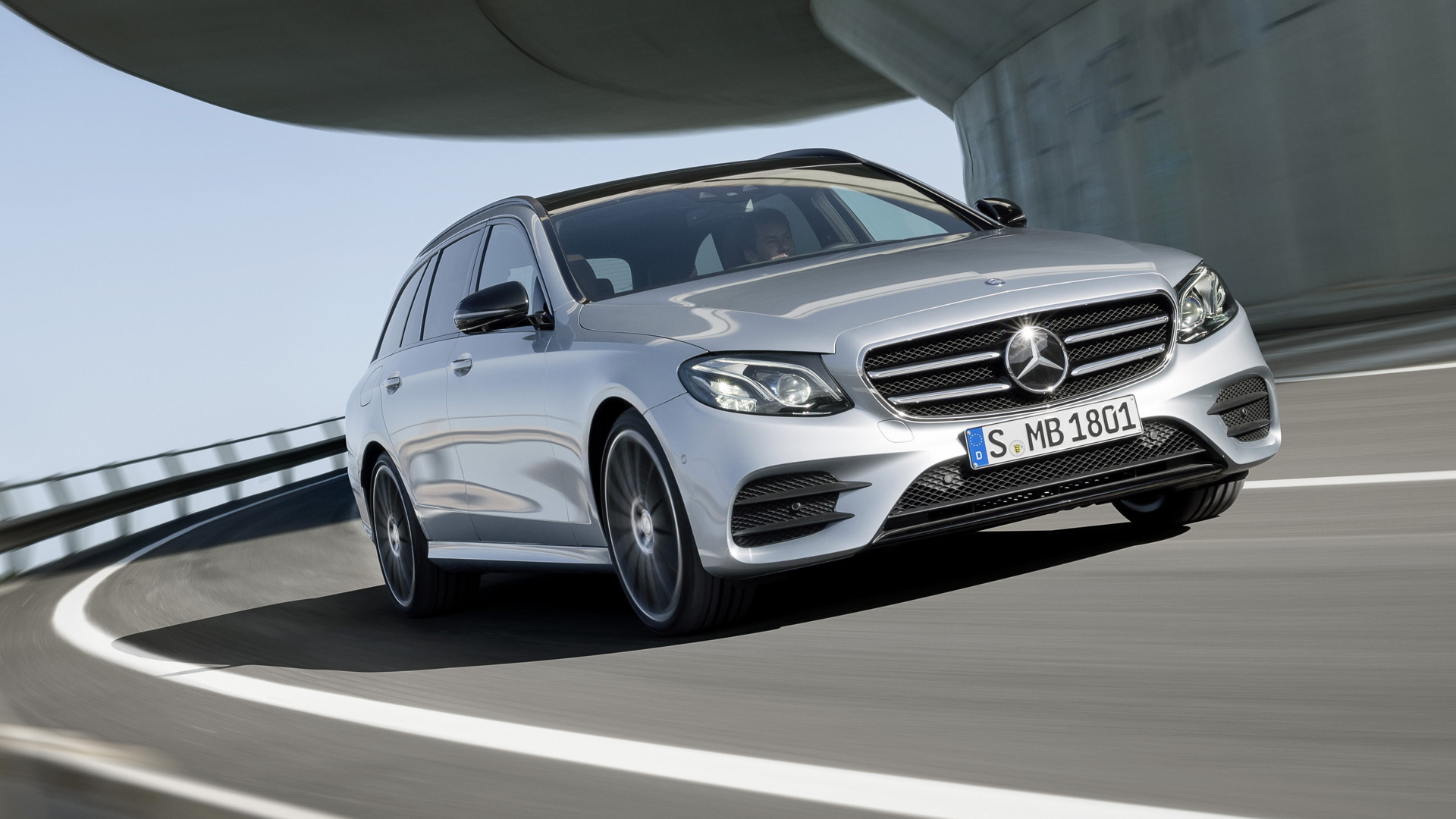 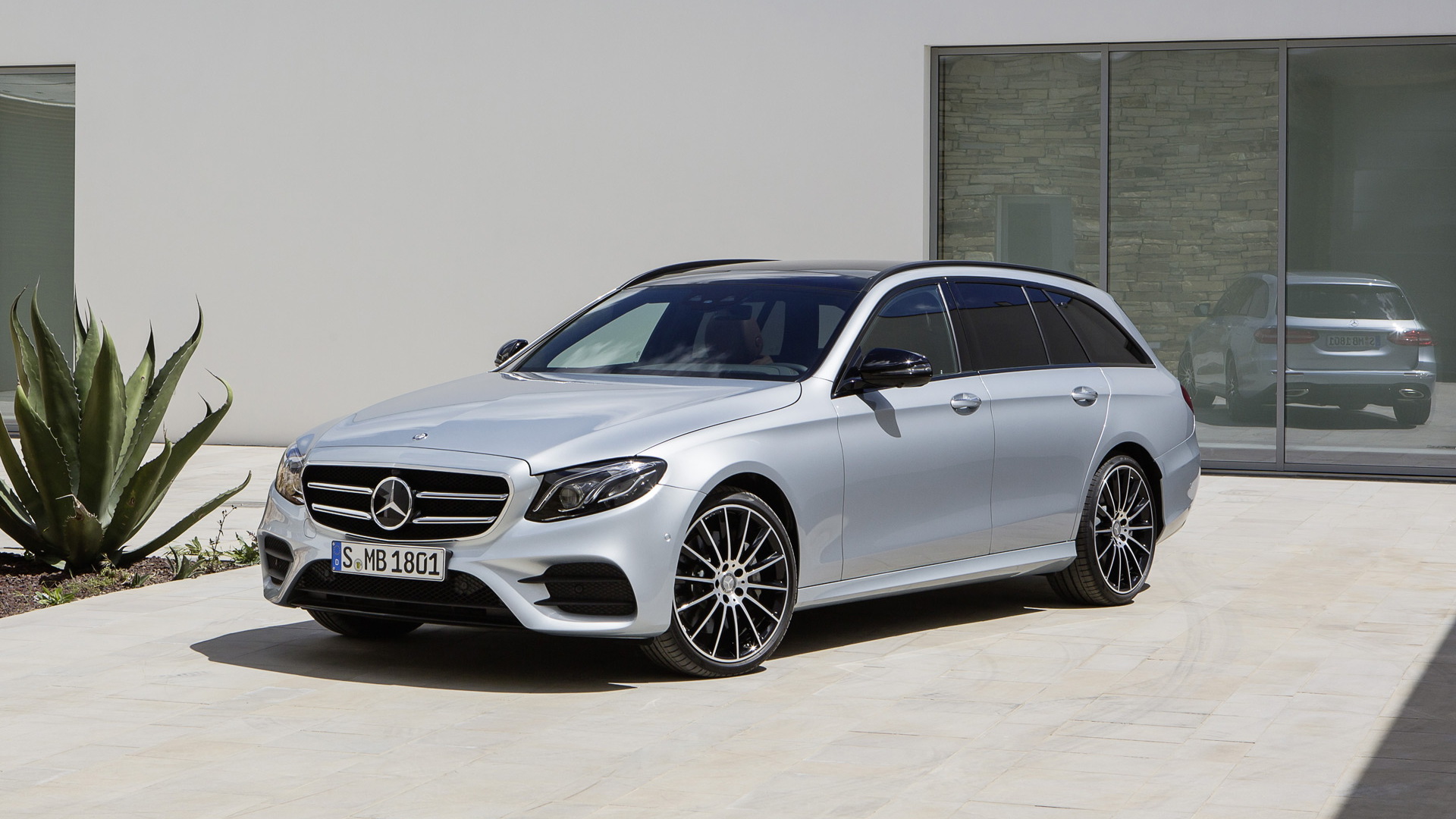 Now we have our first look at the new E-Class Wagon, which has all the same qualities of the sedan plus the added benefit of additional cargo space.

The 115.7-inch wheelbase is the same as on the sedan but thanks to the wagon’s extended roof and rear hatch there’s a ton of extra space. Mercedes hasn’t provided an exact figure for cargo space but says its comparable to the previous model which had 57.4 cubic feet.

Once again the rear seats have a split-fold function but there’s a new element: it’s now possible to position the rear seats at an approximately 10-degree steeper angle, which helps to create additional space when five seats are still required.

The new E-Class Wagon can also be turned into a seven-seater thanks to two rear-facing seats that fold out of the seatbacks of the standard rear seats. These, however, are only suitable for small children.

The list of standard extras doesn’t end there. Self-levelling air suspension is featured at the rear to ensure the vehicle remains flat, even when fully loaded or towing. The rear hatch, which is automatic, also has a function allowing you to program how high it reaches to prevent impacts with low garage ceilings.

While the sedan reaches showrooms this summer, the wagon won’t be available until early 2017. Pricing information will be released closer to the market launch.

There will only be one model at launch, in this case an E400 4Matic Wagon. It features a twin-turbocharged 3.0-liter V-6 good for 329 horsepower and 354 pound-feet of torque, with drive going to all four wheels via a 9-speed automatic transmission.

Further down the track, the E400 4Matic Wagon will be joined by a new generation of the E63 4Matic Wagon, which has been spied testing. This model will get a twin-turbocharged 4.0-liter V-8 with around 600 hp on tap. Sadly, there are no plans to introduce a mid-range E43 4Matic Wagon in the United States, though we will receive an E43 4Matic sedan.