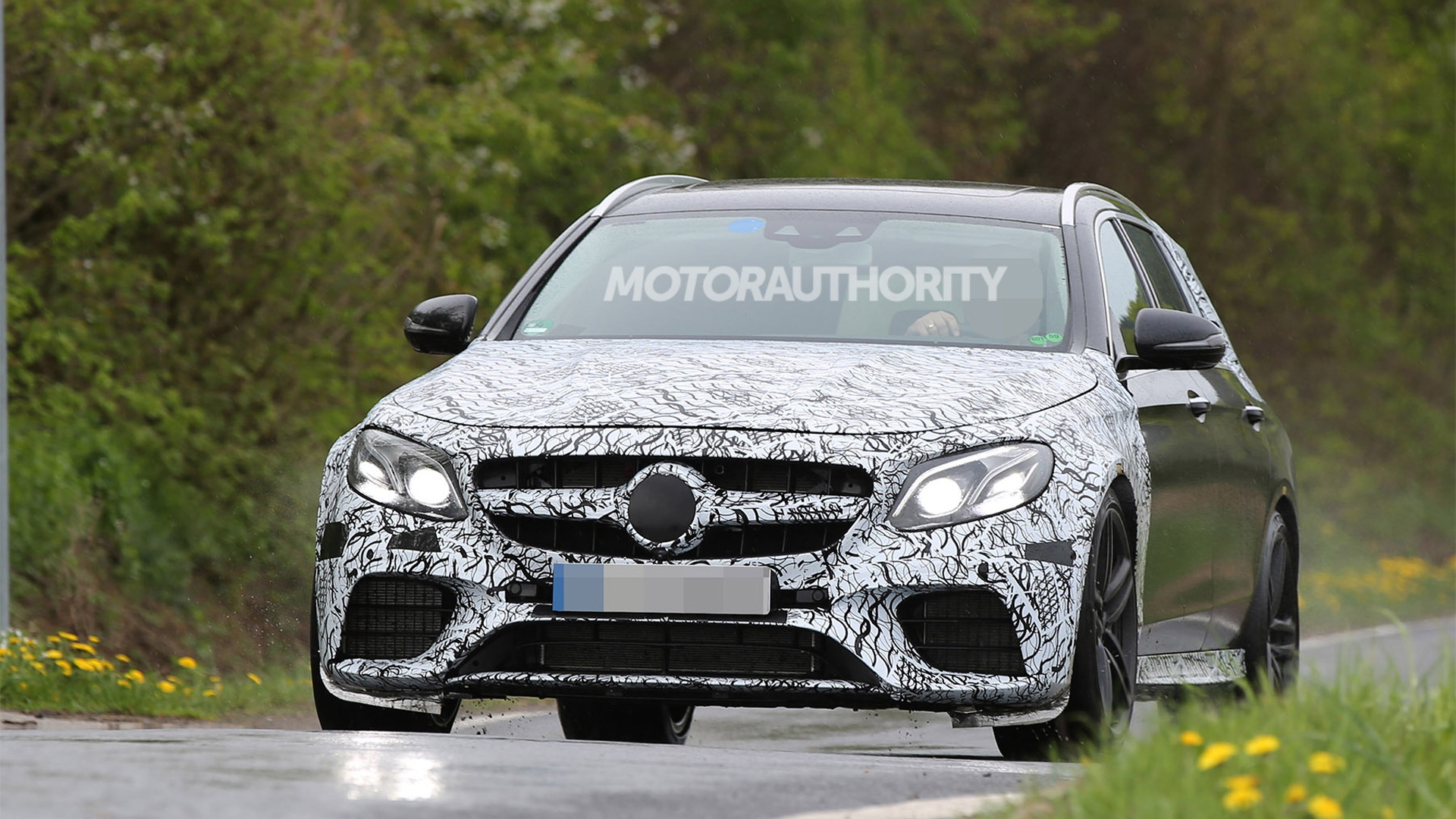 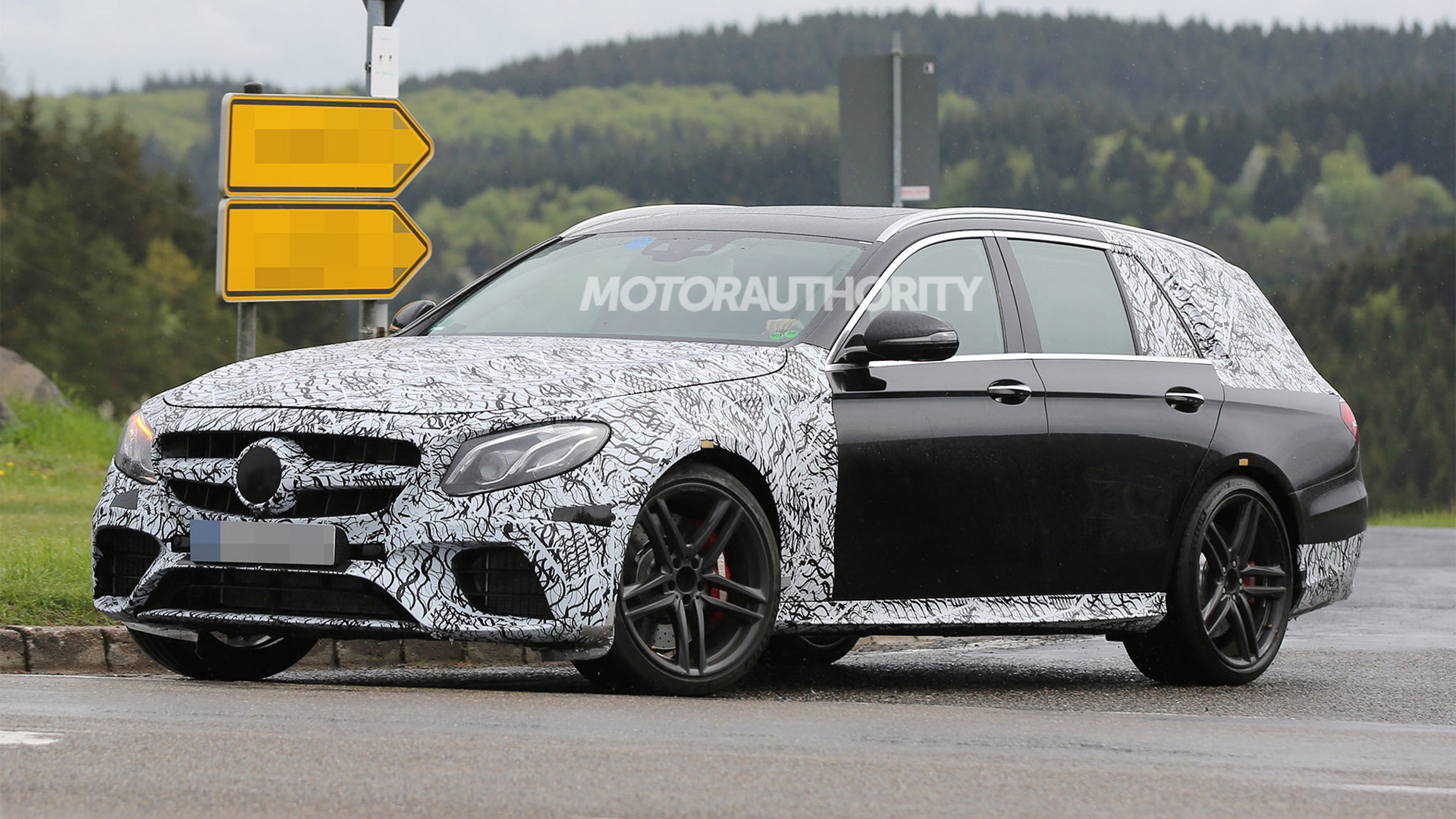 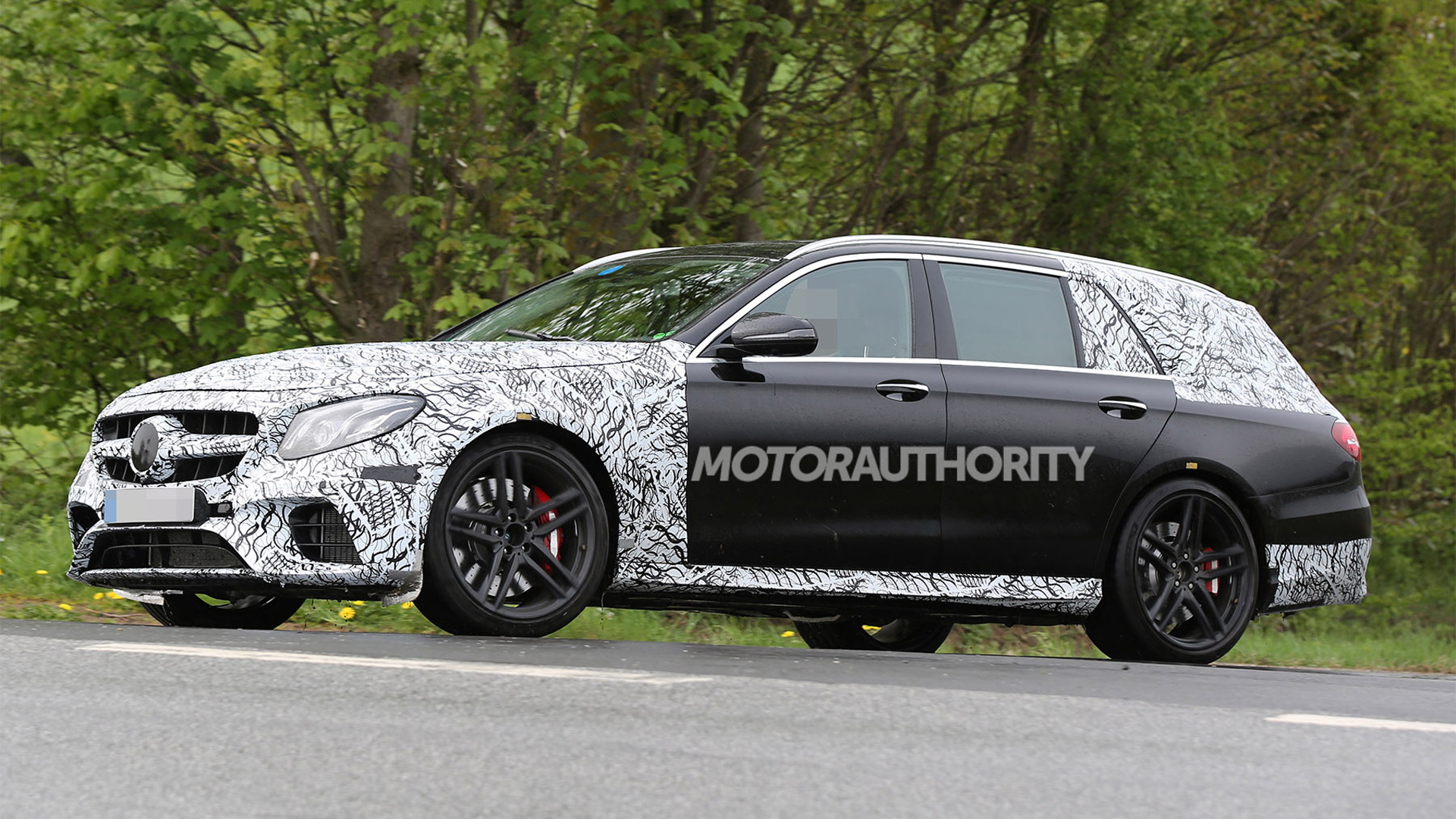 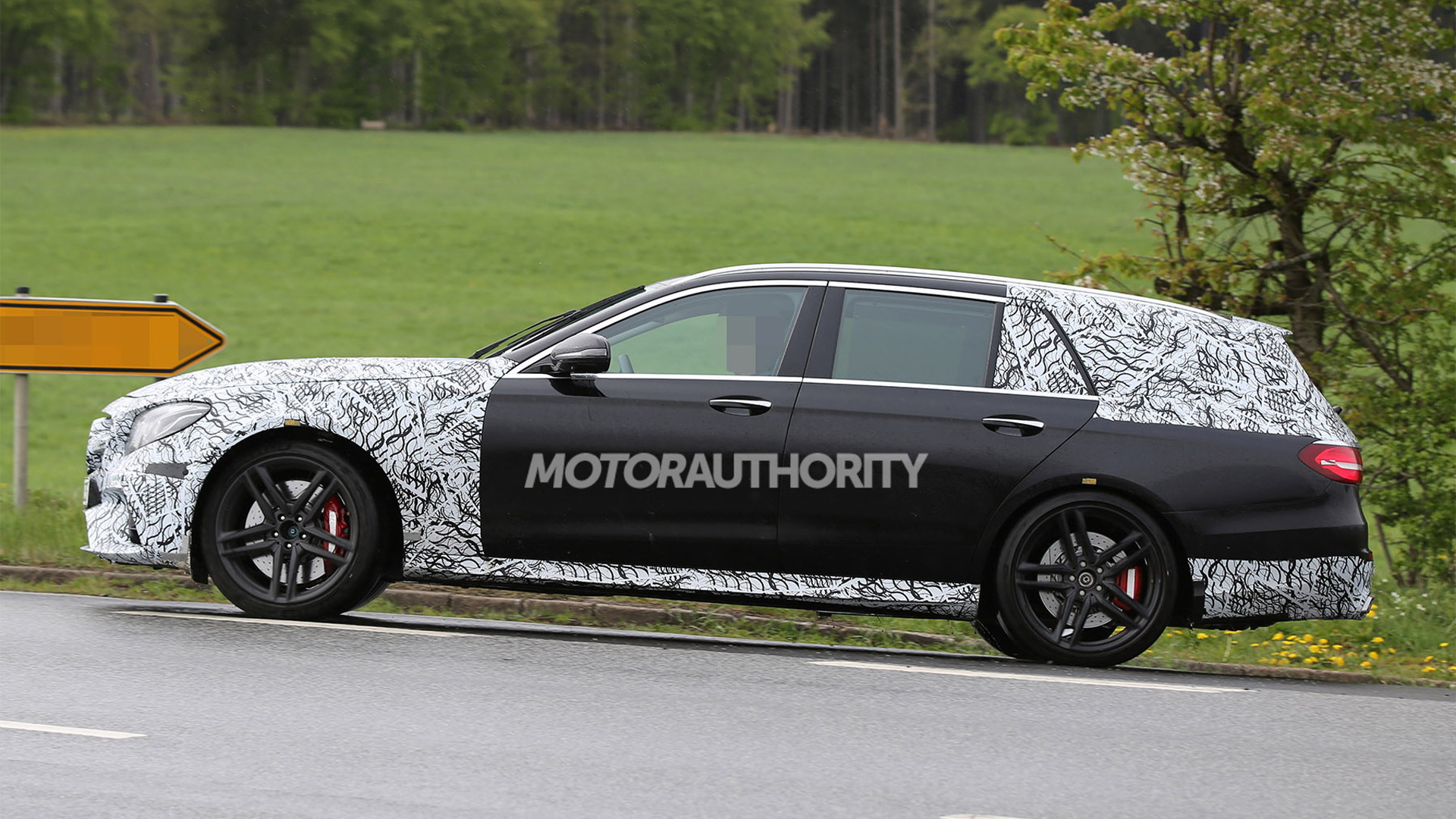 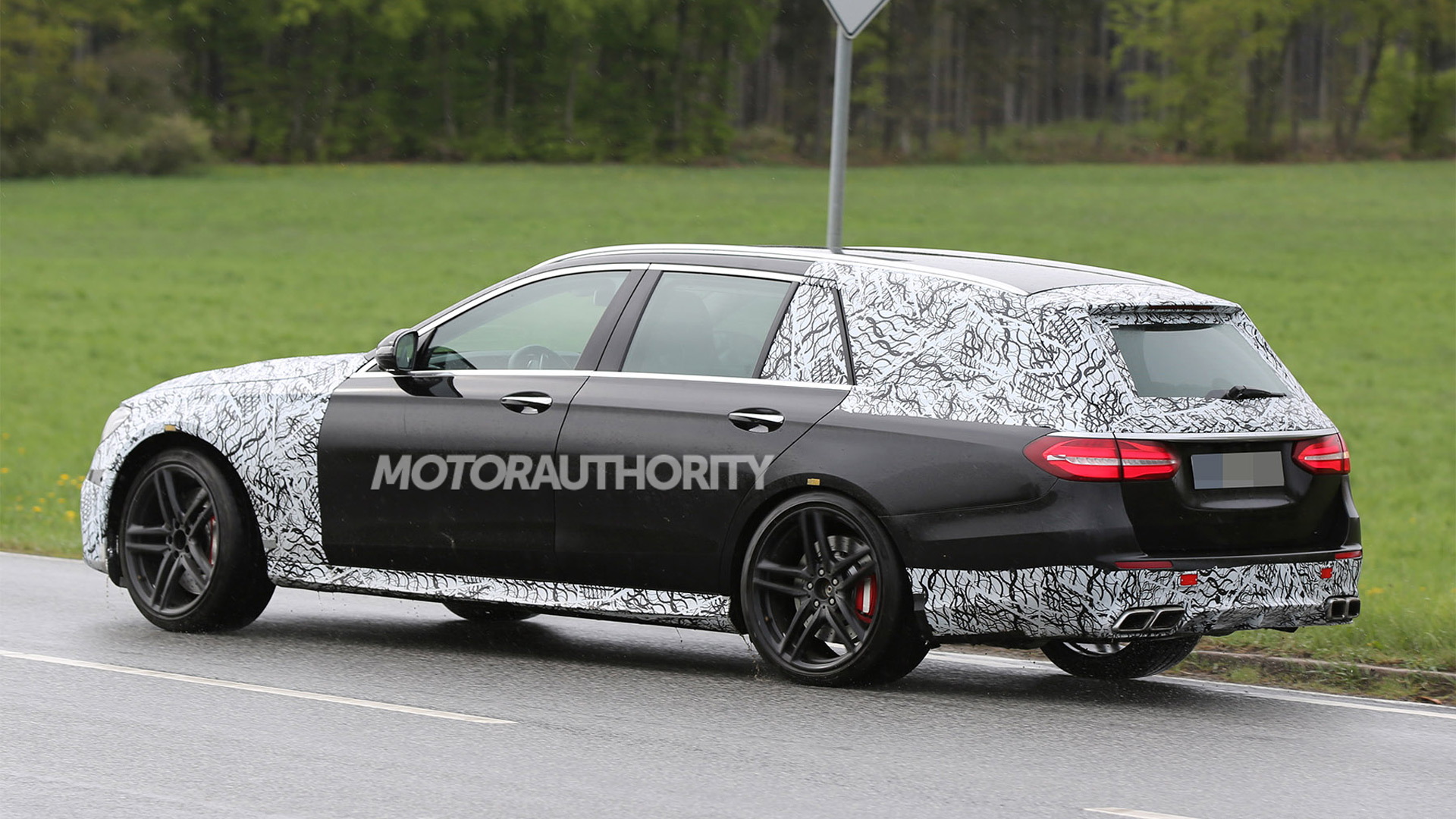 Mercedes-AMG just introduced its new E43 at the 2016 New York Auto Show, but there’s a faster, more powerful version of the latest Mercedes-Benz E-Class being worked on by the Affalterbach tuner’s engineers.

We’re talking about the new E63, which has just been spotted in its Wagon bodystyle once again. It’s clear this is the AMG model because of the aggressive front bumper and uprated wheels, tires and brakes. We can also see four squared-off exhaust tips.

Other than being a longroof, the new E63 Wagon should be much the same as its sedan counterpart, which we’ve been spying for over a year.

Power will come from Mercedes-AMG’s twin-turbocharged 4.0-liter V-8 and be sent to all four wheels via a rear-biased all-wheel-drive system. According to recently leaked info, the new E63 will come with 563 horsepower and 553 pound-feet in standard form and 603 hp and 627 lb-ft in sportier E63 S trim.

Speaking in New York, the boss of AMG, Tobias Moers, hinted that a drift mode is being developed for the car. This is expected to significantly boost the handling ability. Moers also let slip that the new E63 will feature a 9-speed automatic. It will be an AMG-style SpeedShift MCT which uses a wet start-up clutch instead of a conventional torque converter.

The regular wagon version of the latest E-Class is due out towards the end of the year, possibly at September’s Paris Auto Show. It’s likely we’ll see the AMG model around then.