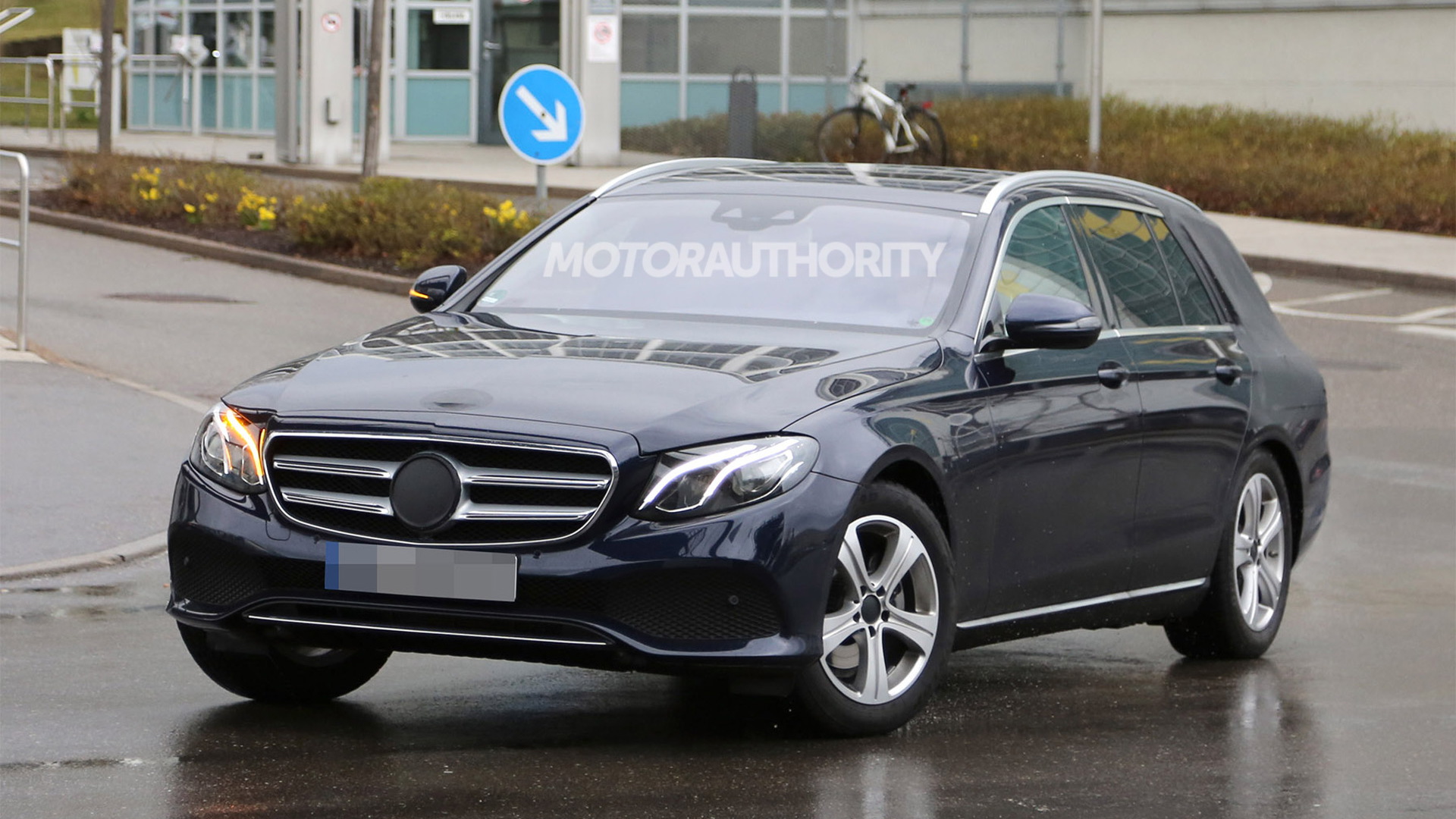 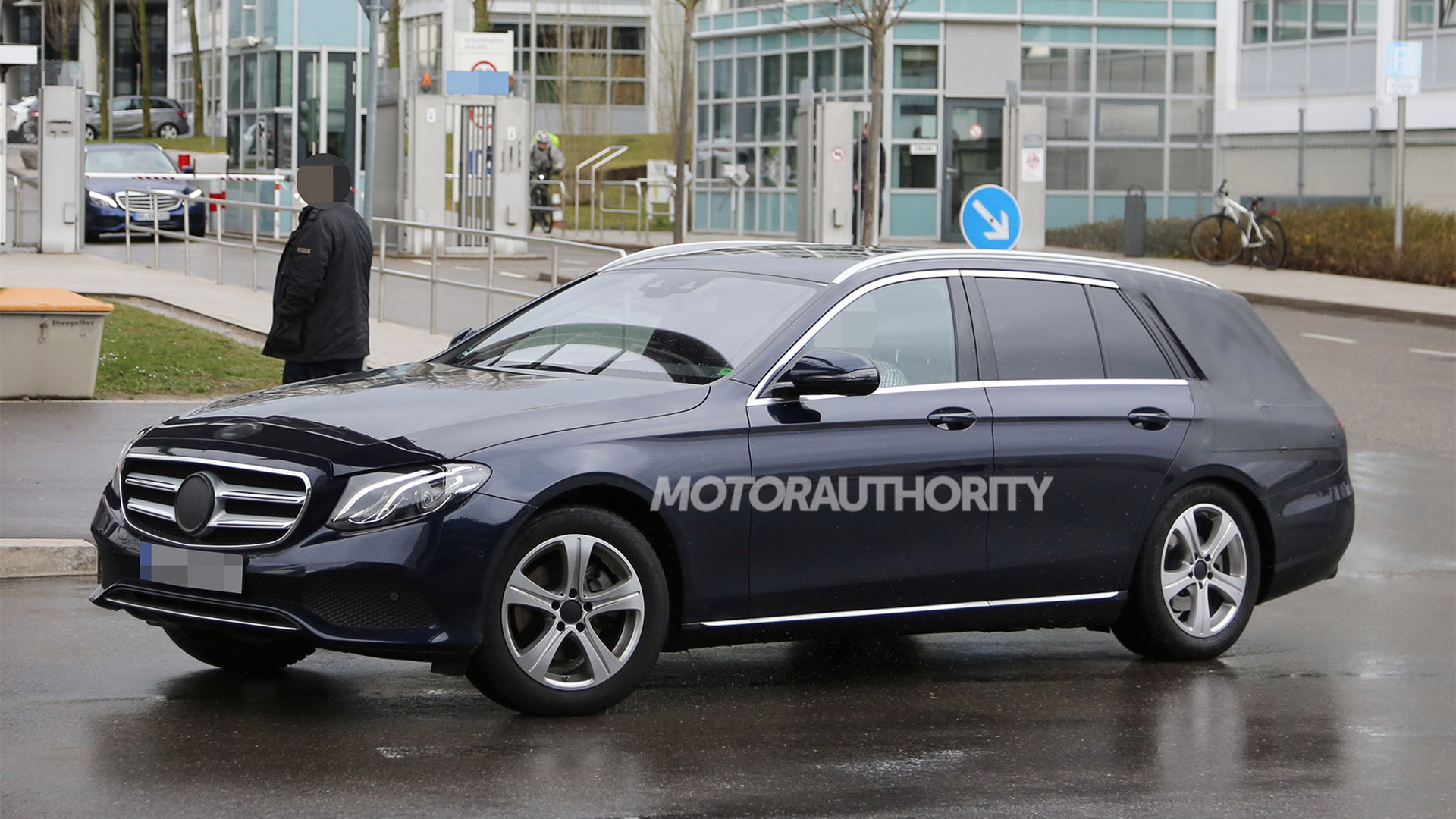 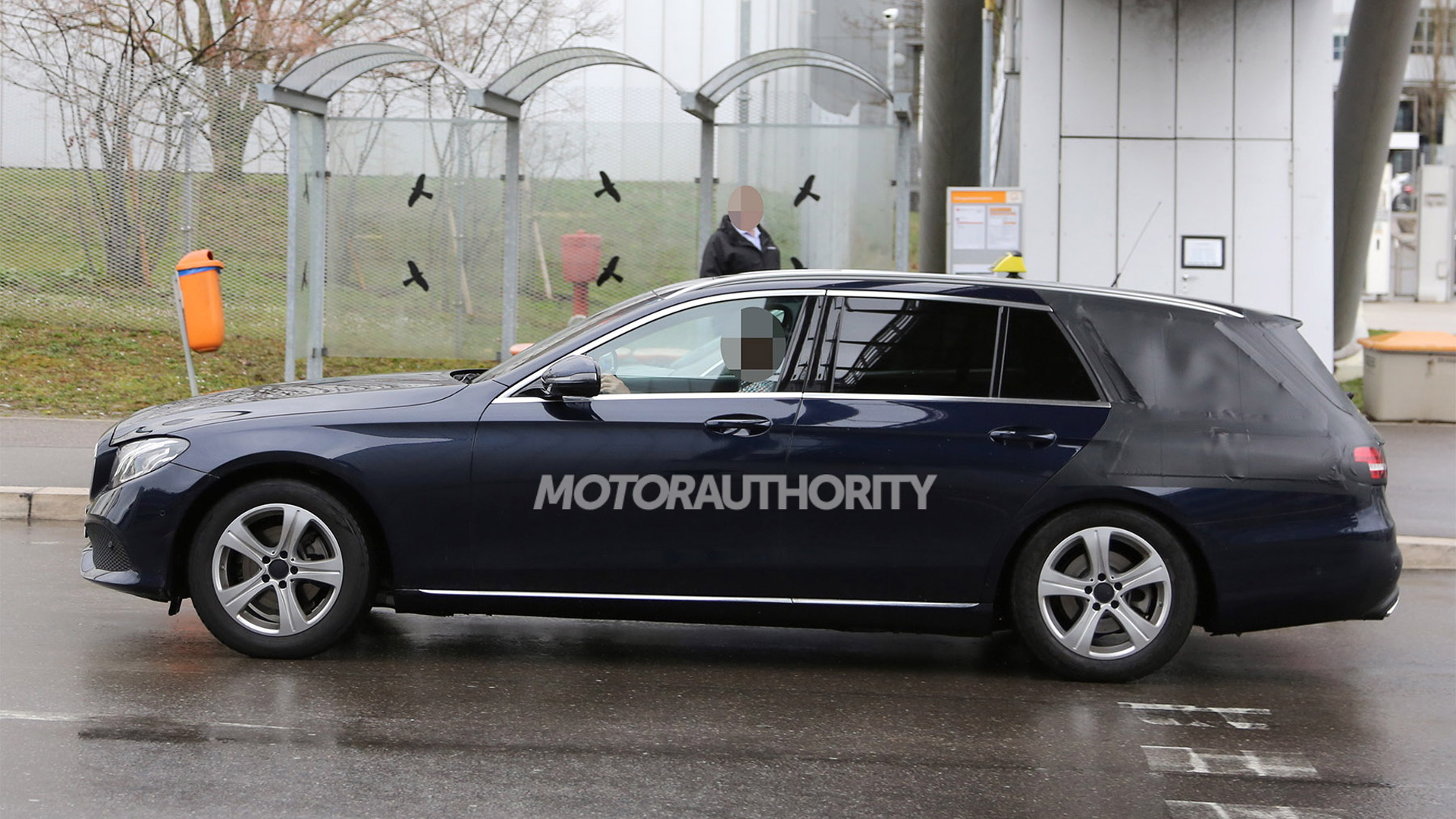 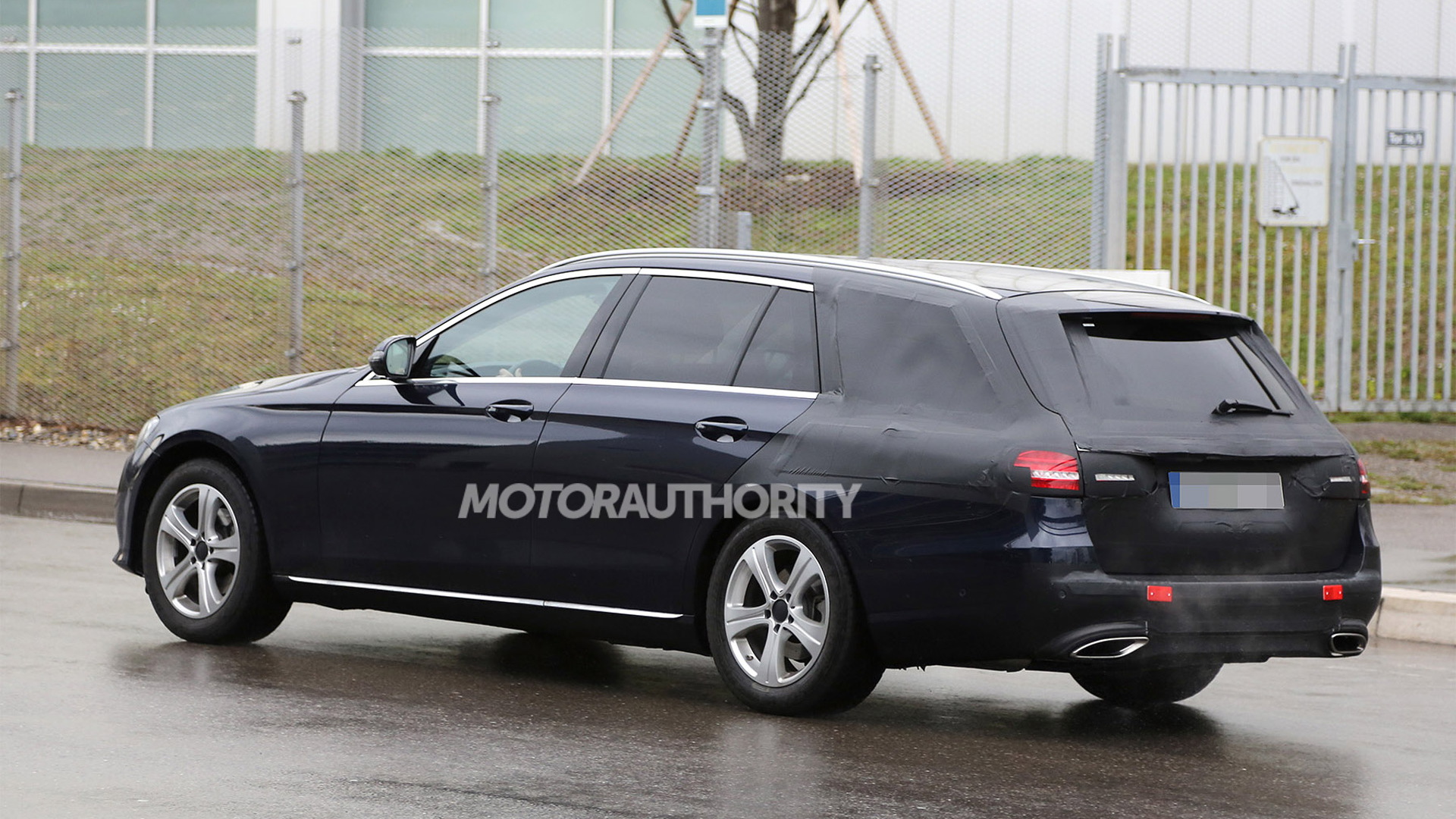 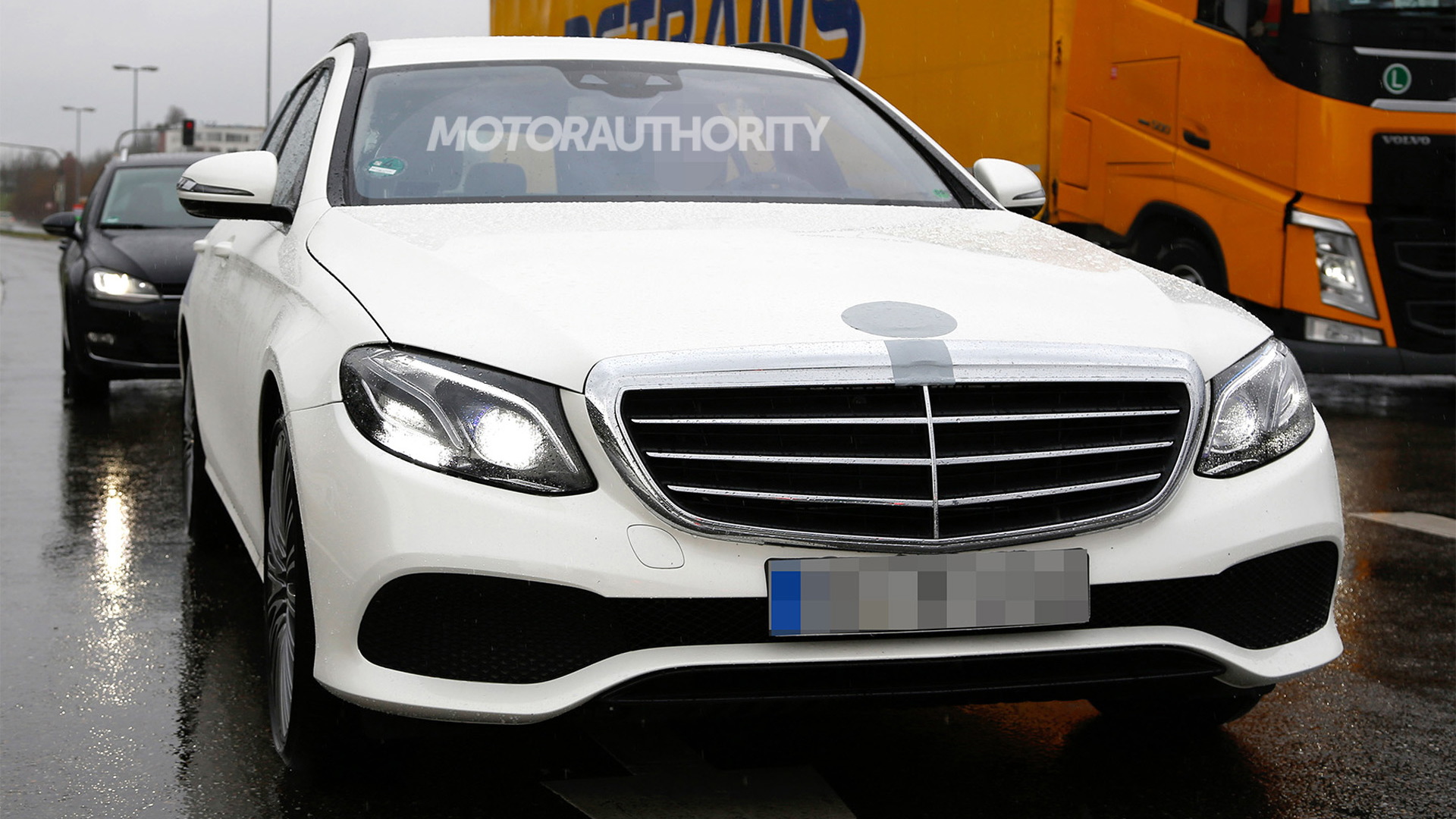 Mercedes-Benz has already unveiled its next-generation E-Class, albeit so far only in the sedan bodystyle. There are still several variants due such as the high-performance E63 from Mercedes-AMG as well as the new coupe, convertible, long-wheelbase sedan and wagon. It’s the latter that is the focus of our latest spy shots.

The longroof sports a design similar to the one used for the latest C-Class Wagon, and unlike its smaller sibling the E-Class Wagon will be sold in the United States. It looks particularly sporty, especially with the rear wing spoiler attached.

Apart from the unique rear and a slightly longer wheelbase, we expect the rest of the car to be virtually identical to the sedan.

Underpinning the new E-Class is Mercedes’ flexible MRA platform designed for rear- and all-wheel-drive cars. It made its debut in the latest C-Class, and with its light yet sturdy construction it promises to make the new E-Class more fuel efficient and better handling than the outgoing model.

So far only two powertrain have been confirmed for the new E-Class in the U.S. They include the familiar turbocharged 2.0-liter four-cylinder found in a handful of other Mercedes products, as well as a twin-turbo 3.0-liter V-6 found in the latest "43" series Mercedes-AMG models. The sole transmission is a nine-speed automatic.

Further down the track we can look forward to an E63 Wagon with a twin-turbo 4.0-liter V-8. Fuel-efficient diesel and plug-in hybrid models are also in the works.

Look for a debut of the new E-Class Wagon in the coming months.