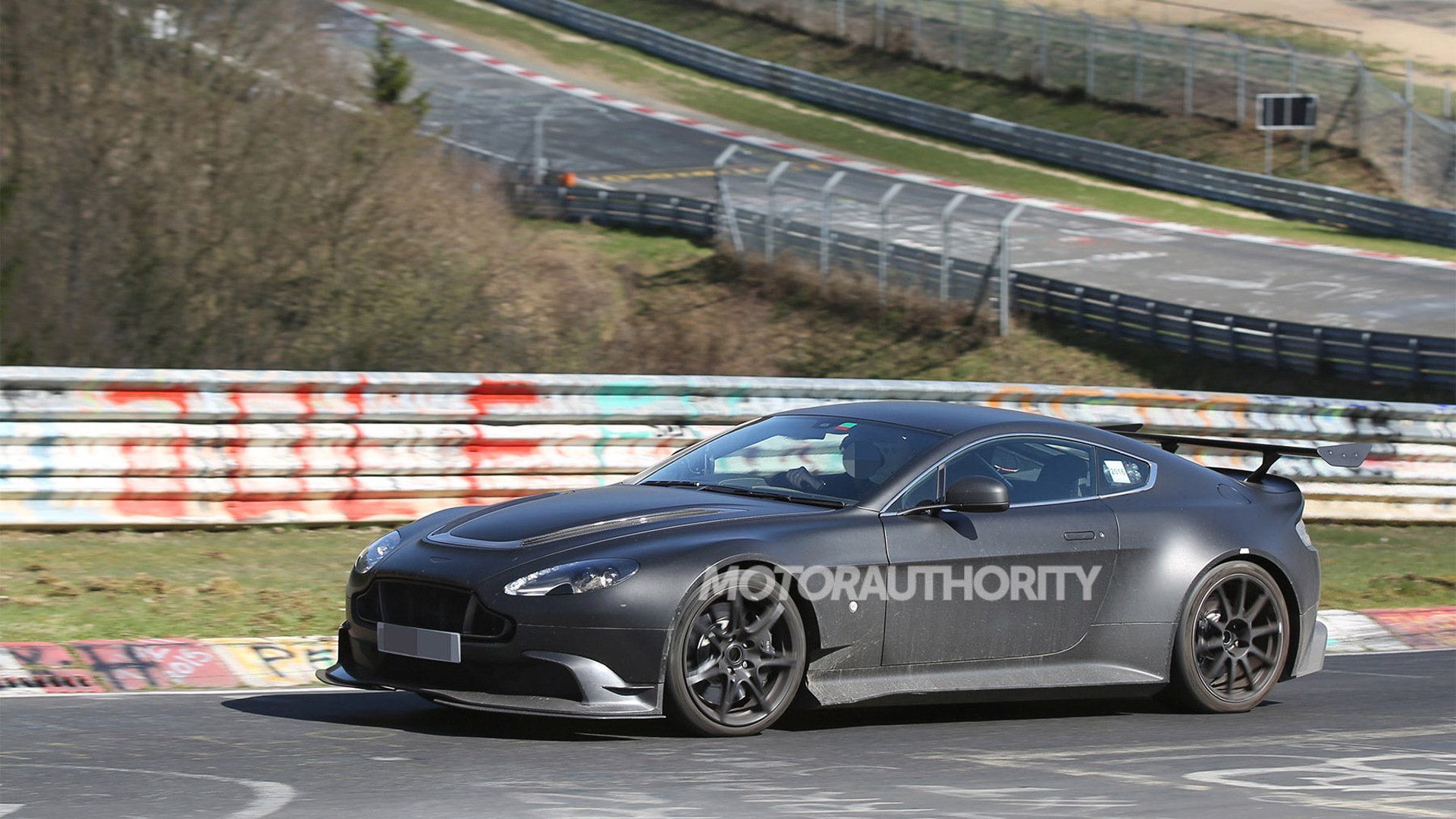 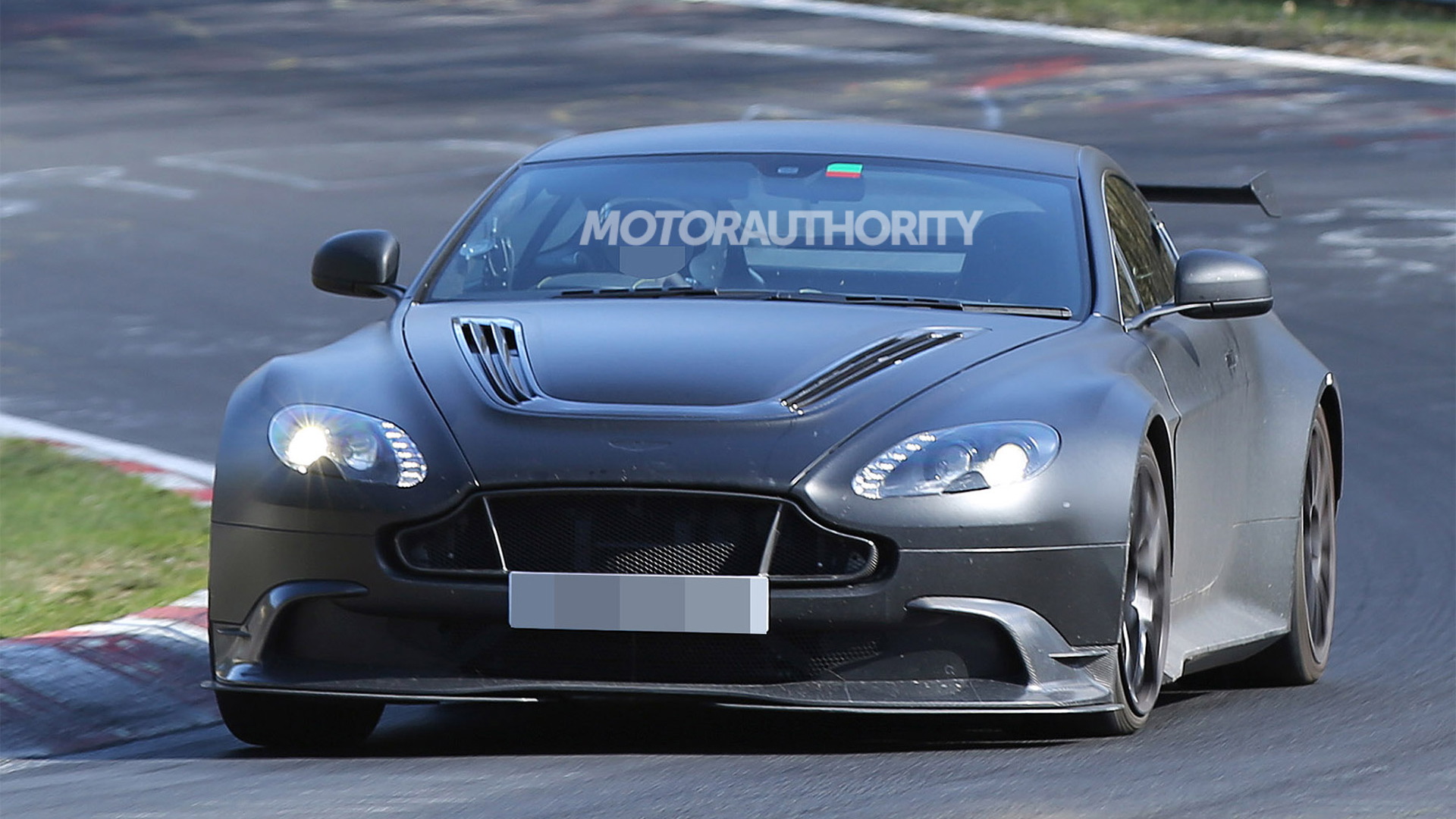 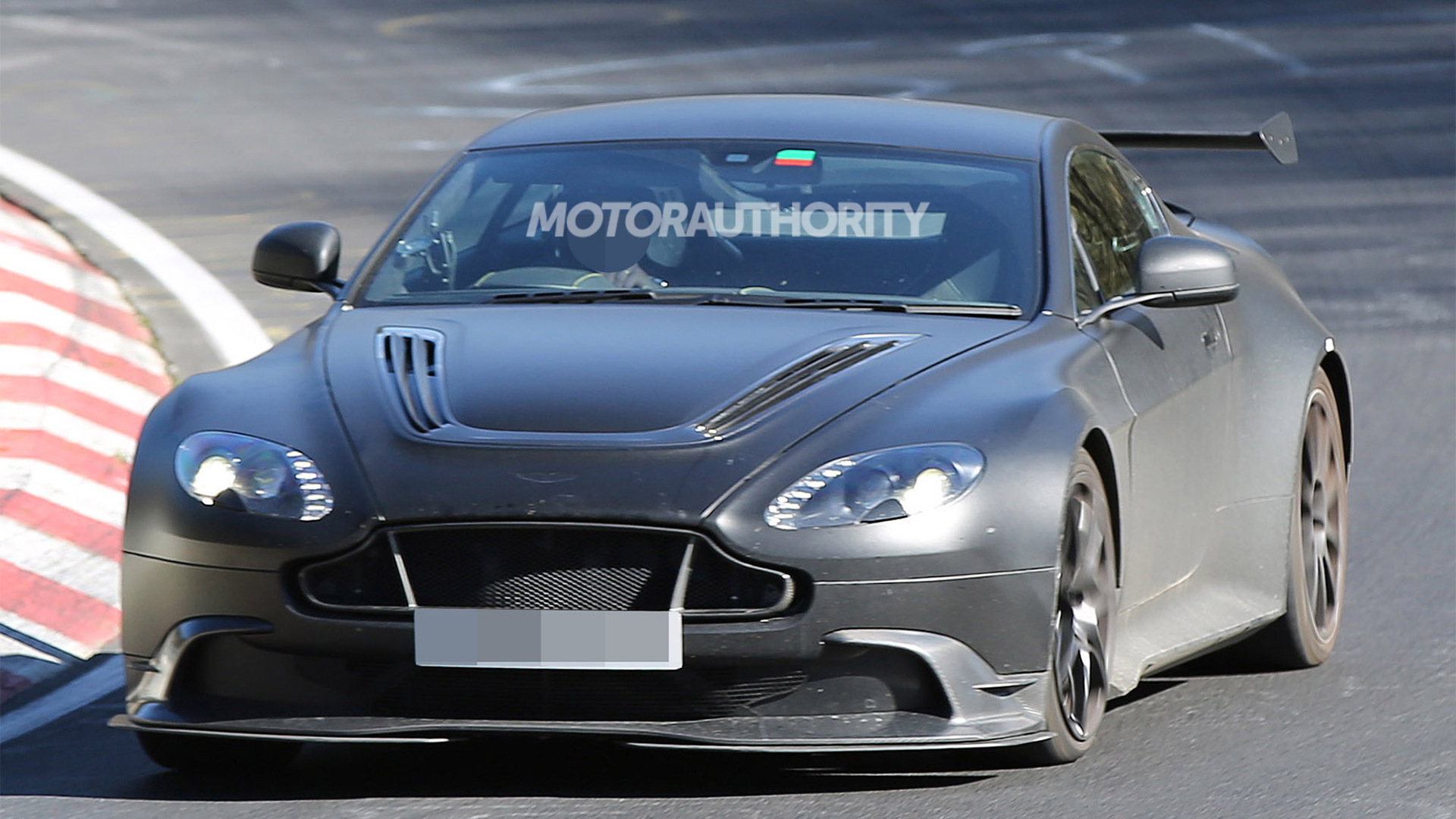 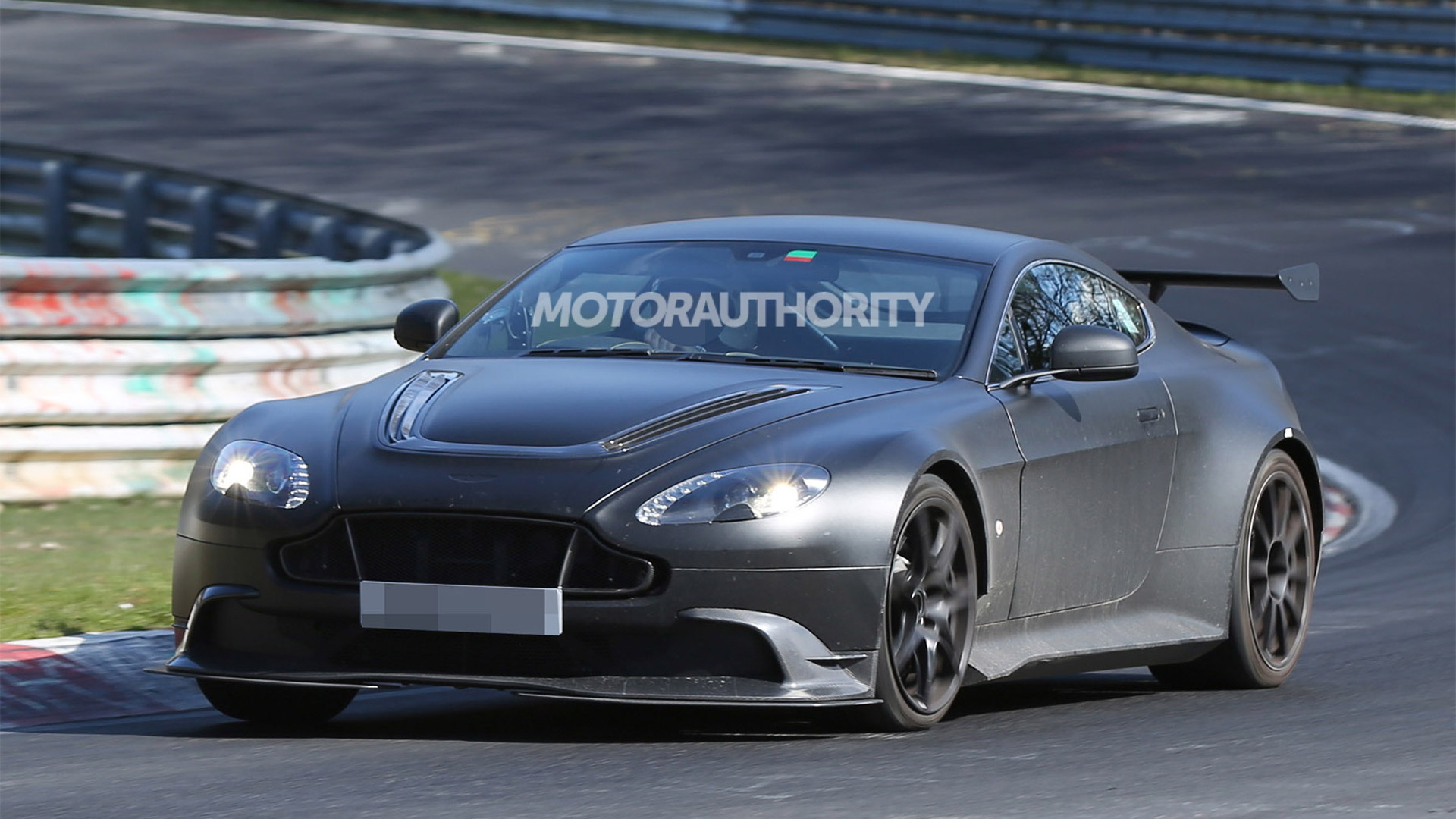 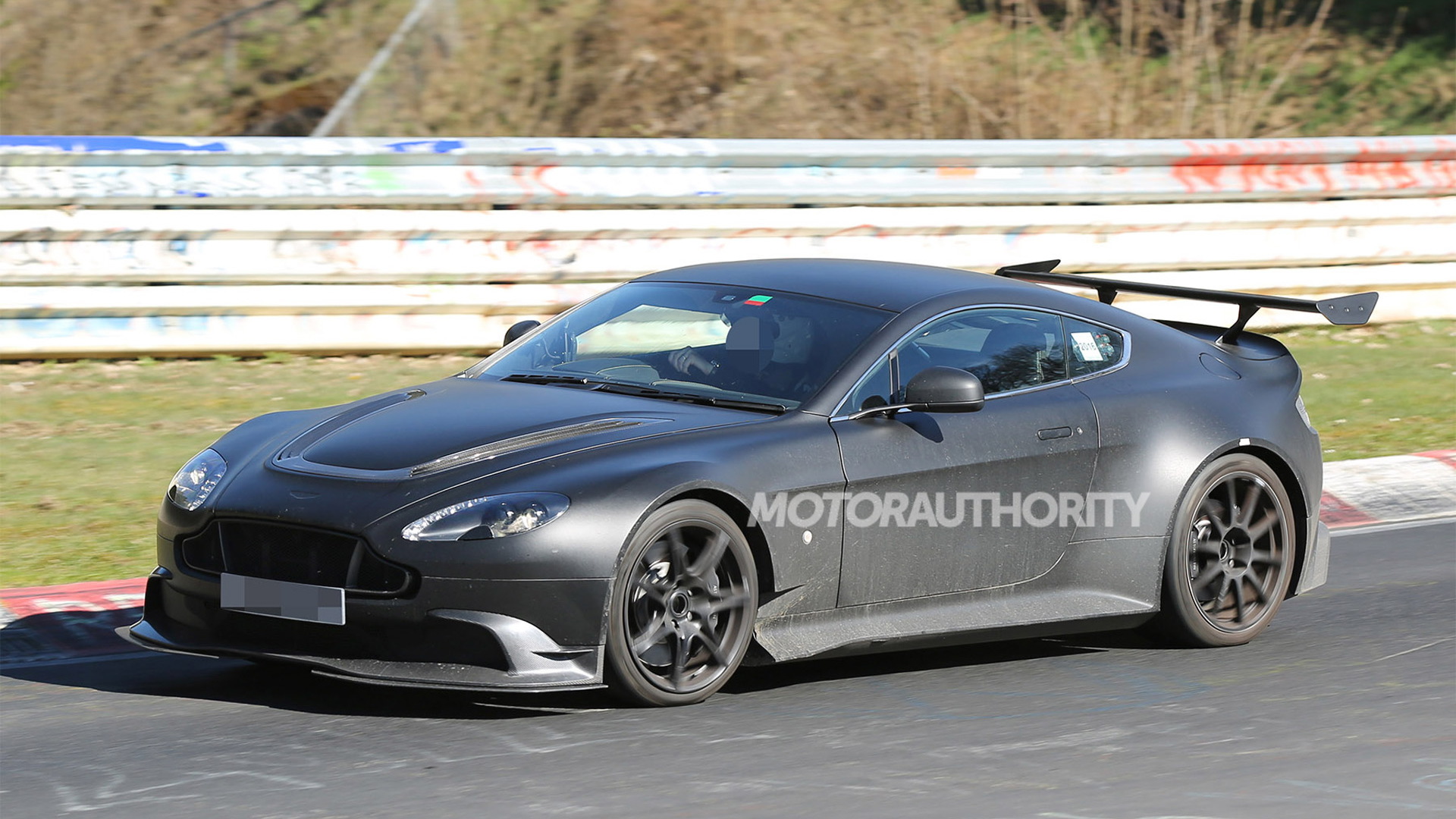 Here is our latest look at a new hardcore version of Aston Martin’s Vantage equipped with a V-8 engine.

It was only last week that we learned Aston Martin was planning a second hardcore version of its Vantage sports car along the lines of last year’s Vantage GT12. We now have spy shots of the car ahead of an official reveal due to take place in the very near future.

Power will come from the familiar 4.7-liter V-8 offered in the Vantage. The engine dishes out 430 horsepower in its current highest output application but hopefully a few extra horses will be extracted for the GT8. 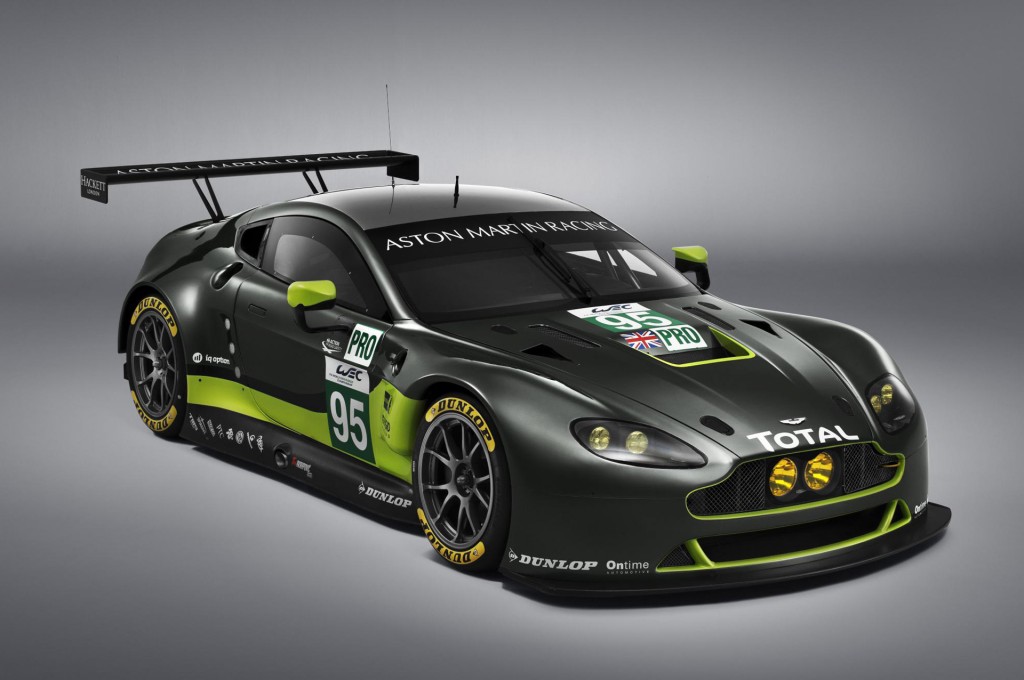 We can see that the car will feature a wider track similar to the GT12, and there are also aggressive aero elements such as the huge rear wing and extended rear diffuser. We hear the car will also receive some weight-saving mods like carbon fiber and a stripped-out cabin.

Production will be limited. Aston Martin only built 100 examples of the GT12 and we can expect a similar small number for the GT8.

Unfortunately, there’s a chance we may not see the GT8 in the United States. The GT12 was never offered here but we still have our fingers crossed this car makes the trip across the Atlantic.

Note, this is expected to be the final year for the current Vantage as a replacement is thought to be coming next year. The replacement will be based on the new platform debuting in the 2017 DB11 grand tourer and will resemble Aston Martin’s DB10 sports car developed exclusively for the James Bond movie Spectre.