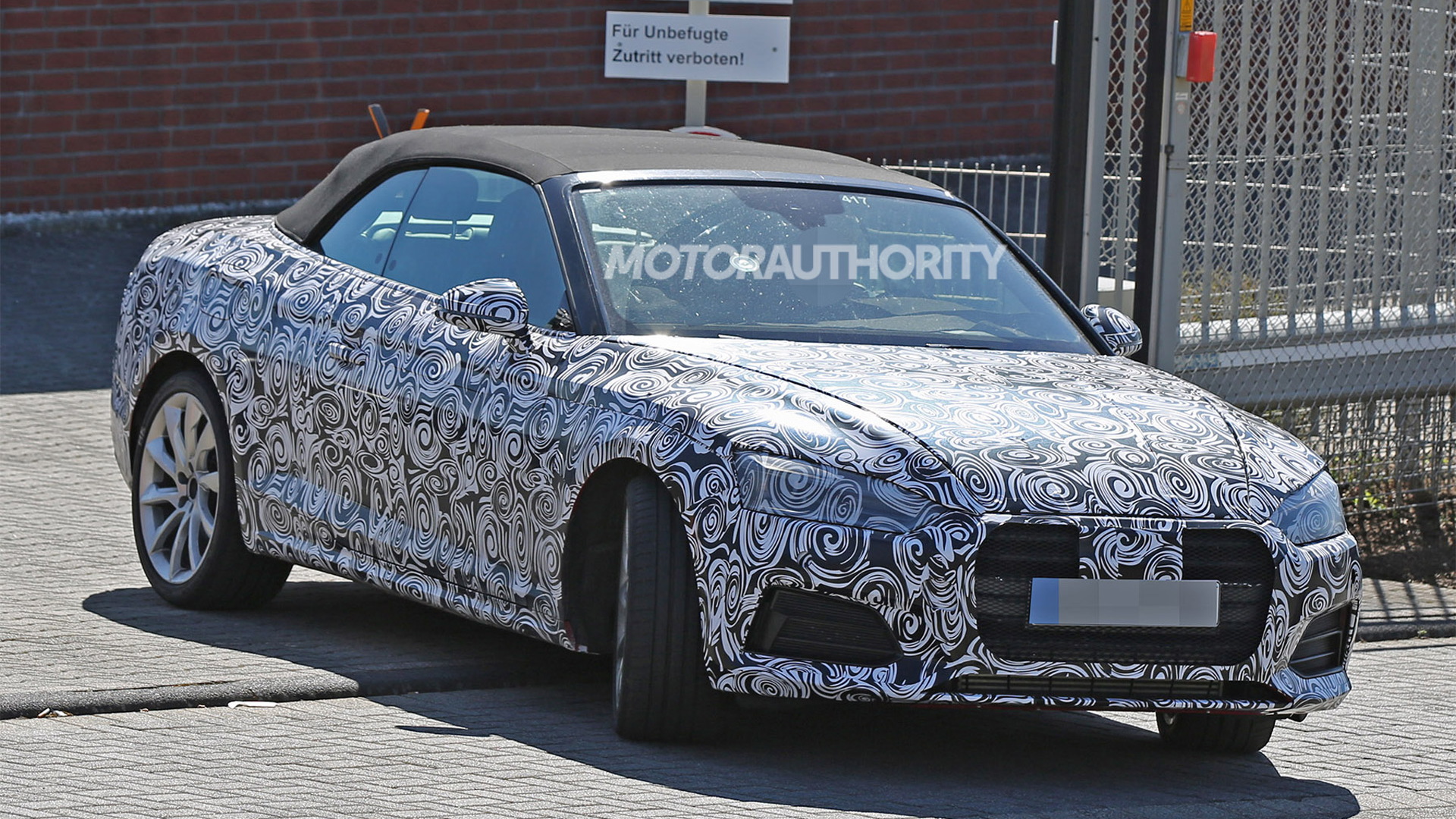 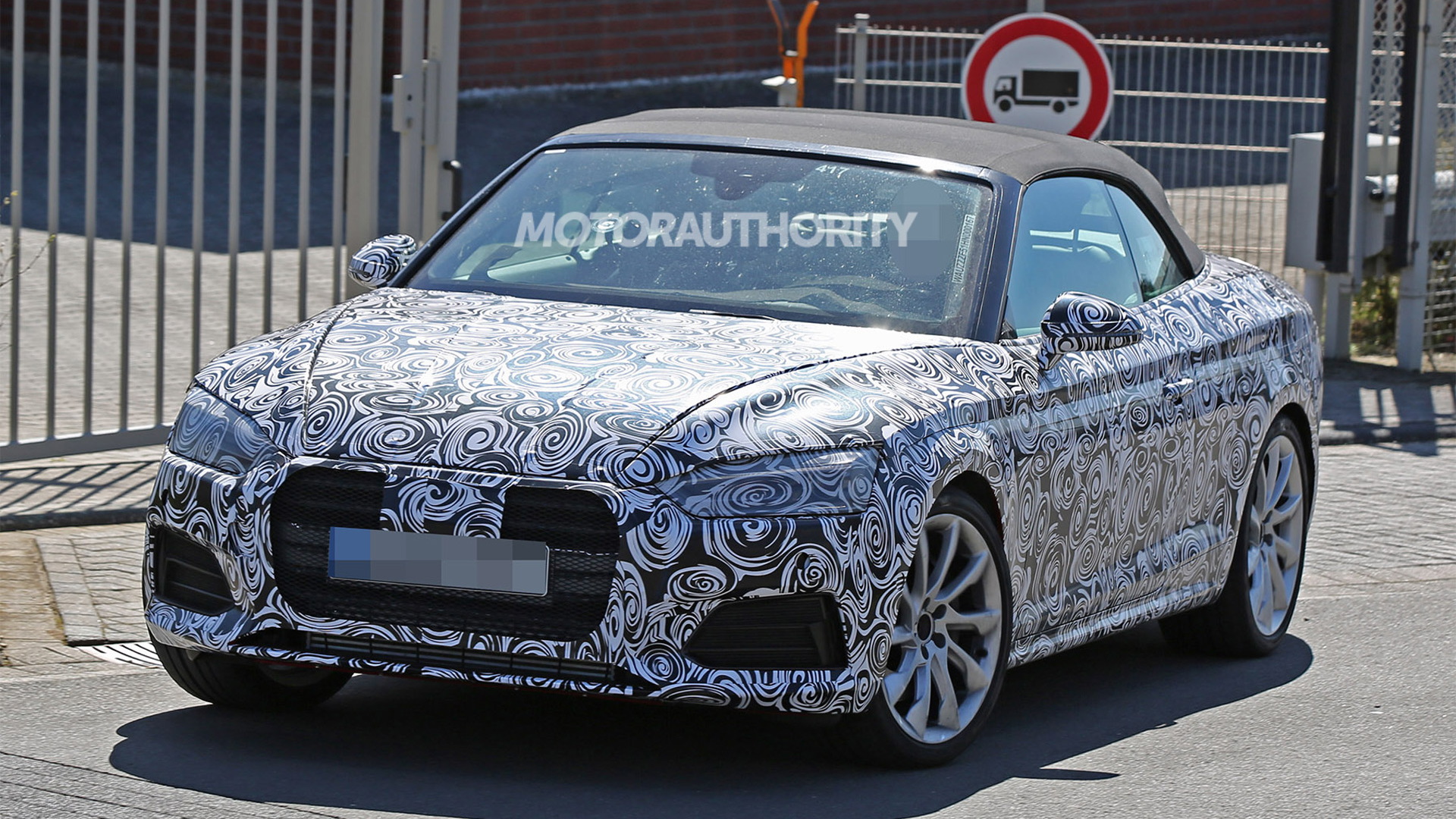 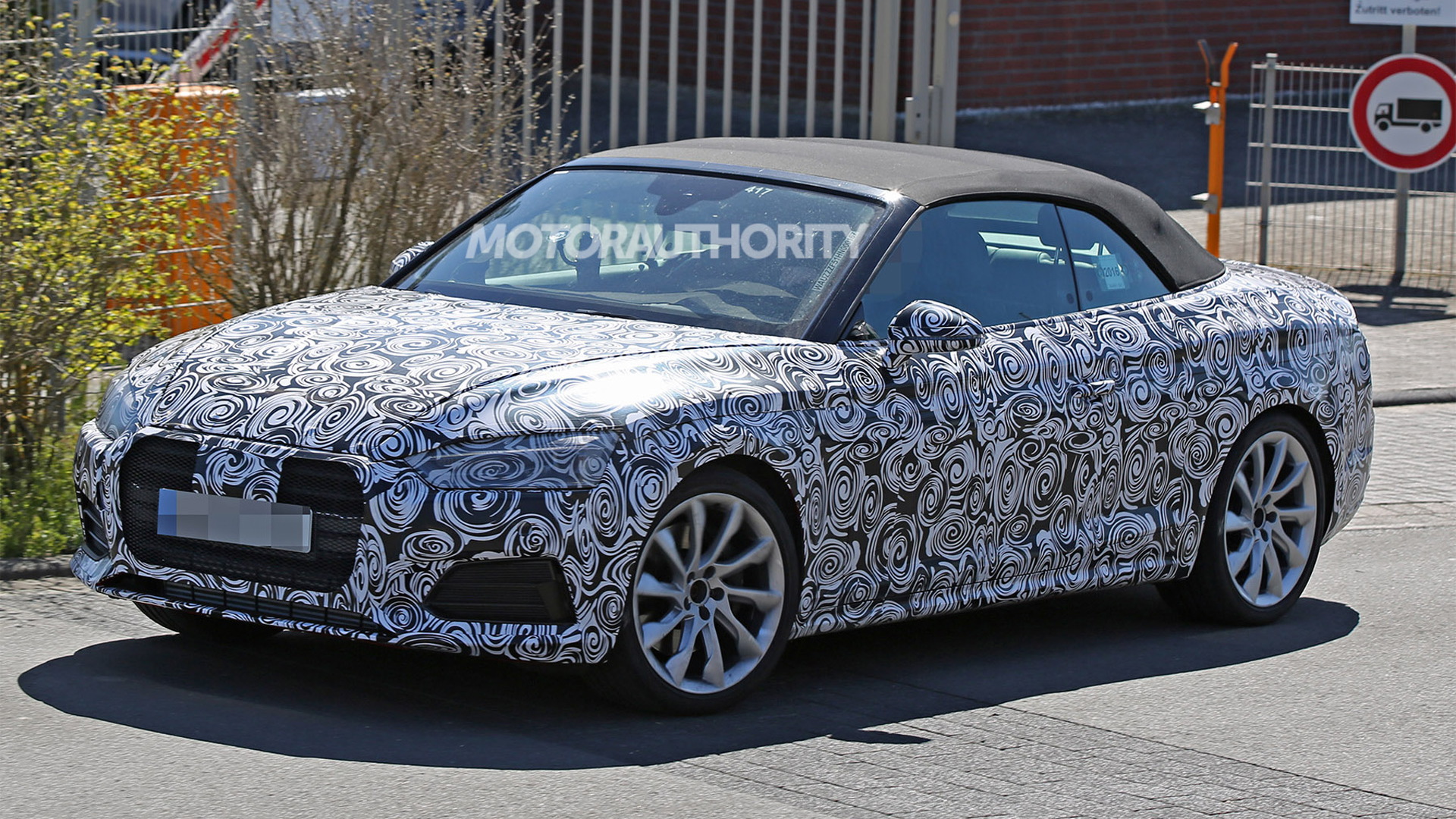 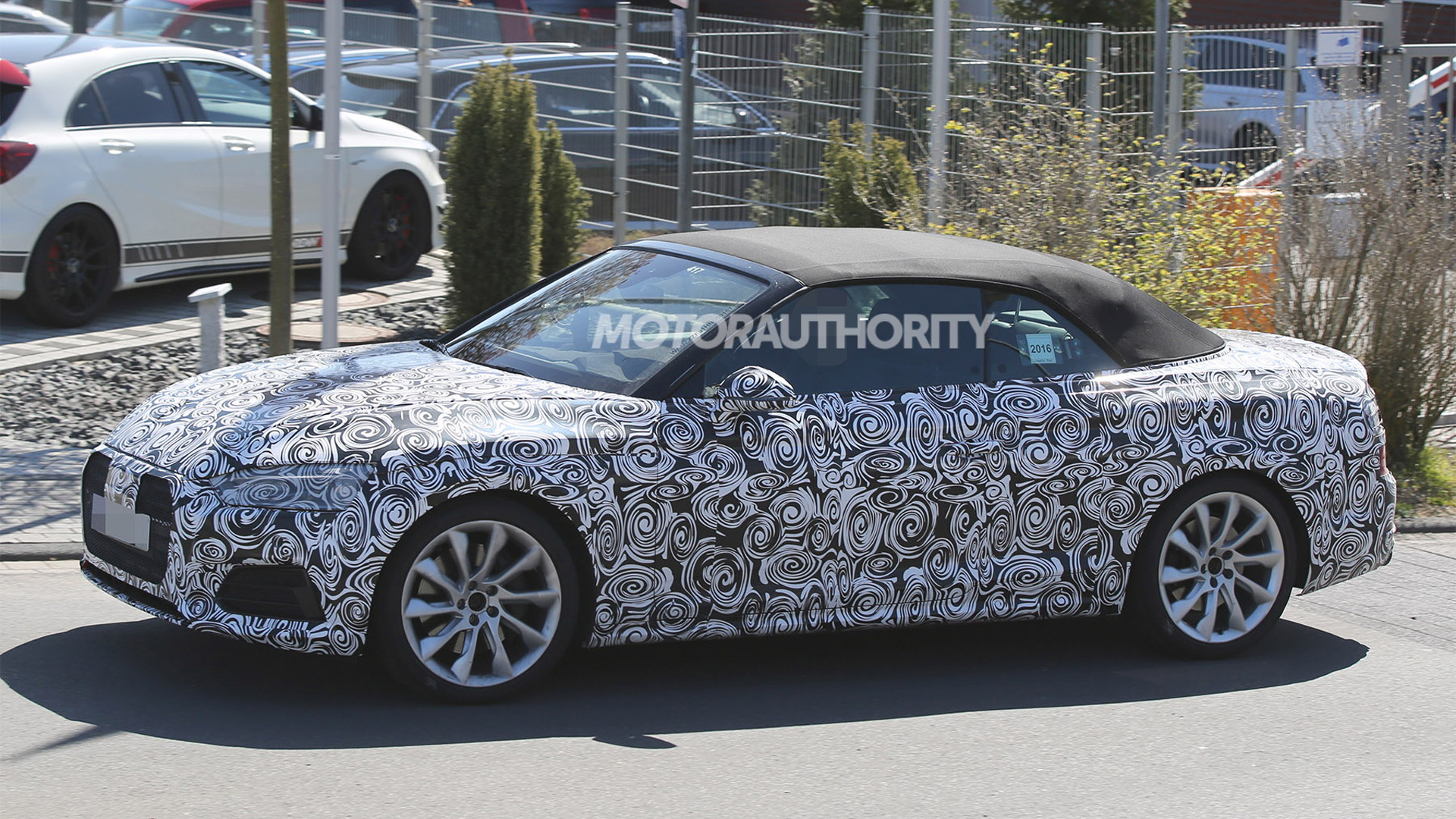 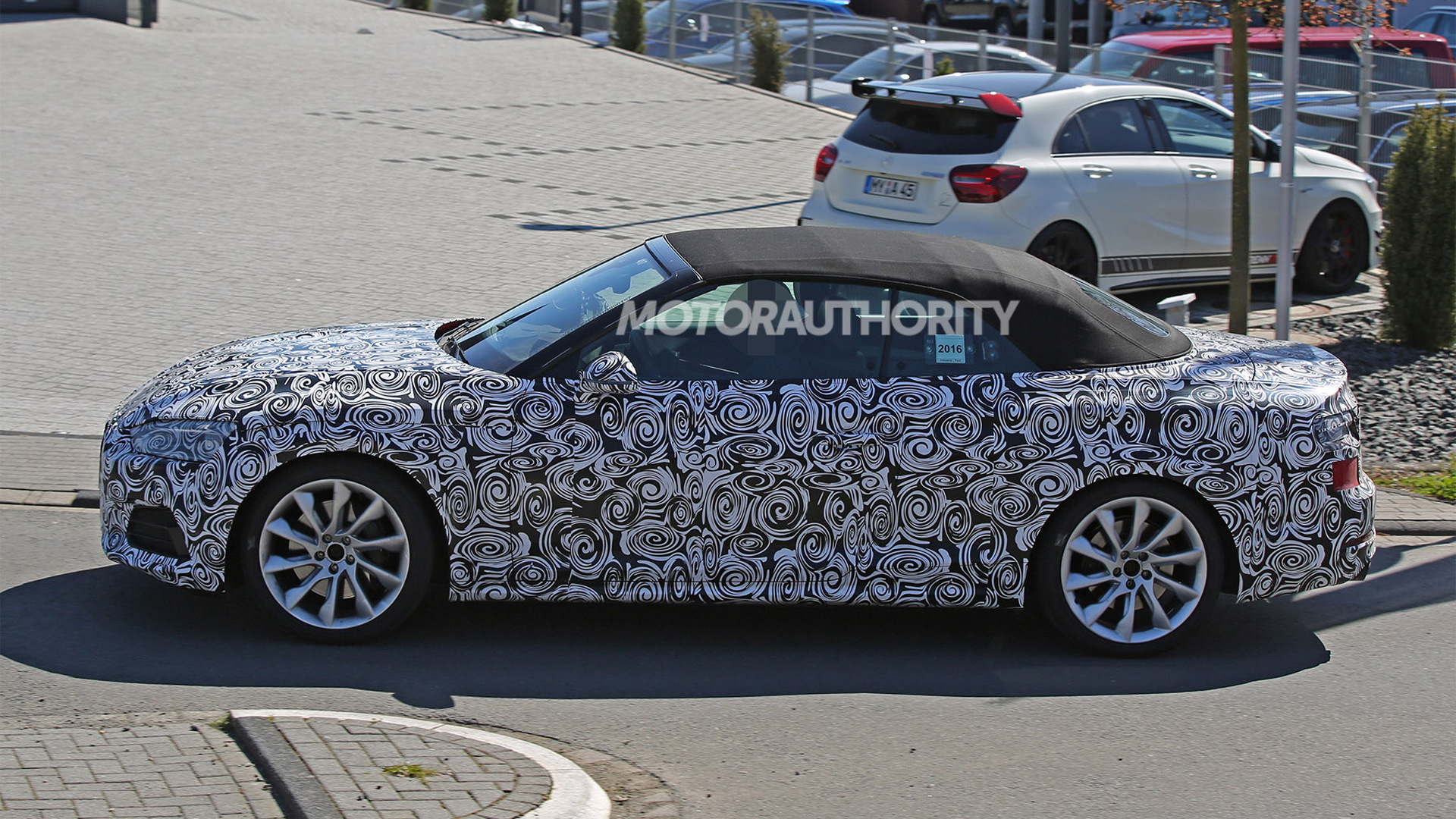 Audi’s new A5 is almost ready for its world debut and once again there will be multiple bodystyles and performance levels.

Today we have the first spy shots of a prototype for the new S5 Cabriolet (we've already seen the S5 coupe and S5 Sportback). It’s also the first time we’re seeing the second-generation A5’s convertible bodystyle, which looks to be sticking with a soft-top roof.

The new A5 is expected to be revealed later this year, possibly at the 2016 Paris Auto Show in September. The S5 should follow shortly after. The cars are due in showrooms next spring, most likely as 2018 models.

They will be based on the same MLB Evo platform found in the latest A4. This means we can look forward to some significant weight savings. Audi claims the MLB Evo-based A4 dropped as much as 264 pounds compared to its predecessor.

The S5 will feature the same turbocharged 3.0-liter V-6 found in the latest S4. We can even see an S4 Avant wagon in one of the shots. Expect the S5’s output to match the S4’s 354 horsepower and 369 pound-feet of torque. An 8-speed automatic and all-wheel drive should be standard.

The tamer A5 should pack the same turbocharged 2.0-liter 4-cylinder found in the latest A4. This engine is rated at 252 hp in the A4. Further down the track we can look forward to a new RS 5 likely with a twin-turbocharged 3.0-liter V-6 under the hood instead of the outgoing RS 5’s naturally-aspirated V-8.