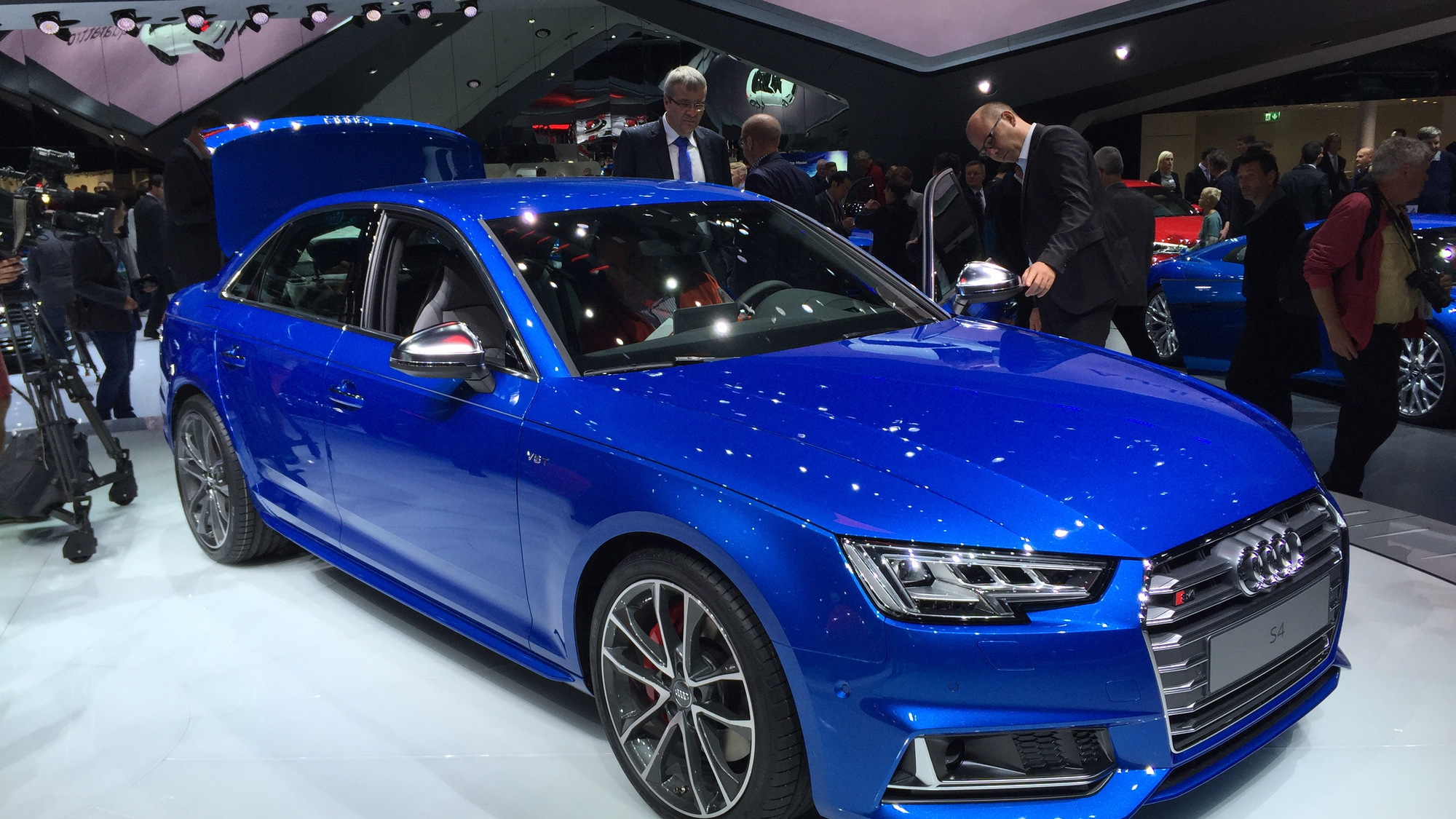 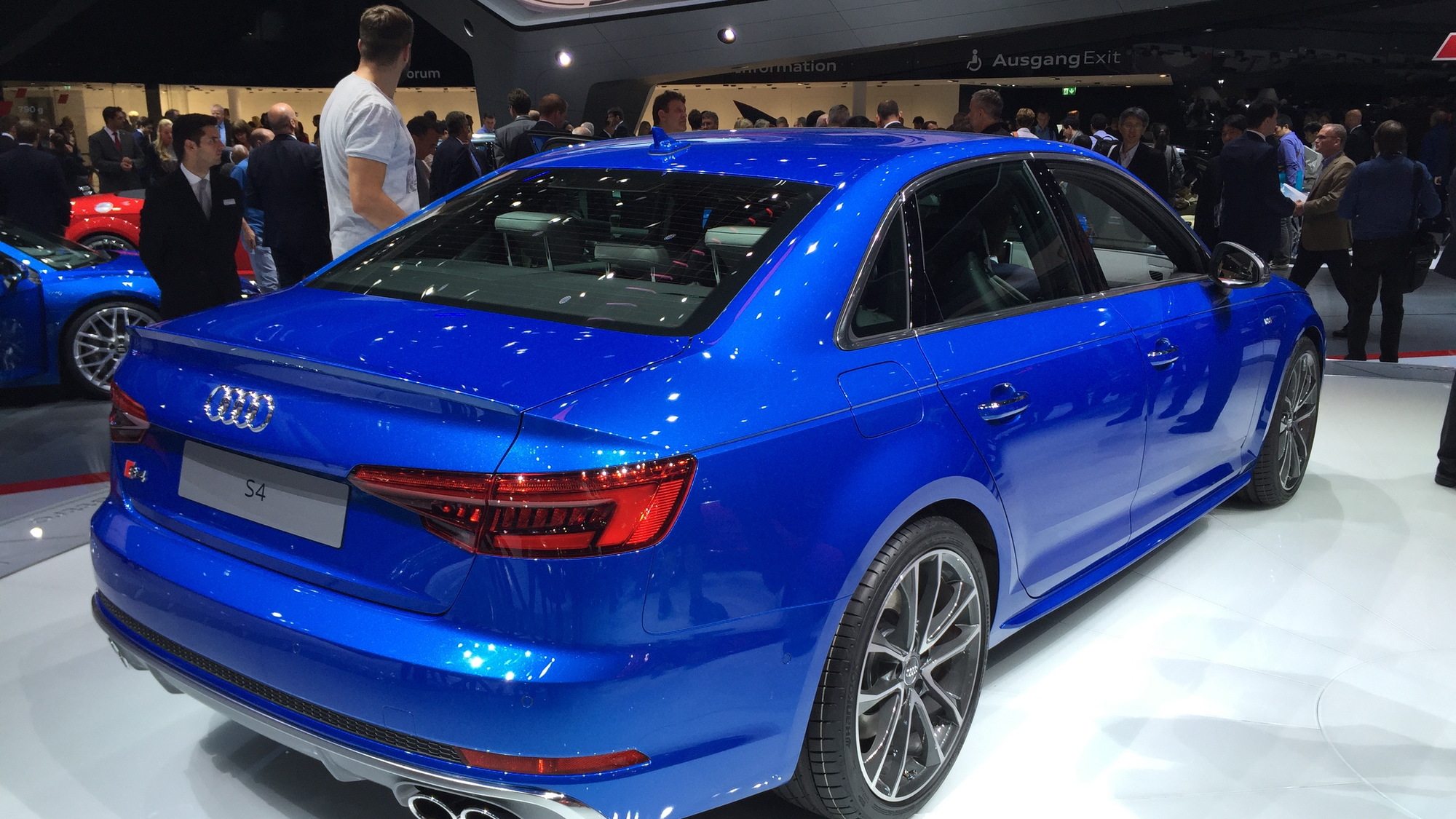 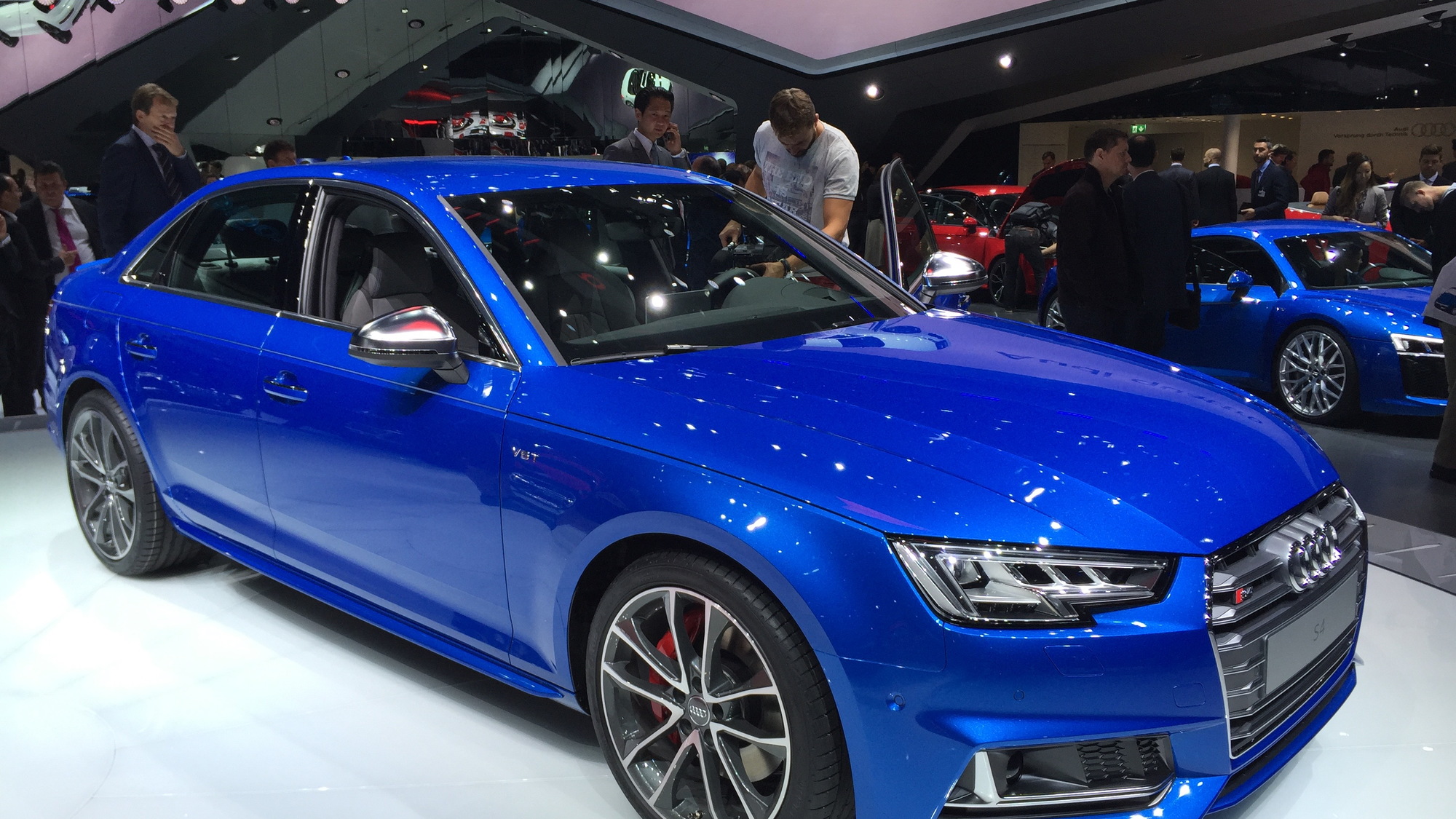 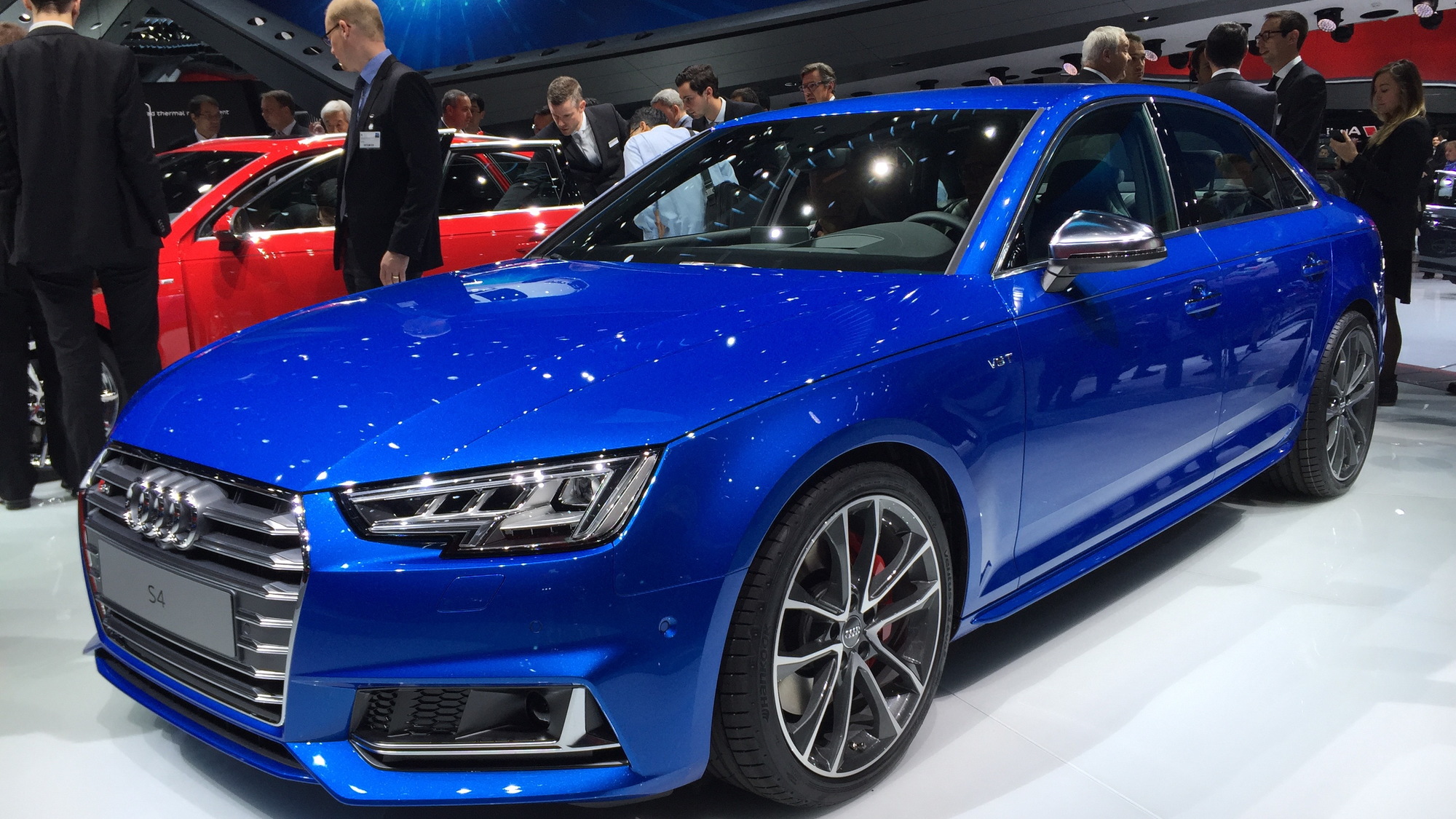 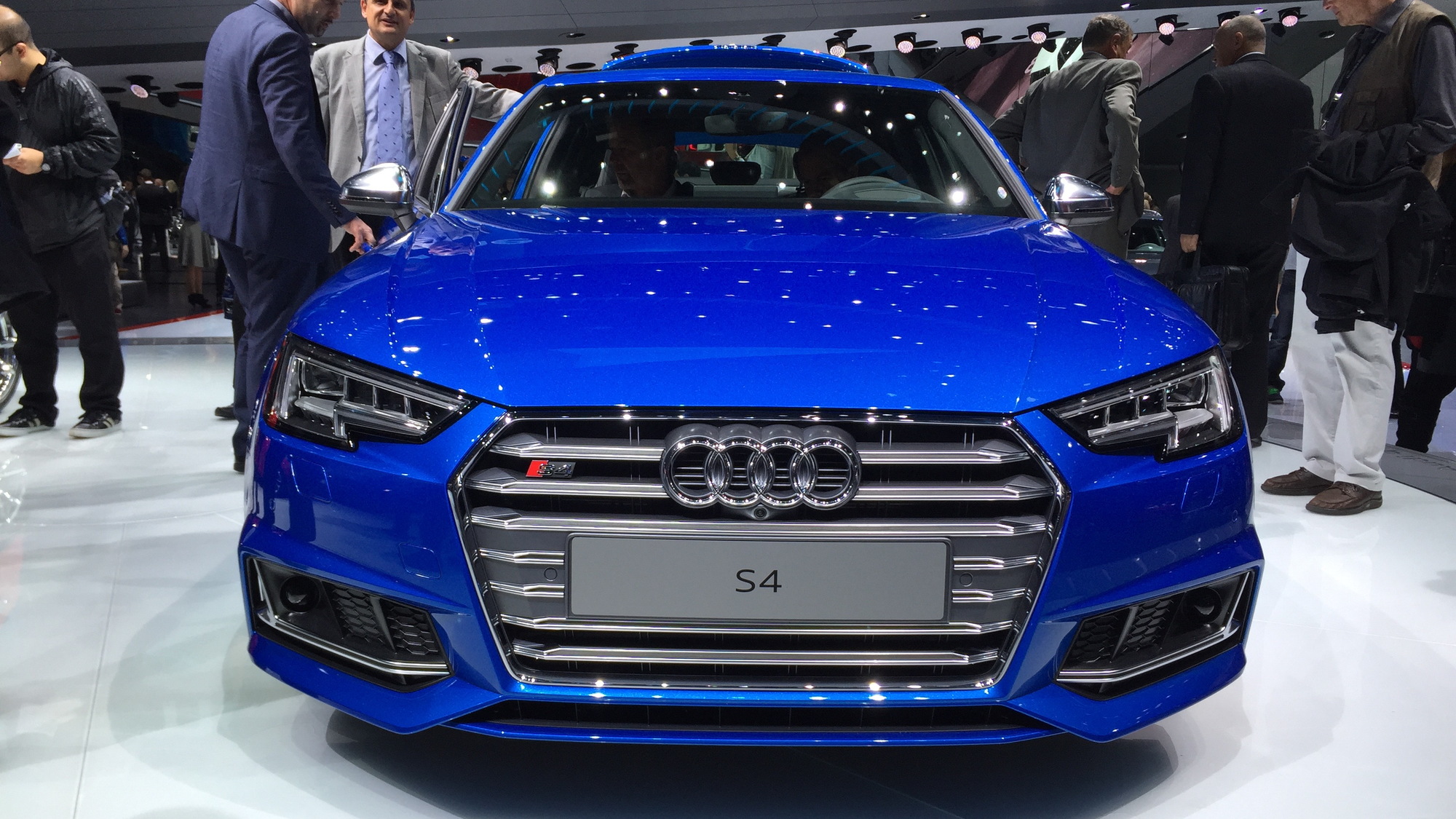 Joining the new A4 sedan in showrooms next year will be the sporty S4 variant, which made its debut yesterday at the 2015 Frankfurt Auto Show in both sedan and Avant wagon bodystyles. We’ll only be getting the sedan, which Audi says will run from 0-62 mph in 4.7 seconds and easily reach its governed top speed of 155 mph.

The S4 still features a 3.0-liter V-6, however, the previous model’s supercharger has been replaced by a turbocharger. Sadly, there isn’t any electrical assistance for the turbo, as had been rumored. Nevertheless, the newly developed engine spits out a stout 354 horsepower and 369 pound-feet of torque, with the latter delivered from 1,300 all the way up to 4,500 rpm.

The engine is paired with an eight-speed automatic transmission as standard (a manual is no longer offered), and drive is to all four wheels via a permanent all-wheel-drive system. During normal driving conditions, 60 percent of the drive torque is sent to the rear wheels to create a rear-biased feel for the S4. However, when needed, up to 70 percent of the torque can be sent to the front wheels and as much as 85 percent can be sent to the rear. Audi’s Sport Differential is available; this allows the torque to also be distributed between the rear wheels as well.

Also aiding handling is the sports-tuned suspension. The new setup is 0.9 of an inch lower than on the A4, and to further improve its performance there is an available set of active dampers. The performance of the suspension, along with various other dynamic settings, can be controlled from the cabin with the Audi Drive Select system, which is fitted as standard. The standard wheels and tires are 18-inch alloys with 245/40-size rubber.

Being based on the latest MLB Evo platform, the S4, like the new A4 and Q7, benefits from lightweight construction and an extensive package of the latest technologies. The intelligent use of high-strength composite materials in the body leads to exceptional rigidity. Yet the car is also light, weighing in at less than 3,600 lbs—not bad for a luxury sedan with all-wheel drive.

Inside the cabin are supportive bucket seats for the driver and front passenger. The trim is a combination of pearl Nappa leather and Alcantara in the colors Ebony, Rotor Gray and Magma Red. The standard inlays are made of matte brushed aluminum. Details such as the illuminated door sill trims with S4 logos, the embossing in the seats, and the special S4 start screen further set the S4 apart from the regular A4.

A conventional gauge cluster is standard but Audi is offering its 12.3-inch Virtual Cockpit digital cluster as an option. Other tech options include the MMI Navigation Plus infotainment system, Audi Connect high-speed Internet and a Bang & Olufsen premium audio system with 3D sound.

On top of this, there is also a wide range of driver assistance systems. In addition to the conventional lane departure and blind spot warning systems, there is also adaptive cruise control with a traffic crawl function (works up to 40 mph), a traffic sign recognition system, and an efficiency system that helps you to drive more efficiently, for example with optimal gear change prompts.