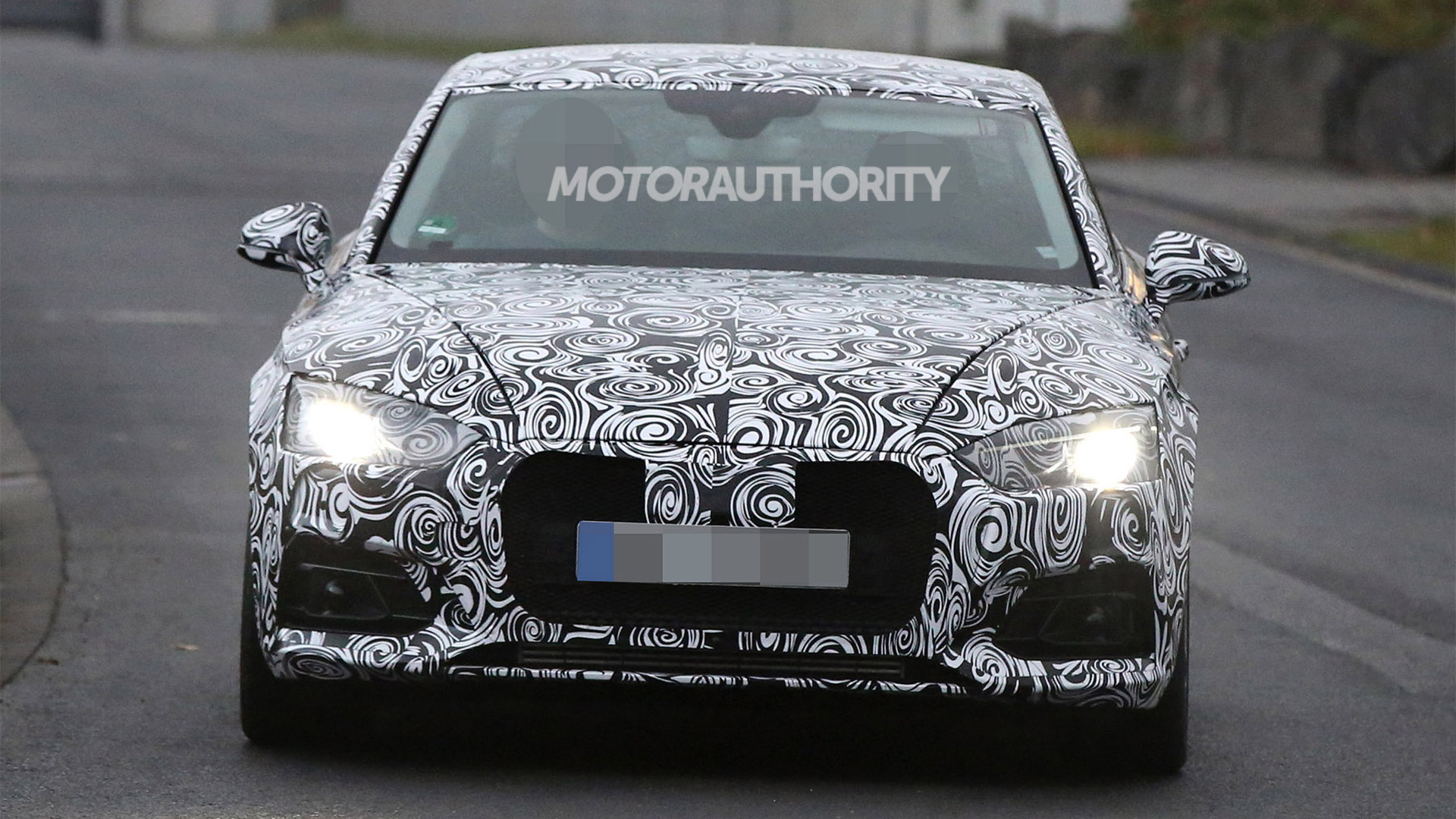 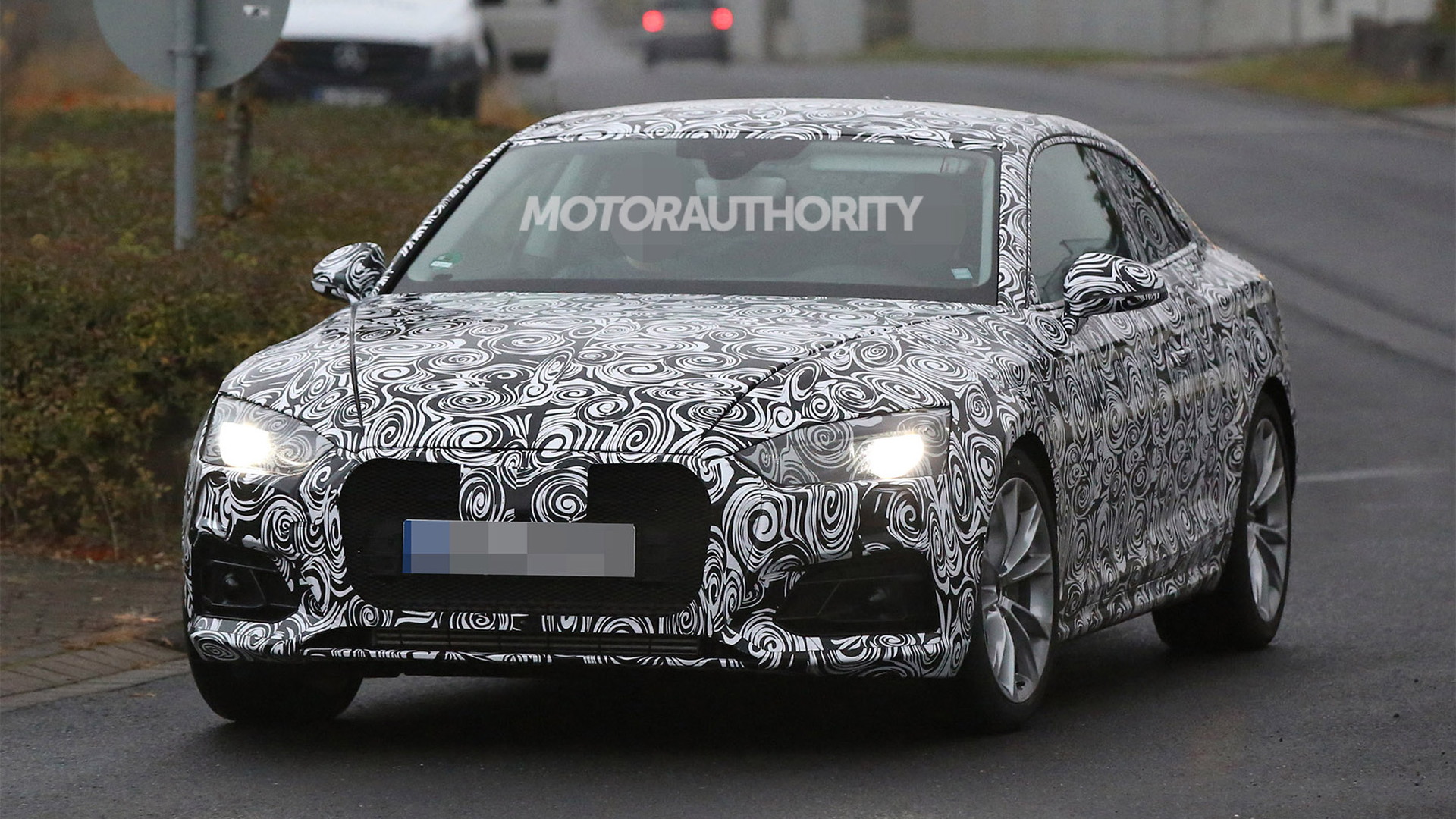 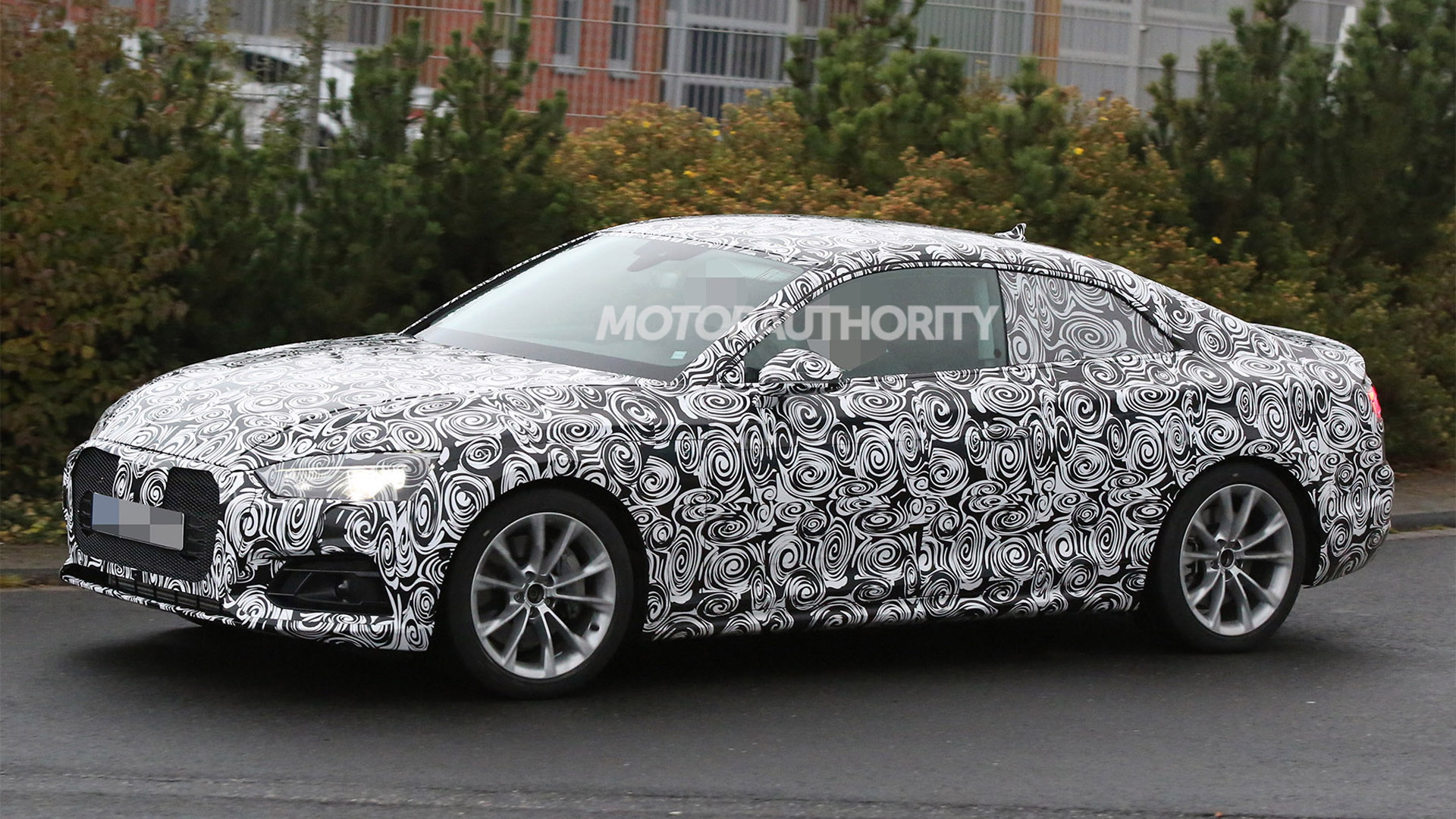 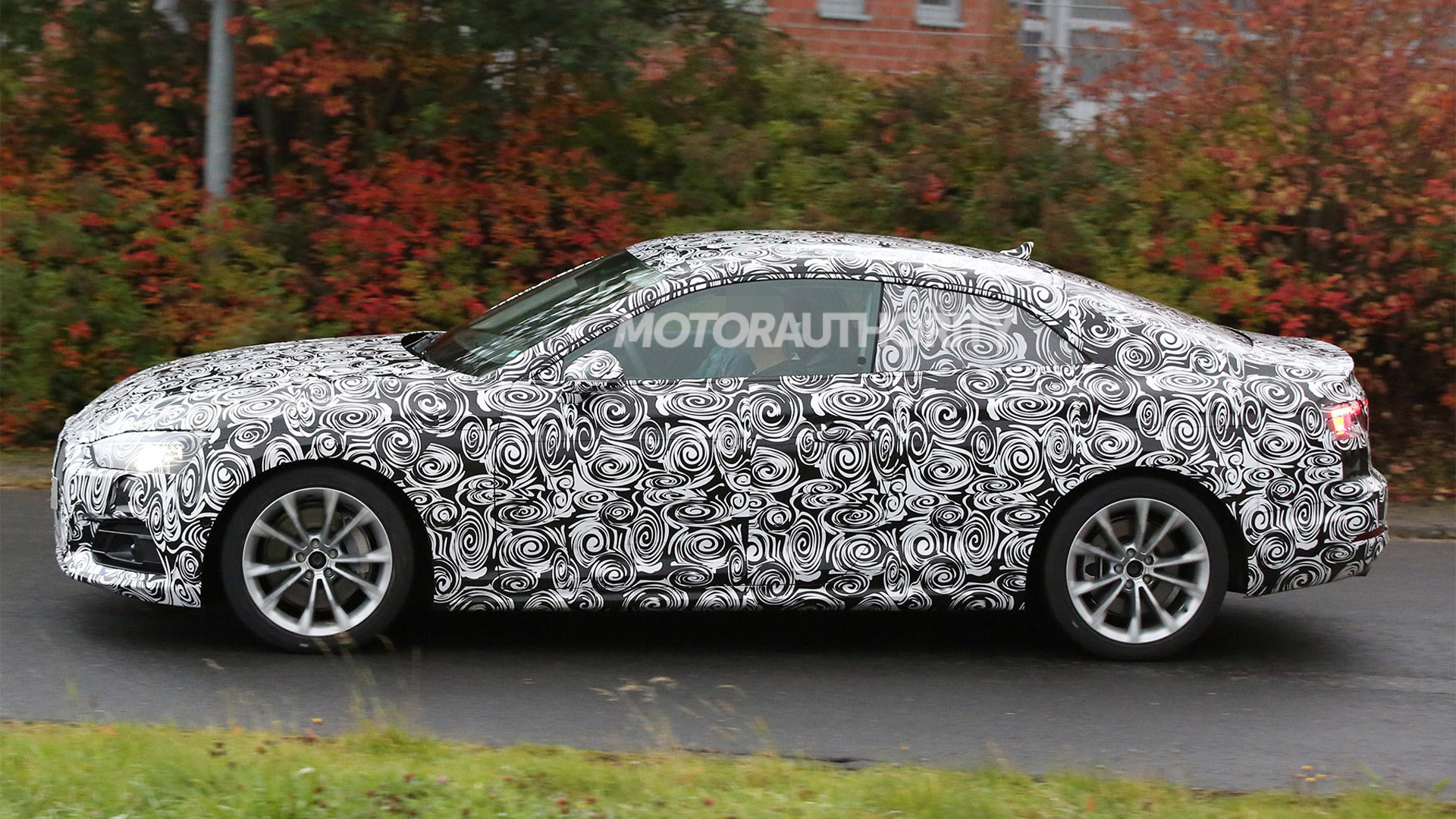 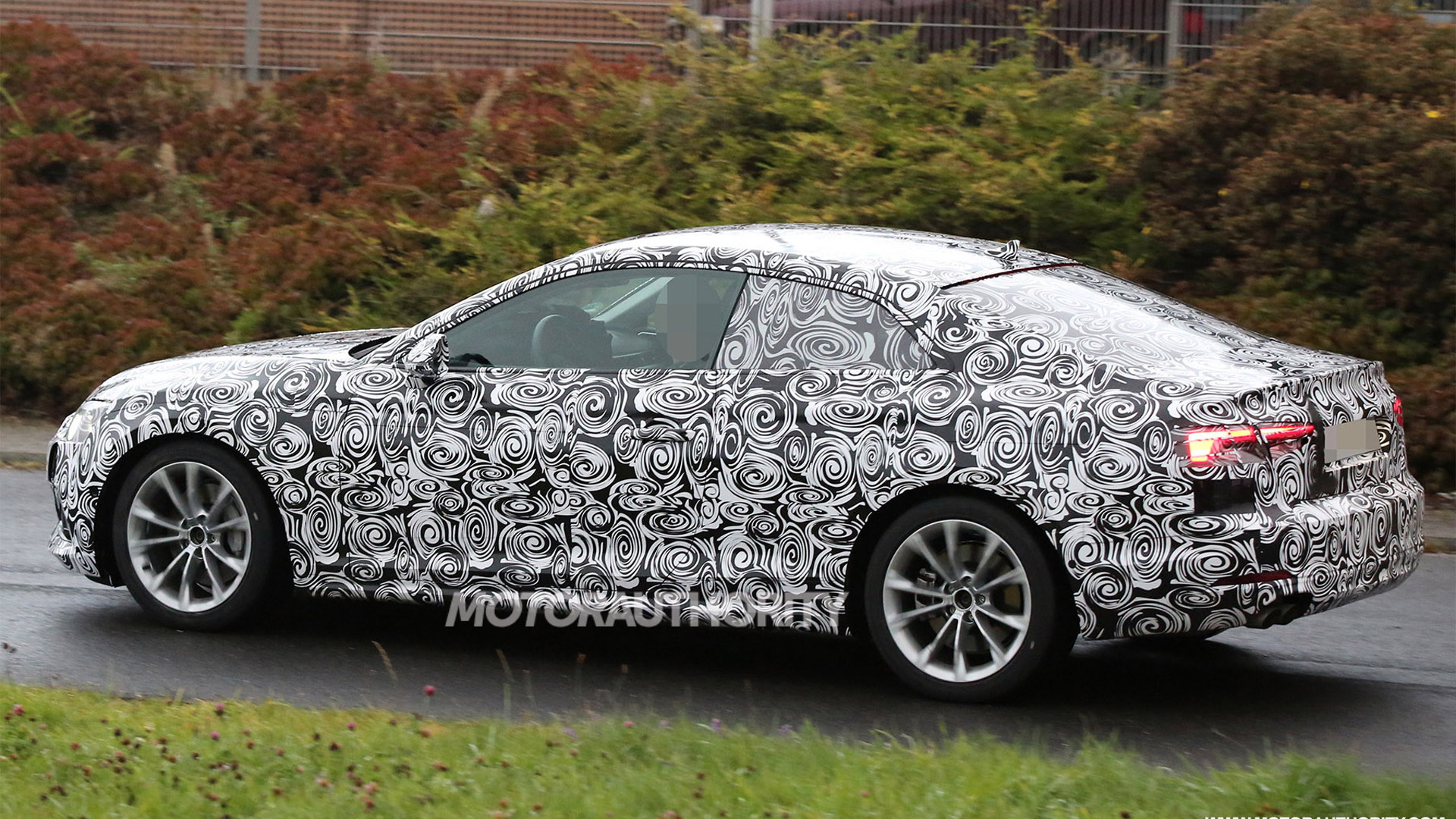 The second generation of Audi’s handsome A5 is expected to arrive in time for the 2018 model year, which puts its showroom arrival sometime in the second half of 2017, although the car may end up being launched earlier that year. We now have new spy shots plus a video of some prototypes.

They show only evolutionary changes for the car’s styling, with the most significant changes taking place at the front where the design team has created a slightly more aggressive look. A similar look features on the 2017 A4 due in showrooms early next year. Both cars ride on a common platform.

The platform underpinning the car is the Volkswagen Group’s MLB Evo, which made its debut in the 2017 Q7 and has since spread to new A4. The new platform promises a significant reduction in weight as well as compatibility with more alternative powertrains.

Current trim levels will carry over, with the base 2018 A5 continuing with a 2.0-liter TFSI engine, the S5 with a supercharged 3.0-liter V-6 and the RS 5 forgoing the current model's naturally aspirated 4.2-liter V-8 in favor of a new twin-turbocharged 3.0-liter V-6. Expect power in the latter to reside around the 475-horsepower mark.

Front-wheel drive will remain standard for the 2018 A5 while quattro all-wheel drive will continue to be offered as an option. The standard transmission should be a dual-clutch unit with seven forward gears. One of the key benefits of the latest MLB Evo platform is that it’s been designed to be compatible with alternative drivetrains. Look for a plug-in hybrid model, perhaps with a ‘through-the-road’ hybrid all-wheel-drive system.

Tech goodies will include LED and laser headlights with Matrix beam capability, an advanced infotainment system with WiFi, a head-up display, and semi-autonomous electronic driving aids. There will also be various versions of Audi’s MMI interface as well as the automaker’s Virtual Cockpit digital instrument cluster.

Look for the new A5 to be revealed in the second half of 2016. Further down the track, new versions of the A5 Cabriolet and A5 Sportback will be launched, with the latter tipped to be sold in the United States this time around.