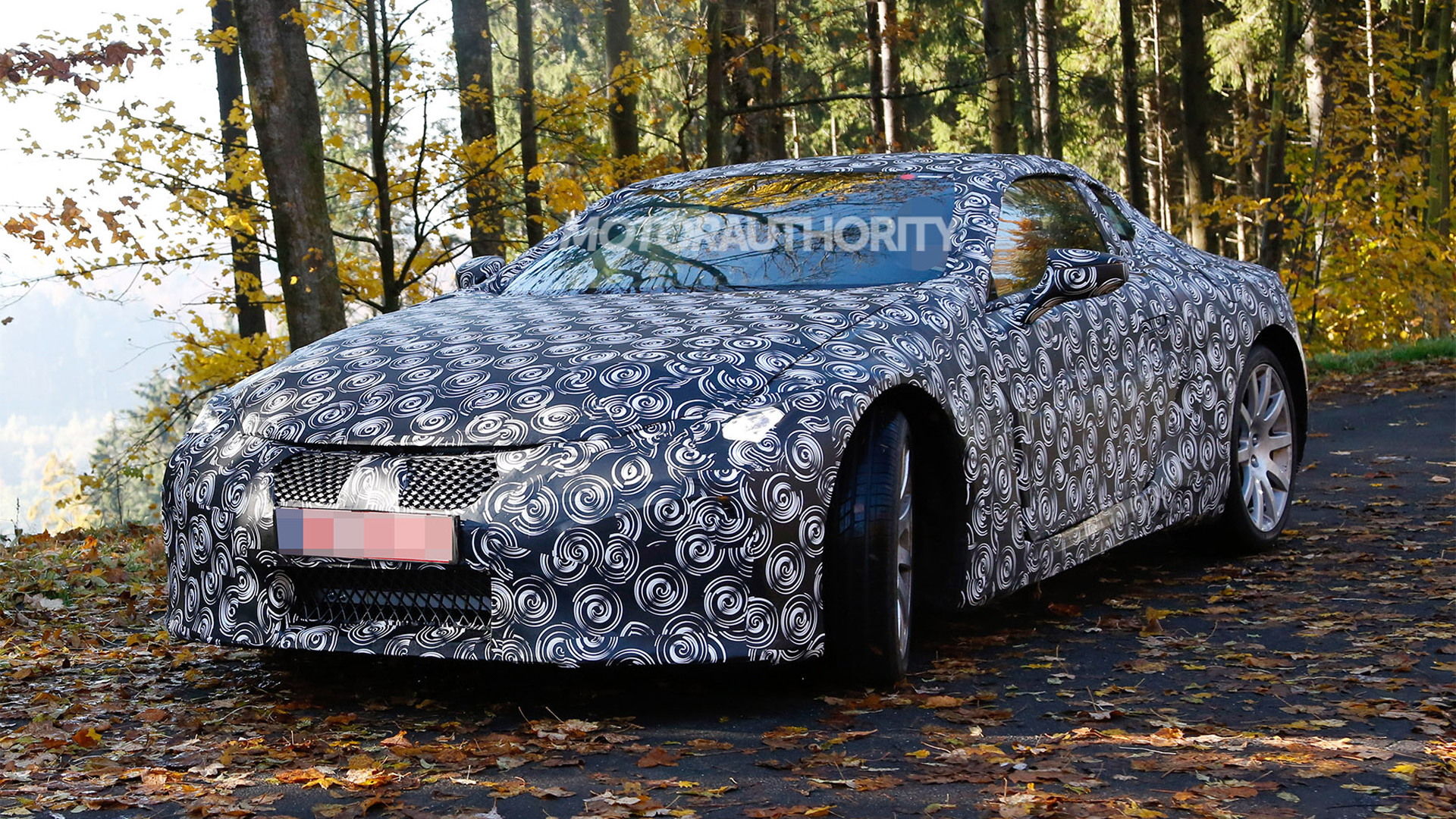 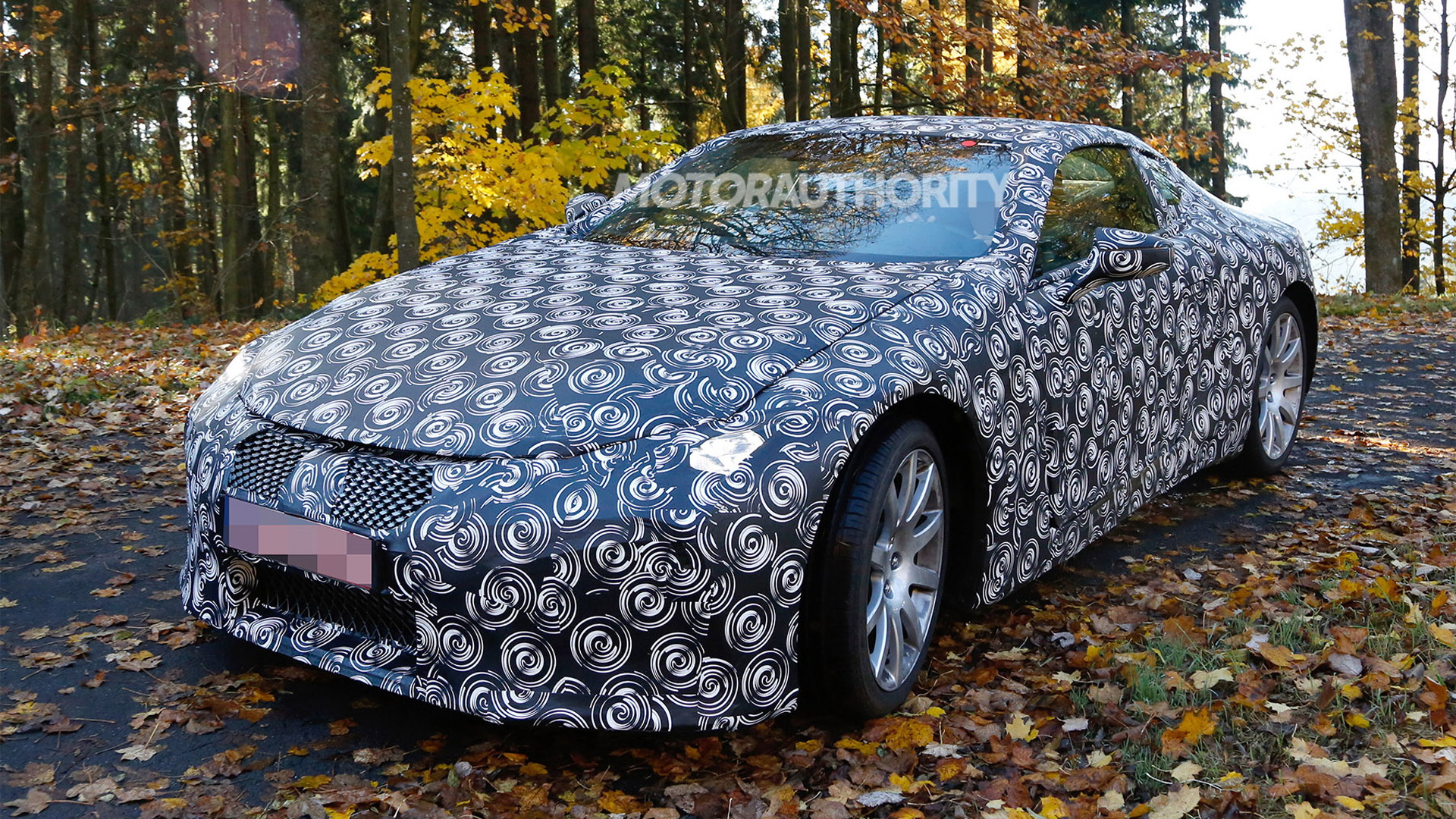 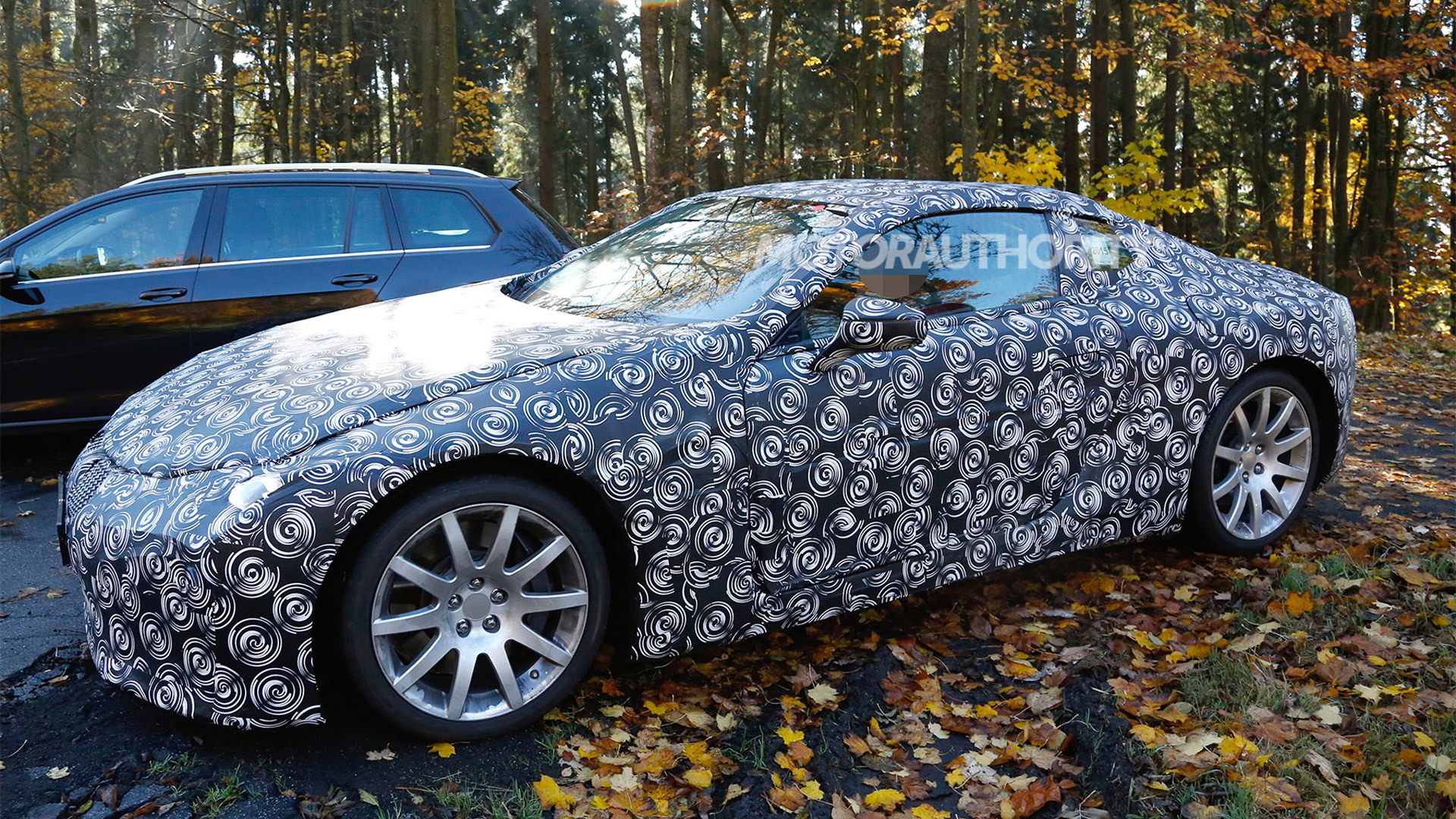 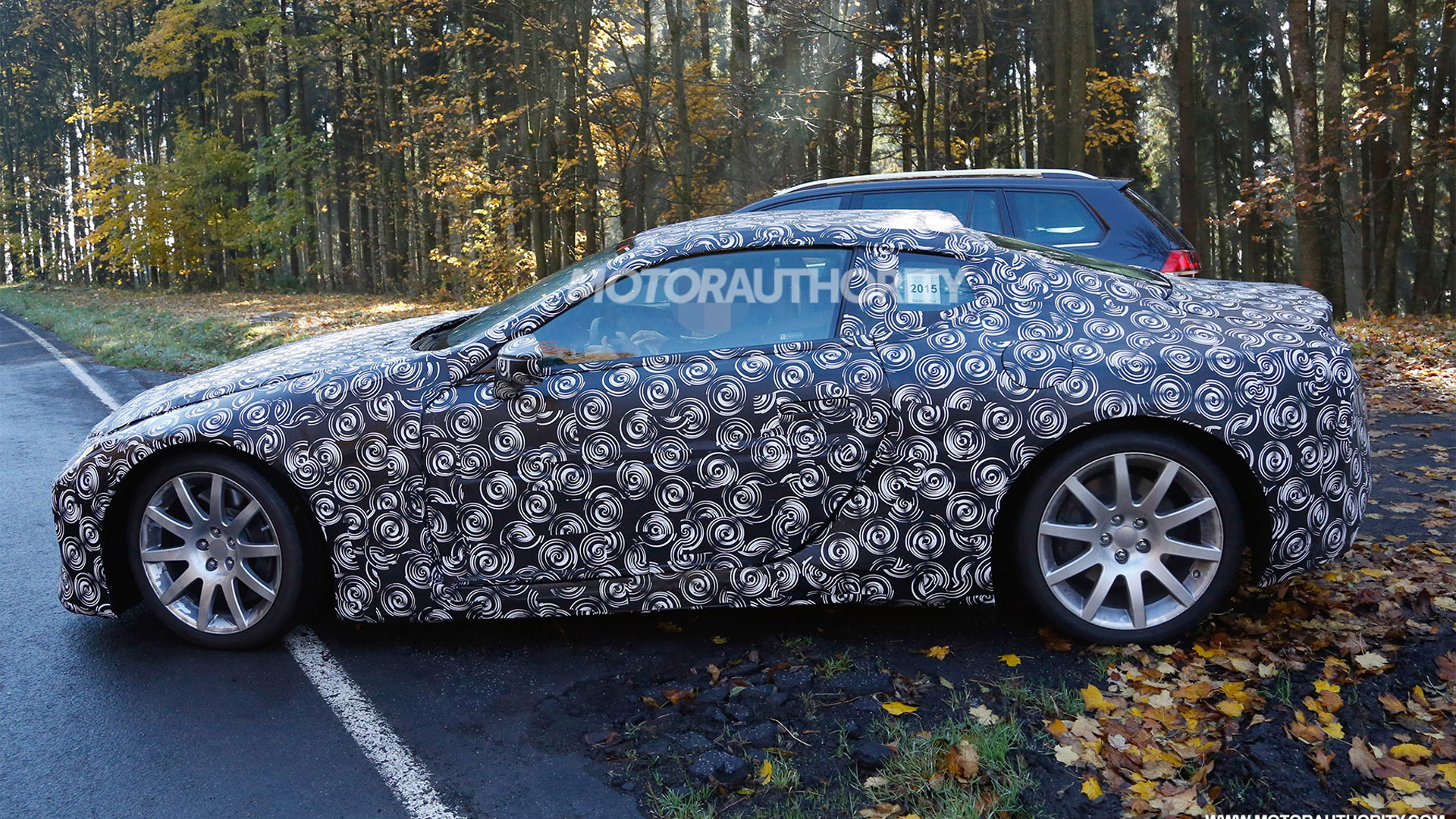 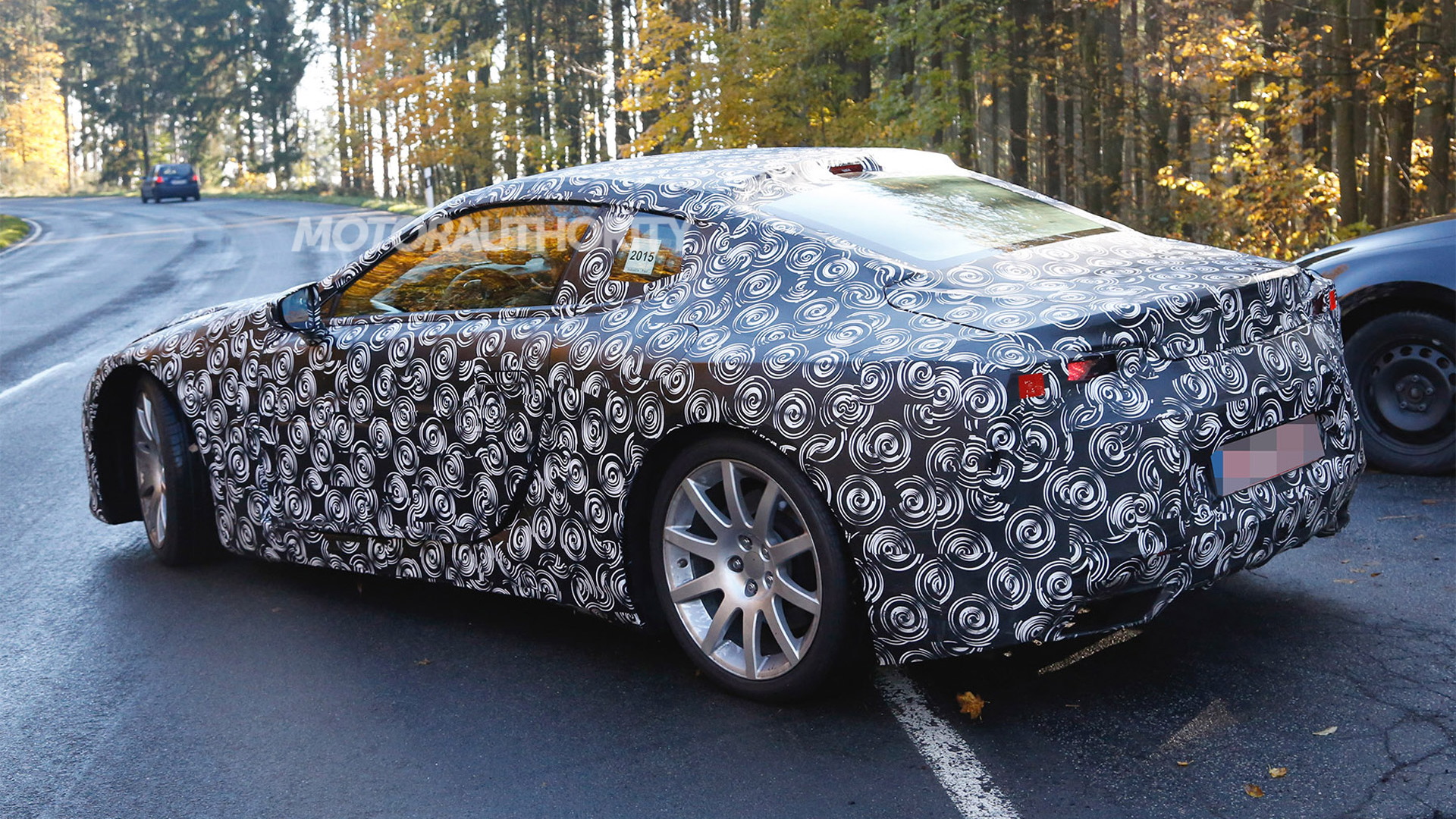 Although originally intended as a concept to preview future styling themes, rave reviews following the reveal of the Lexus LF-LC concept at the 2012 Detroit Auto Show persuaded managers to put the stunning two-door into production. We now have photos of a prototype for the production version, which is expected to carry the LC title and go on sale sometime in early 2017.

The prototype is clearly for a sleek, sporty coupe with 2+2 seating and proportions very similar to those of the LF-LC concept. And at the front sits a grille with elements similar to those featured on current Lexus models. According to our photographer, the prototype was being benchmarked against a BMW 6-Series and Porsche 911.

While there have been rumors the production version of the LF-LC concept will revive Lexus’ SC badge, trademark filings for “LC 500” and “LC 500h” made by parent company Toyota last year suggest the new Lexus coupe will be called a LC when it finally lands in showrooms. The trademark filings also provide clues as to the likely powertrains.

The LC is expected to be offered initially with two powertrain options: an uprated version of the 467-horsepower 5.0-liter V-8 powering the 2015 RC F, and a new hybrid setup combining Lexus’ latest 3.5-liter V-6 with an electric motor for a total output in excess of 500 hp. You may recall that the LF-LC concept was said to be powered by a new hybrid drivetrain rated at over 500 hp as well. Further down the track an LC F dedicated performance model with a twin-turbocharged V-8 spitting out more than 600 hp may be launched.

Some of the technologies expected to appear on the new LC include a 10-speed automatic from Aisin AW; multi-material construction including components made from steel, aluminum and even some carbon fiber; and torque vectoring.

As mentioned above, the new Lexus coupe isn't expected to go on sale until 2017, at least in the United States, meaning we’ll most likely see it arrive as a 2018 model. The car is expected to ride on a new rear-wheel-drive platform shared with the next-generation LS flagship sedan, which is due roughly one year earlier. Pricing for the LC should fall around the $100k mark.