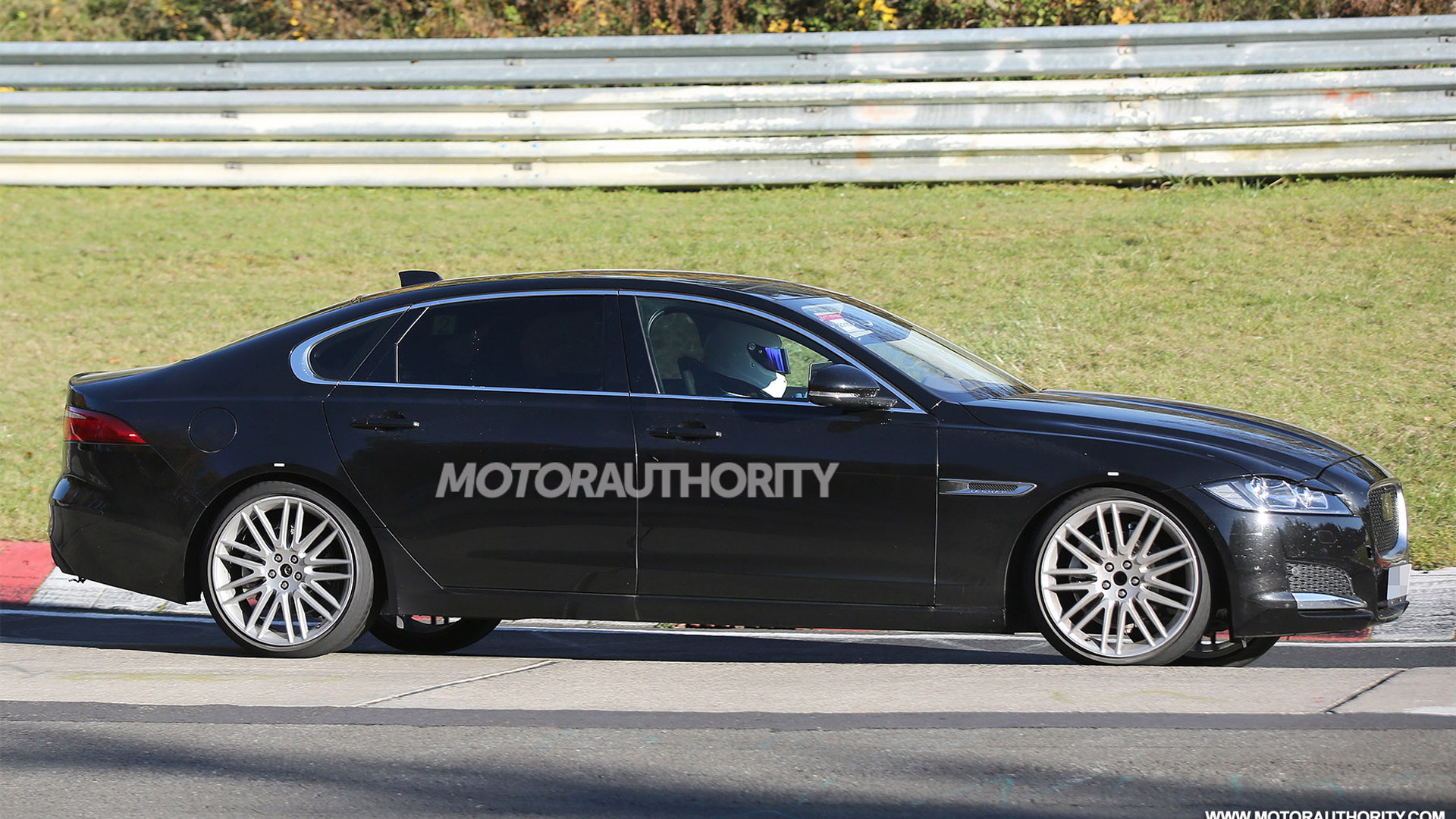 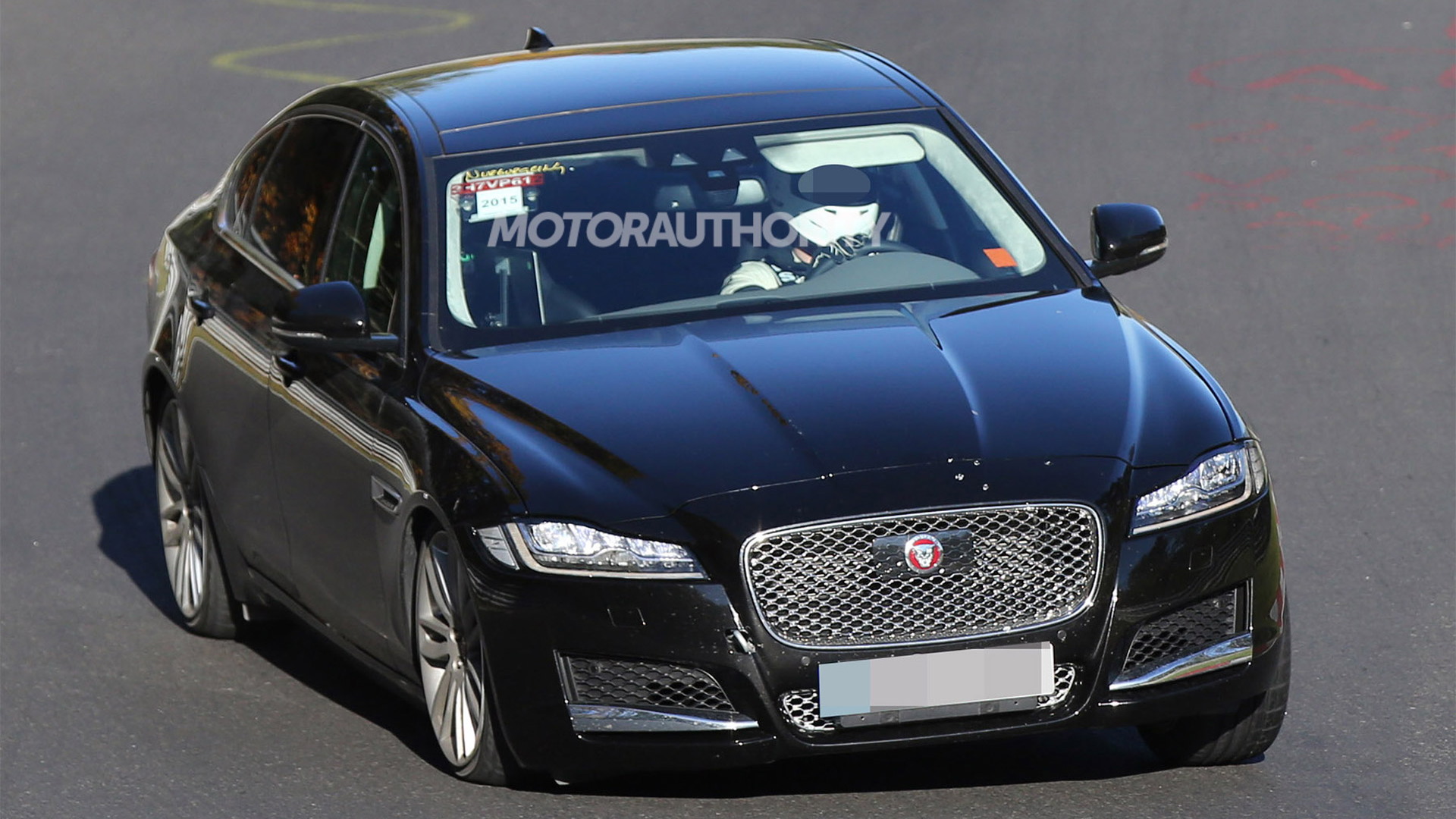 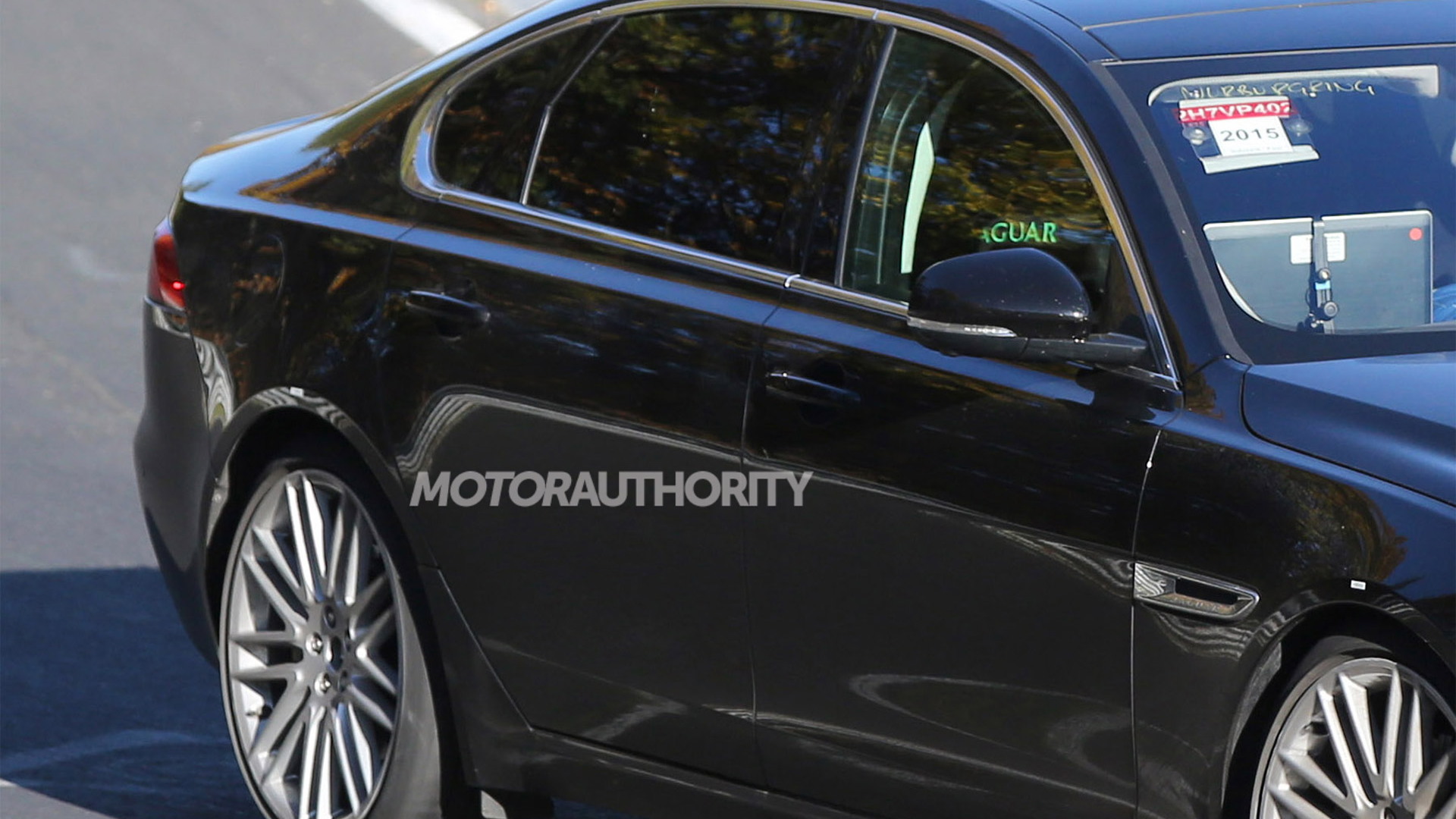 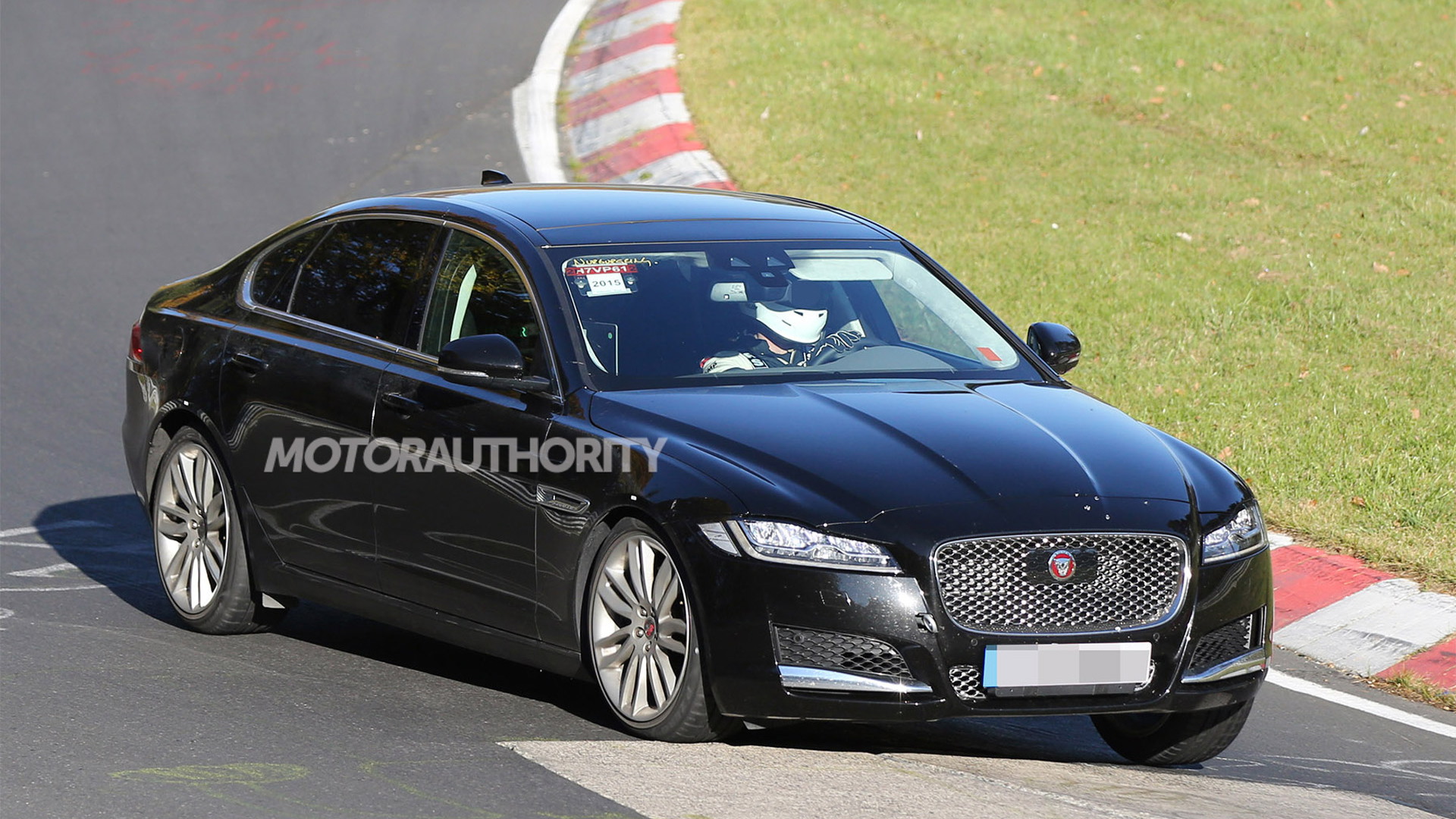 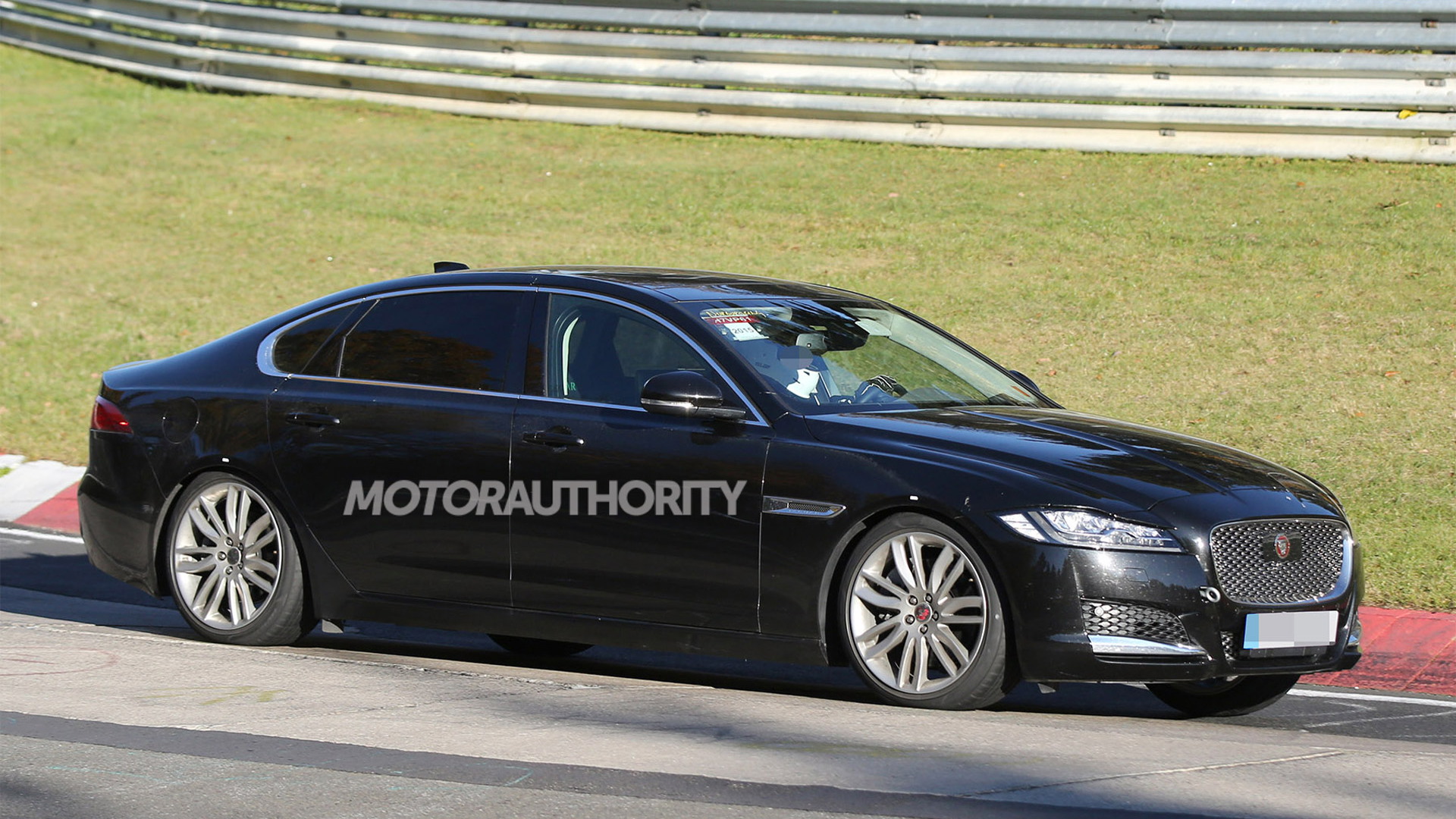 Jaguar already offers a long-wheelbase version of its XJ flagship sedan, the XJ LWB, and soon the smaller XF, now in its second generation, will offer up the option too. Our latest spy shots show a prototype for the long-wheelbase XF, or XF LWB as it will be known, testing hard at the Nürburgring.

The XF LWB is expected to debut early next year, and right now it’s thought to be headed only to China where even small and mid-size sedans are used as chauffeur cars. The XF’s rivals like the Audi A6, BMW 5-Series and Mercedes-Benz E-Class all have long-wheelbase variants on offer in China, so Jaguar is in catch-up mode here.

The XJ LWB is almost 5.0 inches longer than the standard XJ, and we expect a similar increase in length for this XF LWB. That would give the car an overall length of approximately 200 inches. As the spy shots confirm, all of the extra length is going to the rear seat passengers, as indicated by the longer rear doors.

In the United States, the second-generation XF is offered with the choice of two supercharged 3.0-liter V-6 engines: one rated at 340 horsepower and 332 pound-feet of torque, the other at 380 hp and 332 lb-ft. In other markets, the car also offers four-cylinder units, including some diesels, and it’s possible any one of these will be made available in the XF LWB.