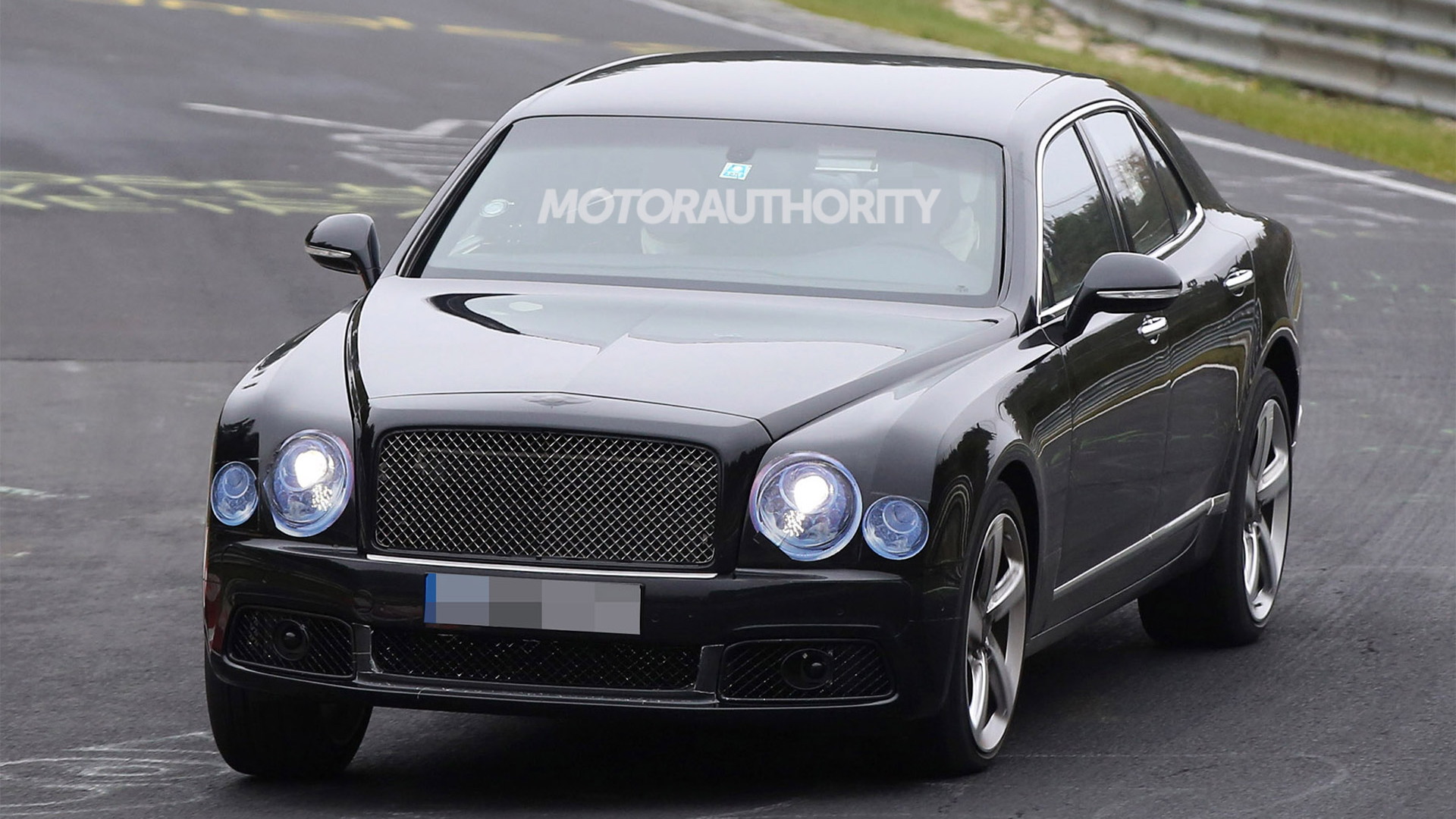 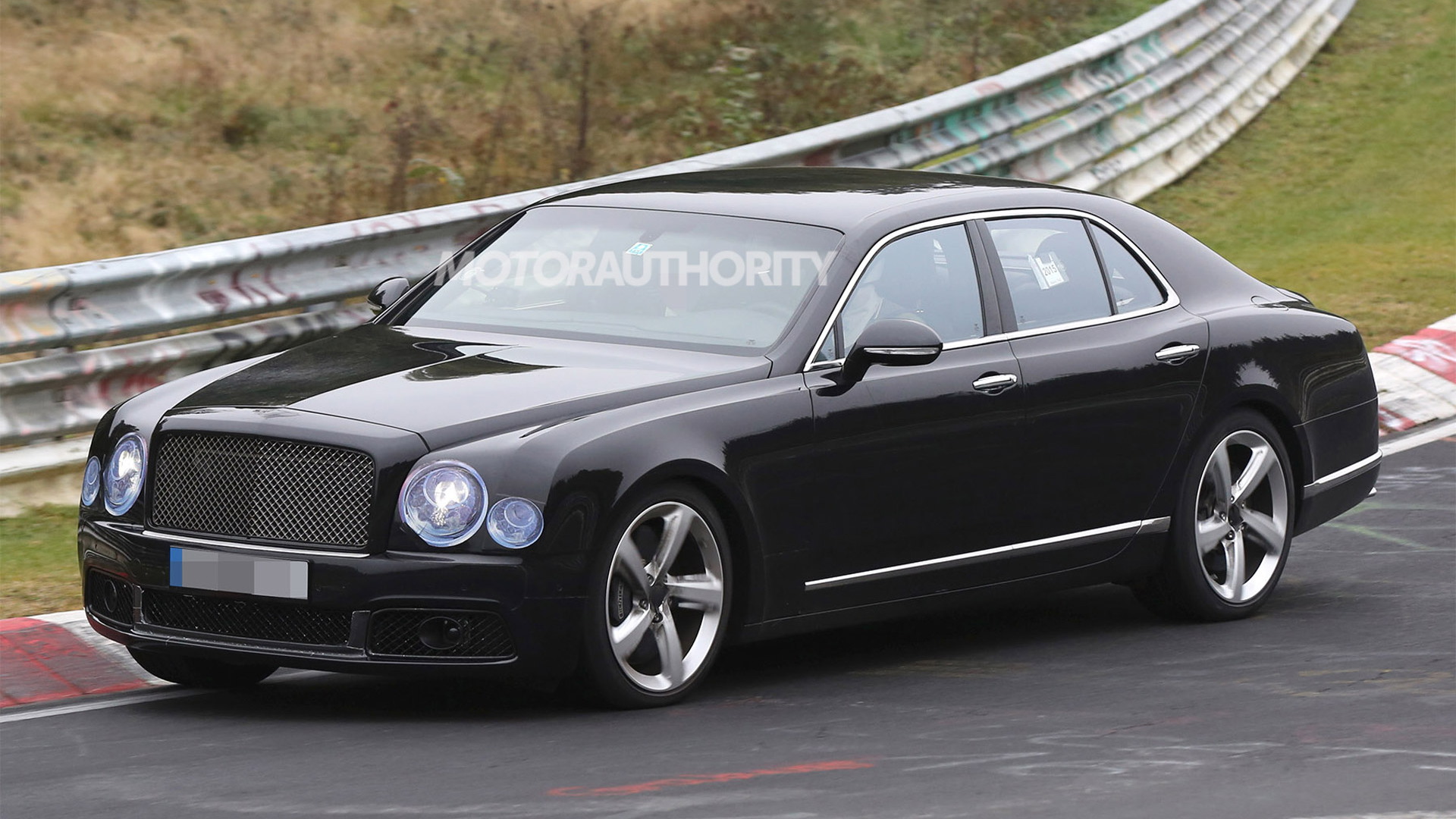 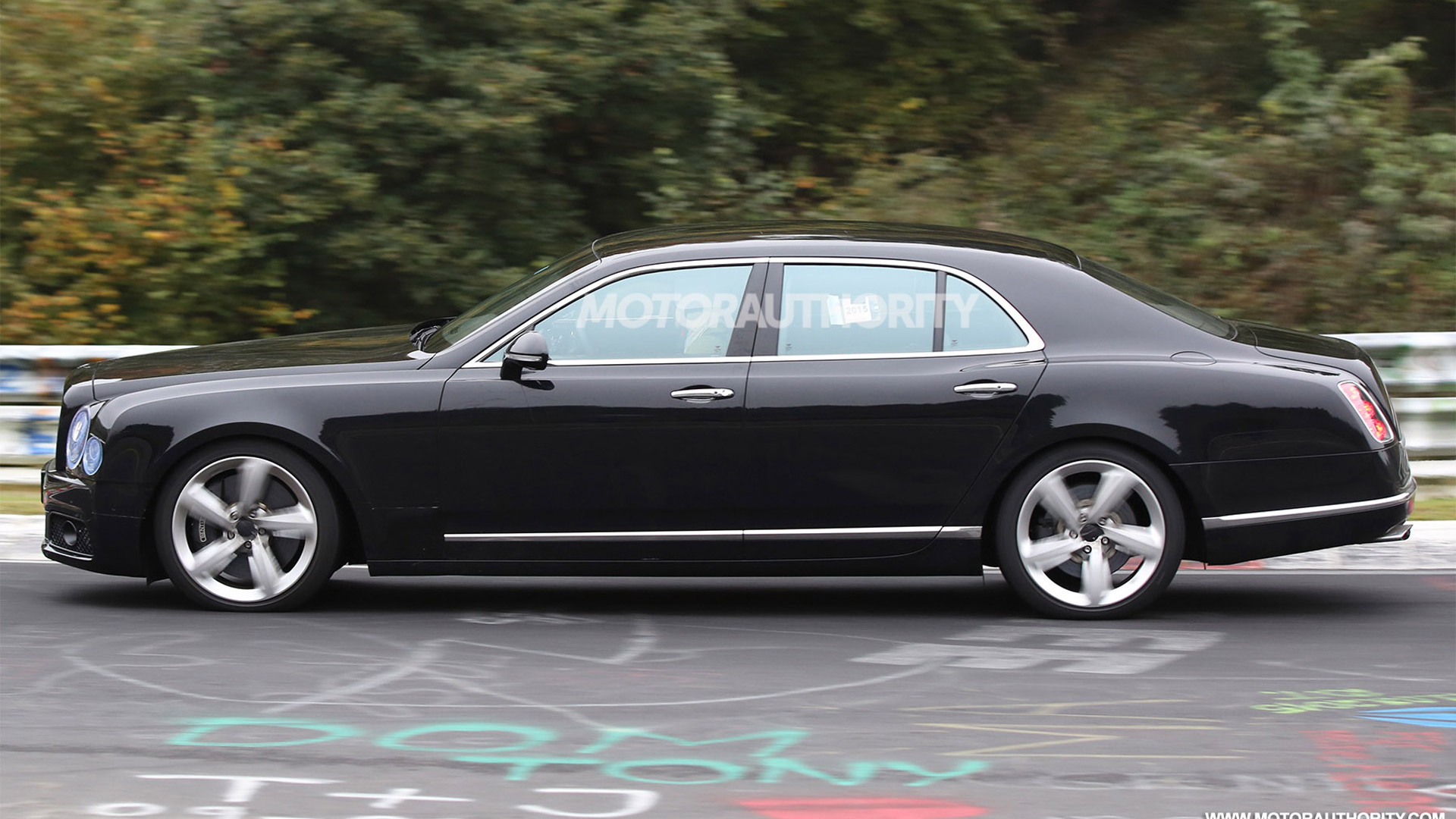 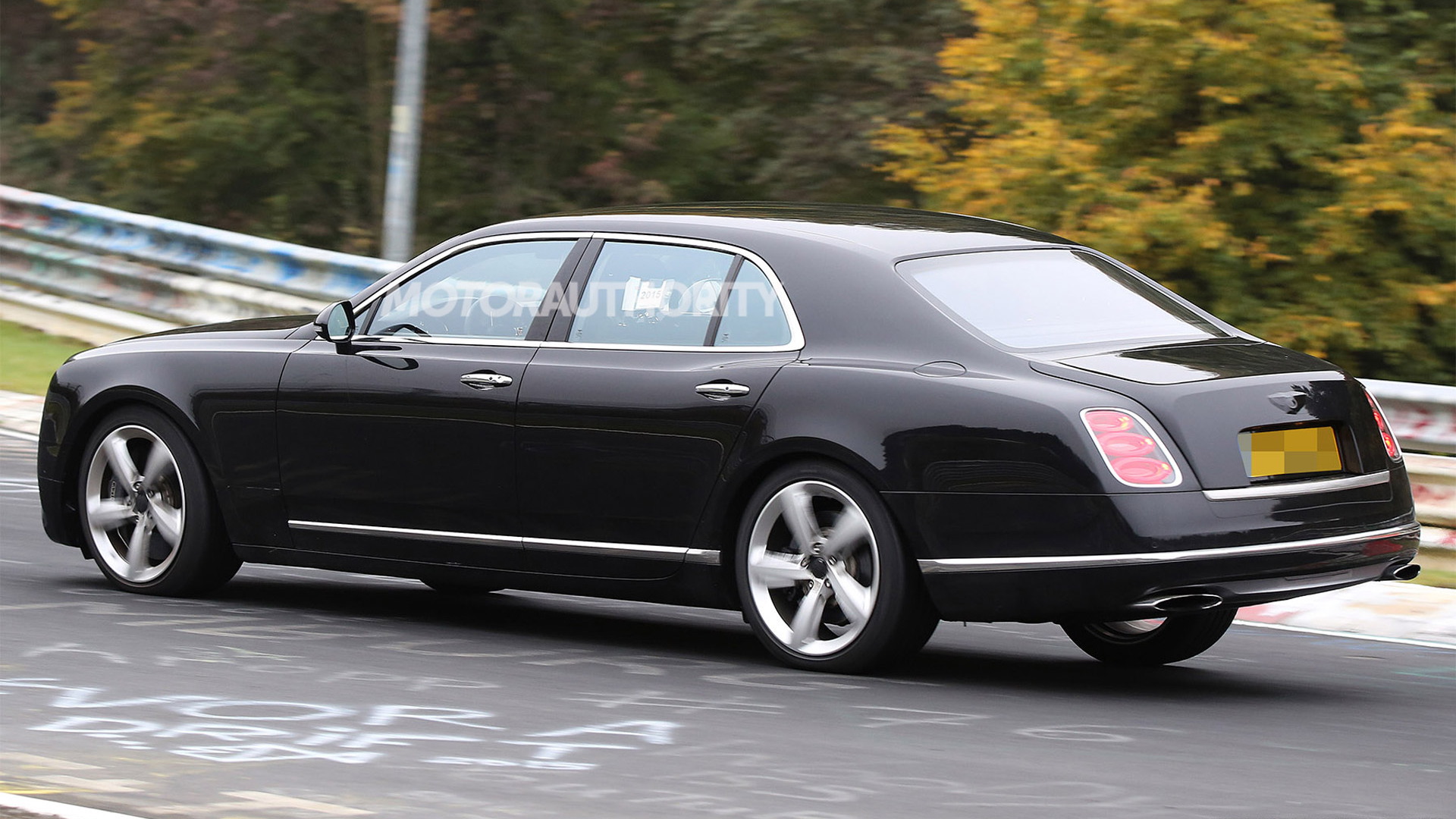 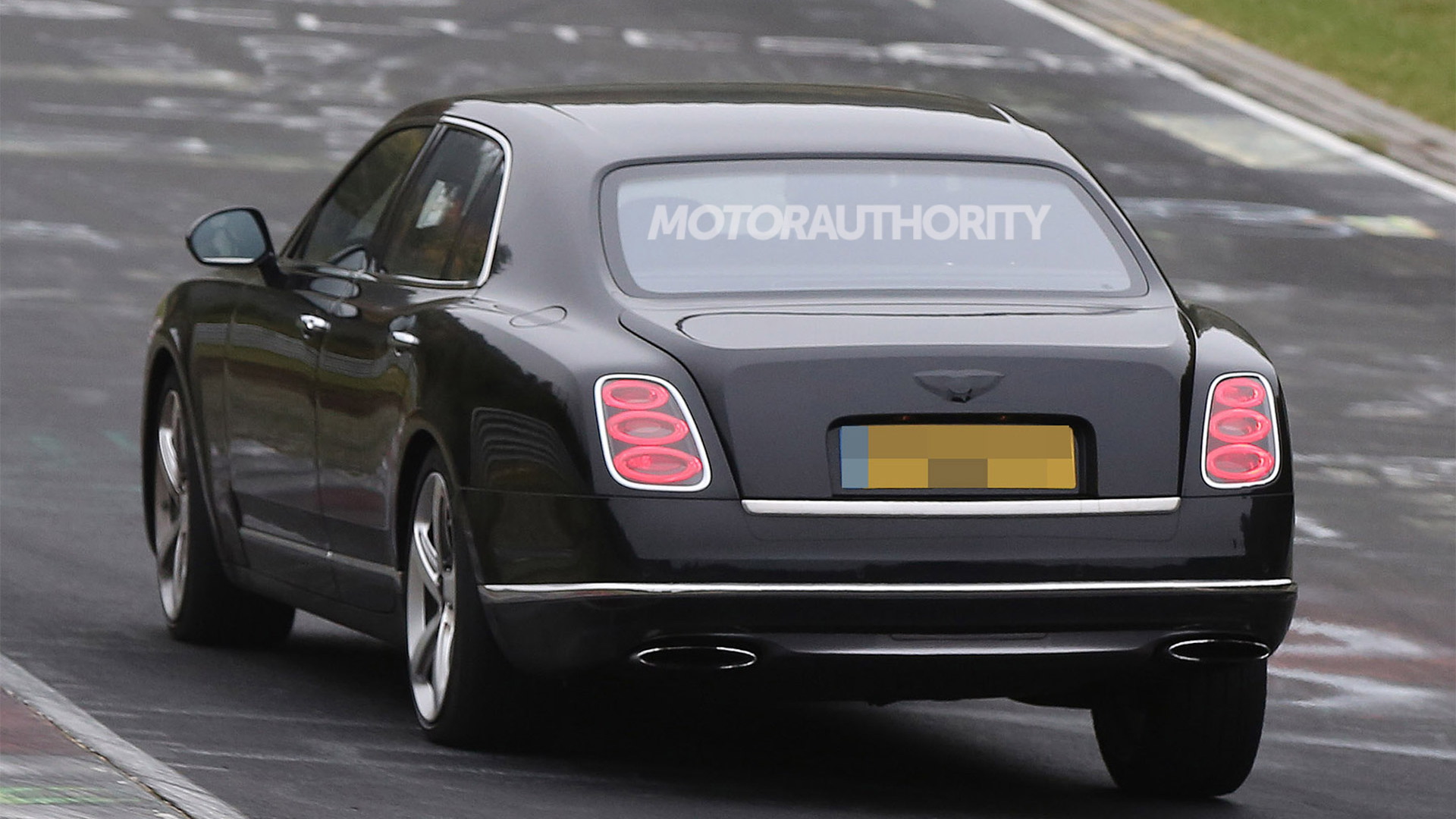 Named after a famous Le Mans corner, Bentley’s Mulsanne flagship sedan is about to enter its sixth year on the market and thus can do with a little sprucing up. We now have spy shots of a prototype for an updated Mulsanne, which we’re expecting on the market late next year or in early 2017.

The big and burly Mulsanne first arrived on the scene back in 2010 as the replacement for the Arnage. Since then, there have been few updates although we did get a sporty Mulsanne Speed this year.

From the spy shots, we can see that the updated Mulsanne will get a revised front incorporating a new bumper design and tweaked headlights.

Not much else is known about the updated Mulsanne. We do know that the car will still offer a twin-turbocharged 6.75-liter V-8 good for about 505 horsepower and 752 pound-feet of torque, though this time around there may also be additional powertrain options.

One of these could be a plug-in hybrid setup previewed last year in a Mulsanne concept car and due for a debut in the Bentayga SUV in 2017. It’s likely the Mulsanne Speed will also be around, complete with its own 550-hp rating.

In addition to new powertrain options, Bentley buyers may be offered more bodystyles as well. A prototype for an even longer Mulsanne was spotted recently, and Bentley CEO Wolfgang Dürheimer has also been quite vocal about coupe and convertible versions along the lines of the Arnage-based Brooklands and Azure. In fact, a Mulsanne convertible has already been previewed in concept form.

A debut at the 2016 Geneva Motor Show next March is likely for the updated Mulsanne.