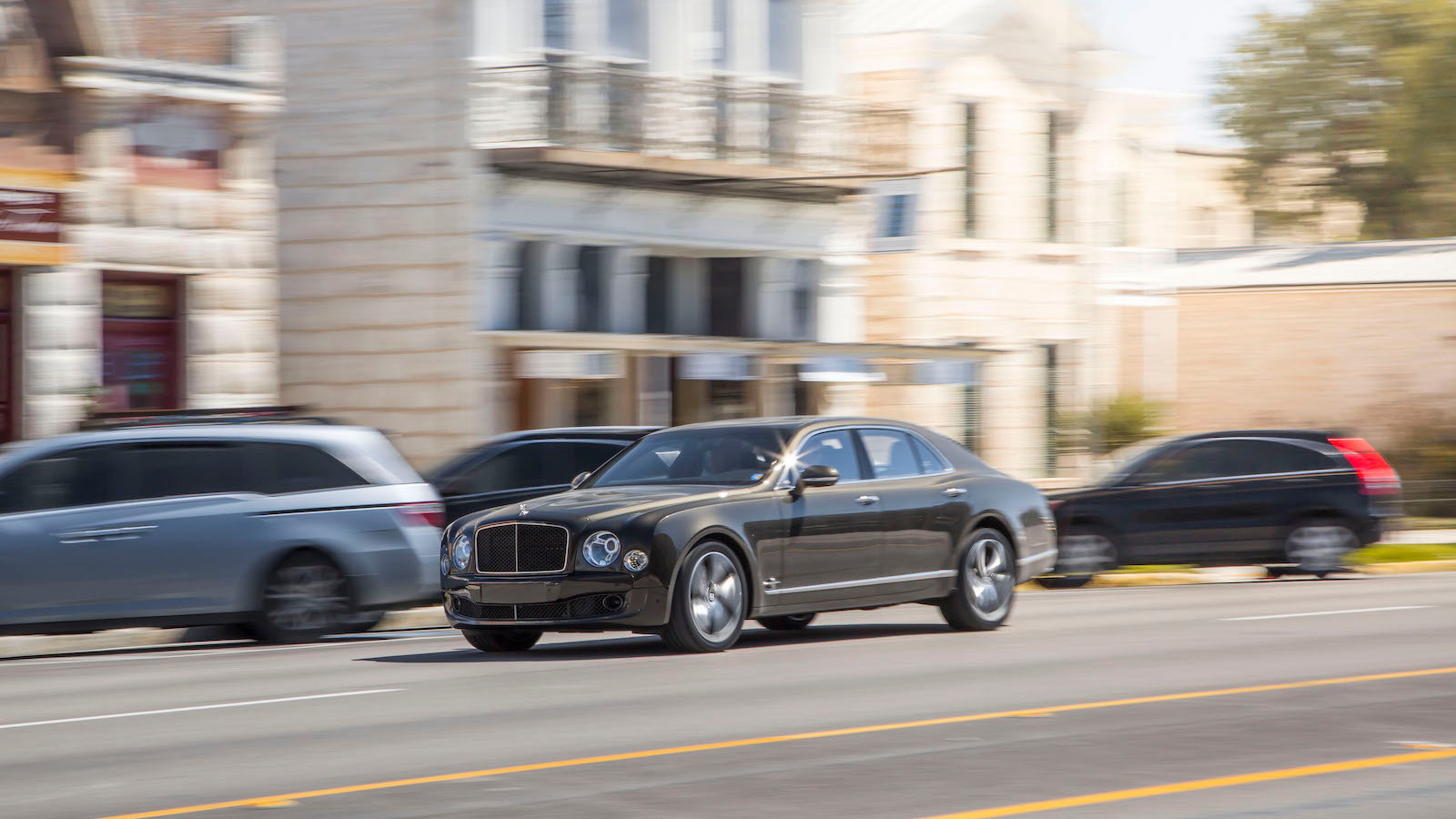 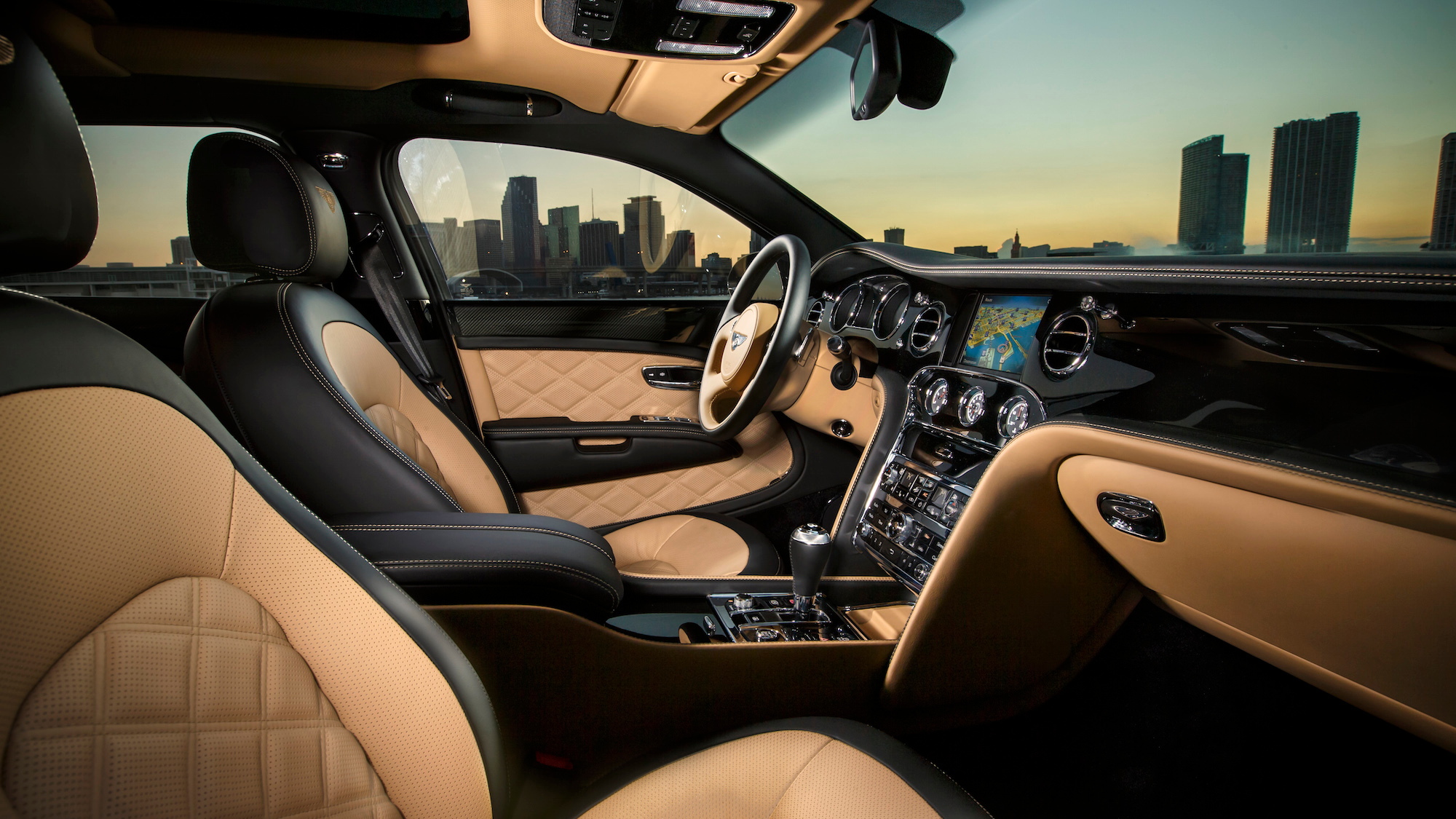 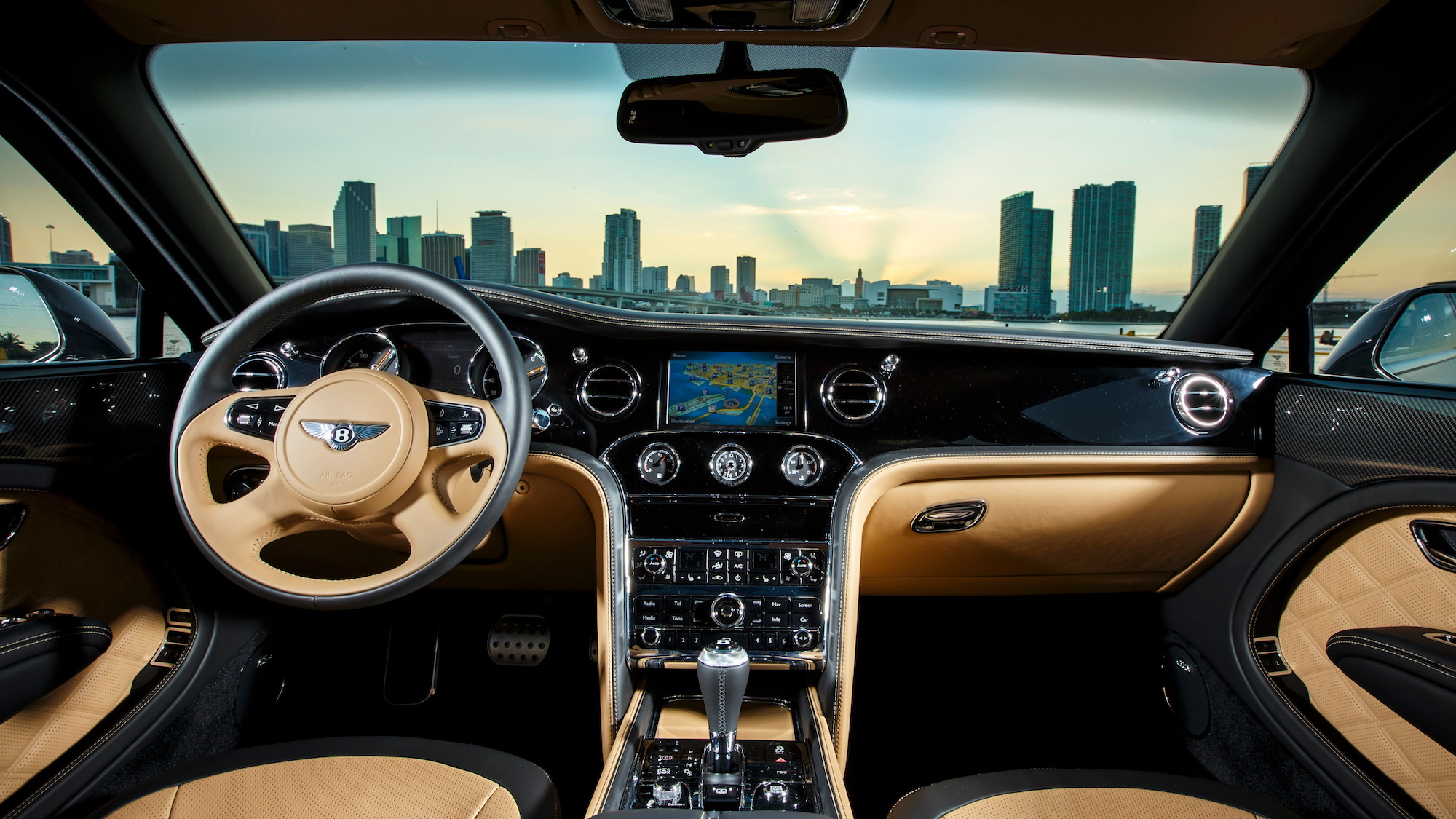 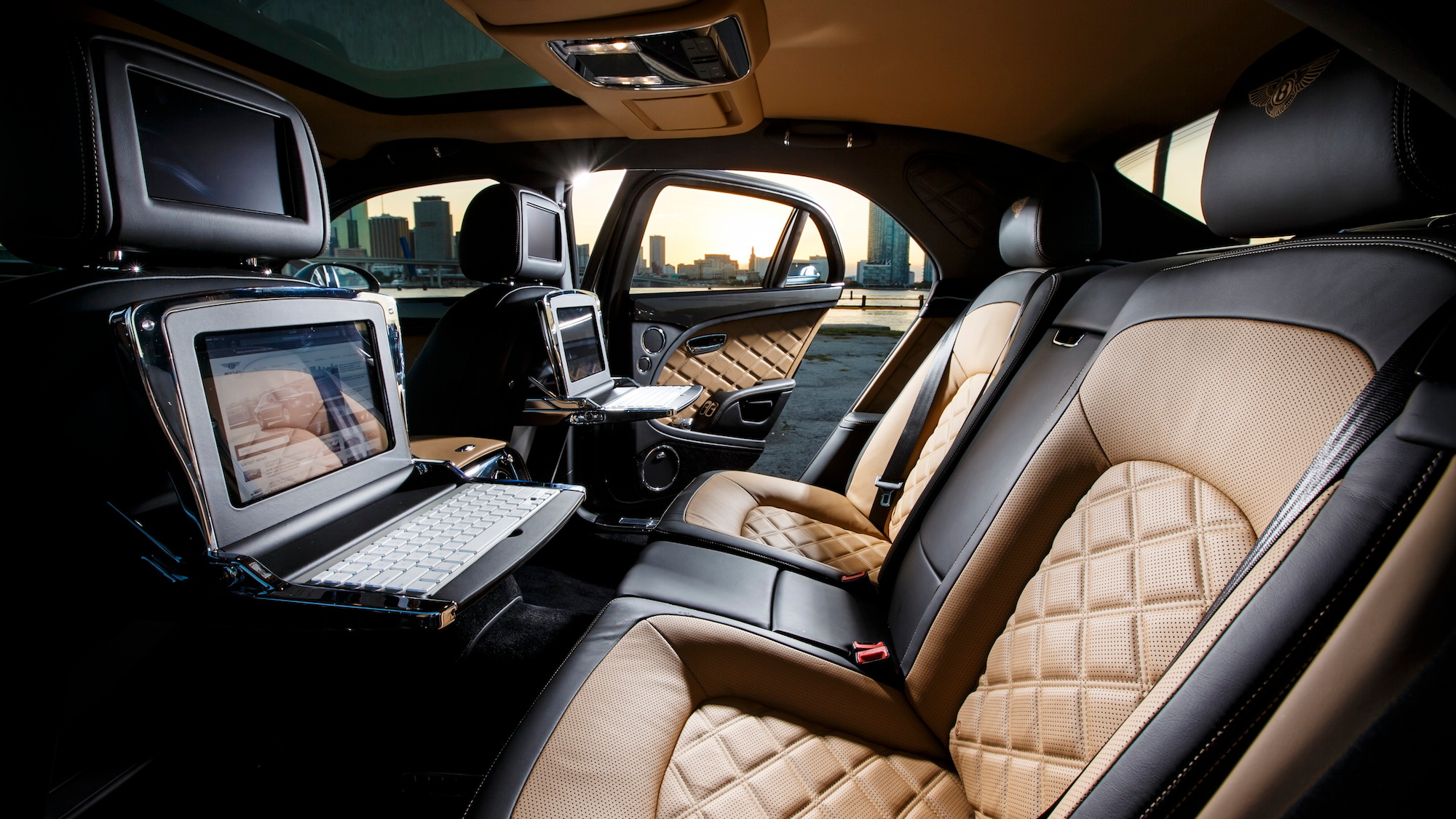 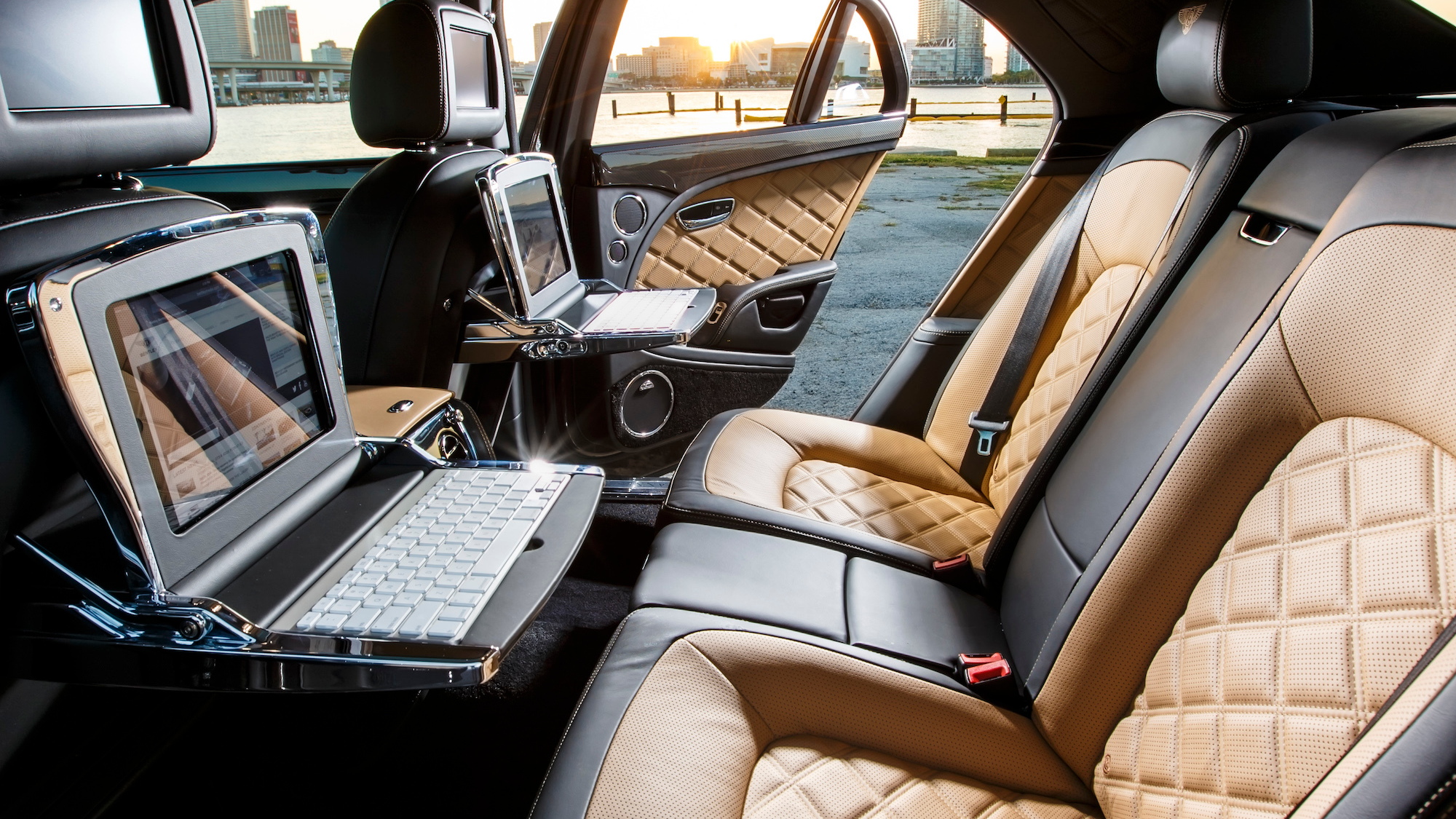 Whipping three tons of steel, wood, and glass through the corner, I settle the wheel, straighten the car, and press the brakes—hard. Coming to a stop, I press and hold the traction control button.

Sadly, none of this is on video. Gladly, my head is a mostly empty space with ample room for tire smoke, memories of a 6 and 3/4-liter roar, and the occasional bottle of Caol Ila to help get things moving.

Trepanning being a rather primitive art, I will divulge my cranial contents through this virtual page. A digital pilgrimage through the dusty halls to one ill-gotten toy: the 2016 Bentley Mulsanne Speed.

Stepping out of a plush new downtown Austin hotel and into the waiting Mulsanne Speed’s driver’s seat, I’m prepared for a day of boating, battling both the Bentley’s bulk and the rainy forecast--something the photographer didn't have to worry about the day before.

Pushing off from the curb, comfort mode engaged, scenic route programmed into the nav by some unseen minion, the car’s size becomes palpable. Yards of hood extend toward the horizon. Over my shoulder, past the 16 cowhides that drape the cabin, acres of boot. Merging with traffic, the view is commanding.

Yet sleekly the Mulsanne Speed slips into the seams, threading silk over the woven patchwork of Texas-urban pavement.

Rain beads against the windscreen briefly as the wipers kick on. Their gentle metronome swoosh is the only sound competing with the digital voice of the computer.

Heading toward Hill Country, the expanse of high-limit toll road is mirrored by the expanse of dashboard. Dwarfing conception—and the display screen embedded in its center—the carbon-veneered wall extends in a waistrail around the cabin. The missing executive in the rear would appreciate this touch.

Rolling into the throttle, 811 pound-feet worth, the Mulsanne Speed issues forth. Riding a surging wall toward triple digits, 530 horsepower singing a gentle baritone chorus, sliding up through the gears, I reach cruising speed.

The clock in the dash duly marks the minutes as they pass, the event of uneventfulness shimmering out dreams of hostile takeovers, funds managed, treaties signed. Toll booths, cars, villages slide past.

Then off the highway into the winding hills. The Charisma knob beckons; I select Bentley mode. Subtly, the Speed arises from the Mulsanne’s slumber. But still, the vectors don’t line up—the car has become agitated with the pace, the curves. It politely suggests another flick of Charisma.

Immediately, the steering is heftier, the eight speeds of the transmission crisper. Ponderous is no longer apt, despite its 5,919-pound weight: the Mulsanne Speed is awake, dancing on its air suspension, continuously damping its moves. Each billet-machined directional wheel cuts its sine wave forward.

Lower, stronger, and more finely tuned, the Speed takes the Mulsanne’s mass and tests the limits of physics, acquiring pace and finding grip readily, arcing through space about its long axis. It’s no sports sedan—I won’t be up the tailpipes of a Panamera today. But the bullish athleticism, the raw power-lifter force, is apparent.

Dropping back into civilization, back into Bentley mode, back into serenity, up the quaint Fredericksburg streets, past an unlikely naval museum, the Speed is once again enveloped by the Mulsanne. I arrive with a sense of arrival.

But back to that lairy scene: Hours later, farther into hill country, artisanal glass-blowing the next scheduled tableau. A quiet back road. A long, clear view. The only rear-drive Bentley in production. A functional traction control button—properly disengaged. Throttle and brake carefully balanced.

Six-and-three-quarter liters rumble, rise to a muted roar, the only vibration sensed through my right foot. The turbine-spin-up song of tires on damp asphalt.

No gauche billows, no mosquito-killing clouds. Just a thick blue haze, viewed in the side mirror, a stupid grin reflected back.

Bentley paid for travel, food, and lodging to enable this drive report.