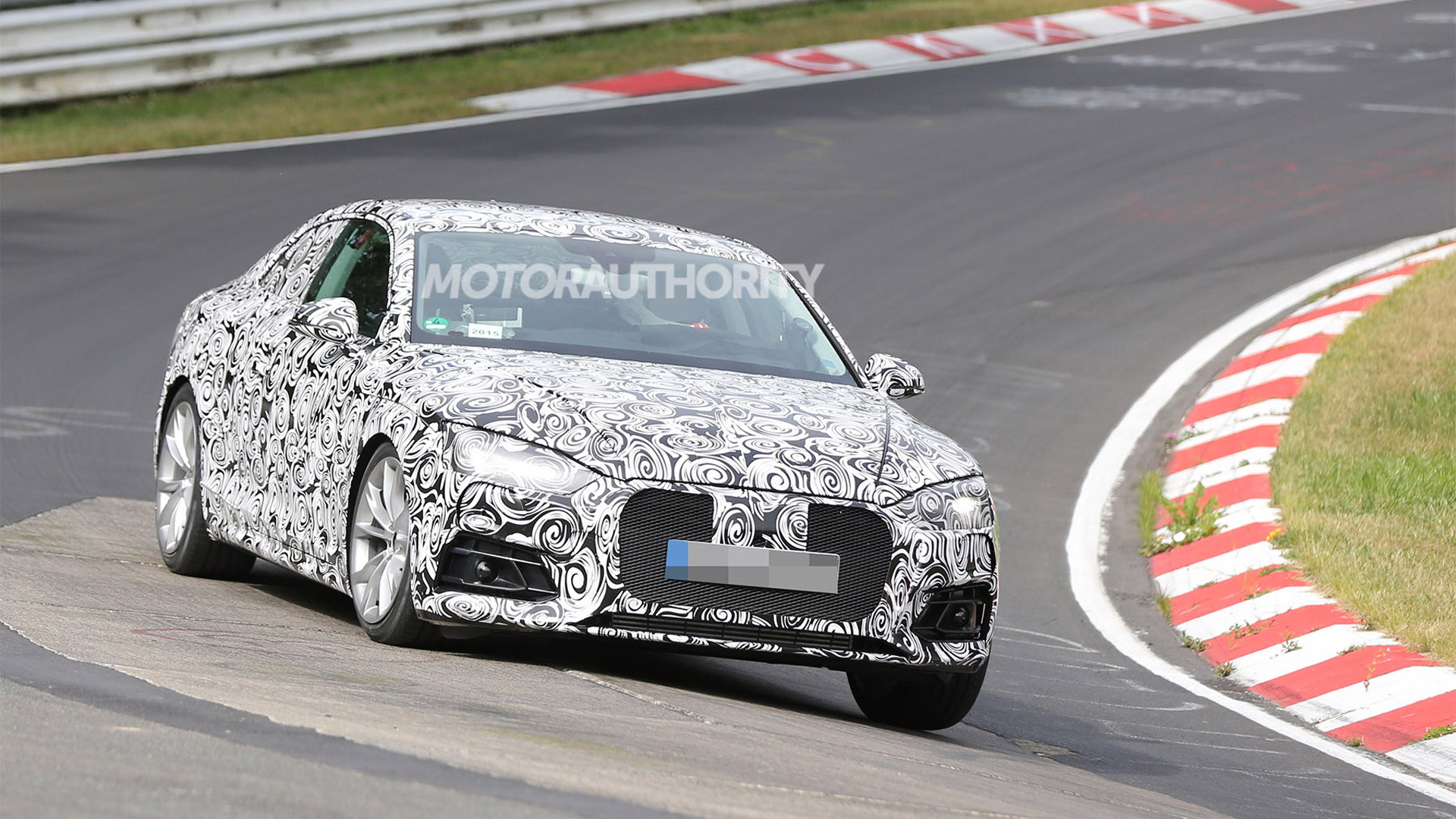 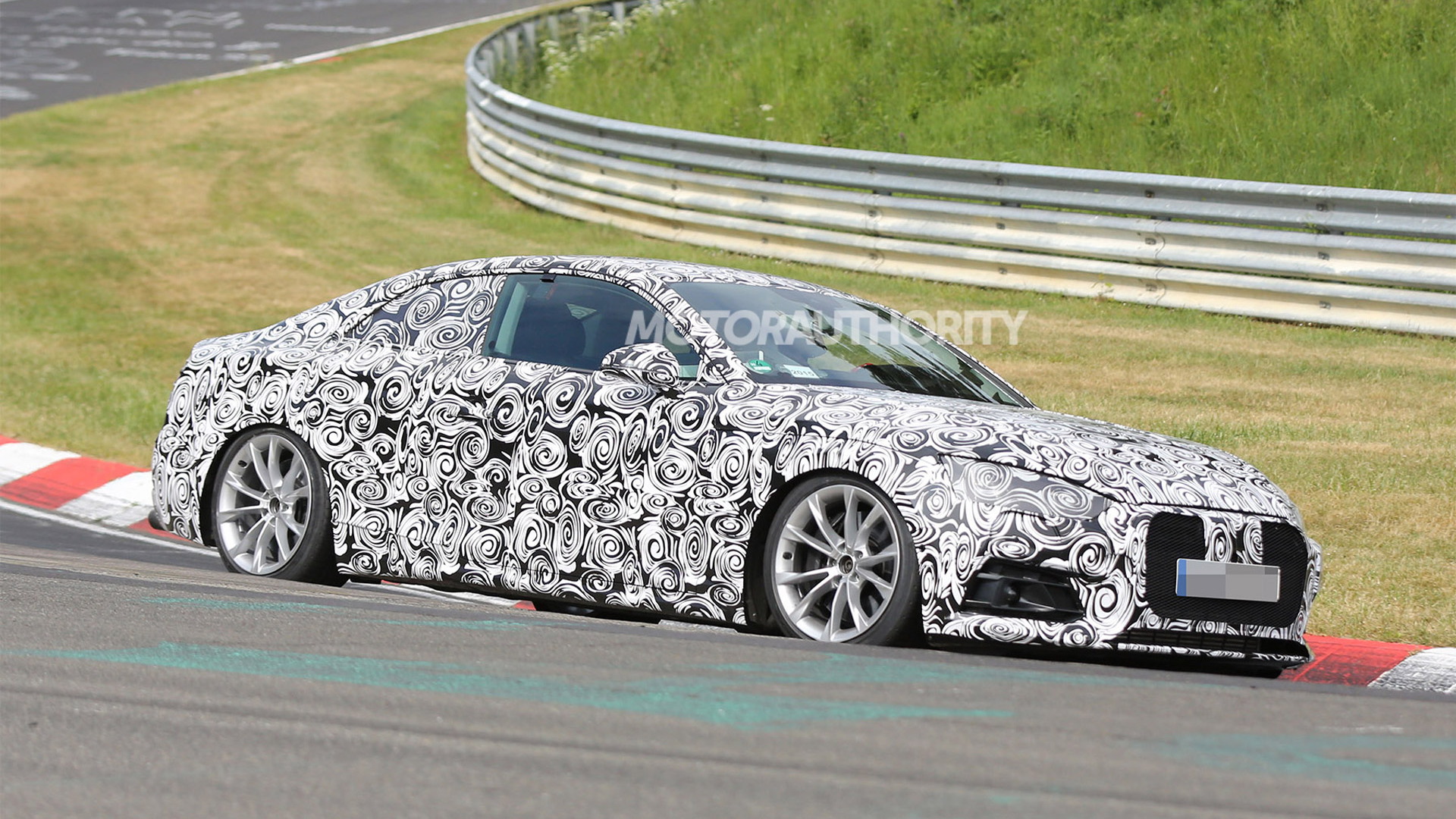 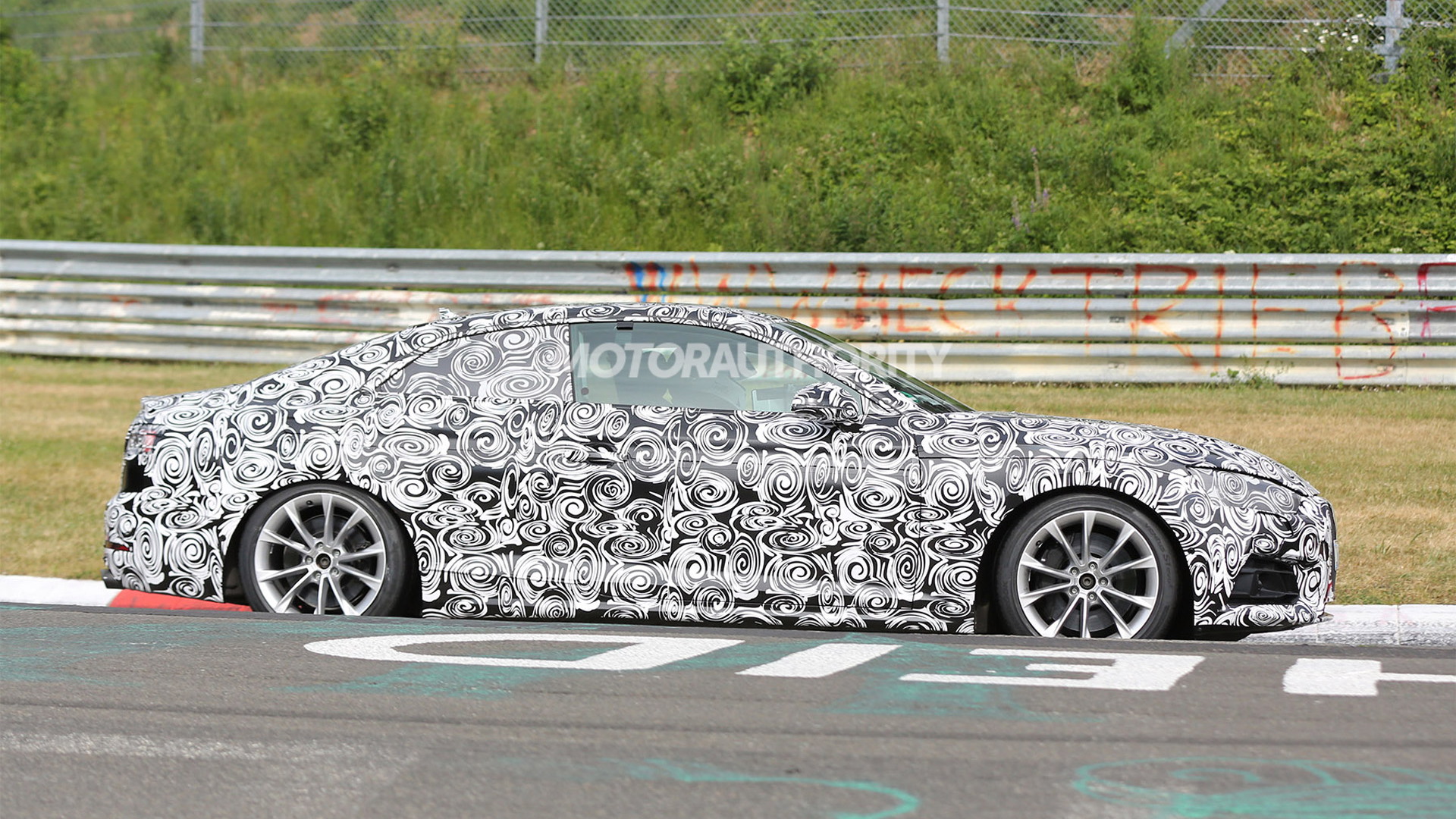 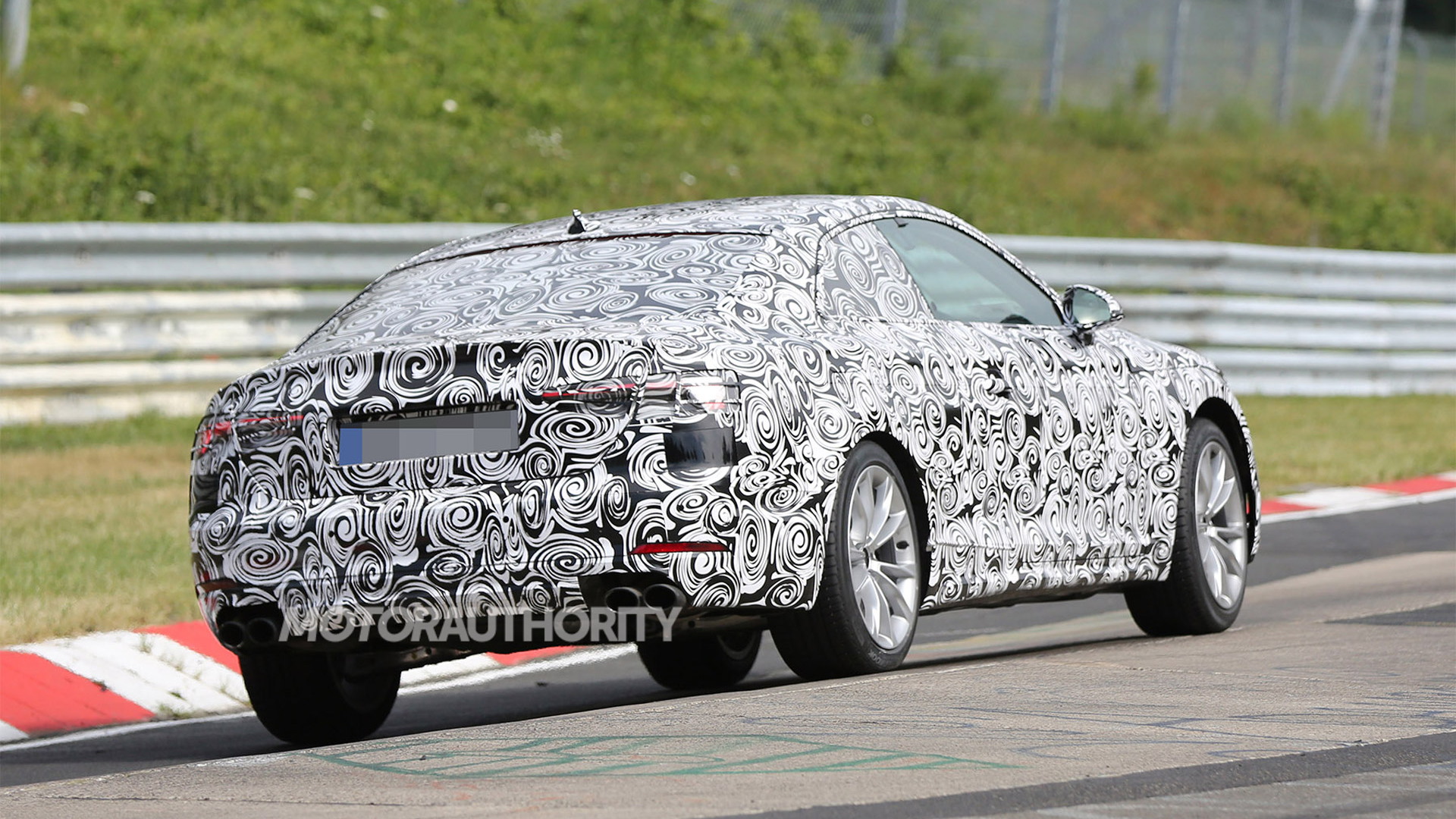 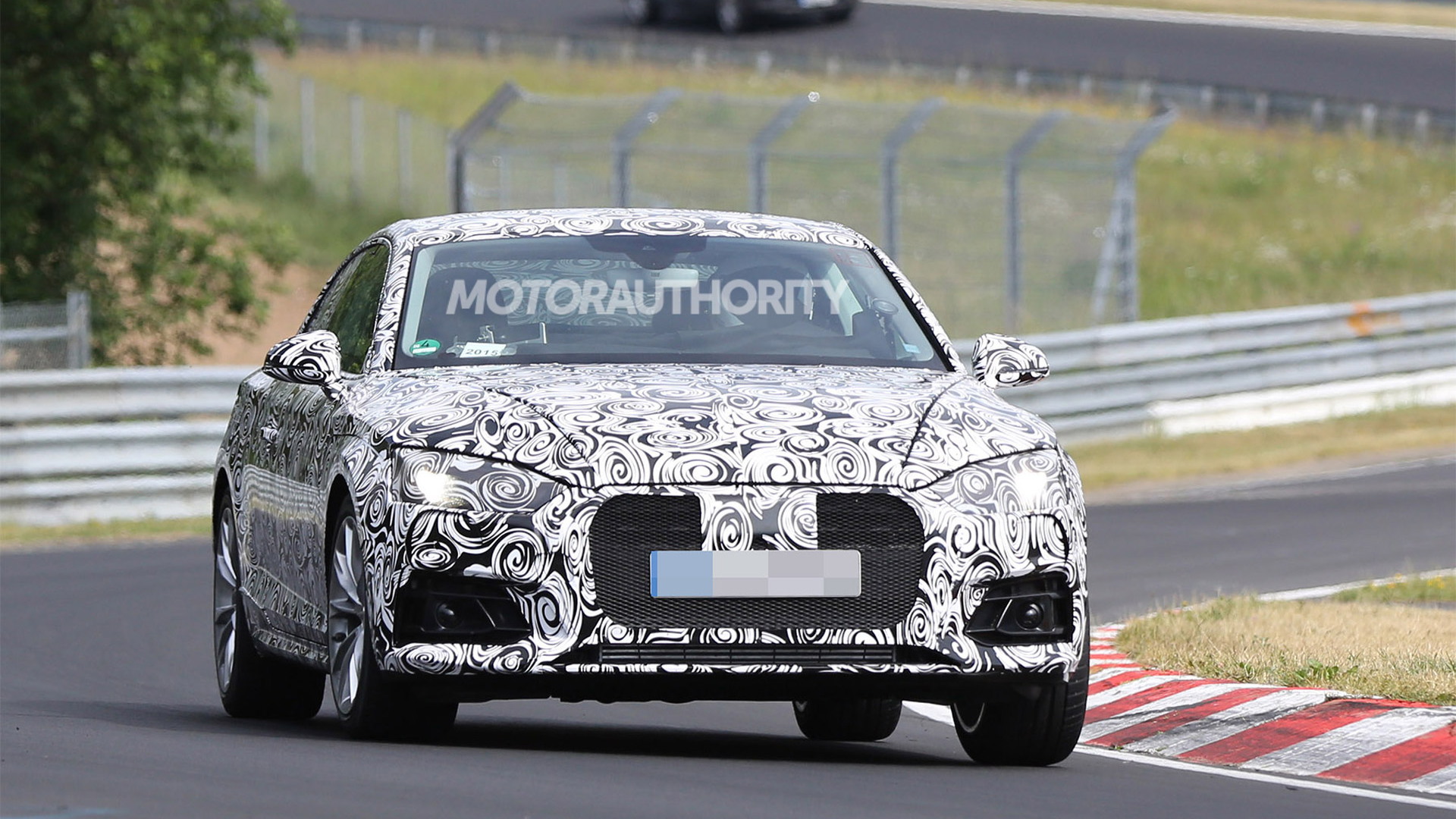 Earlier this week, we saw our first spy shots of a prototype for the second-generation Audi A5, which we’re expecting to be introduced for the 2018 model year. Now we have shots of the sporty S5 variant, which should arrive roughly the same time as the regular model.

Power is expected to come from an uprated version of the supercharged 3.0-liter V-6 found in the current S5, where it rates in at 333 horsepower and 325 pound-feet of torque. Something around 340 hp and 340 lb-ft is possible. A quattro all-wheel-drive system will be standard, while buyers should continue to have the choice of six-speed manual or seven-speed S tronic dual-clutch transmissions.

Though the new S5 looks similar in size and shape to the current model—it’s clear Audi’s design team has gone for an evolutionary look—performance should be improved substantially thanks to the car’s new platform. Called the MLB Evo and previewed in 2013’s Sport quattro concept, the new platform uses a combination of ultrahigh-strength steel, aluminum and even some composites to help get weight down—perhaps by as much as 200 pounds for the new A5 range.

Yes, we said range, because in addition to the regular A5 and this S5 model, there should be another RS 5 as well as a new e-tron plug-in hybrid model. And then there will be the additional bodystyles such as the convertible and ‘Sportback’ four-door coupe.