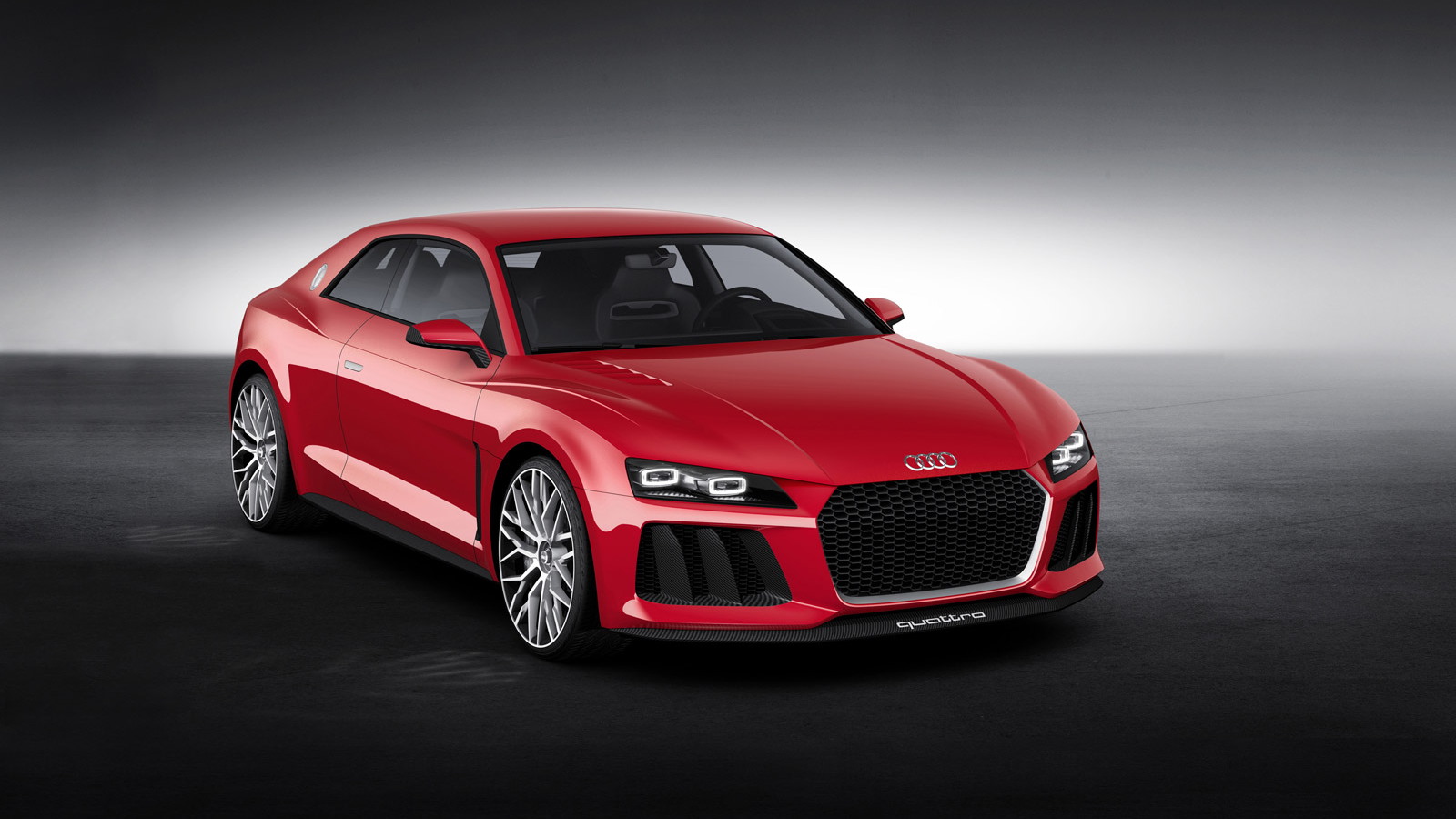 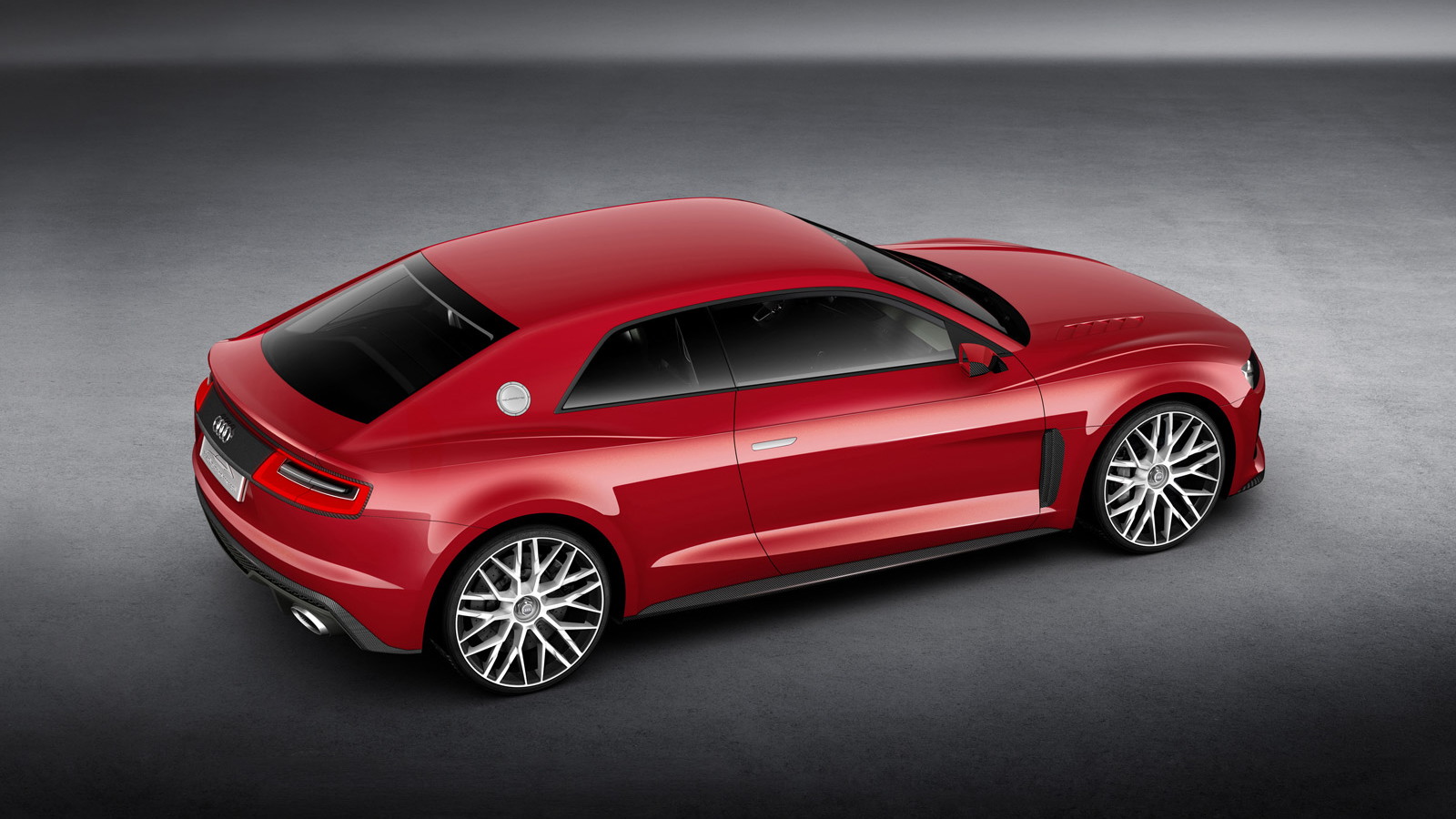 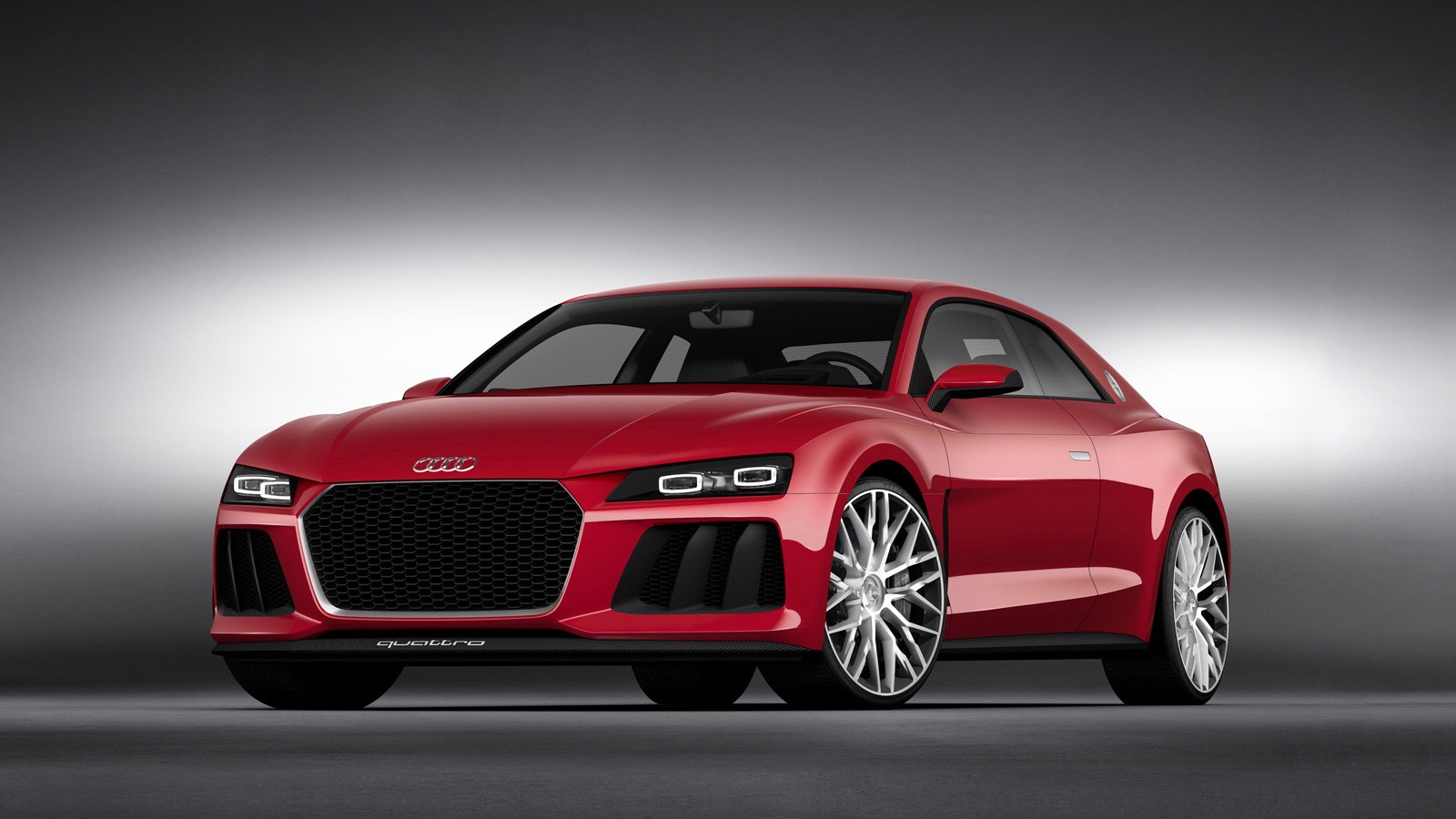 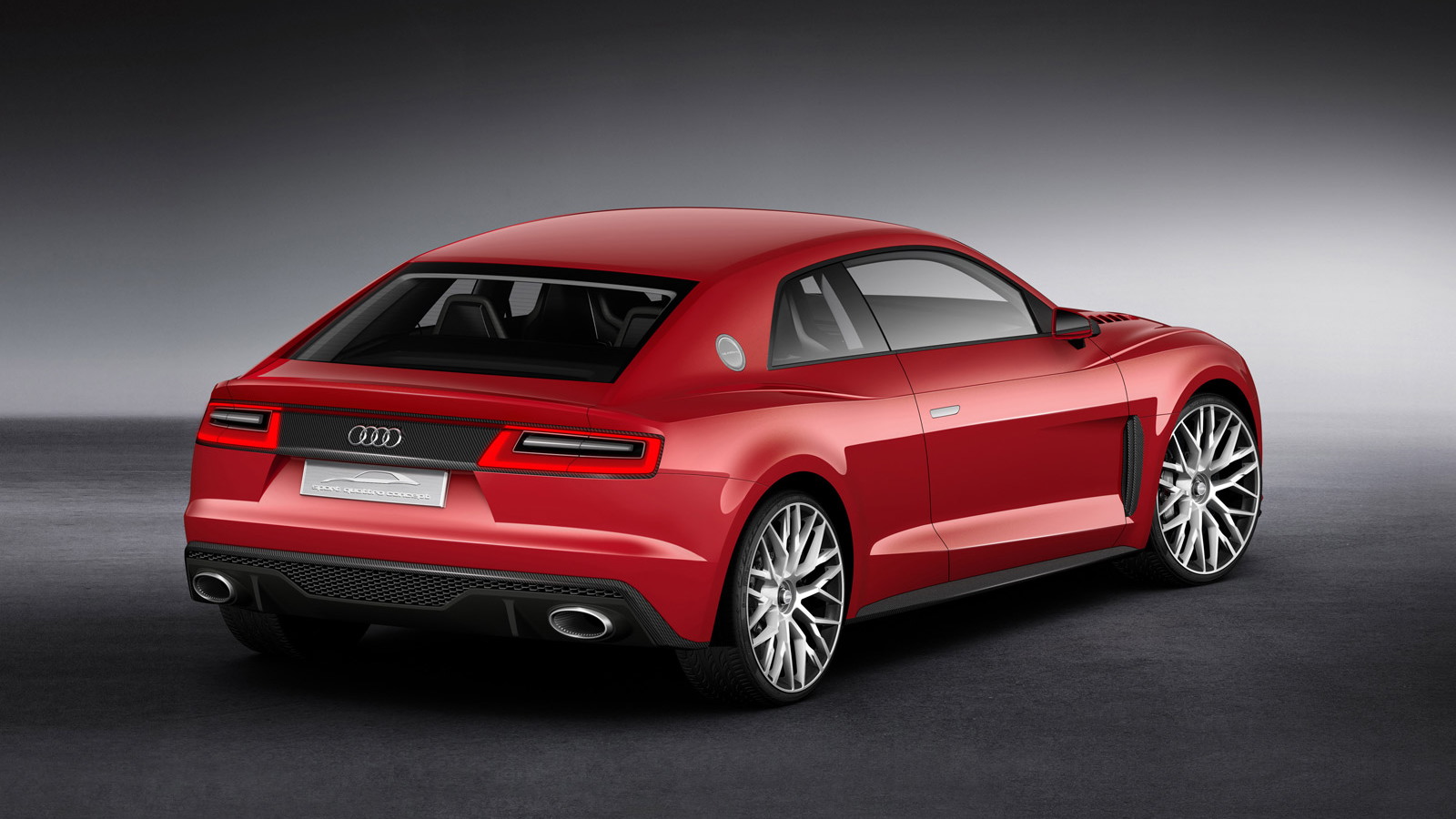 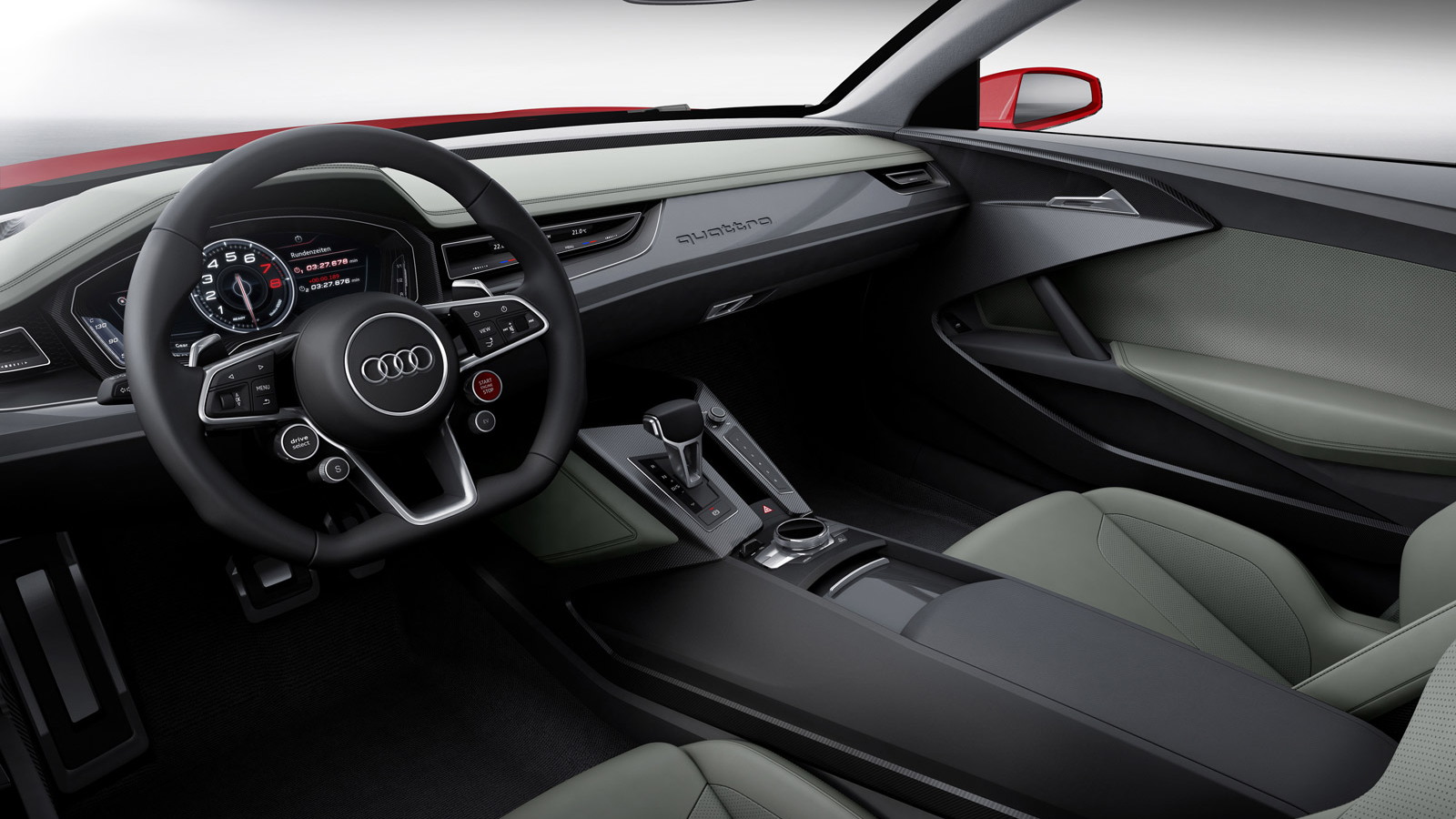 5
photos
Audi is set to debut an evolved version of its Sport quattro plug-in hybrid sports car concept at the 2014 Consumer Electronics Show in Las Vegas next week. After debuting in a bright yellow hue at the 2013 Frankfurt Auto Show last September, Audi’s Sport quattro concept has since adopted a new shade dubbed Plasma Red. The concept has also been fitted with new laser headlights.

BMW, of course, was the first automaker to experiment with laser headlights, having already announced it for its 2015 i8 plug-in hybrid sports car. Audi has fitted laser headlights to its 2014 R18 Le Mans prototype and is now showcasing them on its latest Sport quattro concept.

The headlights on the latest Sport quattro concept feature low- and high-beam functions, just like regular cars. The laser element is used for the high-beam while Audi’s LED-based Matrix Beam is used for the low-beam. The Matrix Beam uses numerous individual LEDs to split a light beam up so that the light can be directed at certain points in the road ahead.

As for the laser element, the benefits include a much smaller diode size compared to LEDs, providing designers with more flexibility when it comes to headlight design. The laser element also illuminates the road as far ahead as 500 meters (1,640 feet), which is twice the range of LEDs.

Apart from the lights, not much has changed since we last saw the Sport quattro concept. There has been talk of a production version but the concept is more likely to preview new design elements and technologies planned for other Audi models in the pipeline. In fact, Audi mentions that the bold hexagonal single-frame grille offers an outlook on future design for the automaker’s sporty production models.

Other key elements of the design include the sharp contours and muscular surfaces. According to Audi, the interplay between convex and concave curvatures defines the athletic character of the concept. Another defining element of the concept is its carbon fiber rear diffuser. Its upper section is honeycombed, while its lower section houses two large, oval tailpipes.

Drive in the Sport quattro concept comes from a plug-in hybrid drivetrain consisting of a twin-turbocharged 4.0-liter V-8 and tiptronic eight-speed auto to which a disc-shaped electronic motor is attached. The setup is good for 700 horsepower and 590 pound-feet of total system output. This allows the four-seater coupe to sprint from 0-62 mph in just 3.7 seconds and reach a top speed of 190 mph, which is not bad considering it weighs a hefty 4,079 pounds. Audi also states that the concept’s fuel economy for the European combined cycle is a staggering 94 mpg, though real world figures are likely to be much lower. The electric-only driving range is approximately 31 miles.

The interior of the Audi Sport quattro concept focuses very much on the driver and also points at solutions planned for future production models. The steering wheel, for example, has two buttons which the driver can use to control the hybrid drive, a red start-stop button, a button for the Audi drive select vehicle handling system and a button to control the concept’s interface.

All key information is shown on the large display with 3D graphics located behind the steering wheel. The driver can switch between different modes. For example, in the MMI mode the dominant display elements include the navigation map and media lists, while in the Classic view the speedometer appears in the foreground.

Finally, the chassis gives us an idea of what to expect for future Audi production models as well. It features a combination of ultrahigh-strength steel, aluminum and carbon fiber reinforced plastic elements. The front suspension is comprised of five links per wheel, while the rear suspension is based on the self-tracking trapezoidal link principle coveted by Audi.

The 2014 CES runs from January 6 to 10 in Last Vegas. You can access more of our coverage of the event by clicking here.