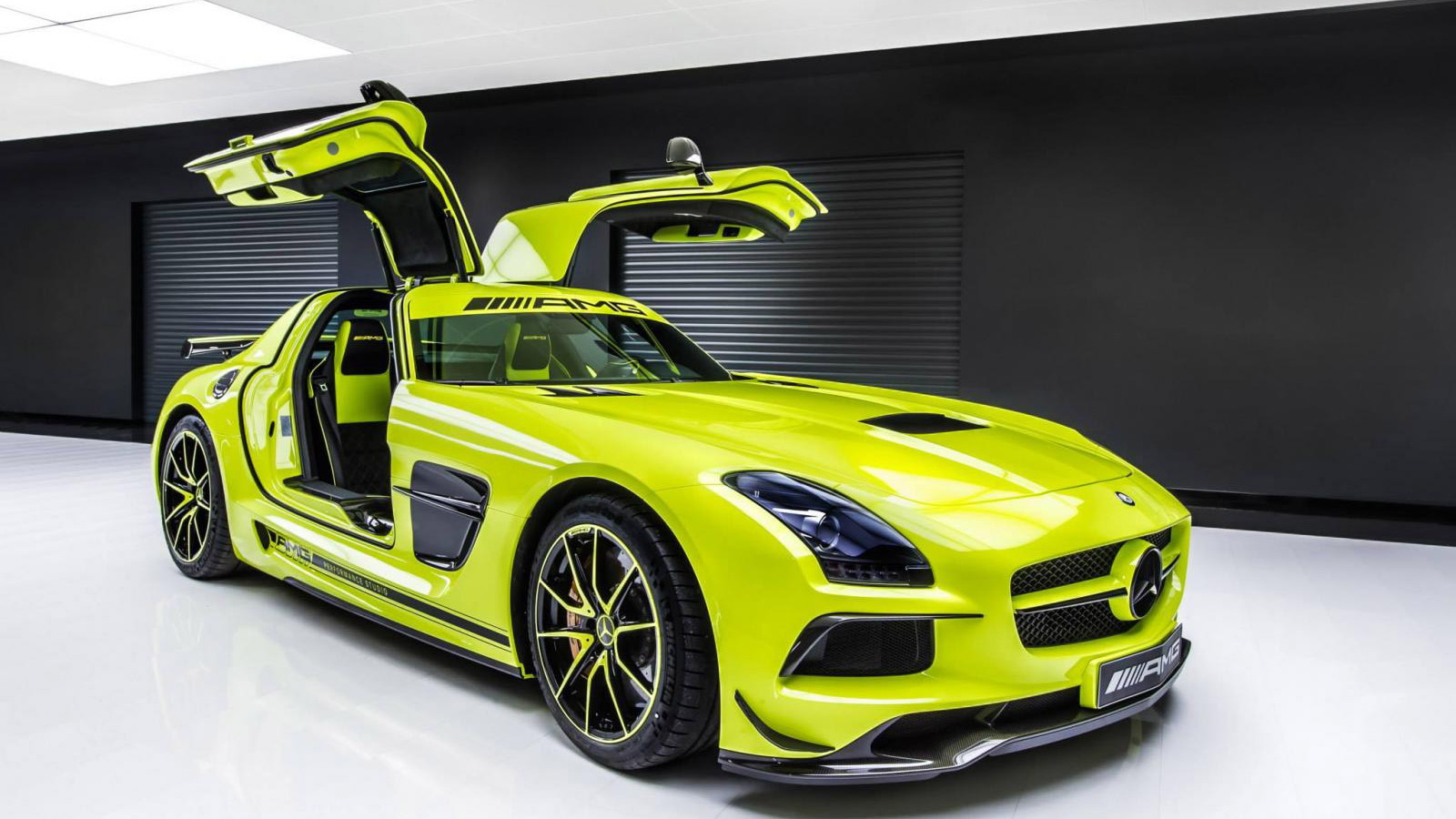 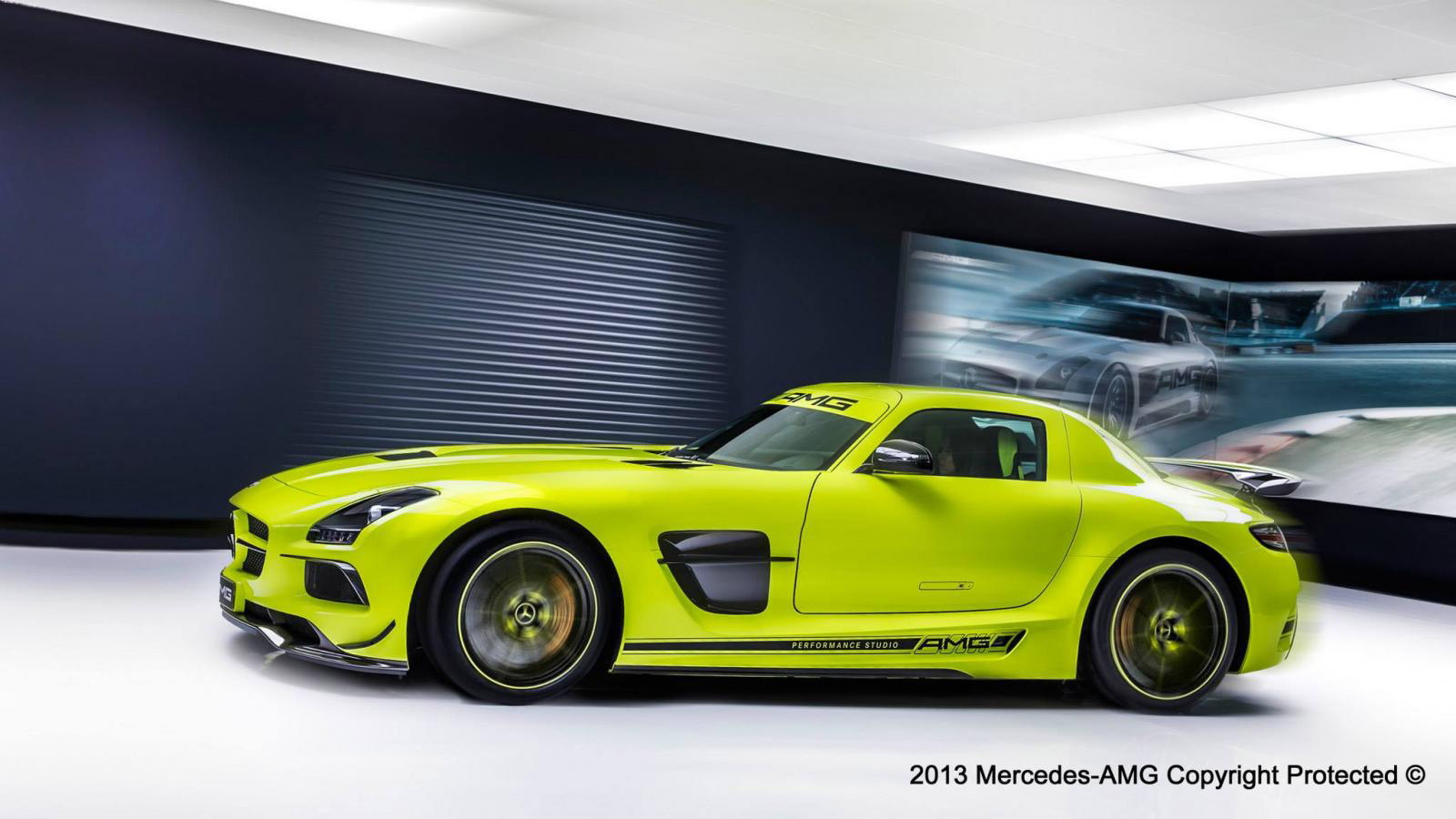 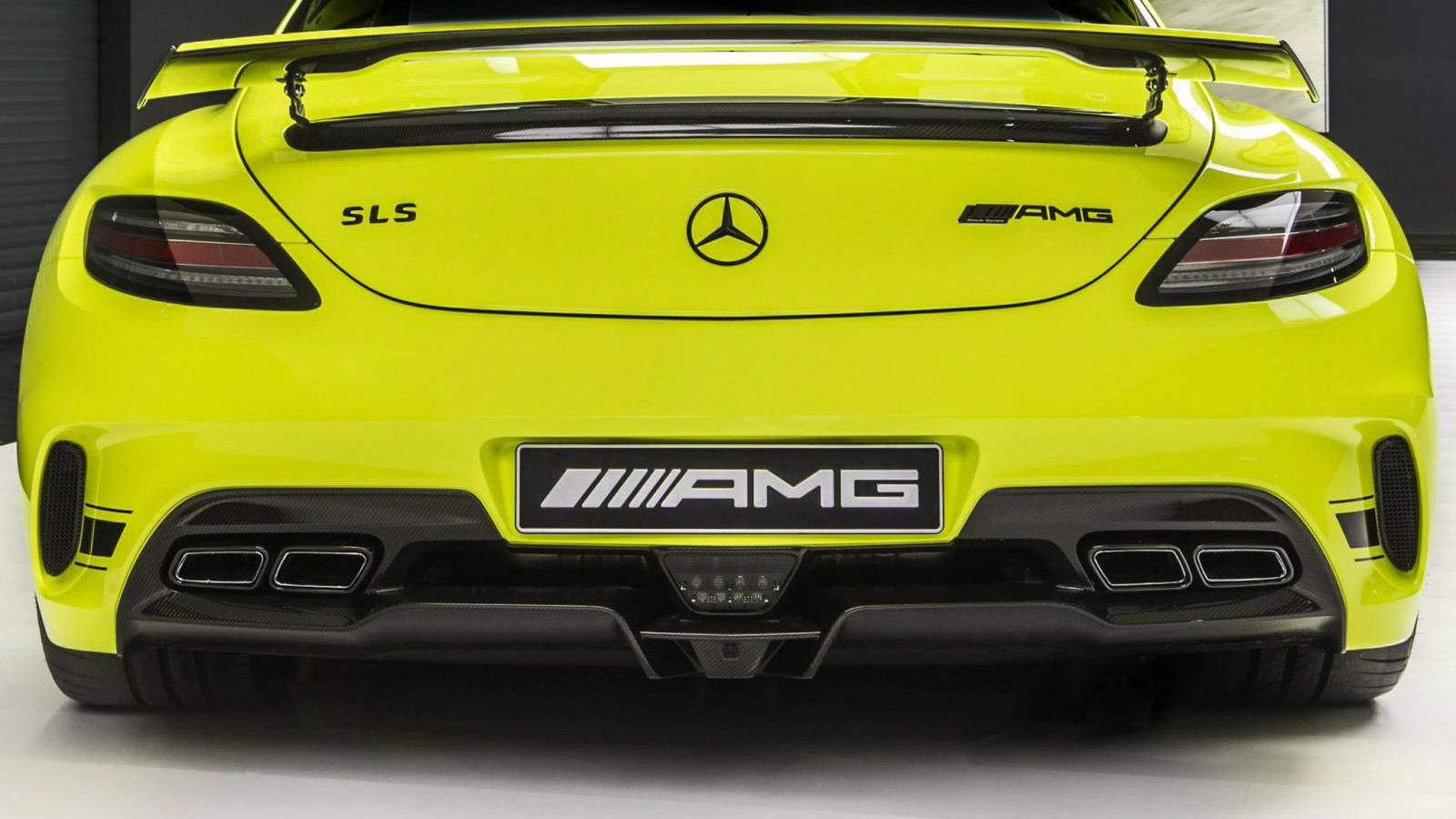 3
photos
AMG is the latest to join the personalization craze among purveyors of luxury and performance autos, with the official Mercedes-Benz tuner showcasing its potential with a bespoke SLS AMG Black Series. The striking sports car was personalized by its owner through the AMG Performance Studio.

Full details will be released later this month, but what we do know about the SLS AMG Black Series is that the car is powered by AMG’s venerable 6.2-liter V-8 engine, which in this application has been tuned to deliver 631 horsepower and 468 pound-feet of torque. This enables the car to accelerate from 0-60 mph in 3.5 seconds and reach a top speed of 196 mph.

AMG is asking its fans via Facebook what the new paint should be called, so if you have a good idea it may end up being selected.  You can visit the Facebook here to add a suggestion, where you will also be treated to more photos of this bespoke SLS AMG Black Series.

For more on the SLS AMG Black Series, check out our first drive report.