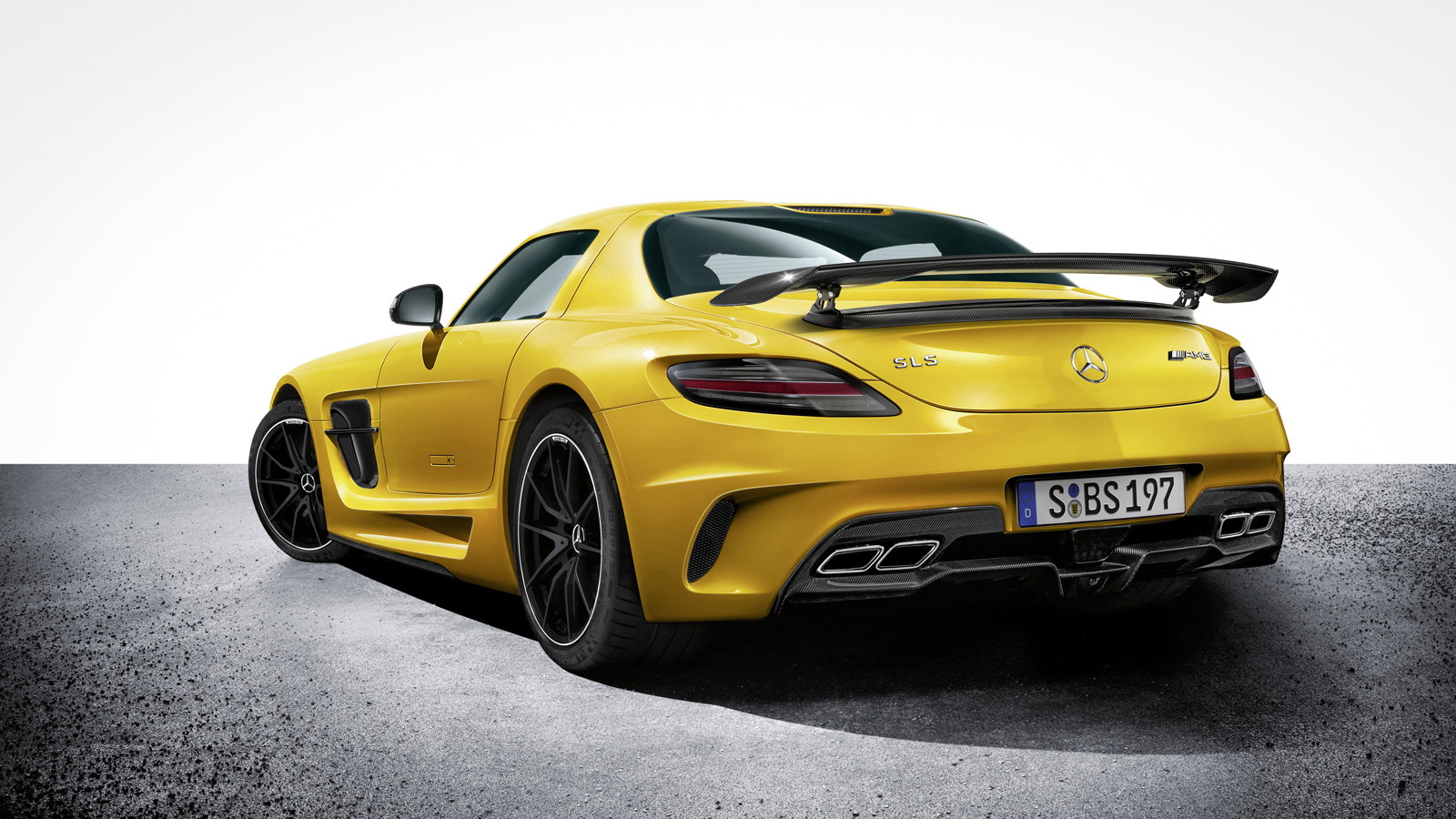 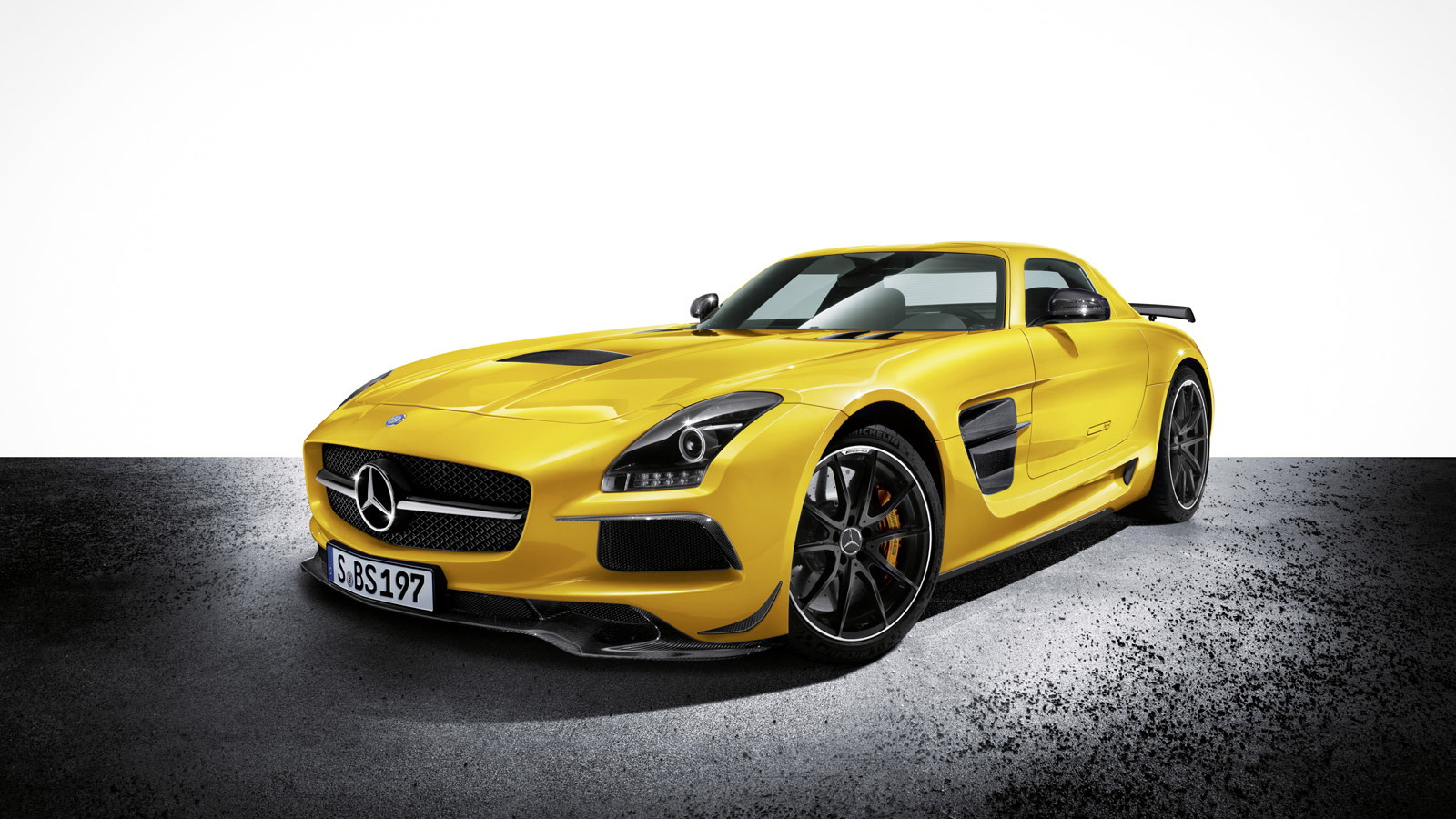 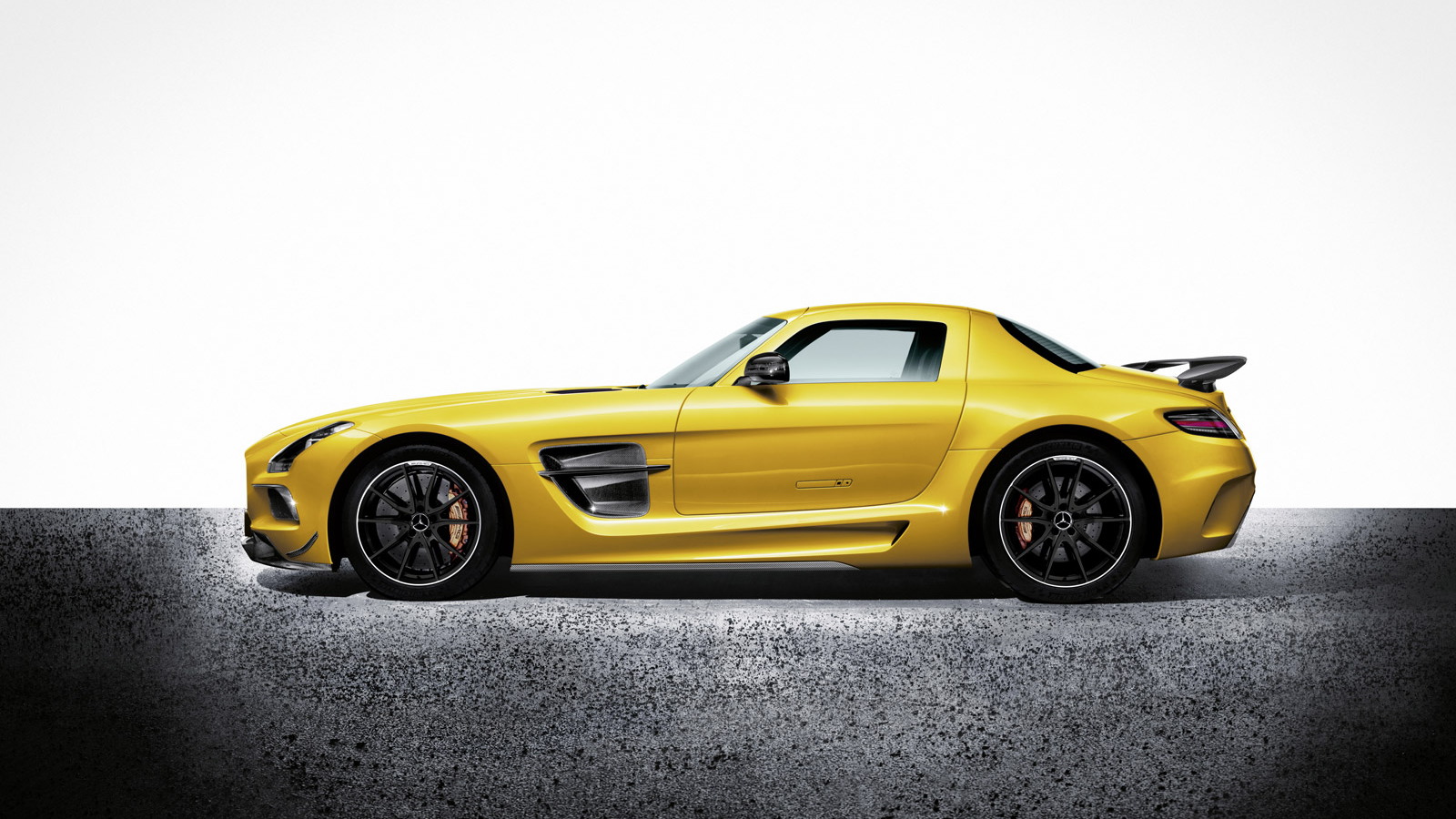 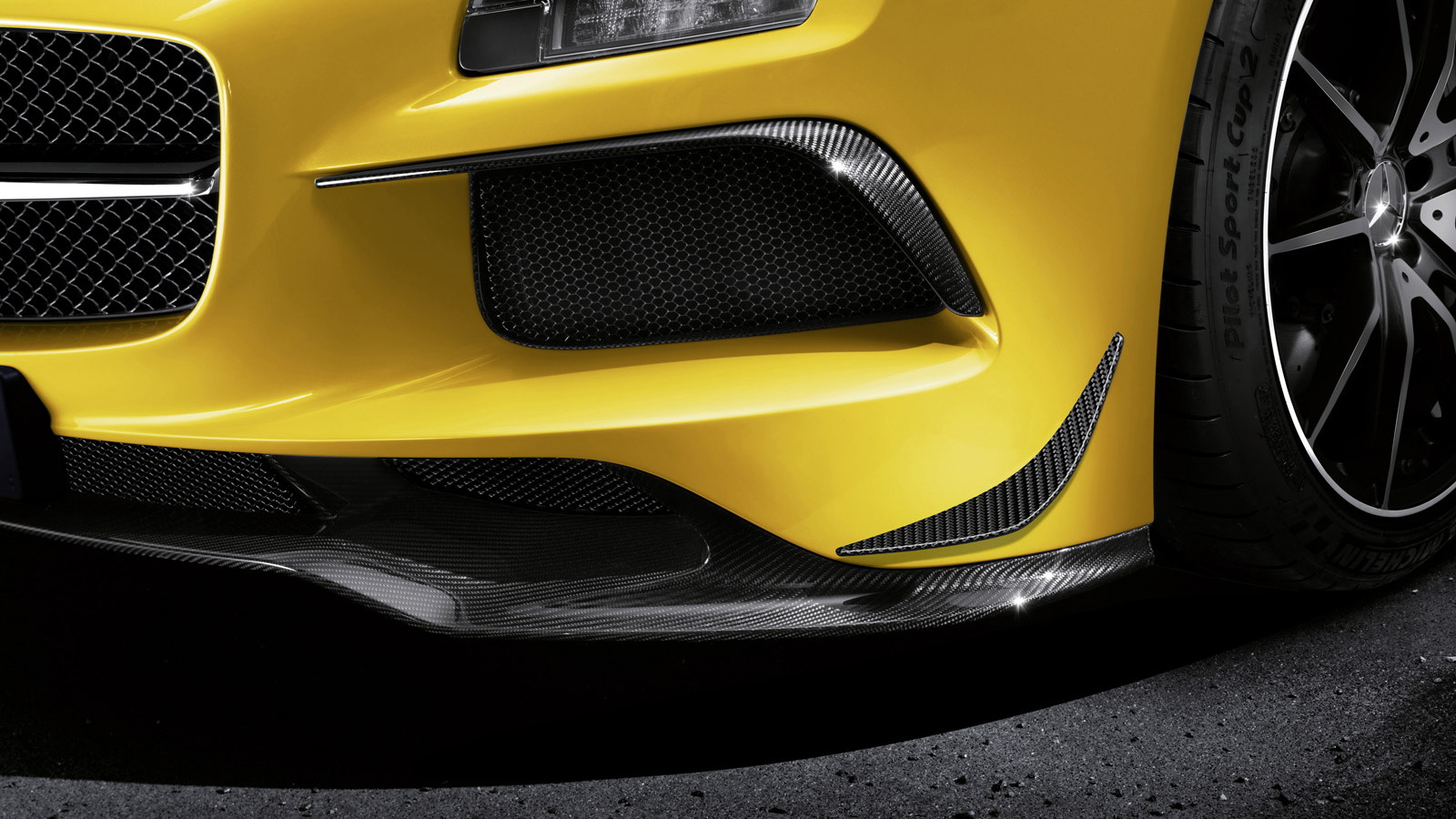 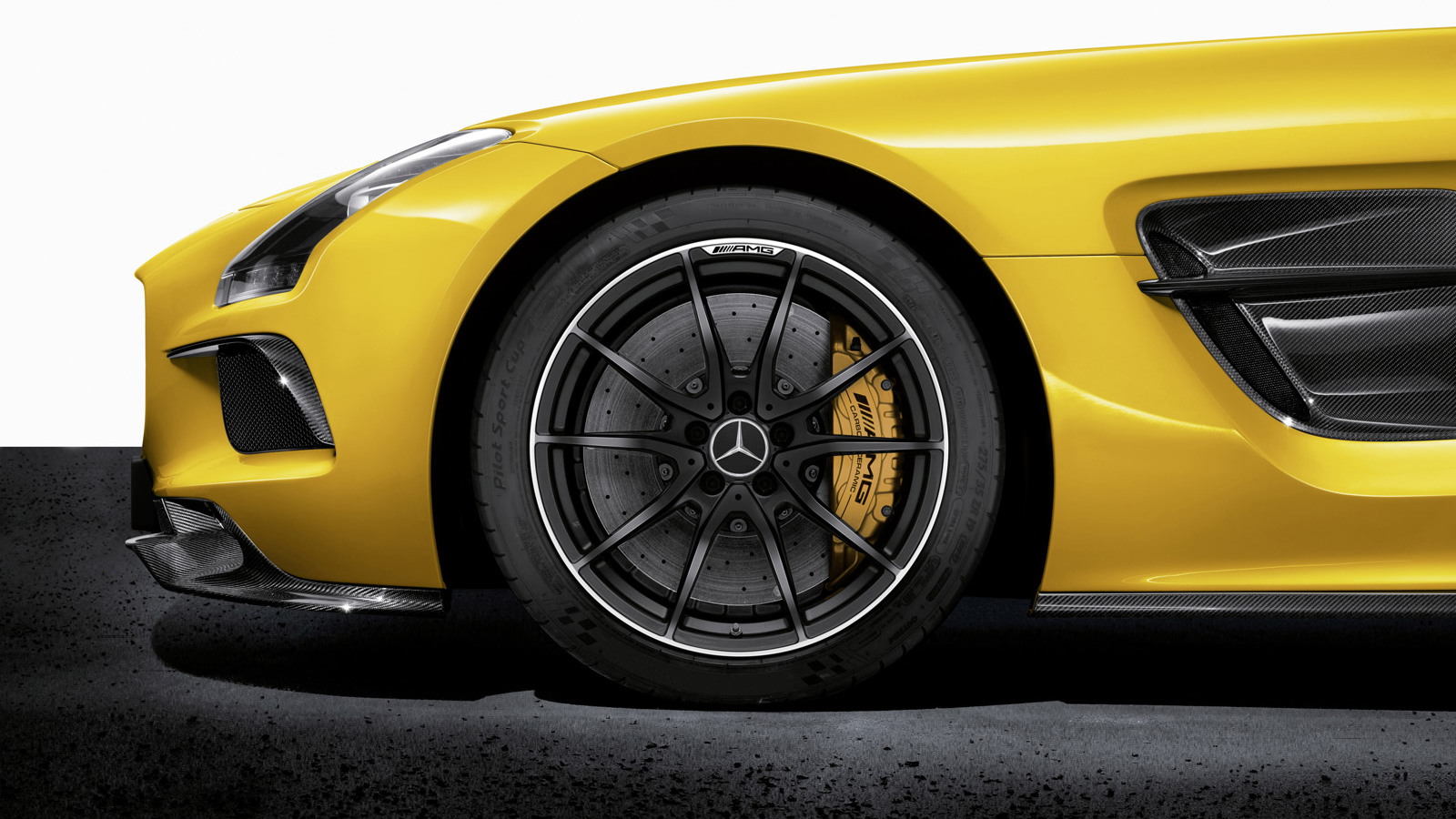 23
photos
If you’re mad enough to think the regular SLS AMG and its 563 horsepower is a little lacking, the people at AMG, official tuner to Mercedes-Benz, has something that will blow you away. They have revealed the new 2014 Mercedes-Benz SLS AMG Black Series, which not only brings more power to the table but also less weight in order to eliminate any suggestion that their latest effort is anything less than a fully-fledged supercar.

Powering the new car is AMG’s venerable 6.2-liter V-8 engine, which in its latest application--and possibly its last--has been tuned to deliver 631 horsepower and 468 pound-feet of torque. The extra power is courtesy of new camshafts and intakes for better breathing, as well as improved oil and water cooling.

Strangely, the torque figure is slightly down on the 479 pound-feet found in the regular SLS AMG, though perhaps AMG has learnt some lessons from its previous SL65 AMG Black Series, whose 661 horsepower and 738 pound-feet of torque proved too unwieldy for many.

While we’re sure the power addicts out there would have been hoping for more, AMG has ensured performance of its new SLS AMG Black Series will be considerably better than its previous models thanks to several key upgrades.

Plenty of carbon fiber and a titanium exhaust system have helped lower the SLS AMG’s weight 154 pounds to a new total of 3,417 pounds. That’s not exactly light though the weight difference should certainly be noticeable.

Other changes include faster gear shifts and a repositioning of the AMG SPEEDSHIFT seven-speed dual-clutch gearbox, which now sits 10 millimeters lower to improve the car’s center of gravity. This is in addition to a new carbon driveshaft, an electronic rear differential lock, and adjustable suspension.

The car's track has also been increased, with the front being stretched 20 millimeters and the rear by 24 millimeters. This necessitated the wide-body kit on the SLS AMG Black Series, which has been designed to improve downforce though hampers drag efficiency--AMG is seeking improved track performance rather than outright speed.

Inside, designers have removed the COMAND interface, saving more weight, and replaced much of the dash with lighter carbon fiber. An Alcantara steering wheel and special red stitching signifies this is the Black Series version of the SLS AMG.

Stay tuned for the 2014 Mercedes-Benz SLS AMG Black Series’ world debut at the 2012 Los Angeles Auto Show later this month, with sales to commence next summer.