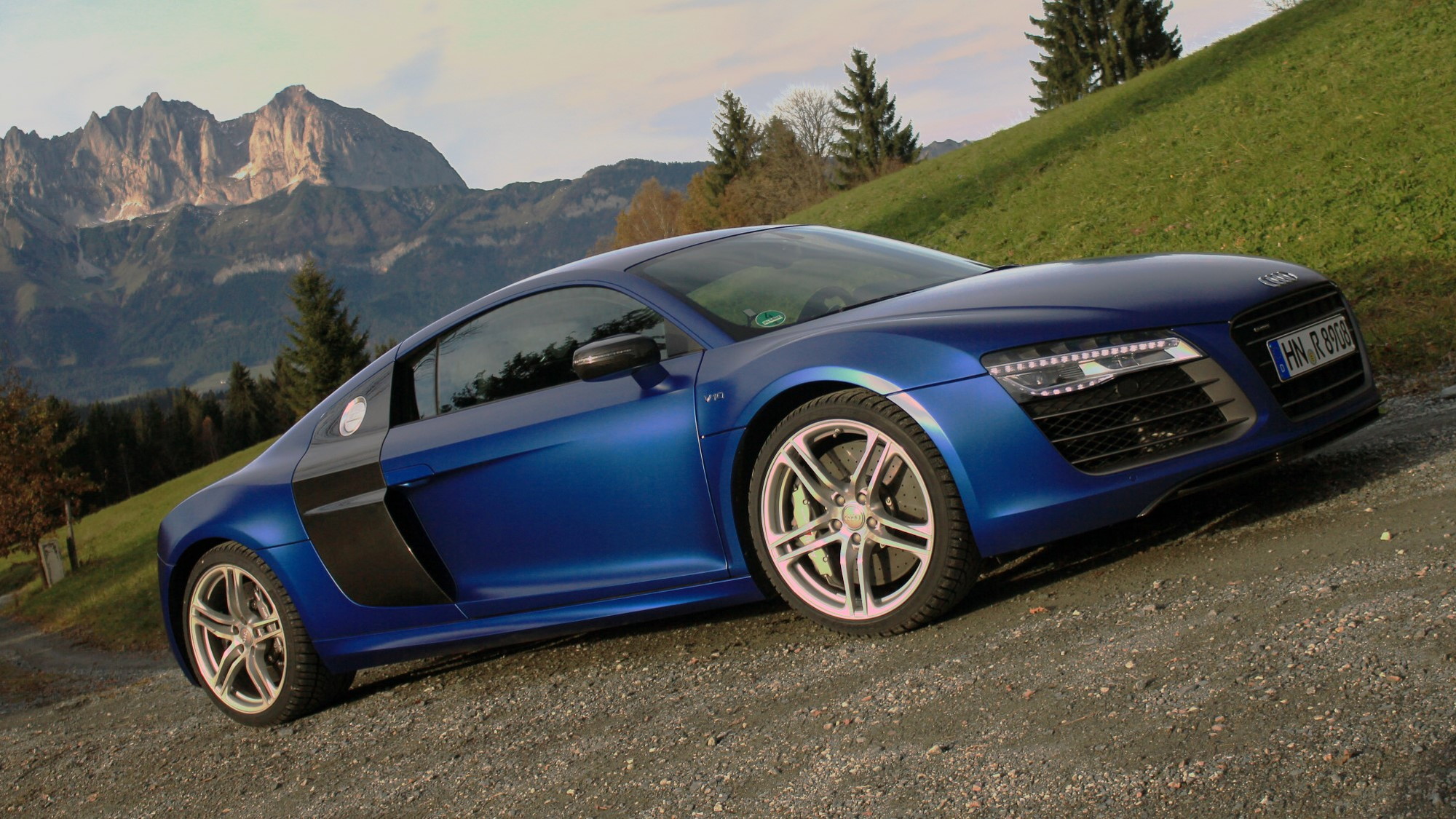 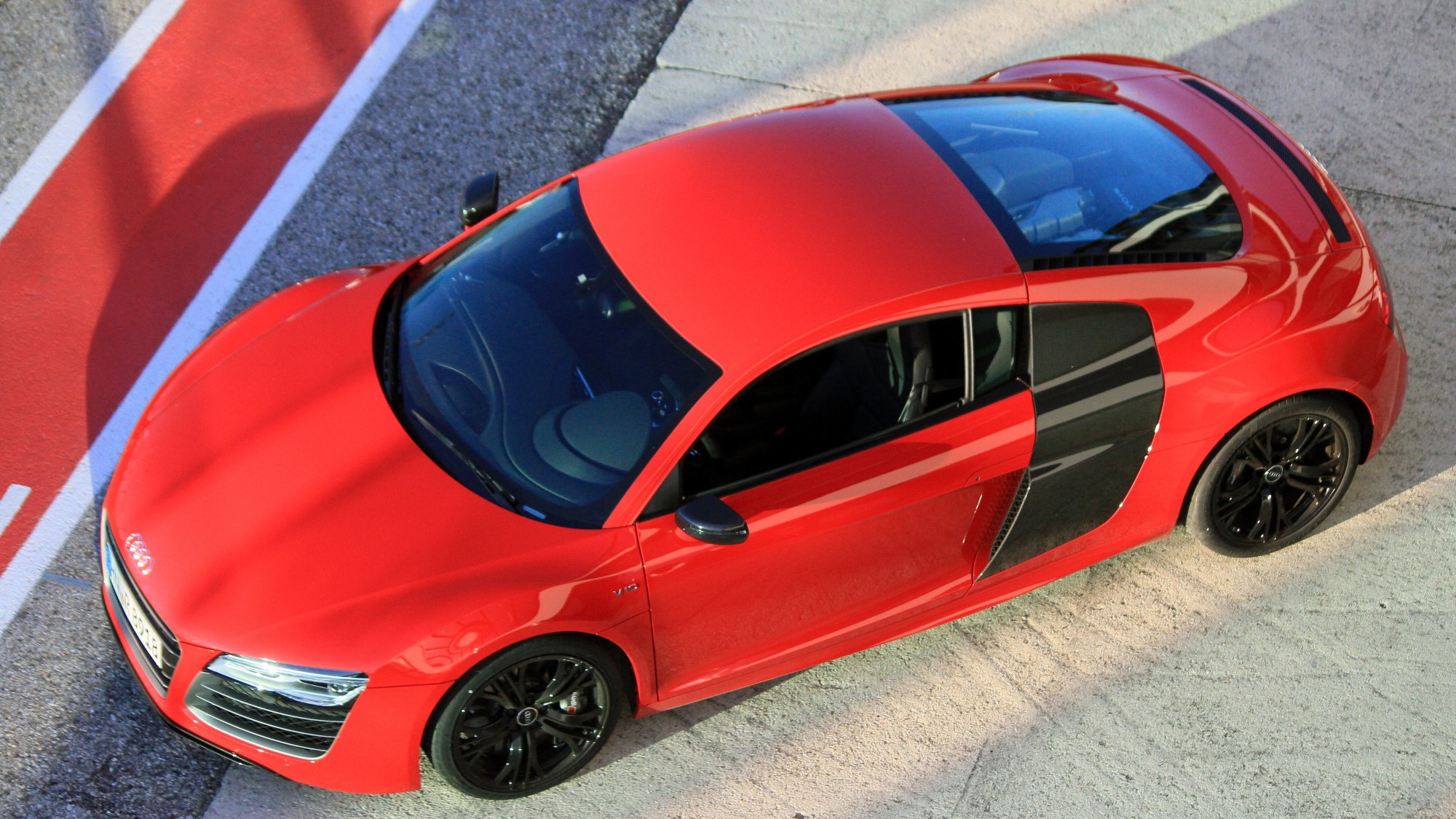 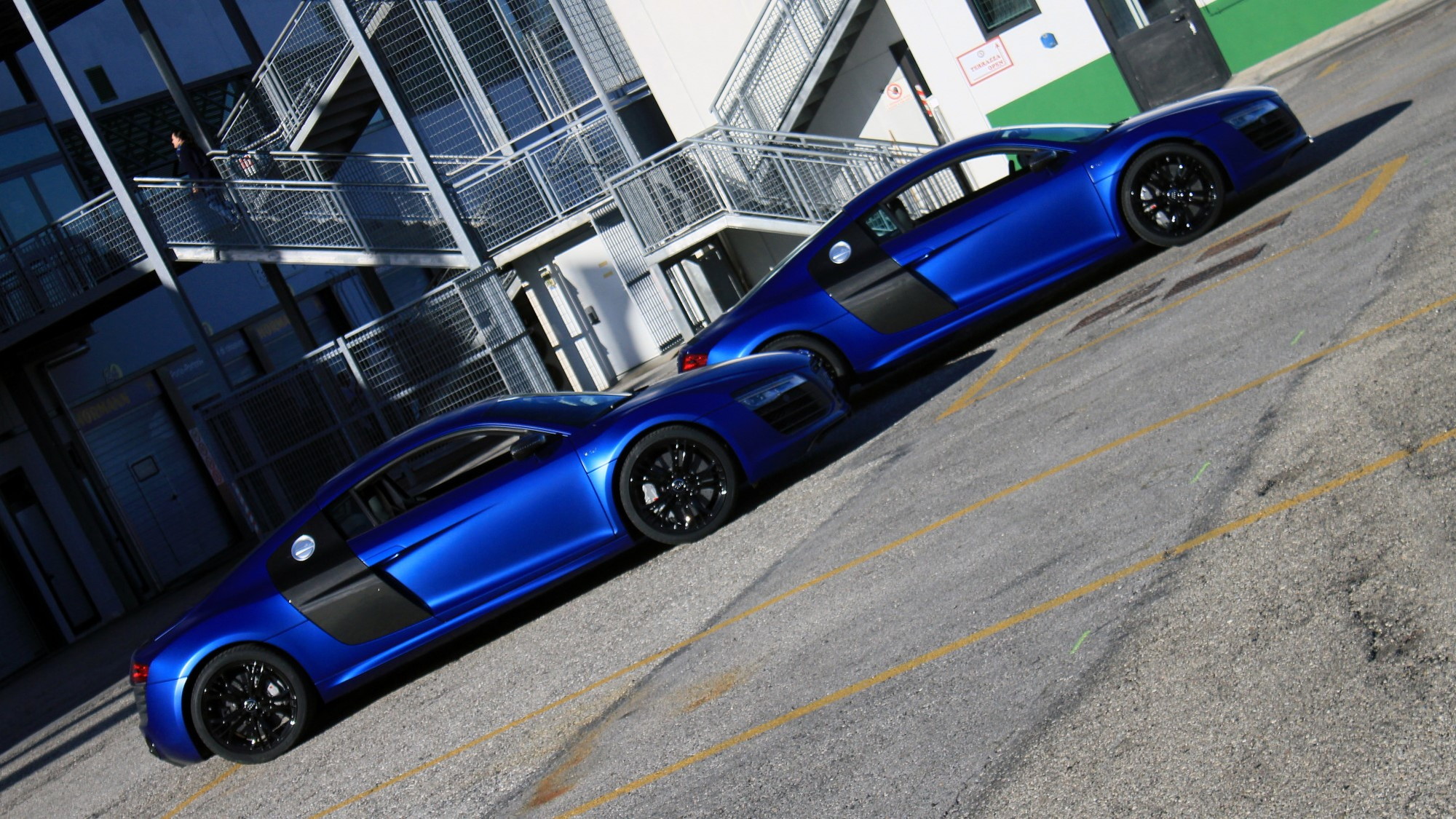 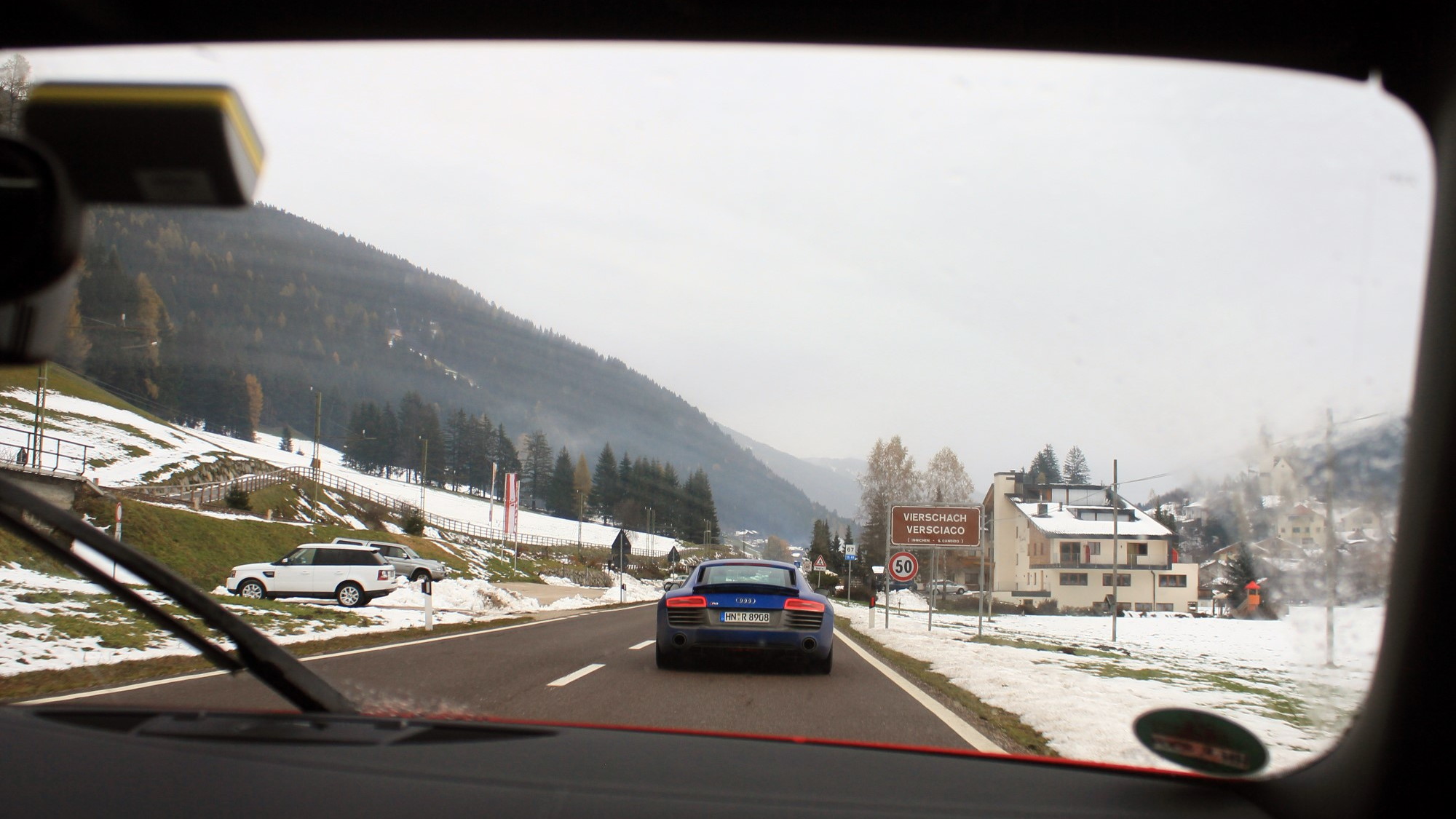 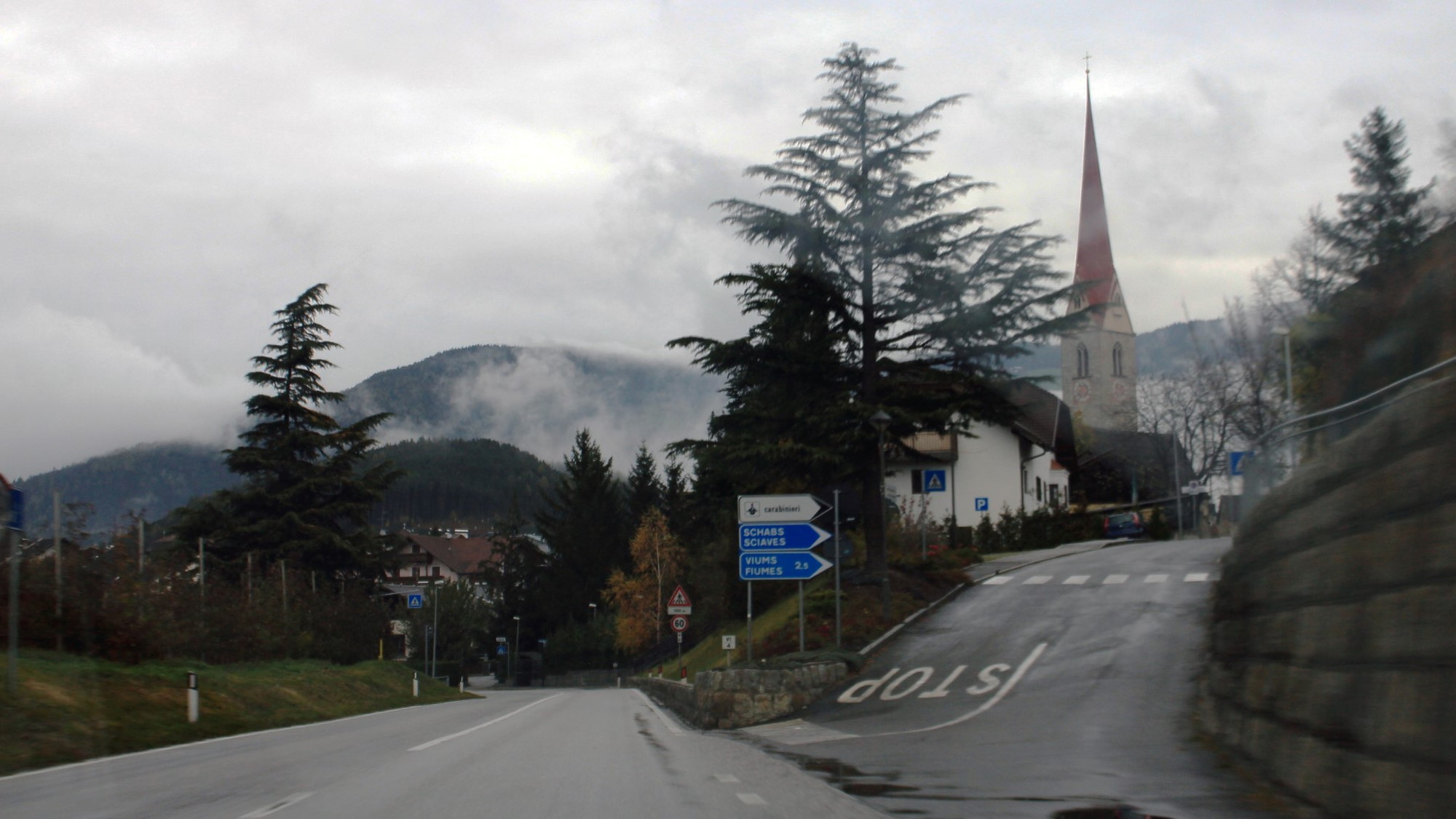 61
photos
There are many reasons why the friends of those of us lucky enough to write about cars profess to hate and envy us. Most of them are completely valid.

Driving a passel of brand-new 2014 Audi R8s, including the new V10 Plus model, on track in northern Italy and over the Alps is just one of the better ones.

Why? Because even aside from the stunning scenery, tortuous mountain ascents, and blazing high-speed tunnel and autobahn runs, the car itself is, mostly, fantastic. Let the hating commence. I'm OK with it. Hell, I deserve it.

Our first introduction to the car was at the Misano World Circuit, famous for its place on the Moto GP calendar, and now renamed after the late Marco Simoncelli. For cars, it's a tight, quick track with devilishly shaped corners and surprisingly fast not-quite-straights. In other words, it's a good place to assess a car's handling.

Audi only loosed us in the R8 V10 Plus on track, and then only in models equipped with the new dual-clutch seven-speed transmission. Both of those factors are very good things.

The new R8 V10 Plus is now the highest-performance R8 available, short of the previous (and even more hardcore) R8 GT. Splitting the difference between the R8 V10 and the GT in some ways, the new Plus model adds 25 horsepower and 8 pound-feet of torque to the V10's 525/390 total. While that might not sound like much, it's immediately noticeable in the car, as the quick-revving V-10 engine and lightning-quick dual-clutch gearbox send it into action. 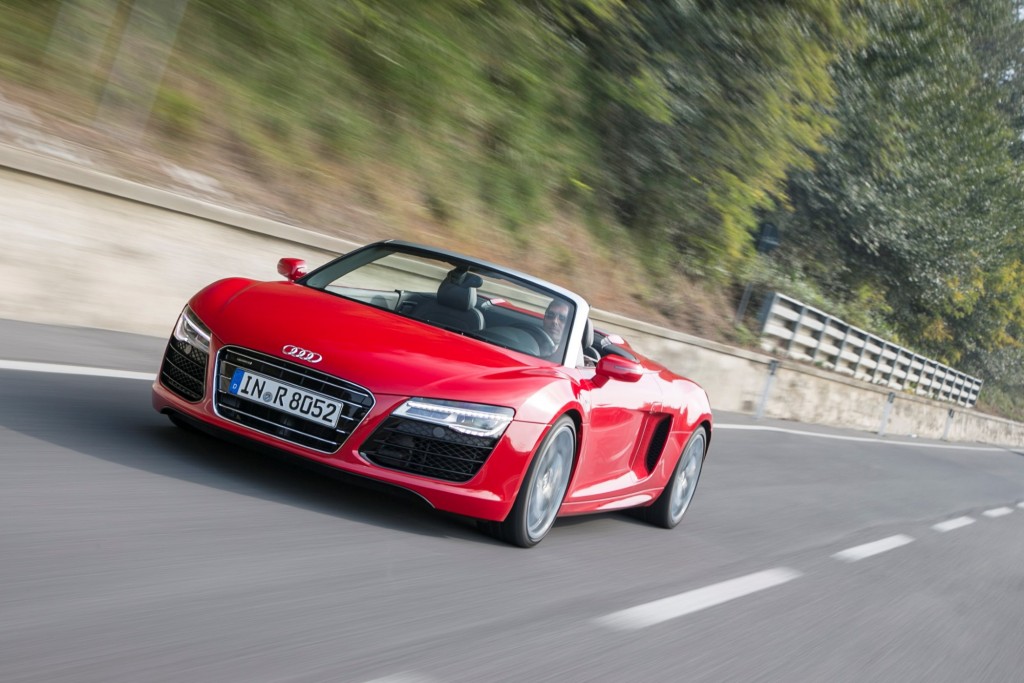 That dual-clutch gearbox is really the highlight of the track experience, and fortunately, it's not limited to the new V10 Plus--it's found in all R8s for 2014 (Audi almost called this the 2013 R8, though, only changing the designation as we crossed the Alps). Snapping off Porsche-quick upshifts and Porsche-prescient downshifts in automatic mode, you'd swear there has been some cross-pollination with the brand's VW Group cohorts--but Audi swears it's entirely its own design. Either way, it's really quite brilliant. In manual mode it simply does what you want it to, holding gears or producing perfect rev-matched downshifts on demand. It's everything the balky R Tronic automatic before it was not.

For those of you who just can't give up your three-pedal arrangement even in the face of better lap times and greater around-town convenience, fear not: there's a six-speed manual offered in every model as well. Audi expects about 40 percent of its American buyers to row their own gears, but we didn't get a chance to test it on our drive over the Alps.

With the brilliance of the dual-clutch transmission taking the starring role on track, the 5.2-liter V10 engine of the Plus was almost relegated to an afterthought--that is, until the third lap, when, more accustomed to the track and the car, I ripped off a quick set of downshifts entering a hard braking zone and was almost startled out of my seat by the roar of the 550-horsepower monster right behind my head. But does the bite match the bark?

For the most part, yes. Squirming quite a lot under threshold/ABS braking with the hugely powerful ceramic brakes, the rear trying to catch the front yet remaining controllable, transition into the corner is easy, with the R8 readily pointing in and even rotating at mid corner. Response to trail braking and, in higher-speed corners, trailing throttle, is just about perfect. At corner exit, the limited-slip rear differential hooks up, slinging the car forward with little drama--but being too eager too early with the throttle can yield quite a lot of understeer as the car's 43:57 front:rear weight distribution and two-inch narrower front wheels answer to the laws of physics.

But there's a lot more to the R8 than its on-track performance. Leaving Misano, we spent two days headed out of northern Italy going up one side of the Alps, through Austria, and down the other into Munich. If you've never driven these mountain roads, you should find a way to make it happen. It's one of the best drives on Earth.

It is, anyway, when you're at the wheel of an R8 V10 Spyder with the top down despite the five degree Celsius (41 degrees Fahrenheit), storm clouds, and misting rain. Because of the expected weather in the Alps, our cars were shod in snow tires, which limited our top speed to 270 km/h (about 168 mph). All variants of the R8 will readily attain and maintain this speed, as the speed cameras along our journey will no doubt attest. Audi says we may have racked up as much as 20,000 euros in fines. All in a day's work.

Heading deeper into the mountains, up rain-slicked slopes, through long, winding tunnels, I was sucked into the R8's ability to simply fly, unflustered and unconcerned at the pace of our ascent, complying with every driver demand placidly and smoothly. On the road, the R8 inspires confidence.

Instilling undue confidence in the driver can be a bad thing. A disconnect from the road can make things seem just fine even when they're just about to go completely pear-shaped. That's not the case with the R8. Instead, it provides constant background information on its behavior--through the seat, through the steering wheel, through the brake pedal, and even through its sound. The cabin, while quiet enough for extended high-speed cruising without raised voices, still lets in the tire and ambient sound you need to orient your car to its environment at speed.

It was here, however, that we began to form a fondness for the standard 430-horsepower, 4.2-liter R8 V8, rather than the V10 Spyder or the V10 Plus. Why? Because the R8 V8 Coupe is 22 lbs lighter than the V10 Plus, 110 lbs lighter than the standard V10, and 220 pounds lighter than the V10 Spyder. Not quite as quick to reach top speeds as the more powerful cars despite its 3,439 lb curb weight, the R8 V8's (relative) lightness makes it feel the most nimble and the easiest to glide through the high-speed sweeping corners provided by the Alpine landscape. It's also plenty adept when the road turns into snowy 30-mph uphill switchbacks in the dead of night. 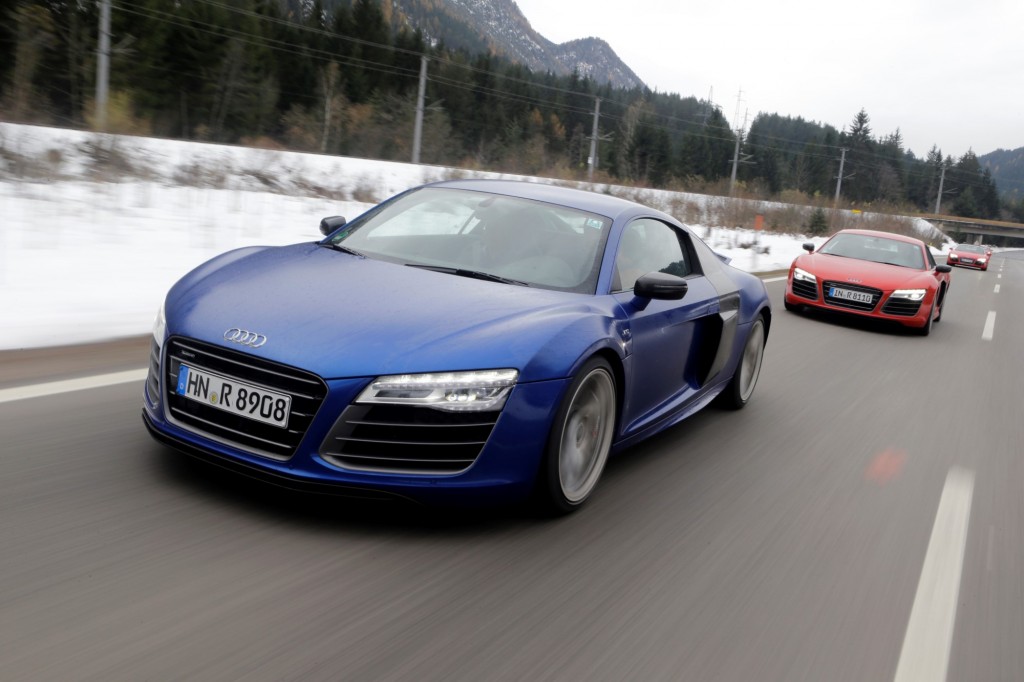 The R8 V8 is also the most comfortable of the lot, with the quietest interior, the best ride quality, and the least-noisy engine. All of Audi's R8 engines produce a considerable bit of valvetrain and accessory noise, most noticeable at moderate speeds and lower rpms, but the V10 in the Spyder and the Plus was by far the most intrusive, sounding at times like Audi had installed a factory of meth-addled elfin blacksmiths behind my head.

Should you desire a bit more edge from the R8 V8, however, a quick button press adjusts the dampers to sport mode, yielding slightly (but noticeably) firmer ride quality and better body control. The V10 Spyder also shares this feature; it's absent on the V10 Plus, which, judging by its ride, is permanently in sport mode.

That firm suspension contributes to the V10 Plus being the least comfortable of the bunch, though the tight, firm, and heavily bolstered manual-adjust seats also play their part. While on track, the seats provided admirable support, but on the street, they're hard to get into, unforgiving over rougher roads, and, in the long haul, plain uncomfortable. Fortunately, American V10 Plus models will come with more standard power-adjustable seating--likely owing to our larger frames and greater expectation of plushness. Standard V10 models don't suffer from this drawback, being fitted with standard magnetic dynamic dampers, which are also available on the R8.

For our money, the pick of the litter is the R8 V8 coupe with the dual-clutch transmission, which is, for us, the best of all worlds on the road. If you're looking to take your R8 to the track on a regular basis, the upgrade to the V10 Plus will certainly pay dividends, and you'll have bragging rights on the street. I'd be remiss if I didn't include the V10 Spyder on the short list of the best variants, however, as our top-down afternoon blast up the foothills of the Italian Alps was among our best in-car experiences ever. It's a nearly perfect balance of performance, style, and open-top exhilaration. And, with your foot deep in the accelerator, the sound is glorious.

Now, would I buy any of these over a similarly-equipped Porsche 911? Probably not. But I wouldn't fault anyone who did--the 2014 Audi R8 updates may seem, at first glance, like a mild mid-cycle refresh, but the combination of a brilliant dual-clutch transmission, plus the already fantastically tuned chassis and elegantly designed and trimmed interior makes it a great buy for anyone who loves driving in all of its forms.