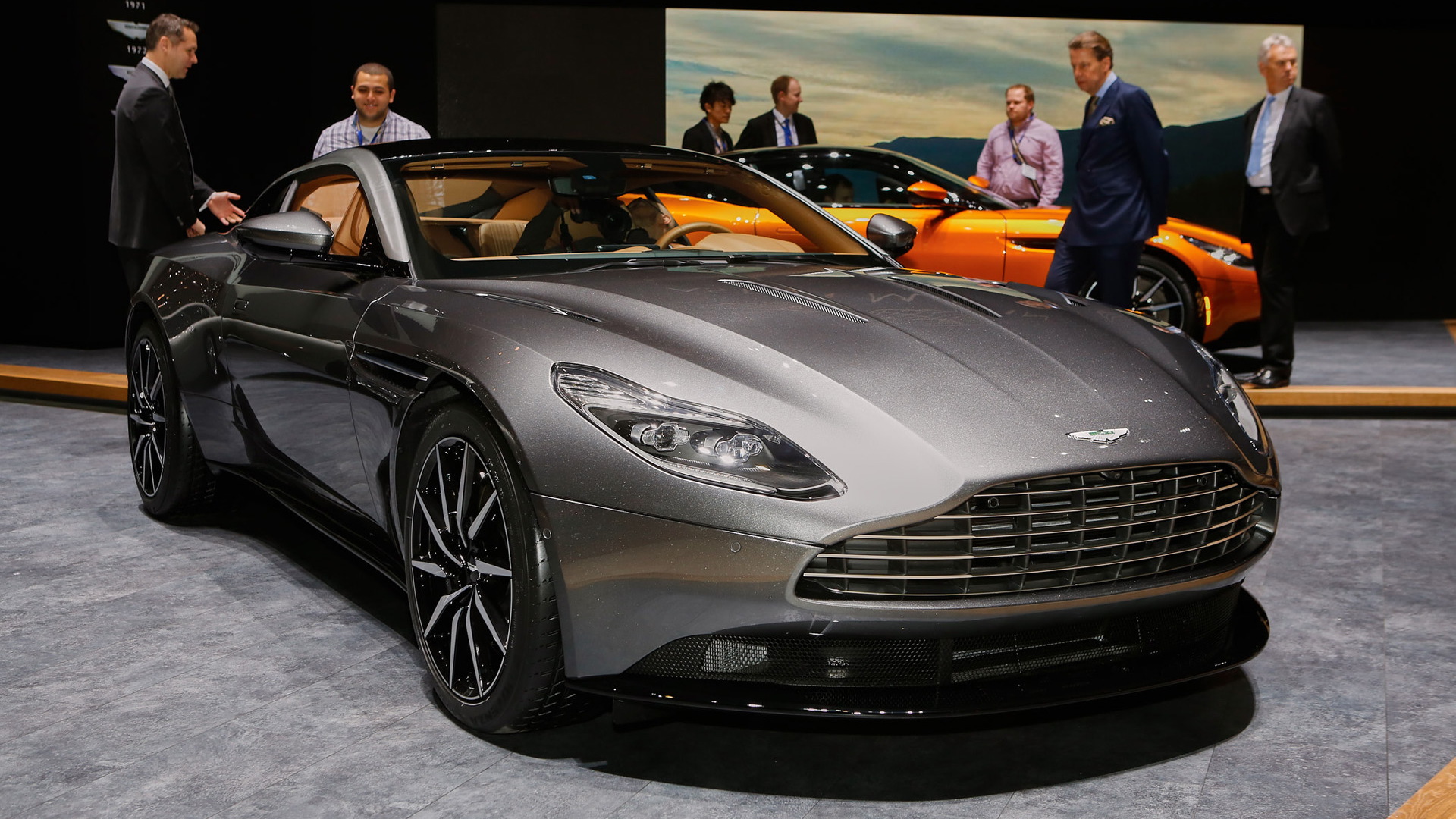 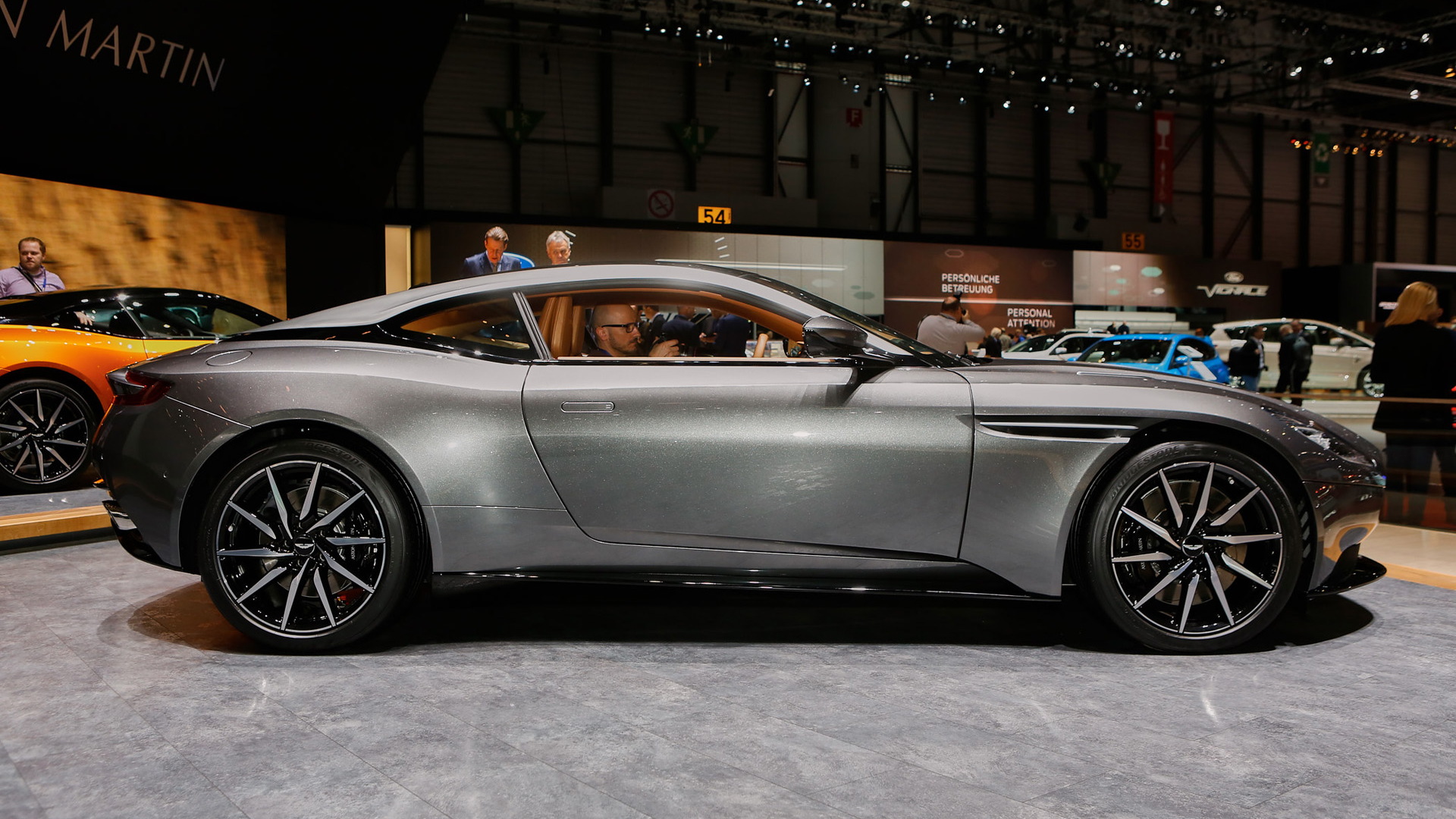 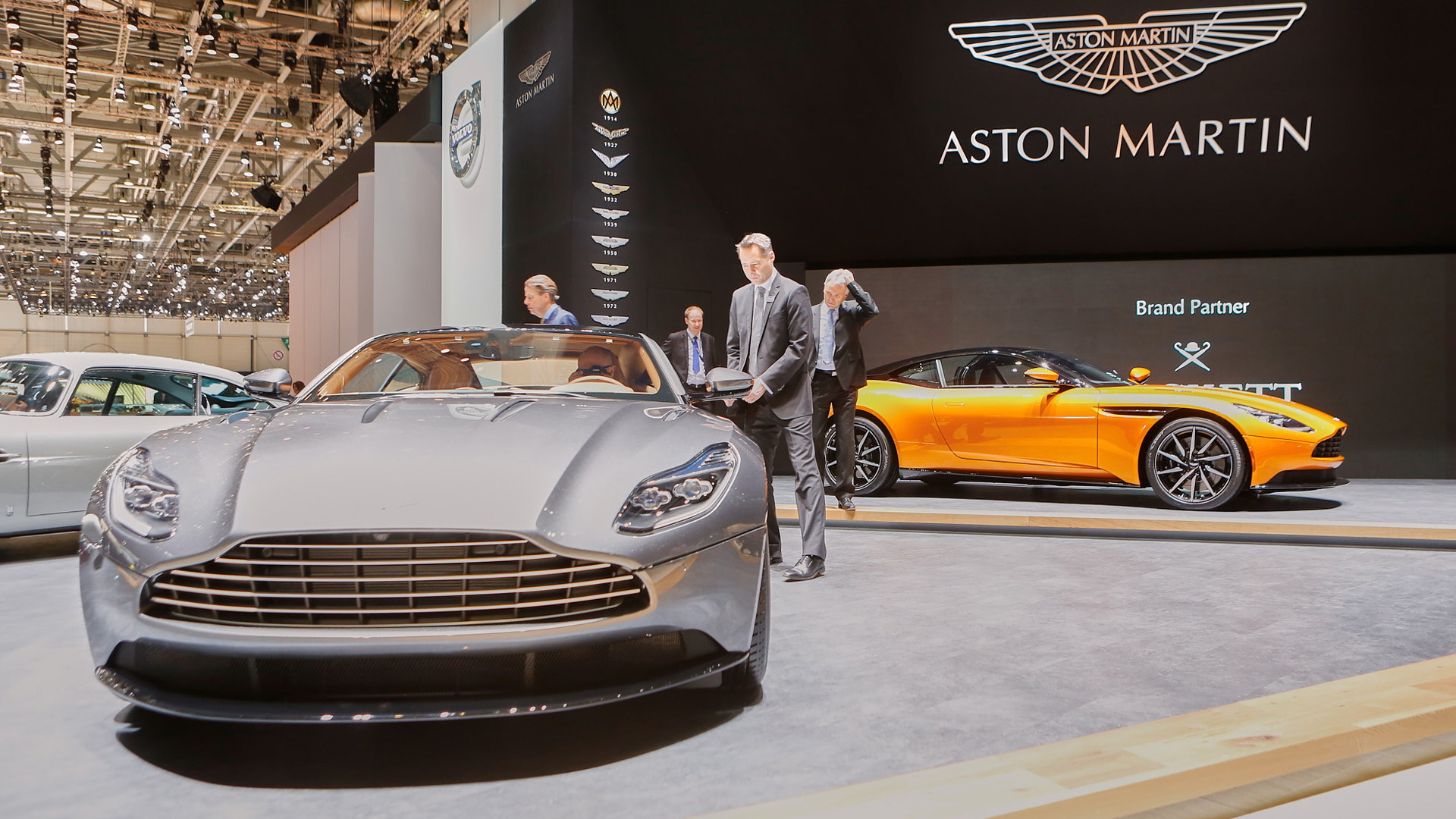 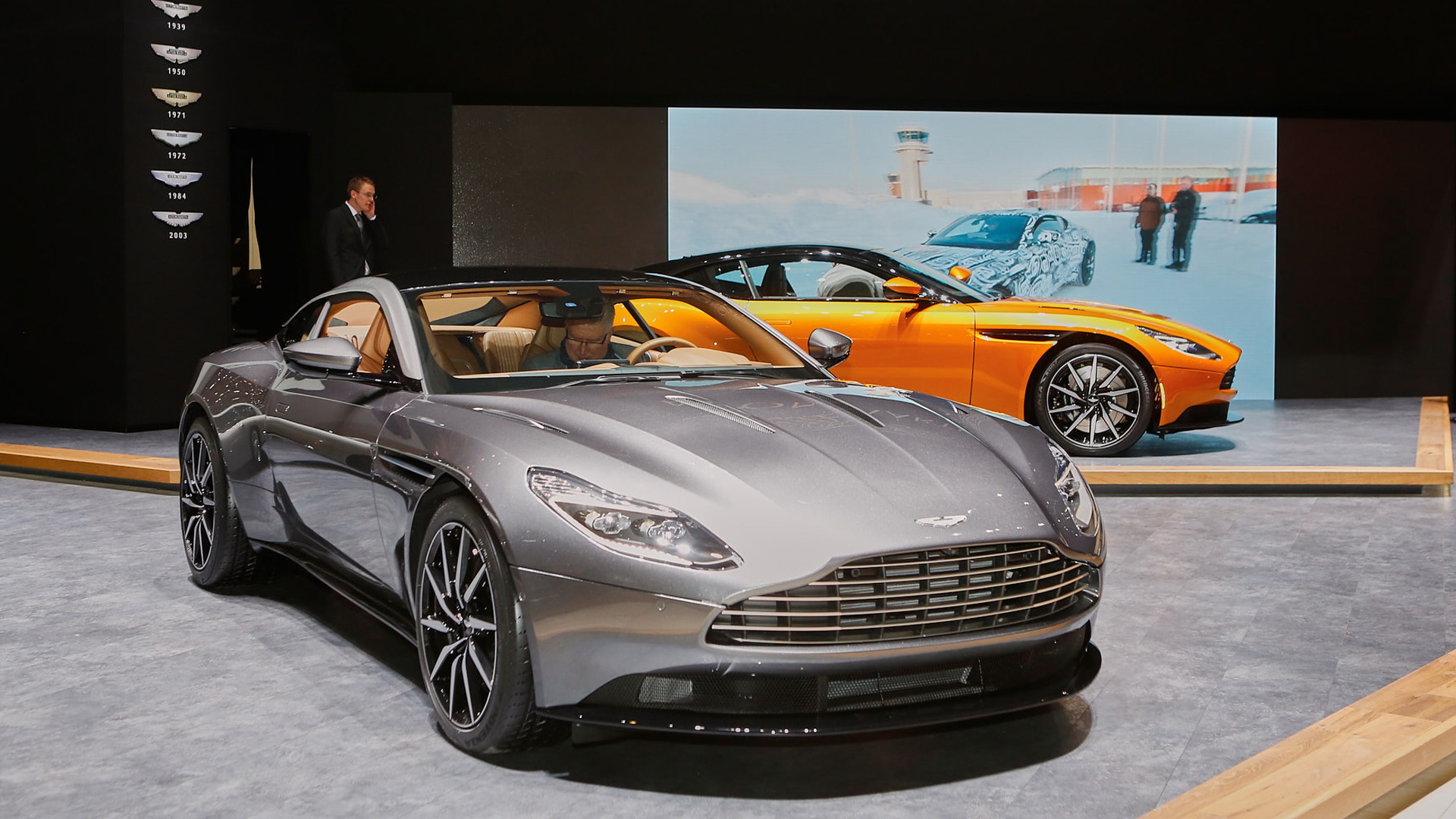 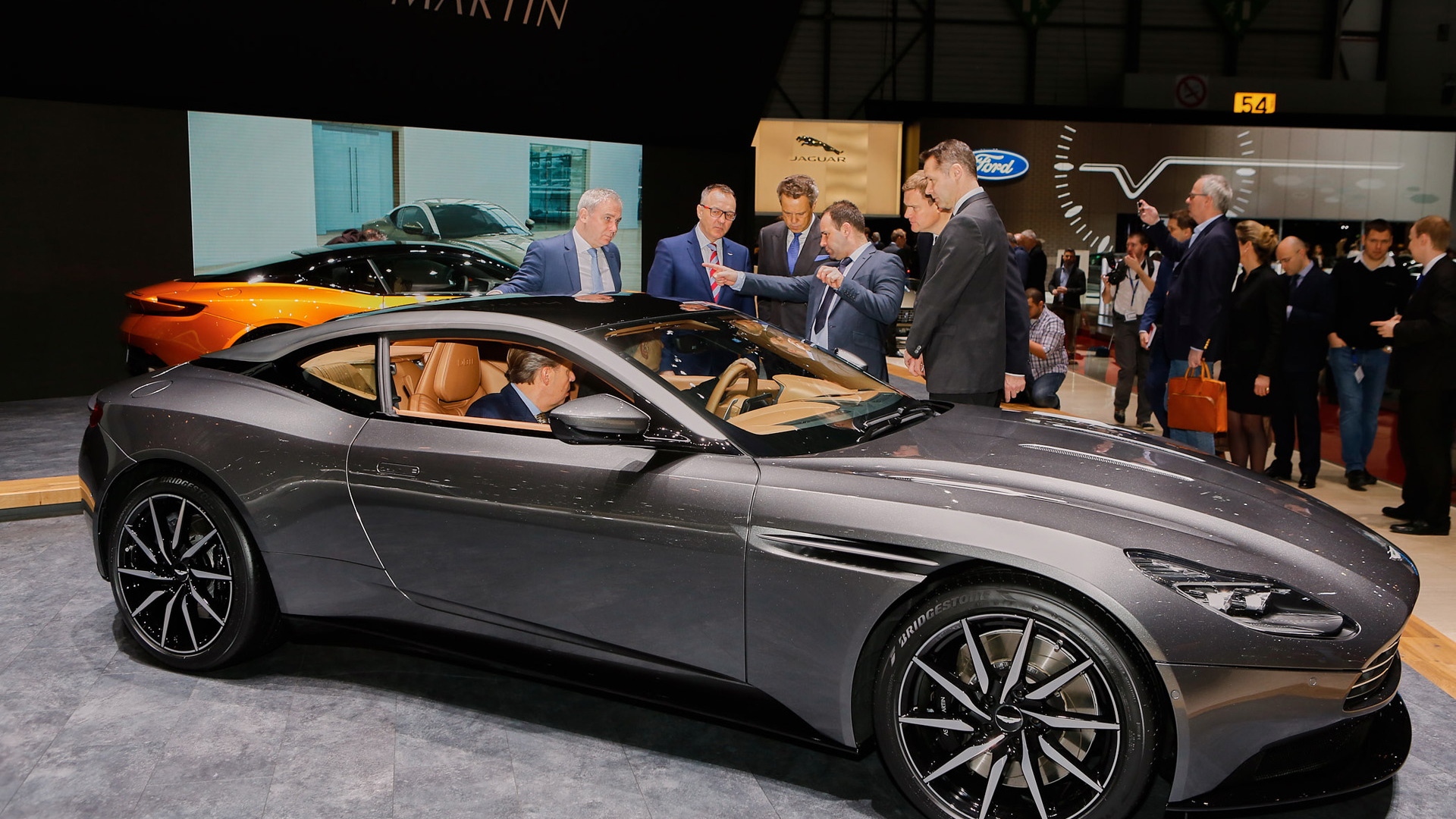 Aston Martin’s brand renaissance, known as the Second Century Plan, kicked off today at the 2016 Geneva Motor Show with the unveiling of the DB11. The new grand tourer is the direct replacement for Aston Martin’s aging DB9 and the first model to be based on the British marque’s all-new platform.

Under the stewardship of former Nissan executive Andy Palmer, Aston Martin has introduced a bold-looking car that’s instantly recognizable as a DB yet still fresh and distinctive. But the breathtaking design also helps aid aerodynamics. For example, lift is reduced by the gill-like “Curlicue” just behind the front wheels. This releases high-pressure air from inside the wheel arch via a concealed vent within the redesigned side-strake. Further lift is reduced by Aston Martin’s new AeroBlade design located at the base of each C-pillar. Close rival Ferrari [NYSE:RACE] introduced a similar system a few years ago on its 599 GTO.

You'll need all the downforce you can get in the DB11 as the car is no slouch, thanks to its newly developed V-12. The engine is a twin-turbocharged unit that displaces 5.2 liters and delivers 600 horsepower and 516  pound-feet of torque. This is mated to an 8-speed automatic transmission and will rocket the DB11 to 60 mph from rest in under 4.0 seconds. The top speed is in excess of 200 mph. A twin-turbo 4.0-liter V-8 sourced from Mercedes-AMG will be offered at a later date.

As for the new platform, it’s a bonded aluminum structure like Aston Martin’s previous design. However, it now incorporates more lightweight materials and is more space efficient. The platform is significant as it’s the first new design from Aston Martin since the start of the previous decade. It’s also the platform that will underpin the rest of the automaker’s sports car lineup and most likely its new crossover.

As a true 21st century Aston Martin the DB11 also comes with the latest tech features. For example, there’s electronic power steering, a brake-based torque vectoring system, adaptive dampers and a driving modes selector to aid the dynamic qualities of the car.

There are also a host of convenience features including a digital instrument cluster and an infotainment system controlled by a rotary dial and  touchpad. You also get camera-based monitoring systems, parking aids and even ISOFIX mounting points for a pair of child seats in the back. Yes, there’s finally some useable space in the rear of an Aston Martin.

The car will go on sale in the fourth quarter of the year, with prices starting from $211,995.