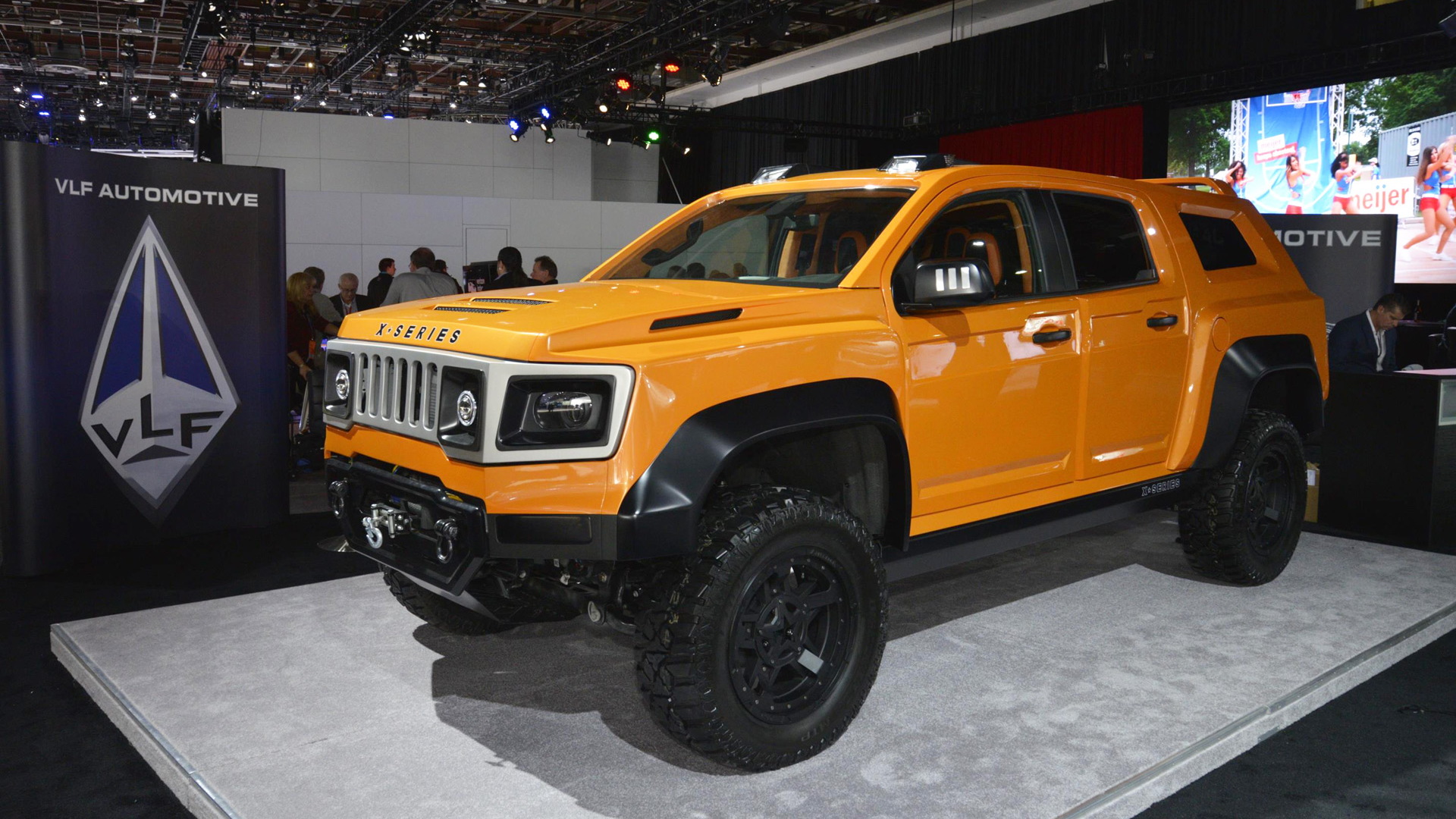 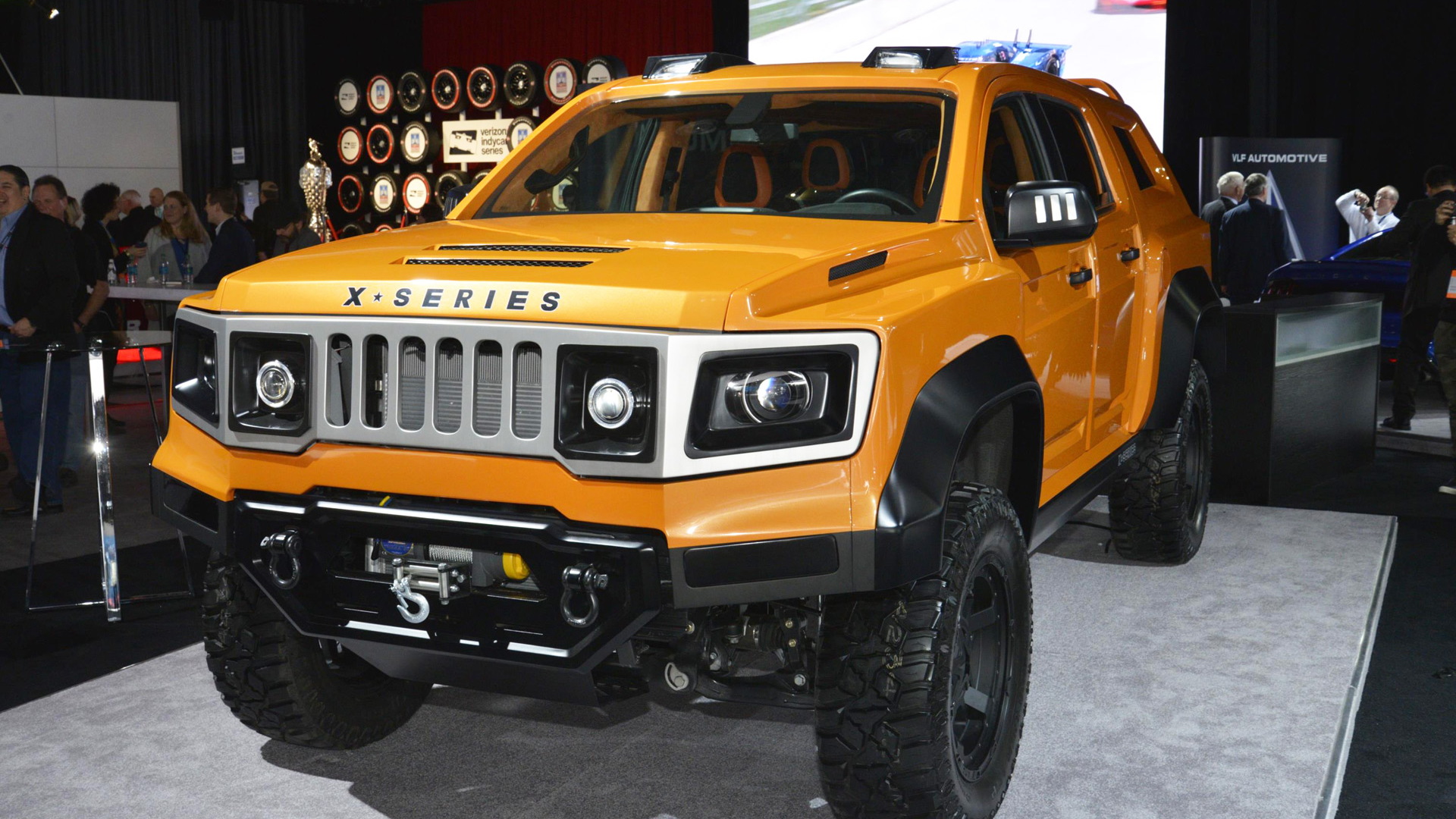 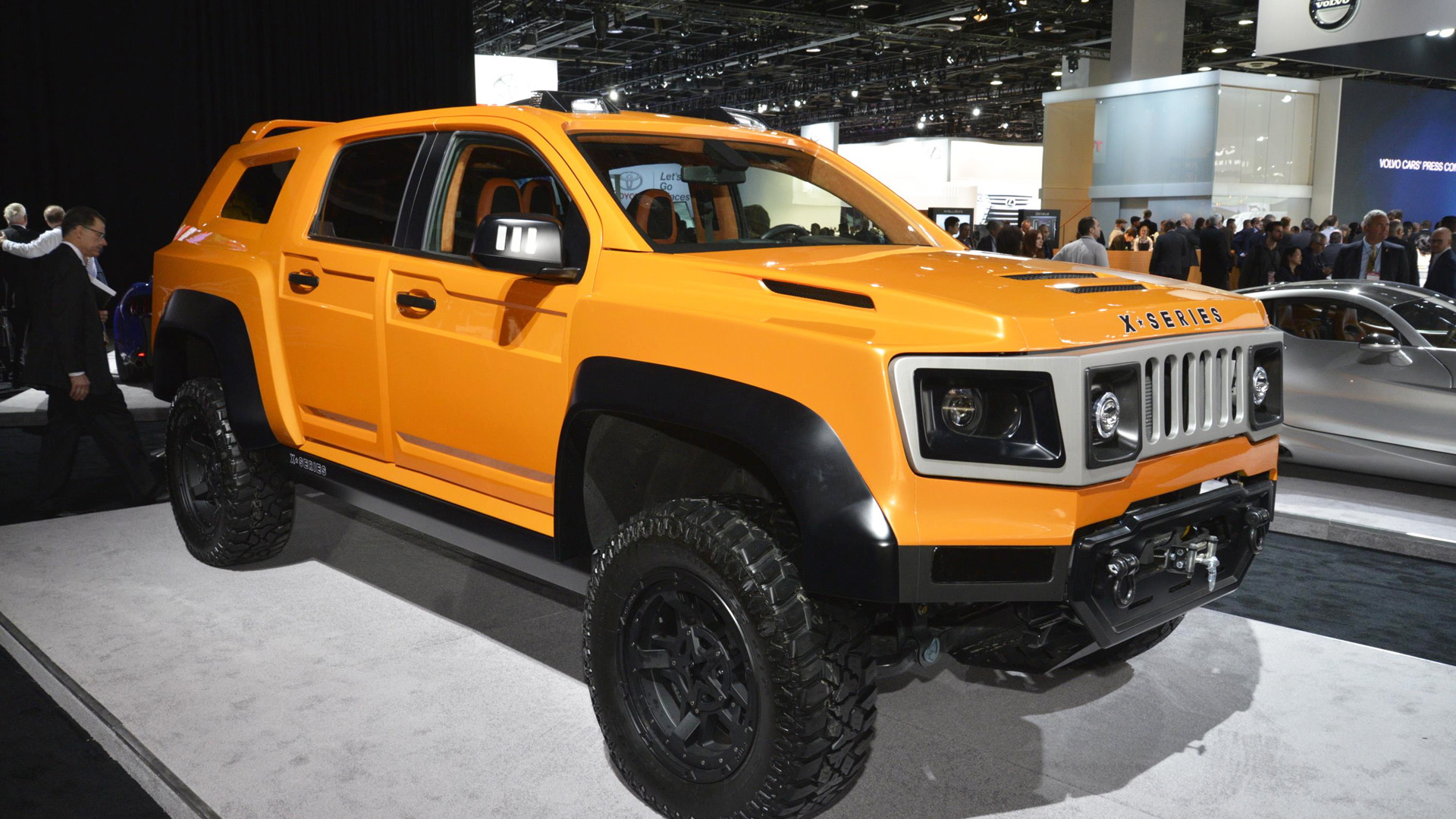 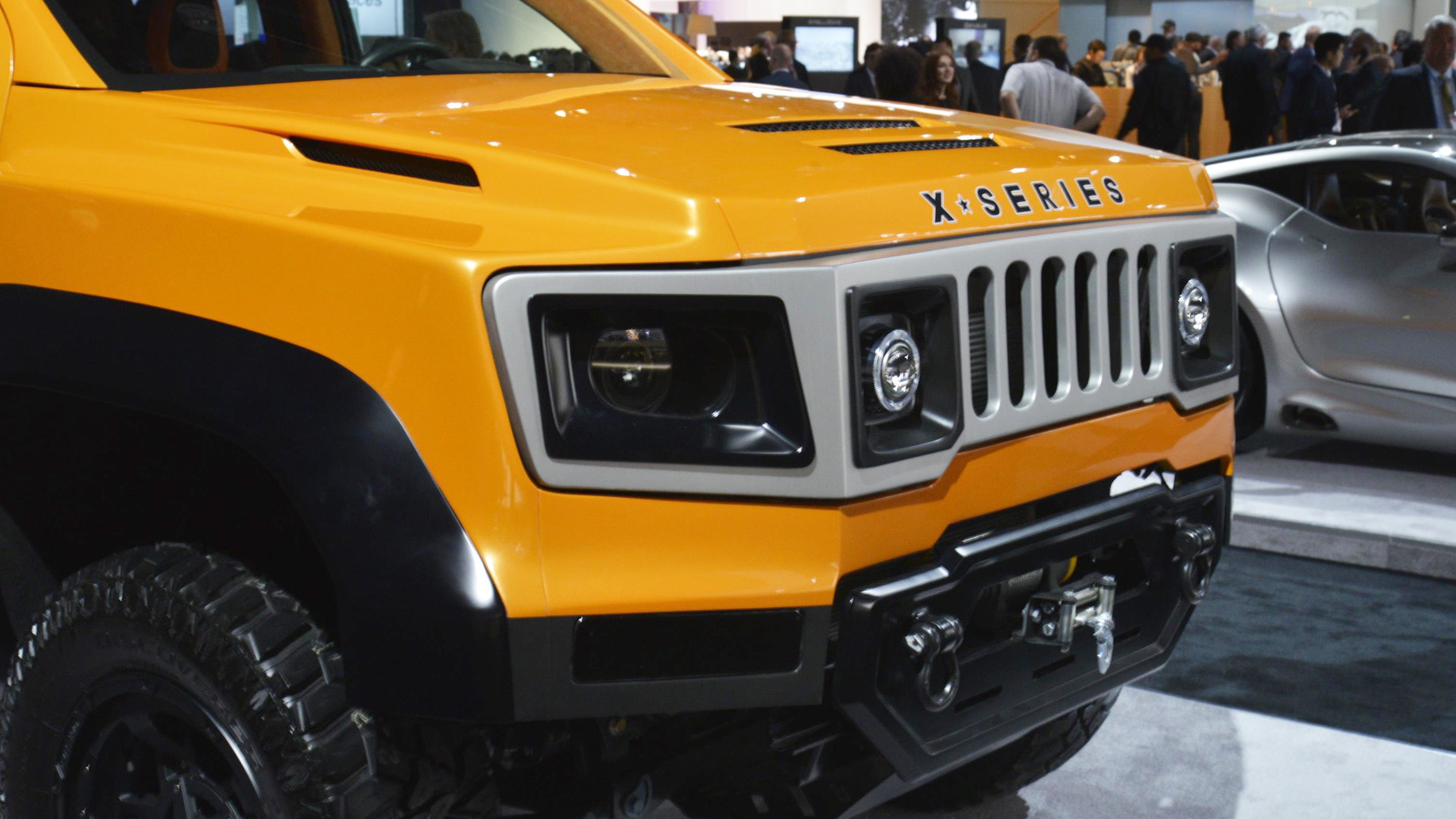 Believe it or not but this orange monster comes from a company backed by the man who designed cars like the Aston Martin Vantage, BMW Z8 and Fisker Karma.

That man, of course, is Henrik Fisker, and this orange SUV is the X-Series from VLF Automotive, the coachbuilder run by Fisker in partnership with auto industry veteran Bob Lutz and industrialist Gilbert Villarreal.

We’re not sure if Fisker actually designed the X-Series, though whoever did was clearly inspired by the Hummer H2. The vehicle even has the multi-slatted grille flanked first by round lights, and then by square lights.

Presented for the first time on Monday, at the 2017 Detroit auto show, the X-Series is based on the Chevrolet Colorado pickup truck but has unique body panels including a rear canopy. The vehicle is clearly designed for off-roading rather than lugging around stuff.

It has 11.5 inches of ground clearance and approach and departure angles of 44.7 and 48 degrees, respectively. Those wheels are a 20-in aluminum set shod in 35-in off-road tires. You’ll also find a four-wheel-drive system with transfer case and plenty of underbody protection.

It’s a heavy beast at 5,236 pounds, though it still runs the Colorado’s stock 3.6-liter V-6. The engine delivers a peak 306 horsepower and 275 pound-feet of torque and is paired with an 8-speed automatic transmission.

VLF will handle production of the X-Series at its plant in Auburn Hills, Michigan. The site is where the company is already producing the Fisker Karma-based Destino and Dodge Viper-based Force 1. VLF has also confirmed that it is building the Ford Motor Company [NYSE:F] Mustang-based Rocket originally developed with Galpin Auto Sports.