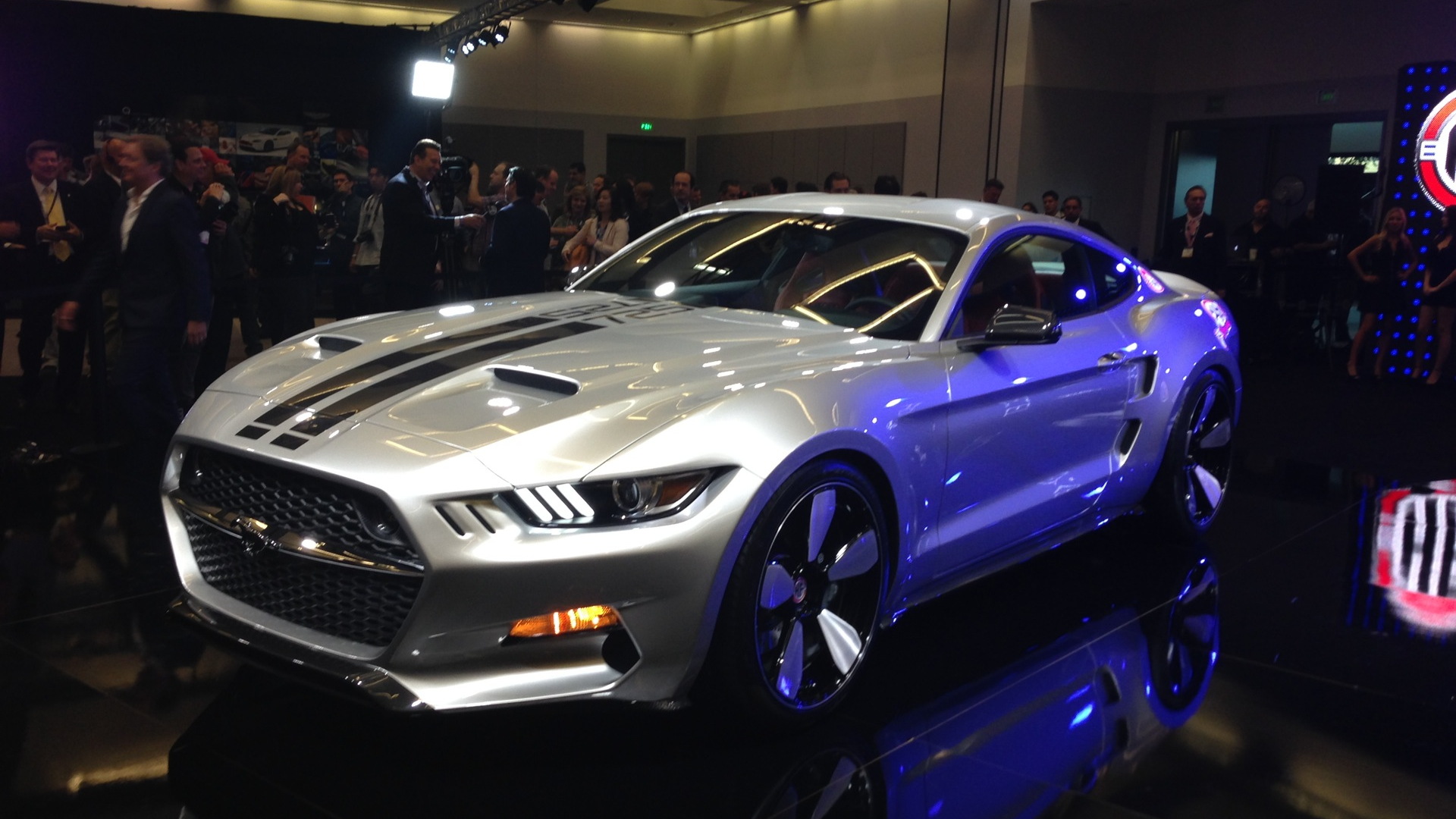 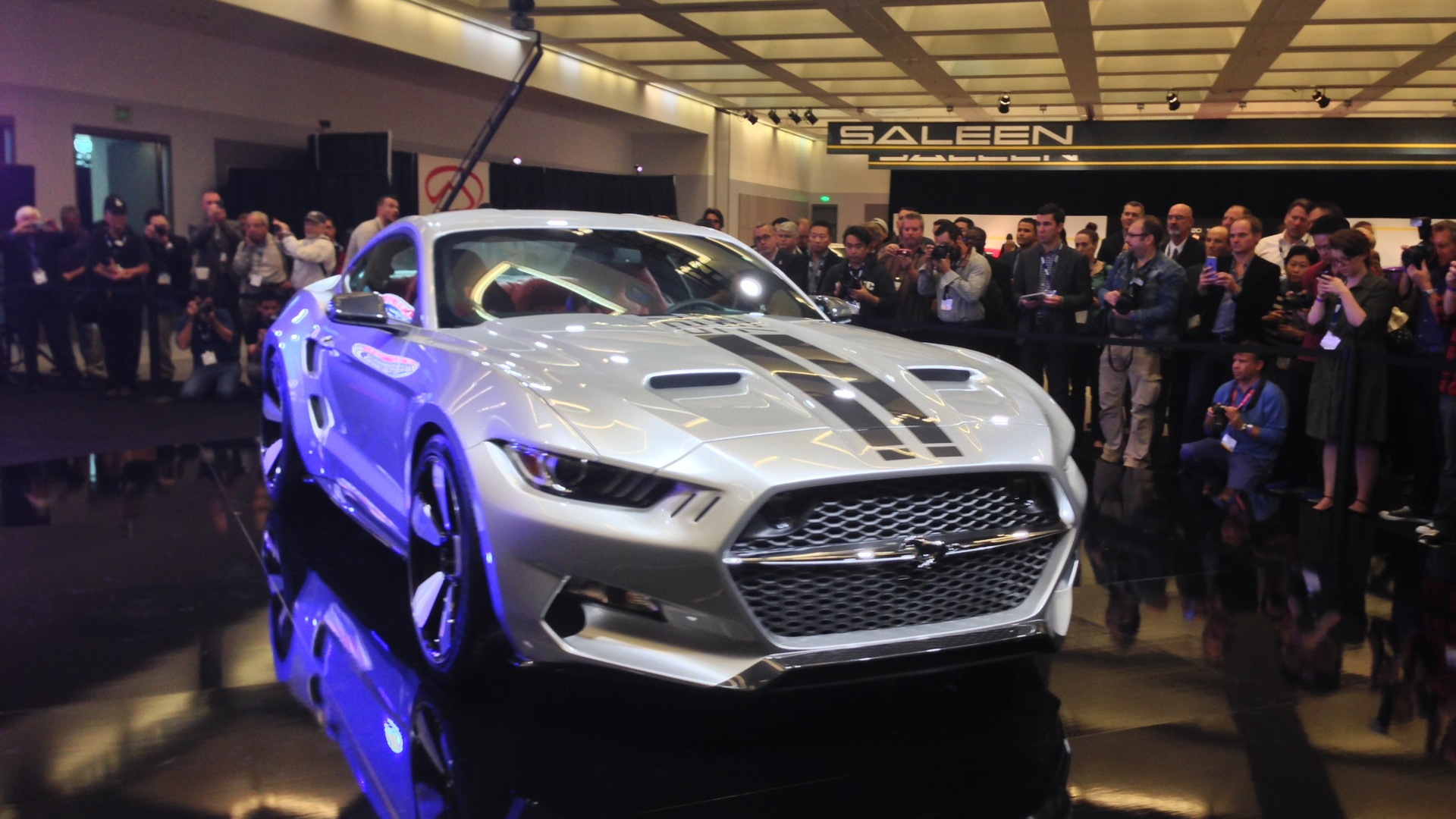 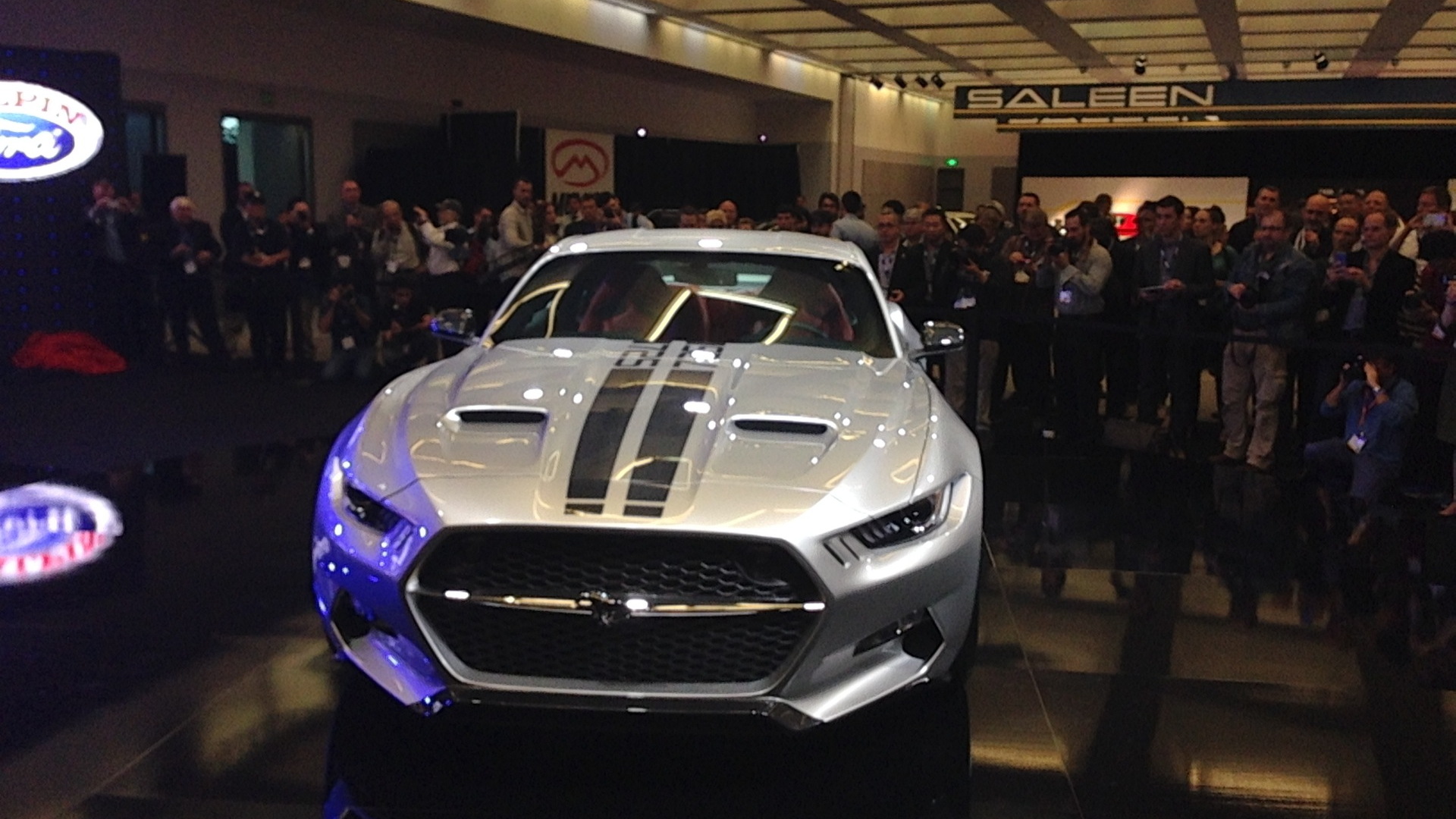 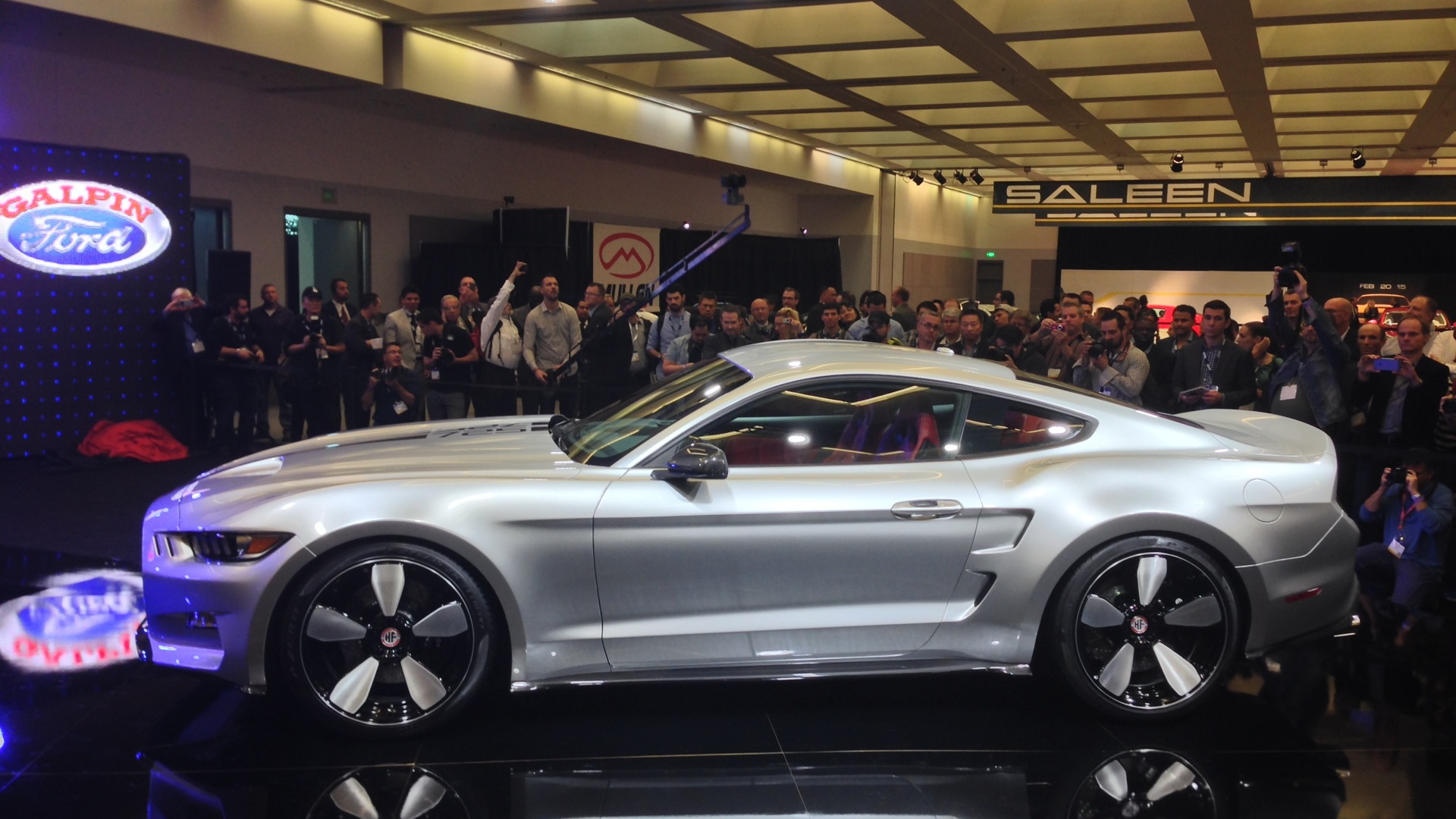 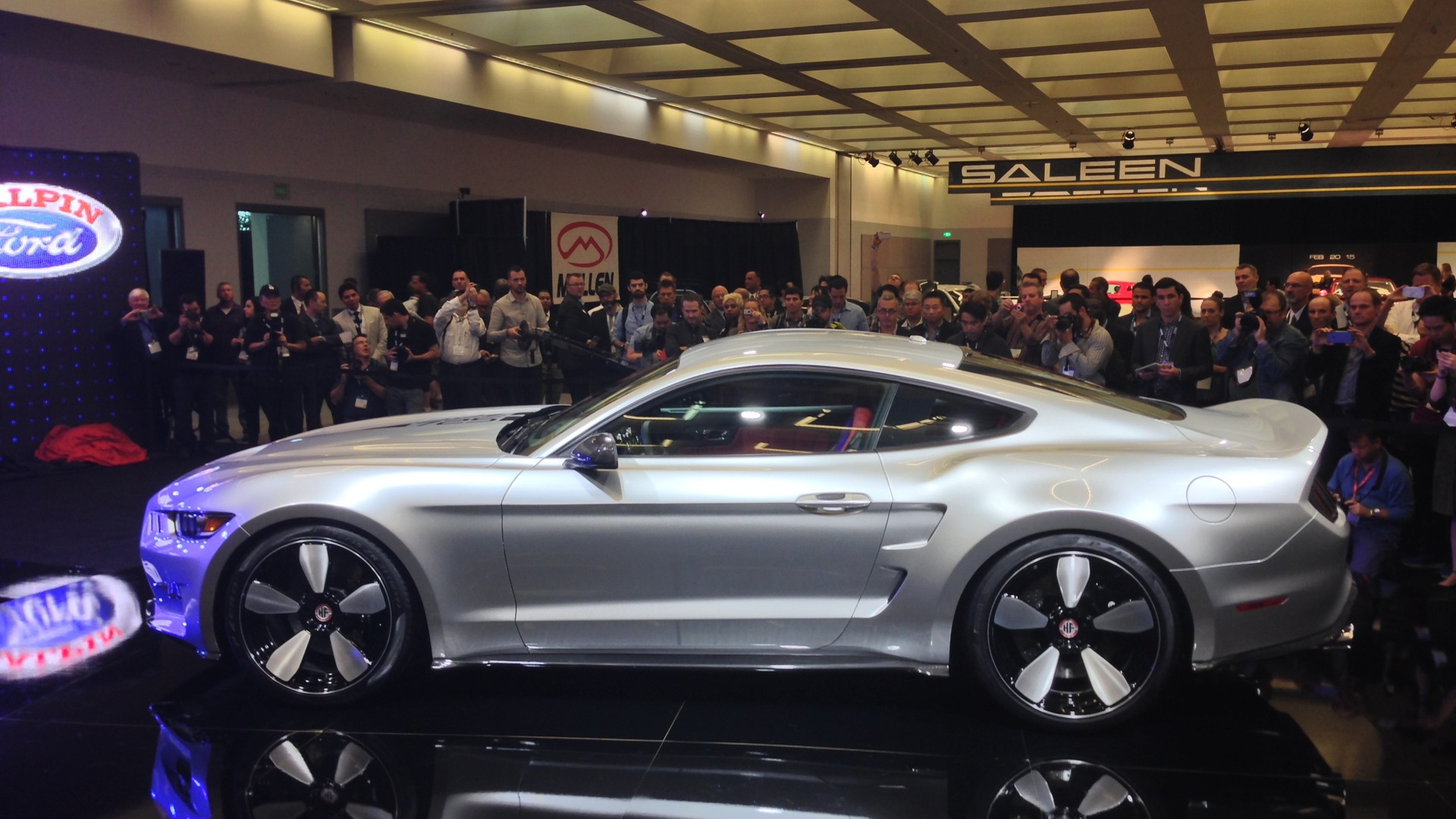 Henrik Fisker is probably best known for his attempt at starting an automaker, but before the days of Fisker Automotive the Danish businessman was working as a car designer and running coachbuilder Fisker Coachbuild. Well, it appears Fisker isn’t finished with the auto world just yet as he’s teamed up with famous Ford tuner Galpin Auto Sports to develop a carbon fiber-bodied car based on the 2015 Ford Mustang and called the Rocket.

Revealed today in full at the 2014 Los Angeles Auto Show, the Rocket is described as the “ultimate American muscle car” and will eventually be available for sale. Interested buyers will have the option of purchasing a car through Galpin’s own dealership or one of several hand-picked locations not only here in the U.S. but across the world. Deliveries of the car are scheduled to commence early next year.

The Rocket’s design is unmistakably inspired by specialty pony cars of the 1960s and early ‘70s, including the 1968 Ford Mustang Shelby GT500 (Fisker's favorite). Anchored by an imposing hexagonal grille crafted from carbon fiber and split with a polished aluminum bar, the Rocket’s lines emanate from the front, through the long hood, over a set of sculptured flared fenders and converge on its integrated rear spoiler.

That spoiler, along with many of the car’s other aero pieces, is fully functional. A front splitter also helps draw out hot air from underneath the car to improve engine cooling, while simultaneously working in conjunction with the rear spoiler, enlarged rear diffuser and side skirts to produce downforce. And those large scoops in the hood are designed to channel air into the engine bay, also helping to keep the car’s engine, a 725-horsepower supercharged 5.0-liter V-8, cool.

Other elements of the design include a custom silver paint finish known as Éminence Grise; independent, fully-adjustable suspension; 21-inch wheels shod with Pirelli P-Zero tires; and powerful Brembo brakes with 15-inch discs up the front.

You might be wondering how this project came about. It turns out Galpin’s ties with Henrik Fisker date back several years. In addition to being a top dealer for the Ford Motor Company [NYSE:F], Galpin is also a major dealer for Aston Martin. Henrik Fisker previously worked as a design for the British sports car brand, helping with the designs of the DB9 and Vantage models, and it was during this time that he first met the team at Galpin.

“Ford’s engineers and [Ford design chief] Moray Callum’s design team did an amazing job with the new Mustang,” Henrik Fisker said at today’s reveal. “So good in fact, I think the design additions and power upgrades we have made to the car help it play in a higher league, against much more expensive supercars.”

To see what else is on show in L.A. this week, head to our dedicated show hub.