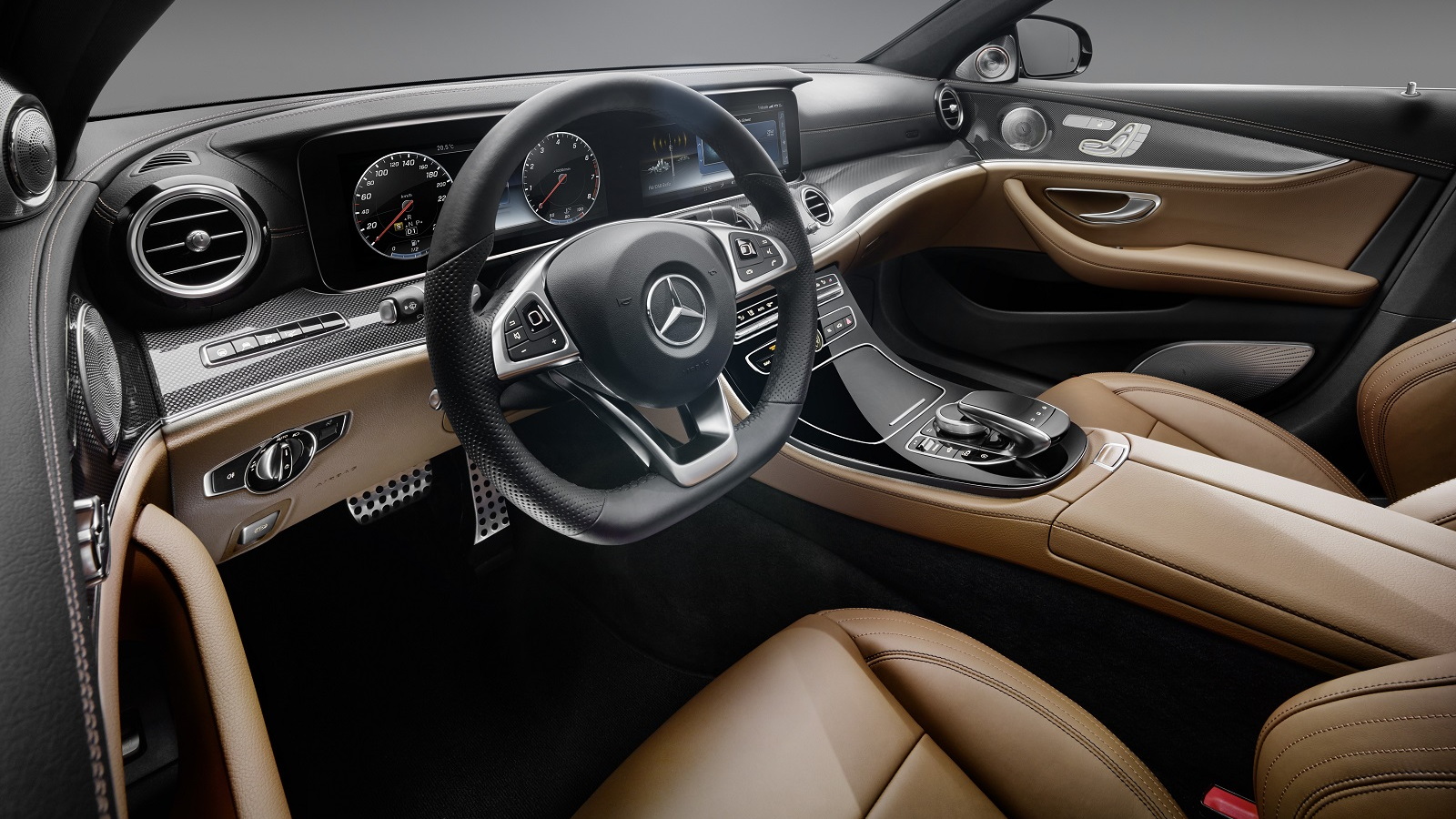 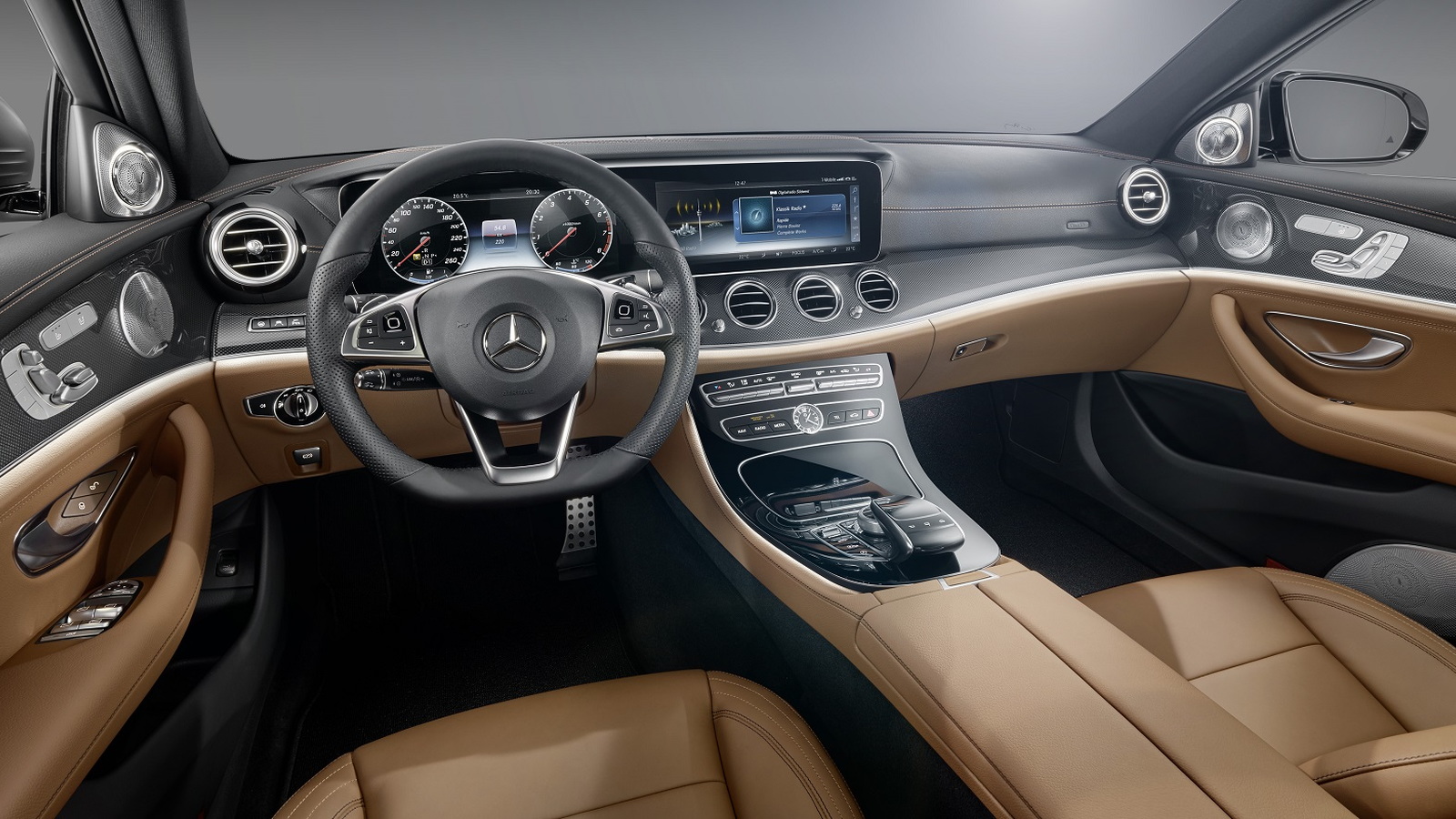 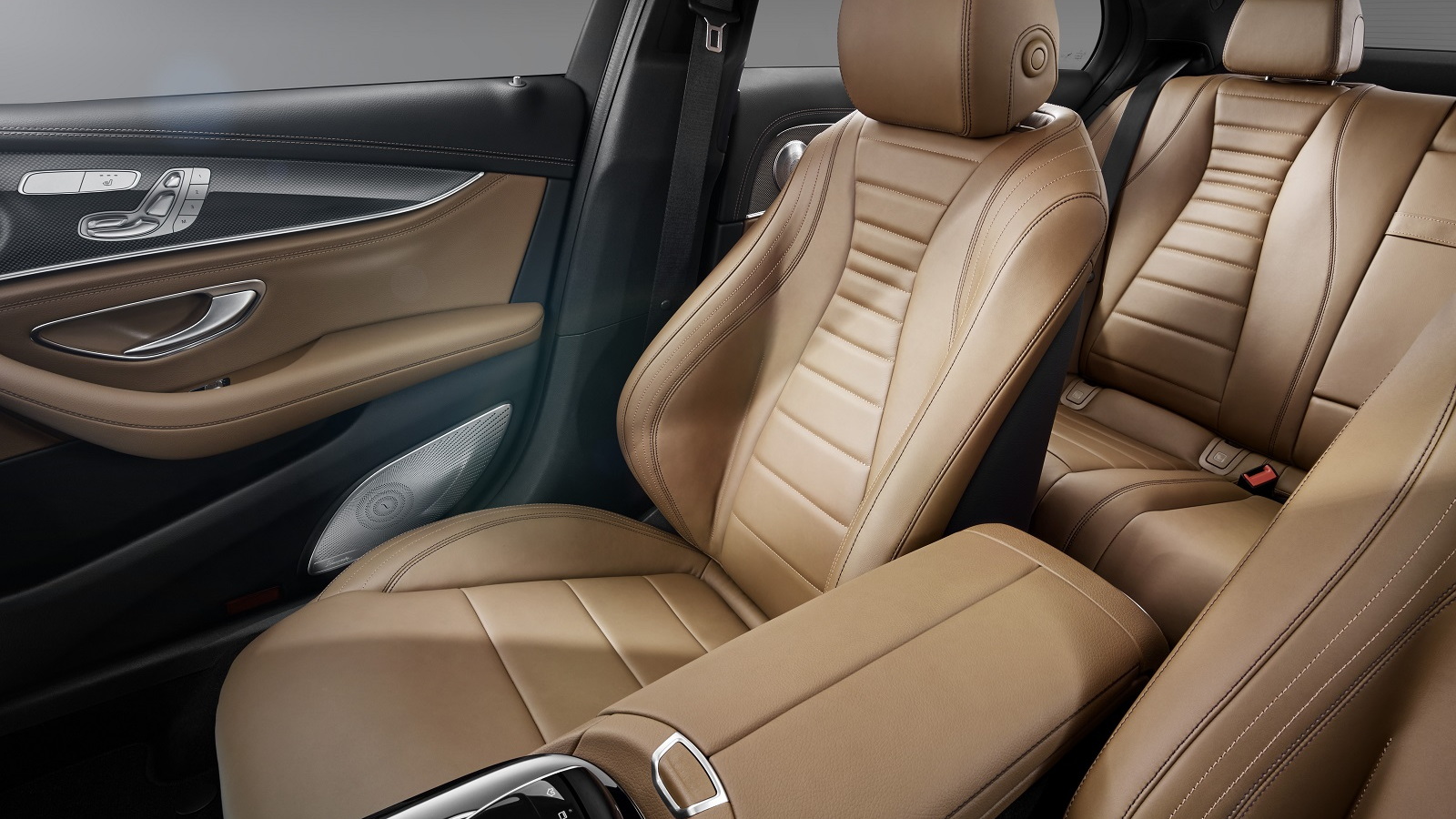 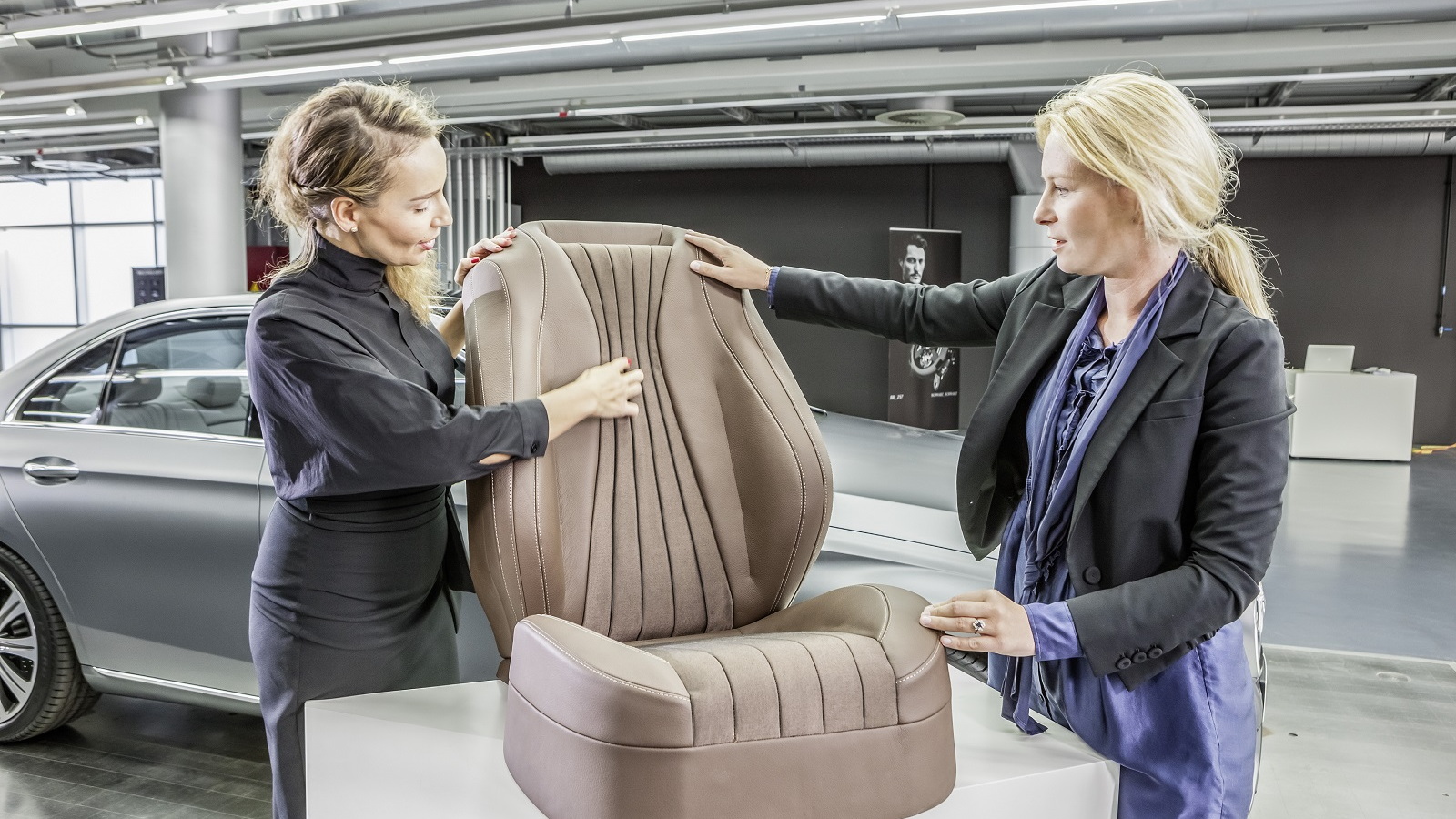 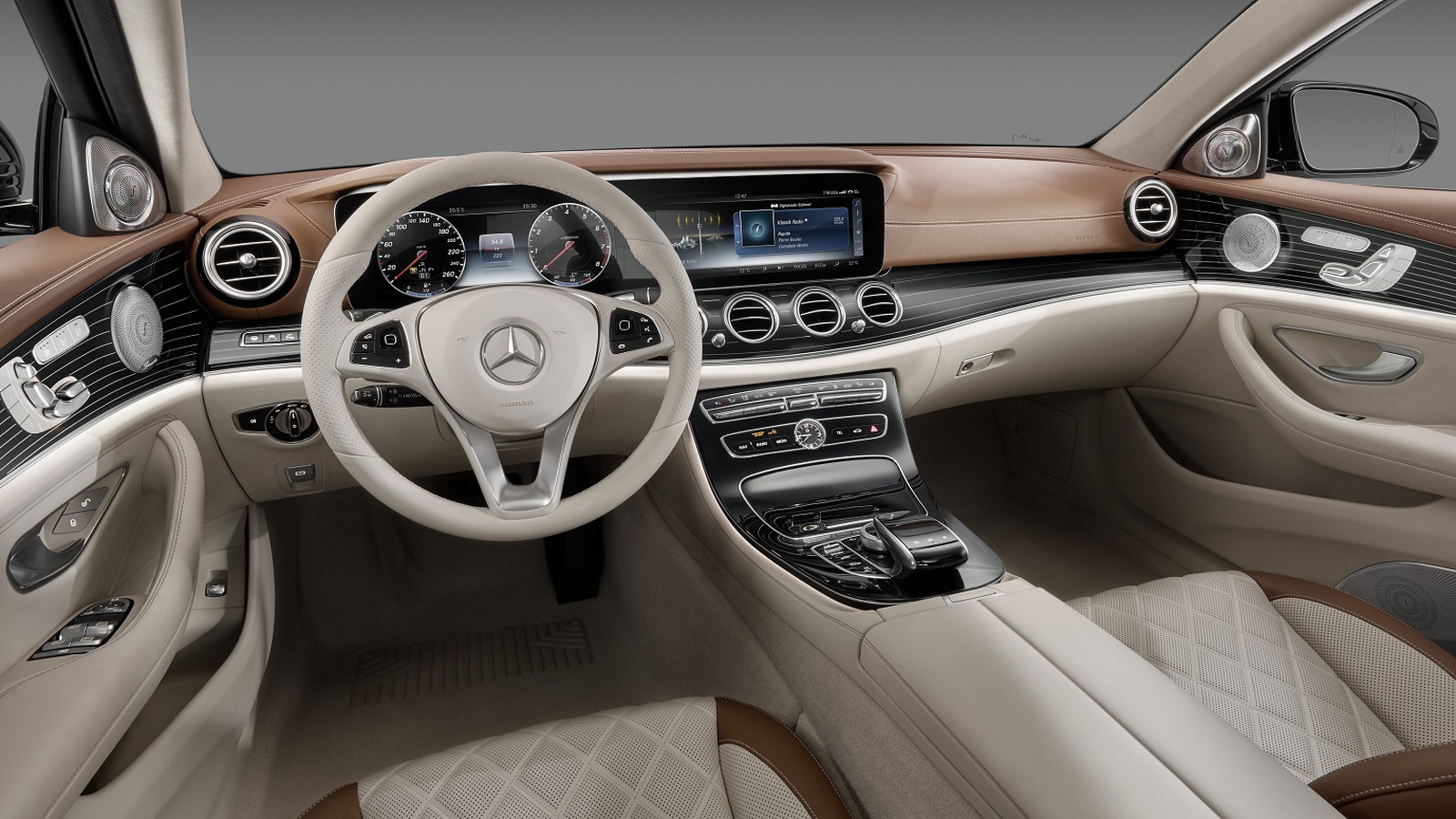 How do you interpret "modern luxury" when consumer electronics change every 18 months but a luxury car has to last 15 years?

That was the challenge facing the designers of the next Mercedes-Benz E-Class interior, and their answer was to blend recognizably Mercedes design cues with a fully digital "glass dashboard" that stretches almost two-thirds the width of the cabin.

While the next E-Class hasn't (quite) been revealed yet--it'll appear at the Detroit Auto Show next month--there have been plenty of spy photos to show that the car will have a shape similar to that of the latest S-Class and C-Class sedans.

But inside, the E-Class has to break new ground, and convey both the latest in information design and a level of luxury one step above the C-Class.

To do that, the designers blended "intelligent" with "emotional" design, starting with the "double-S" wraparound dash design with a center section that swells slightly into the cabin.

They used four circular chrome-ringed vent outlets--one more than the three in lesser sedans--and one more at each end.

But it's the "dashboard" display that catches the eye, under an eyebrow housing that stretches from the driver's door well to the passenger's side of the console.

In it are a pair of horizontal 12.1-inch LCD displays that butt together, with two large virtual dials in front of the driver and a somewhat simplified version of Mercedes' usual infotainment and navigation interface on the center section.

This wide display doesn't stand proud of the dash, as in the sportier CLA, but a faint echo of that freestanding design can be seen in the edge detailing, where the screen appears to float just in front of the dash itself.

And for the first time, drivers can choose not only what information they want to see displayed in the various segments of the dash, but also the graphic style of the displays themselves.

The designers, said Koert Groeneveld, added details to the interior to convey a sort of sensual luxury in some of the little touches.

The seats, for instance, were inspired by old dress forms. They have actual "shoulder" lines that almost appear human-shaped from certain angles. The cushion upholstery narrows and widens with the curves of the bolsters, far from the traditional square-cut Mercedes seats of yore.

A traditional black interior is available, of course, but color choices extend beyond the traditional beiges and grays. Saddle brown leather, a tone called espresso, and more can be combined with a range of interior trims, from a open-pore wood to a tight basketweave of metal strands, all the way up to a pinstriped glossy black finish.

At the top of a range of three audio systems, there's a stunning Burmeister setup producing 1450 watts that feed no fewer than 23 speakers.

With the four doors shut, the sound quality of this system was remarkable; the interior designers and engineers from Mercedes worked with the Burmeister acoustic engineers from a very early stage.

An Easy Listening setting for long trips slightly reduces the "punch" of the system to alleviate fatigue. A VIP setting directs the sonic focus to a specific seat--any of the four outboard positions can be chosen--if the standard optimization for the cabin as a whole isn't sufficient.