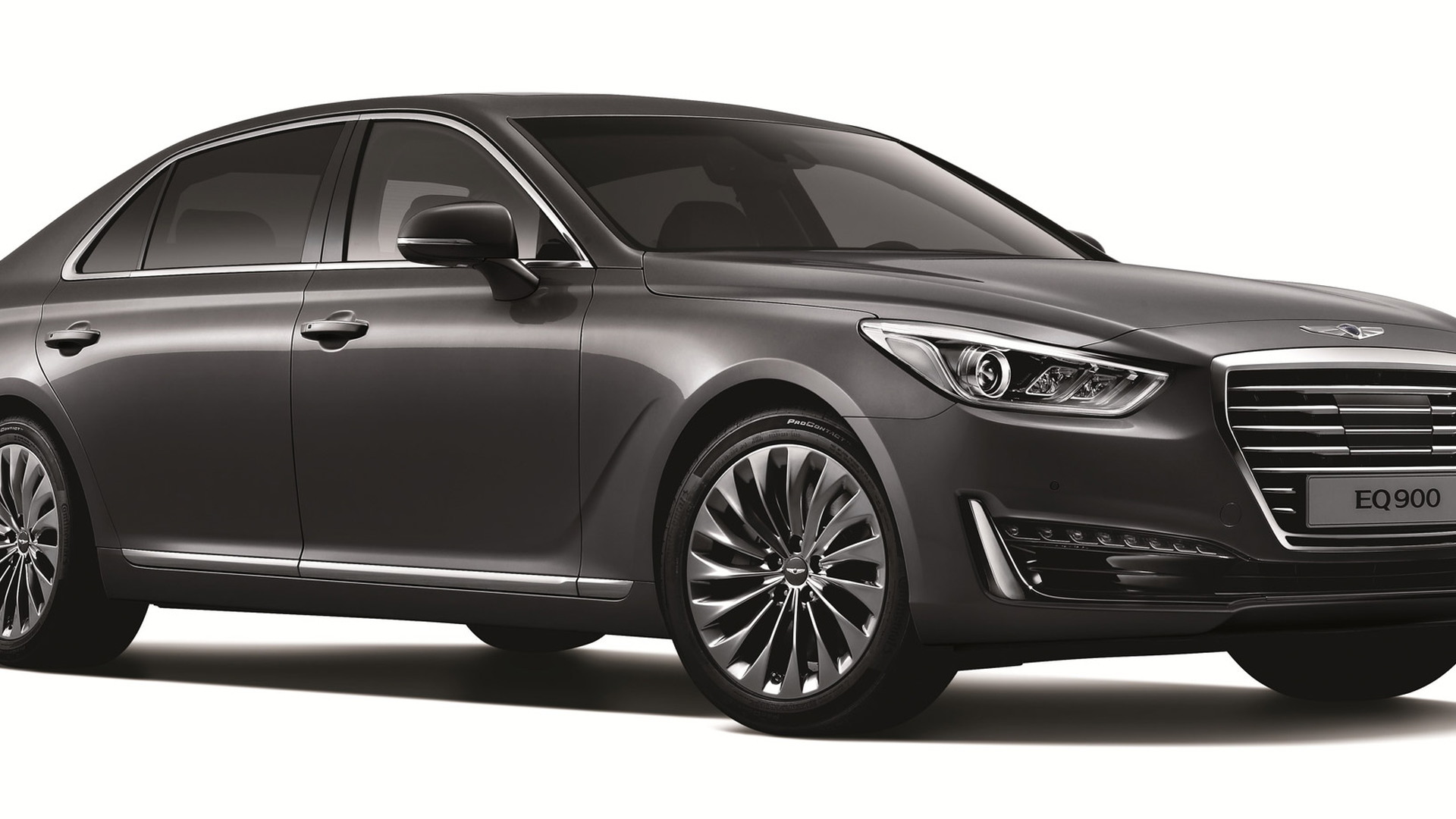 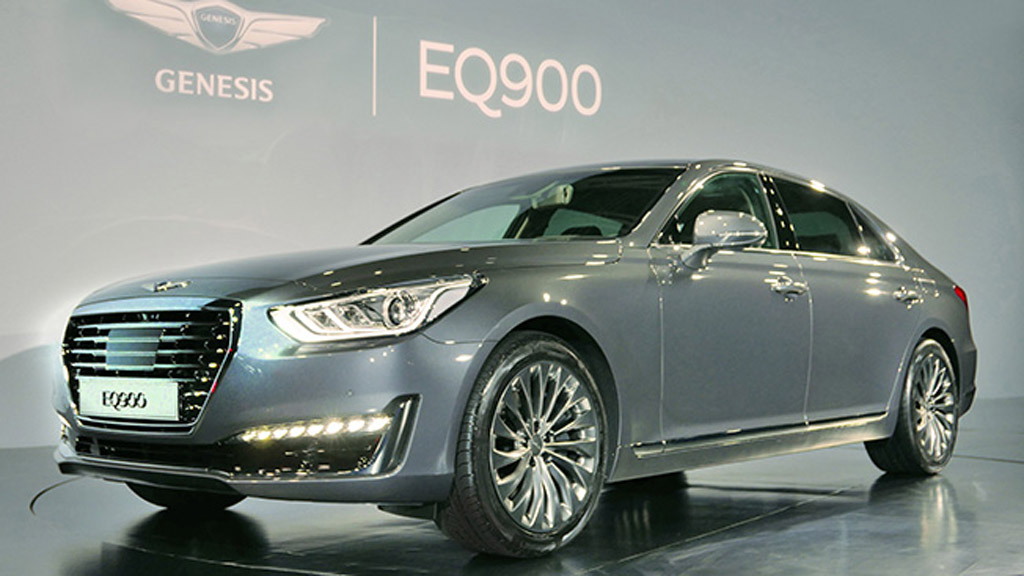 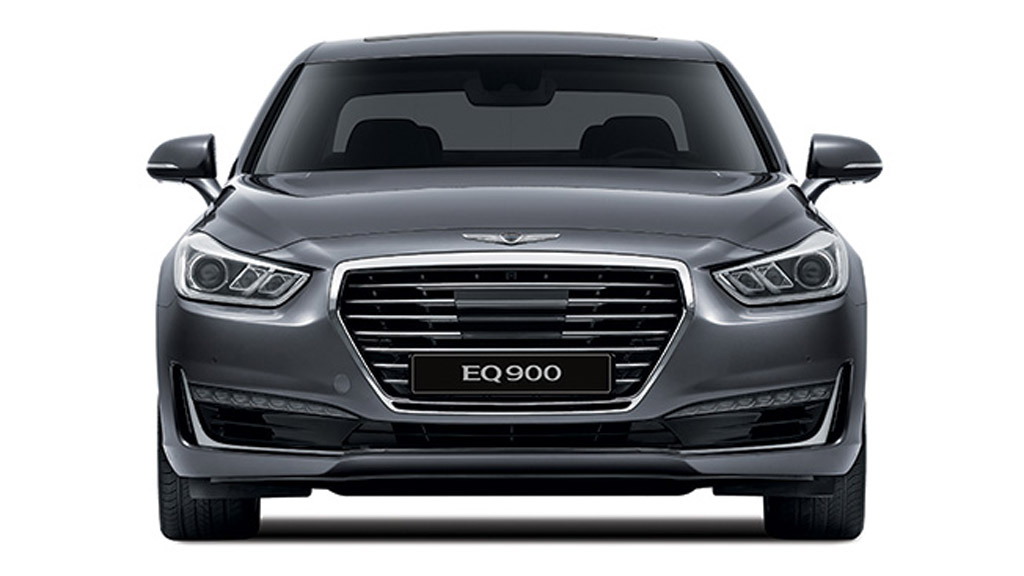 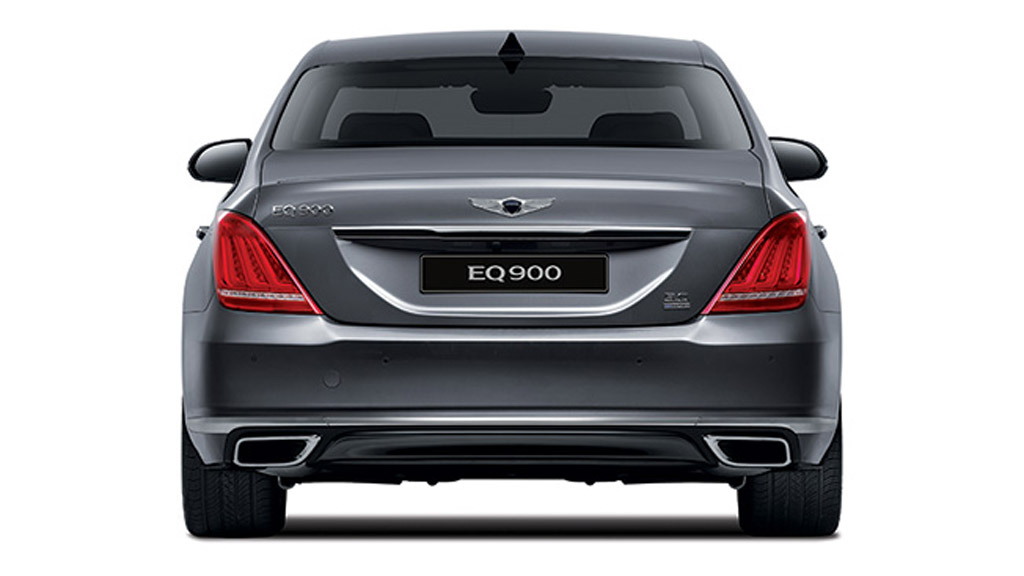 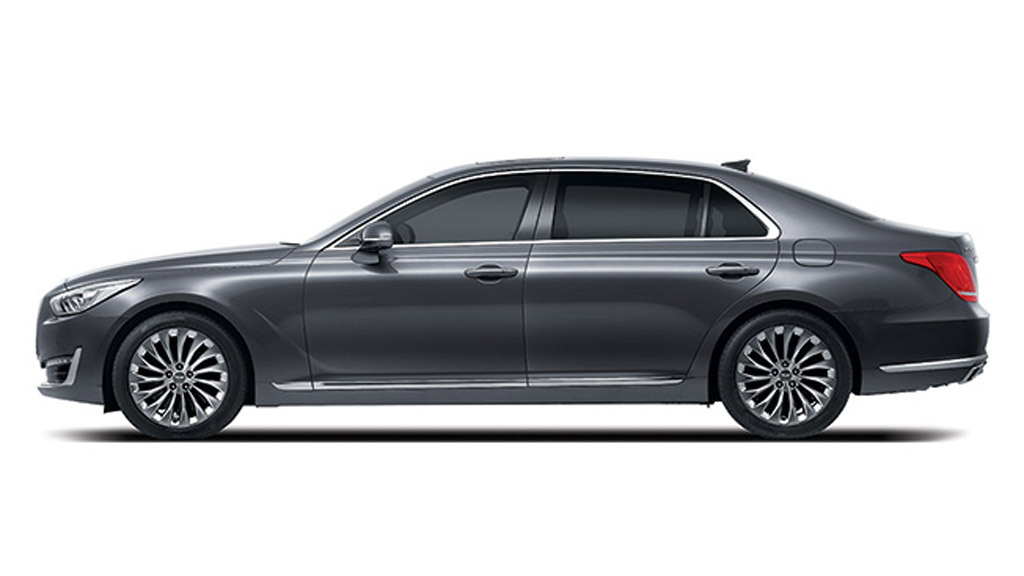 It wasn’t long ago that Hyundai confirmed it was forming a new luxury brand under the Genesis name to be made up of models whose names consist of a capital G and a number, 90, 80 or 70 etc., representing their positioning in the lineup. At the Detroit Auto Show, following on a first look this past month, the Korean automaker revealed the first of its Genesis models, the new G90, which replaces the Equus and thus fills the flagship role at the Korean automaker.

The G90 is also the first model to be styled in line with a new design language called Athletic Elegance, which relies on strong, muscular lines to emphasize a "dynamic, future-orientated" character. Key elements include a hexagonal-shaped grille, sophisticated headlights and the new Genesis logo. The design has clearly been influenced by the recent Vision G concept but we also see some elements borrowed from rival brands, in particular Audi.

The platform of the G90 is a stretched version of the rear-wheel-drive architecture that made its debut in the 2015 Hyundai Genesis (this car will be renamed the Genesis G80 when it undergoes a facelift next year). Rear-wheel drive is standard on the G90 but Hyundai’s H-TRAC all-wheel-drive system is available. Combined with a new adaptive suspension system called Genesis Adaptive Control Suspension, the all-wheel-drive system promises to offer ride comfort and road holding comparable to the German brands. The standard transmission is an eight-speed automatic.

As expected, the G90 is the first production model to feature Hyundai’s new twin-turbocharged 3.3-liter V-6 engine. Here, the engine delivers approximately 365 horsepower and 376 pound-feet of torque, which is enough for 0-62 mph acceleration in 6.2 seconds. Other engines on offer include an entry-level 3.8-liter V-6 with 311 hp and 293 lb-ft as well as a range-topping 5.0-liter V-8 with 420 hp and 383 lb-ft. The V-8 is clearly the quickest of the bunch, requiring just 5.7 seconds to reach 62 mph. Specifications for the United States will be announced closer to the market launch in 2016.

Those performance numbers are impressive given the size and weight of the G90. It’s a big car. The length measures in at just under 205 inches, which is comparable to the full-size sedans from the German brands. The weight, meanwhile, comes in at a staggering 5,335 lb—and this is for the lightest version. The heaviest is a tank-like 5,720 lb. Remember, the latest BMW 7-Series even in long-wheelbase guise weighs as little as 4,225 lb.

Inside the cabin, Italian leather and real wood are used extensively. You’ll also find plush seats with 22-way adjustment for the driver; a 12.3-inch display; a camera-monitoring system; and a premium sound system from Lexicon. Elsewhere in the well-appointed cabin, air conditioning is divided into three separately-controlled zones, and occupants can charge their cell phones using the latest in wireless charging technology.

There is also a long list of electronic safety and convenience features such as adaptive cruise control with lane keep assist, autonomous emergency braking with pedestrian detection, and warning systems for blind spots and driver attention. For the Korean market, the G90 will also be available with a semi-autonomous highway mode.

At present, Hyundai has only shown the Genesis G90 in its home market of Korea, where the big sedan will be known as the EQ900. We’ll probably see it for the first time on local soil at next month’s 2016 Detroit Auto Show.

Note, Hyundai has confirmed a six-car lineup for its Genesis brand by the end of the decade. In addition to the aforementioned G80, we should also see an SUV, a small sedan and a replacement for the aging Genesis Coupe.