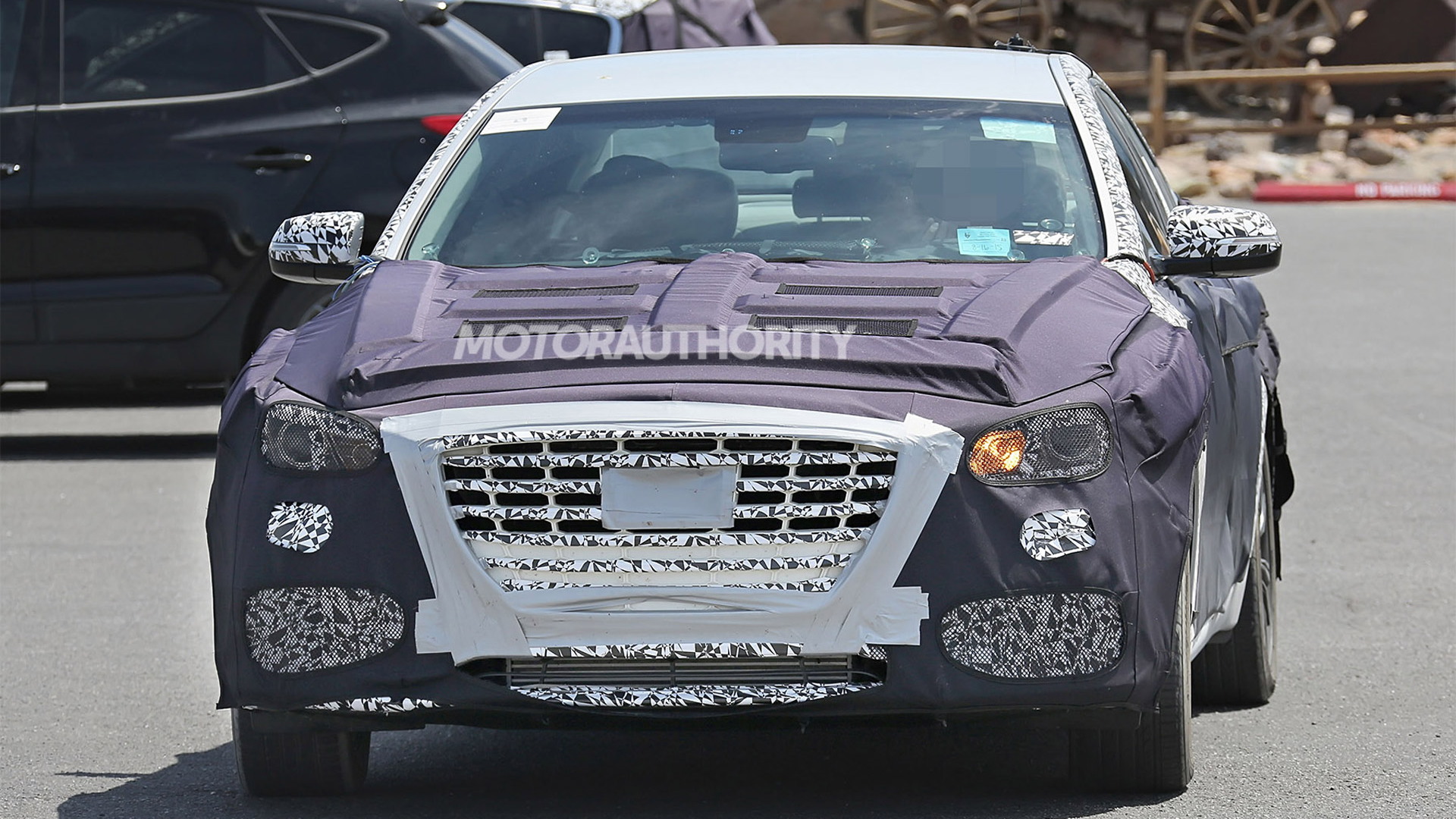 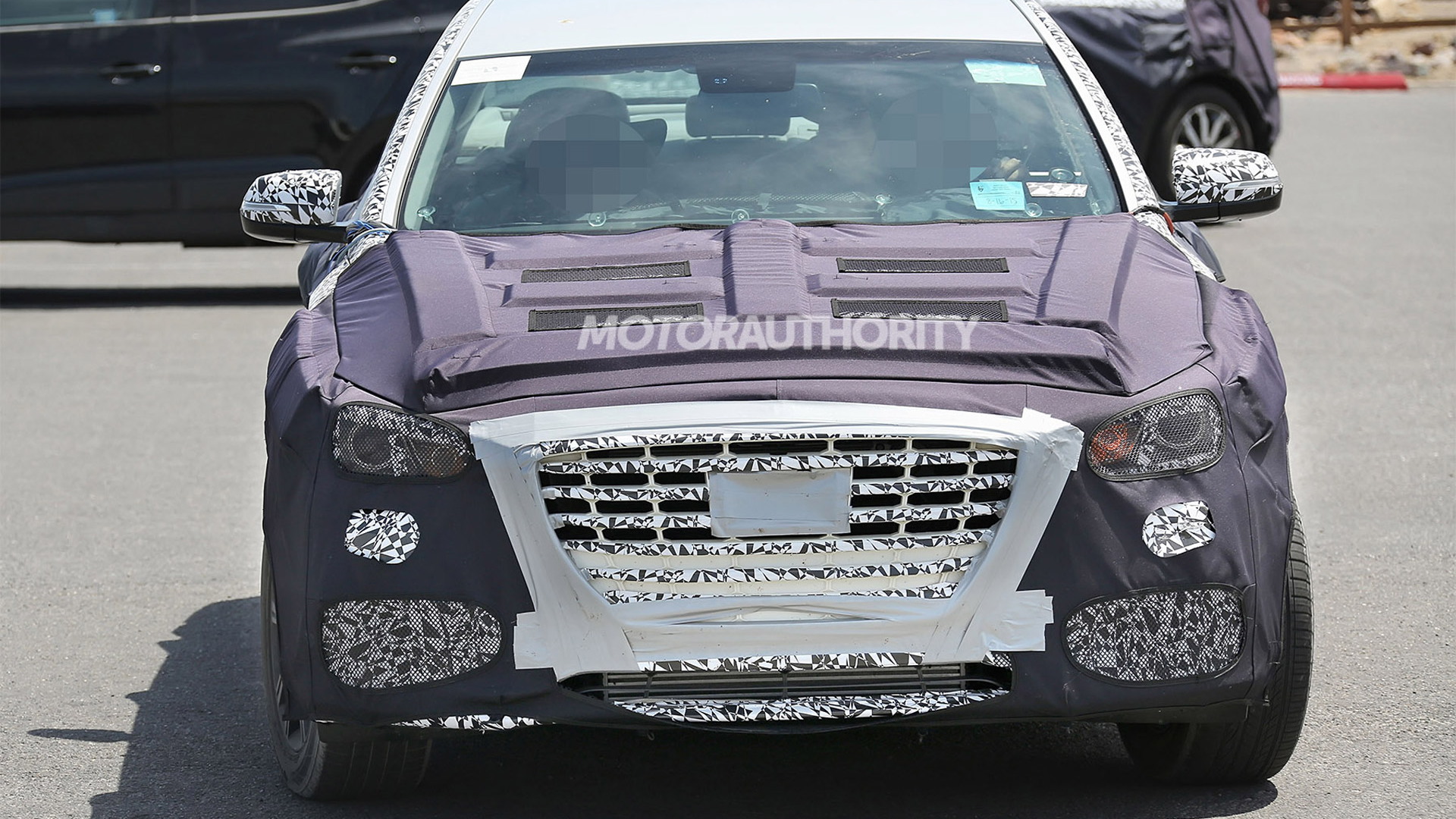 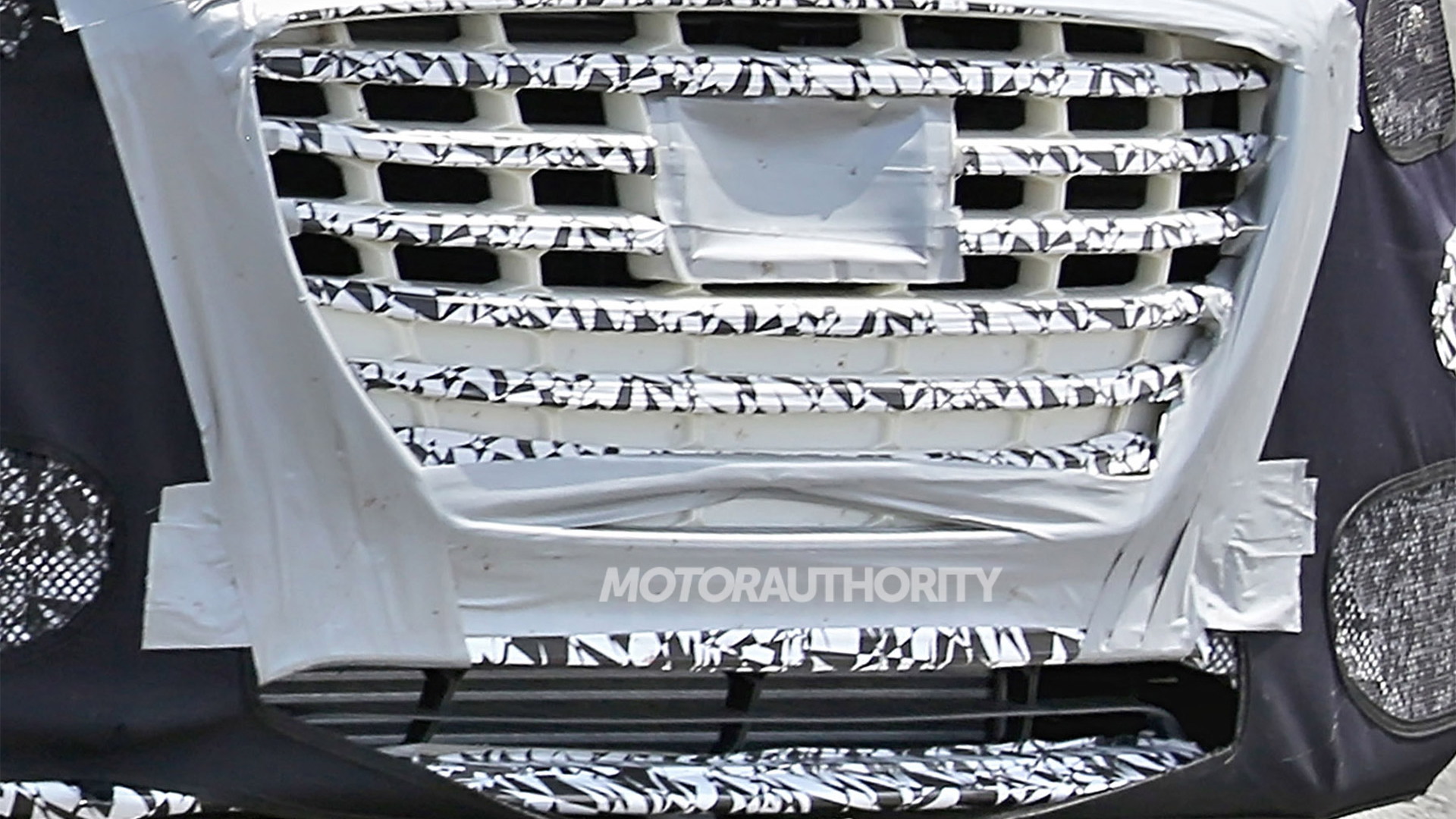 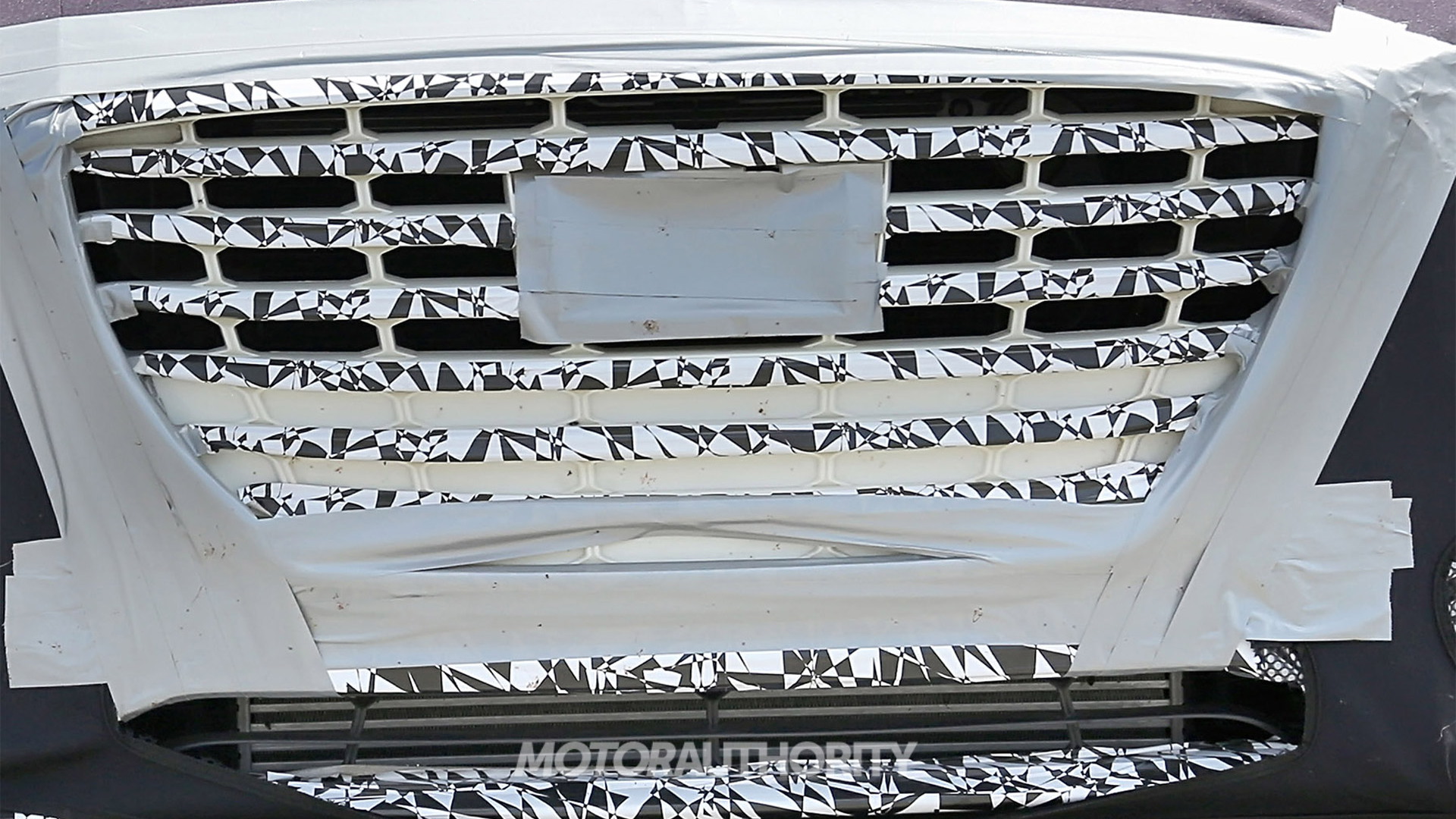 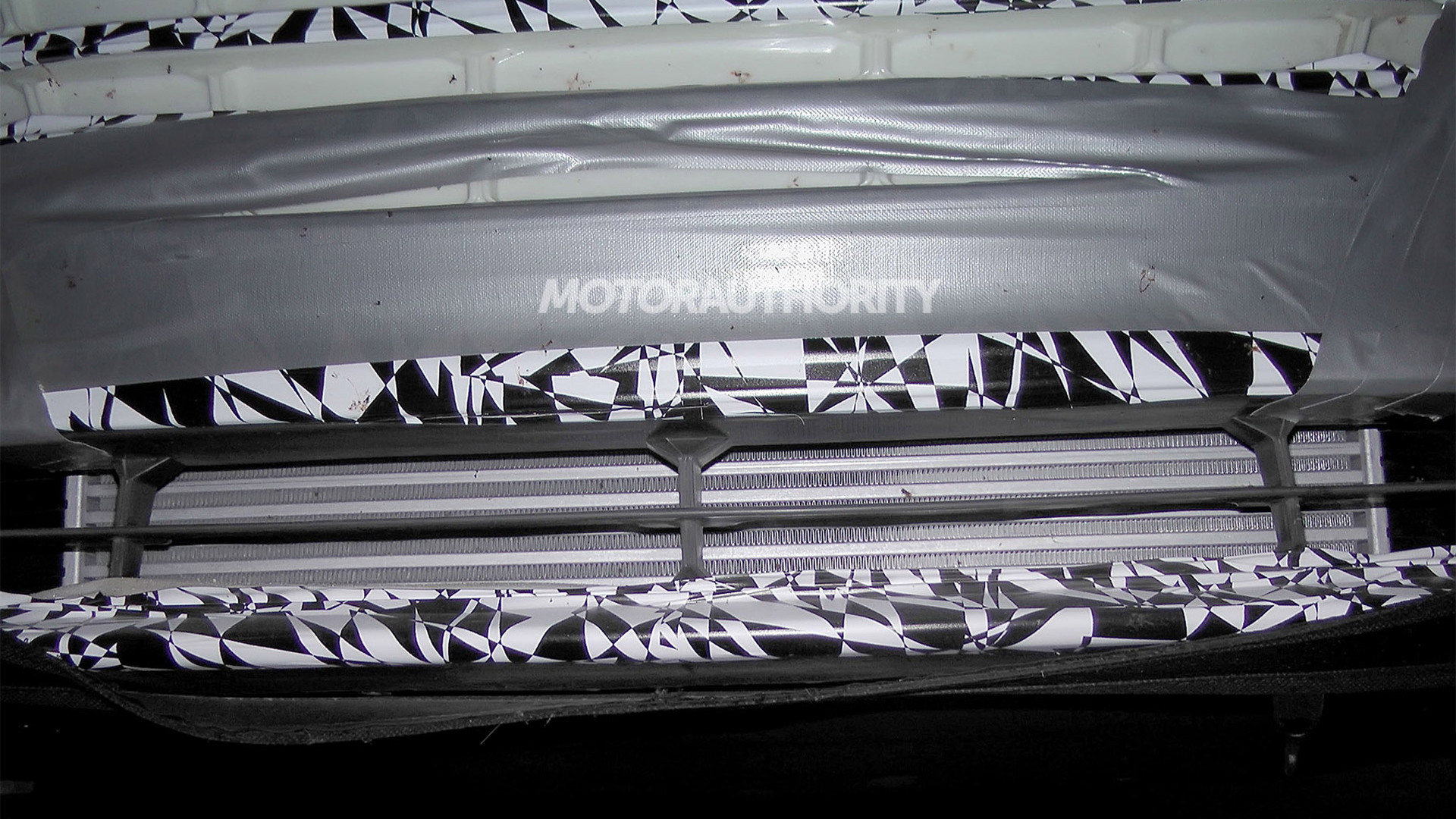 Hyundai recently confirmed it was launching a new luxury brand under the Genesis name, which by the end of the decade will have six distinct models. These models will feature names consisting of a capital G and a number, 90, 80 or 70 etc., representing their positioning in the lineup, with the first to be a new G90 flagship sedan replacing the current Hyundai Equus. The G90 is set for a reveal early next month and has already been previewed in teaser form. It goes on sale next year, as a 2017 model.

The second model will be a G80. However, unlike the G90, the G80 won’t be an all-new model but rather an update of the current, second-generation Genesis sedan. Prototypes for the updated Genesis/G80 have been spotted, revealing some new details about the car. The heavy camouflage gear suggests a number of visual updates are planned, perhaps with some styling cues borrowed from the Vision G concept.

The prototype is also wearing a bumper that features an opening below the front grille, through which we can clearly see an intercooler. Yes, Hyundai is planning a turbocharged engine for the G80. The news doesn’t come as much of a surprise as the automaker’s head in the United States, Dave Zuchowski, has said in the past that a twin-turbocharged V-6 is coming.

Look for the G80 to be introduced sometime next year, as a 2017 model. Shortly after, Hyundai will introduce a replacement for the Genesis Coupe. It will be a bigger, more premium car likely called a Genesis G80 Coupe.