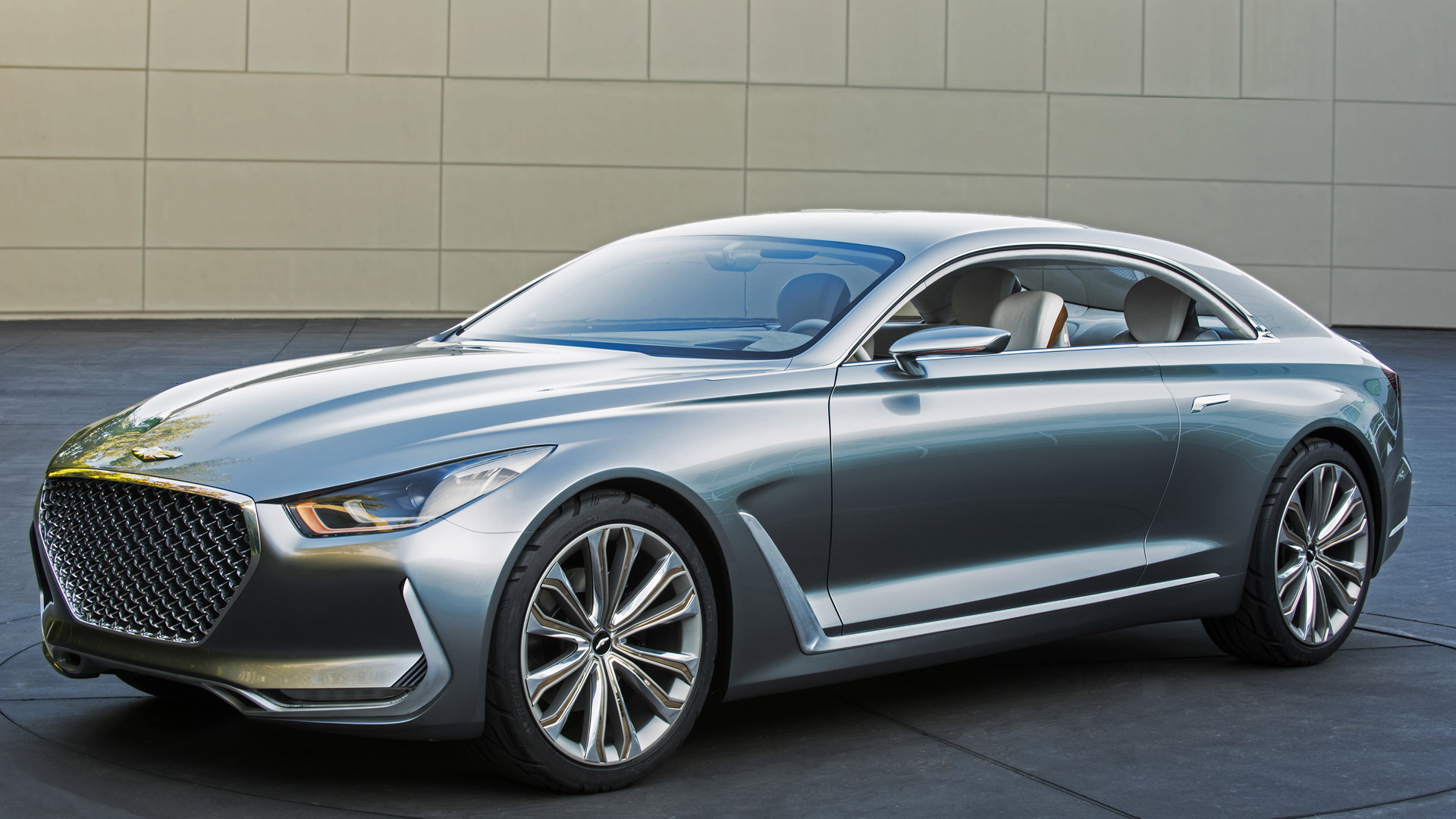 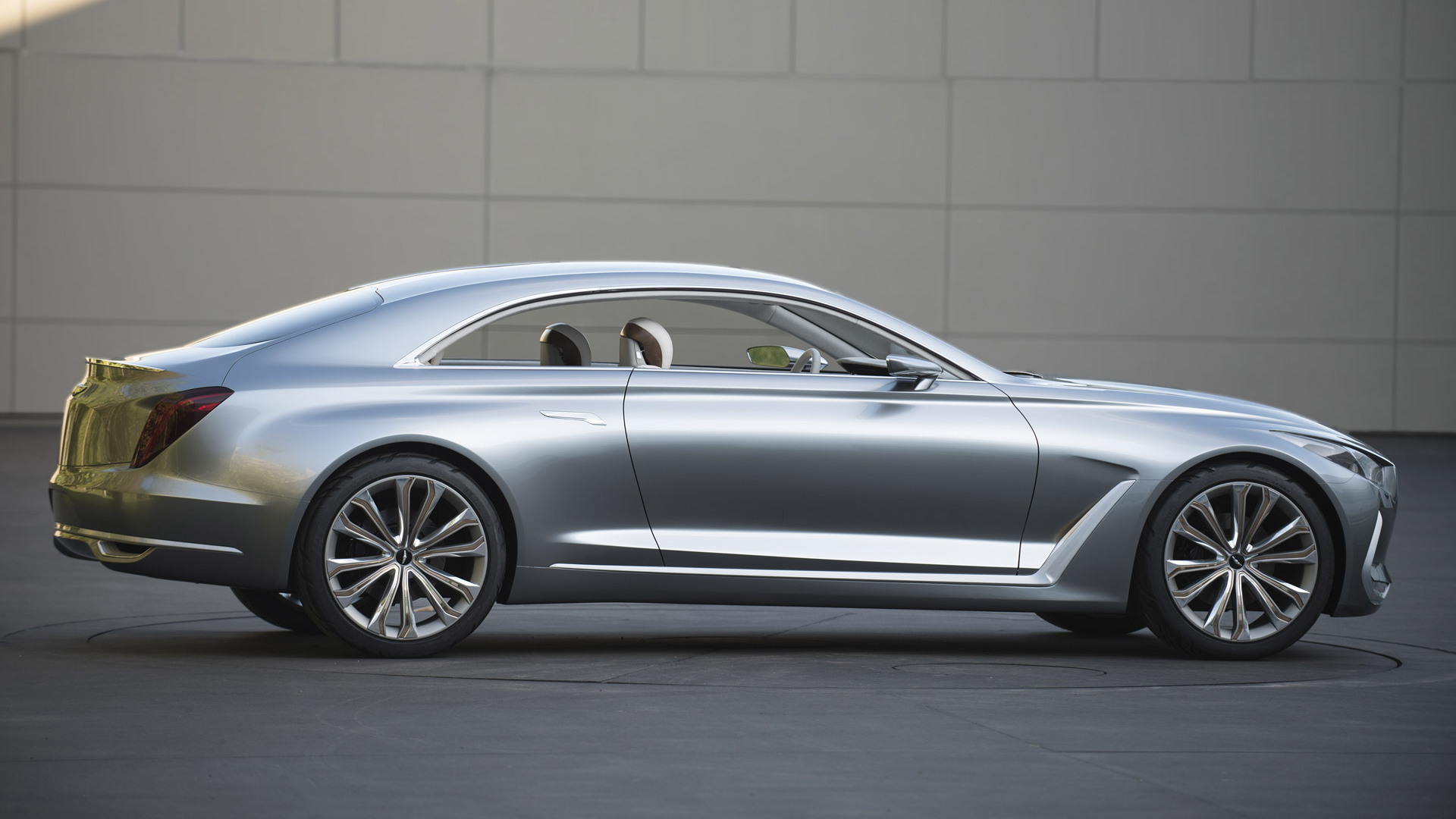 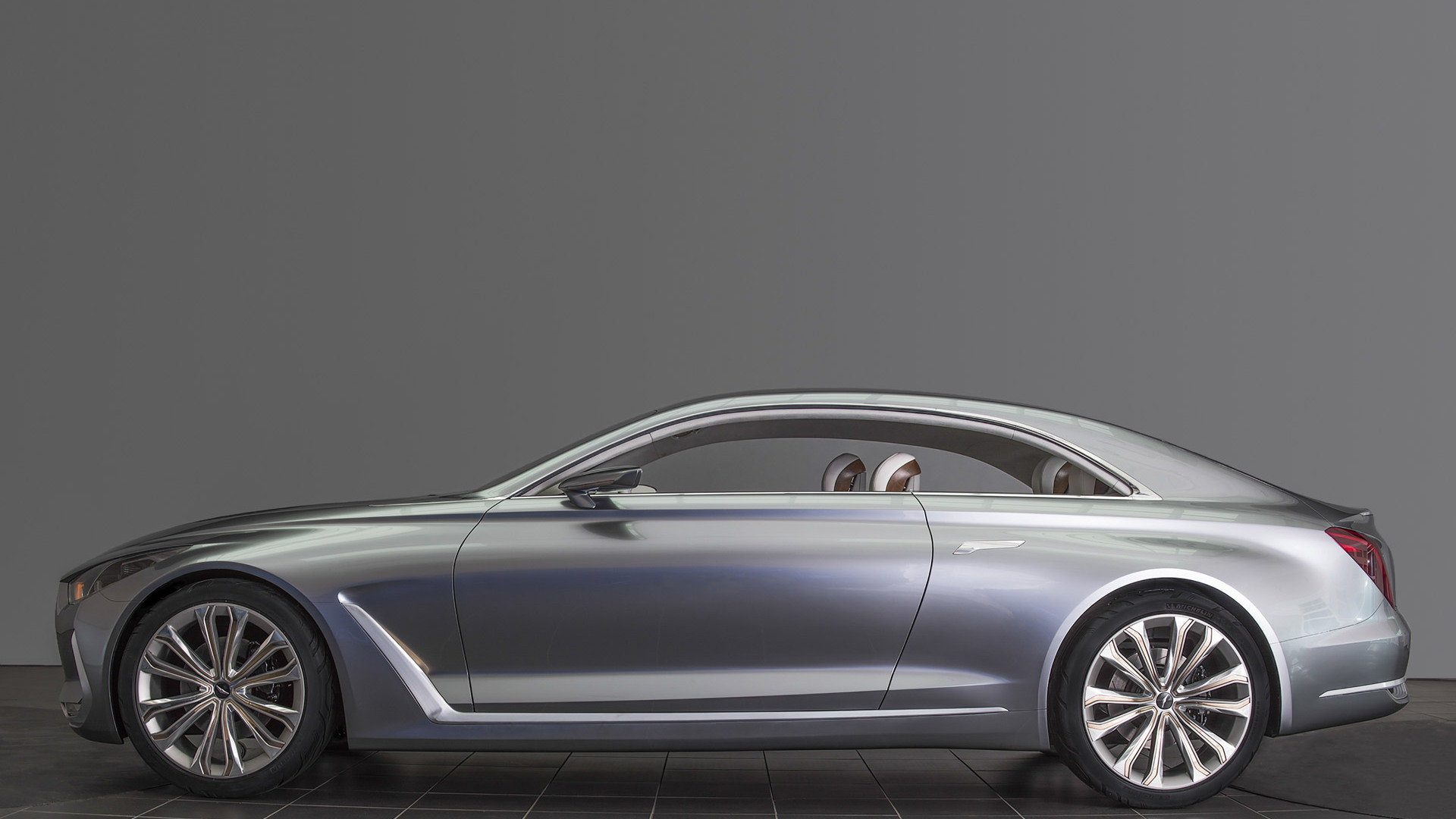 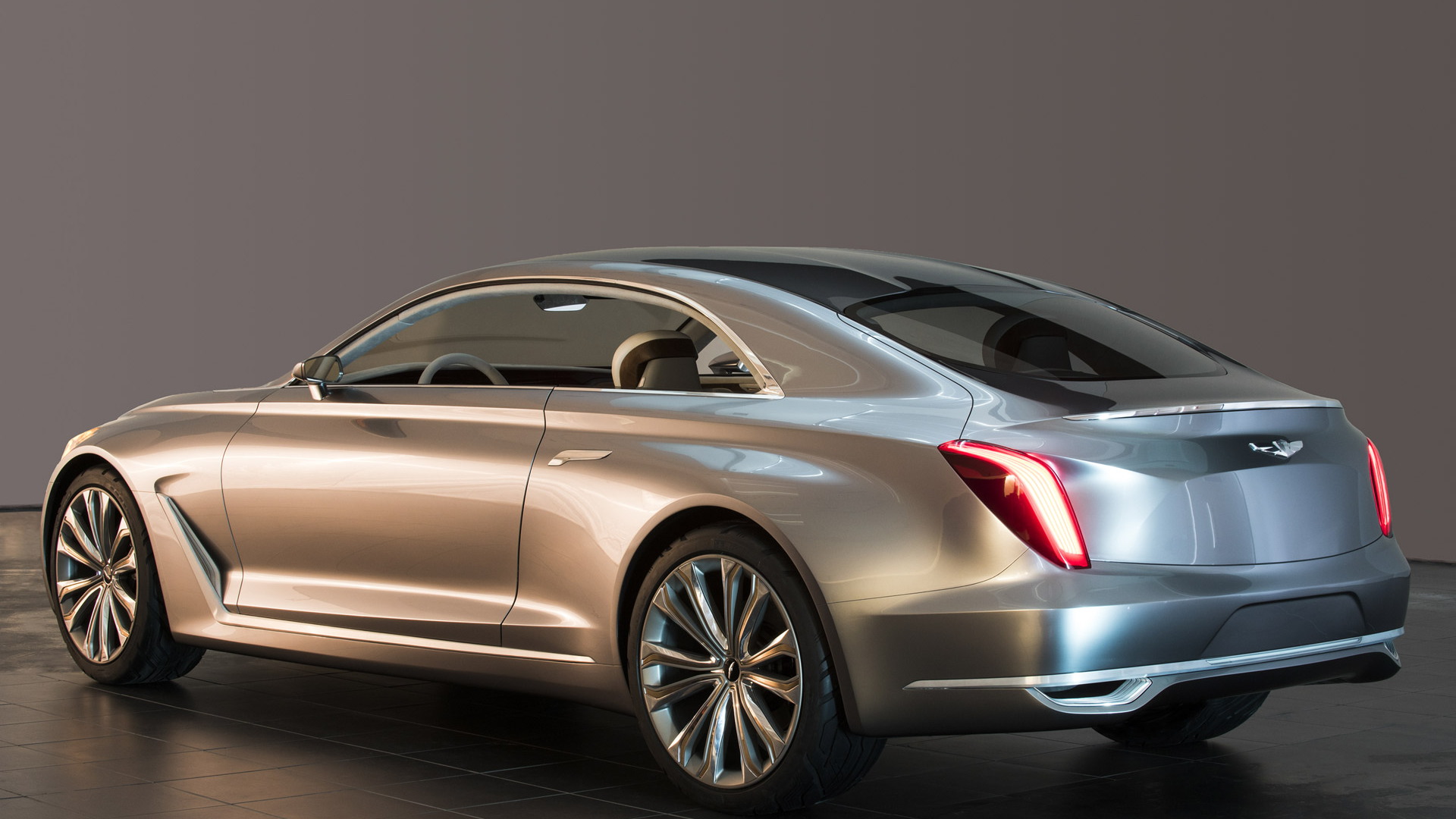 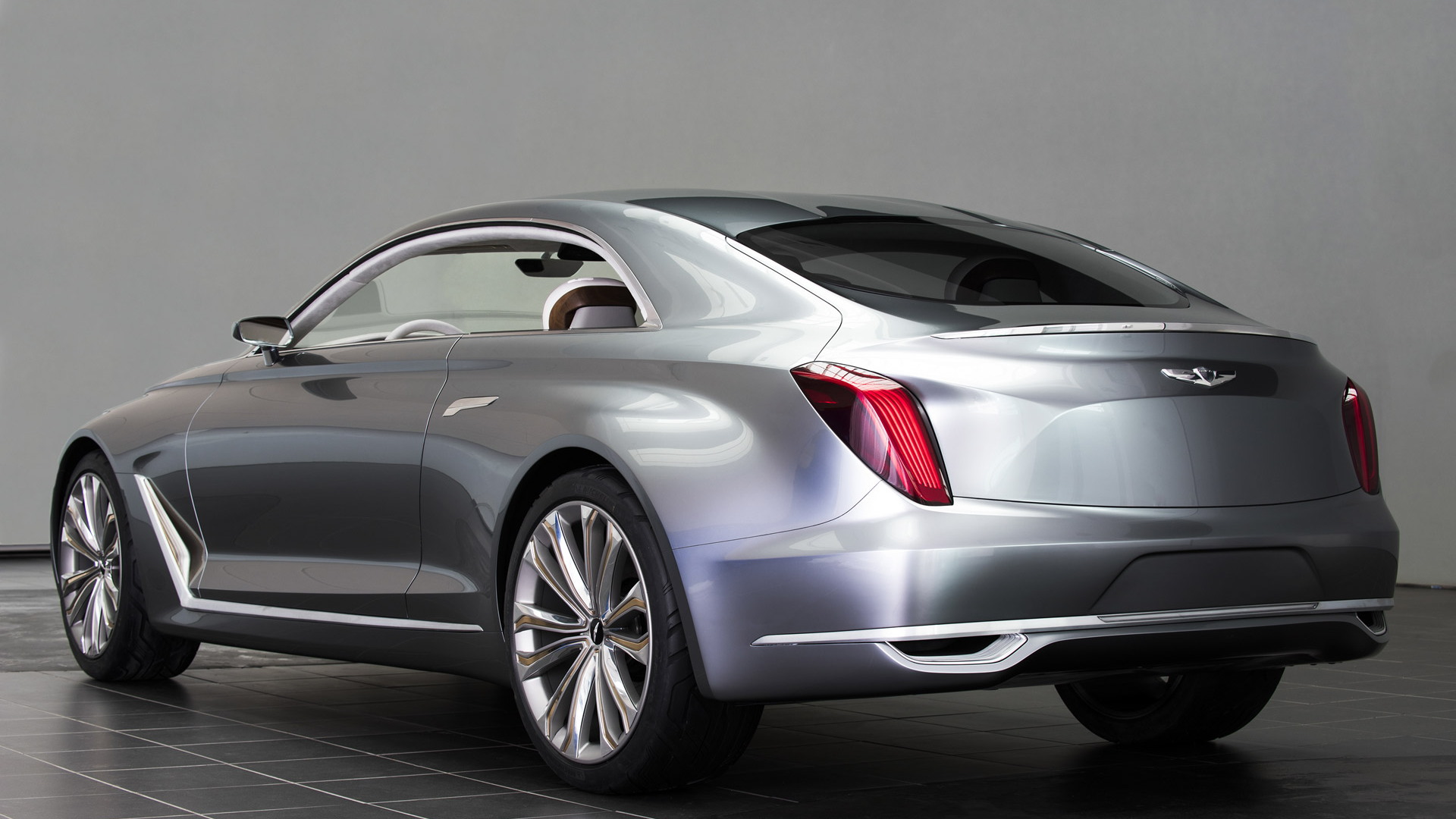 About a month ago we told you Hyundai would be bringing a new concept car code-named HCD-16 to the Los Angeles County Museum of Art, and that this concept would be in the form of a large, luxurious coupe. Well, Hyundai has now revealed the concept, whose name is Vision G, and according to the automaker the concept serves as inspiration for a “family of future premium products” that will offer luxury, performance and style together with the top value the Hyundai brand is renowned for.

The concept features a handsome, sharply-tapered profile and dramatically proportioned wheels. It’s a look we're expecting on the next-generation Equus flagship sedan as well as a bigger, more luxurious successor to the Genesis Coupe. Hyundai in 2013 unveiled the HND-9, another slinky two-door concept thought to preview the new Genesis Coupe. However, since the unveiling of the HND-9, the Korean automaker has dropped hints that the car will be growing in size and positioned further upmarket, something confirmed by test mules spotted in the wild.

But getting back to the Vision G, Hyundai says the concept was designed with coordinated input from the automaker’s studios around the world, but led by designers in the United States as well as overarching design chief Peter Schreyer. It features a number of elements popular in the luxury segment at the moment, such as a long hood, high waistline, low roof and wheels pushed out to the corners. For the interior, the designers went with a minimalistic look, albeit one that’s still premium.

In a statement, Schreyer said the idea of chivalry played a big part in the design of the Vision G. He explained that the restrained elegance of the concept portrays that you don’t have to shout to be noticed and respected. And the concept also attempts to serve its driver, with a door that automatically opens. Hyundai calls this the Virtual Valet Door System.

Under the skin is the same rear-wheel-drive platform found in the latest Genesis sedan, and sitting up front is the automaker’s familiar 5.0-liter V-8 engine which delivers 420 horsepower and 383 pound-feet of torque.

The next major outing for Hyundai’s Vision G concept will be this weekend’s Pebble Beach Concours d'Elegance. For more from the event, head to our dedicated hub.