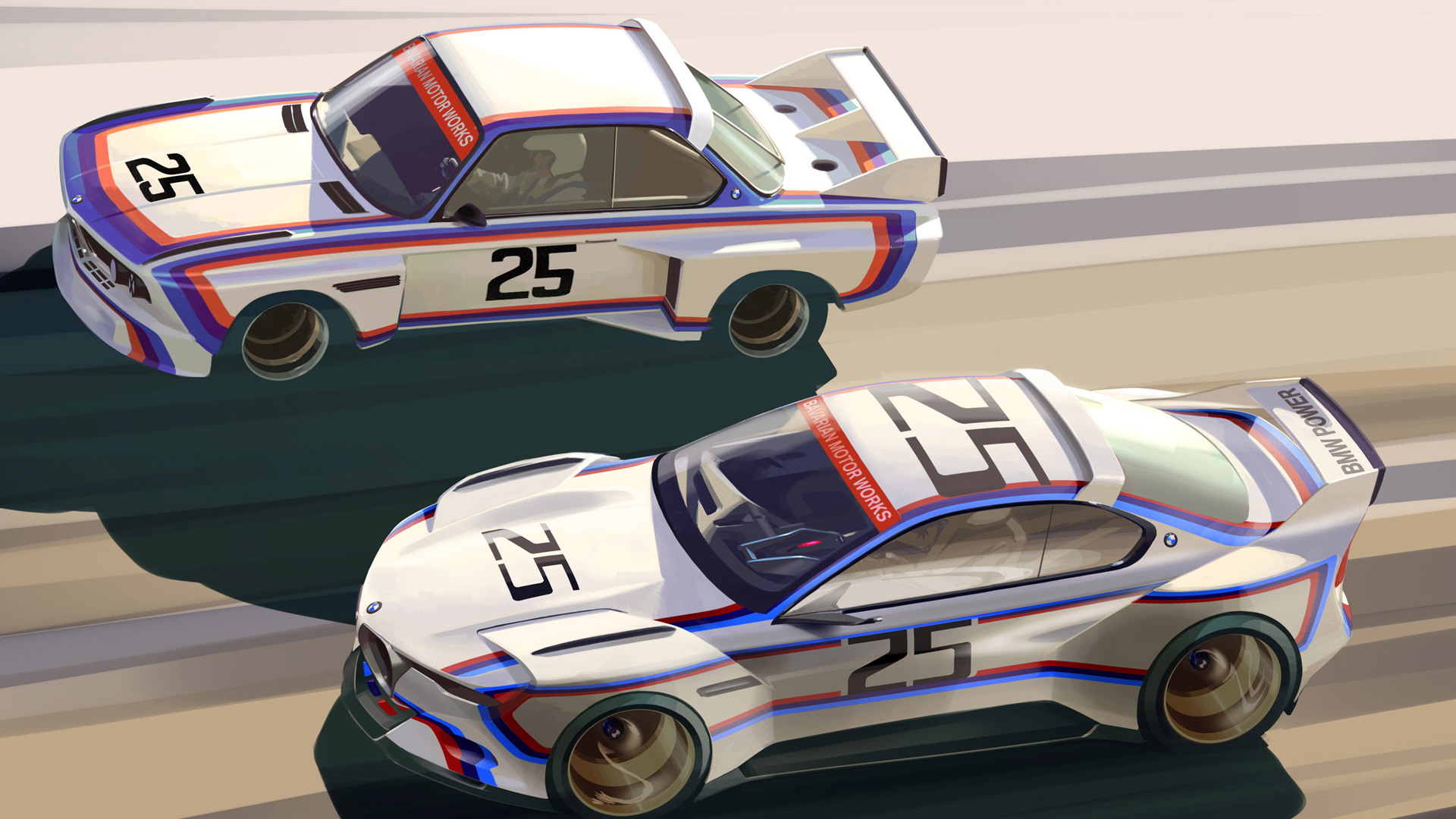 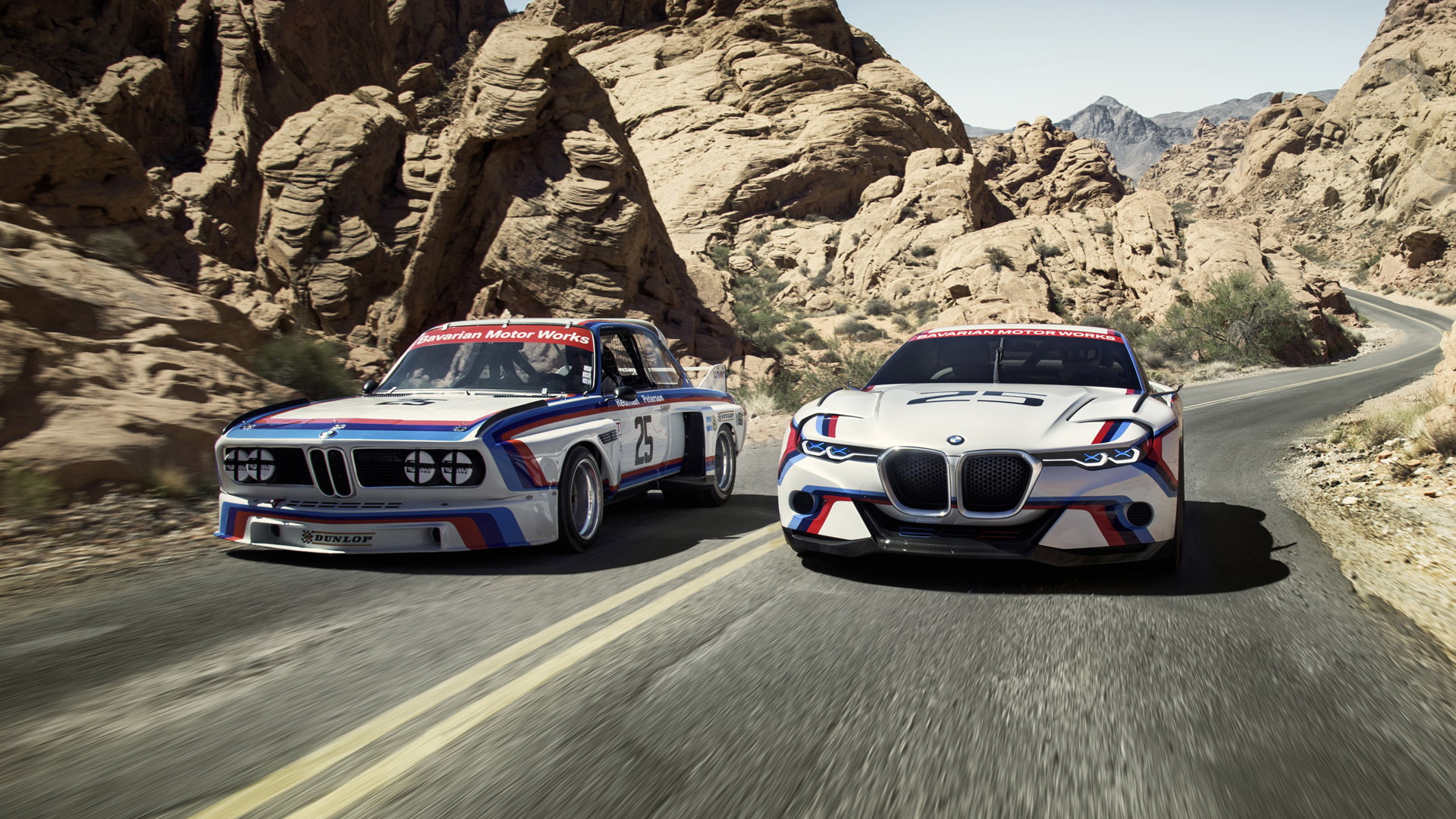 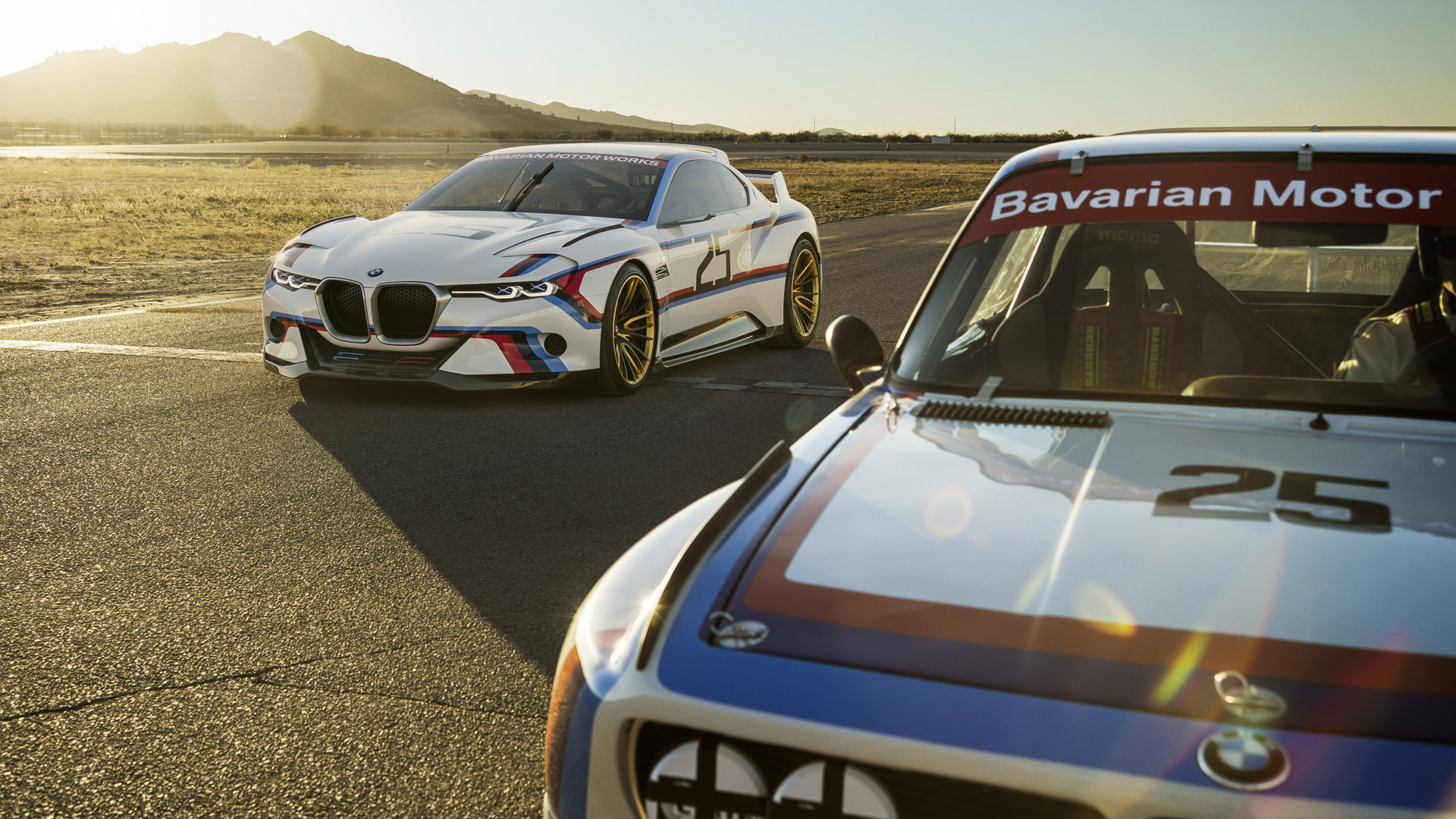 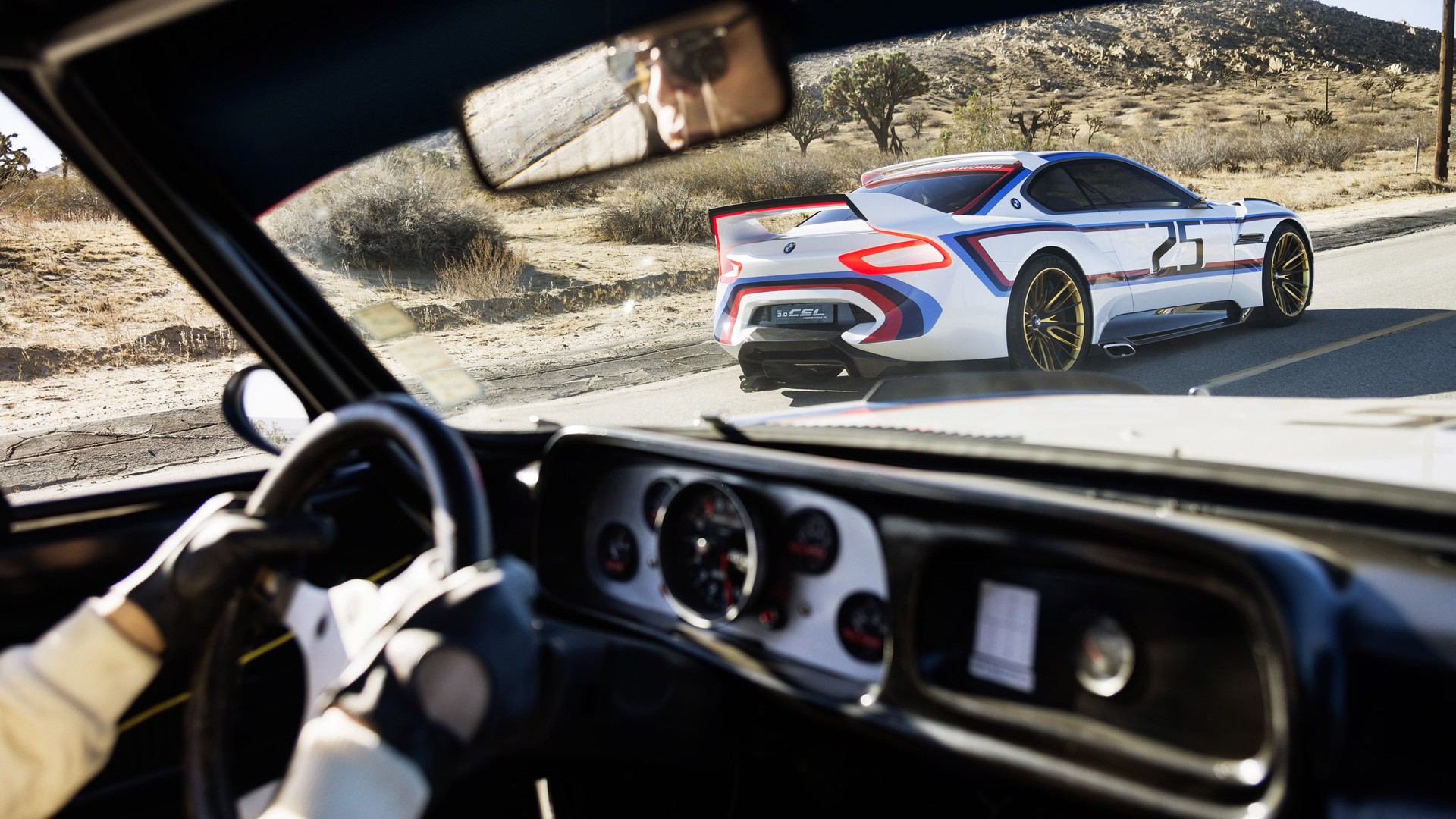 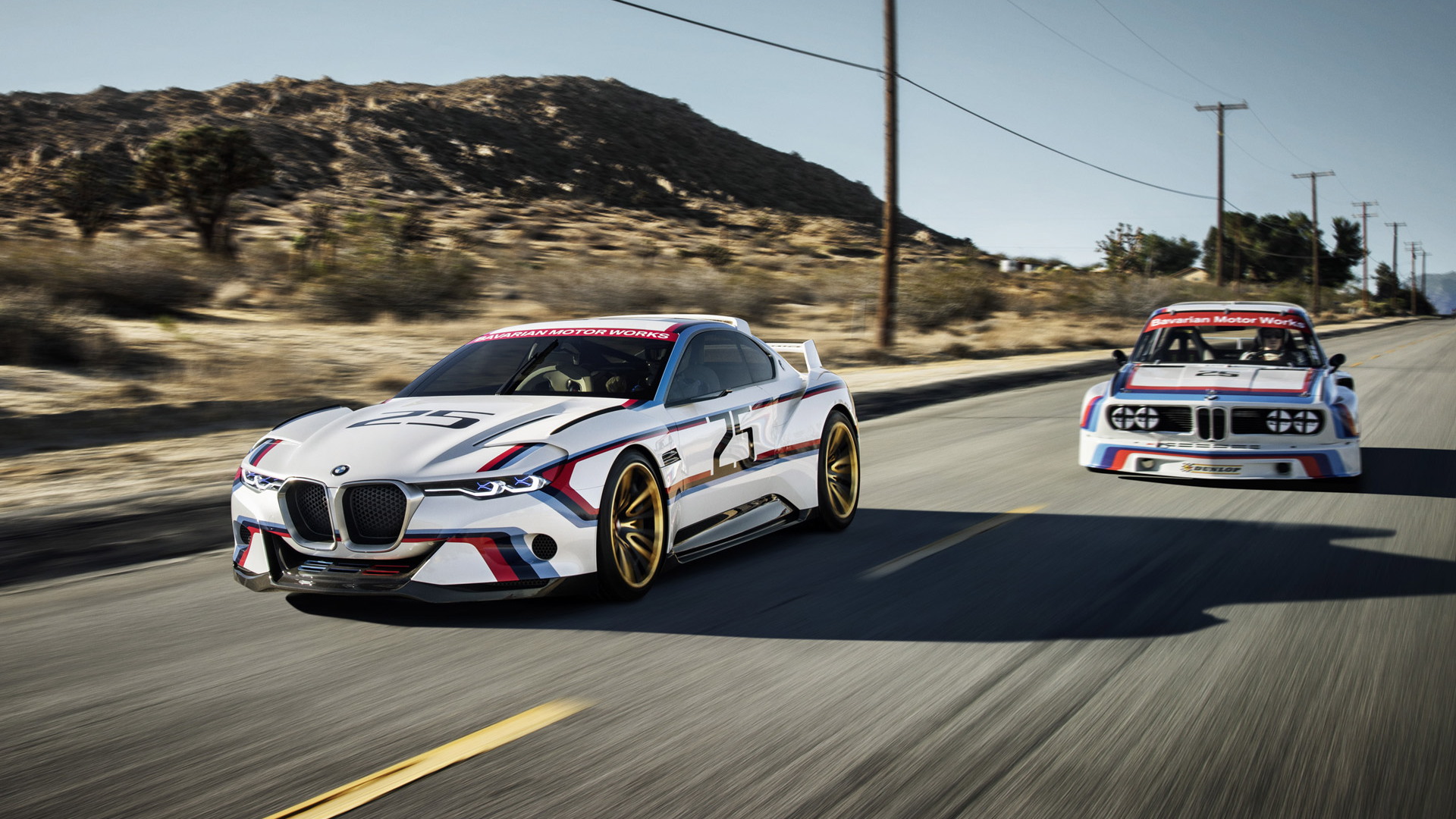 They say styling is a subjective thing, but given the comments our original post on the reveal of BMW’s 3.0 CSL Hommage during May’s Concorso d’Eleganza Villa d’Este generated, it’s safe to say that the automaker’s designers had got it wrong. But were we all just a bit too hasty? We ask this because at this week’s Pebble Beach Concours d’Elegance, BMW has rolled out an updated version that’s much easier on the eyes.

The updated version is called the BMW 3.0 CSL Hommage R, with the “R” signifying that the latest design honors the actual BMW 3.0 CSL race car of the 1970s (the previous concept honored the 3.0 CSL homologation special), and its presence in Monterey also helps celebrate the 40th anniversary of BMW of North America—BMW’s first official sales company outside Europe.

Gone is the garish paint scheme of the previous concept, replaced instead by an elegant white finish accented with signature BMW M colors. The designers have also removed much of the brightwork of the original concept, including the chrome wheels, and the new diffuser insert at the rear adds some welcome detail to the bathtub-like rear of the original.

While we’re unlikely to see a showroom model based on the 3.0 CSL Hommage concepts, there is the chance that some of the technological advances demonstrated will make it to production. Some practical features of the concepts include the lightweight carbon fiber-reinforced plastic components, functional aero elements, laser and LED headlights, and 3.0-liter six-cylinder engines complete with “eBoost” electrically-aided turbochargers.

For the cabin, a carbon fiber cell is used for the function of a roll cage but also to increase structural rigidity. The carbon cell is integrated into the structure of the car’s roof and side sections and forms the basis for the interior’s singularly minimalist geometry. All the elements in the interior are there out of absolute necessity; every component has been designed with a purpose, BMW tells us.

For example, the instrument panel doubles as a cross-member. It features a wood-like finish as a reference to the central element of the original 3.0 CSL. In the rear, there is a spot in the center tunnel designed to house two helmets. These are held in place by a belt when not in use. Finally, two longitudinal braces jut out to the rear and under these are the covers for the storage system where recovered electrically energy is stored until required by the turbocharger’s eBoost system.

Let us know what you think of the BMW 3.0 CSL Hommage R in the comments section below, and for more Pebble Beach coverage simply head to our dedicated hub.