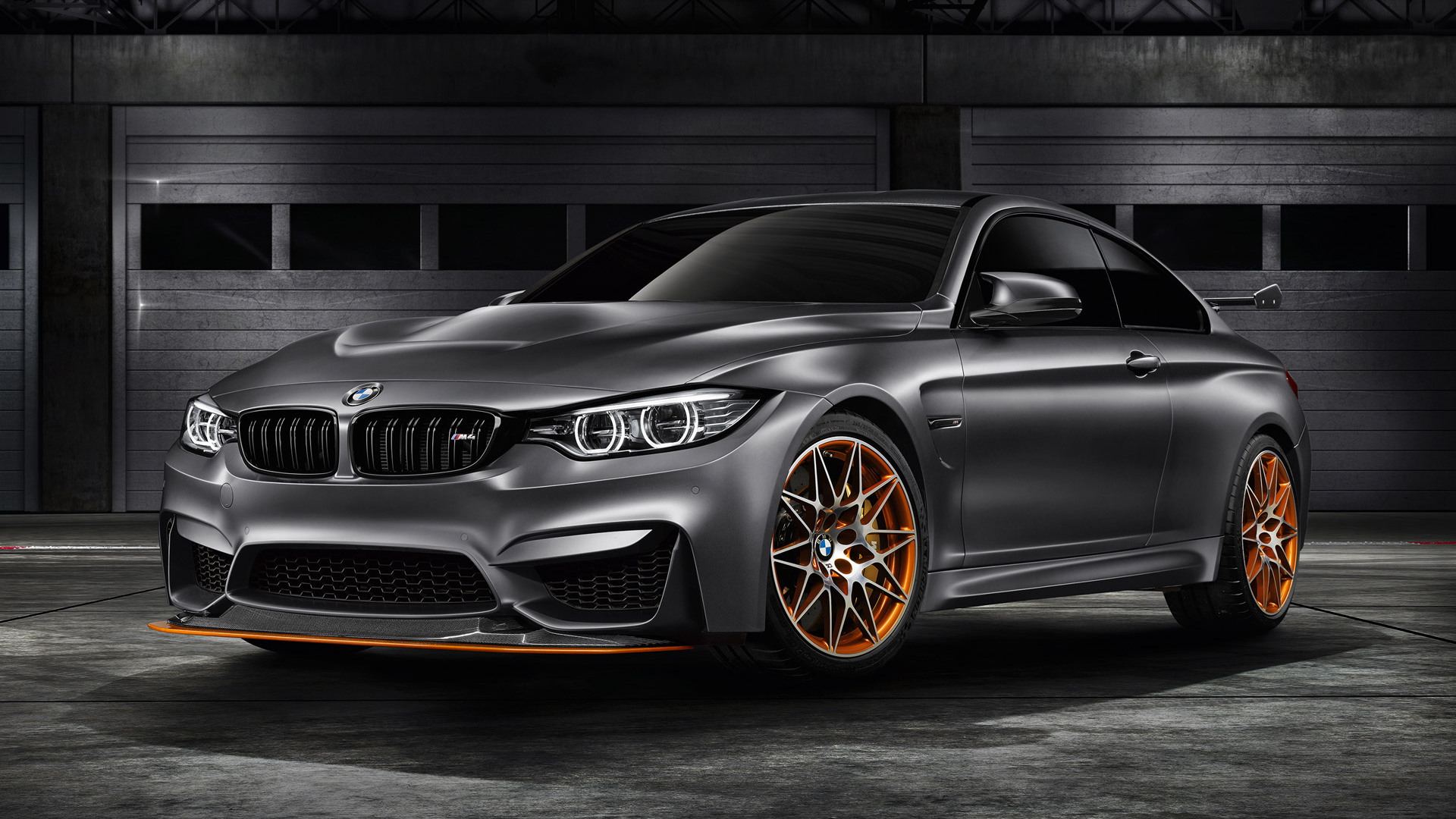 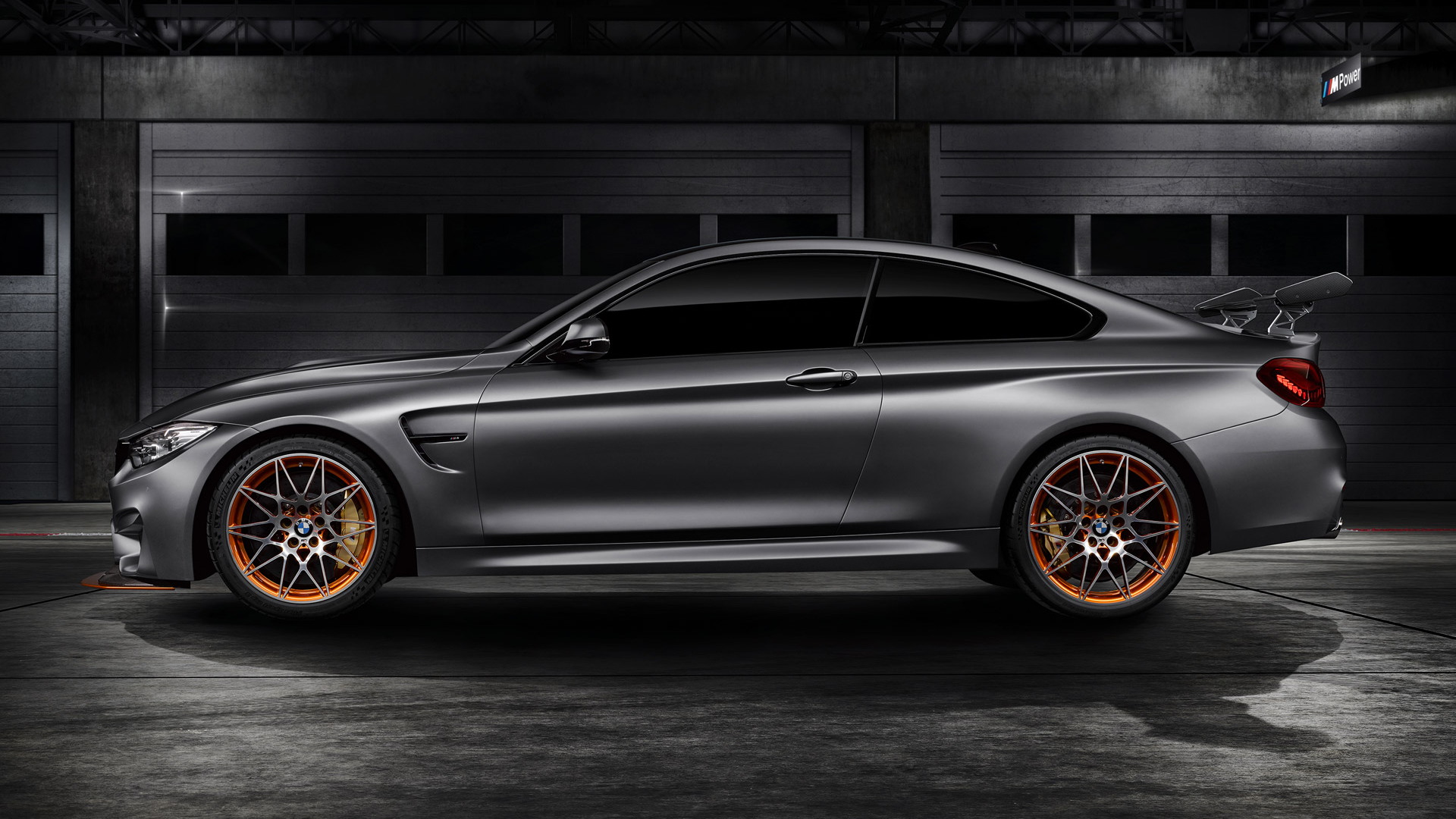 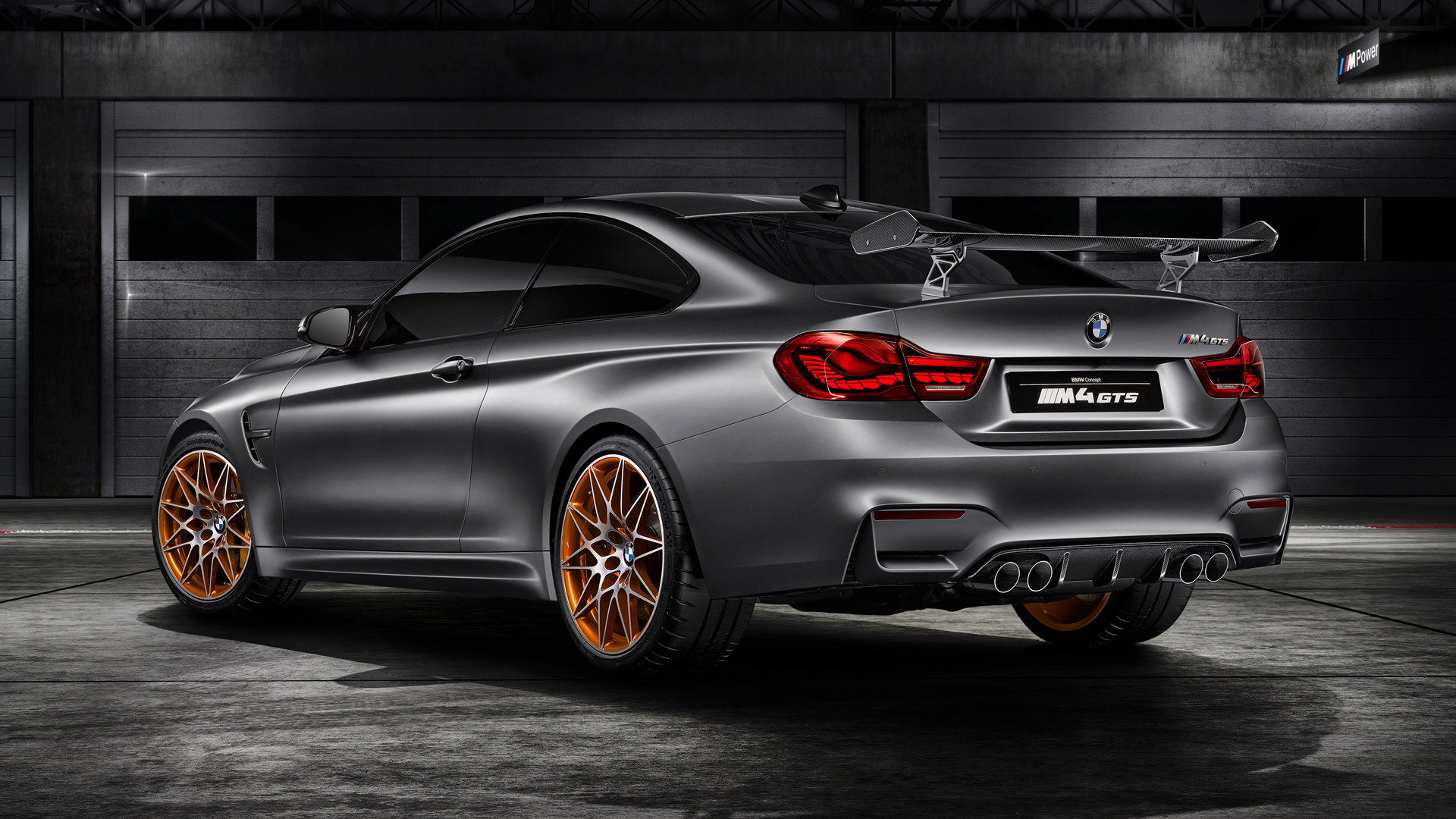 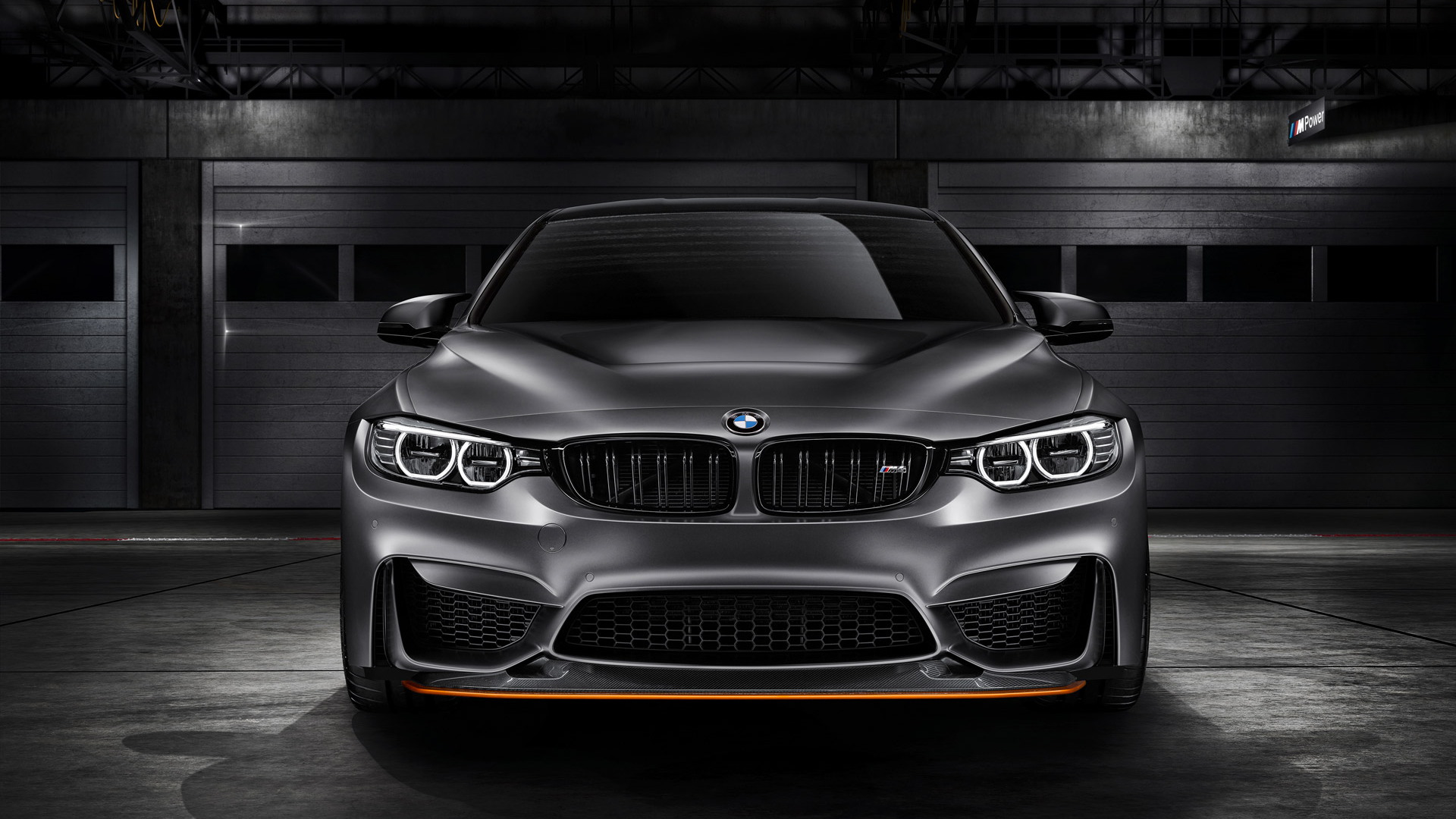 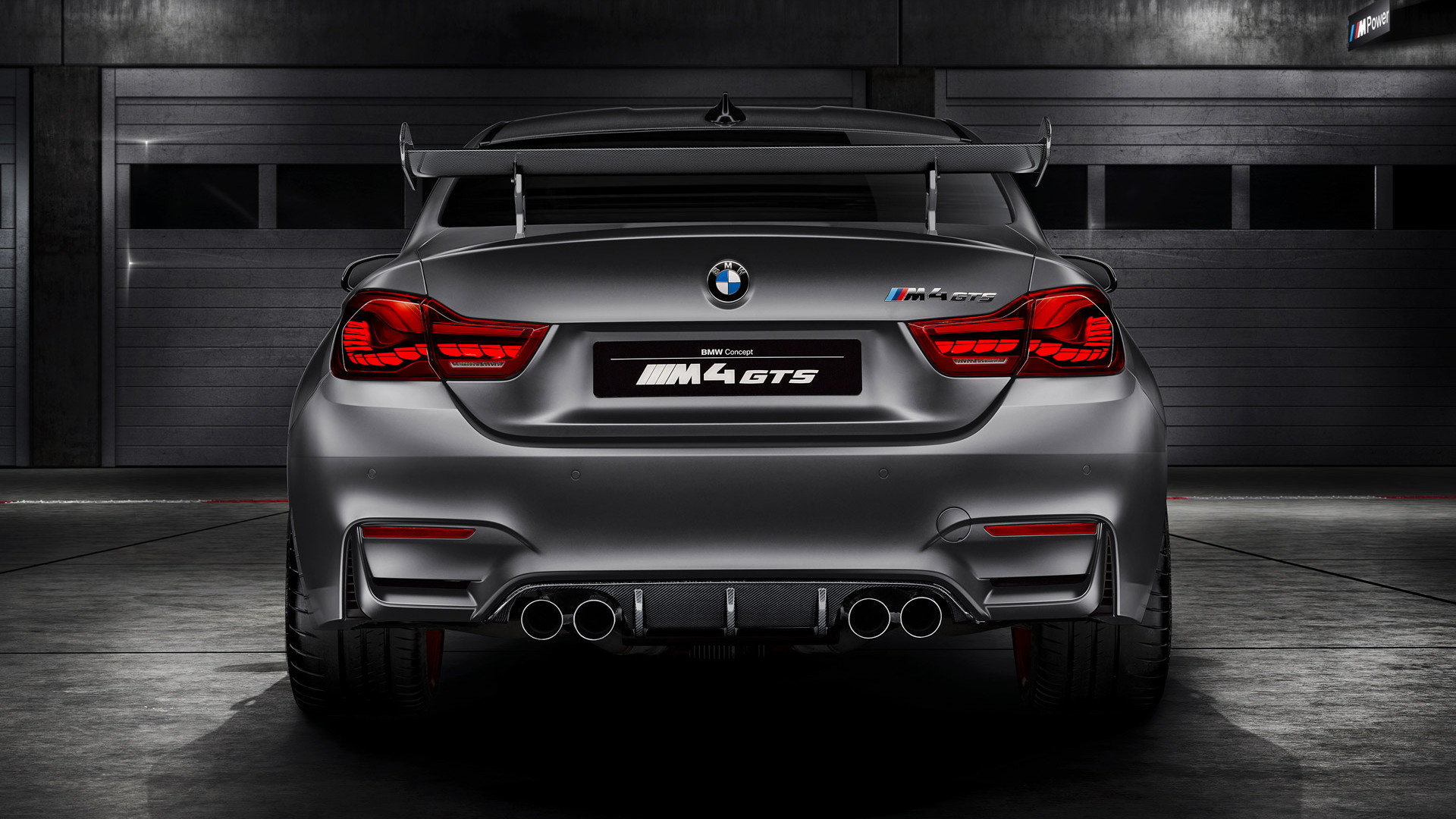 BMW’s plans for a more hardcore, track-focused version of its M4 sports coupe has been one of the worst kept secrets of the year. First there were the prototypes spotted at the Nürburgring. Then there was the MotoGP M4 safety car that featured a water-injection system BMW said was destined for production. And then a car named the M4 GTS showed up in BMW’s dealership ordering system, adding the final piece of the puzzle.

Well, BMW has finally ended all of the rumors with the reveal of the M4 GTS concept at this week’s Pebble Beach Concours d’Elegance. Along with the concept’s reveal, BMW also confirmed that a production version will follow in 2016 without providing any further details.

The M4 GTS is the successor to the M3 GTS, which was launched in 2010 but never sold in the United States. That won’t be the case for the M4 GTS as BMW has confirmed the vehicle for local sale. It follows a successful formula utilized for previous BMW specials such as the M3 Evolution (1988), M3 Sport Evolution (1990), M3 GT (1995), M3 CSL (2003), and the aforementioned M3 GTS, and that’s an increase in power combined with a reduction in weight.

Unfortunately, there aren’t many specs to go on, but we can expect plenty of technology honed in race competition to feature on the car. One of these is a water-injection system. Designed for turbocharged engines, in this case the standard M4’s turbocharged 3.0-liter straight-six unit, the system sprays water in both the intake manifold and directly into the cylinder where it helps cool the pressurized mix of air and fuel prior to combustion.

This cooling effect makes for more efficient combustion, leading to increases in both power and efficiency. In addition, the final compression temperature in the combustion chamber—and therefore the engine’s tendency for detonation, or knock,—is reduced, allowing for more boost and earlier injection timing. Expect a 10 percent bump in power over the standard M4’s 425-horsepower rating. The stock motor’s 406 pound-feet of torque should also be increased.

Another new technology for the BMW Group debuting on the M4 GTS is OLED (organic light-emitting diode) tail lights. OLED's low installation height of just 1.4 millimeters, and the ability to actuate individual light modules that emit light to a single point, allow designers to be much more creative when designing light clusters. Multi-element lighting, layering, three-dimensional effects, and a wide variety of vivid colors—constrained by safety regulations, of course—are all possible.

Other elements on the M4 GTS are your standard track-enhancing items. There’s a manually adjustable front splitter and rear wing, both of which are constructed from carbon fiber. The hood and roof are also carbon, helping to reduce weight and lower the center of gravity, and a wide front air intake optimizes airflow and produces extra downforce. BMW says there are also some new cooling elements. For example, for the powertrain, a main radiator plus additional radiators for the high- and low-temperature circuits, transmission and turbochargers have been added.

Other touches include forged alloy wheels measuring 19 inches up front and 20 inches in the rear. They’re wrapped in Michelin Sport Cup 2 tires measuring 265/35 at the front and 285/30 in the rear, and feature an Acid Orange accent. This contrasts with the car’s Frozen Dark Gray matte metallic paint finish.

“While the BMW M4 coupe embodies the ideal combination of motor sport genes and unrestricted everyday usability, the BMW M4 GTS concept previews an emotionally powerful and exclusive special model conceived with an eye for trailblazing technology and a keen focus on the race track,” BMW M boss Frank van Meel said at the reveal. “Despite its outstanding track ability, it is still fully road-legal—this is racing technology for the road in the truest sense."

Note, this is still a concept, though in BMW tradition the production version it will spawn should be almost identical.