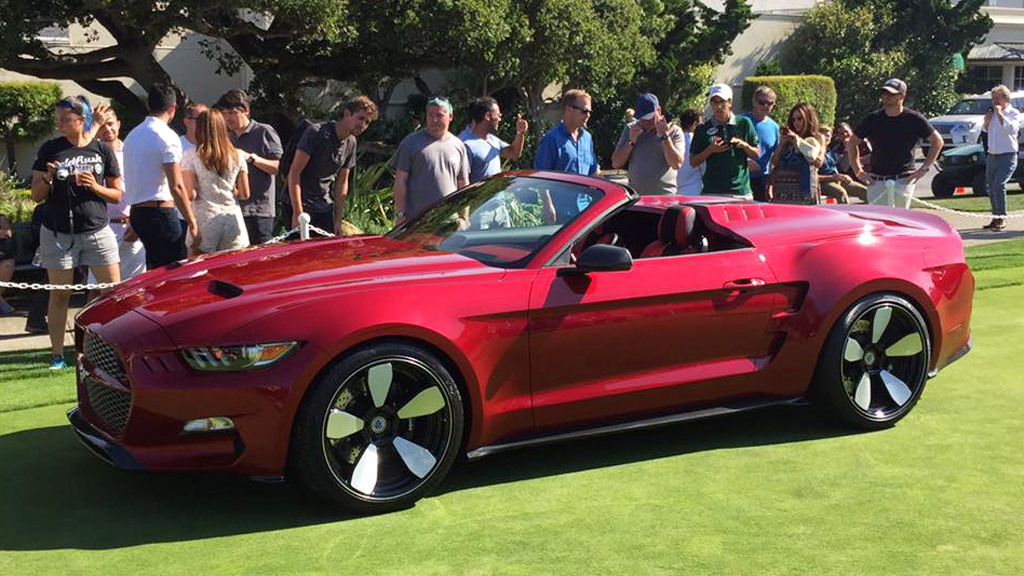 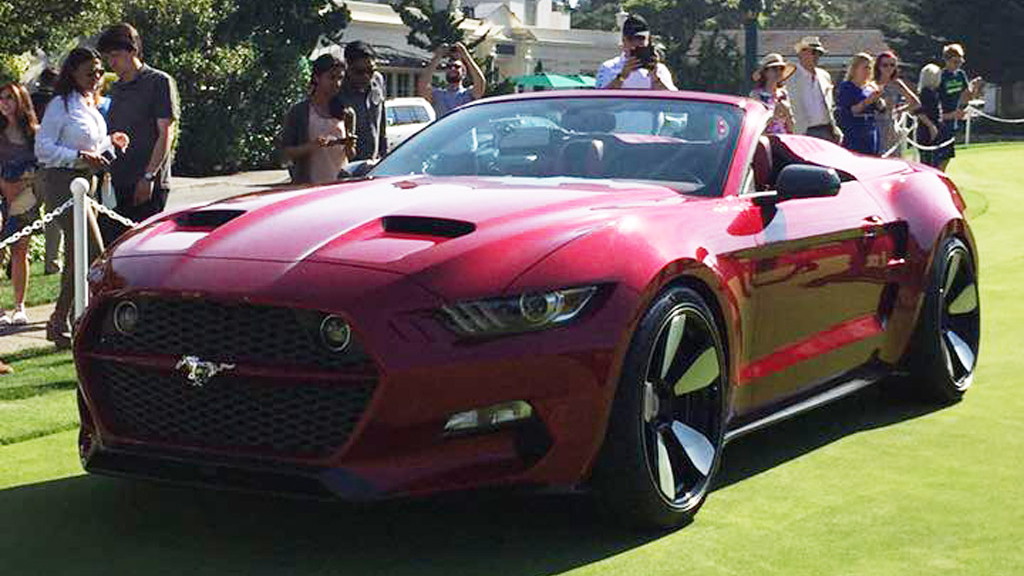 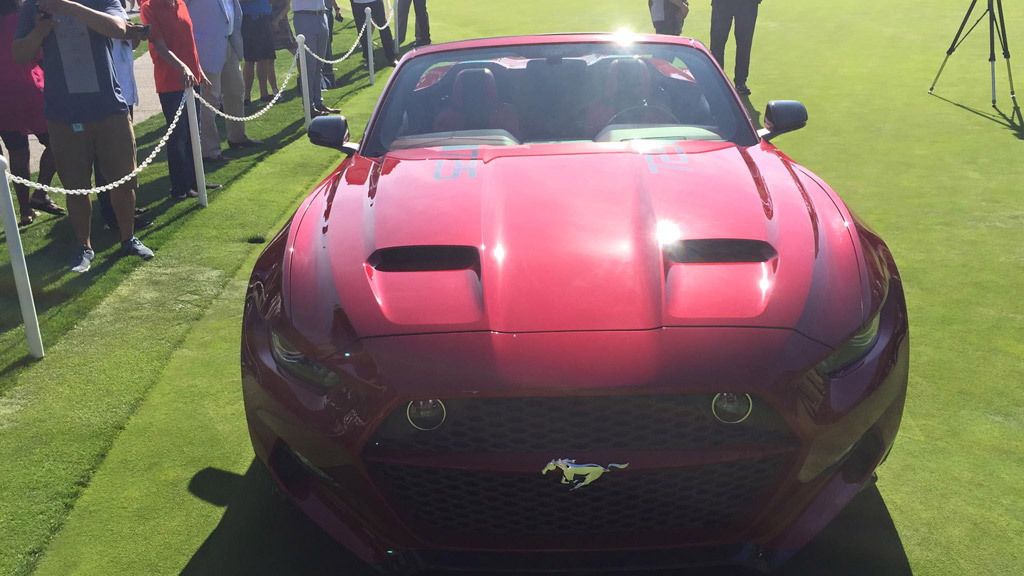 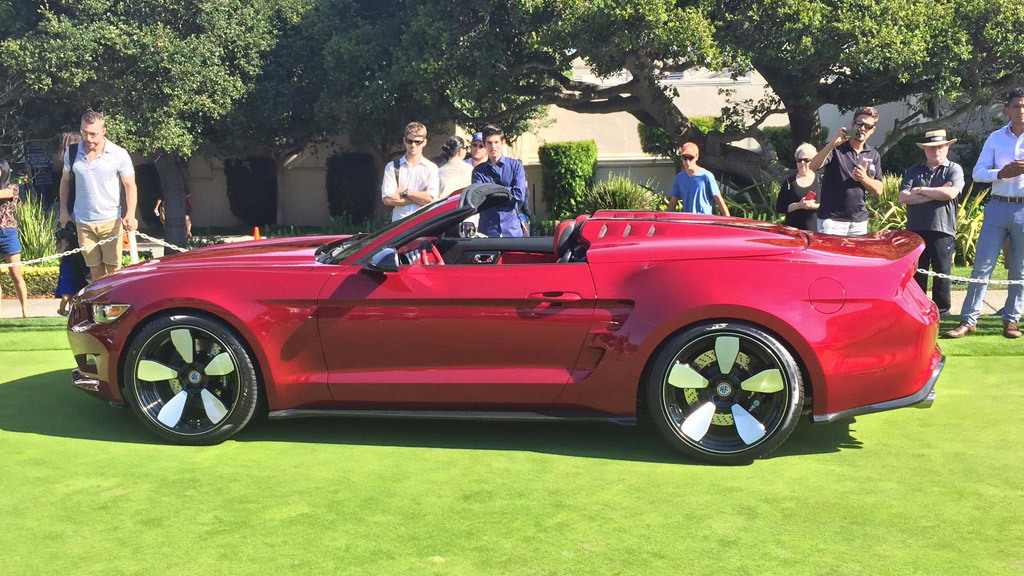 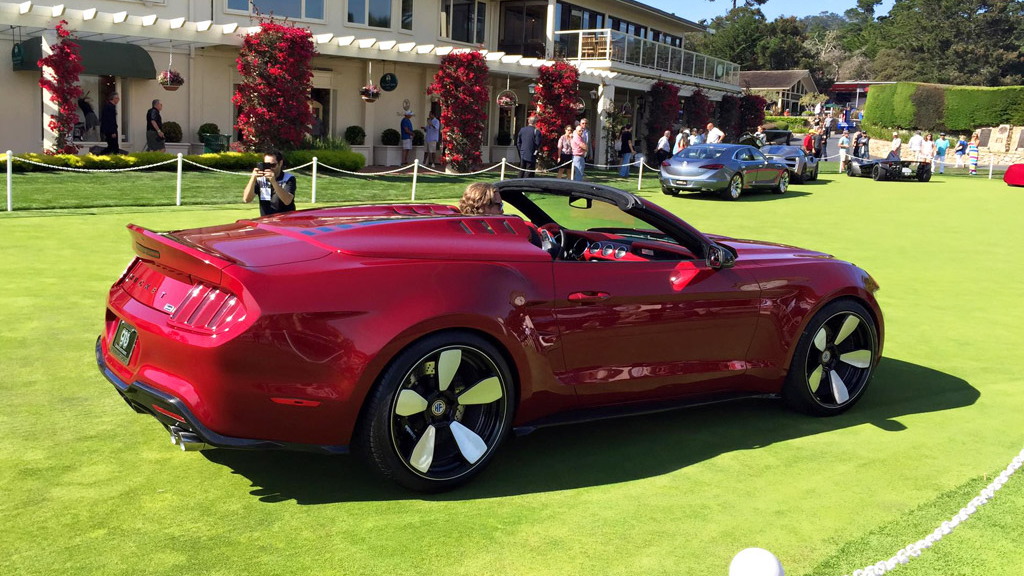 Last year’s Galpin Rocket proved to be such a hit that the people behind the 725-horsepower muscle car, Galpin Auto Sports and Henrik Fisker, have followed it up with a convertible version. Called the Galpin Rocket Speedster, the car is on show this weekend at the 2015 Pebble Beach Concours d’Elegance.

Still a concept, the car will likely see some form of limited production in the ensuing year, just like its coupe sibling. In fact, interested buyers can already place an order through Galpin’s own Ford Motor Company [NYSE:F] dealership in Los Angeles or through one of several hand-picked dealers both here in the United States and in other markets.

The Galpin Rocket Speedster features a custom carbon fiber cover that replaces the donor Mustang Convertible’s soft-top roof. You lose the rear seats in the conversion but what you’re left with is something much sportier, whether the roof is up or down.

The design is also said to integrate a number of key aerodynamic elements to help channel airflow. For example, to reduce air turbulence, the cover’s air outlets are equipped with an integrated mesh directly behind the driver and passenger, allowing air to pass smoothly over the redesigned lower rear deck.

“When I worked on the Rocket Speedster project with Beau, the creativity sparks were constantly in the air,” Fisker said at this weekend’s reveal. “When I was designing the speedster cover, I gave it extreme sculpture and dynamic lines that flows with the muscular body of the Rocket and created a new interior graphic to go with it.”

Under the carbon fiber hood of the Galpin Rocket Speedster is the Mustang GT’s familiar 5.0-liter V-8, which has been supercharged to help boost output to a supercar-like 725 horsepower. Other performance upgrades include independent, fully-adjustable suspension; 21-inch wheels shod with Pirelli P-Zero tires; and powerful Brembo brakes with 15-inch discs.

The exterior is finished in a deep metallic red color that’s contrasted by visible polished carbon fiber stripes along the bottom of the car, extending from the imposing hexagonal grille to the rear of the car. Responsible for the body work was GFMI Metalcrafters, based in Fountain Valley, California.

Pricing for the Galpin Rocket coupe started at $109,100, and we’d expect this open-top version to cost substantially more.

For more from the Pebble Beach Concours, head to our dedicated hub.