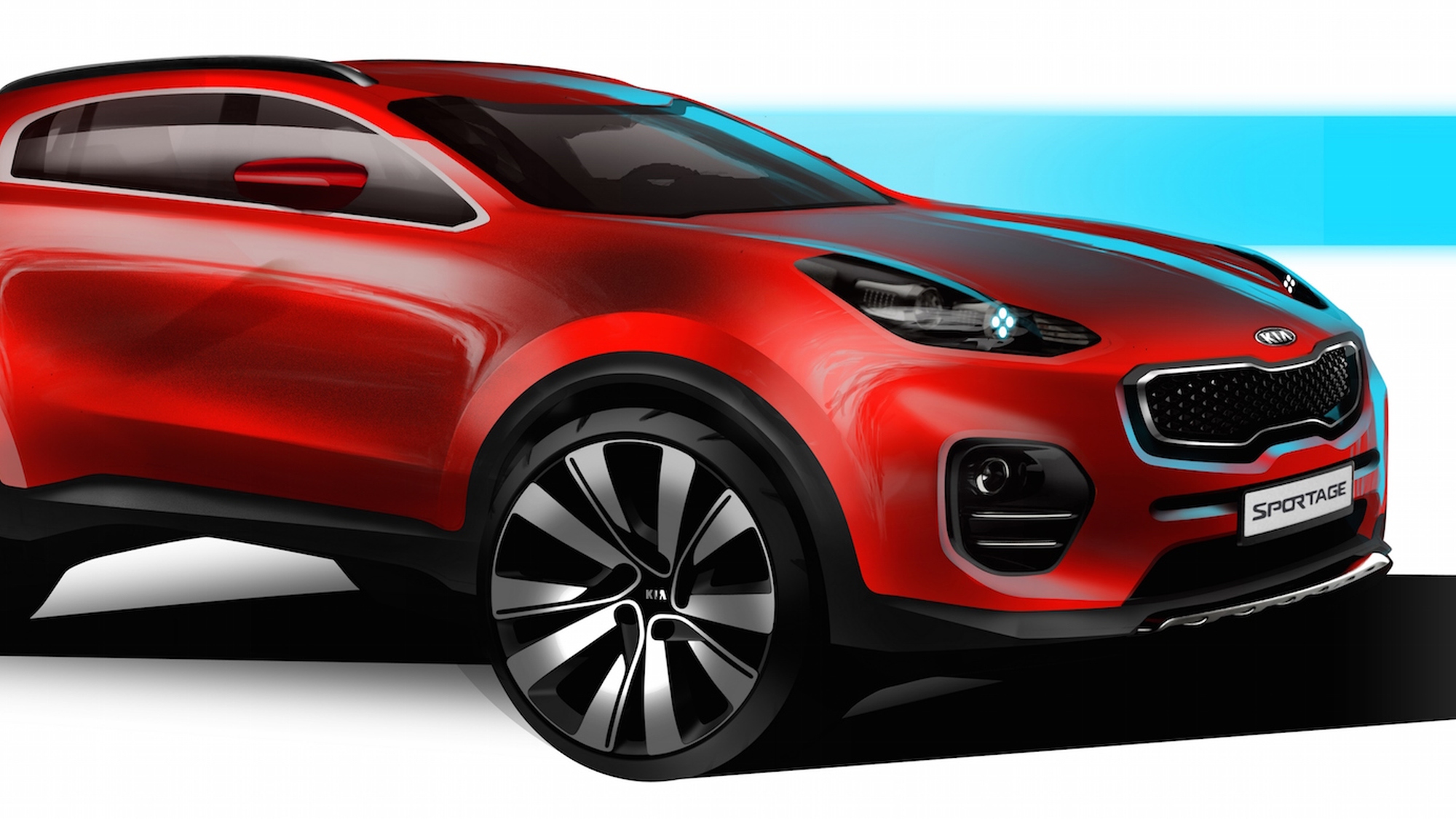 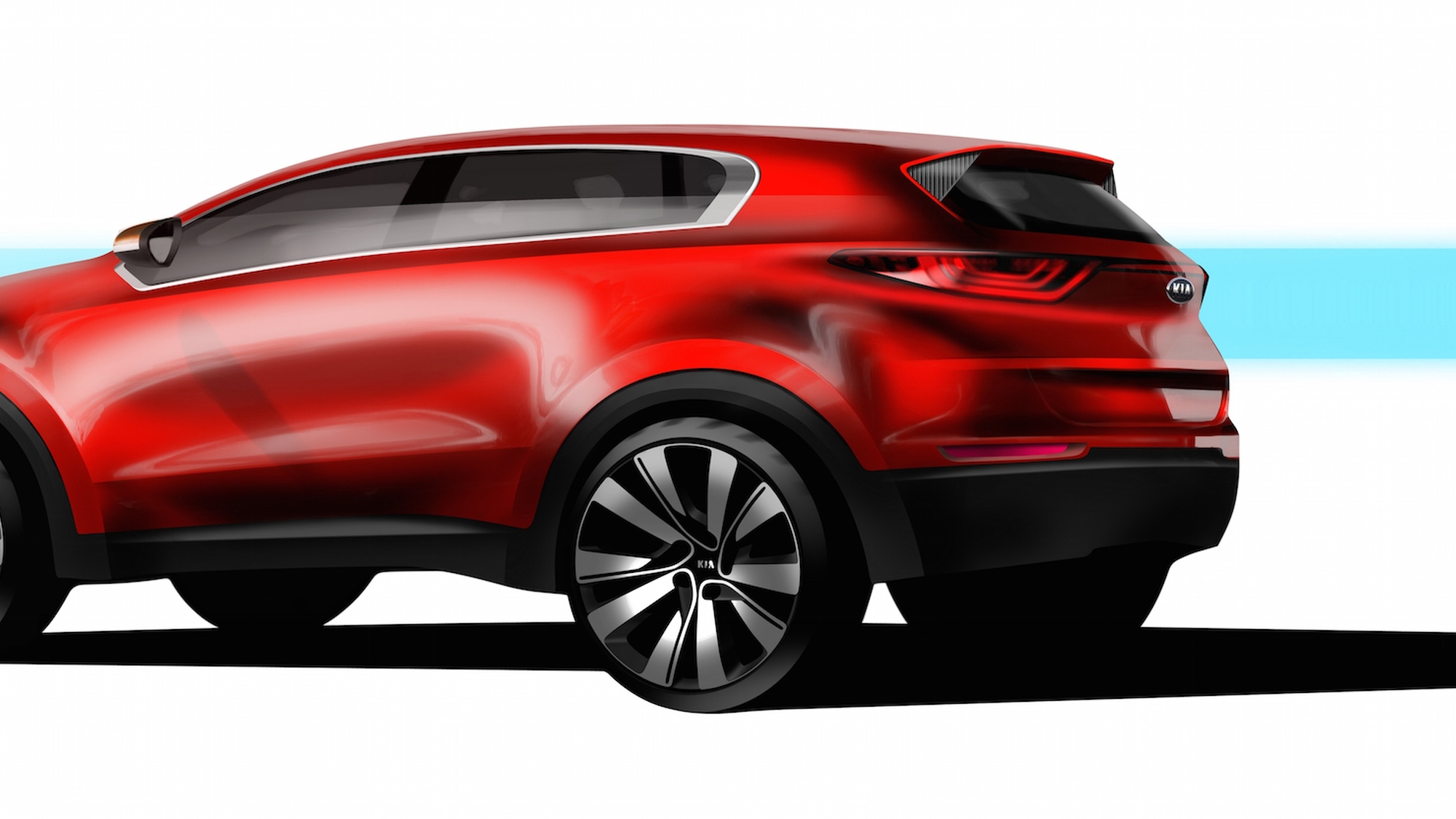 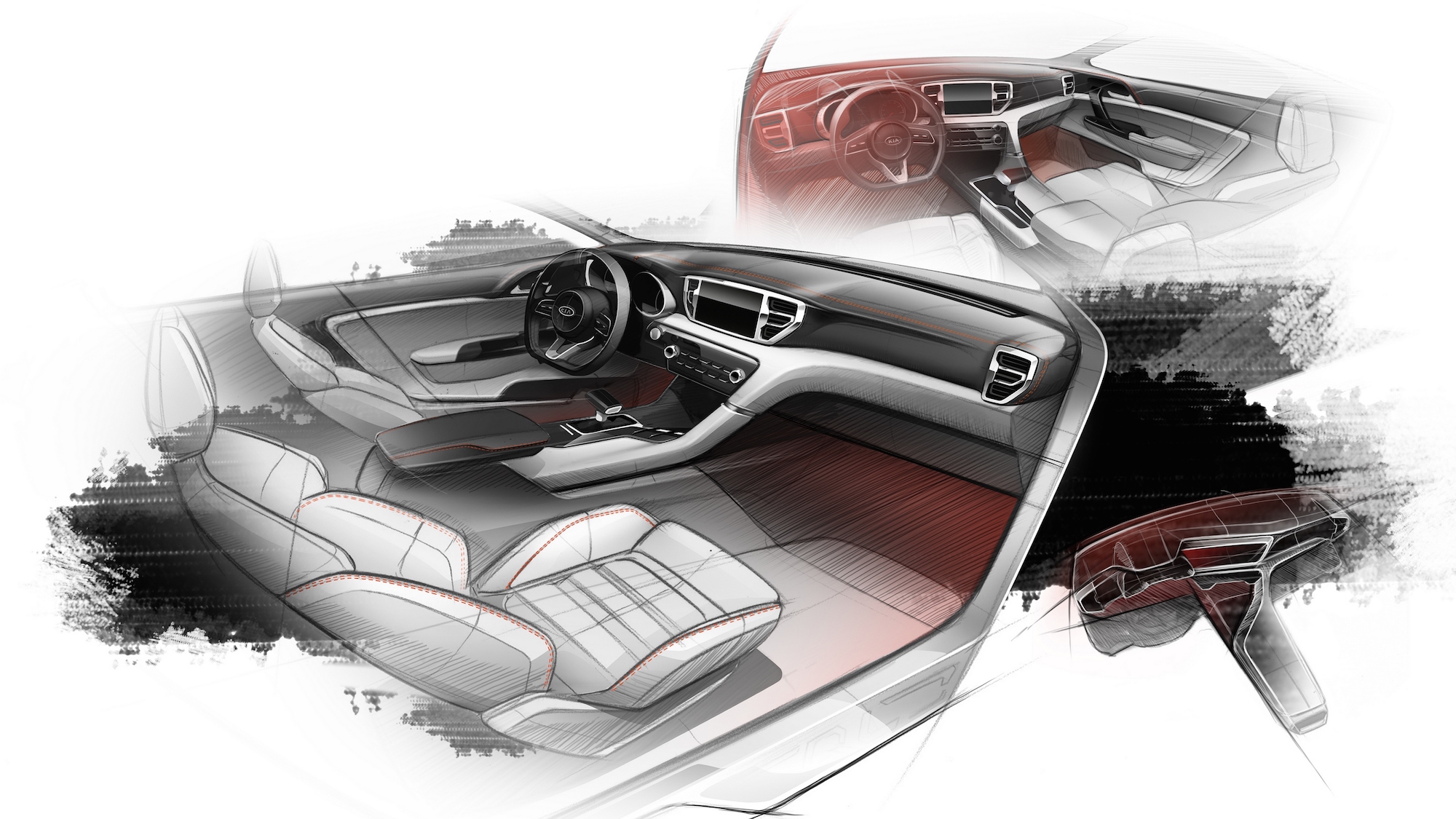 The Kia Sportage is the fraternal twin to the Hyundai Tucson. It was last redesigned for the 2011 model year, but a new Tucson is hitting dealerships as we speak, so that must mean a redesigned Sportage isn't far behind. That's precisely the case, as the next-generation Sportage is scheduled to be unveiled at the Frankfurt Auto on September 15.

To build excitement for its press conference, Kia has released three sketches to show the design direction of the next Sportage. Quite honestly, however, given how stylized design drawings can be, these could be for the rather attractive current generation vehicle.

So what do we know about the next Sportage? Well, we've already seen spy shots of prototypes. 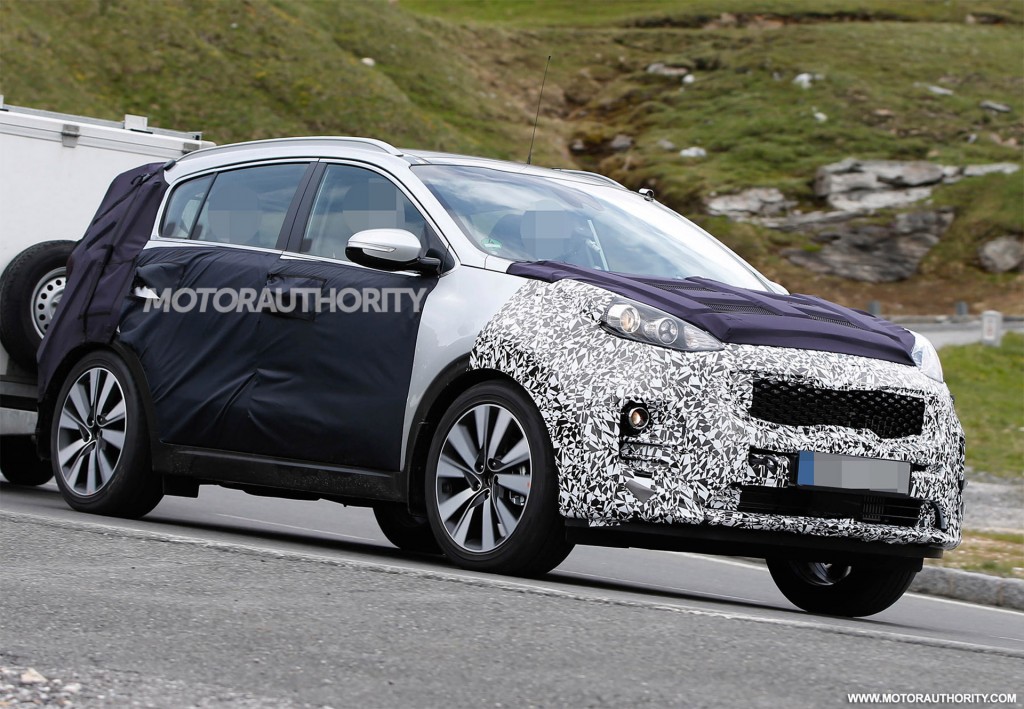 Like the Tucson, it will likely get a downsized turbocharged engine—probably the Tucson's 1.6-liter four-cylinder—as well as a dual-clutch transmission and such active safety technologies as blind-spot detection and lane-change assist. Kia also says the new Sportage will have the brand's "most refined, highest quality cabin to date." That certainly bodes well for the interior quality of this reasonably priced subcompact crossover, but given the levels of luxury Kia has achieved in the K900 and Cadenza sedans, we doubt Kia can possibly live up to that claim.

The new Sportage was designed at the brand's European center, which is located in Frankfurt, Germany, so the Frankfurt show reveal certainly makes sense.

Expect the next generation Sportage to be released as a 2017 model some time next year. We'll have more details in mid-September. In the meantime, catch the rest of our Frankfurt Auto Show coverage over at our dedicated hub.