Design house Icona has returned with a second iteration of its Vulcano supercar that we first saw in 2013. Icona was founded in Turin but based in Shanghai and specializes in exporting Italian automotive design and engineering services to firms operating in China. Its Vulcano was originally conceived to showcase the talents of the firm’s staff, and there’s still the chance it may enter production.

Icona hasn’t ruled out building a small run of Vulcanos for public sale and at the past weekend’s Pebble Beach Concours d’Elegance the company showed off a new version that’s much closer to becoming a production reality than the original. This is because while the original Vulcano was simply envisaged to come with a hybrid system built around either a V-12 engine or twin-turbocharged V-6, the latest version, dubbed the Vulcano Titanium, packs a supercharged 6.2-liter LS9 V-8 borrowed from the C6 Corvette ZR1. It also has a fully functional interior.

As its name suggests, the Vulcano Titanium features plenty of light yet sturdy titanium in its construction. In fact, the body of the car is a mix of the metal and even lighter carbon fiber. Responsible for the construction was Italian coachbuilder Cecomp, one of the founding partners of Icona. The curb weight is said to measure in at 3,516 pounds.

The engine is positioned in front of the cabin but behind the front axle, creating a front-midship positioning for improved handling and dynamics. Peak output is 670 horsepower and 620 pound-feet of torque, though Icona says this can be raised to well over 1,000 hp if necessary, and drive is to the rear wheels only via a paddle-shifted gearbox. With the current setup, Icona says the Vulcano Titanium will accelerate to 60 mph from rest in just 2.8 seconds, pass 120 mph in 8.8 seconds, and reach a top speed of 220 mph.

As previously reported, Frenchman Samuael Chuffart, a former Bertone designer, was responsible for the look of the Vulcano. The design blends elements of modern supercars such as the Ferrari F12 Berlinetta and Lexus LFA but in a unique way. Also unique are the titanium panels, most of which have been worked using traditional coachbuilding methods. Icona says the panels were entirely hammered by hand and required no welds or heating. They are just 0.5 millimeters thick, as any thicker and the desired result would not be possible. 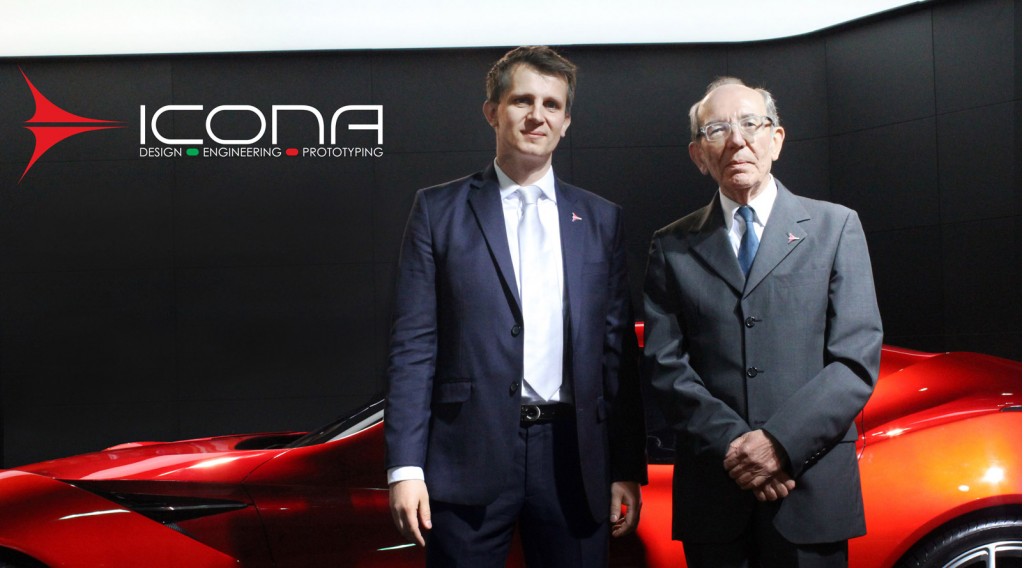 The engineering work, meanwhile, was handled by Claudio Lombardi. The former Scuderia Ferrari engineer, responsible for some of Ferrari’s Formula One V-12 engines of the early 1990s, used a number of components from the Corvette ZR1 for the latest Vulcano concept. In addition to the engine, some of the ZR1 suspension was converted for use in the Icona supercar. He also oversaw the installation of the gearbox, a six-speed sequential unit from Italy’s Automac Modena.

For more coverage on all the recent action in Monterey, head to our dedicated hub.