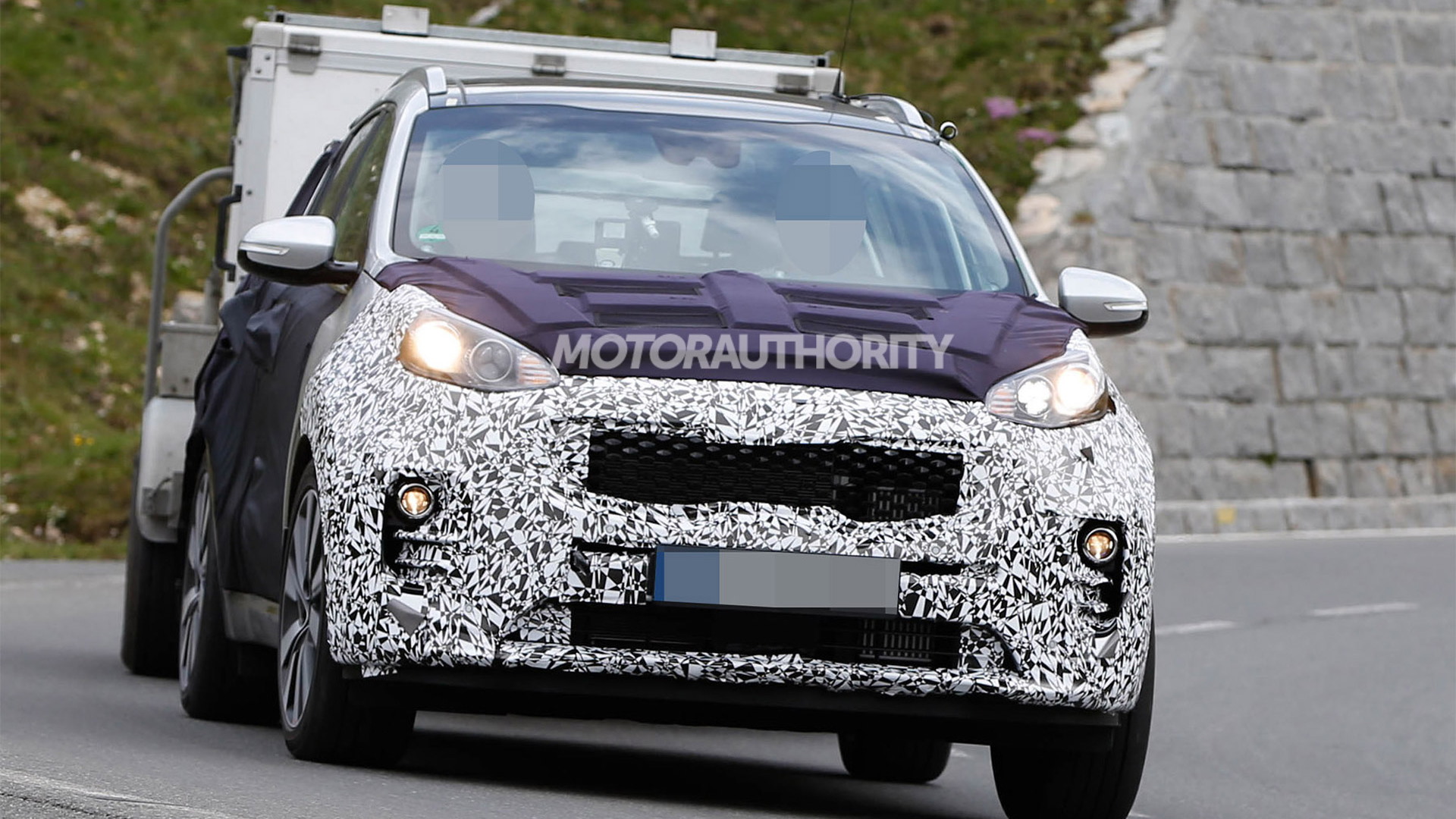 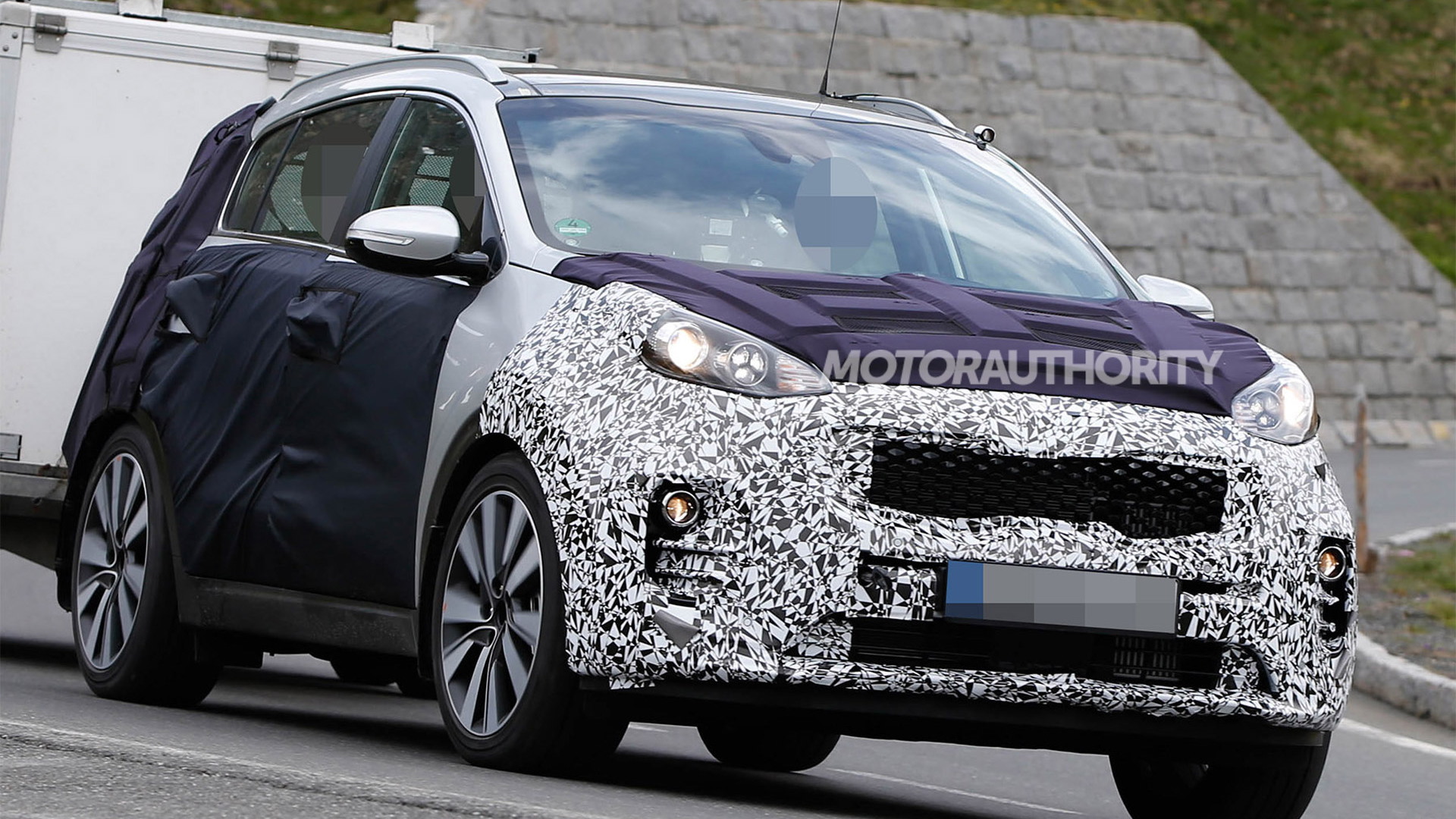 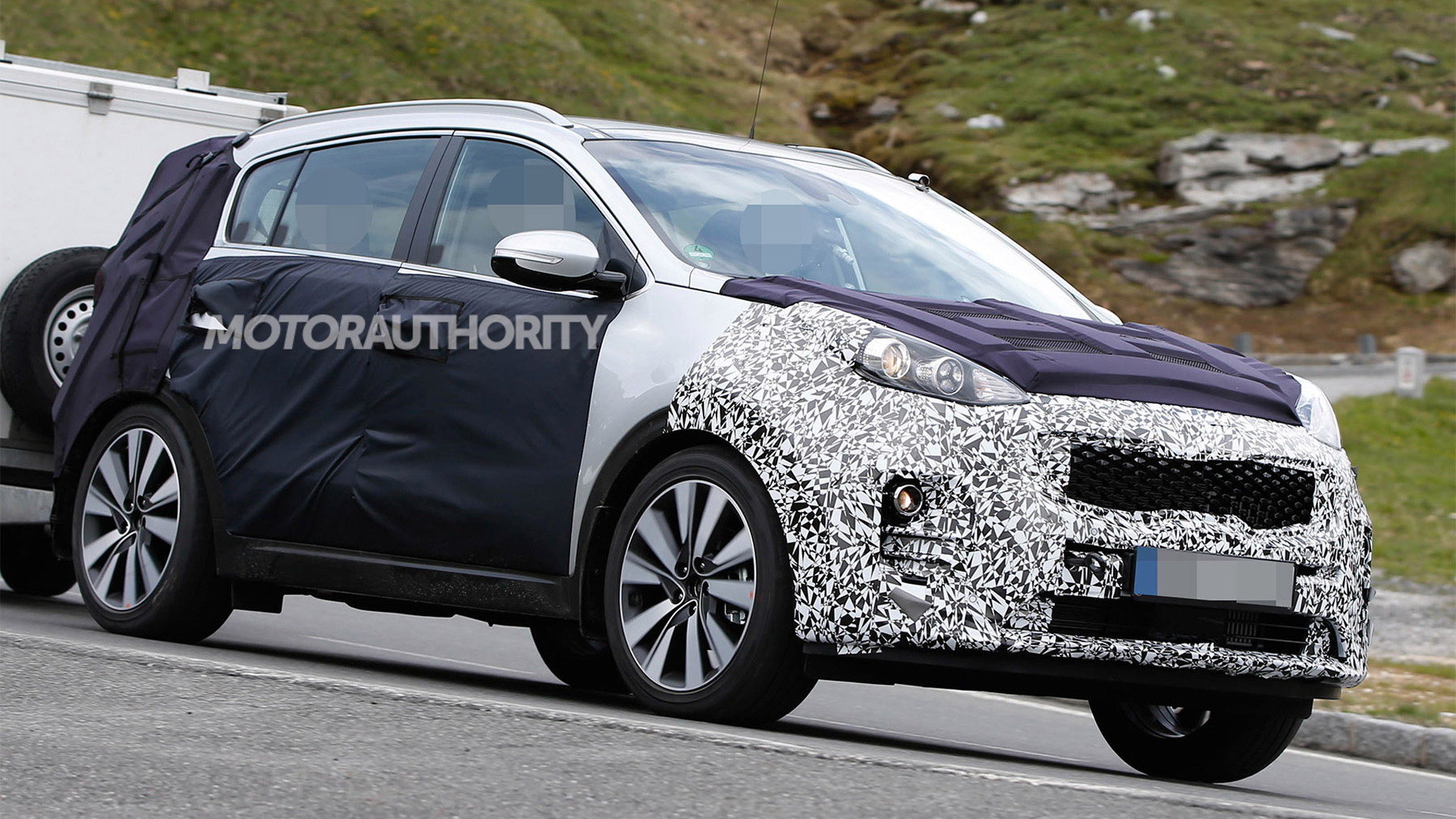 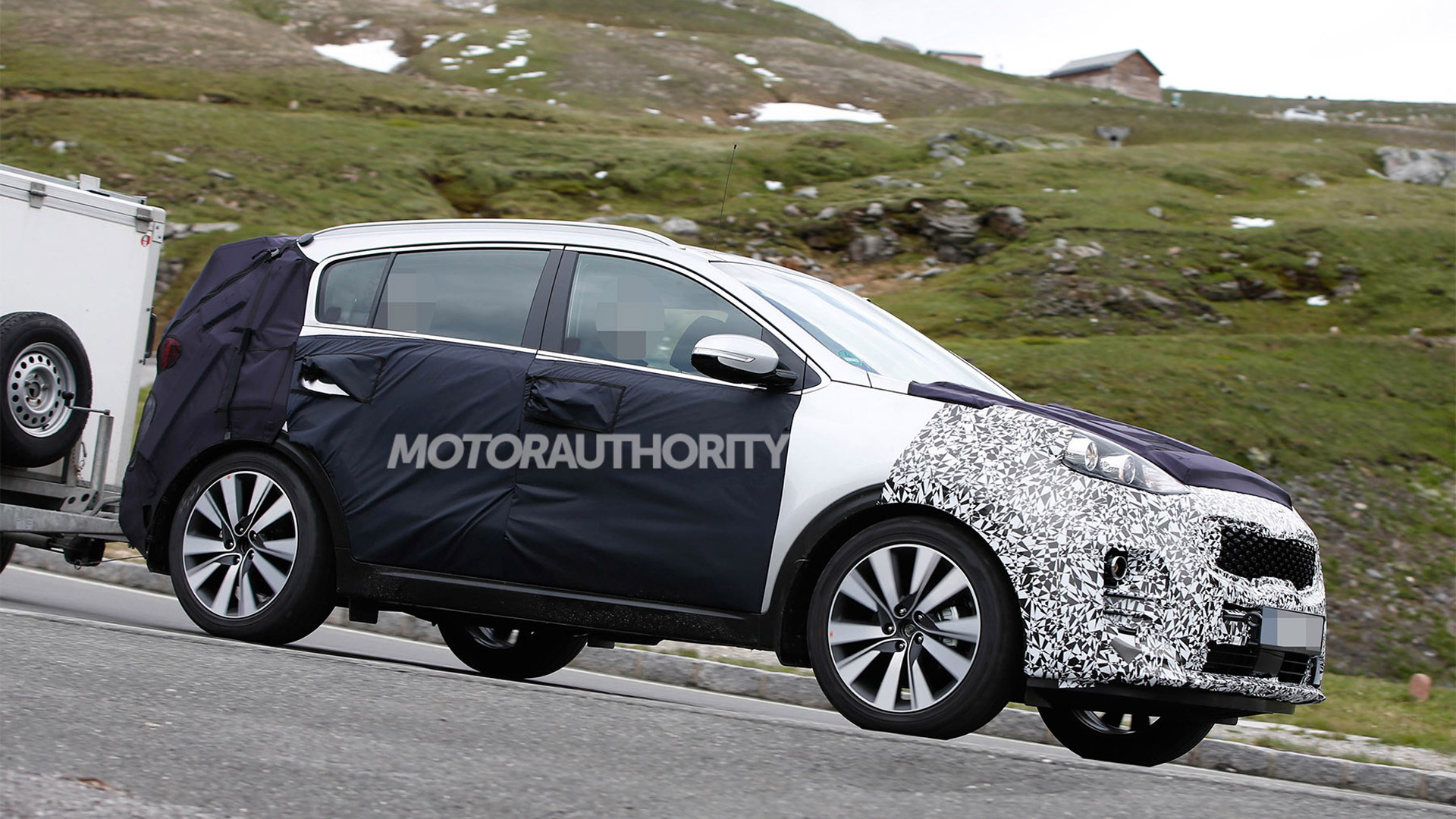 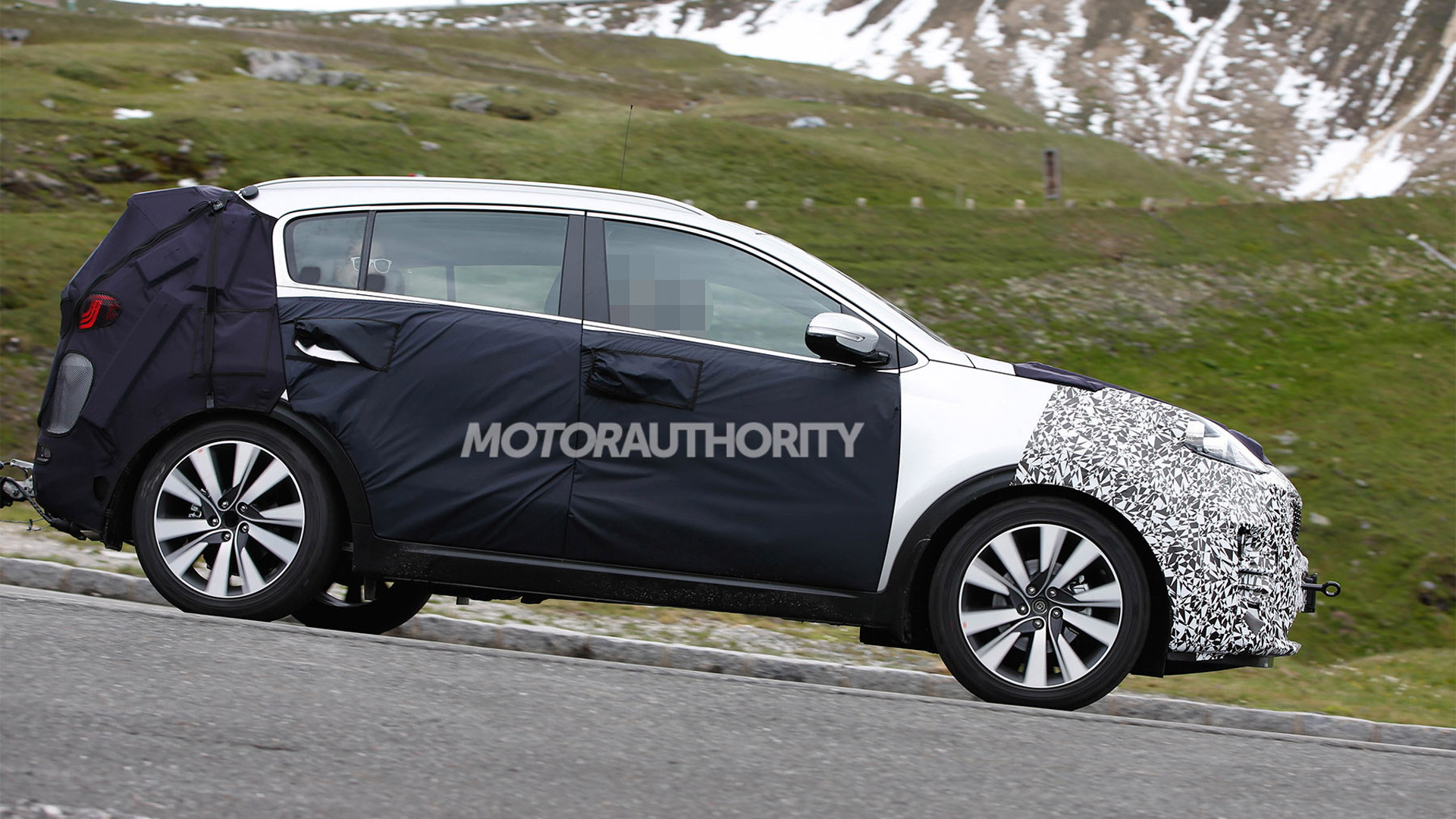 The current Kia Sportage has been on sale since the 2011 model year but a new one is in the works, prototypes for which have been spotted testing in Europe. The new generation of the popular compact crossover will go on sale next year, as a 2017 model.

Like previous versions, the new one will be mechanically similar to the Tucson from sister brand Hyundai. A redesigned Tucson is being introduced for 2016 and many of its features, like a downsized turbo engine, dual-clutch transmission and electronic driver aids, should be made available in the 2017 Sportage.

From the spy shots, we can see that the proportions and styling of the new Sportage will be similar current model. It also appears the interior design won’t be changing much, with an infotainment display screen still located at the top of the center stack between some air vents, and a T-shaped gear lever fitted below.

Look for a debut of the 2017 Kia Sportage late this year or early next.

Before it arrives, Kia will add some minor enhancements on the current model for 2016. The changes mostly consist of extra standard goodies, like a touchscreen display with backup camera on the entry-level LX and leather trim on the mid-range EX trim. No changes are being made to the existing engine lineup, meaning a base 2.4-liter four-cylinder with 182 horsepower and a sportier 2.0-liter turbo four with 260 hp. A six-speed automatic and front-wheel drive are standard, with all-wheel drive available across the range.