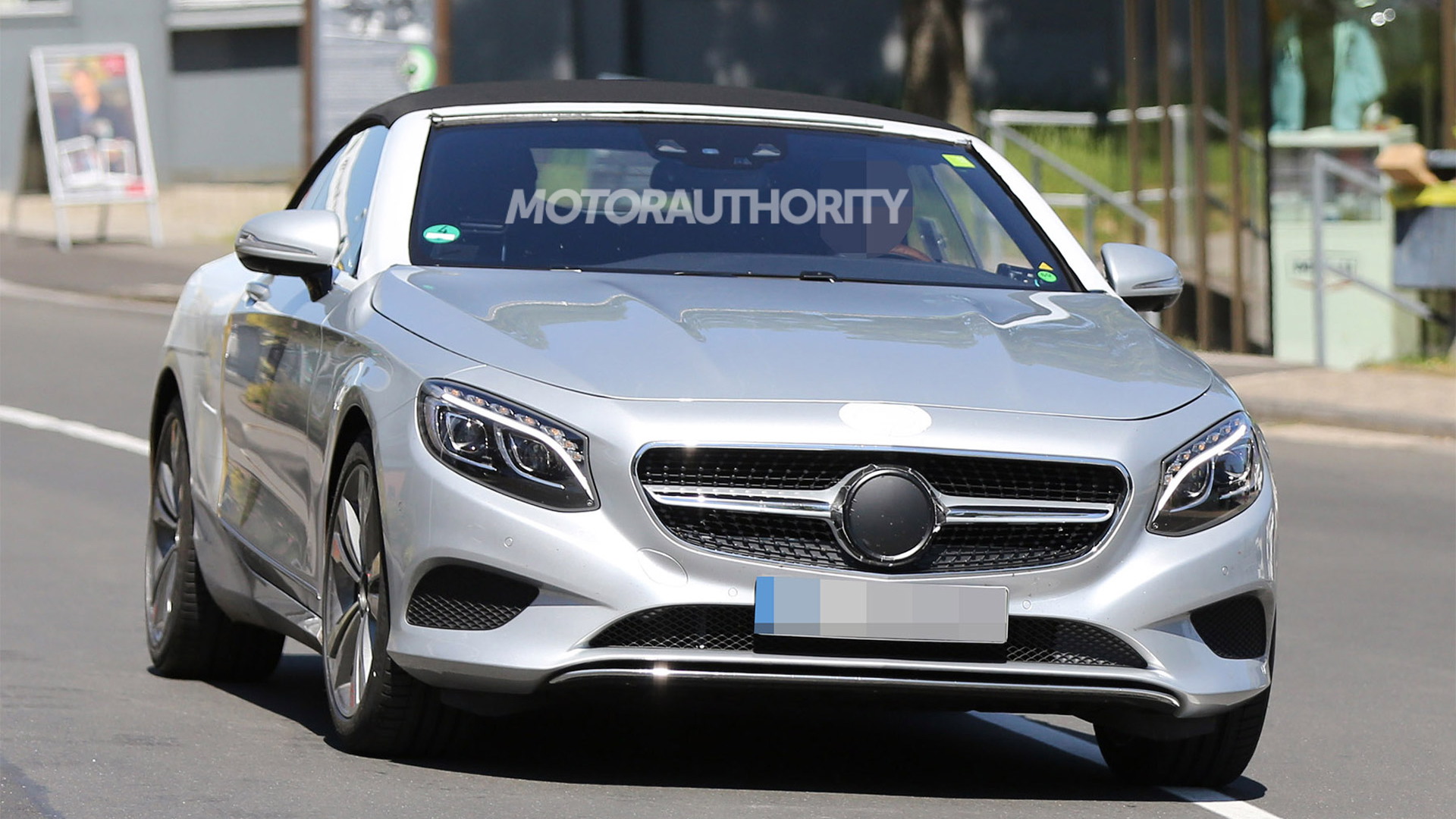 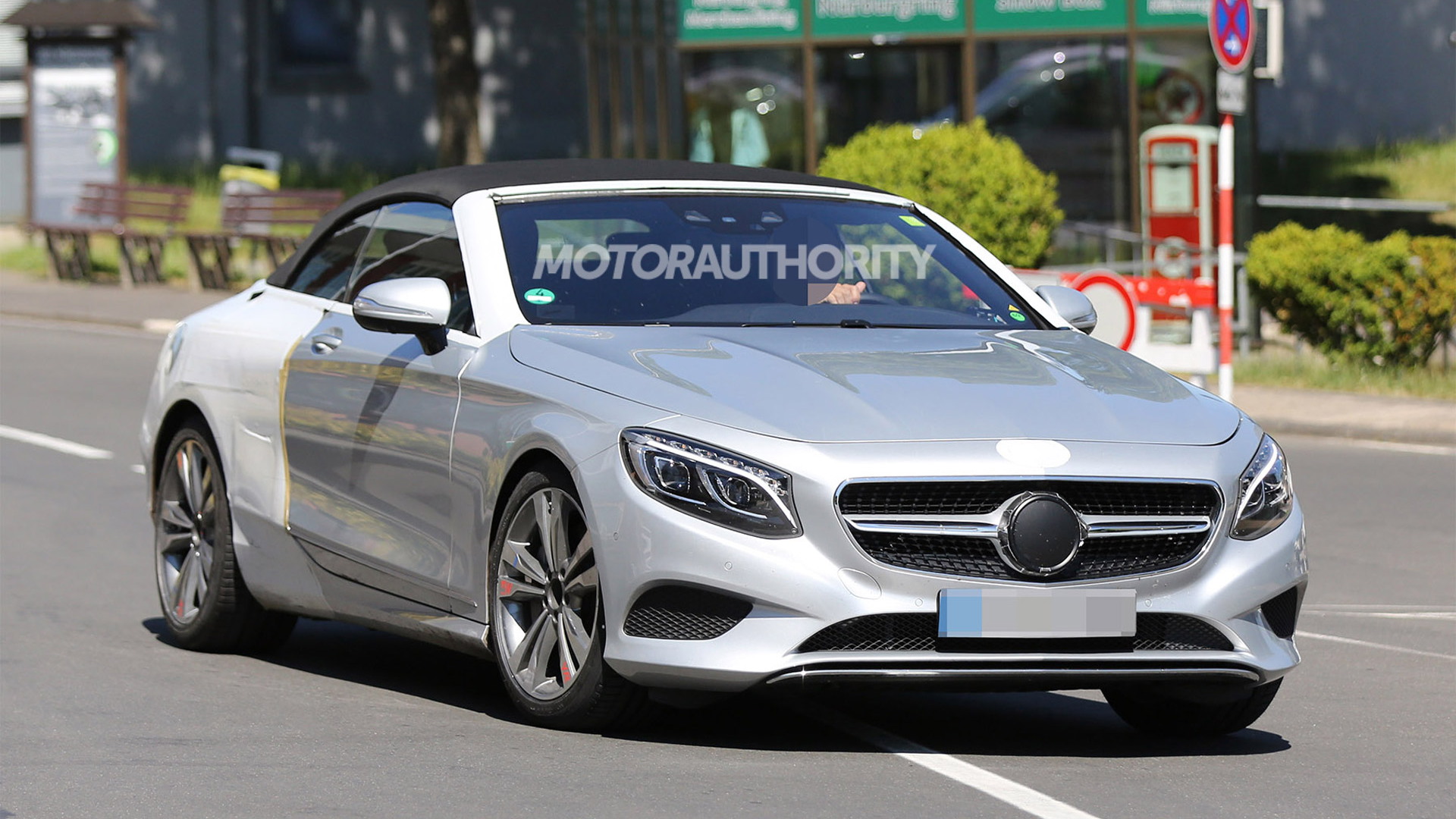 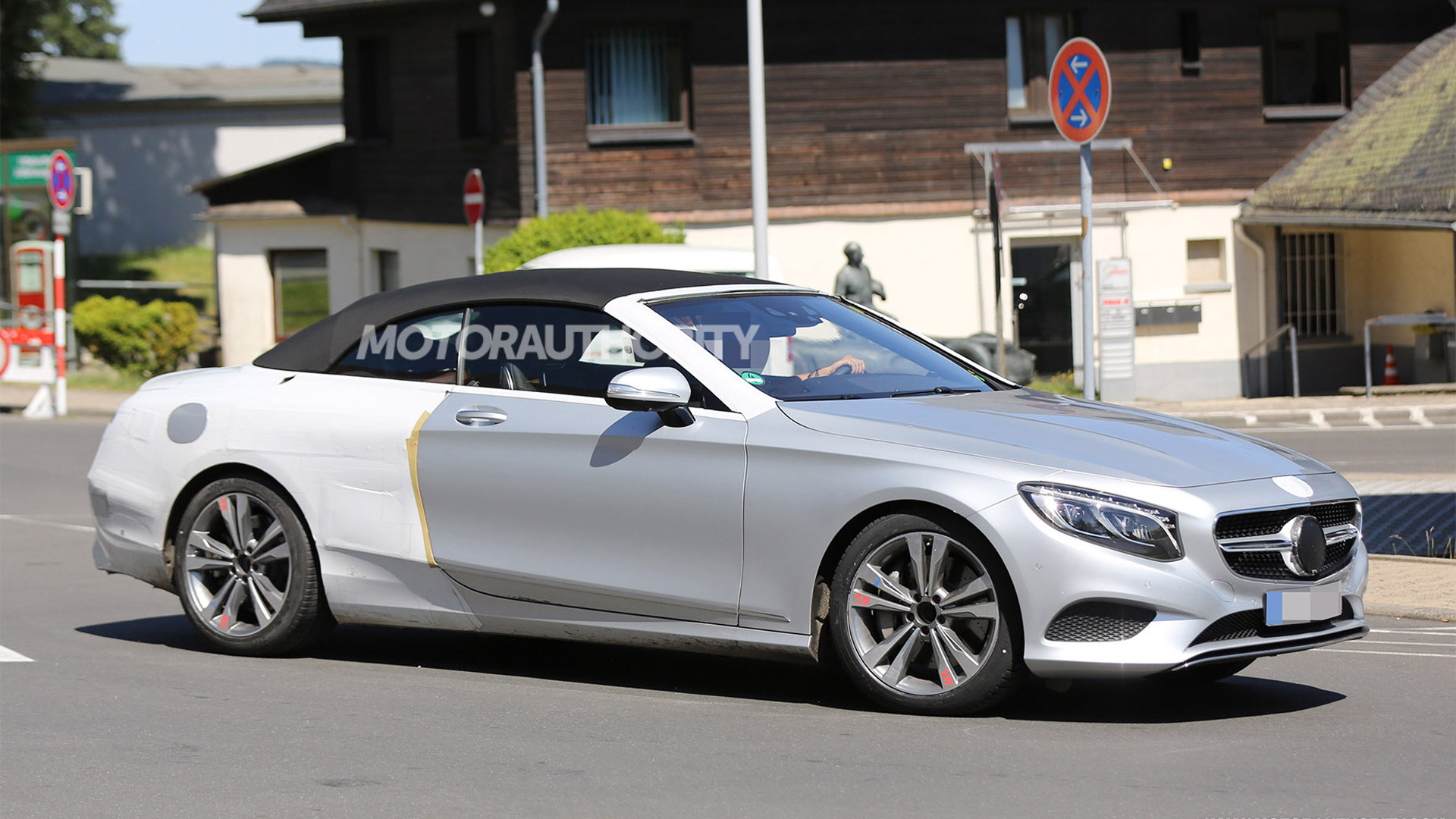 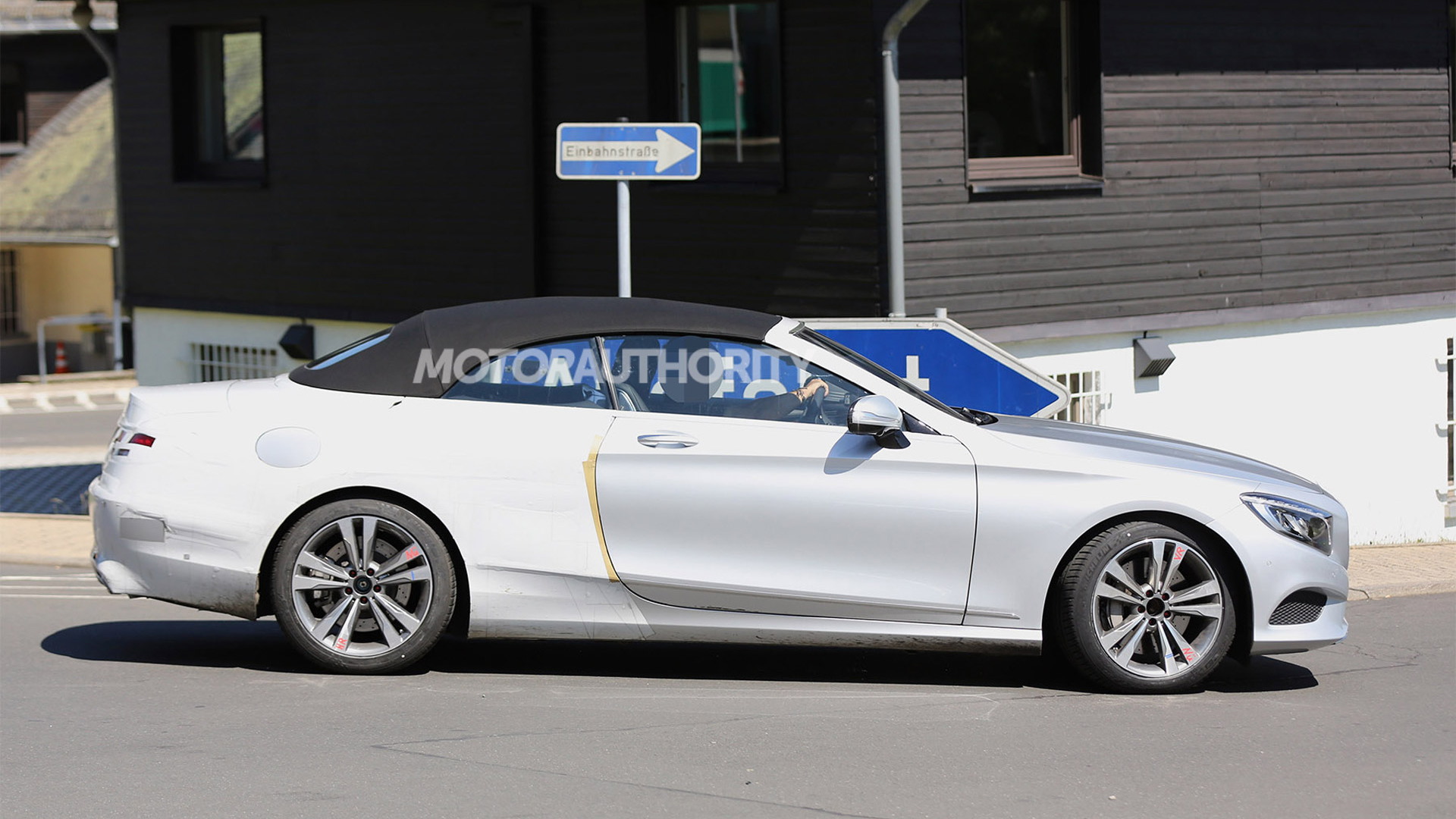 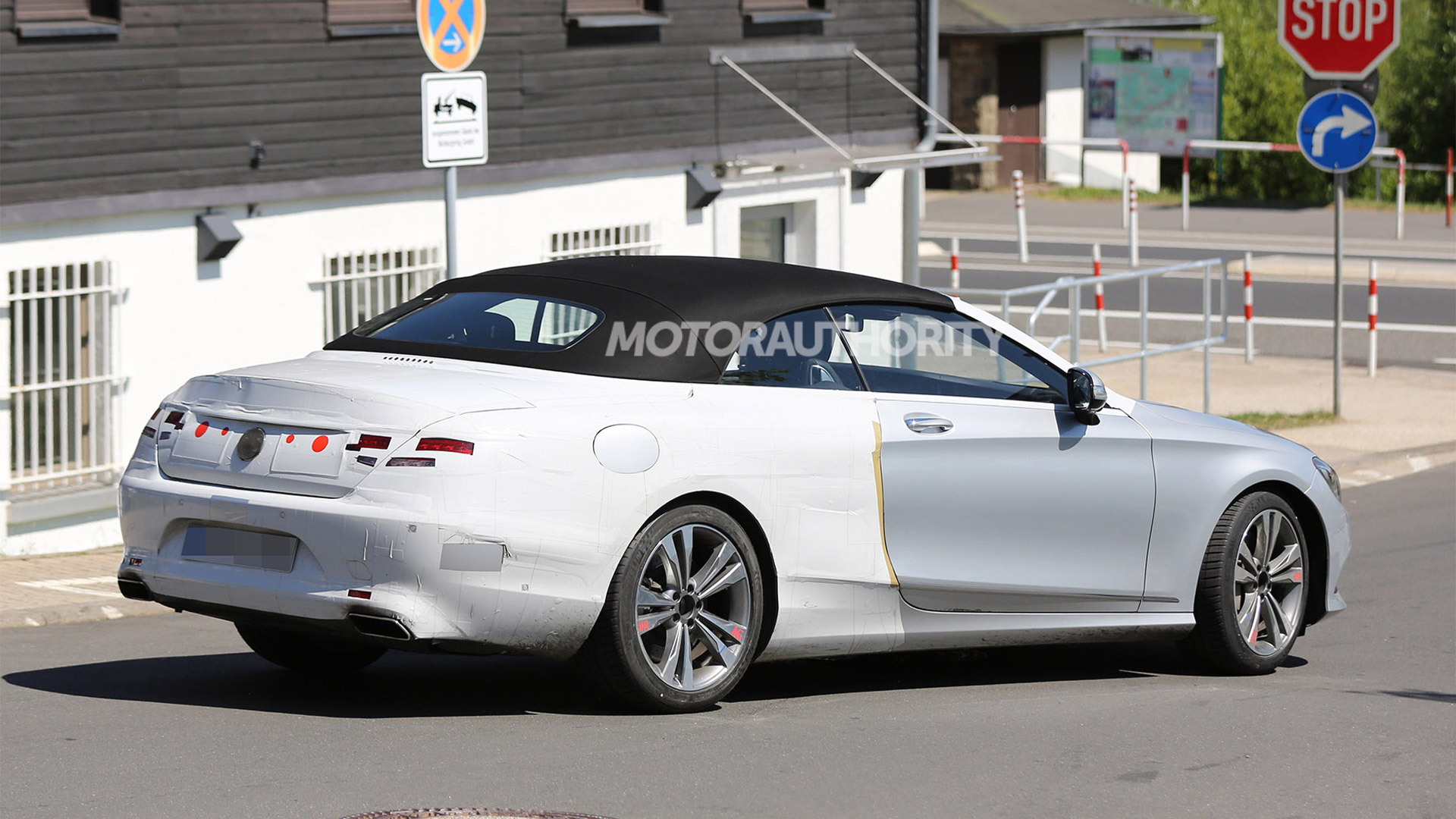 These are the latest spy shots of the upcoming convertible version of Mercedes-Benz's S-Class Coupe, which we found to be extremely impressive, particularly in high-performance S63 AMG flavor. A convertible S-Class has been rumored ever since the unveiling of the stunning Ocean Drive concept at the 2007 Detroit Auto Show, but unlike the concept, which had four doors, the production S-Class convertible, which Mercedes will likely call an S-Class Cabriolet, will feature two doors and a folding soft-top roof.

The addition of new, more premium S-Class variants is part of Mercedes’ plans to expand into the ultra-luxury segment now that Maybach is no longer a standalone brand. In addition to the regular sedan, a short-wheelbase model is offered overseas. Alongside these are the stretched versions, the Mercedes-Maybach S600 and Mercedes-Maybach S600 Pullman. Then there's the aforementioned S-Class Coupe as well as this new S-Class Cabrio.

The engine lineup should match that of the S-Class Coupe, which in the United States means a twin-turbocharged 4.7-liter V-8 coming in S550 trim. Peak output should register at 449 horsepower and 516 pound-feet of torque, and it’s likely 4Matic all-wheel drive will come standard here. We’ve also spied an S63 Cabriolet, which will pack a twin-turbocharged 5.5-liter V-8 and a maximum 585 hp and 664 lb-ft of torque. And there’s a good chance we’ll also see an S65 Cabrio, which will adopt the S65 Coupe's twin-turbocharged 6.0-liter V-12. This engine is good for a staggering 621 hp and 738 lb-ft of torque.

As with any S-Class, however, the experience is about more than just power and style. There's the lab full of equipment that's tucked behind the scenes, too. Advanced technology we can expect on the car will include active suspension that reads the road ahead and automatically adjusts the damping, an autonomous-driving traffic assistant that can follow a chain of traffic by itself, plus new interface and connectivity systems. The interior, in particular, will be very special, as evidenced by the cabin of the S-Class Coupe.

Look out for debut of the Mercedes-Benz S-Class Cabrio at the 2015 Frankfurt Auto Show this September. We’re expecting the car in local showrooms next summer, as a 2017 model. Key rivals will be the Aston Martin Vanquish Volante, Bentley Continental GTC and Maserati GranTurismo Convertible. For those buyers on a stricter budget, Mercedes is working on a new C-Class Cabrio that shares its big brother’s handsome looks but should cost a fraction of the price.