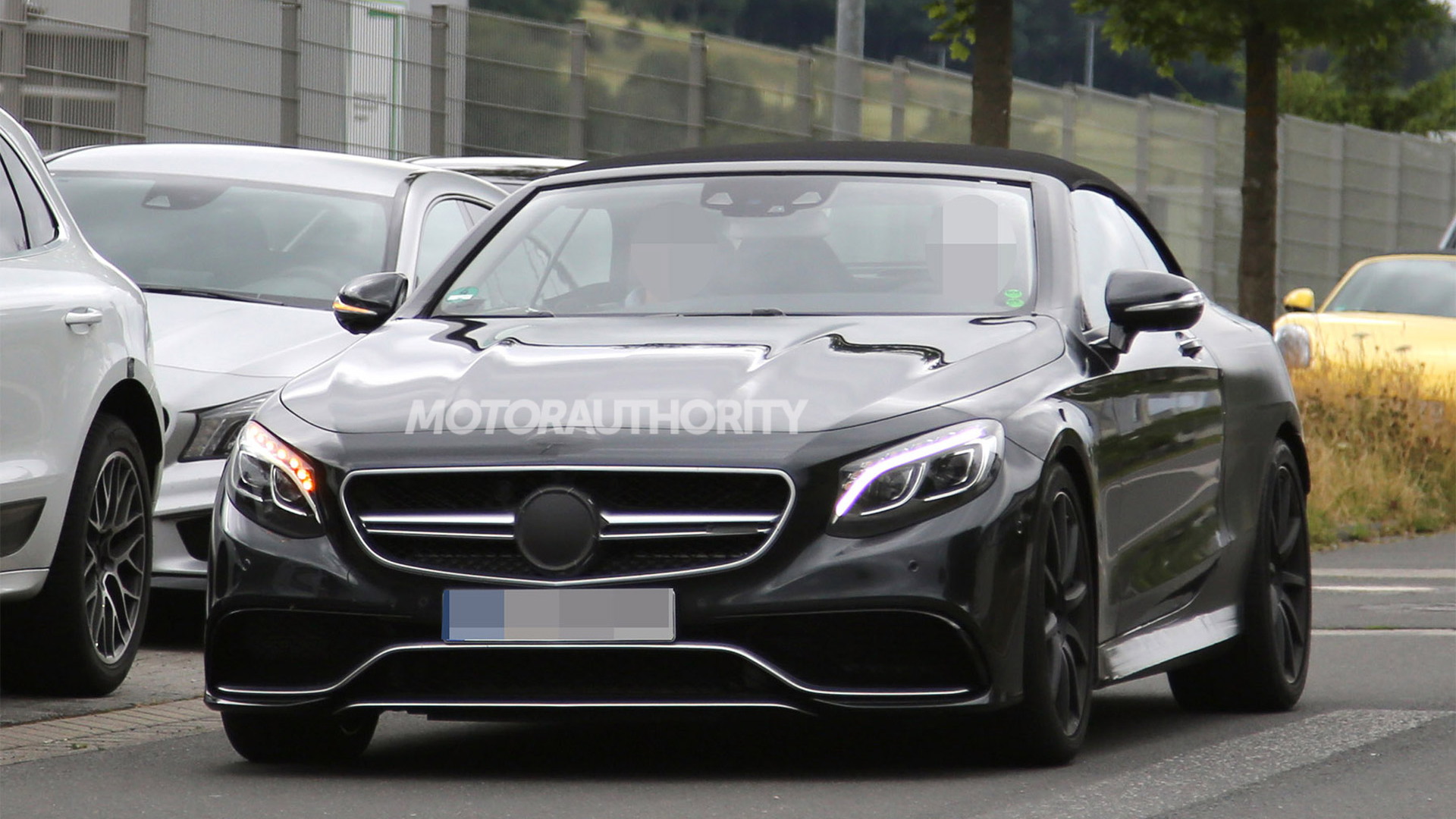 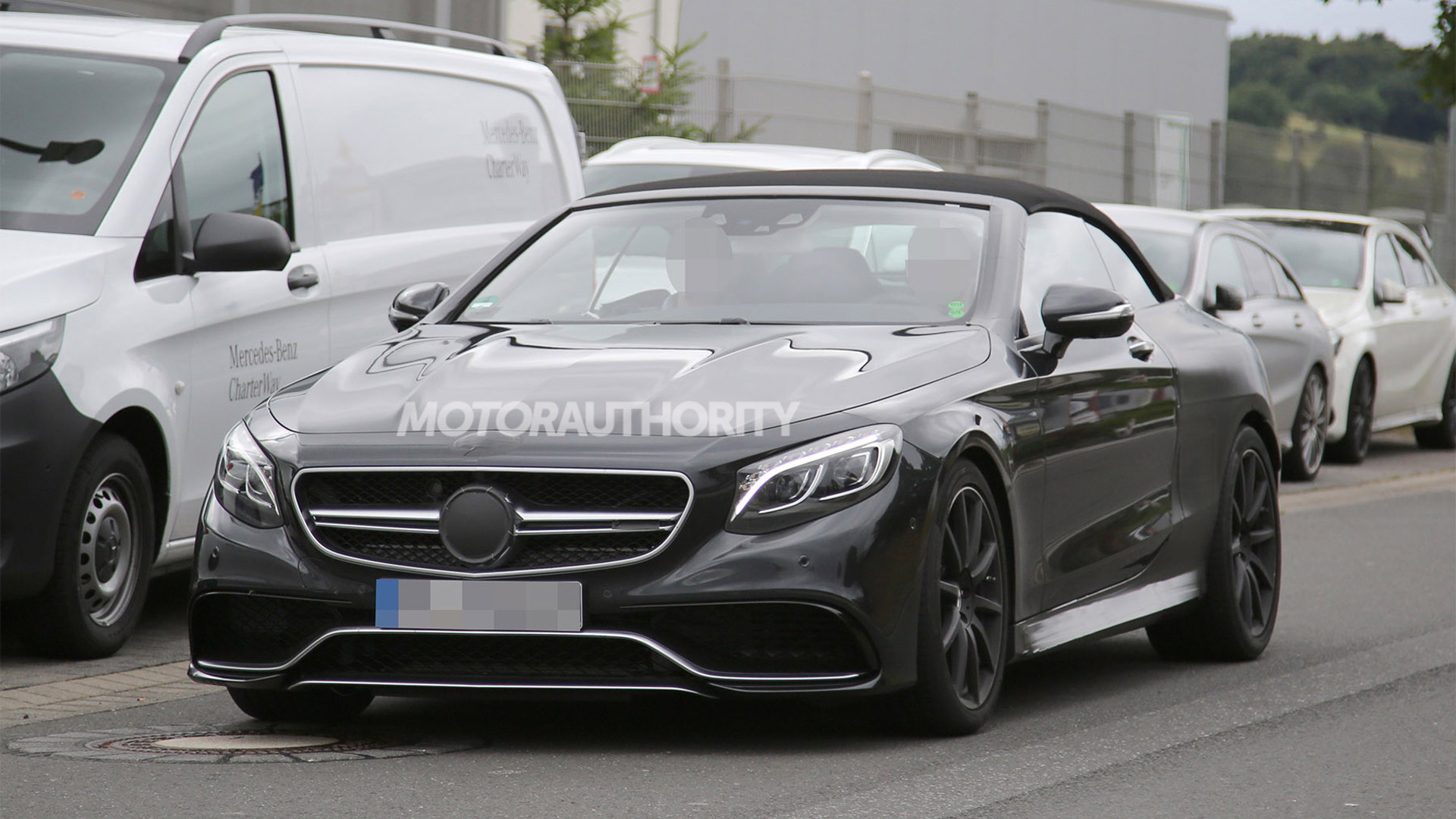 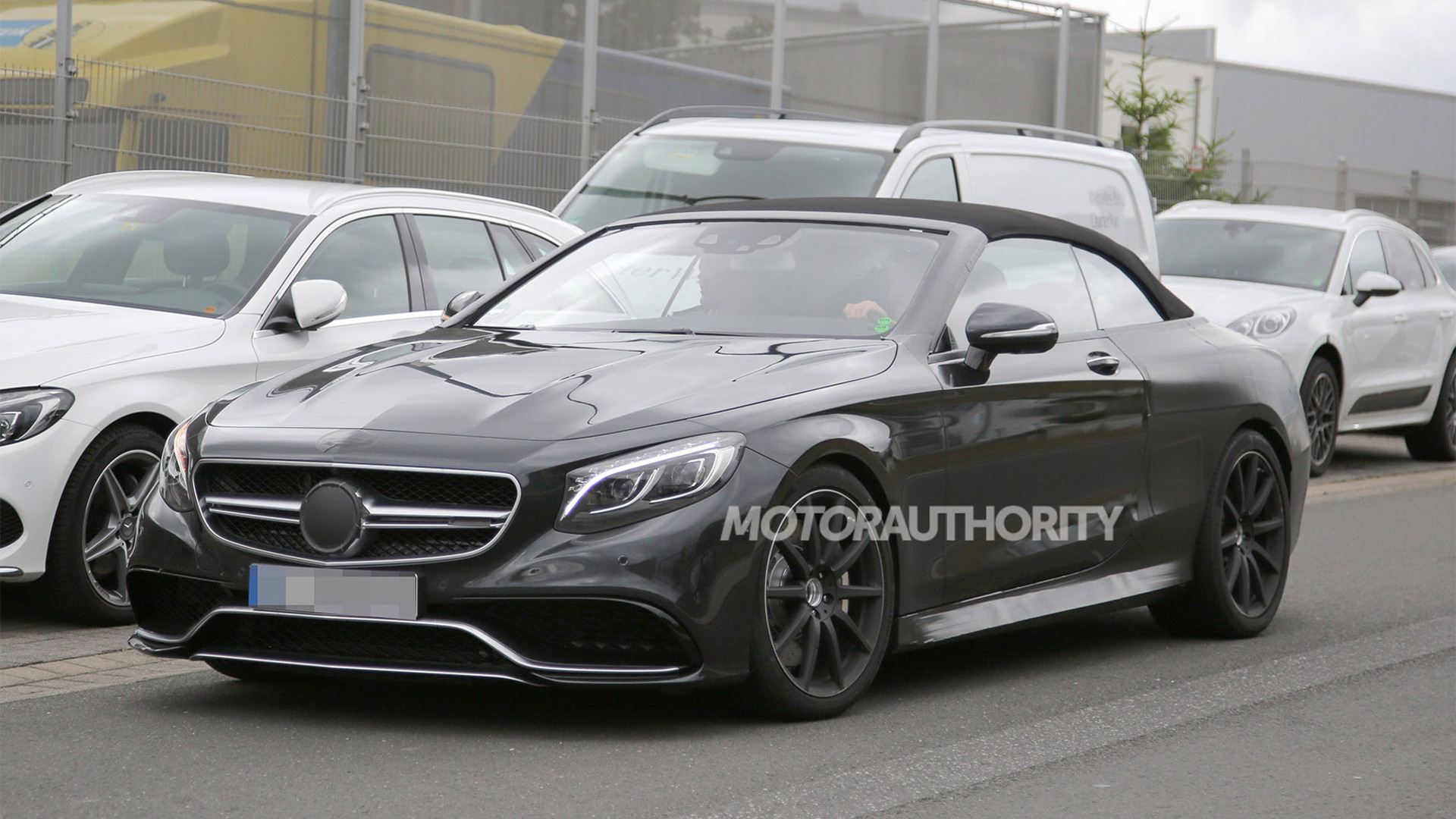 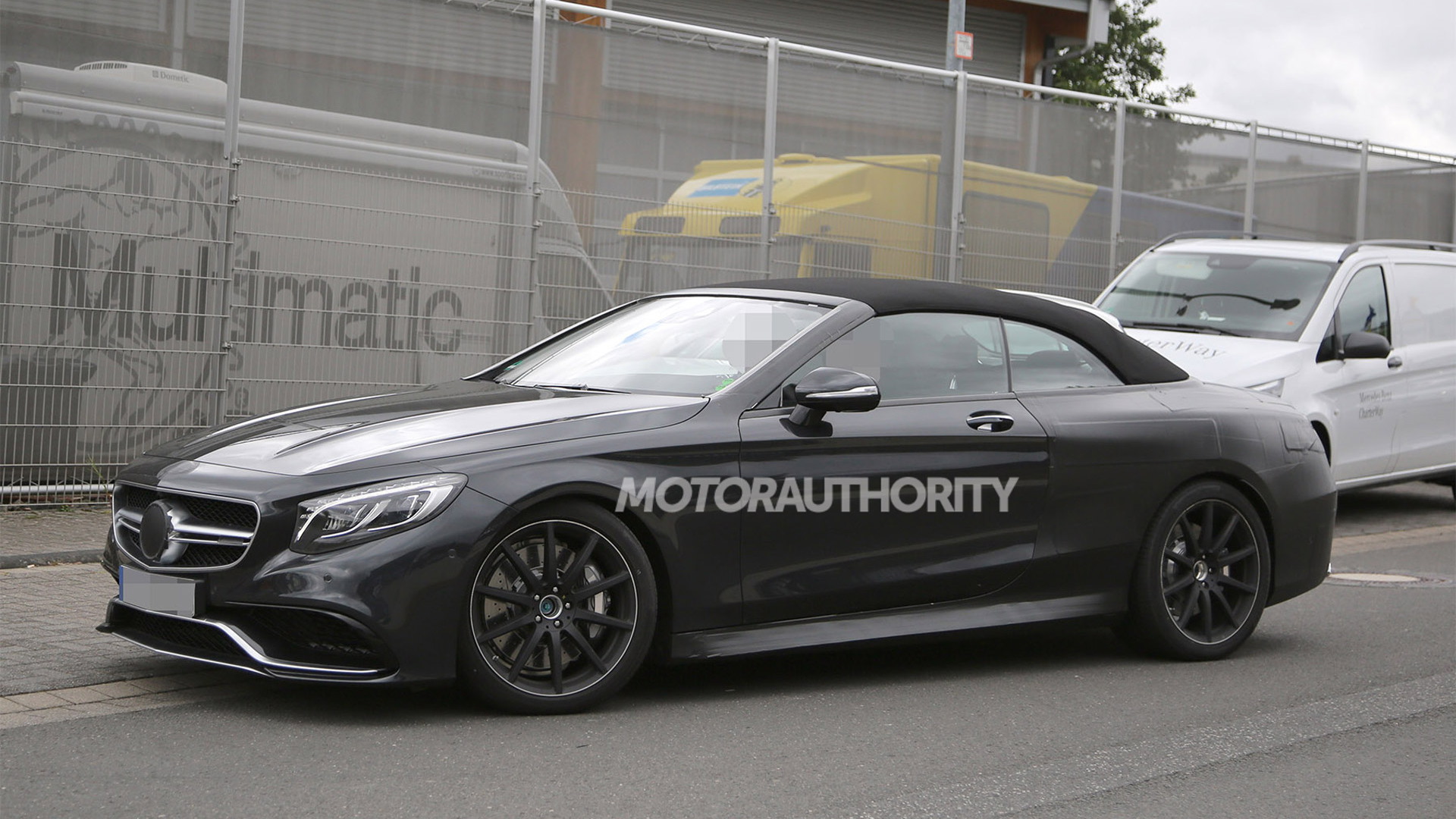 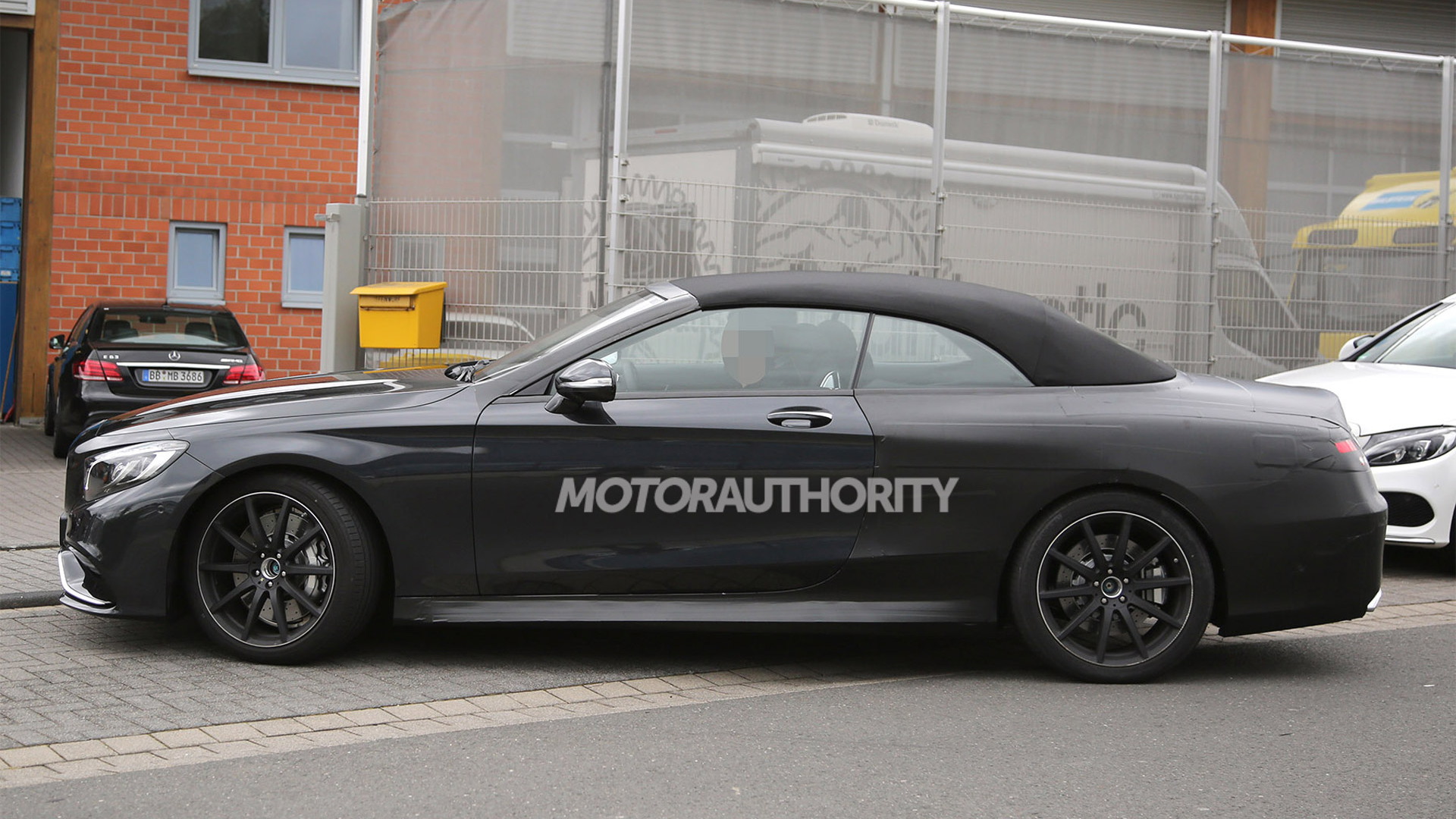 Mercedes-Benz is in the final stages of development of its all-new S-Class Cabriolet, but we now have the first spy shots of a high-performance version being developed by Mercedes-AMG. The prototype you see here is for a V-8-powered S63 Cabrio, and we’re expecting a V-12-powered S65 Cabrio at some point as well.

The S63 Cabrio is essentially the open-top version of the awesome S63 Coupe, and apart from its roof and any required structural reinforcements we expect the convertible to be virtually identical to the fixed-roof car.

This means a twin-turbocharged 5.5-liter V-8 paired with a seven-speed automatic, and a maximum 585 horsepower and 664 pound-feet of torque available. Here in the United States we’re expecting the car to come standard with 4Matic all-wheel drive.

The coupe with 4Matic will sprint to 62 mph from rest in just 3.9 seconds and keep going until it maxes out around 186 mph. Expect similar performance from the convertible.

A more powerful option will be the aforementioned S65 Cabrio, which will adopt the S65 Coupe's twin-turbocharged 6.0-liter V-12. This engine is good for a staggering 621 hp and 738 lb-ft of torque. Don’t ask us why such cars exist; just be glad that they do.

We’ll likely see the S-Class Cabrio unveiled at September’s 2015 Frankfurt Auto Show. The Mercedes-AMG versions should show up shortly after.