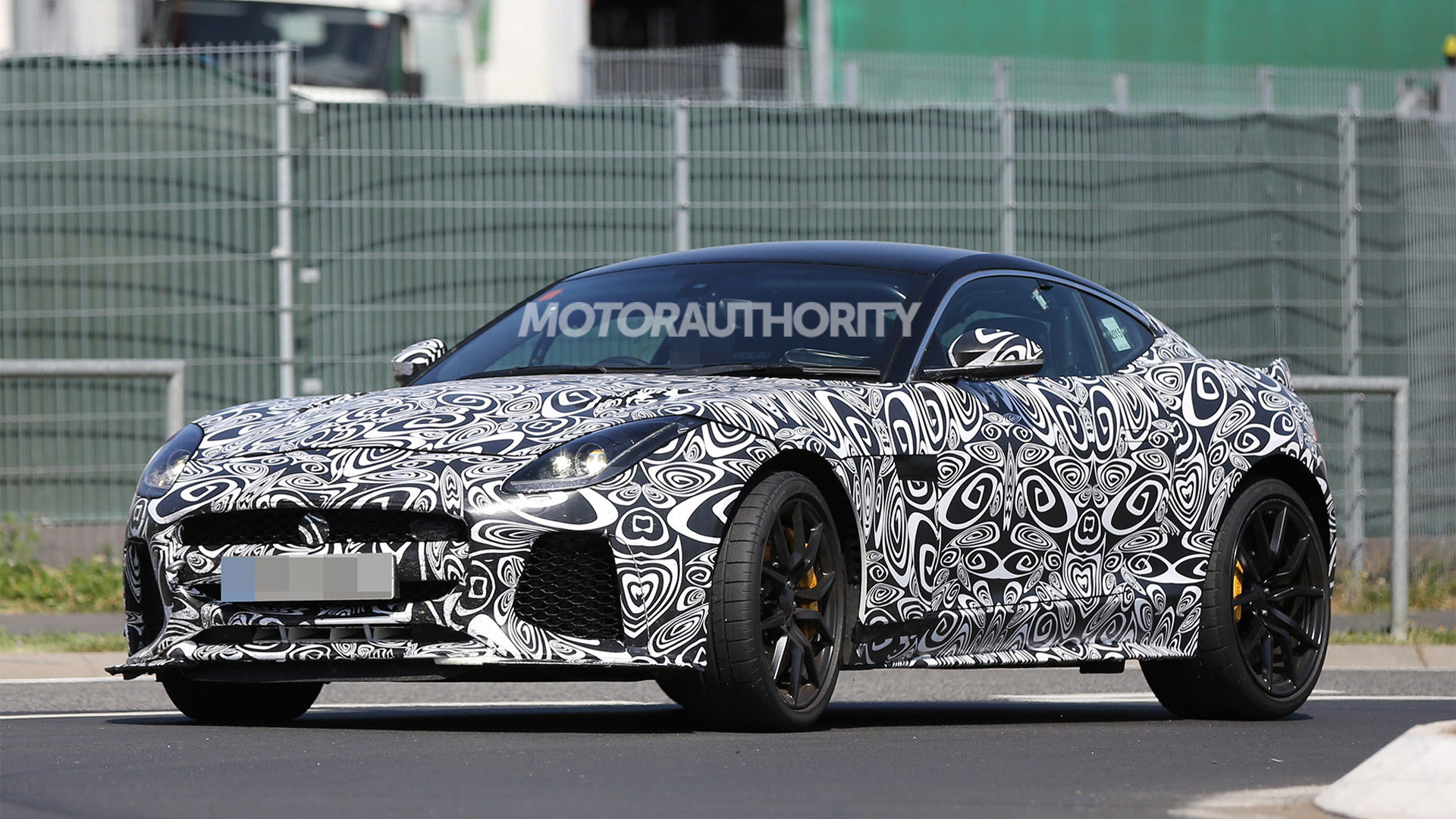 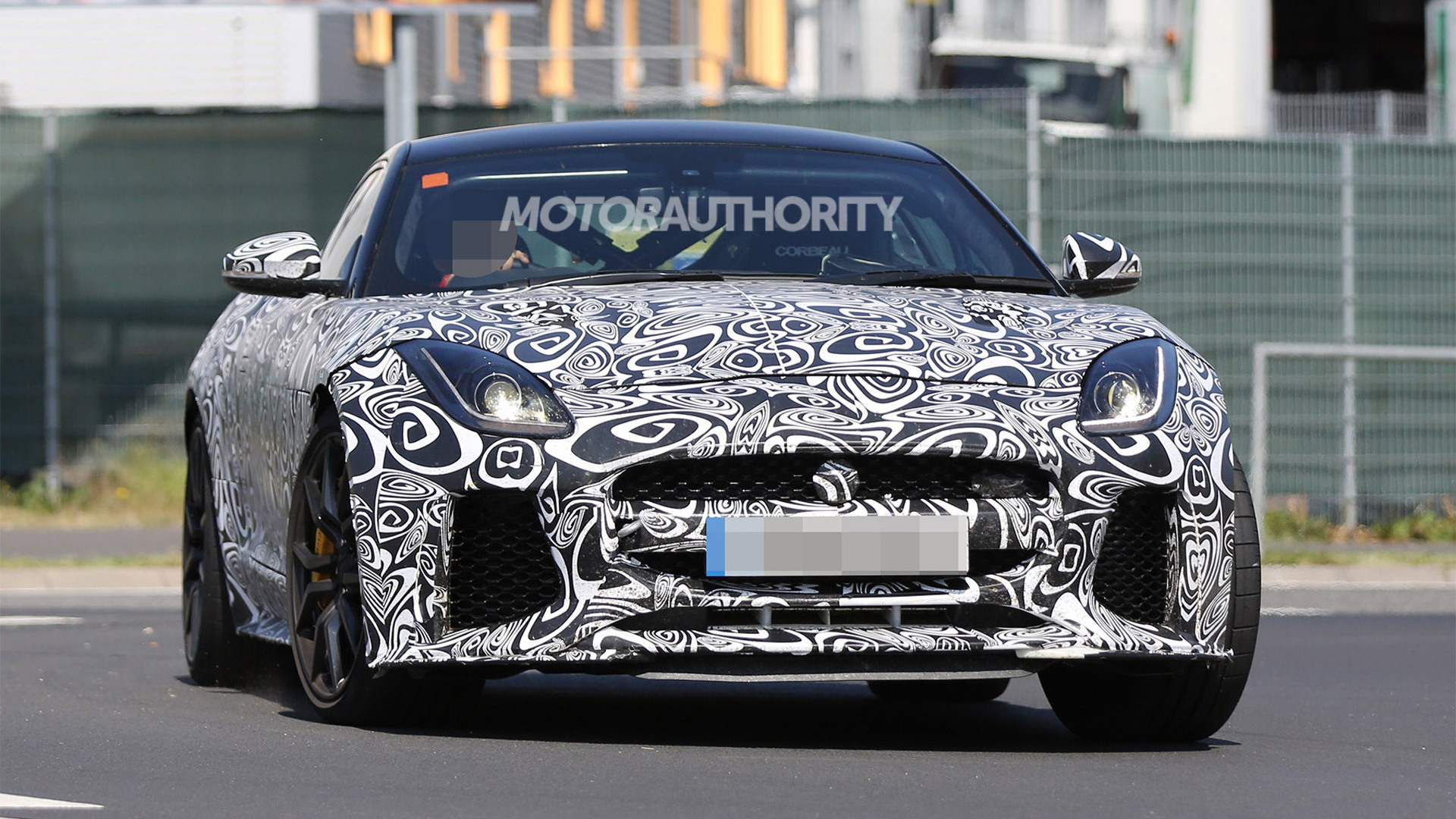 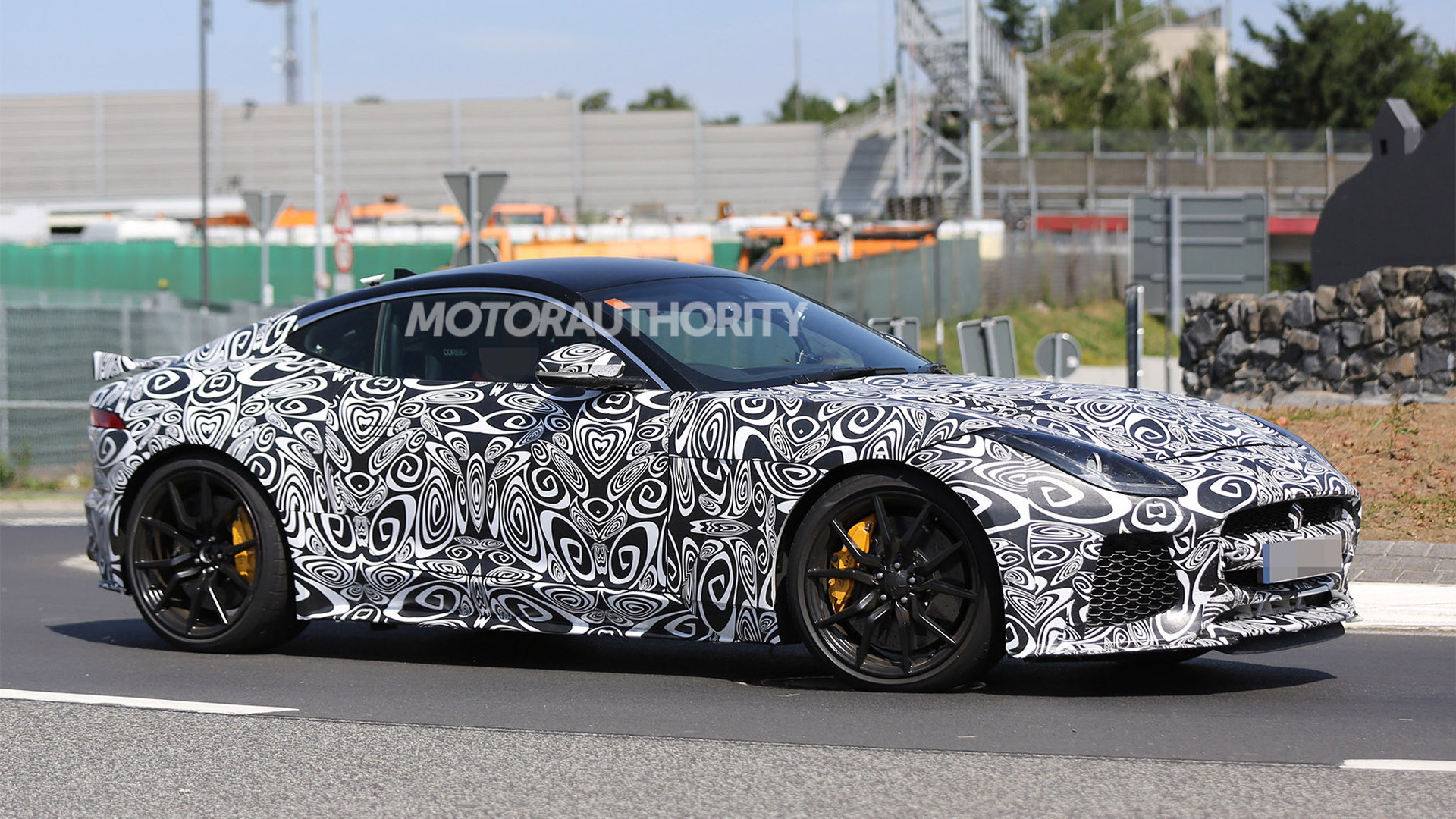 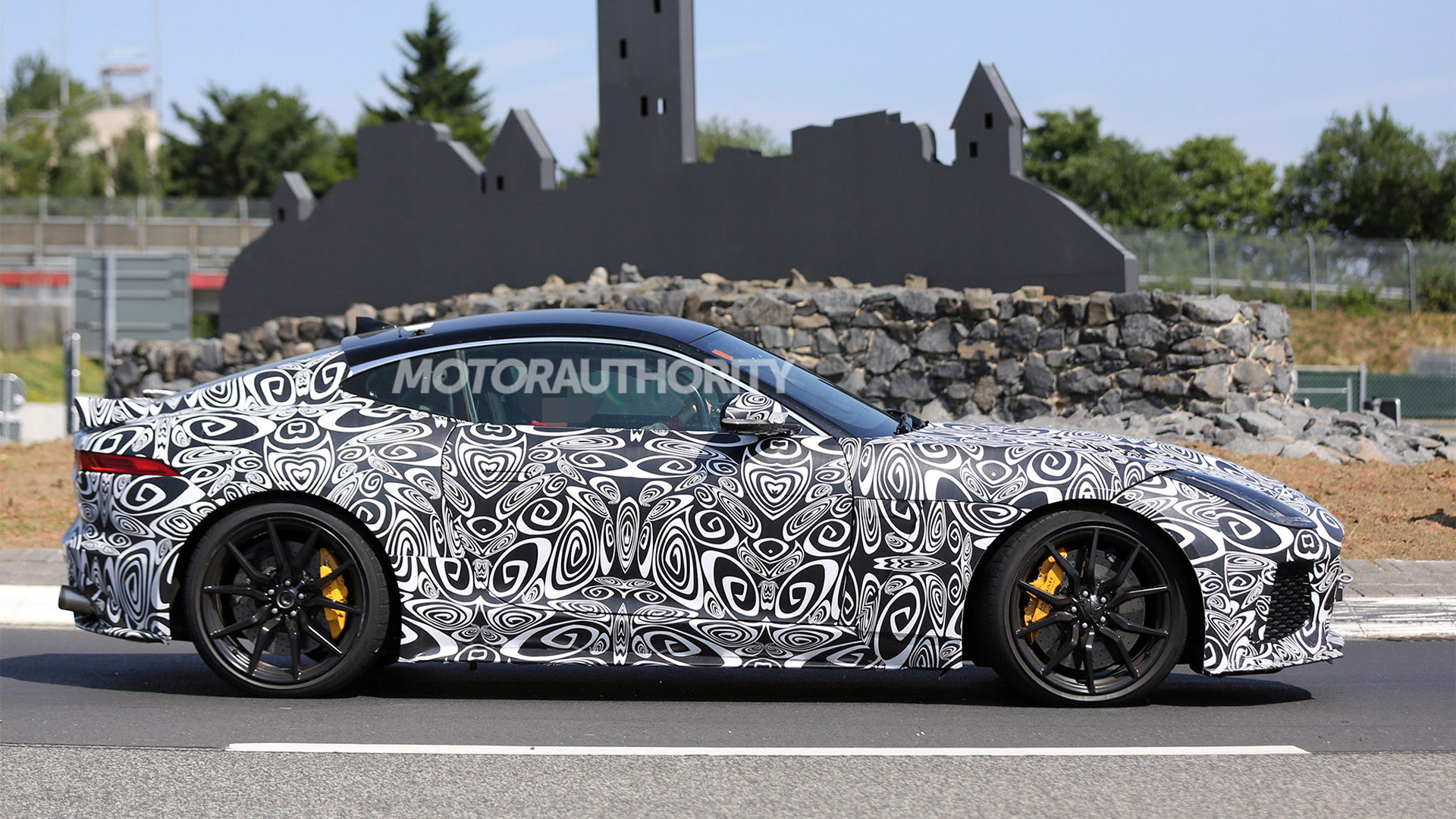 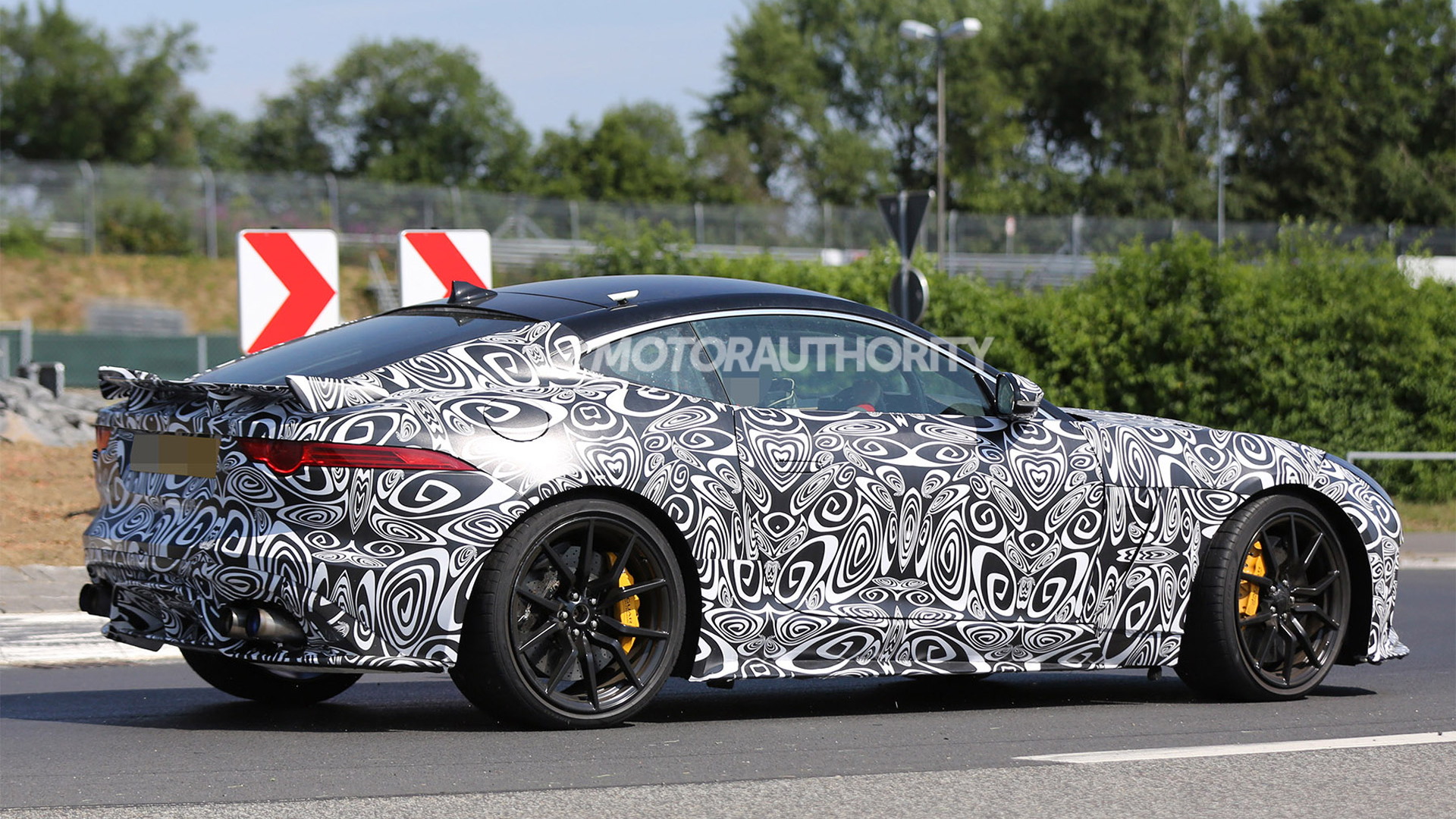 The Porsche 911 Turbo and Mercedes-AMG GT better watch out as Jaguar is working on a new F-Type variant, and word on the street is that the car will pack about 600 horsepower. By comparison, the 911 Turbo and GT in their most potent form come with 560 and 503 hp, respectively.

Our latest spy shots show a prototype for the extreme F-Type. It’s being developed by Jaguar Land Rover’s fledgling SVO skunkworks, which has been made responsible for the automaker’s highly-personalized and high-performance vehicles like last year’s F-Type Project 7.

SVO’s high-performance models wear “SVR” badging, with the first of these being the brilliant Range Rover Sport SVR. The F-Type Project 7 wasn’t badged an SVR but it does hint at some of the upgrades we can expect on the eventual F-Type SVR.

Its engine, the familiar supercharged 5.0-liter V-8, was rated at 575 hp, which was enough for 0-60 mph acceleration in just 3.8 seconds and a governed top speed of 186 mph. Further tuning should bump the output closer to 600 hp, and together with the F-Type’s new all-wheel-drive system, made available for the 2016 model year, we could see the F-Type SVR’s performance surpass that of its aforementioned rivals.

Look for more aggressive aero enhancements similar to those featured on the F-Type Project 7, as well as the car’s electronic active differential, carbon ceramic brakes and uprated suspension. We can clearly see that the front bumper is a new design, with large intakes and an aggressive lip spoiler present. At the rear, there’s a new diffuser integrated with the bumper, flanked either side by a pair of exhaust tips. It also appears that the car has a wider track, and the rear wing looks like a fixed unit.

The roll cage is likely for testing purposes only, though at some point there may be an even more hardcore F-Type variant similar to the previous XKR-S GT with such an option available.

A debut of this Jaguar F-Type SVR should take place in the next six to 12 months. An F-Type SVR Convertible is also planned.