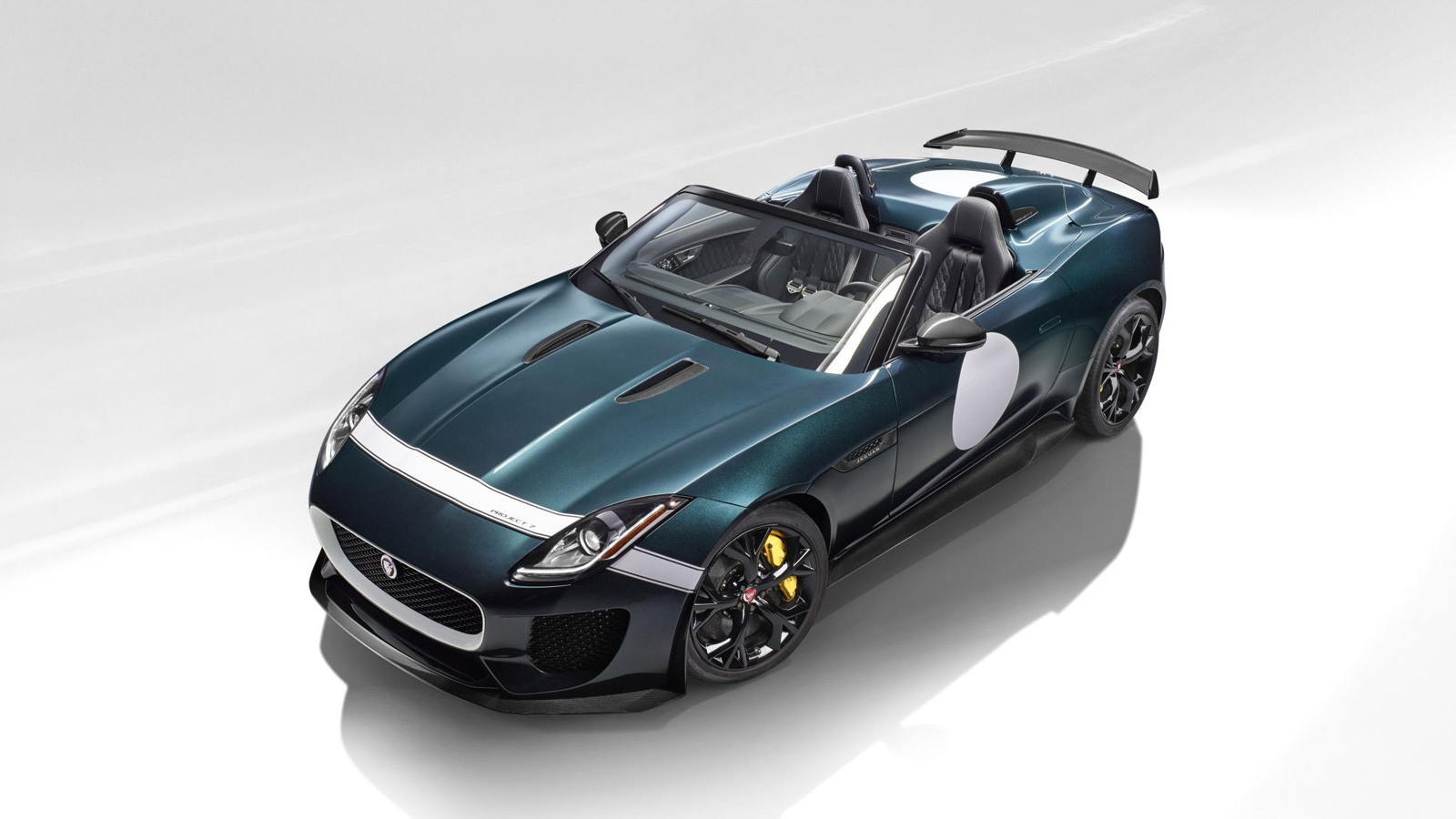 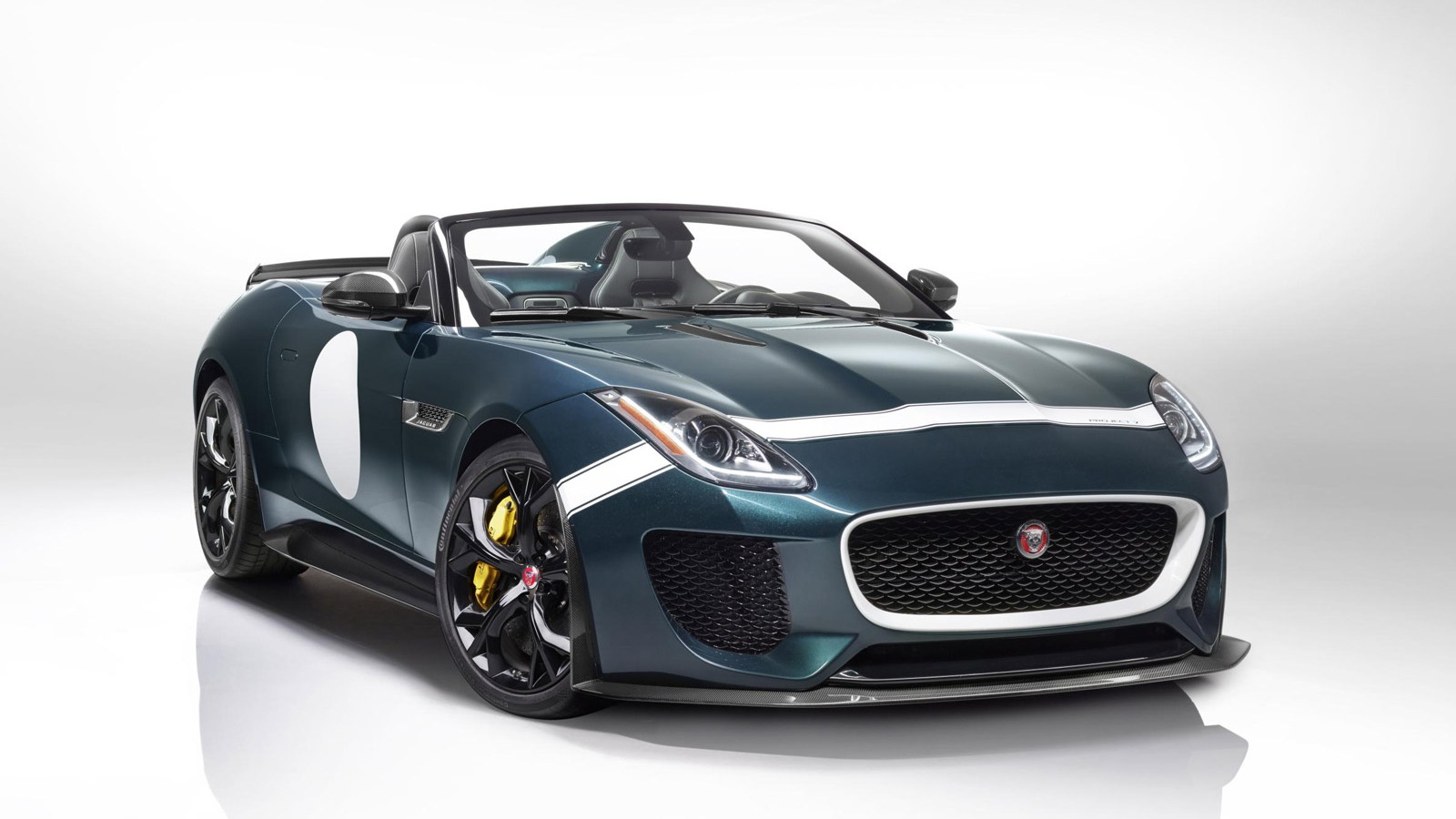 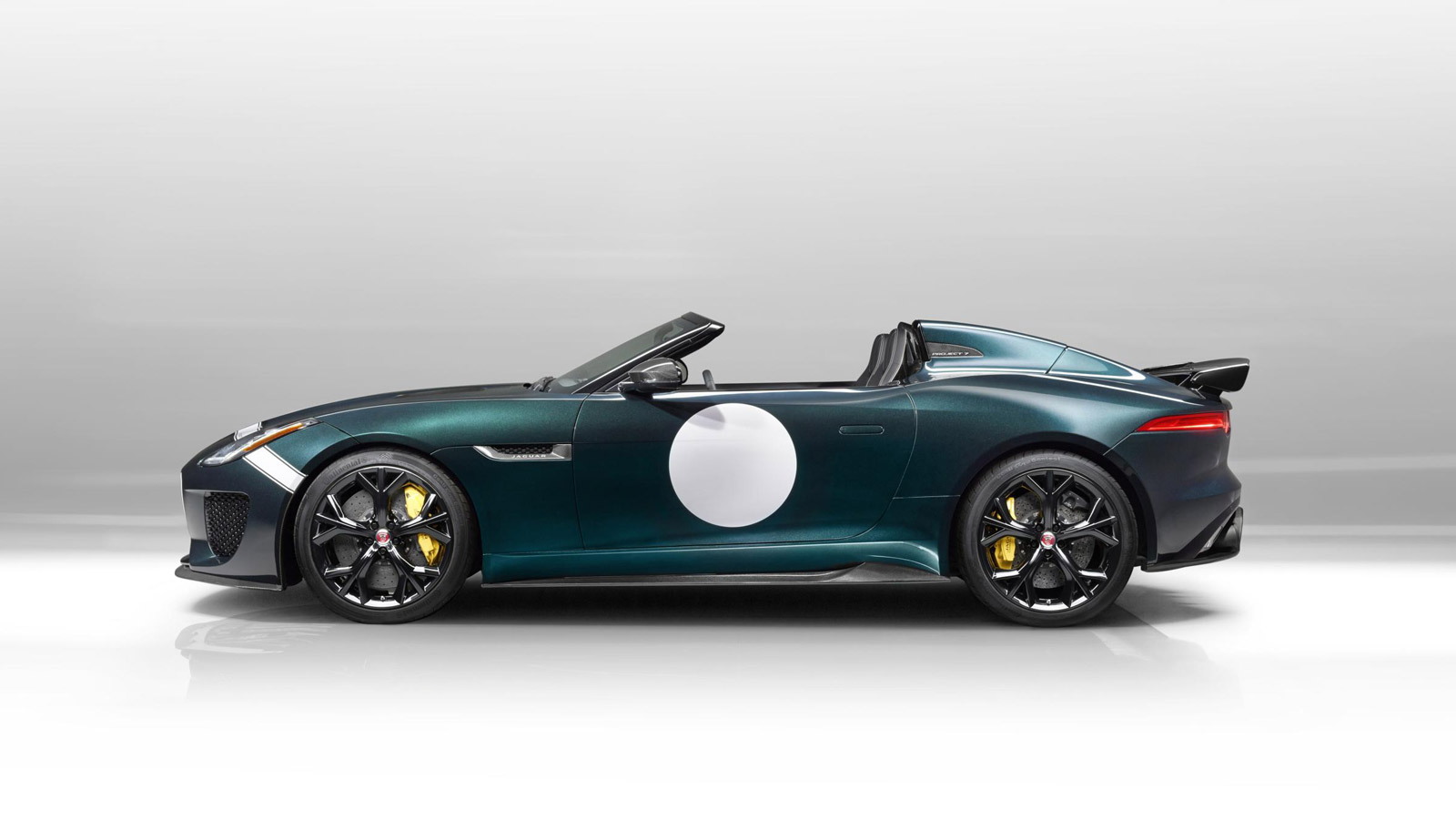 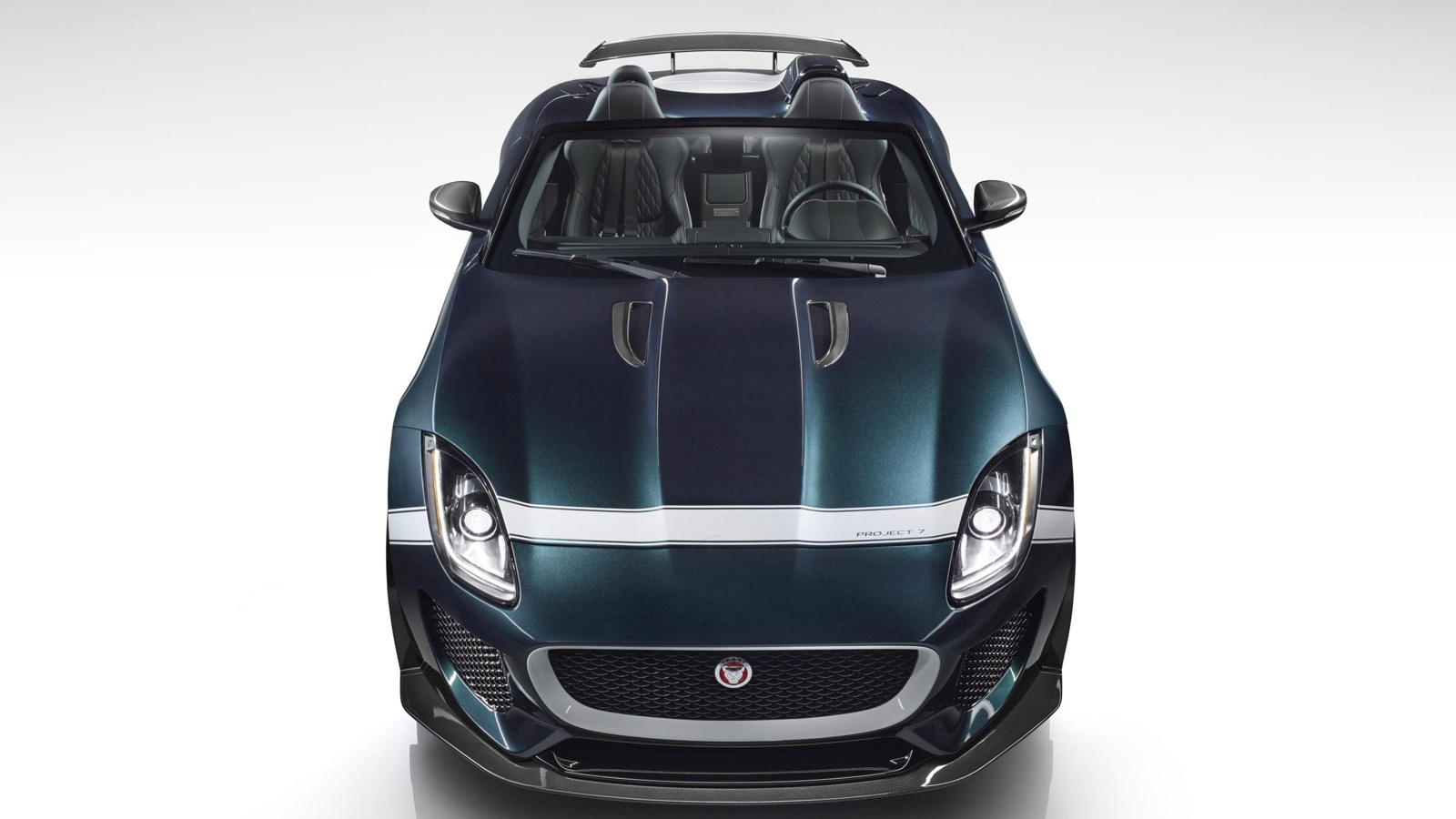 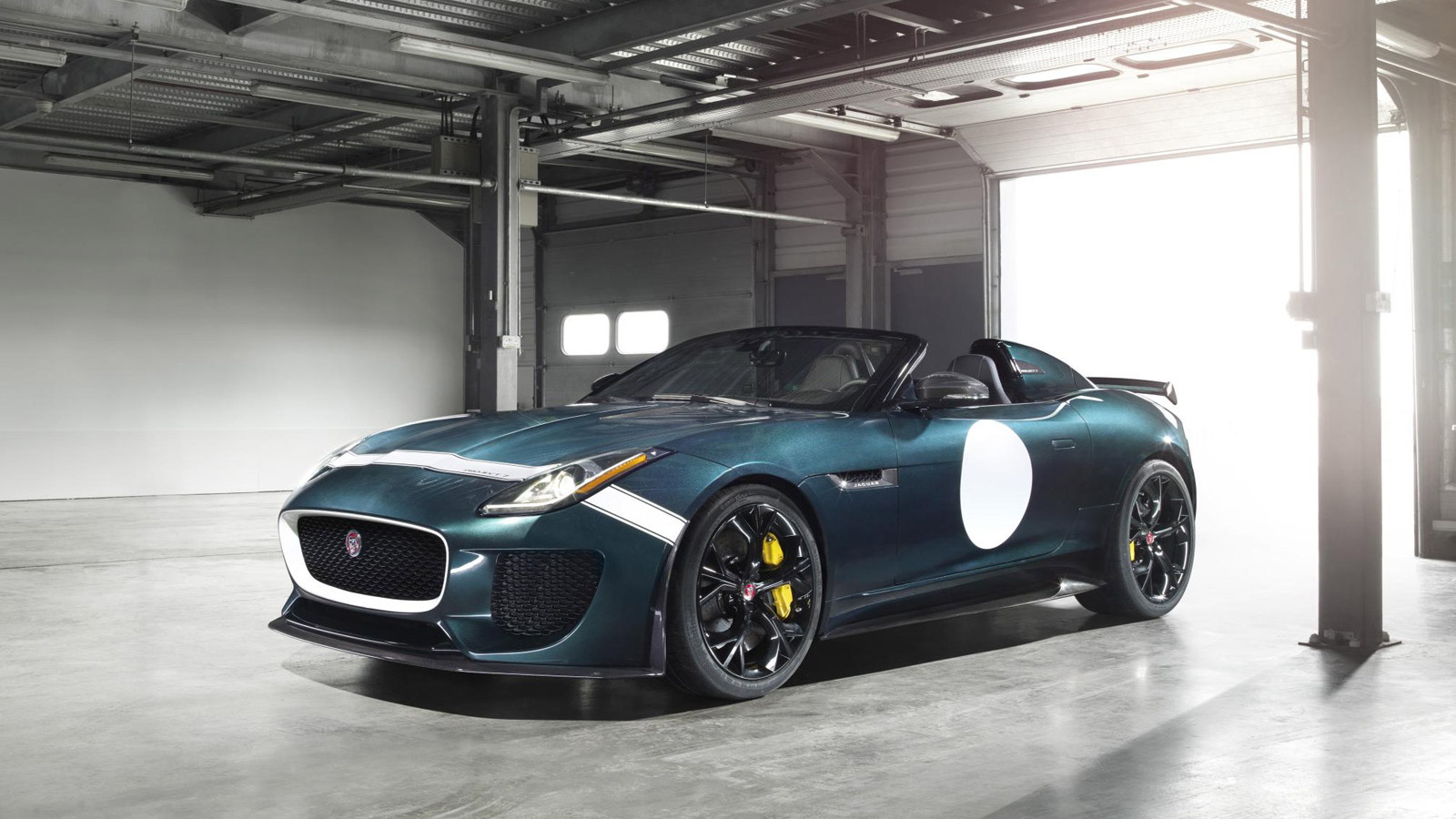 28
photos
The first undertaking of Jaguar Land Rover’s new Special Vehicles Operations personalization department is the F-Type Project 7, the production version of last year’s Project 7 concept car. Yes, Jaguar has confirmed that it will build 250 examples of the stunning speedster, and will present the car for the first time at the 2014 Goodwood Festival of Speed starting tomorrow. The F-Type Project 7’s arrival marks the 60th anniversary of Jaguar’s D-Type race car, which inspired its design. The Project 7 name, meanwhile, is derived from Jaguar’s seven Le Mans wins between 1951-1990, of which many were achieved with the D-Type.

Power comes from Jaguar’s familiar supercharged 5.0-liter V-8, but with output capped at 575 horsepower. That’s 25 horsepower more than what the F-Type R Coupe is producing and hints at what’s to come for the British automaker’s future R-S models. The engine is paired with the F-Type’s usual eight-speed automatic and will rocket the car to 60 mph in just 3.8 seconds and see it keep accelerating until a top speed of 186 mph.

Other performance upgrades include an electronic active differential and torque vectoring at the rear, carbon ceramic brake discs at all four corners, uprated suspension and carbon fiber aerodynamic aids. The curb weight of the F-Type Project 7 is said to be 3,495 pounds.

Key design elements include the D-Type-inspired fairing behind the driver, a new front bumper, and downforce-increasing aerodynamic modifications—including a carbon fiber front air splitter, side skirts, rear diffuser and adjustable rear spoiler. While the original concept car was a single seater, the production version has been transformed into a two-seater, with rollover hoops for both driver and passenger now integrated into the design.

A shortened windscreen is also featured, but Jaguar tells us that a full height version will be fitted to cars delivered to the U.S. because of local regulations. All F-Type Project 7s will also come with a removable roof, which clips onto the convertible header rail and can be conveniently folded and stowed in the trunk when not in use.

Deliveries are scheduled to commence in mid-2015. Customers will have the choice of Ultra Blue, Caldera Red, British Racing Green (all with white graphics options), Ultimate Black and Glacier White (both with grey graphics options) exteriors.