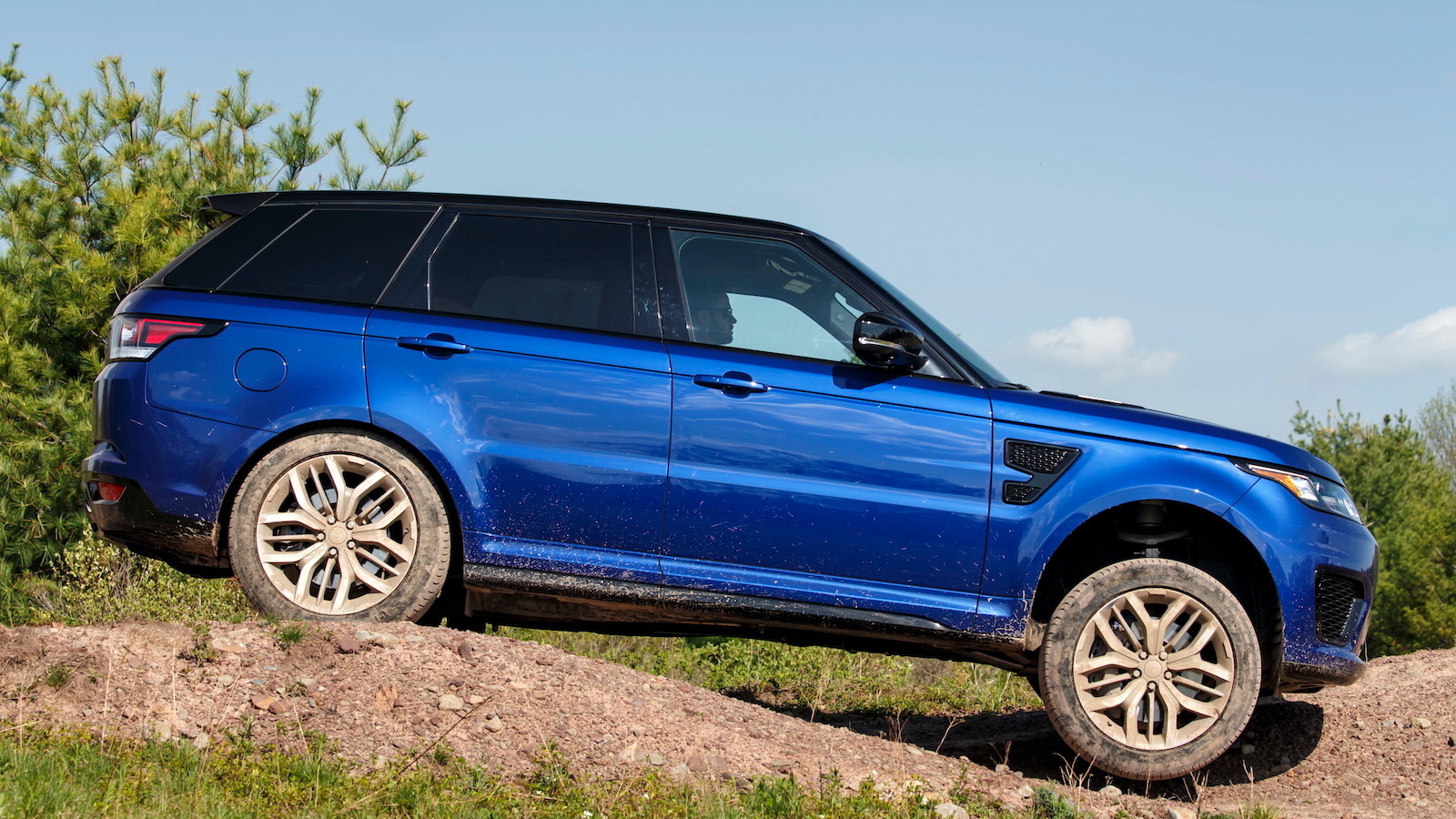 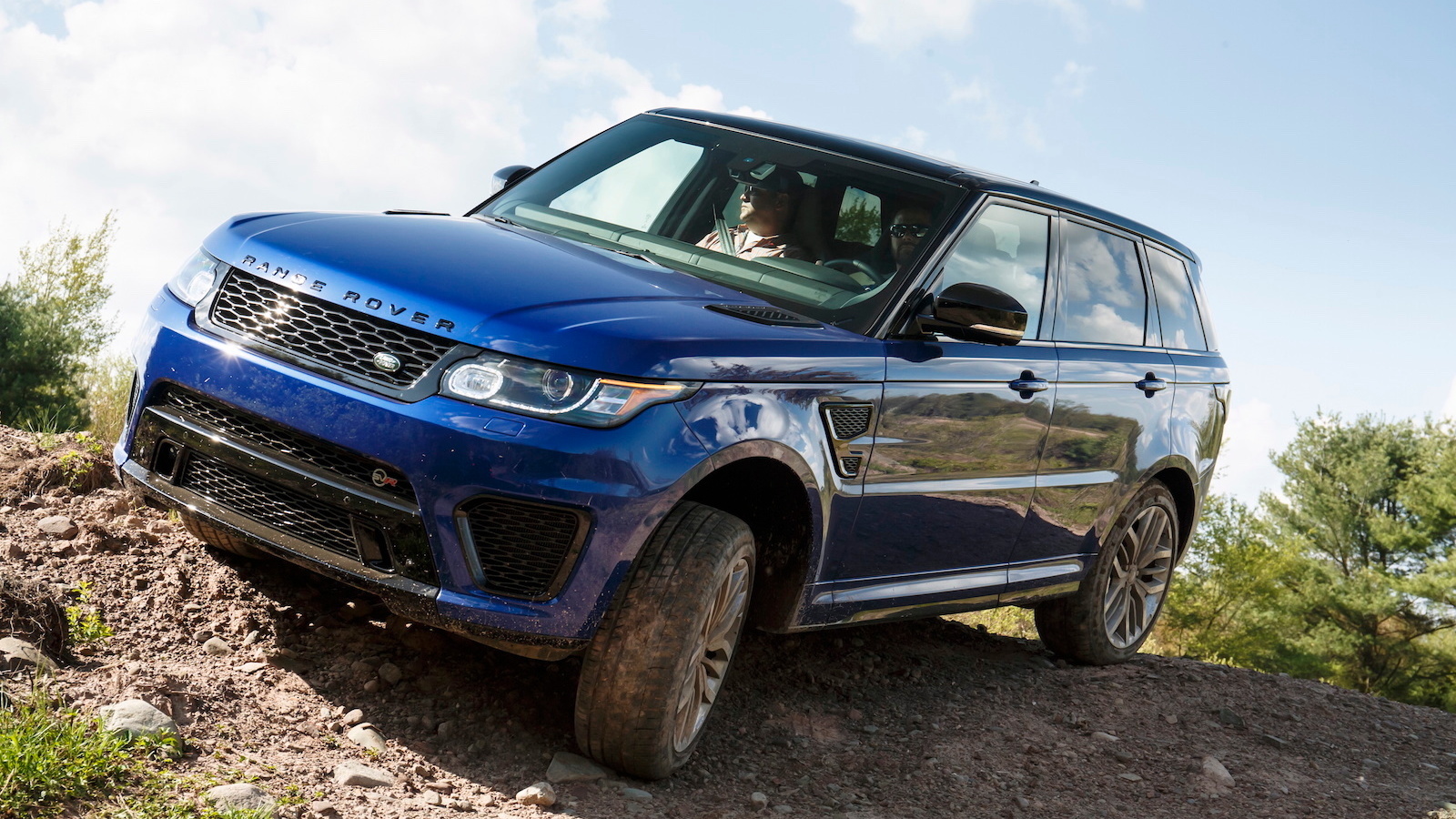 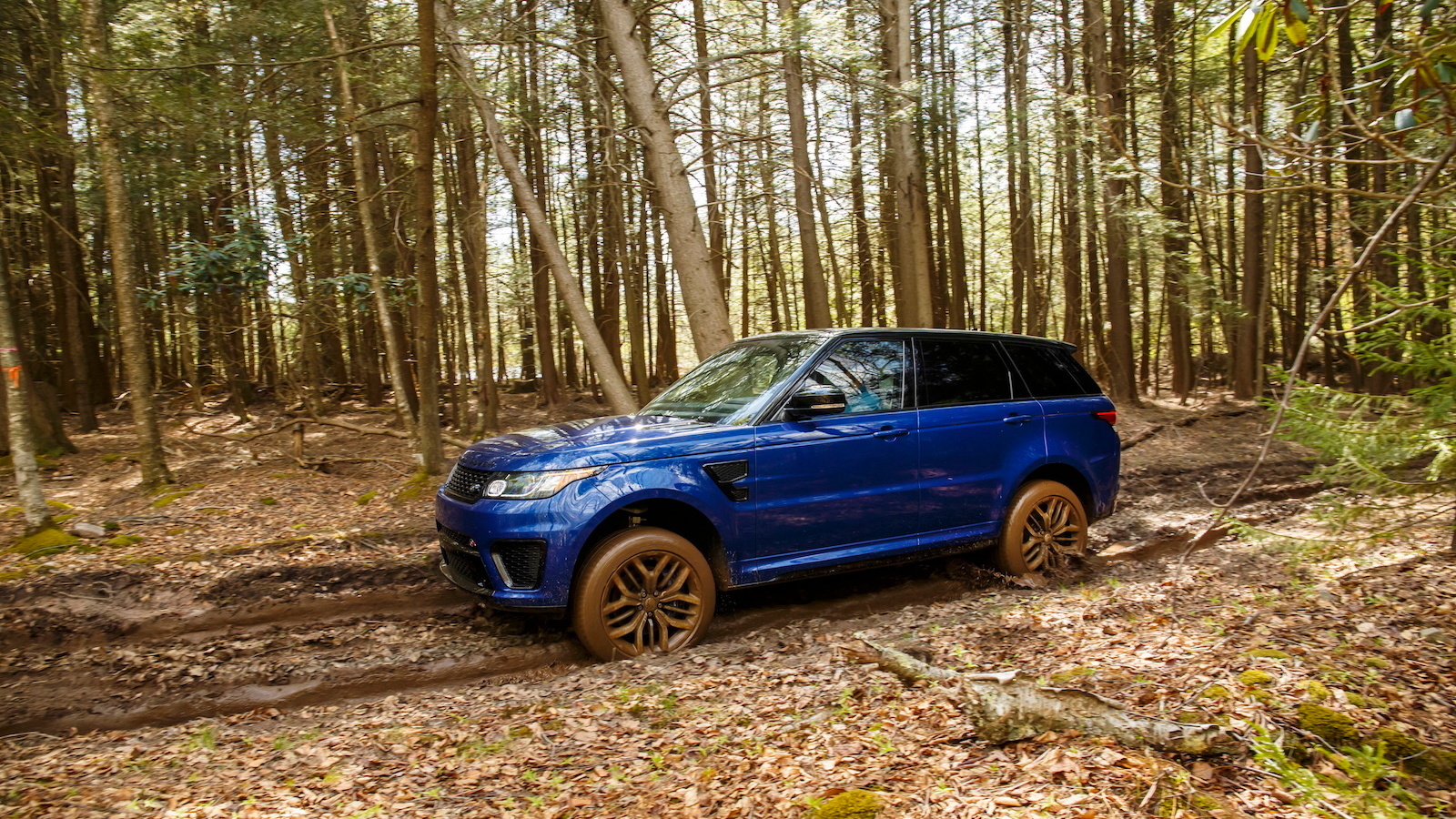 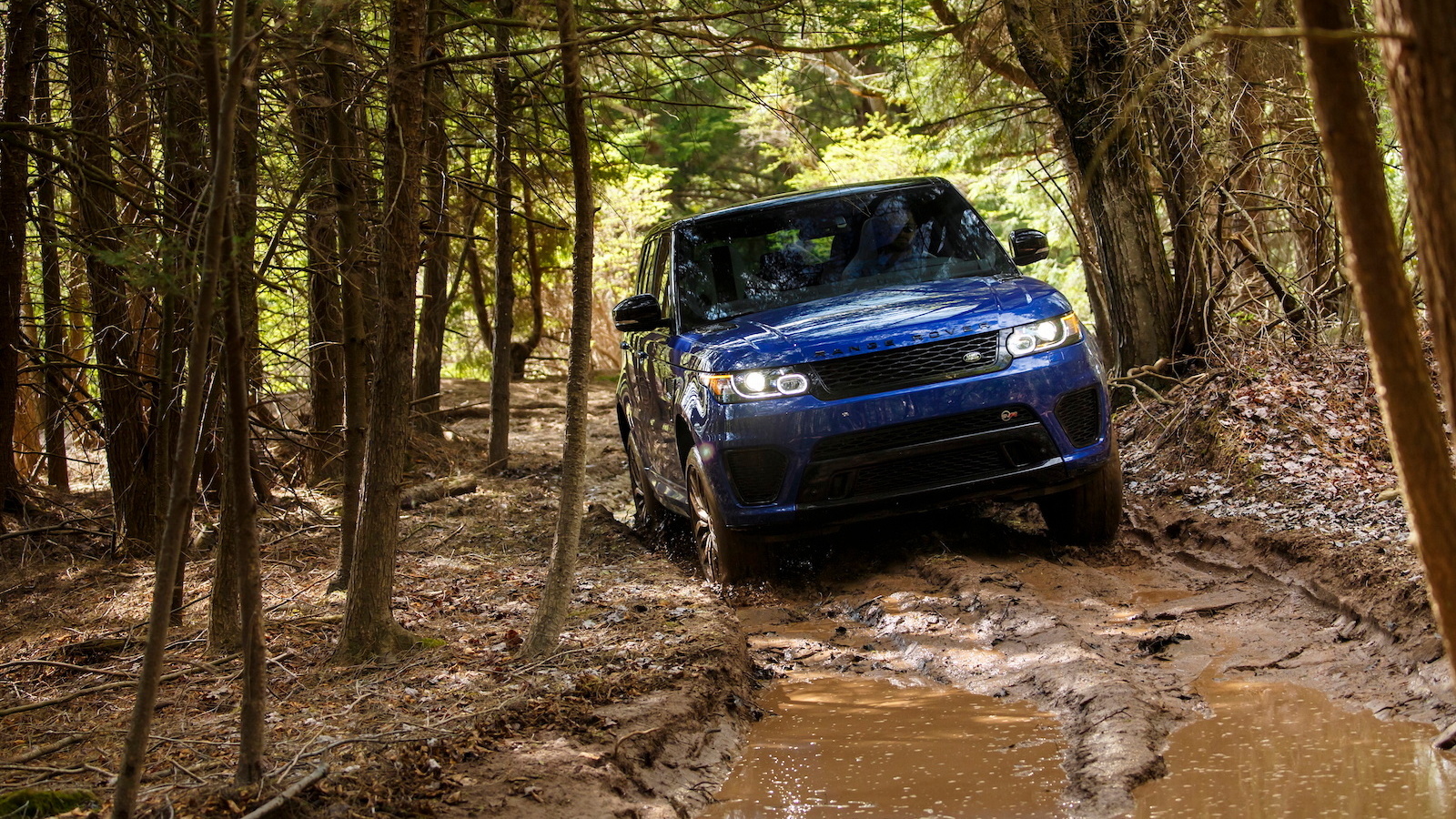 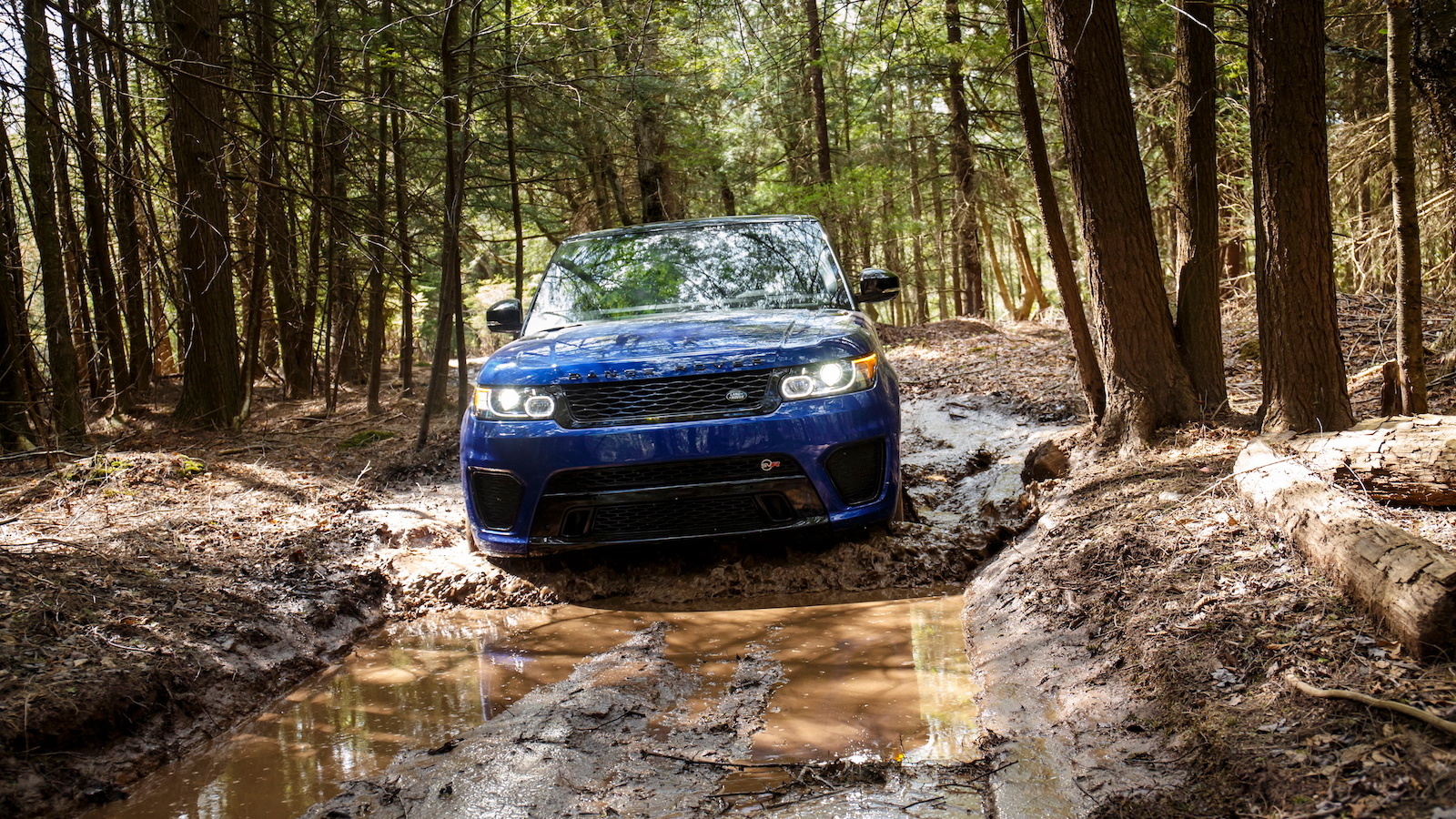 It’s already claiming the fastest production SUV lap time around the Nürburgring. It’s been sideways on video showing its chops. But now it’s been in our hands for a long day on the road, on the trails, and on the track. Does the 2016 Range Rover Sport SVR really measure up?

If you’re unfamiliar with the Range Rover Sport SVR, here’s the cheat sheet: a 5.0-liter supercharged V-8 engine cranks out 550 horsepower and 502 pound-feet of torque, thrusting it toward the horizon at the rate of 4.5 seconds to 60 mph and a top speed of 162 mph.

That translates, in somewhat real-world terms, to a Nürburgring Nordschleife lap time of 8:14, which the company claims is the fastest of all production SUVs.

In more real world terms, it translates to an insanely quick SUV—one that merges onto freeways like a serious sports car; one that devours long stretches like an Autobahn cruiser; one that doesn’t cringe at a nice stretch of curves.

But before we get to the on-track demeanor of the SVR, it’s good to remember that this is a Land Rover first, a Range Rover second, and an SVR third. That means it has a whole host of other capabilities.

Among those capabilities is a damned impressive ability to scrabble over rocks and roots, through mud, sand, and gravel, and to ford water—up to 33.5 inches deep. That’s because the off-roading ability of the Range Rover Sport SVR is the same as its non-SVR counterpart, including key stats like wheel travel (10.2 inches front, 10.7 inches rear), ground clearance (9.3 inches in Access Mode for off-roading), and, of course, the Terrain Response 2 system for drivetrain, stability/traction control, and other systems. Terrain Response 2 includes seven modes: General, Dynamic, Grass/Gravel/Snow, Mud/Ruts, Sand, Rock Crawl, and Auto. Auto mode automatically selects the best mode based on the input from the vehicle sensors. 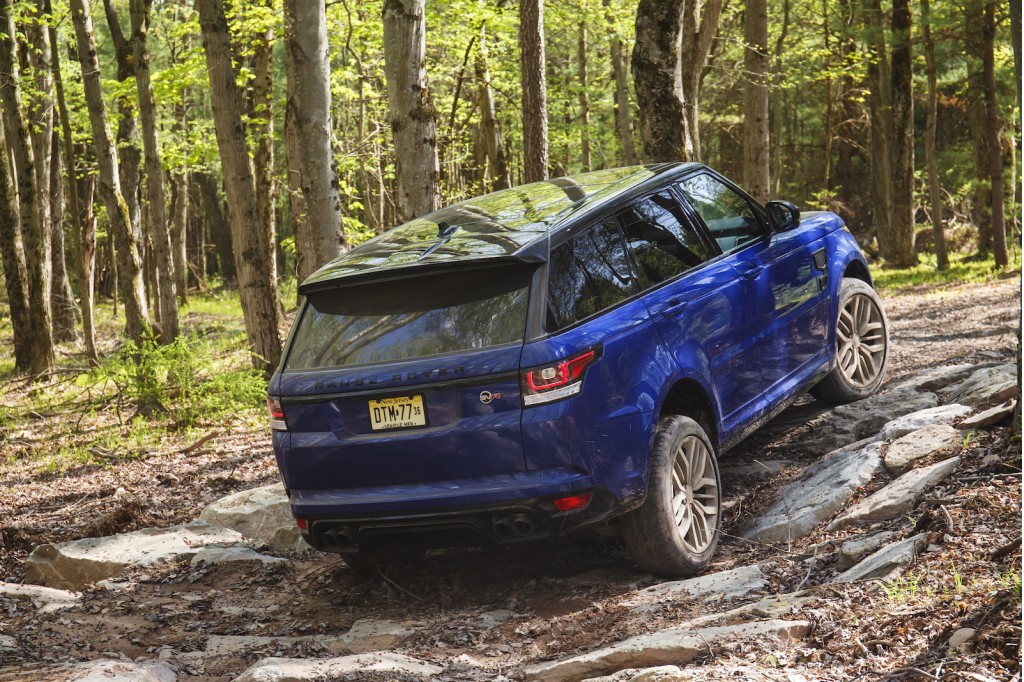 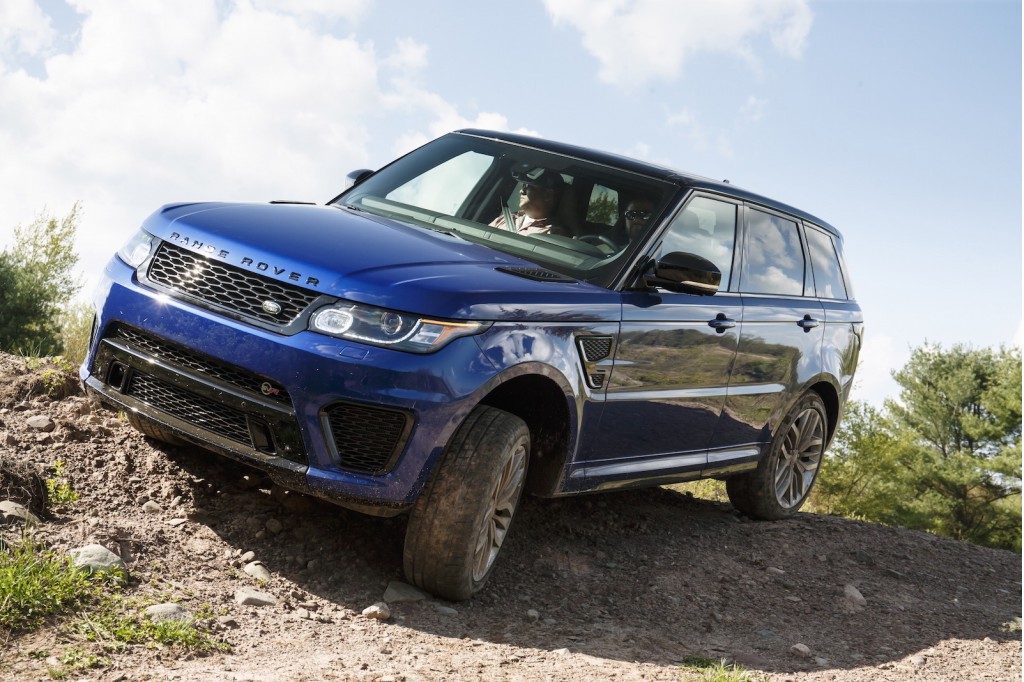 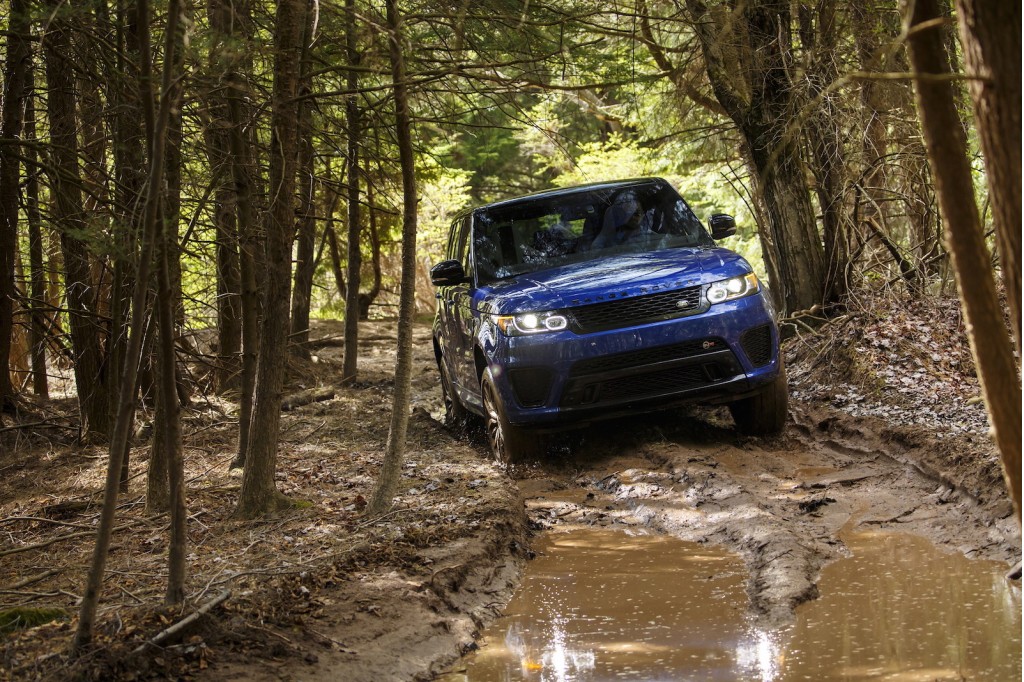 We got to take the SVR on a short, rather tame (by Land Rover/Range Rover standards) trail around the grounds of the Monticello Motor Club to test its off-road abilities, and while the trail wasn’t all that intimidating, the SVR barely even noticed it wasn’t in a flat, smooth parking lot. The systems just worked, traction was never in short supply, and the same tires that conquered the trail without even a hint of sweat took to the track just minutes later.

Speaking of the track, the south road course at the Monticello Motor Club is a short, but tricky bit of tarmac that showed off the SVR’s ability to accelerate perhaps more than anything. As an SUV that’s off-road capable and very comfortable on-road as well, it’s no surprise that there’s some body roll in the corners, even with the adaptive dampers. That said, it’s predictable, and once the initial roll occurs, it takes a set and rotates willingly into the corner, allowing power application early and progressively through the exit.

The only place you’ll really feel like you’re driving a luxury sport-SUV is on the brakes, where the svelte-for-an-SUV curb weight (a scant 5,148 pounds in its lightest form) comes up against Newtonian physics. 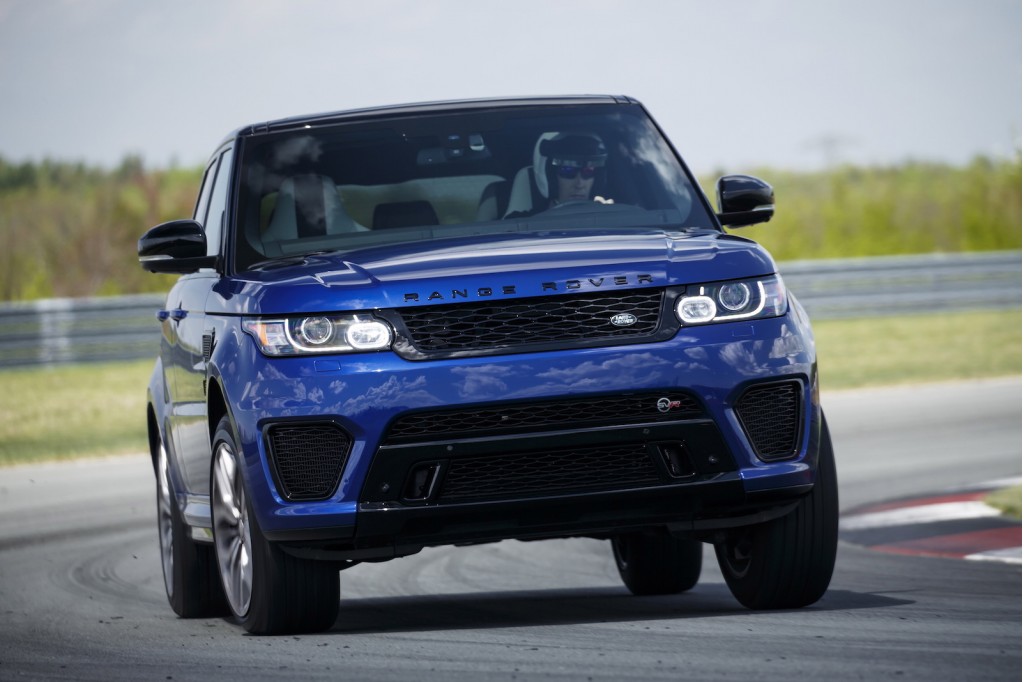 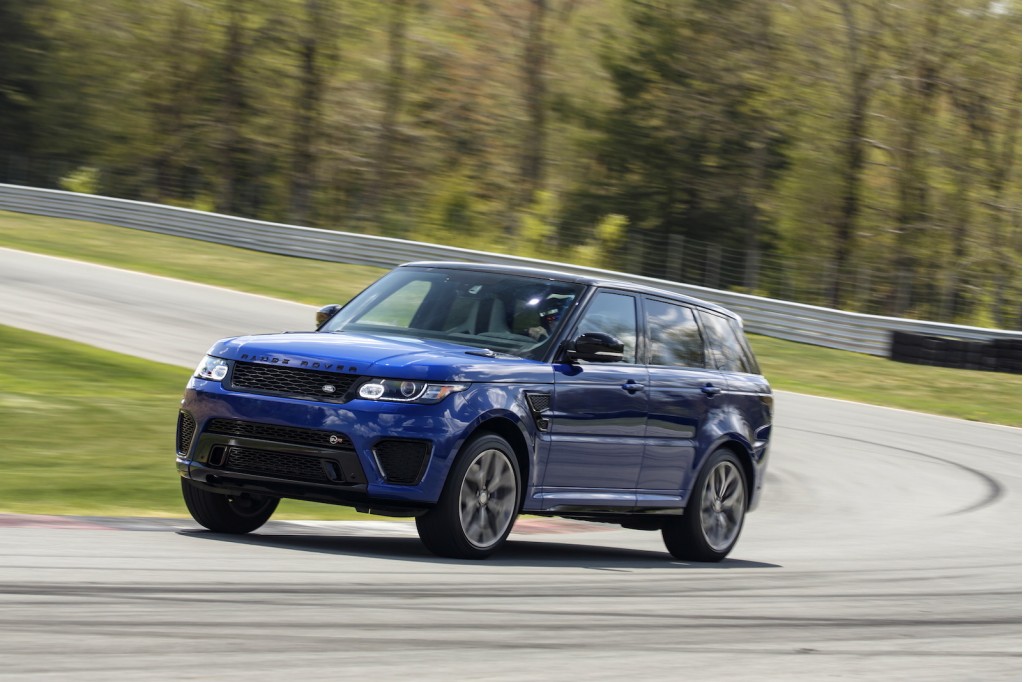 But remember: there’s room for five (despite the bolstered outboard seats on the rear bench), there’s more luxury than you’ll find in an equivalently priced Porsche, and this thing can climb trails like a billy goat.

And you can drive it home. In utter comfort.

Even with the track-tuned suspension, large wheels, relatively low-profile tires, and all of the goodies that add $30,000 worth of SVR to the standard Range Rover Sport’s sticker, this is one plush place to be on the highway. It’s comfy, roomy, and quiet. There’s even a giant panoramic sunroof. There’s really nothing at all to complain about—and 2.5 tons of stuff to enjoy.

Having driven it back-to-back with the new 2016 Jaguar F-Type R AWD (more to come on that front soon), we are left wondering why anyone would give up all of the Range Rover Sport SVR’s utility for not really much more real-world performance, at around the same price. It’s just brilliant.