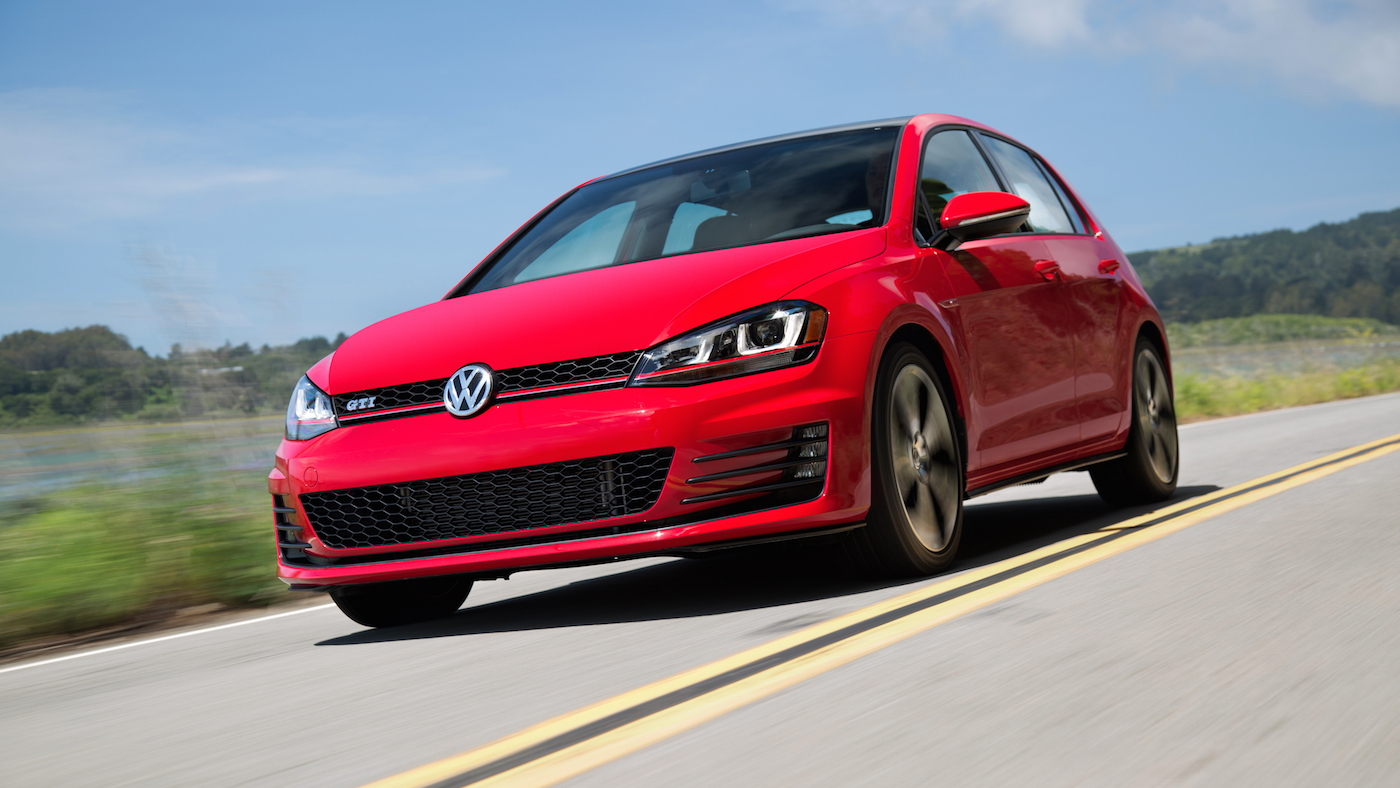 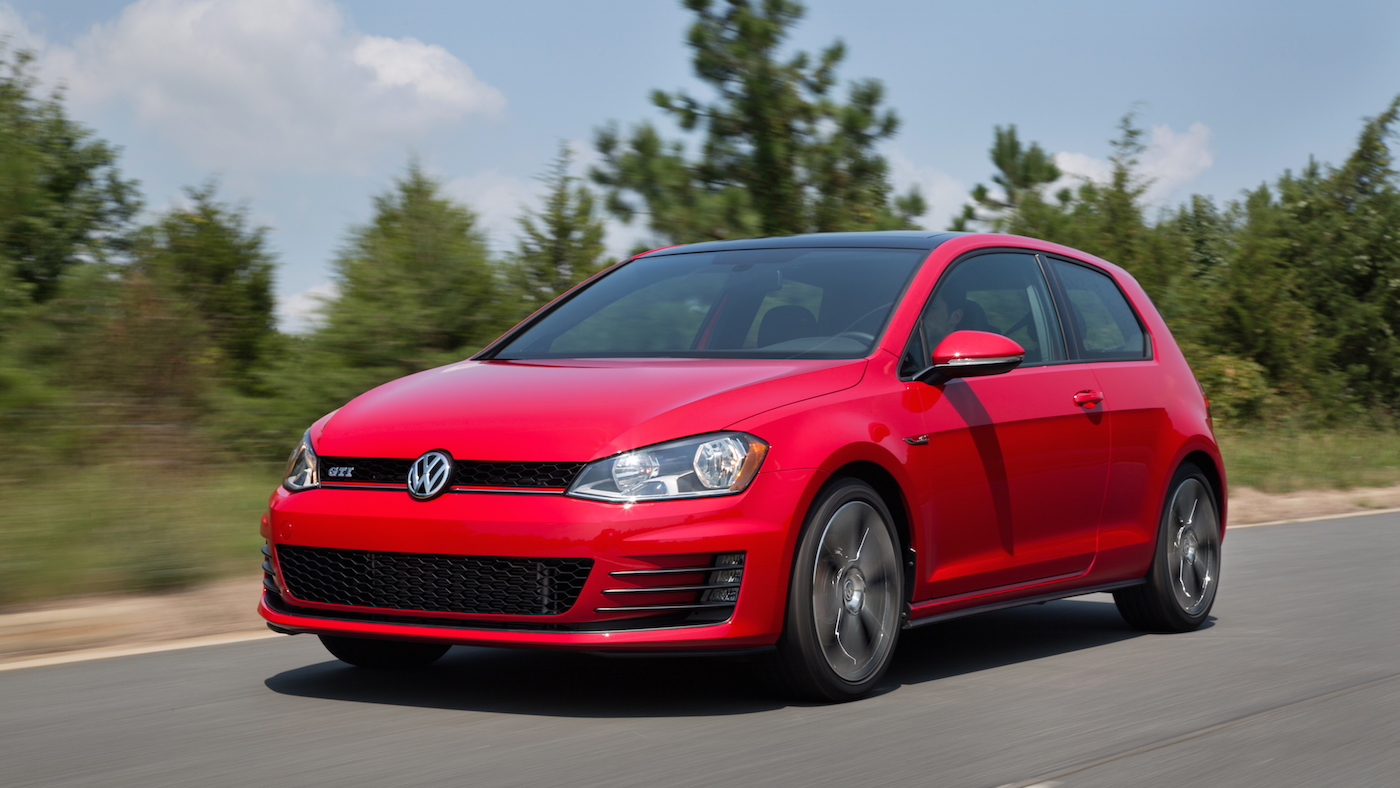 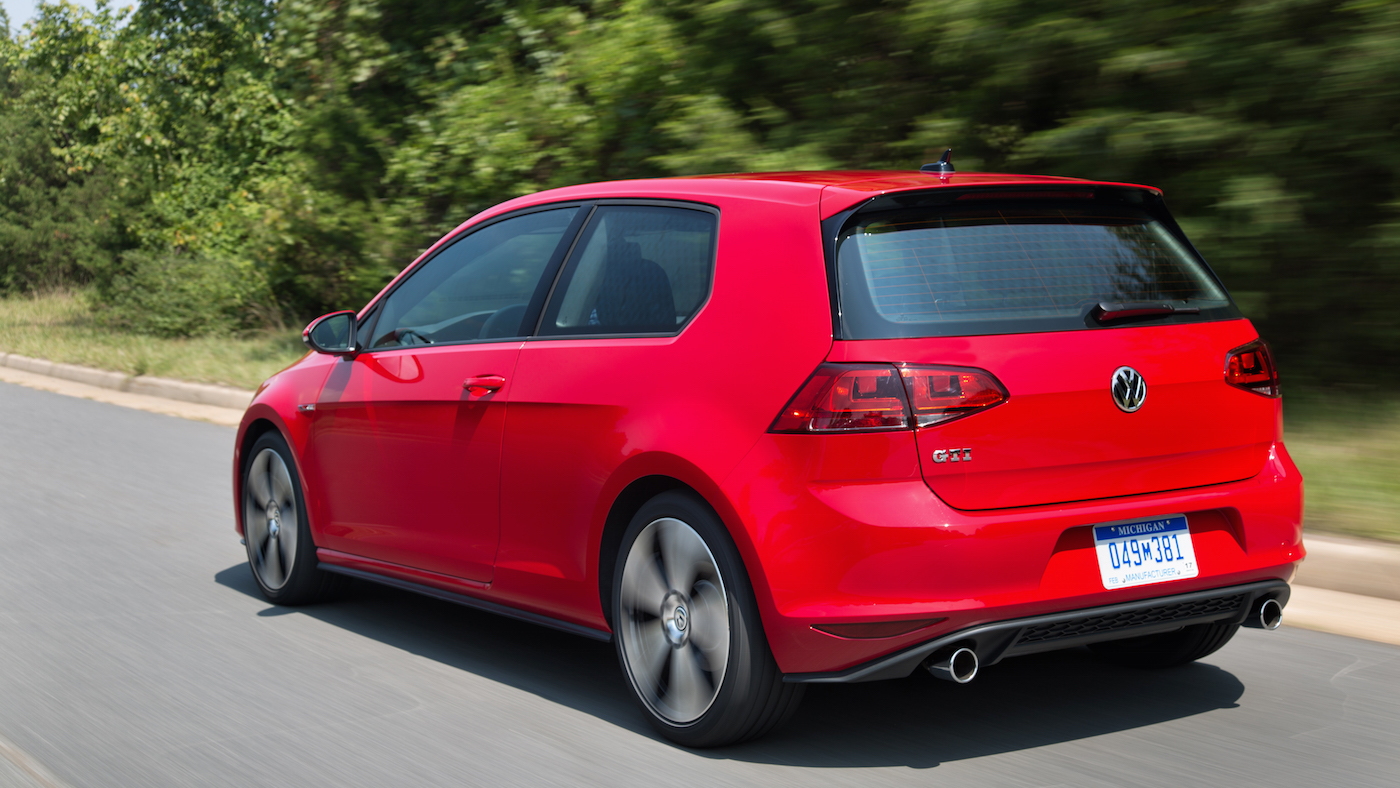 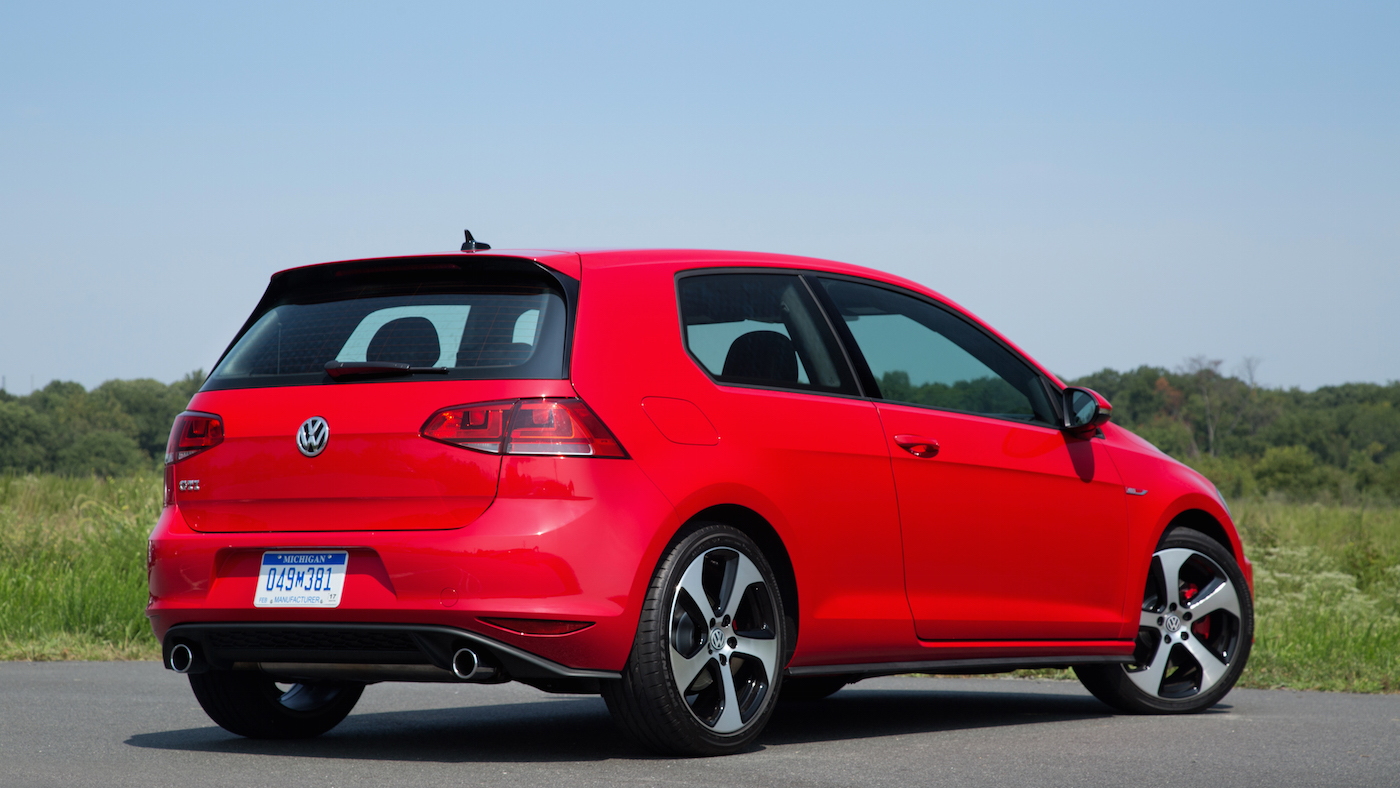 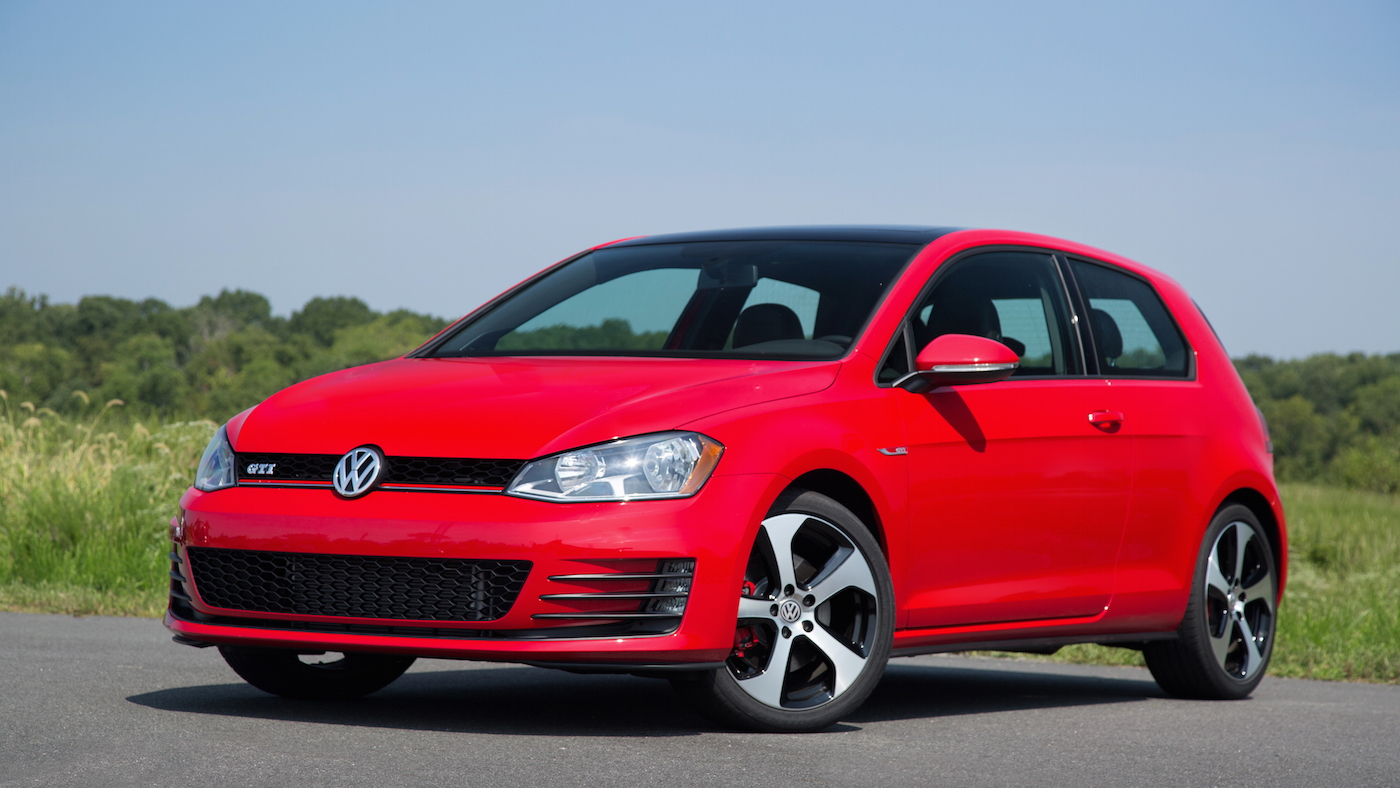 For decades, enthusiasts have fawned over and flocked to the Volkswagen GTI. Sure, it’s gotten bigger, heavier, and more technologically advanced, but it’s still remained the enthusiasts' choice--the original hot hatchback.

But lately, the competition’s getting more fierce with the new, and highly capable Subaru WRX and hellacious Ford Focus ST.

So, how does this new seventh-generation Volkswagen GTI stack up?

First things first, the powertrain. Under the hood of the 2015 GTI you’ll find a 2.0-liter turbocharged four-cylinder now rated at 210 horsepower and 258 pound-feet of torque. Opt for the Performance Pack and you’ll gain 10 horsepower but no more torque. Power is sent to the front wheels through either a standard six-speed manual or the fantastic dual-clutch DSG transmission.

Not that most performance enthusiasts care, but the GTI is capable of an EPA-rated 34 mpg highway rating. That's impressive for such a fun car.

Behind the wheel, the GTI warps the rules of how front-wheel-drive cars behave near the limit. Haters will hate, but this is automotive parkour in 2015. There’s a trick electronically operated differential up front on performance-package cars that makes the GTI pull through corners in a way a front-wheel-drive car shouldn’t. Pass on that package and you get an electronic differential that uses the brakes to transfer torque. It's not terrible, but if you plan to track your GTI, you’ll want that performance pack.

Then there's the electric power steering--it's nearly flawless. There’s good feedback, which helps you tuck those lines and hit those tight hairpins. There's barely any torque steer here, either.

VW’s dual-clutch transmission is terrific, but the manual gearbox is much more fun. It has an easy-to-modulate clutch--good for daily driving--and while the linkage is a little imprecise, the shifter glides nicely between gears. Braking’s a little touchy, but once you get used to it, the stoppers feel confident.

The GTI is…well, let's call it understated. That’s fine, because you’re an adult, right? There’s a sporty little red line that runs through the grille, different wheels, and a more aggressive front bumper, but this is really a sporty-looking Golf.

The interior is more of a home run. It's one of the best in small hatchbacks. The materials are tightly fitted, well-coordinated and the surfaces feel good to the touch.

These front seats are not only well-bolstered but generously sized and genuinely comfortable. There’s no Recaro option like the Focus ST, but we’re fine with that. The driving position is a bit low for our tastes, and visibility gets cut by the thick C-pillars.

In back there’s a bit more space than you might remember--and if there's just one or two of you, you'll have lots of space for weekend bags, since the GTI's rear seats fold down.

The GTI starts from just under $25,000 and comes well-equipped with 18-inch alloy wheels, a touchscreen infotainment system and hallmark plaid cloth seats. Load it up with the performance package, a power driver seat, and a panoramic sunroof, and you’ll be facing a price tag of just under $36,000.

So what’s the bottom line with the 2015 Volkswagen GTI? It's one of those rare cars that makes you feel like a driving hero--no matter your skill level.