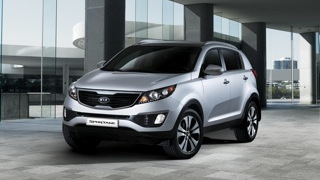 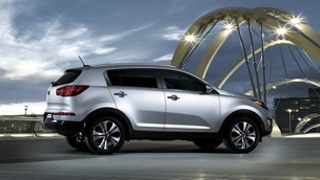 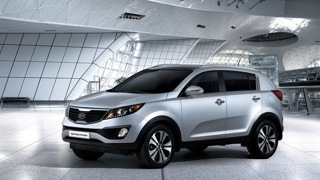 In the past couple of years Kia’s lineup has grown to include three different SUV models as well as the stylish Forte sedan and Soul hatchback, all while improving quality levels and maintaining the brand’s traditions of affordability and good value. This rollercoaster of product launches doesn’t show any signs of slowing--even with the recent economic crisis--with first the new 2010 Sorrento and now the 2011 Sportage due for release soon.

The first images of the U.S.-spec 2011 Kia Sportage have now been revealed, several weeks ahead of its March 2 premiere at the 2010 Geneva Motor Show.

Due for a sales launch later this year, the new Sportage appears to retain the boxy styling of the current model, though it features a sportier edge that it shares with the Sorrento, as well as Kia's new family styling.

Mechanically, the latest Sportage shares much in common with the 2010 Hyundai Tucson though there will be some differences. A direct-injection, four-cylinder engine with six-speed manual and automatic transmissions are expected for the U.S. market, with front- or all-wheel drive versions.

For more details, check out Bengt Halvorson’s report over at The Car Connection.