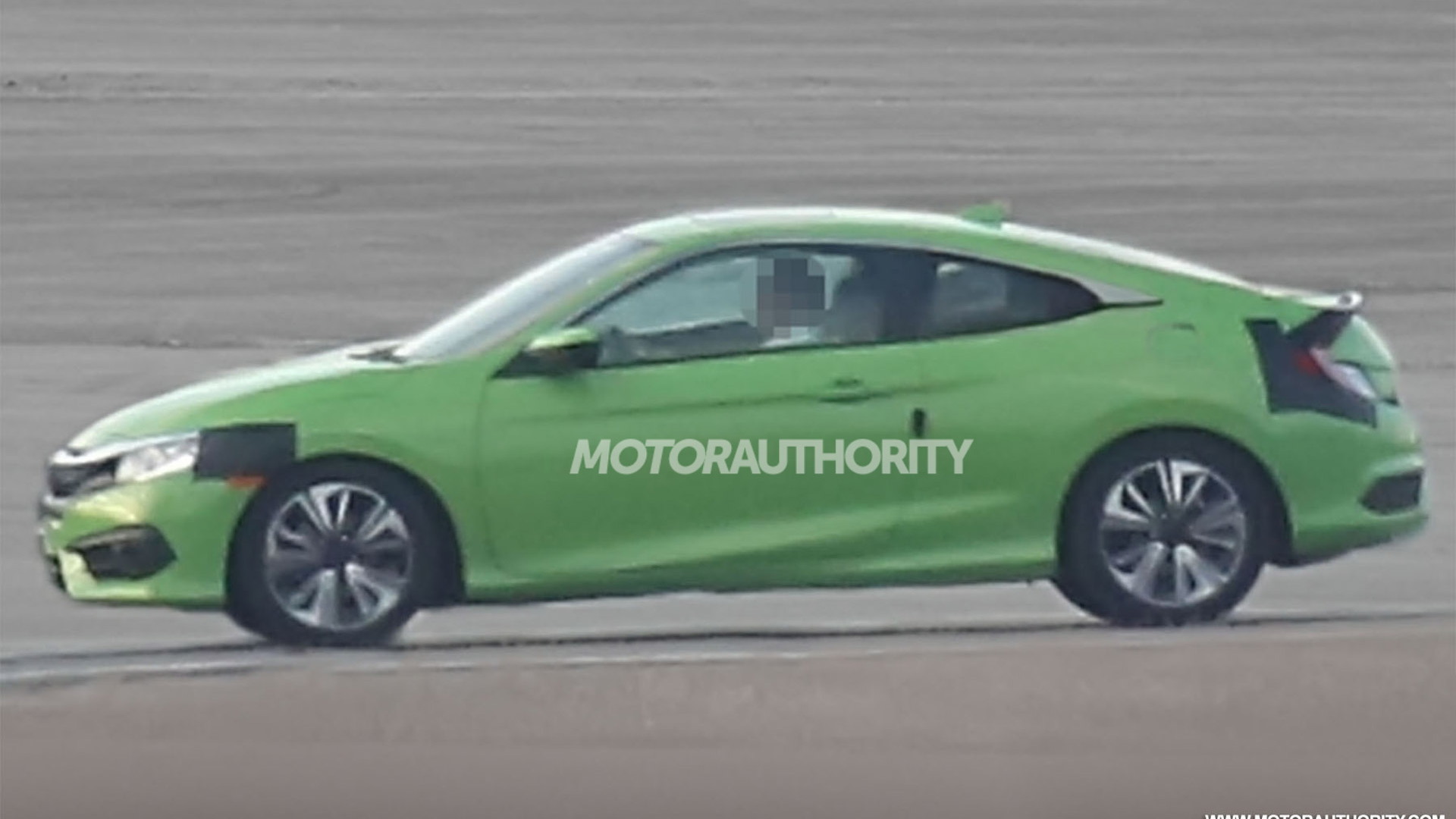 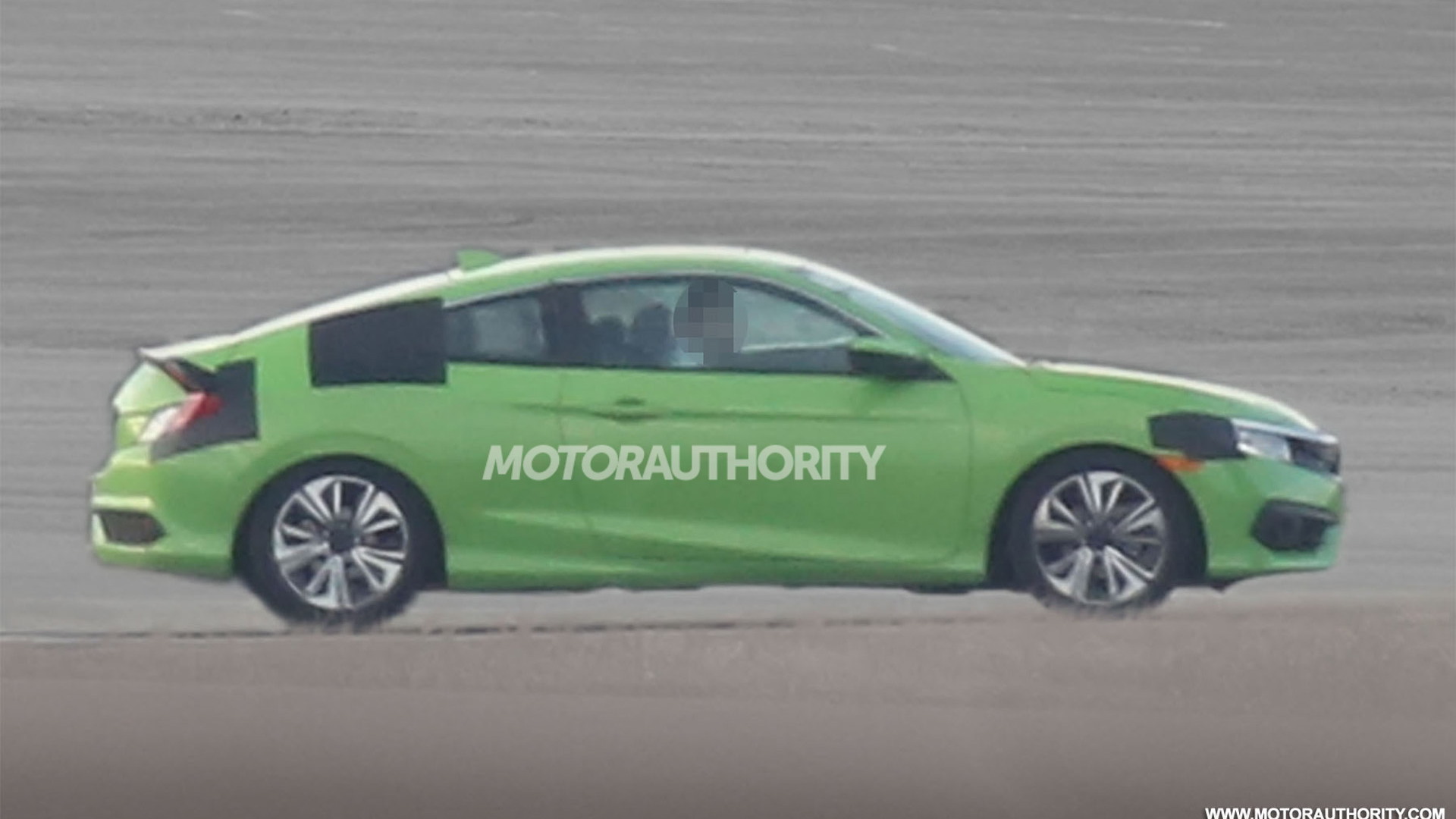 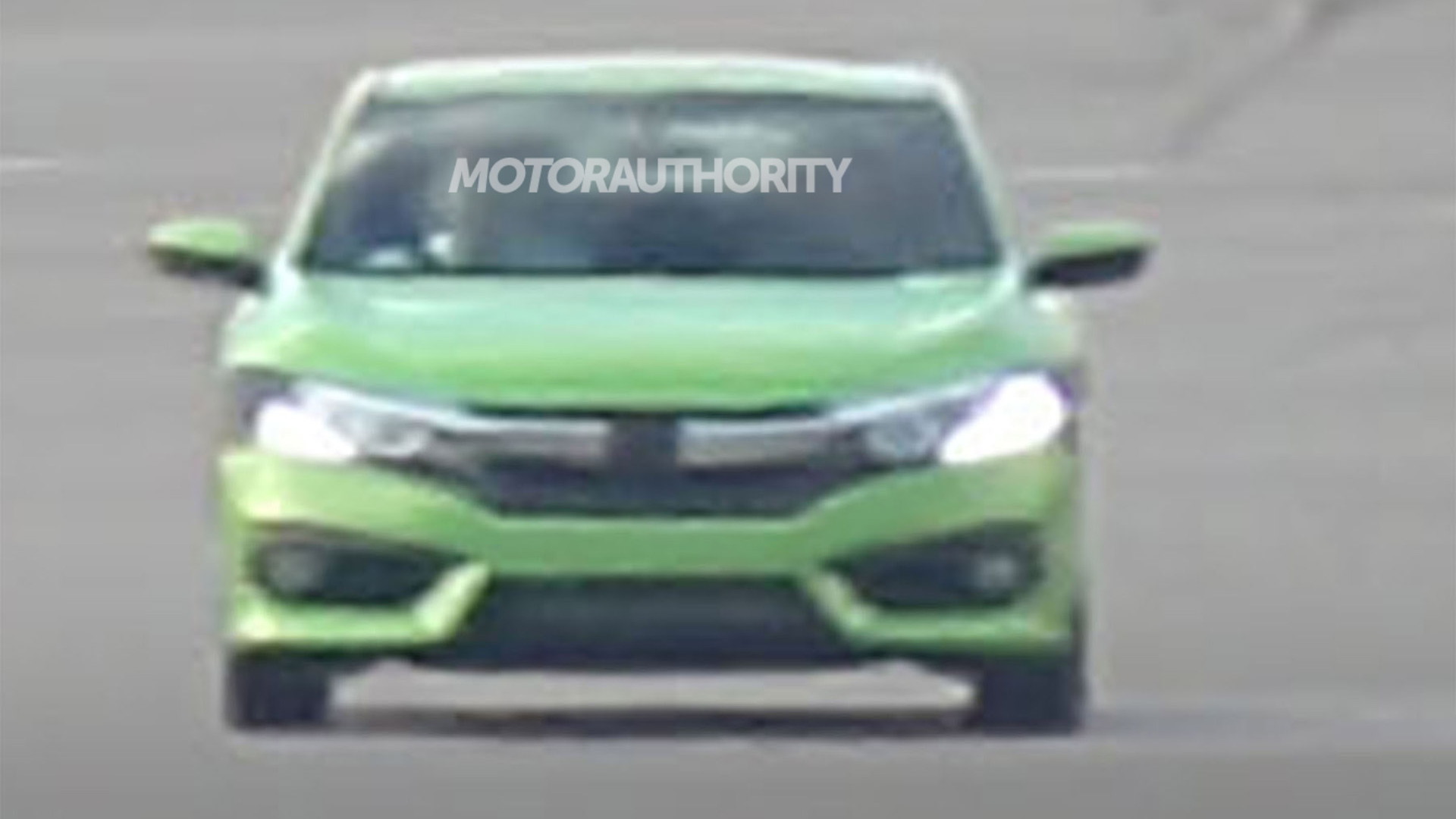 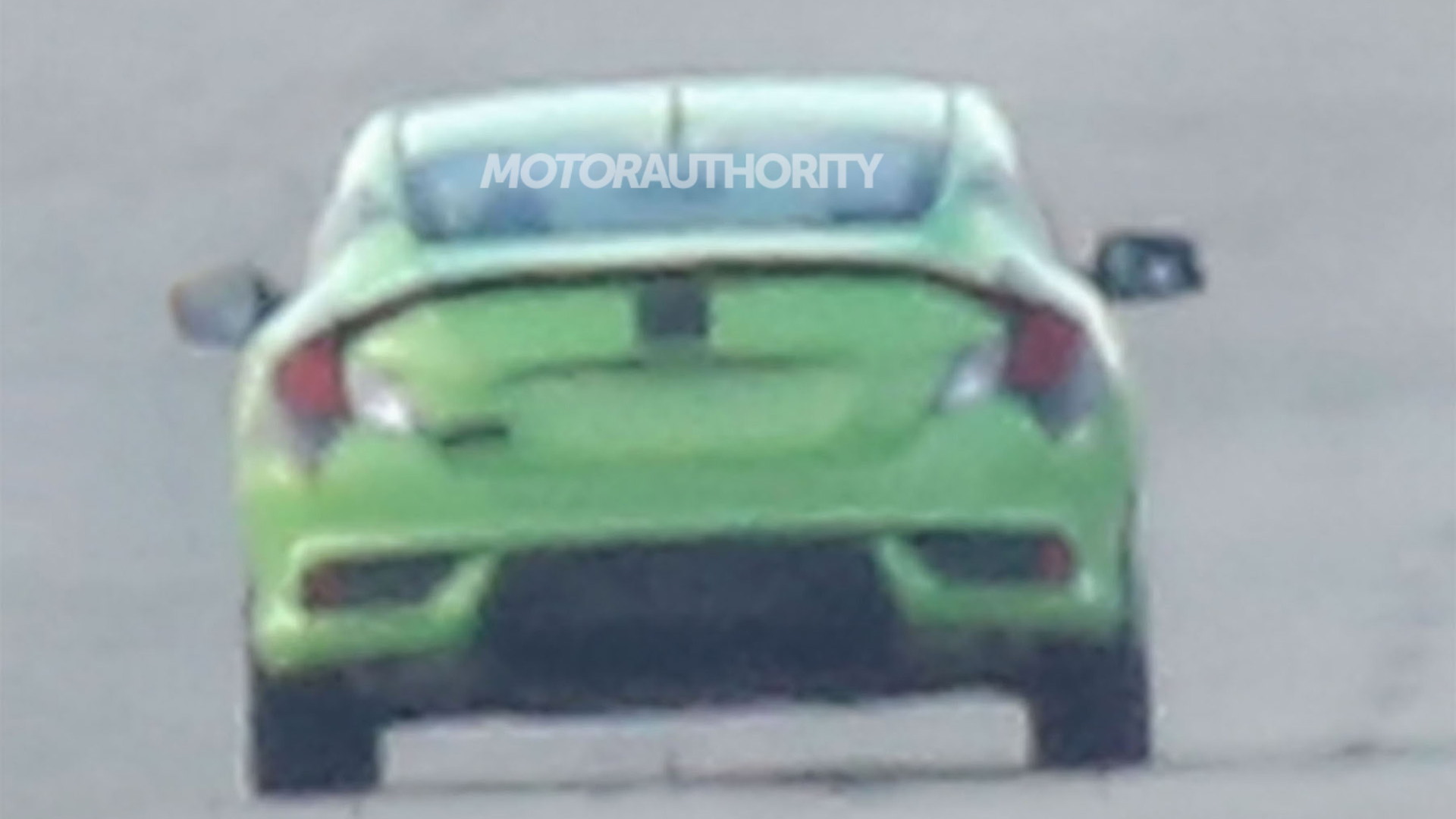 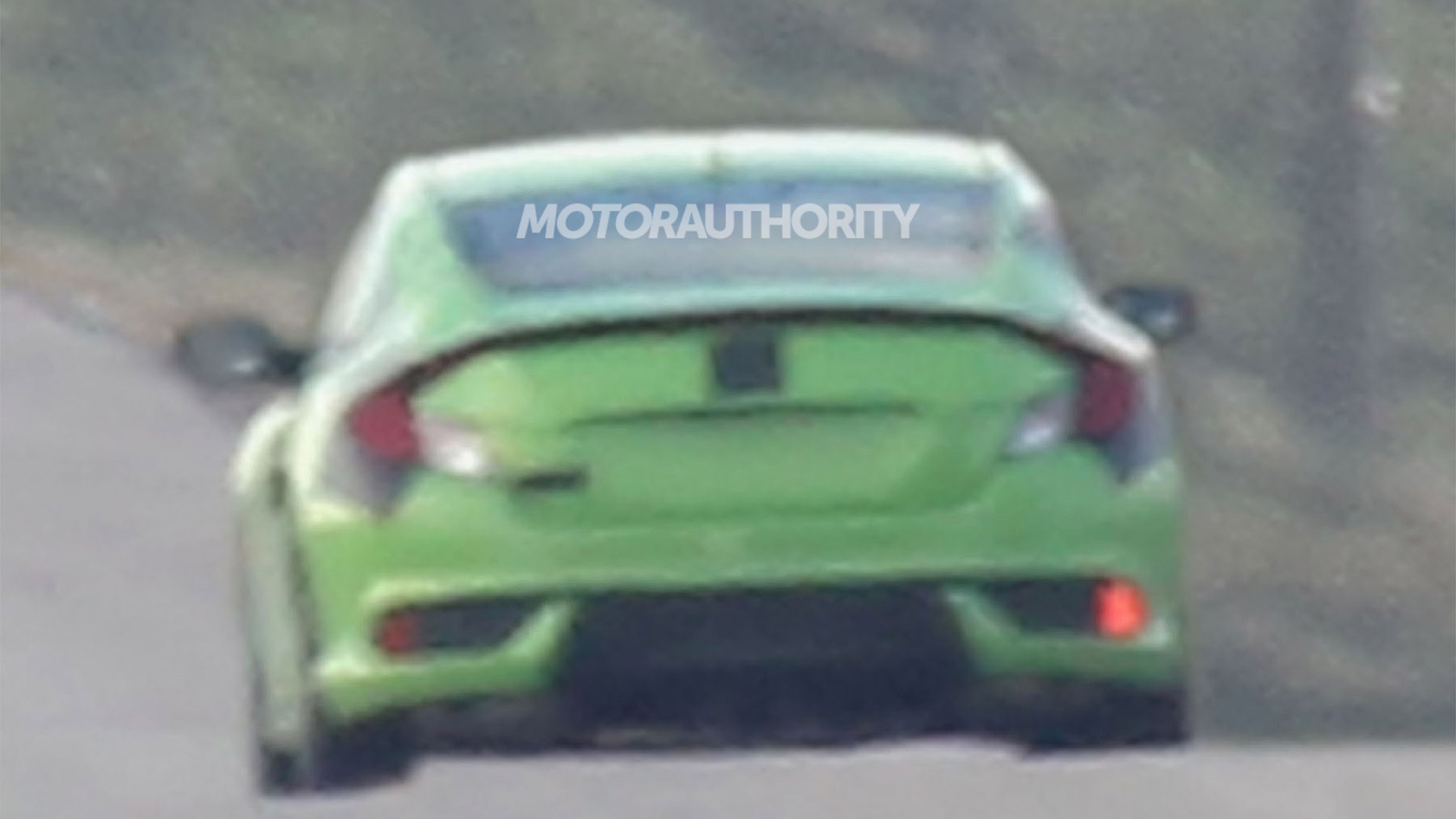 Honda’s all-new, 10th-generation Civic Sedan has just gone on sale and will soon be joined by its coupe counterpart. Honda only a few days ago confirmed that the new Civic Coupe will make its debut at next week’s Los Angeles Auto Show, and now we have spy shots of an almost completely undisguised version.

The tester features the same bright green finish used on the Civic Concept unveiled earlier this year, which was also a coupe. The latest spy shots, plus patent drawings that previously surfaced online, show that the overall design including the lights and character lines are virtually identical to what you see on the Civic Sedan.

Both cars share a platform that brings weight savings and improvements in torsional rigidity, ensuring that the 10th-generation Civic models are far superior to the predecessor models when it comes to driving dynamics. The suspension is also completely new, with redesigned MacPherson struts up front and a new multi-link rear setup mounted to a rigid rear subframe.

Expect the powertrains to be common to both the coupe and sedan. This means a 2.0-liter four-cylinder delivering 158 horsepower and 138 pound-feet of torque in base trim and a turbocharged 1.5-liter four with 174 hp and 163 lb-ft for those seeking more oomph. Drive is to the front wheels only and the transmission can either be a six-speed manual or CVT.

Note, this is only a standard Civic Coupe. Eventually, we should see another generation of the sporty Civic Si Coupe and perhaps even a high-performance Civic Type R Coupe at some point. At present we only know of a Civic Type R hatchback in the works but we’ve got our fingers crossed for more bodystyles.

Stay tuned for the full reveal at the L.A. Auto Show on November 18. A showroom appearance will take place during the winter. In the meantime, see what else will be in L.A. by visiting our show hub.