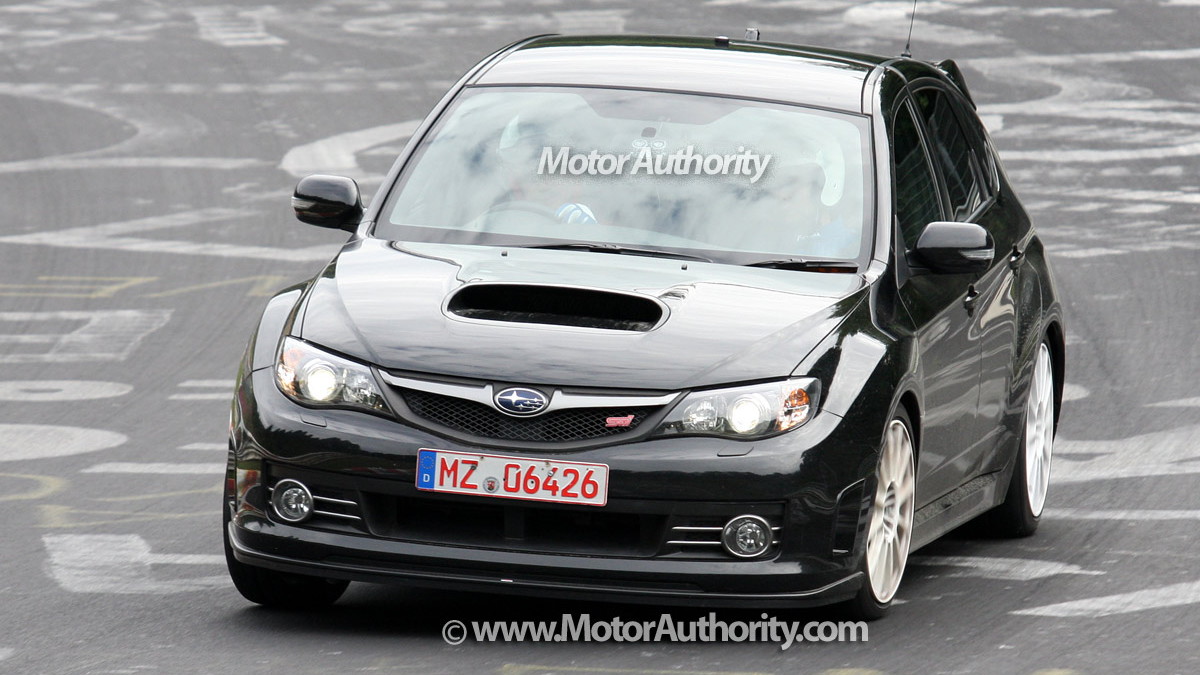 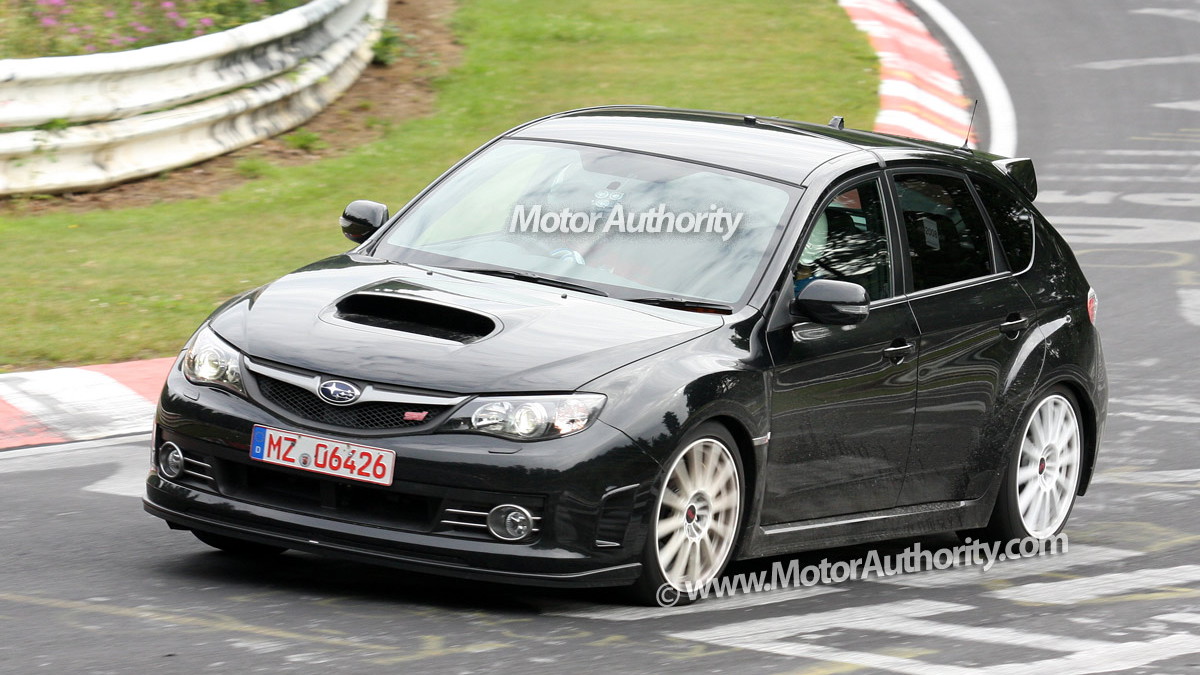 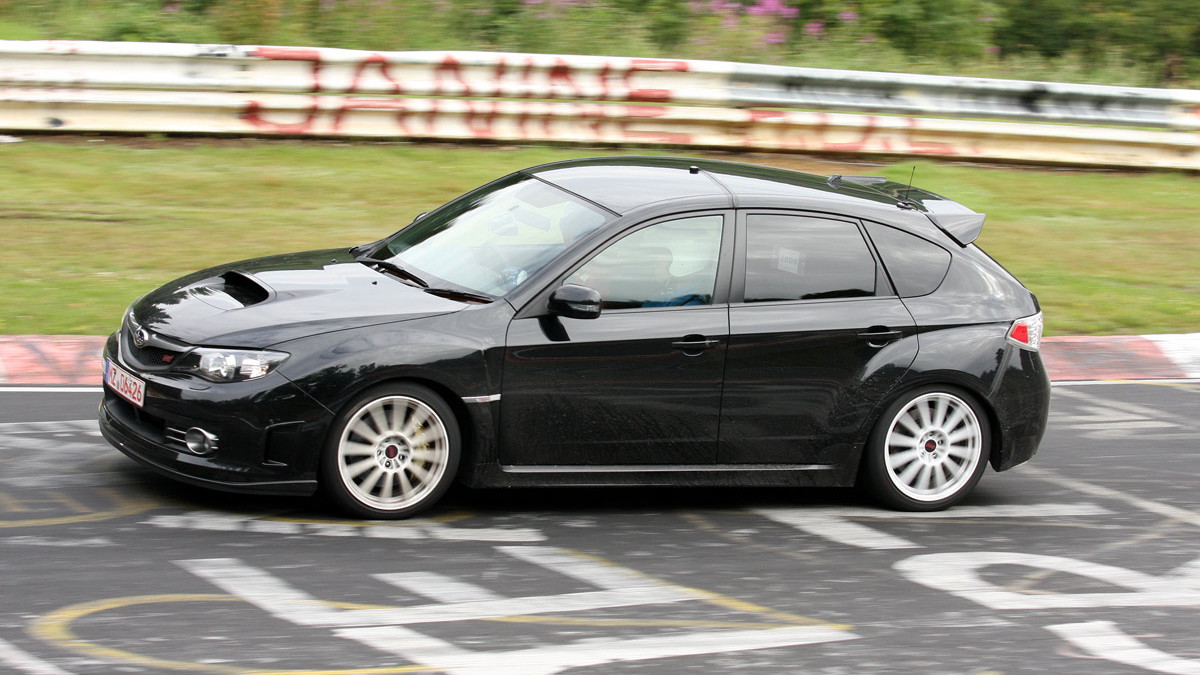 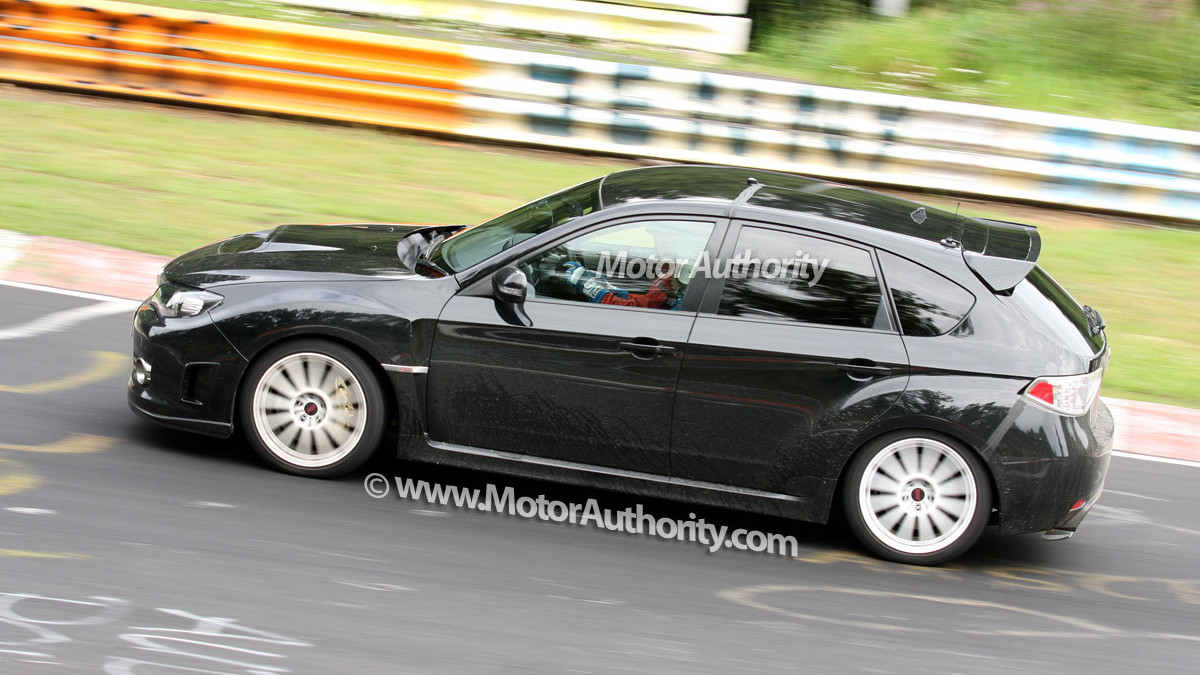 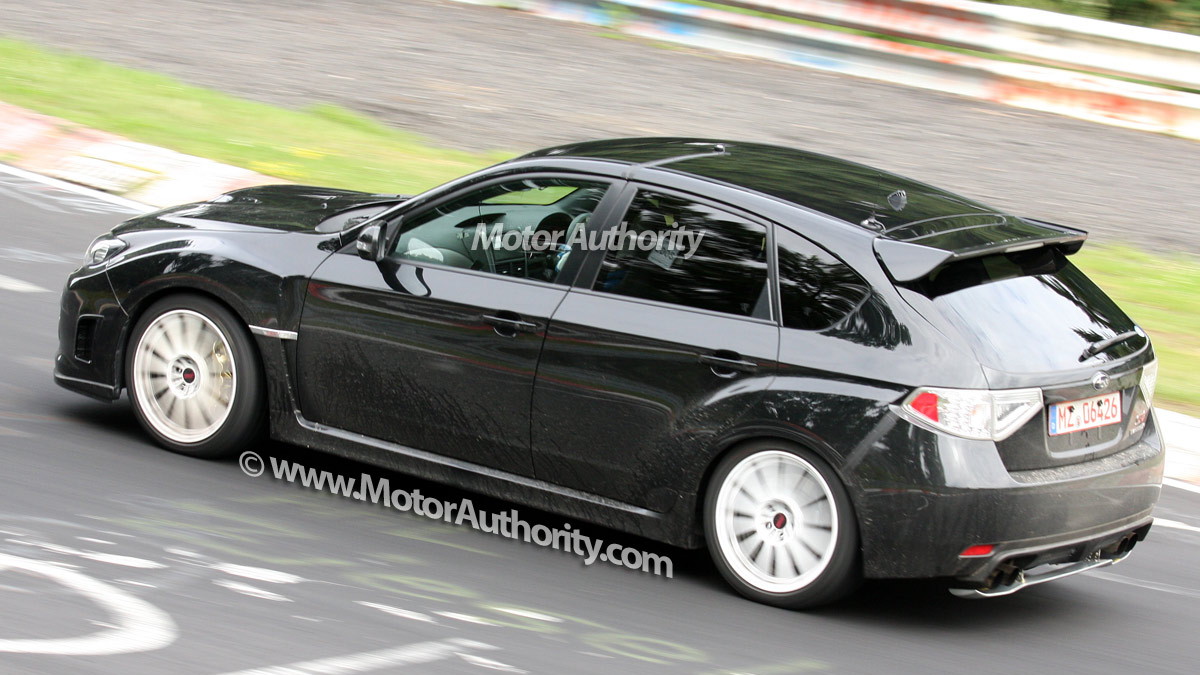 We first heard about the latest edition Spec C back in April when reports emerged claiming Subaru was working on building a lighter and more hardcore version of the new Impreza WRX STI. Prototypes of the new car have since been spotted testing at the Nurburgring, identified by their bigger brakes and new rear diffuser.

The final production version is expected to sport a slightly revised bodykit including a rally-inspired roof scoop and gold alloy wheels. To shed up to 70kg, engineers will install lighter aluminum panels for the roof and boot, a smaller battery and fuel tank and thinner glass. Similar specifications to the previous model launched back in 2006. There’s no word on any upgrades to the current 296hp (220kW) 2.5L turbocharged boxer.

Doing battle with the STI Spec C will be a new MR version of the Lancer Evolution, which is also expected to benefit from a host of cosmetic upgrades including additional vents on the front bumper, a new set of side skirts, a revised rear wing and a set of black alloys. The car will also sport a 305hp (227kW) version of the 2.0L turbo engine to put it ahead of its Subaru rival in the power stakes. Along with the power upgrade, the engine will also be reworked for better response at the top end and more low-down torque. The SST twin-clutch transmission will also get beefed up.

Both cars are expected to make their debut in Japan late this year or early next year.