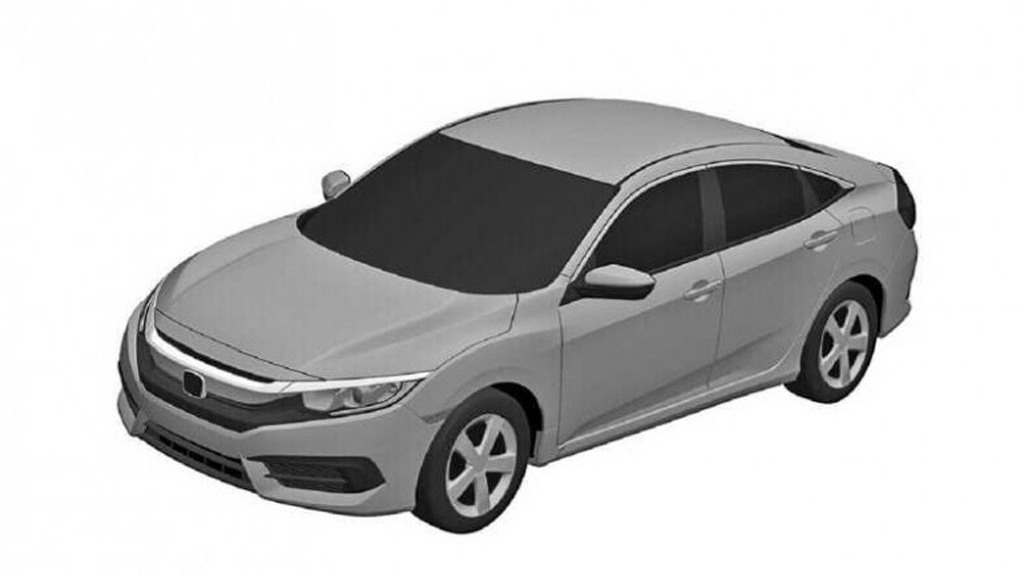 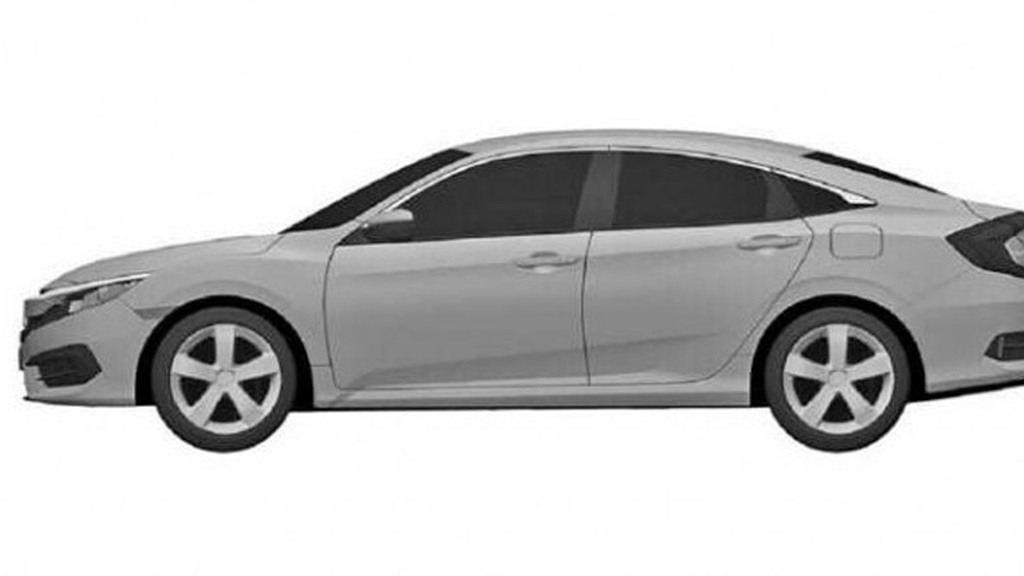 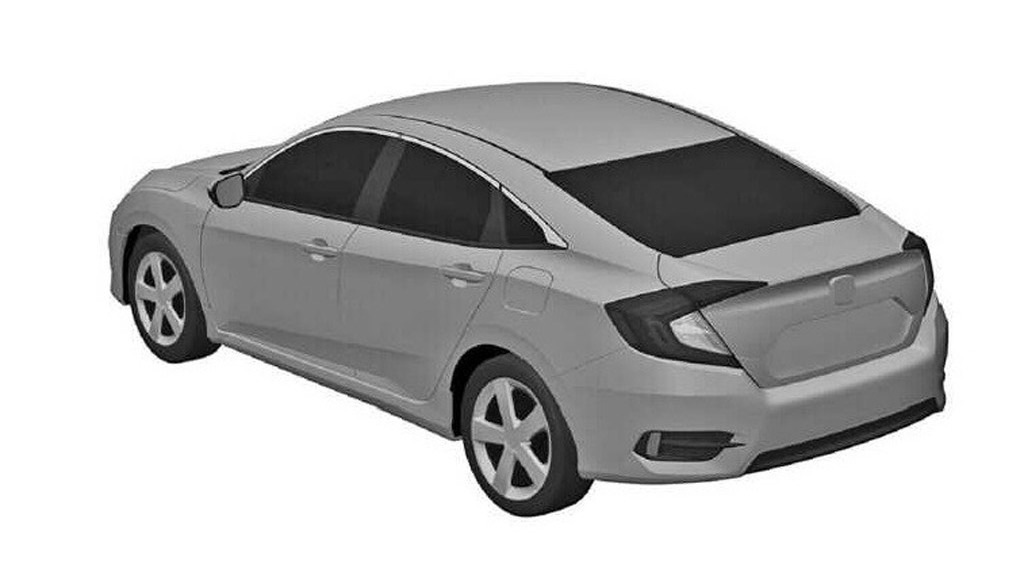 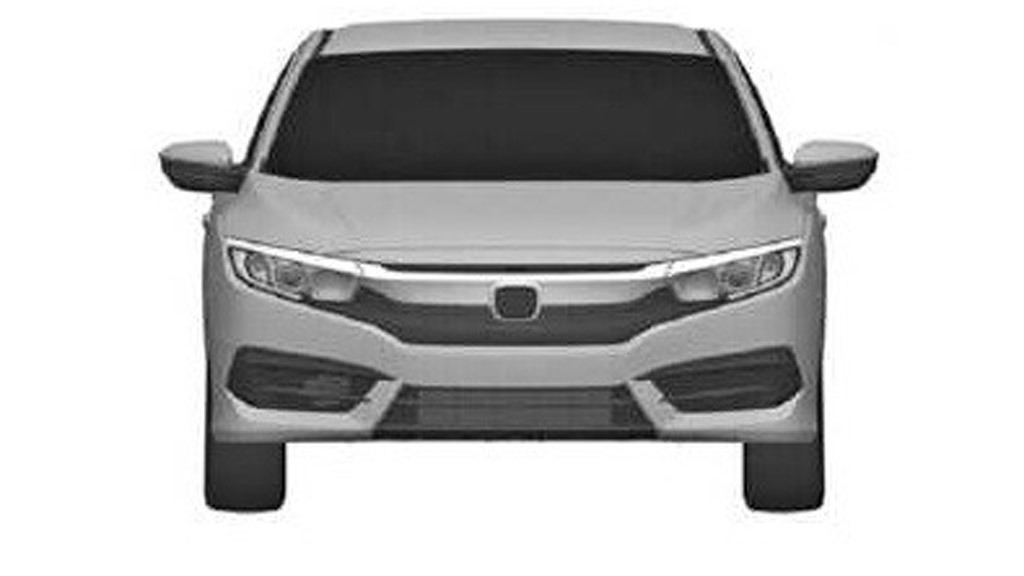 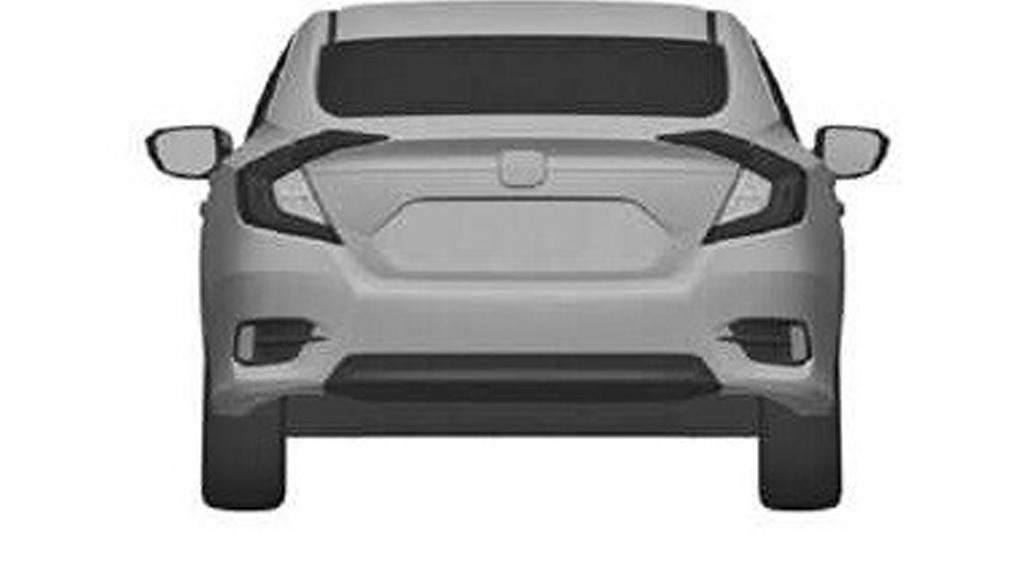 Honda gave us an early look at its next-generation Civic with the debut of the Civic Concept at the recent 2015 New York Auto Show. The concept was in the form of a coupe and hinted at the styling we can expect for new versions of both the Civic sedan and Civic Coupe that are being introduced for the 2016 model year.

Now, alleged patent drawings for both models have surfaced, potentially revealing the look of the cars in their production guise. The drawings, which were first published by Gizmag, show a much more aggressive look for the new Civic range, with elements faithfully transferred over from the concept.

ALSO SEE: Toyota Supra Driven By Paul Walker In 2001’s ‘The Fast And The Furious’ Heads To Auction

Most impressive is the tail-light design which integrates a rear spoiler. We also like the almost hatch-like design for the Civic sedan, which if accurate should mean greater practicality.

As we’ve already reported, the standard powertrain in the new Civic range is a turbocharged 1.5-liter four-cylinder engine with VTEC variable valve timing. The engine will be mated to either a six-speed manual transmission or CVT. For performance fans, there will be the familiar Si variant as well as a new Type R model.

The Type R is based on the hatchback version of the current Civic sold overseas, and comes with a turbocharged 2.0-liter four-cylinder with VTEC that’s good for 305 horsepower. It will be offered along with regular versions of the Civic hatch in the 2016 Civic lineup. The hatch models will be sourced from the U.K. while the sedan and coupe will be manufactured in plans in the U.S. and Canada.