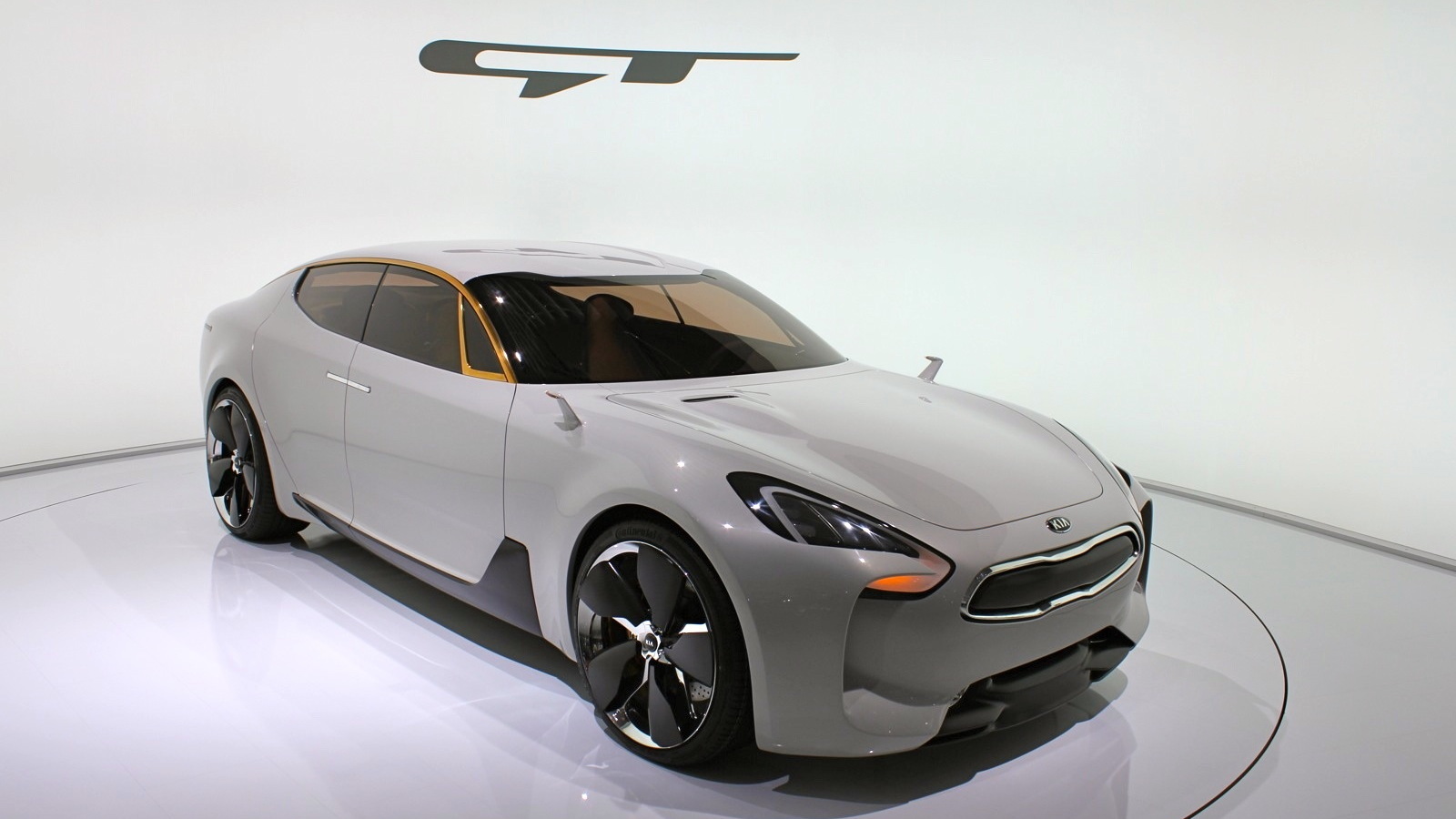 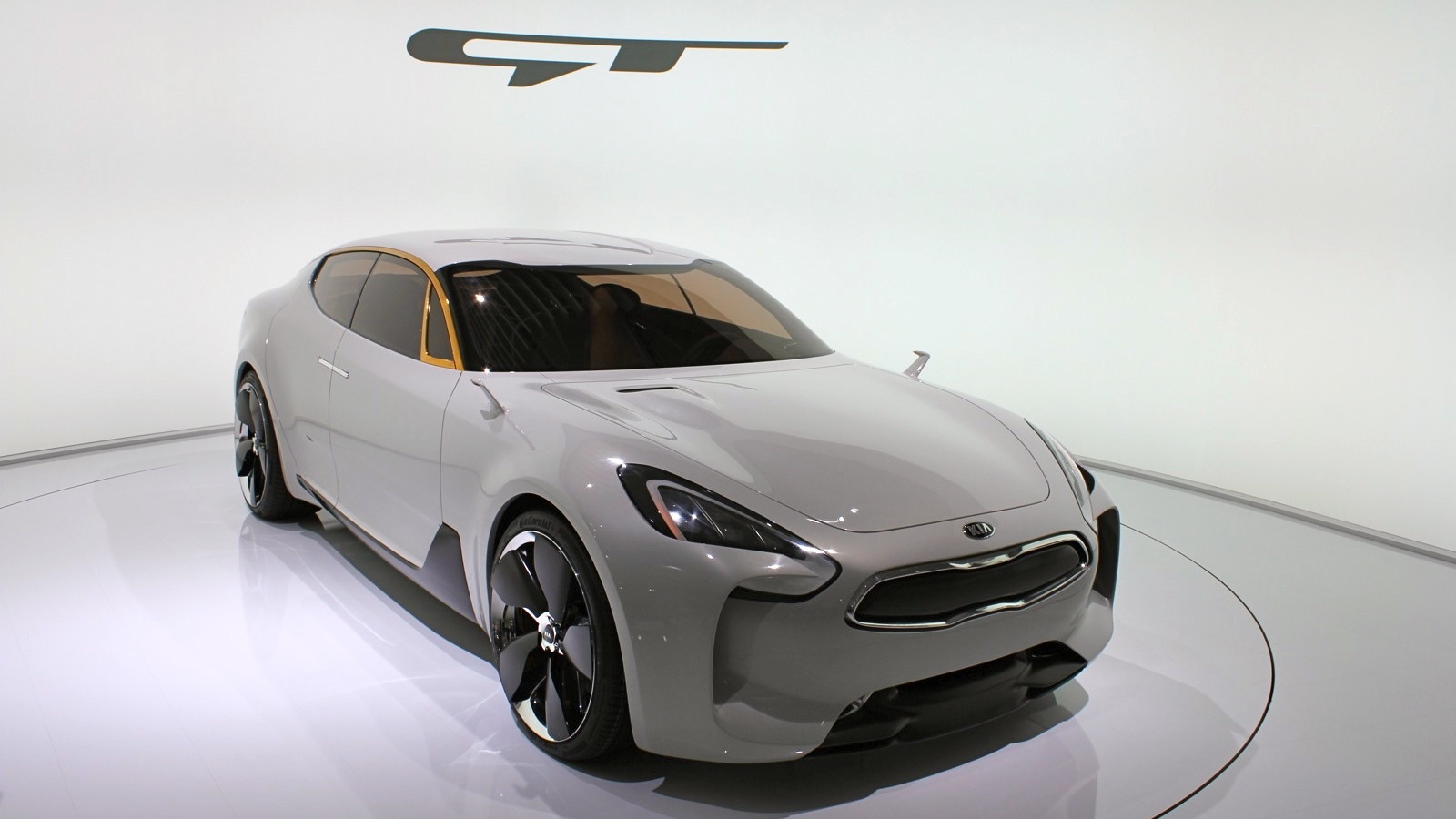 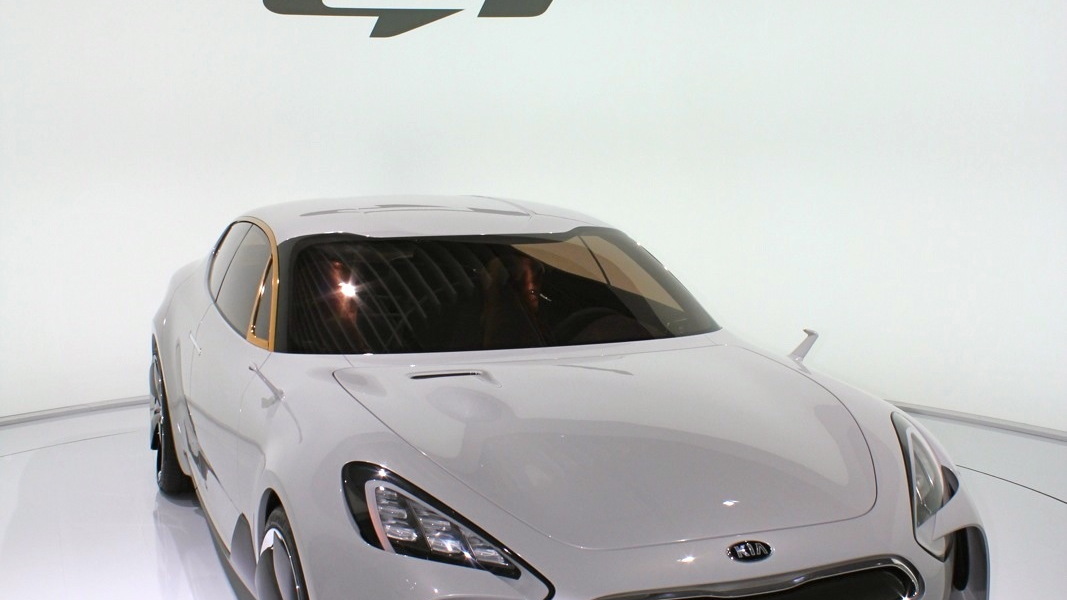 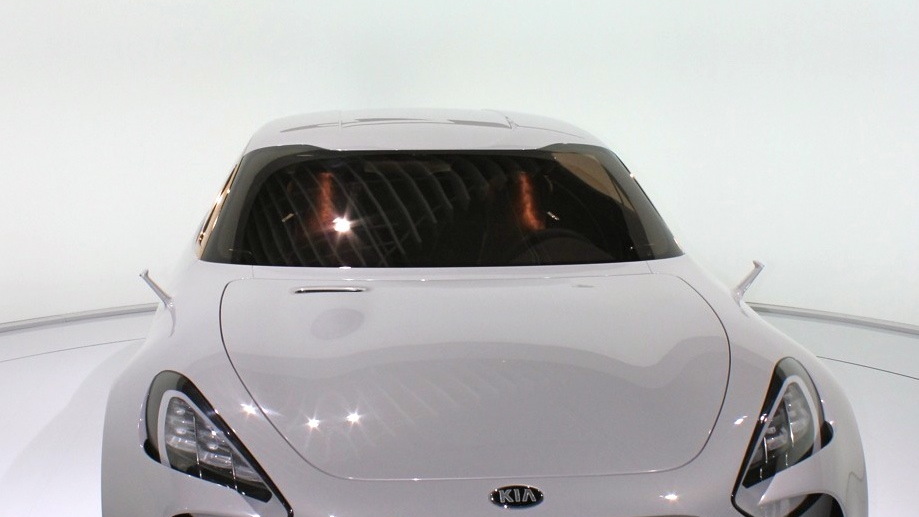 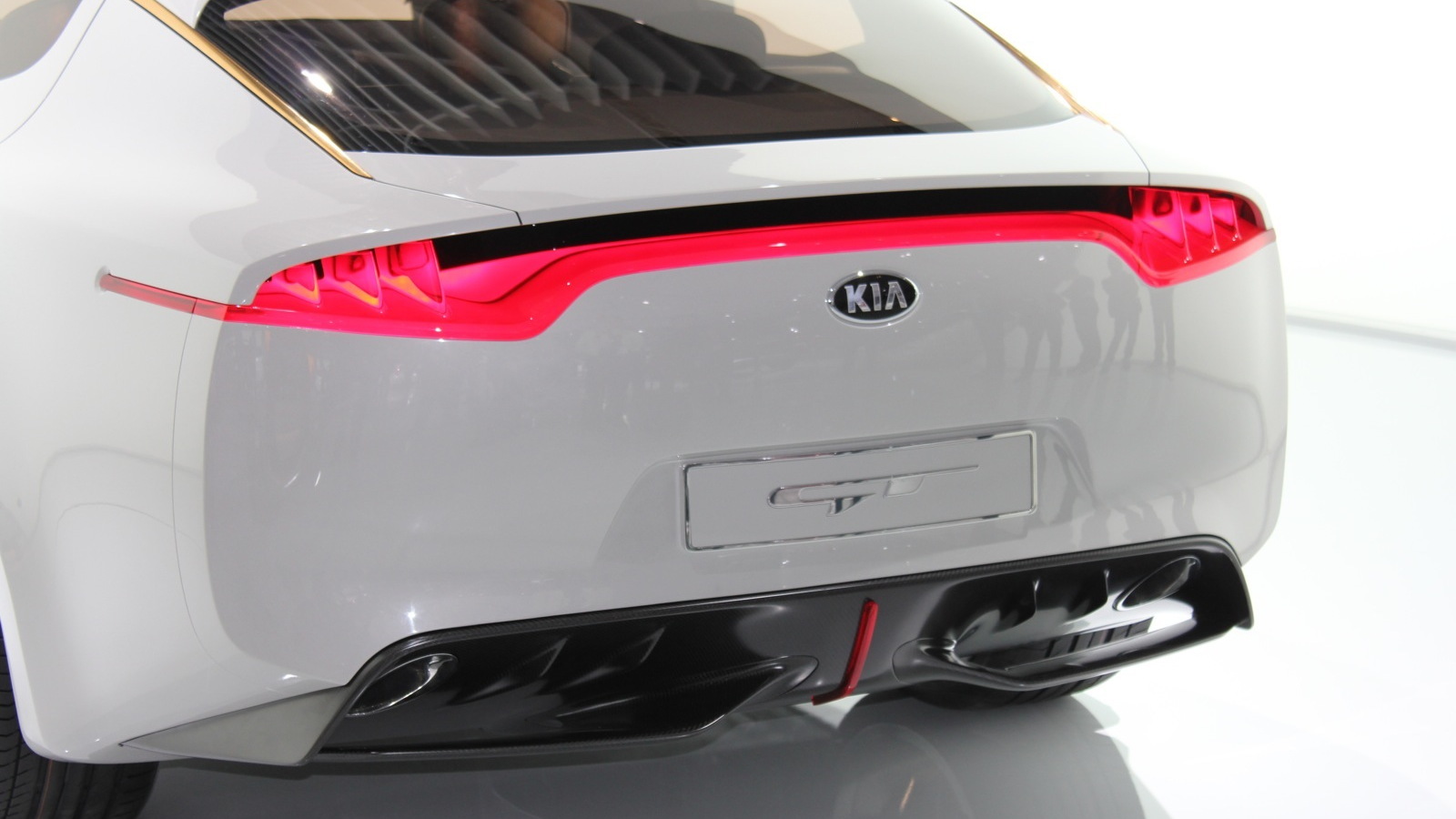 We've shown you Kia's official photos of its lovely new GT concept, and now we're giving you the firsthand look we grabbed earlier today, in between mobs of photographers eager to capture the handsome new hatchback for themselves.

Patterned after the rear-drive luxury grand tourers of the 1970s, the Kia GT is a rear-driver with the Audi A7 clearly in its sights. It's a stunning car in person, with suicide-style doors and bronzed trim that carries through to the interior, where the front seats are upholstered in a shimmering metallic gold, distinct from the dark tones of the back seat.

The powertrain features a turbocharged 3.3-liter V-6, with direct injection and an estimated 390 horsepower.

It's been assumed that Kia would eventually inherit a version of the rear-drive architecture that underpins the Hyundai Genesis and Equus, and if it were to enter production, the Kia GT certainly would give the automaker a distinctive body miles apart from the conservative look adopted by the Hyundais. But Kia's not admitting the GT is a go just yet--for that, we'll likely have to wait a couple more auto shows down the road.